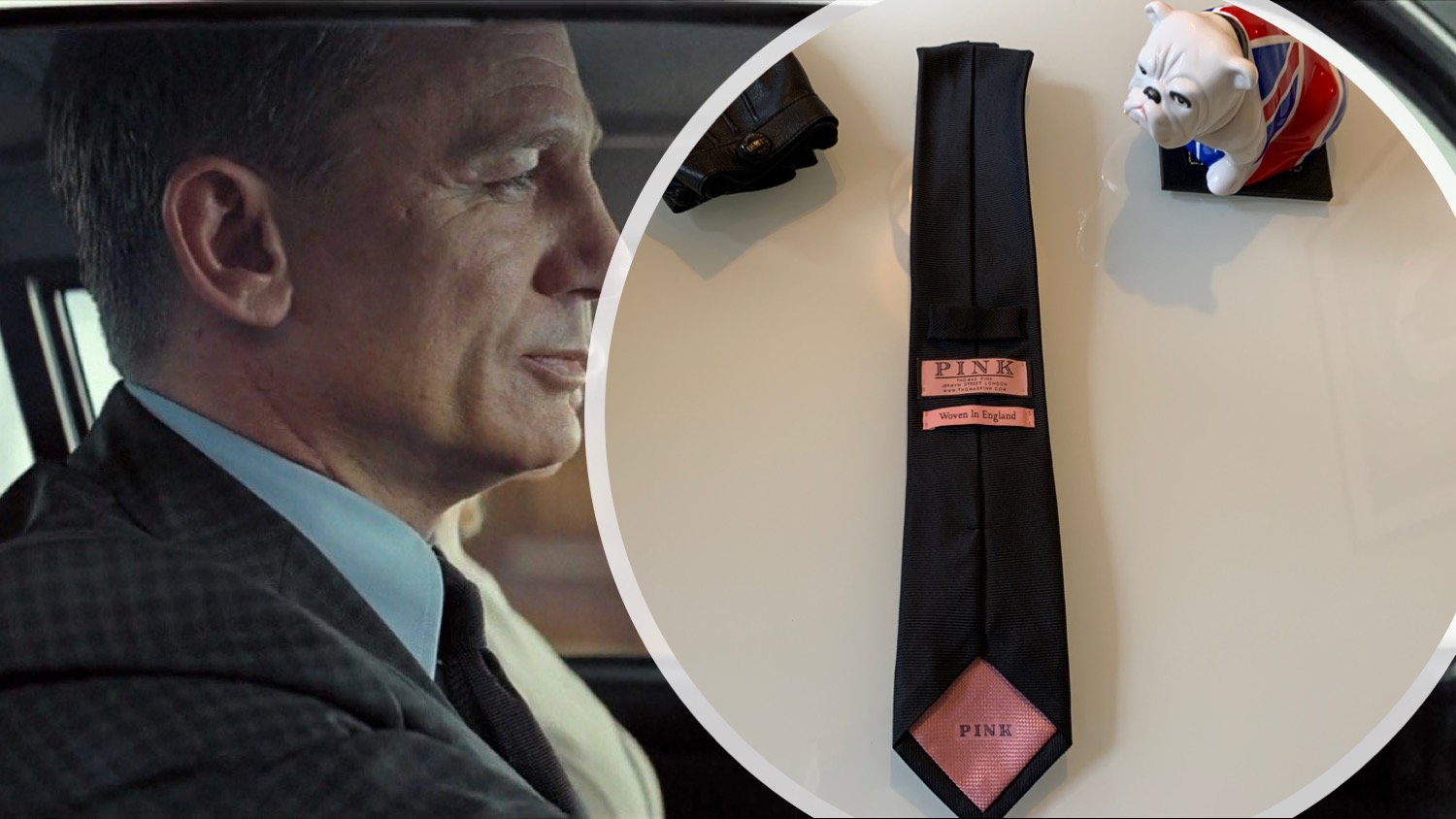 The Thomas Pink Alston tie is seen in the last 2 minutes of Spectre. Bond wears this with a TOM FORD Anthracite Damier three-piece suit, and a light blue shirt to visit Q and collect the Aston Martin DB5 which has been fully restored. Once in the DB5, Bond has put on a pair on Dents Fleming Driving Gloves and a vintage Omega Chronograph Caliber 321 can be briefly seen on his wrist. 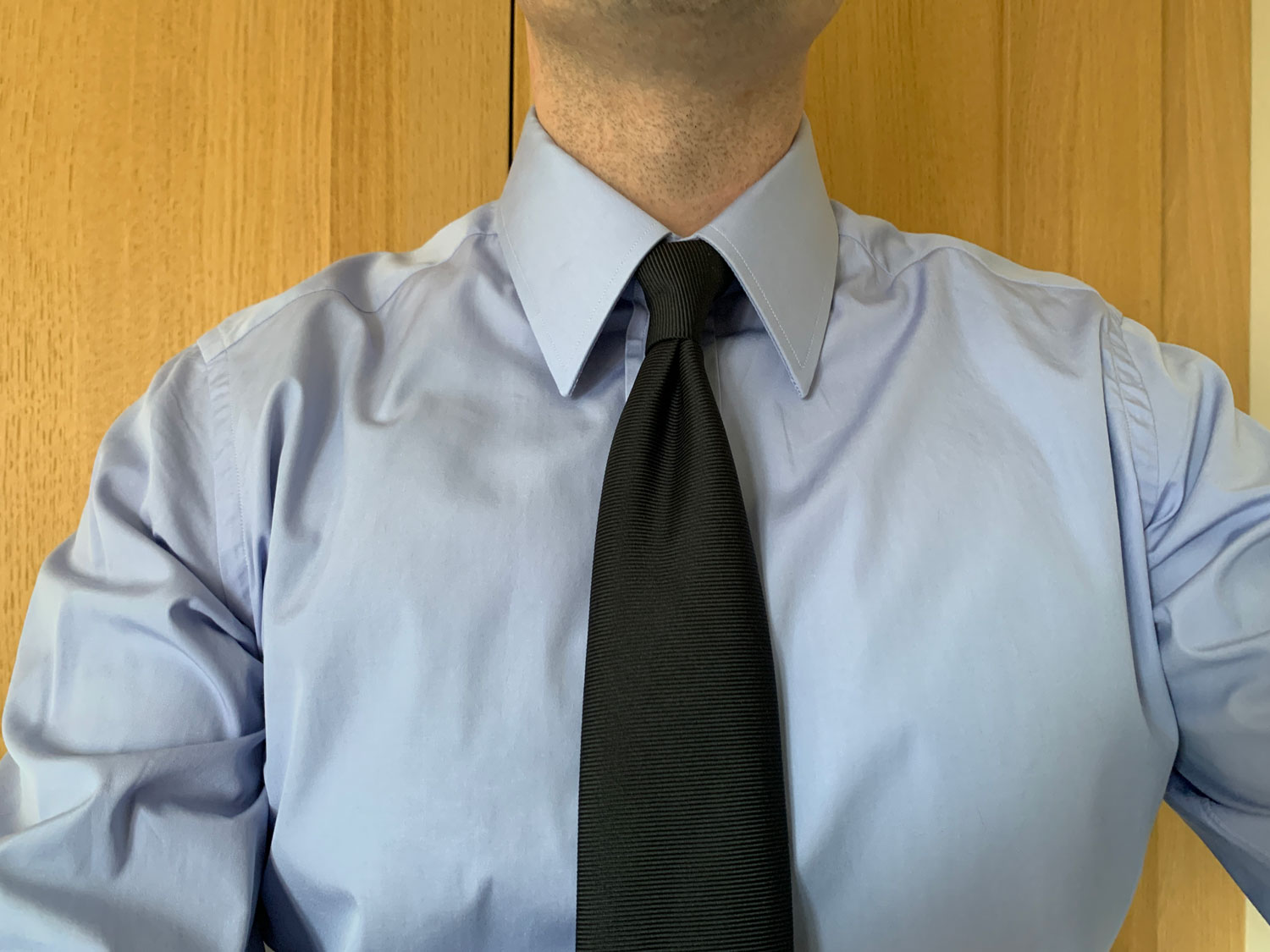 Learn more about Bond and his tailors in the book From Tailors With Love: An Evolution of Menswear Through the Bond Films.

I didn’t go looking for the tie. I’d already got the 5 from the capsule, so was happy with what I had, and quite frankly at the time, was all I could afford.  But I’d purchased the ties before seeing the film, so wasn’t aware of a second black tie. I do remember asking in the TOM FORD store about the brown tie, but little was known about it. 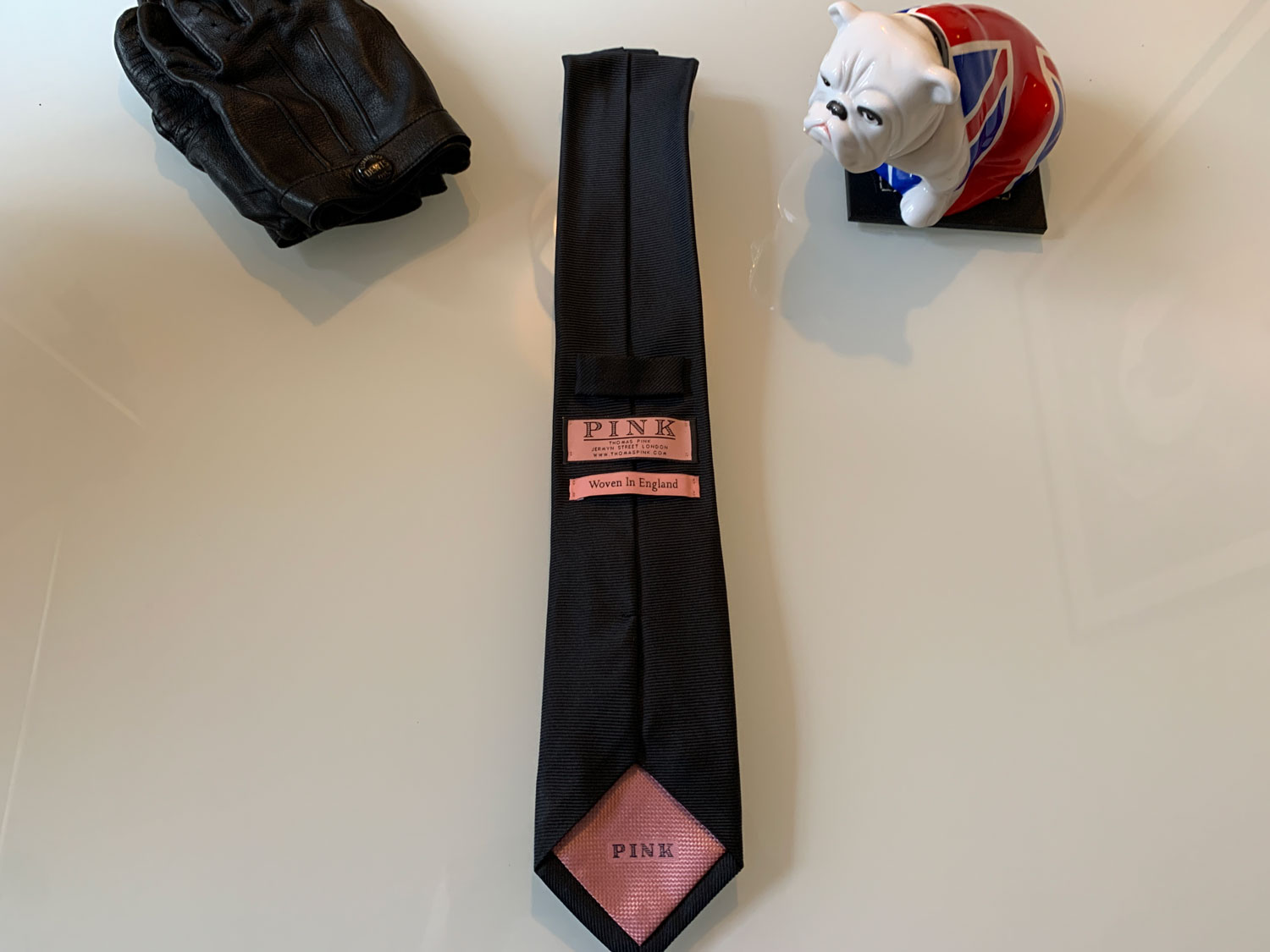 I don’t remember who discovered that the tie wasn’t TOM FORD, but I made the purchase of the tie from Thomas Pink in August 2016, direct from their website.  I’ve known about Thomas Pink, seen them frequently going down Jermyn Street, in some department stores, and in airports. I was also extremely fortunate that at the time the tie was also on sale at 50% off, meaning I purchased a Bond tie for £30! Bargain! 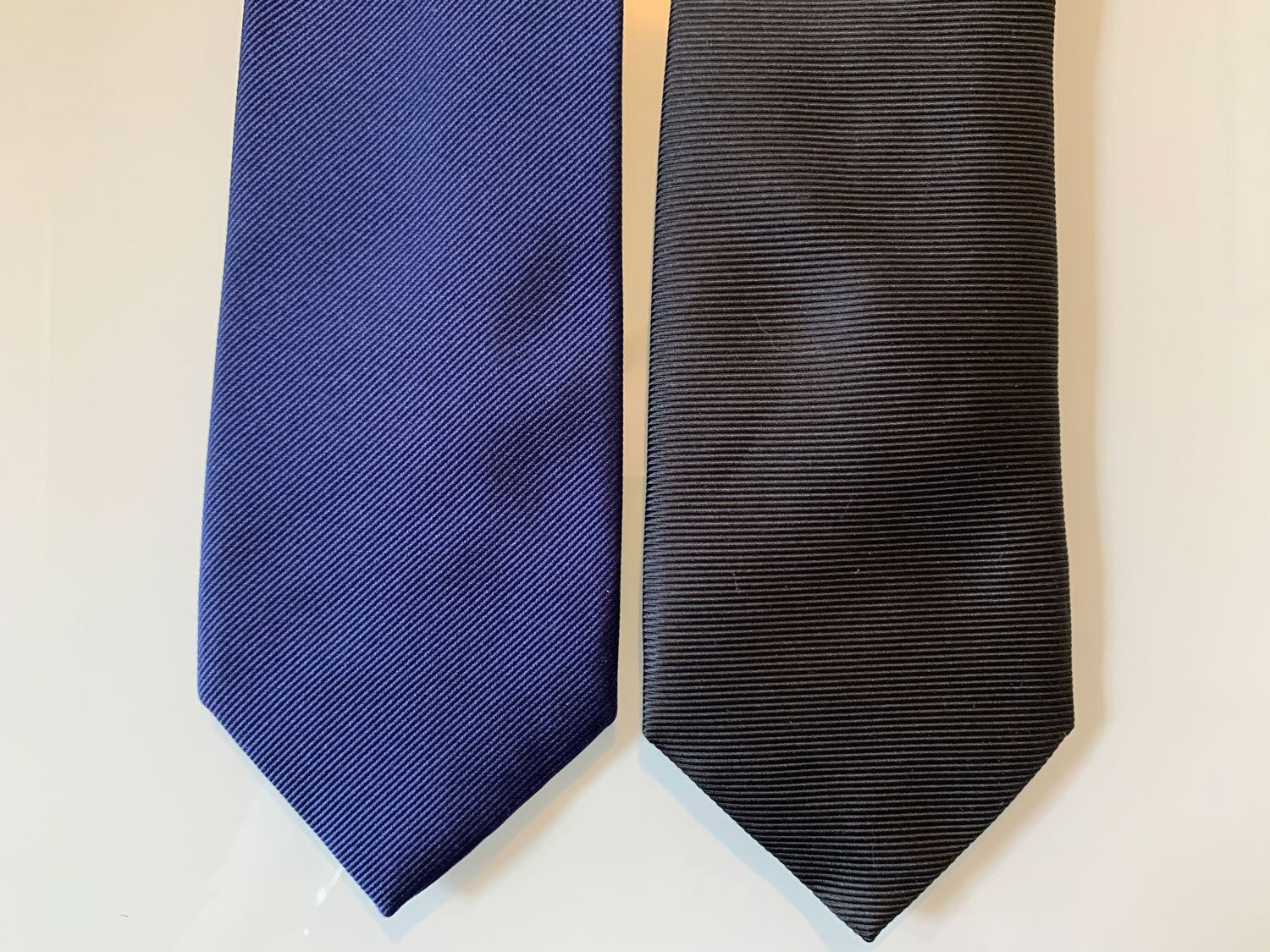 The tie is in keeping with the rest of Bond’s standard ties, in terms of size and shape and the subtle patterning of the tie. Comparing this tie to the standard TOM FORD Spectre ties (and not the Rome tie) it is very slightly wider with a width of 8 cm. However, slightly shorter in length, by 5 cm at 152 cm (tip to tip).

The tie knots well in a four in hand knot, like Bond uses. However, unlike the TOM FORD ties the creases don’t fall out as easily. I had gone to get the tie for this review, having not worn it in over a year, and it still shows signs of its previous wear. Although once knotted it doesn’t show these creases. The Thomas Pink tie presents well either with a white or light blue shirt. It is a nice alternative to the TOM FORD. 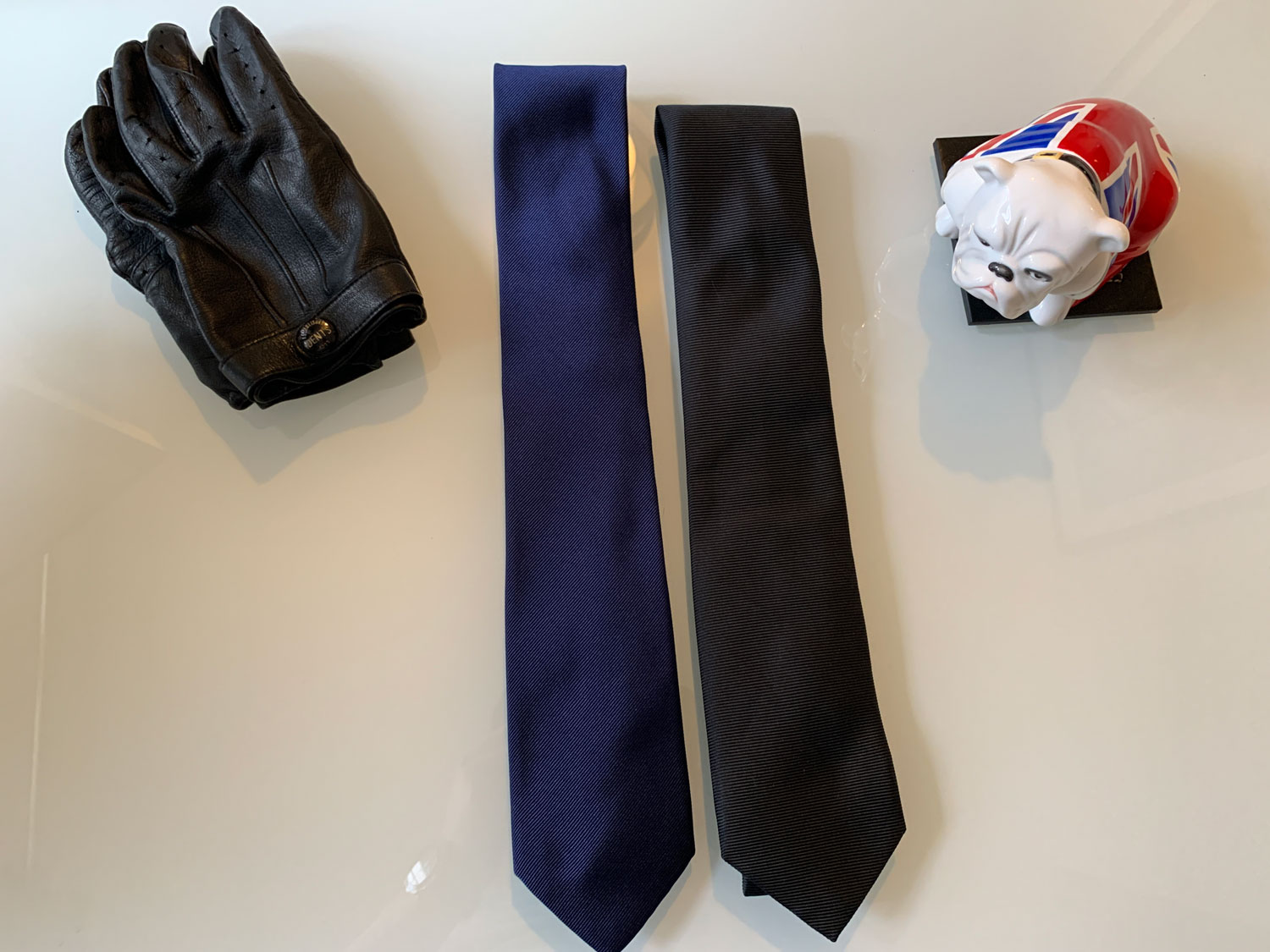 Like I mentioned, I purchased this when it was on sale, so it quickly sold out. This one tie is the only item I have from Thomas Pink. AND that might be the only item I’ll ever own.  Having looked at their website I found that it’s been replaced with a message saying they’ll be back soon.

Looking at Wikipedia, Thomas Pink rebranded to “Pink” in 2018 but made major operational losses in the same year. In August 2020 it closed its Jermyn Street store and all others in December 2020.