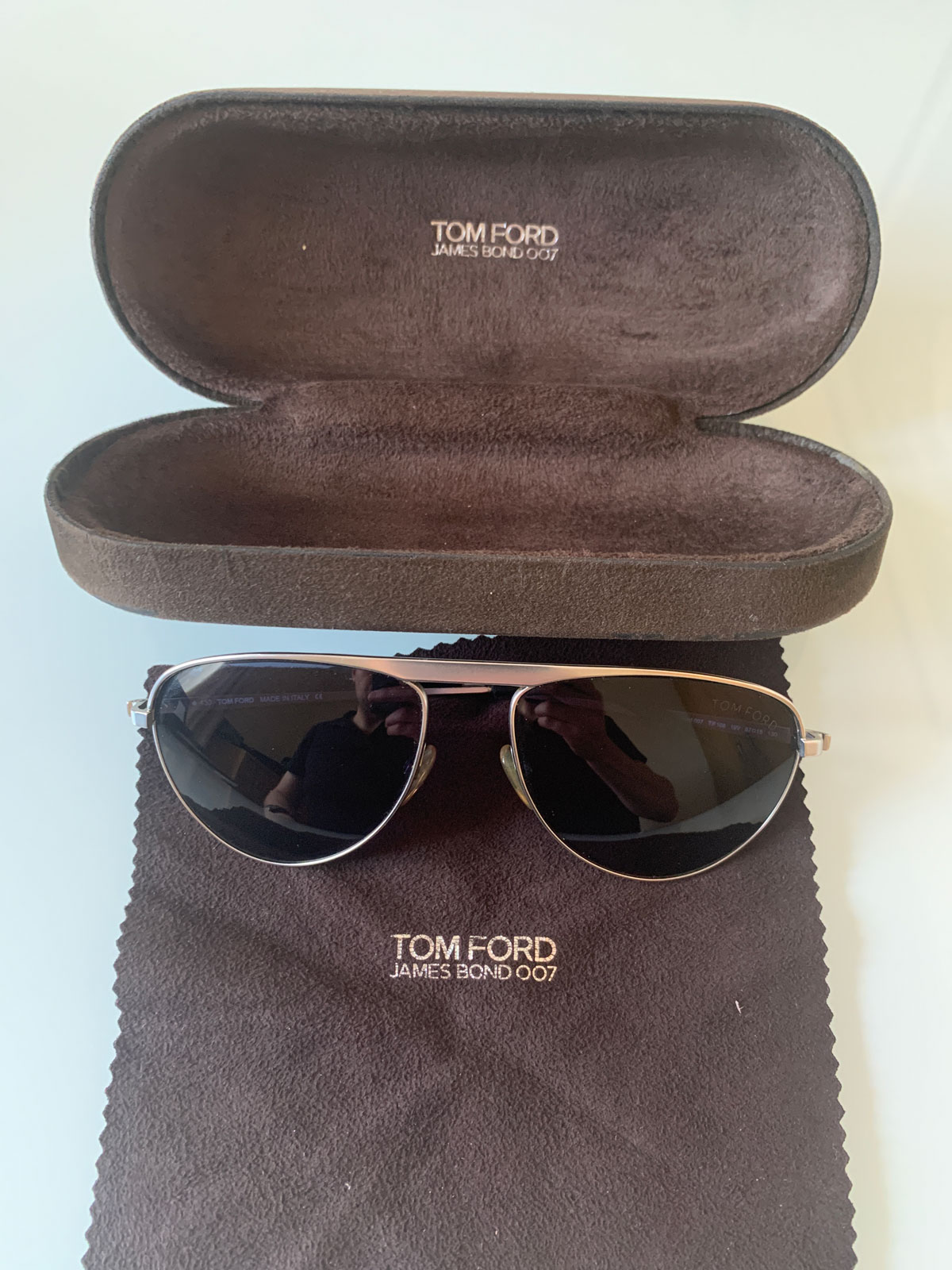 These Tom Ford – TF108 sunglasses featured in Quantum of Solace, was my first purchase in connection to the James Bond franchise. I was in an Airport heading for Zante with my friends from school.

I always take a look in the duty free in an airport, and that’s when I spotted these! They looked great, and impulsively, I bought them. I had never spent so much on such an item.

These sunglasses came with a special “James Bond 007” edition Tom Ford box, case and cloth, all in the standard brown used for the glasses up to Spectre. The glasses themselves are very light and thin arms (these were replaced after being sat on and the arm broke!) with leather tips to them, compared to the Marko which have plastic tips. 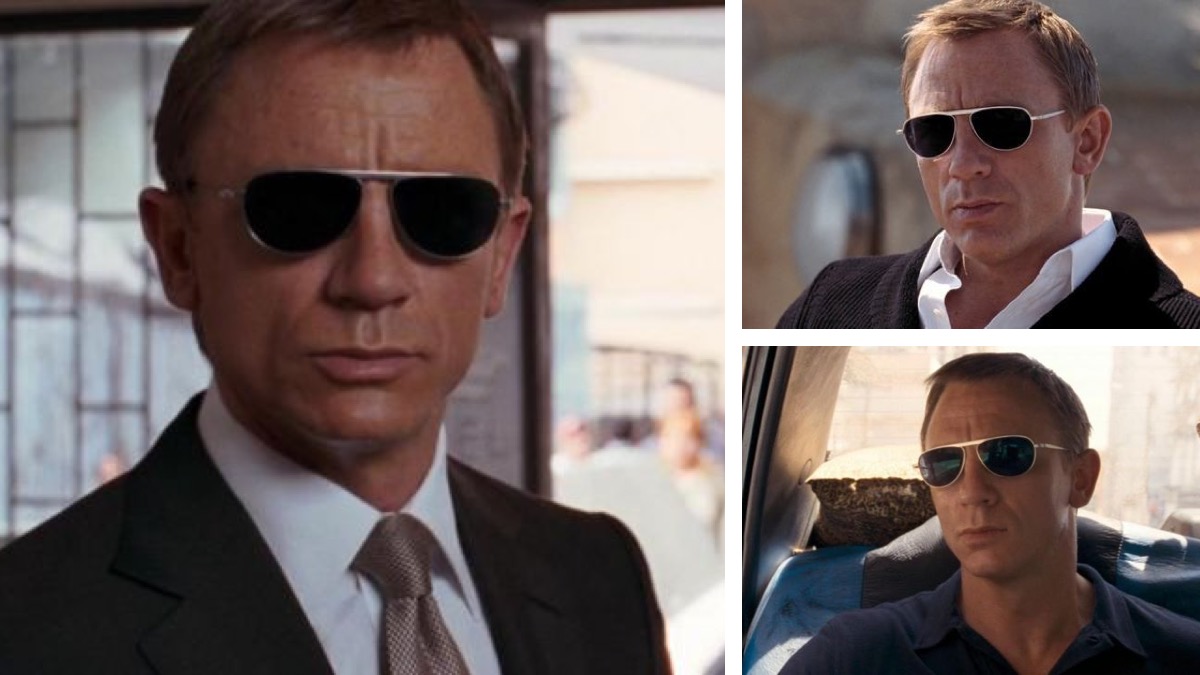 The lenses are smaller than the replacement Marko frames in Skyfall, although both are blue, I think these ones are slightly brighter. The sunglasses with silver frames with blue lenses are very light and comfortable to wear. However, I don’t tend to wear these too much these days, preferring the Marko glasses instead. Why you ask?

The arms are quite loose, which could be fixed by tightening the screws, but also the one of the lenses pops out every now and then! I do need to take them to an optician to be looked out. 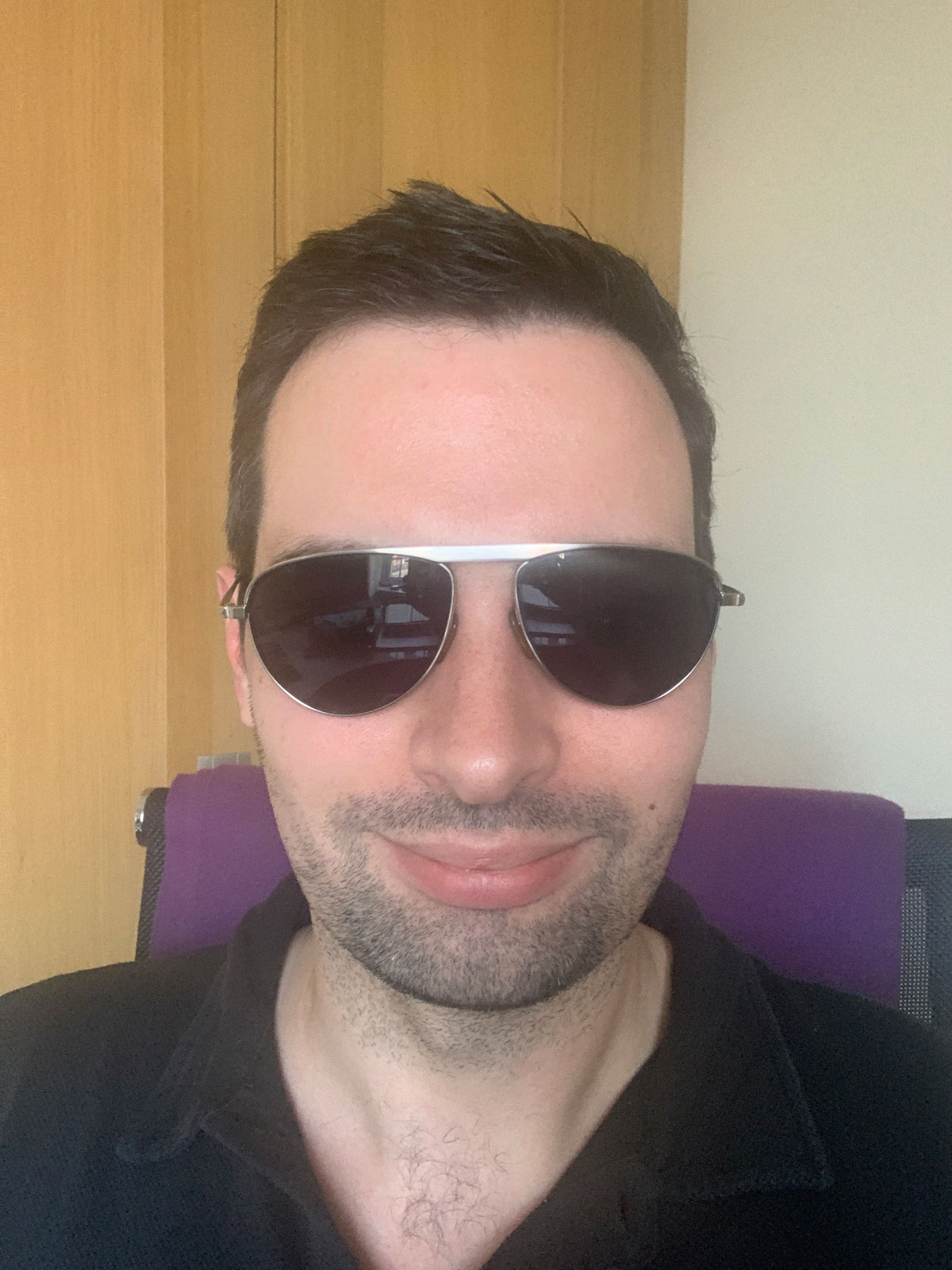 Thankfully I’ve not done much damage (to this pair!), but I do feel that they are quite fragile, maybe because of these experiences I leave them in their box. They are my first actual Bond purchase so hold a great deal of sentimental value. I’d  never want to sell them despite the prices I’ve seen for them! I’ve seen these glasses on eBay for some real silly money, 5k GBP brand new last time I checked). They are not worth the prices being advertised! Out of these and the Marko, I go with the Marko! The Marko I think fits my face better and I think they are harder wearing, plus better value for money. 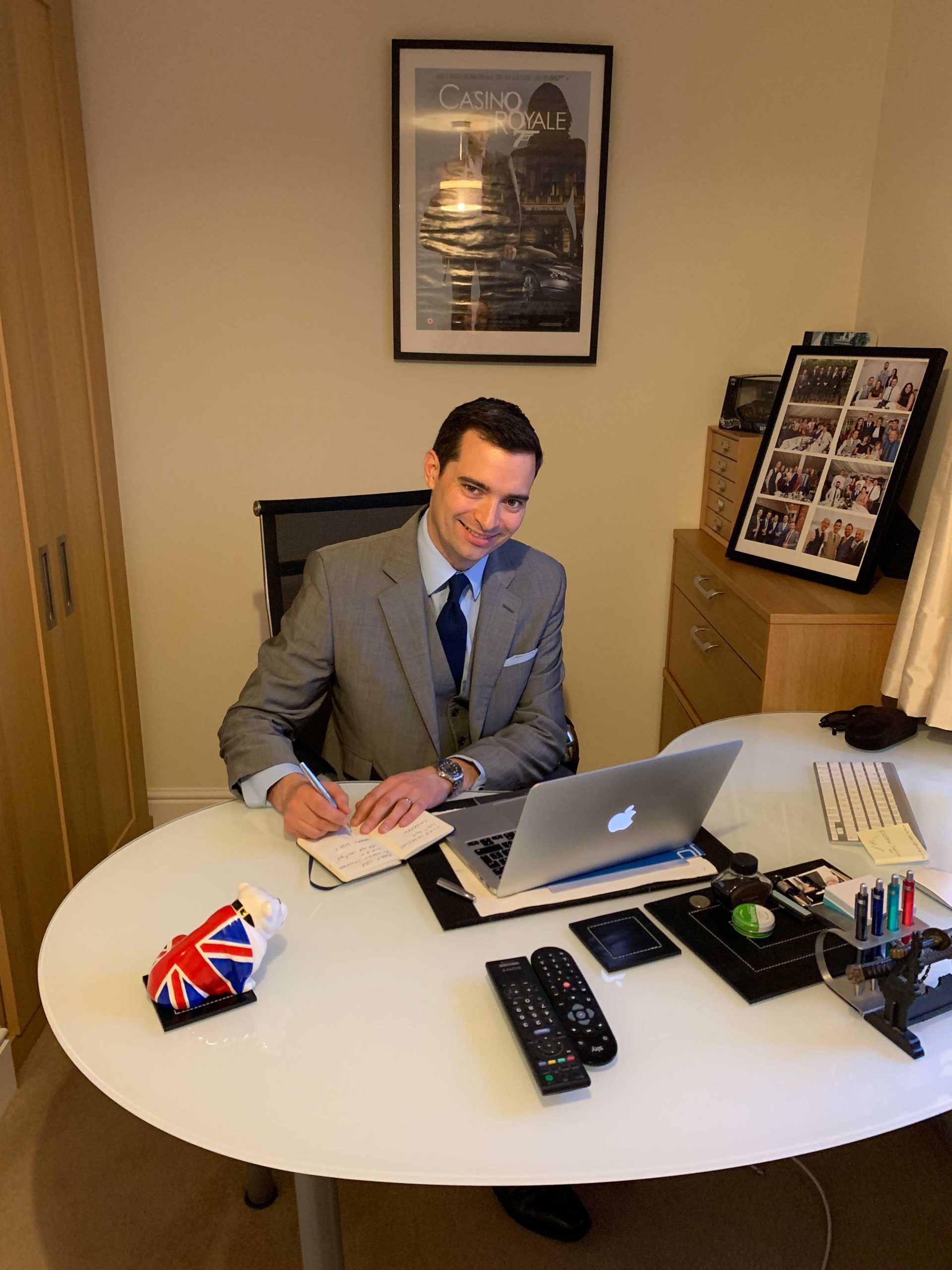 In case you’re wondering how much these TF108 glasses are worth on the market right now they have just come up for auction on Prop Store, estimated to fetch $4-6k. They are described as,

Made by Tom Ford, the aviator-style sunglasses feature a brushed metal frame with blue tinted lenses. The arms display black leather temple tips with the brand logo printed on both sides.