These TOM FORD Marko Sunglasses from Skyfall my go-to sunglasses for such a long time!

The Marko (TOM FORD from this point named for all the glasses as well as well as having a model number) are aviator style sunglasses, with a shiny rhodium metal frame, black plastic temples and blue lenses.

They came in the standard TOM FORD brown box, sunglasses case and cloth that all their models come in. These were and are a standard edition item, not a James Bond Limited version like before. 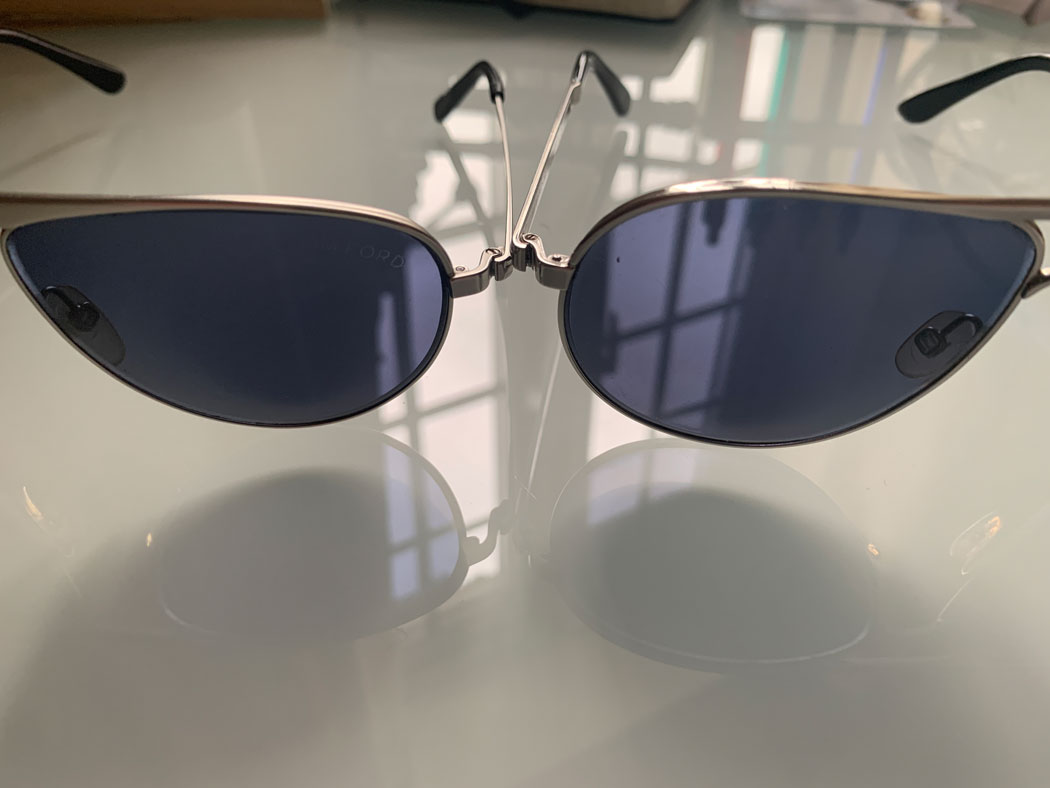 First of all, comparing them to their predecessor from Quantum (TF108), they are a slightly larger frame, which look better on my face. The lenses are blue again in a slightly different shade (however it is so slight I can’t tell the difference).

It comes with plastic temples rather than leather and a double bridge instead of a single. The TF207 Willian glasses were identical to the TF108, with the exception of having a double bridge. The alternate frame and lens colours are no longer available. 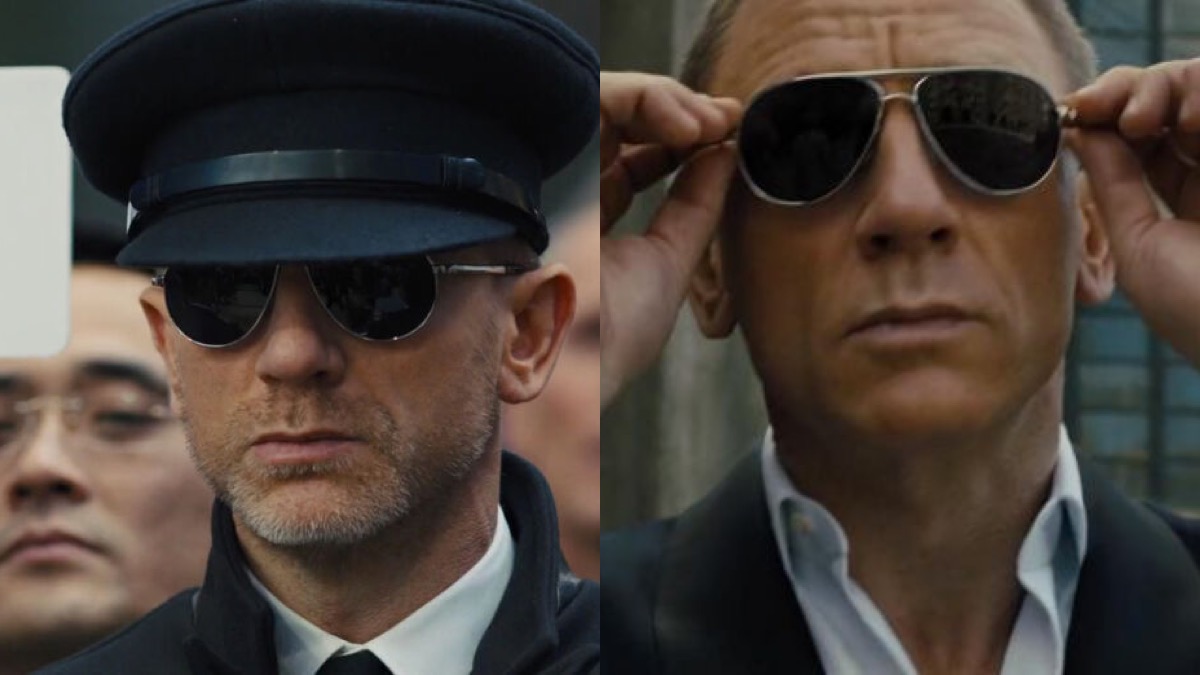 For the amount of screen time they had (Airport scene disguised as a chauffeur, and then later with his evening suit on Silva’s island) you probably wouldn’t have seen much of a difference, until you’ve watched it for the 5th or 6th time maybe?

Now unlike previous reviews, I don’t have a record of when, where and for how much I bought these for, I do know I had them at some point in 2012, so I’ve had them for at least 8 years, and they are still available via TOM FORD to purchase as a unisex pair of glasses, suitable for the Bond guy or girl in your life, making this a nice present for them for a Birthday or for Christmas! 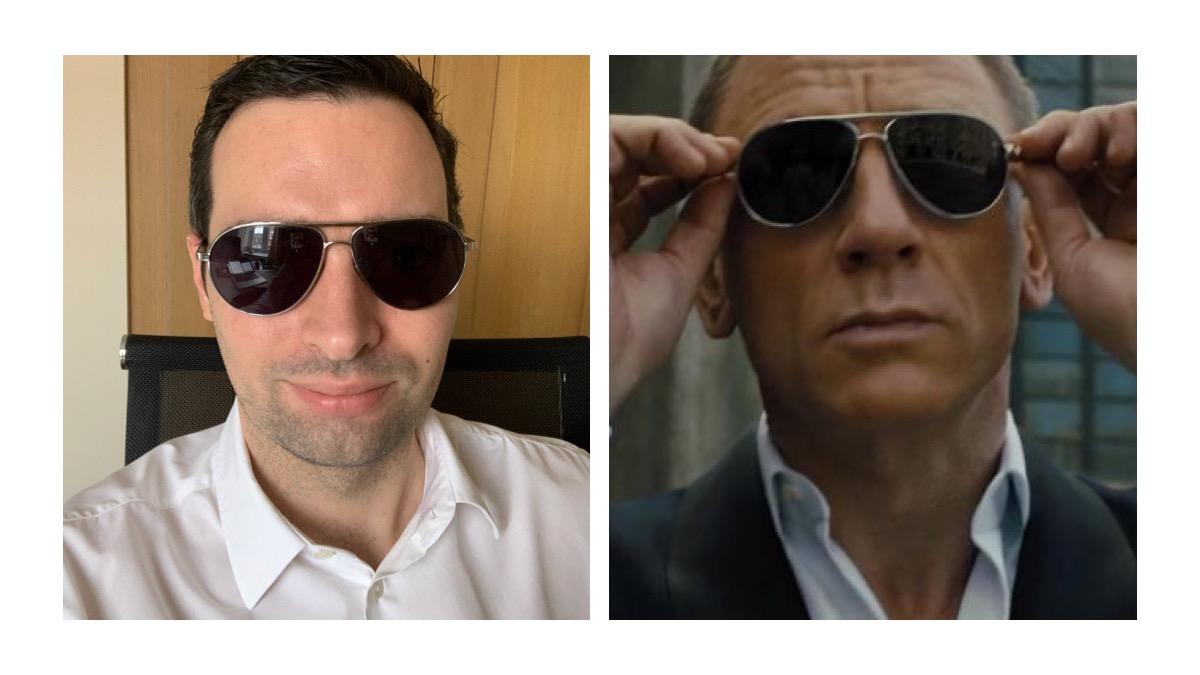 Now I’ve said these are my go-to glasses, why is that? Well they feel extremely comfortable to wear, some glasses I wear can feel uncomfortable after a while behind the ears, this is because the blood flow gets interrupted and causes the pain after a while, these don’t! 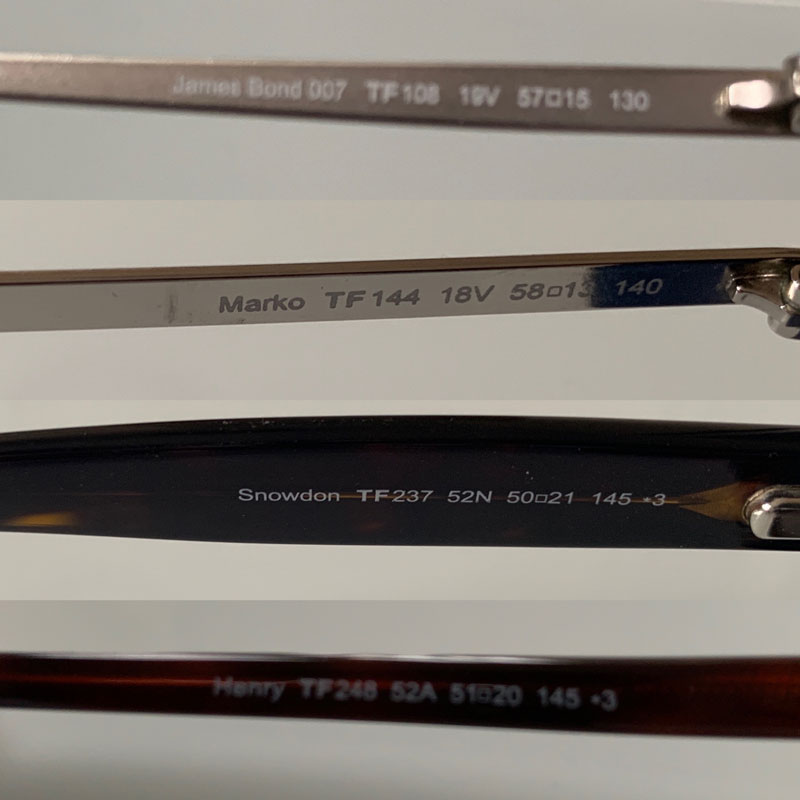 They feel secure on my face, I don’t feel that they’ll fall off if I bend down to retie my shoelace or pick up something from the floor.

I think the aviator style works with most outfit choices. I wear these in suits, in smart casual and casual outfits, I even use them to run in my gym clothes.

The glasses have worn well, I don’t see any damage or scratches to the frames or the lenses, despite dropping them on occasion (mostly when not wearing them and having them dangle from a t-shirt or jumper). 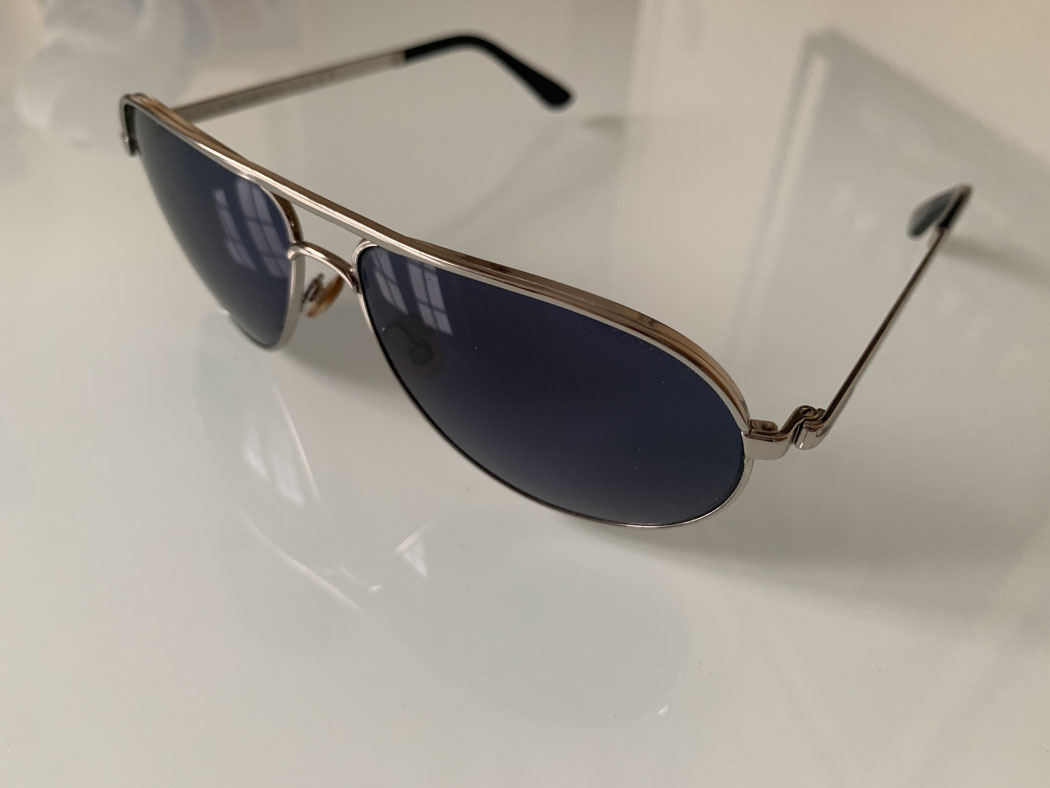 One admission is that the nose pads were replaced, this was due to an accident when in Marbella. Whilst in the sea an unexpected wave hit me and took off the glasses. I did manage to find them, however one of the nose pads was missing!

Slightly annoyed I continued to wear them with the one nose pad, no one noticed, and it wasn’t uncomfortable. Fortunately for me, Porta Banus has the only TOM FORD store in Spain, which came as a surprise and reassurance. I went in and showed the issue, and they replaced both pads for free! 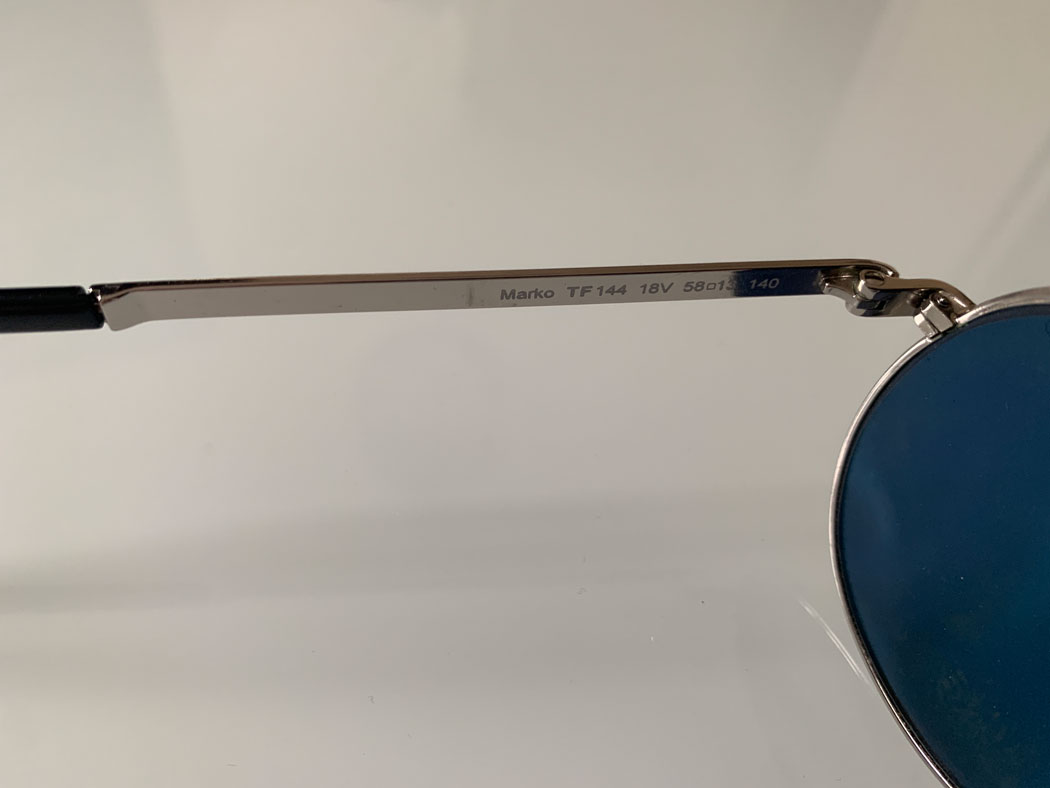 I highly recommend these Sunglasses from Skyfall to any Bond fan. The style can suit anyone, and they can go with anything. They are still available 8 years on from Skyfall, mine that are 8 years old look in really good condition. They have endured the test of time, and the sea!

I have called these the TF144, and not FT144 (as displayed on the TOM FORD website) as on the arm of the glasses (pictured) you can see it clearly written as TF144. I’m not sure why they do this.

I have also checked the arms of the Snowdon (TF237) and Henry (TF248), and they have the model identification as TF and not FT. So I’ll continue as that. 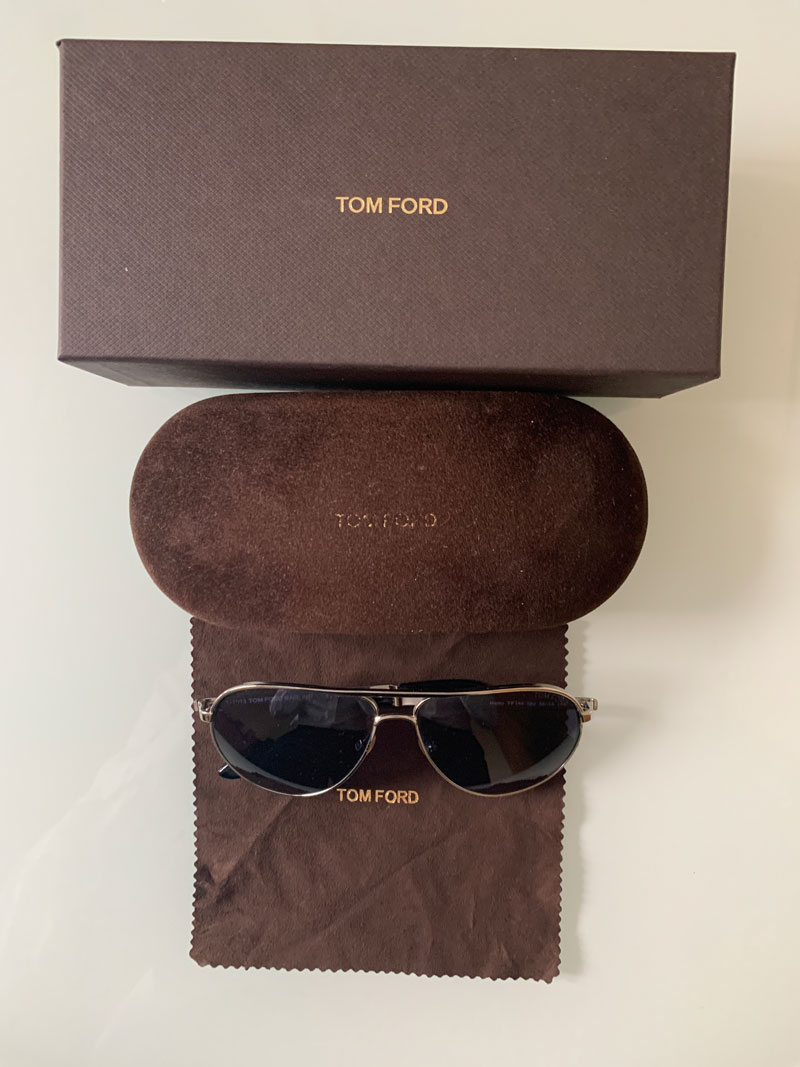