The Sean is a very solid pair of sunglasses, and that’s not saying that they are uncomfortable or heavy. You feel assured by them. You can put them in your jacket pocket and not worry that an arm will break. 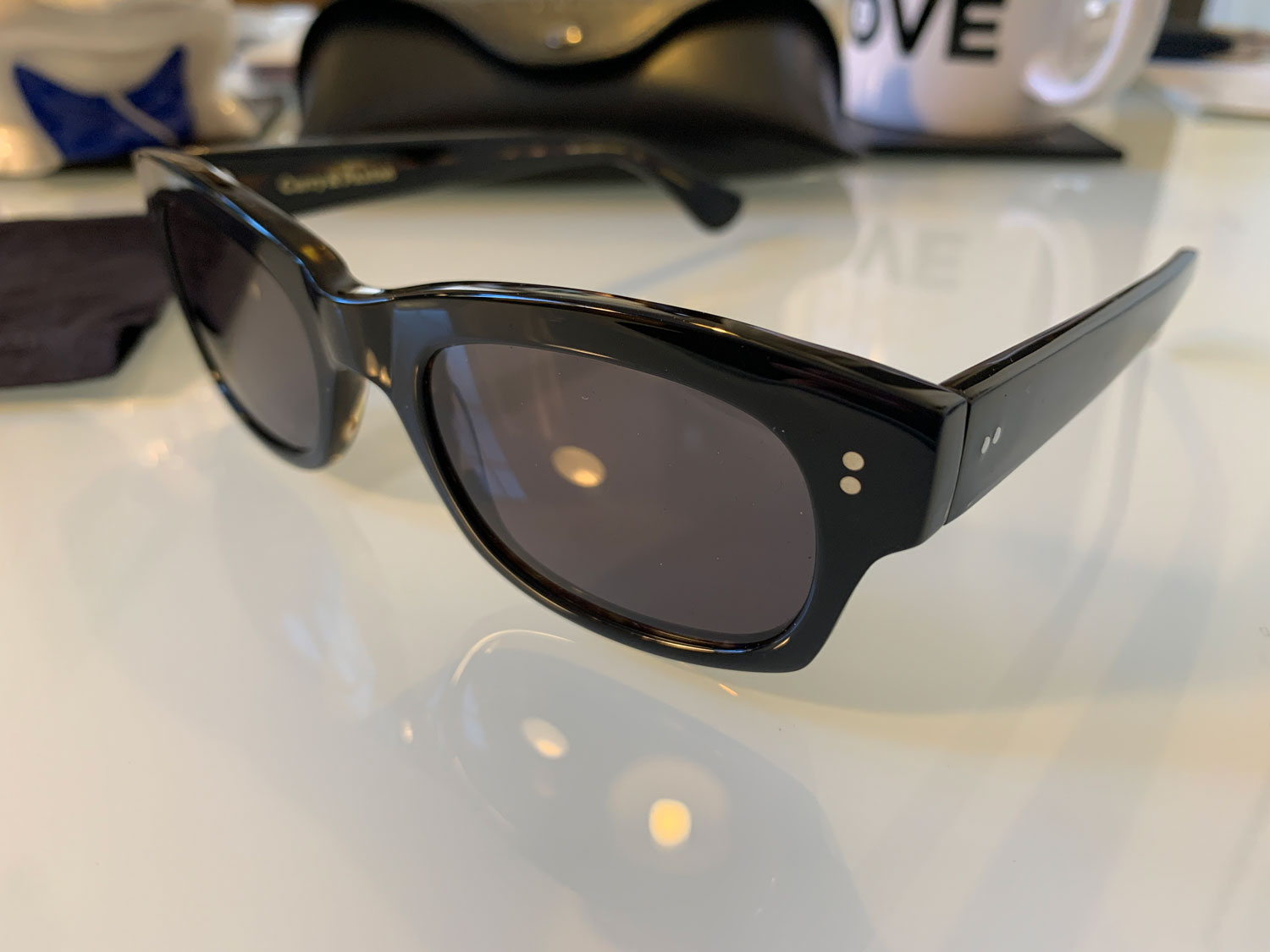 I think he got the point

These replica sunglasses are inspired by those worn by Sean Connery’s James Bond in Thunderball. Seen once or twice in the film, but most memorably when Bond tells Domino that her brother François is dead and then promptly fires a spear gun at the approaching Vargas. 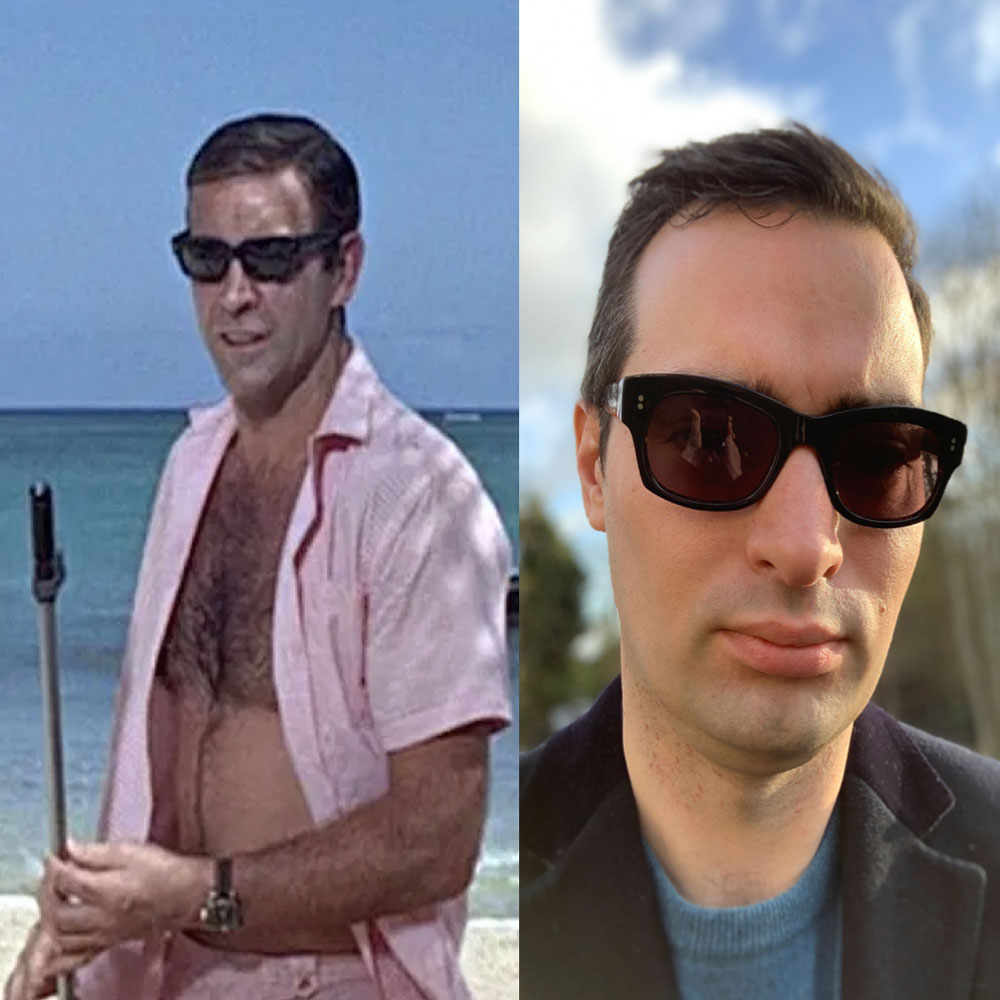 I remember collecting my first Anthony Sinclair special order suit from Mason & Sons and as I was leaving, I spoke with David Mason about these sunglasses, the Sean. The first run of these had come and gone and I was telling David that I regretted missing out on them.  At the time I had with me the TOM FORD Snowdon from SPECTRE. David asked if he could have a look at them and I handed them over. We spoke how the Snowdon were probably used to replicate the style of sunglasses that Sean Connery wore in Thunderball.

David said they had a vintage pair that they had and used as the template, making very slight changes to make the style work for a greater number of people. Although the Sean were sold out, he assured me that a second run would probably go ahead. 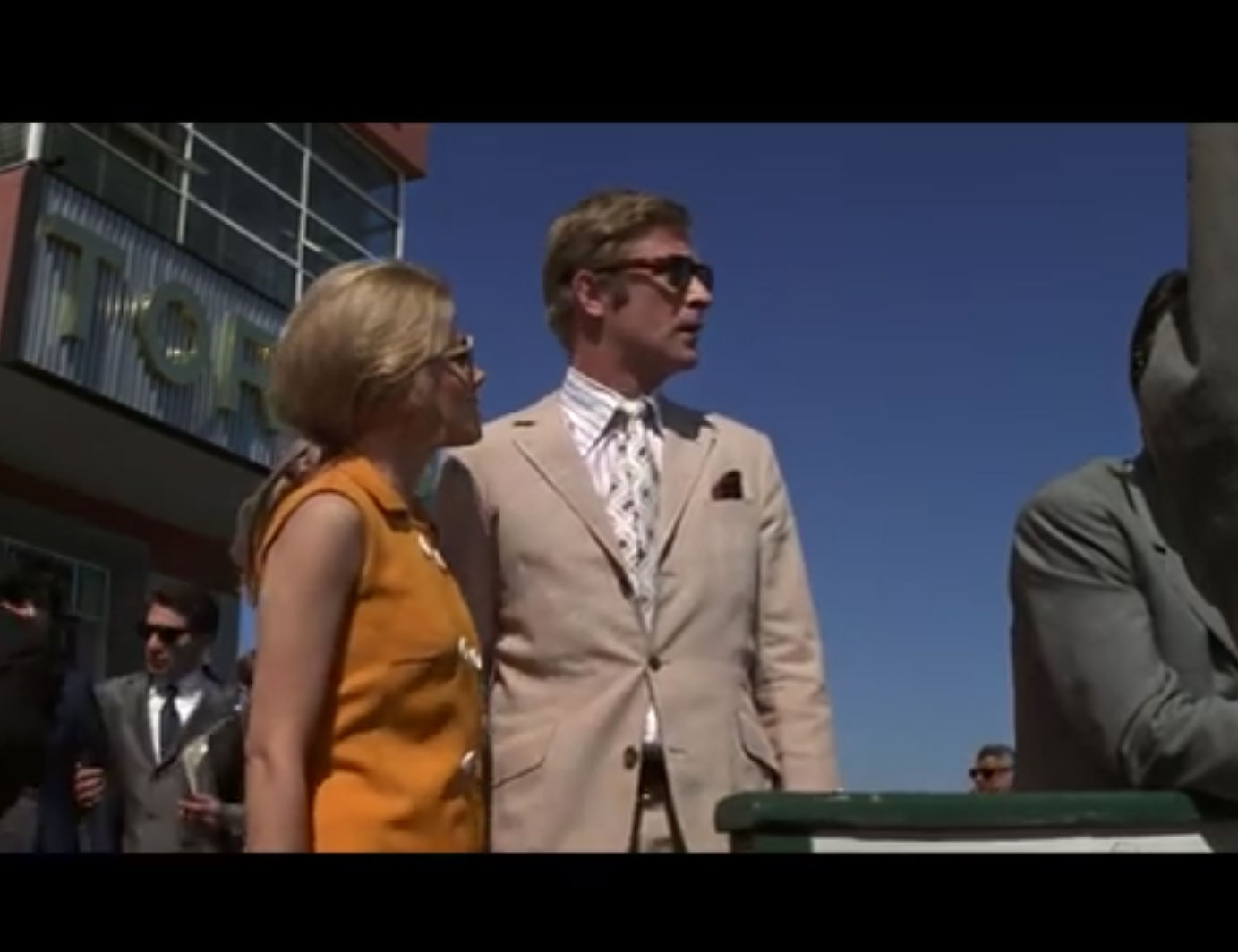 They fit very well on my face, I don’t feel that they move around, they feel secure to my face. I’m not concerned that they will fall off if I look down or move my head. The sunglasses have rectangular frames which are slightly rounded, a piano black exterior and a tortoiseshell interior with green lenses. There are some pinwork details on the hinges, showing two horizontal dots on the front and two vertical dots on the arm of each side of the temples.

The newer versions also have the Curry & Paxton signature three dots on the tips of the arm, but mine do not have this feature. The glasses came in a thick black leather box, with the Curry & Paxton logo pressed in on the front and a cleaning cloth. There was no presentation box with mine. 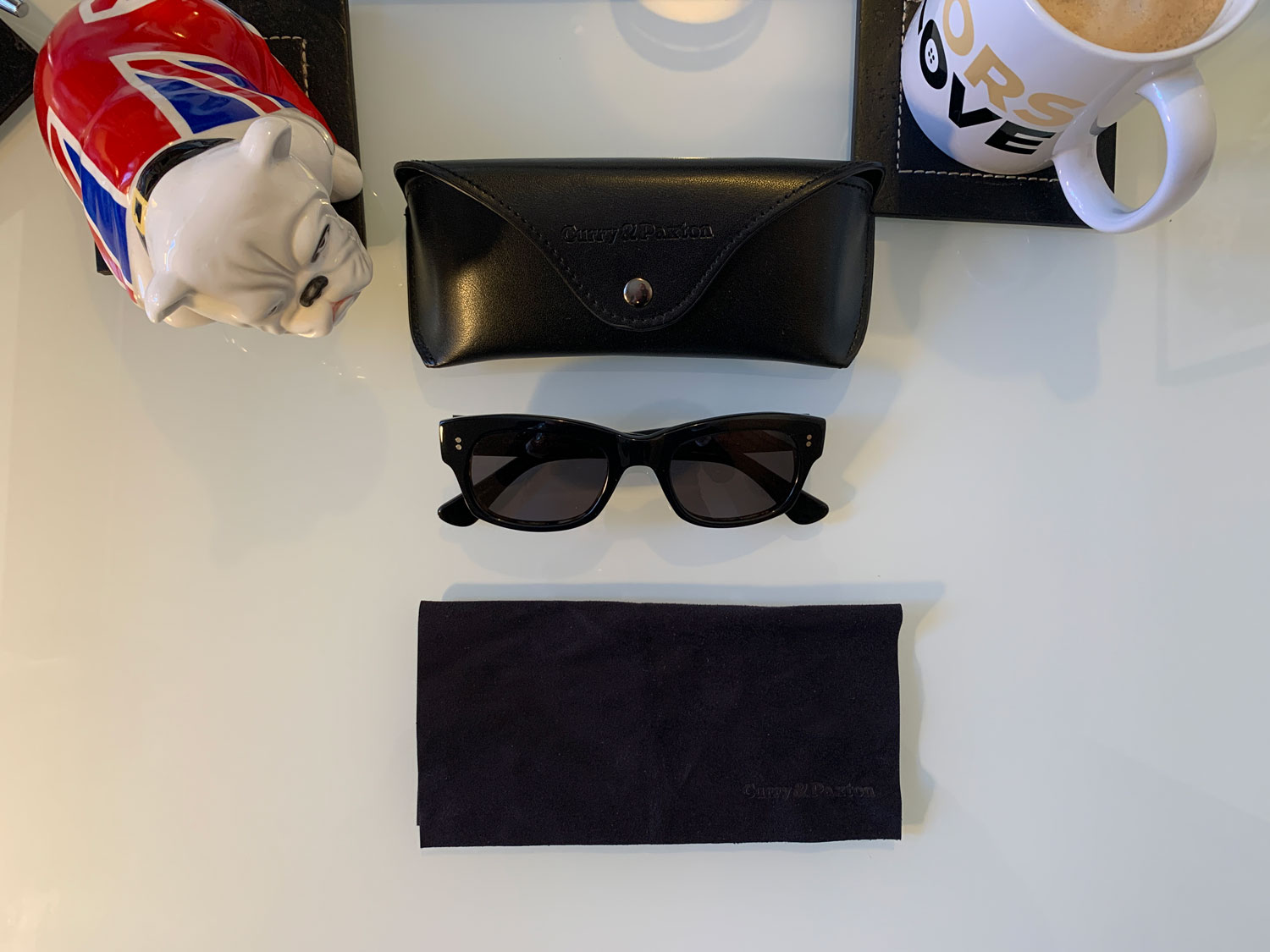 I rotate my sunglasses around, depending on what I’m wearing, or the mood I’m in. I tend to wear these glasses more with suits, shirts, and Turnbull & Asser Grenadine Ties than casual wear. But, since the release of the Orlebar Brown Bond Heritage Line I started wearing them with the Orlebar Brown Reimagined Camp Collared Shirts in the summer.

To be honest, with Sunglasses I find that the ones Bond has worn work for almost everything, so not too sure why I have only worn them with smarter attire. These ones are based on the ones seen in Thunderball, which are worn with casual wear the entire time. 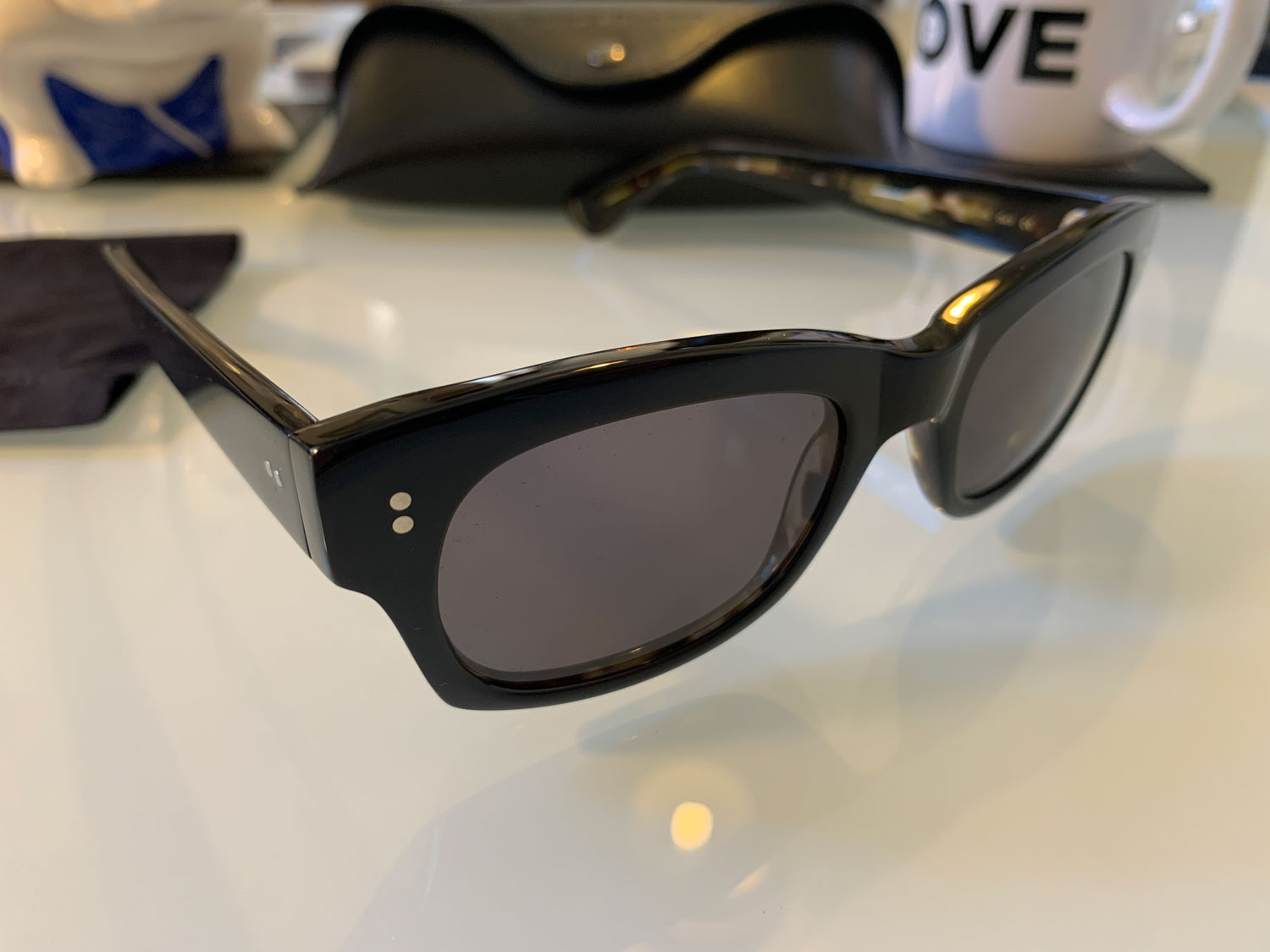 In From Russia with Love, Bond wears a pair of sunglasses with his suit when meeting up with Tatiana (Tania). These have more recently been created and called the Anthony. They have the same dimensions, coloured lenses, Piano Black front and tortoiseshell interior, and the price is the same as the Sean.

The only difference that I can tell is that they don’t have the pin details on the temples. For me, there isn’t enough of a difference for me to purchase the Anthony as well as owning the Sean. At present Mason & Sons have removed all sunglasses from their website, but both the Sean and Anthony are still available from the Curry & Paxton website. 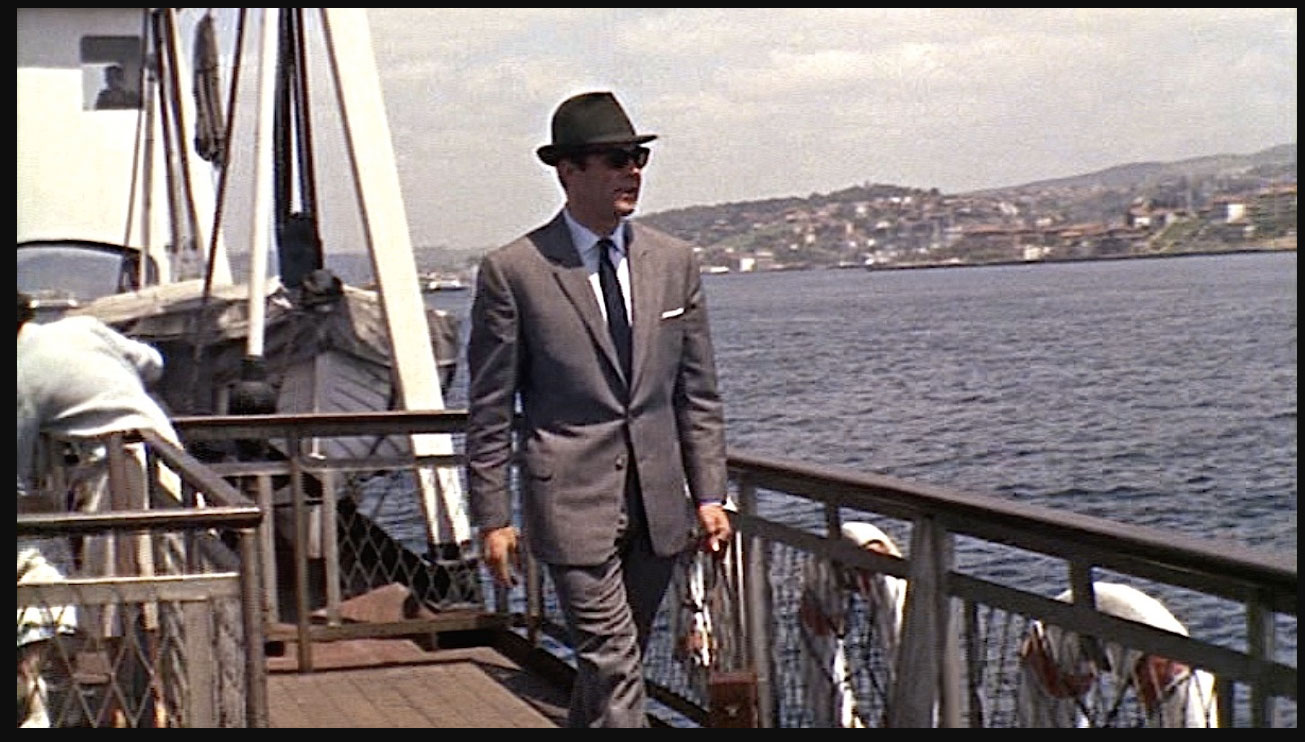 Recently following on from the partnership with EON on the No Time To Die sunglasses, Barton Perreira have launched a range of Thunderball inspired sunglasses (as well as AVTAK pair of aviator sunglasses that were worn by Zorin). Like with the ‘Joe’ the ‘Thunderball’ glasses come in four different styles, one being the black that the original frames were in the film.

The Thunderball glasses don’t have the detail as the Curry & Paxton does, and not a very faithful representation of the sunglasses seen in Thunderball. The Sean looks much closer to them. Plus, for £385 I’d expect a lot more of the details, and not the 1960’s 007 logo on the outside of the arm.

For me the Mason’s win hands down, for the look, and for the price. £200 less than the Barton Perreira. For clarity I’ve not seen these ‘Thunderball’ glasses in person. Only on the 007 store website. I would be interested in seeing them, but I have no desire to purchase them.

The Sean is a fantastic pair of sunglasses, any Bond fan would be very happy in them, the quality, and the feel of them is excellent. A fantastic investment or gift. 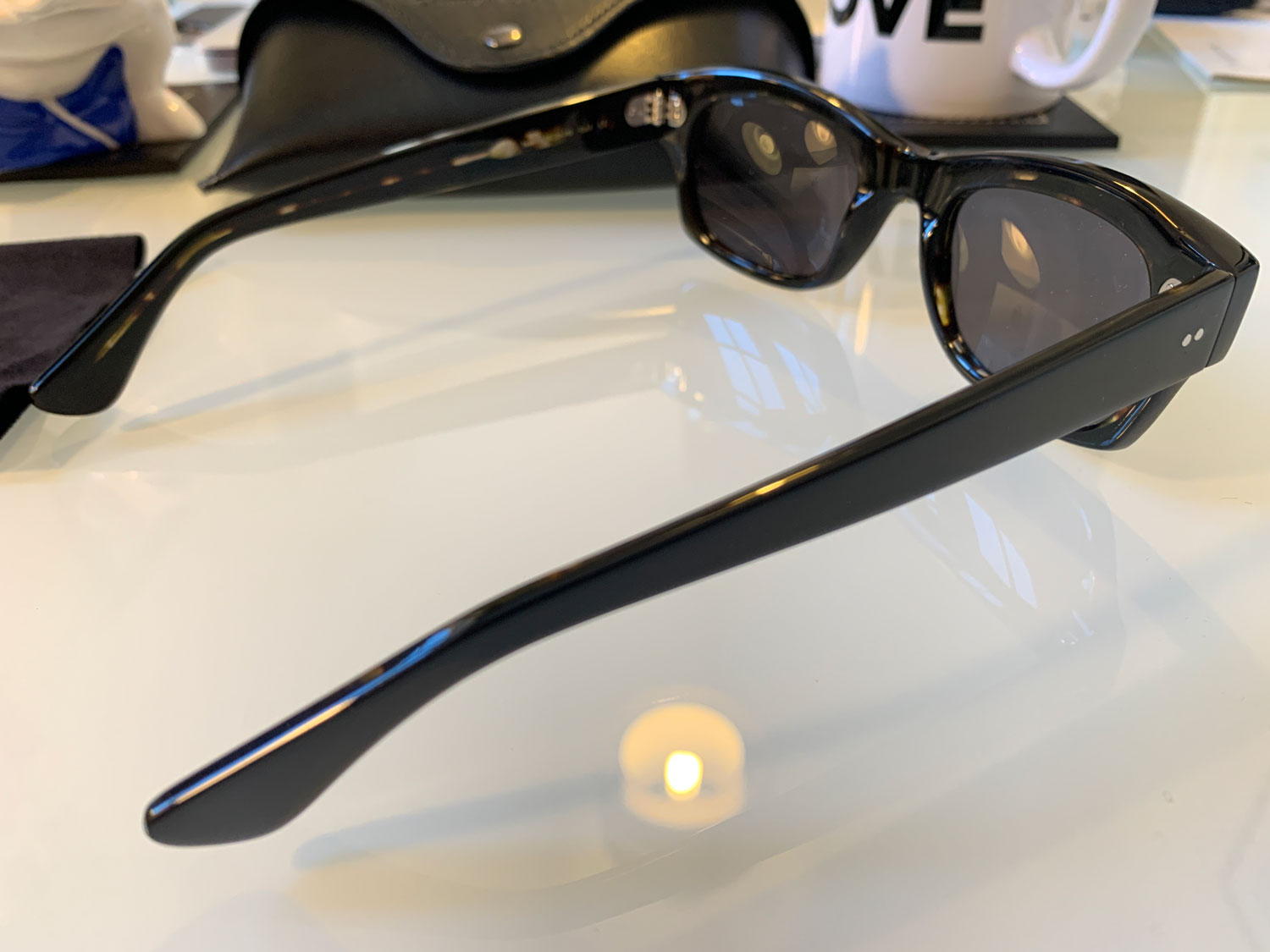 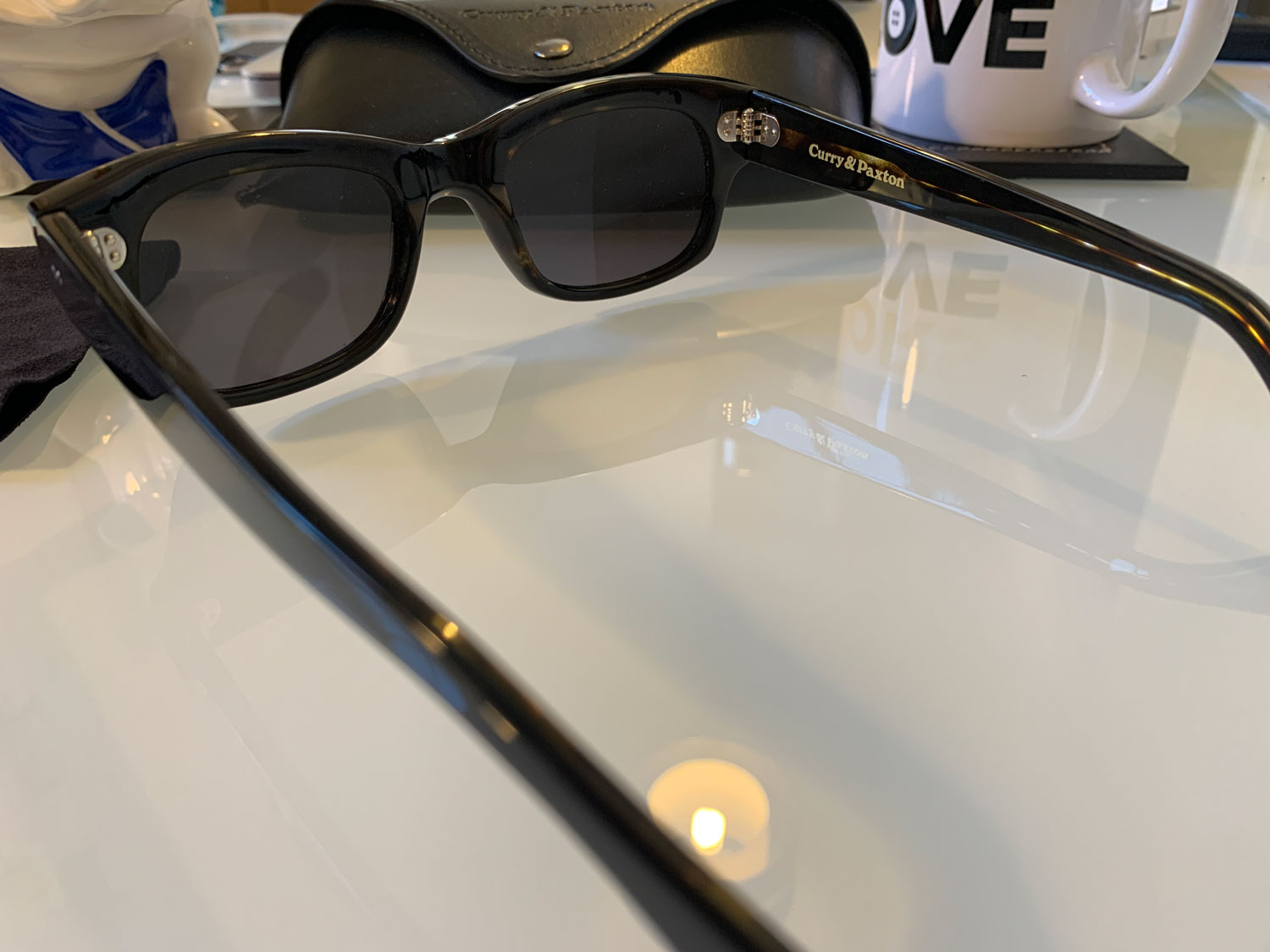 (Note from editor) – Read more about my visit to Love Beach in a previous article James Bond Locations in the Bahamas | FOUND! (I am not wearing the Curry & Paxton sunglasses, but I am wearing the reimagined Camp Collar shirt from Mason & Sons. Currently unavailable). 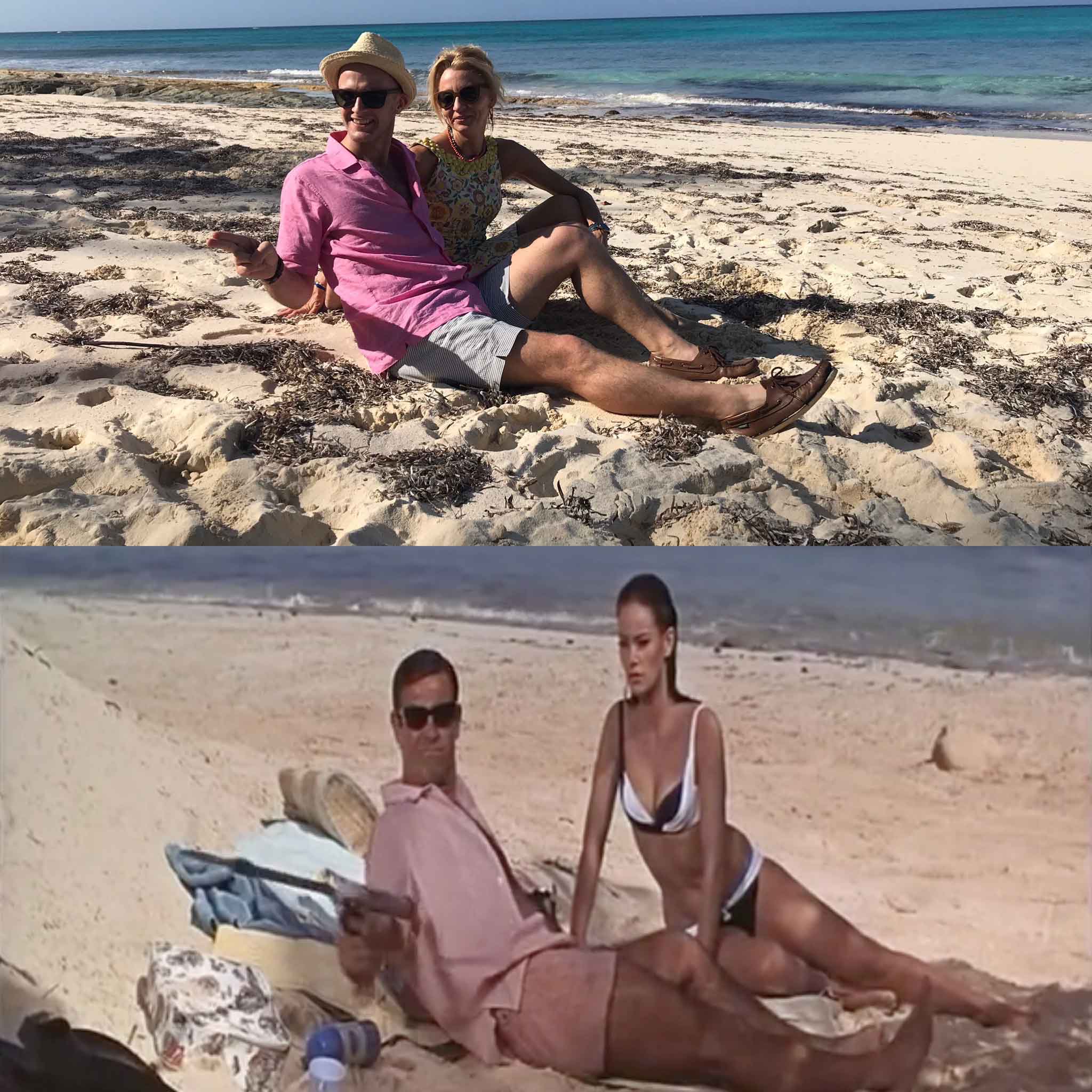 As well buying some sunglasses, don’t forget we have some fan art on our Redbubble page. Posters, postcards, mugs, fridge magnets flamethrowers (not really). Fan of Thunderball? Click on image below to shop. 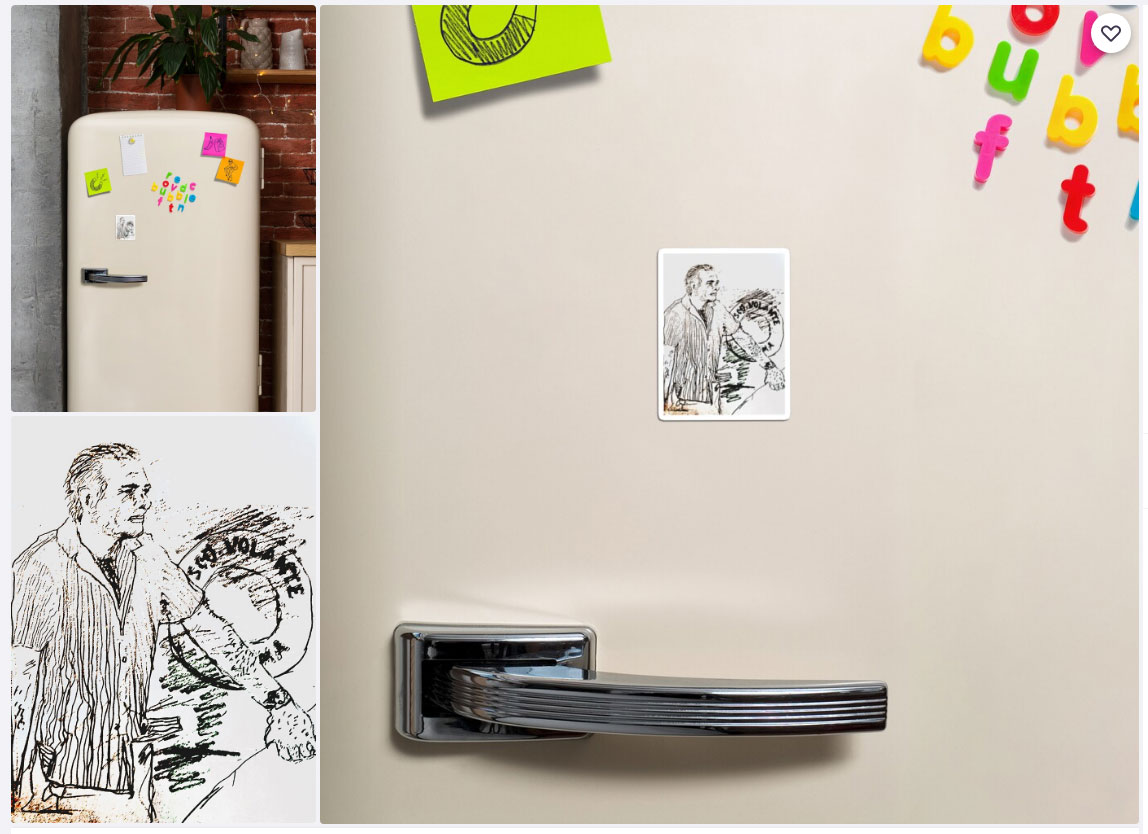 One image from Mi6 From Russia With Love Wardrobe Community thread