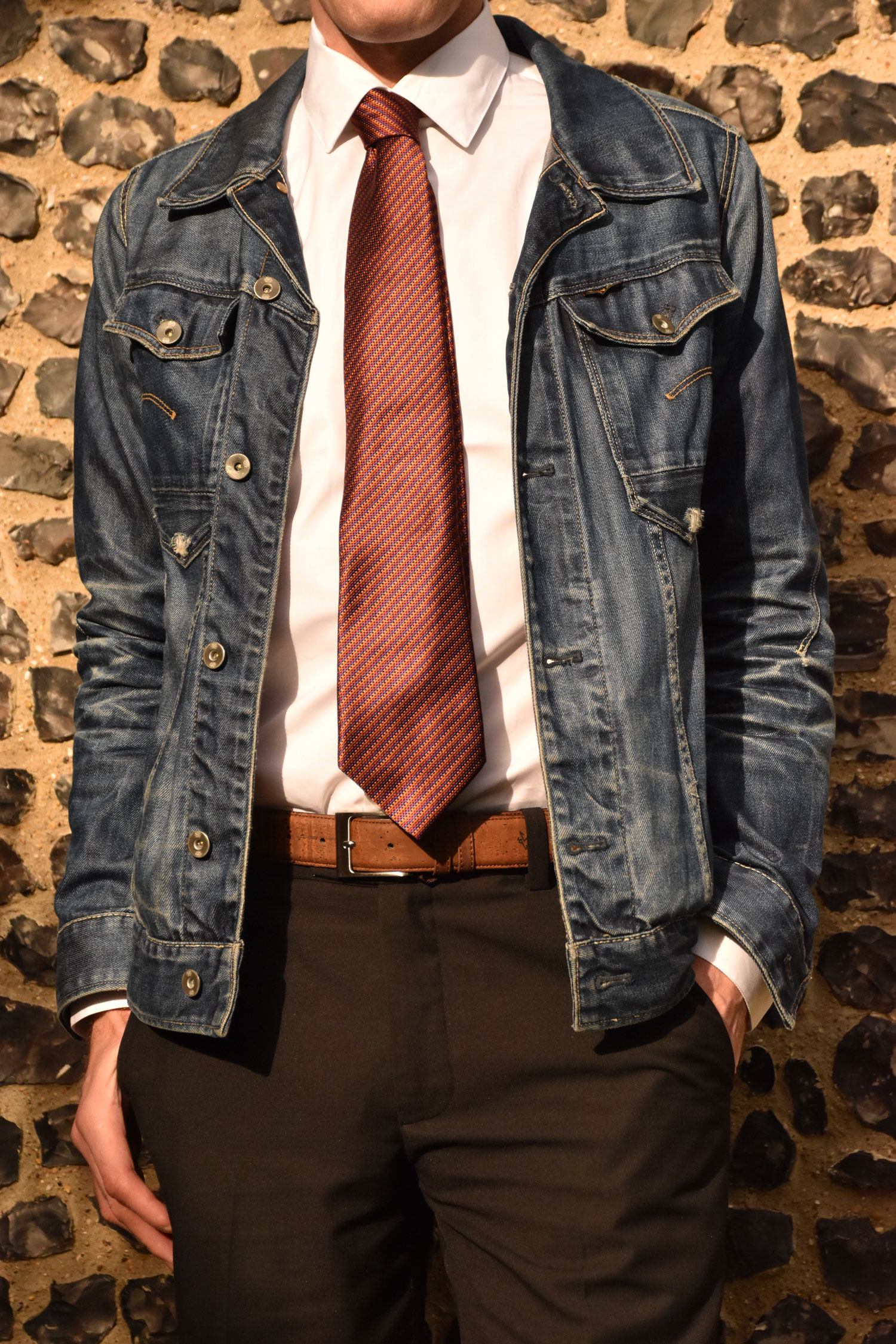 The Turnbull & Asser Ties I did an unboxing video that you will see here. They come in a boxes with magnetic closures. The red one in the photos is the Die Another Day tie where Bond is in the RubyEON hotel, (40 years old, 40, and EON, get it?) in Hong Kong. 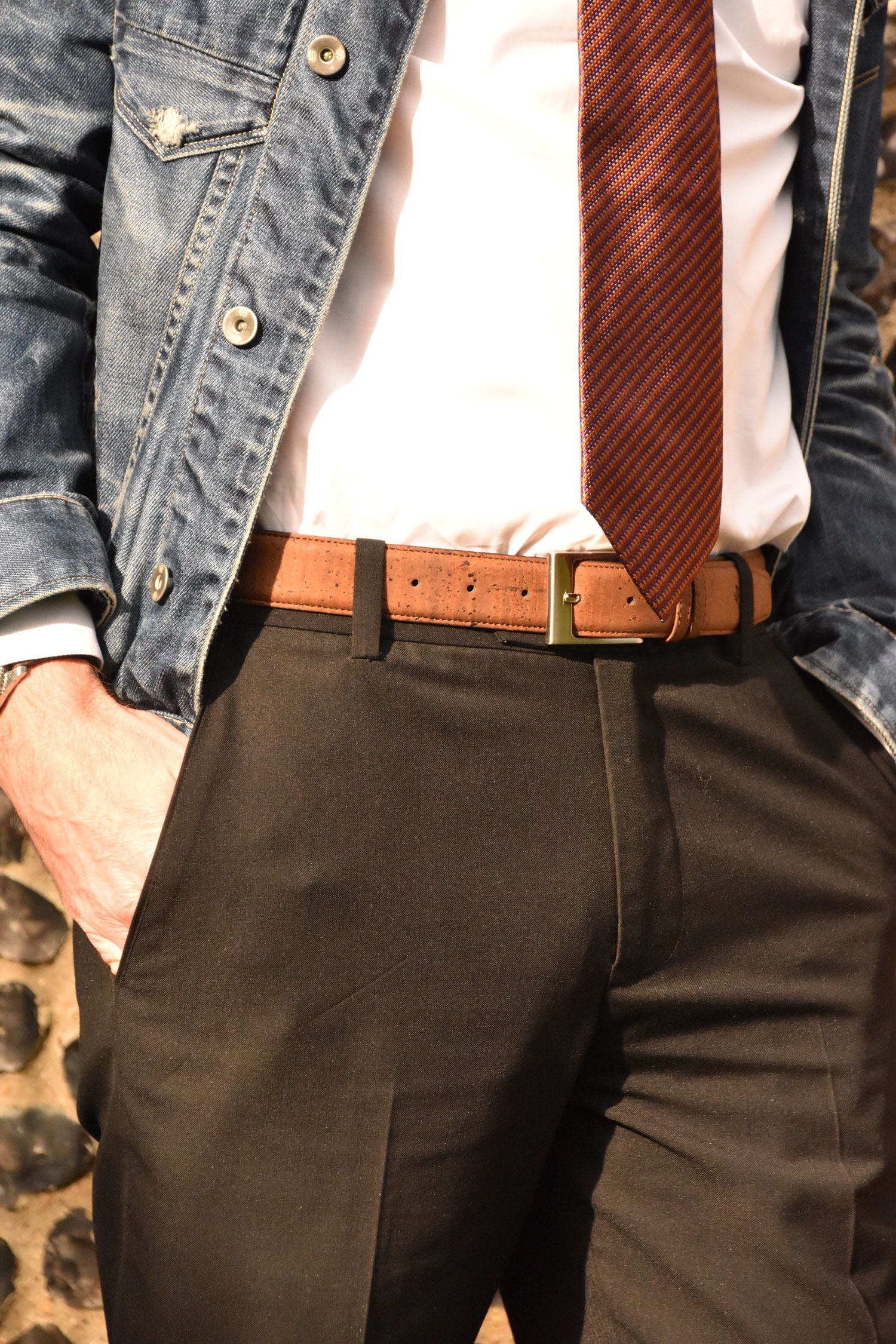 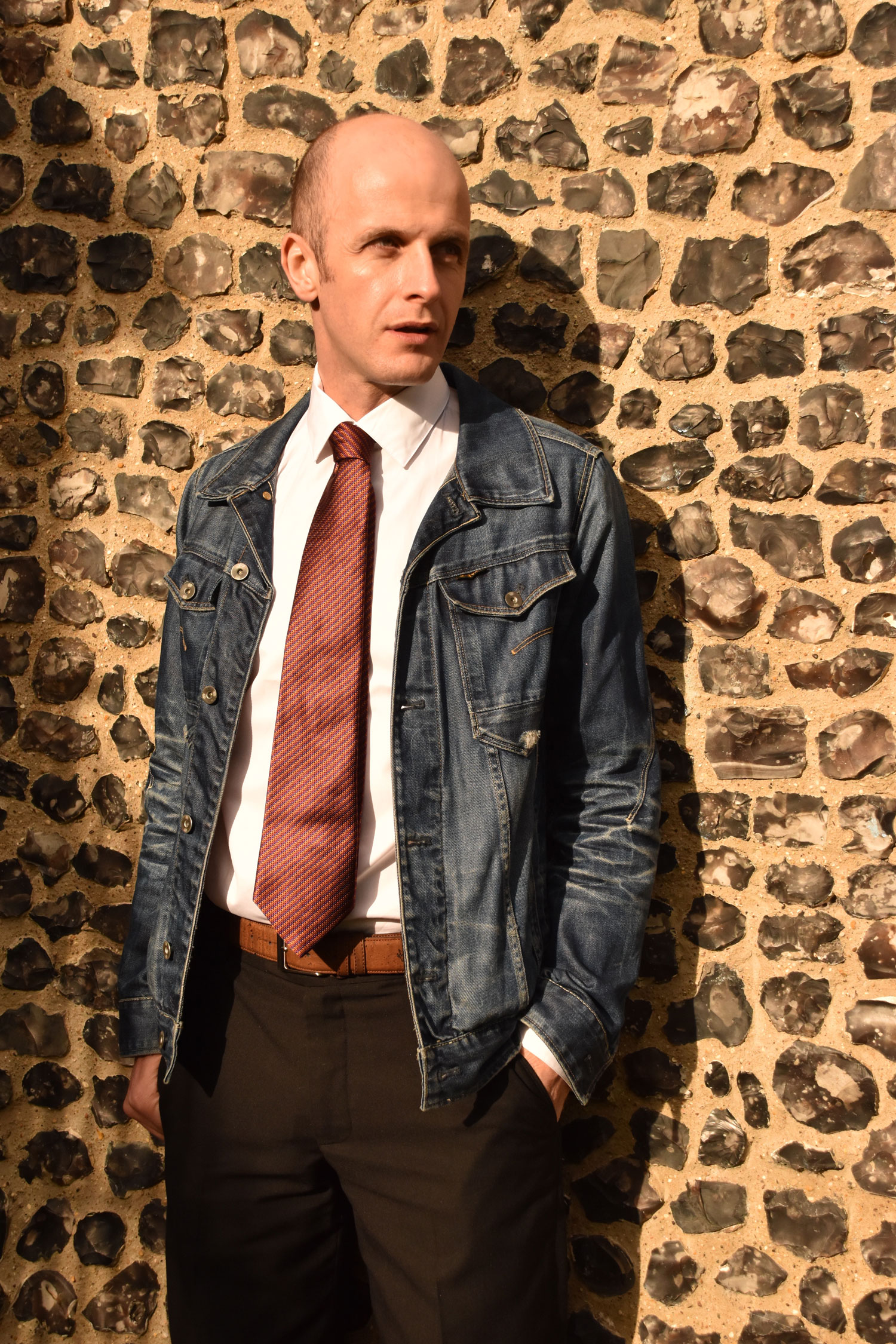 The red, orange and blue silk stripe tie really comes alive in the sun. More so than the other. I’ve gone a bit rogue and paired it with my jean jacket. Why not eh. The belt is cork from Watson and Wolfe. 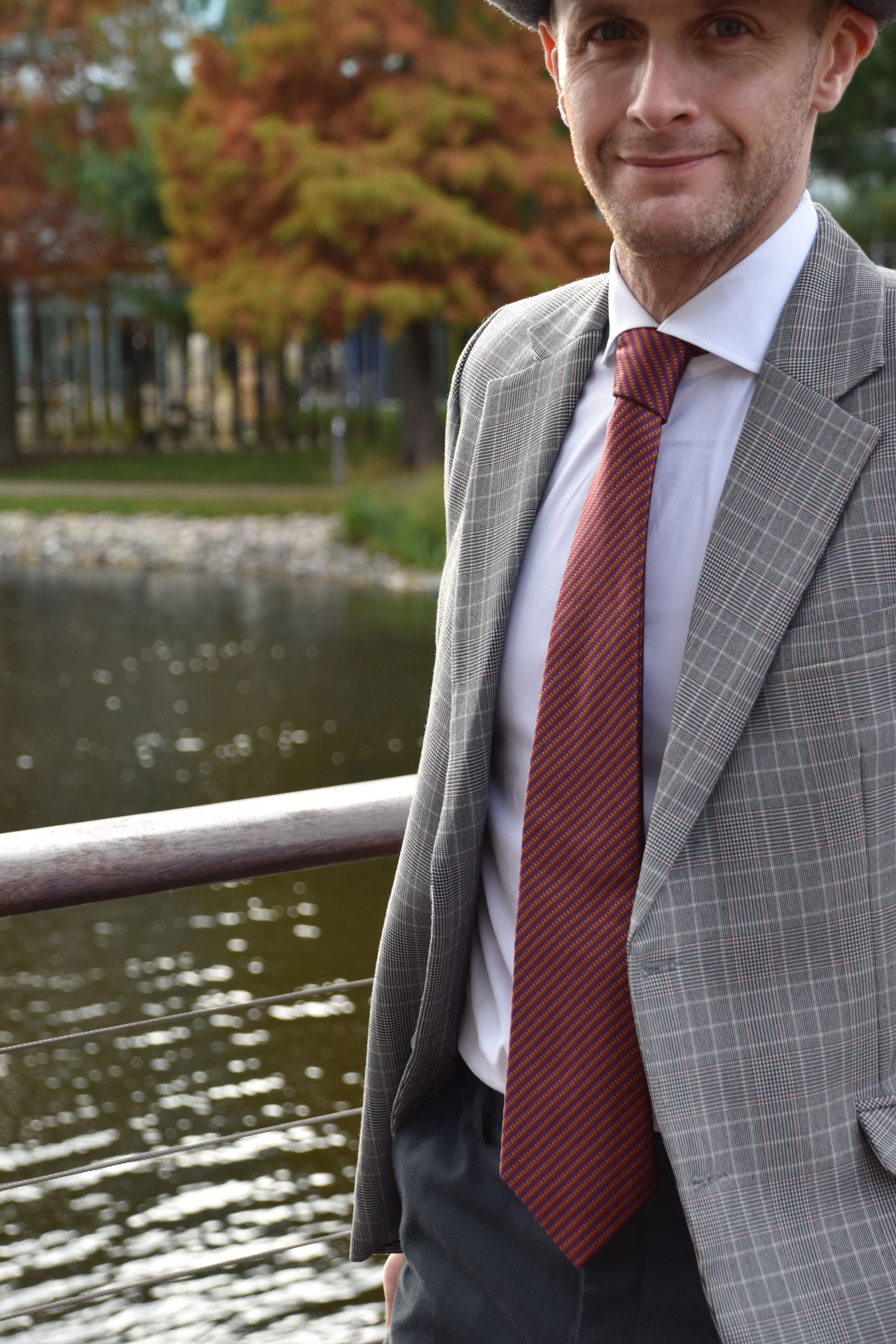 The Silk Brown and Navy Zig Zag tie from TWINE is my favourite as it goes with more shirts that I own and the silk isn’t as heavy as the DAD tie. I really have to wrestle with the red DAD tie to get it into a four-in-hand knot which is the only one I know how to tie. (Shamefully).

Having been to both Hong Kong and Bilbao I’m very connected to these ties and I’m very pleased to see them in the T&A James Bond collection. My favourite is still the blue circle tie from Die Another Day, which I will probably acquire next. 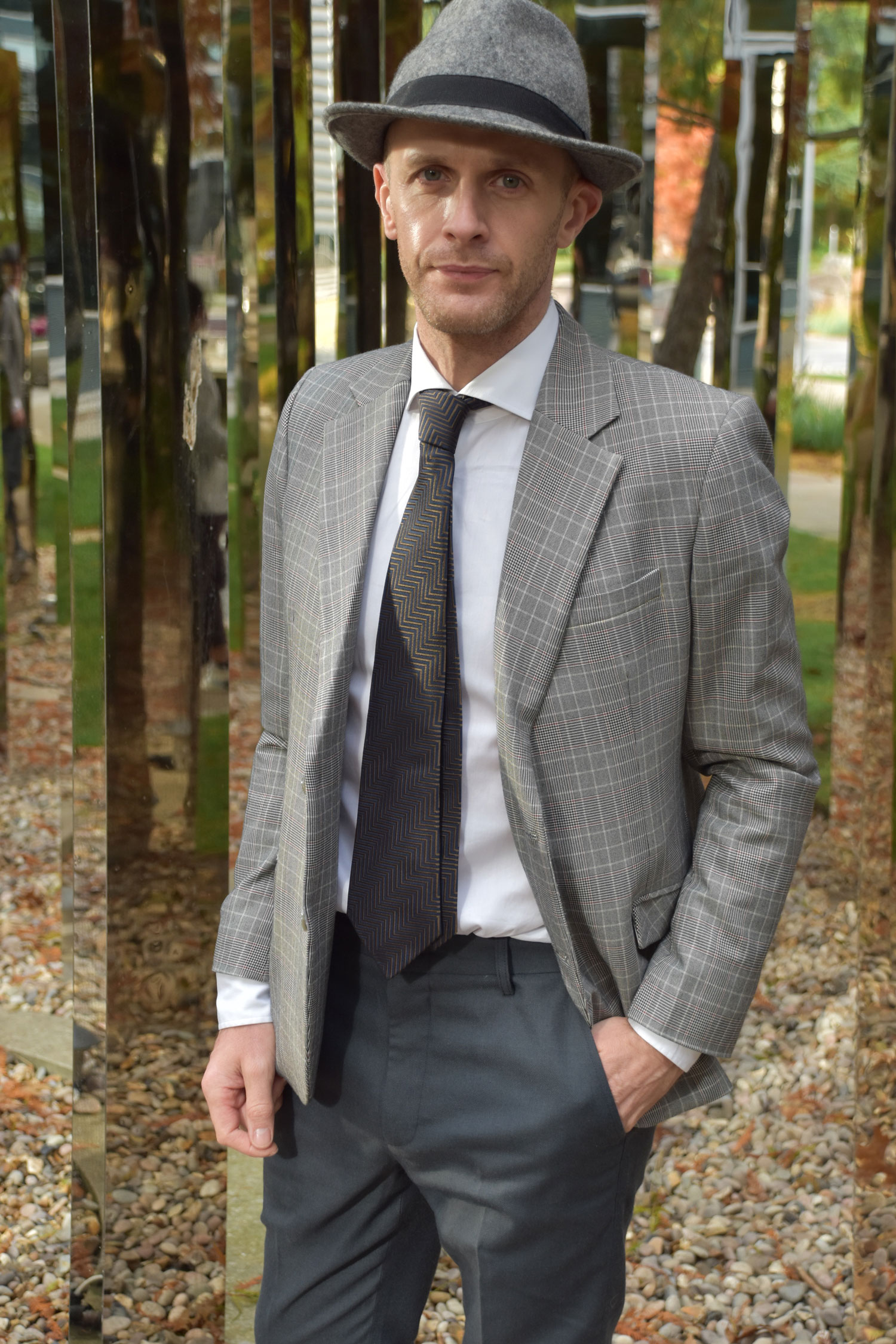 I was also kindly gifted the The World is Not Enough, (zig zag) tie. This was modelled on the one Bond wore when he abseiled down the balcony in Bilbao the pre-titles. Check that location out here. I’m wearing my jacket I had tailored in Hoi An modelled on the Roger Moore sports jacket he wore to Scaramanga’s island (James Bond Island) in The Man with the Golden Gun.

And some trousers by Basic Rights. Annoyingly the ones I sent were too tight so gave them to charity. 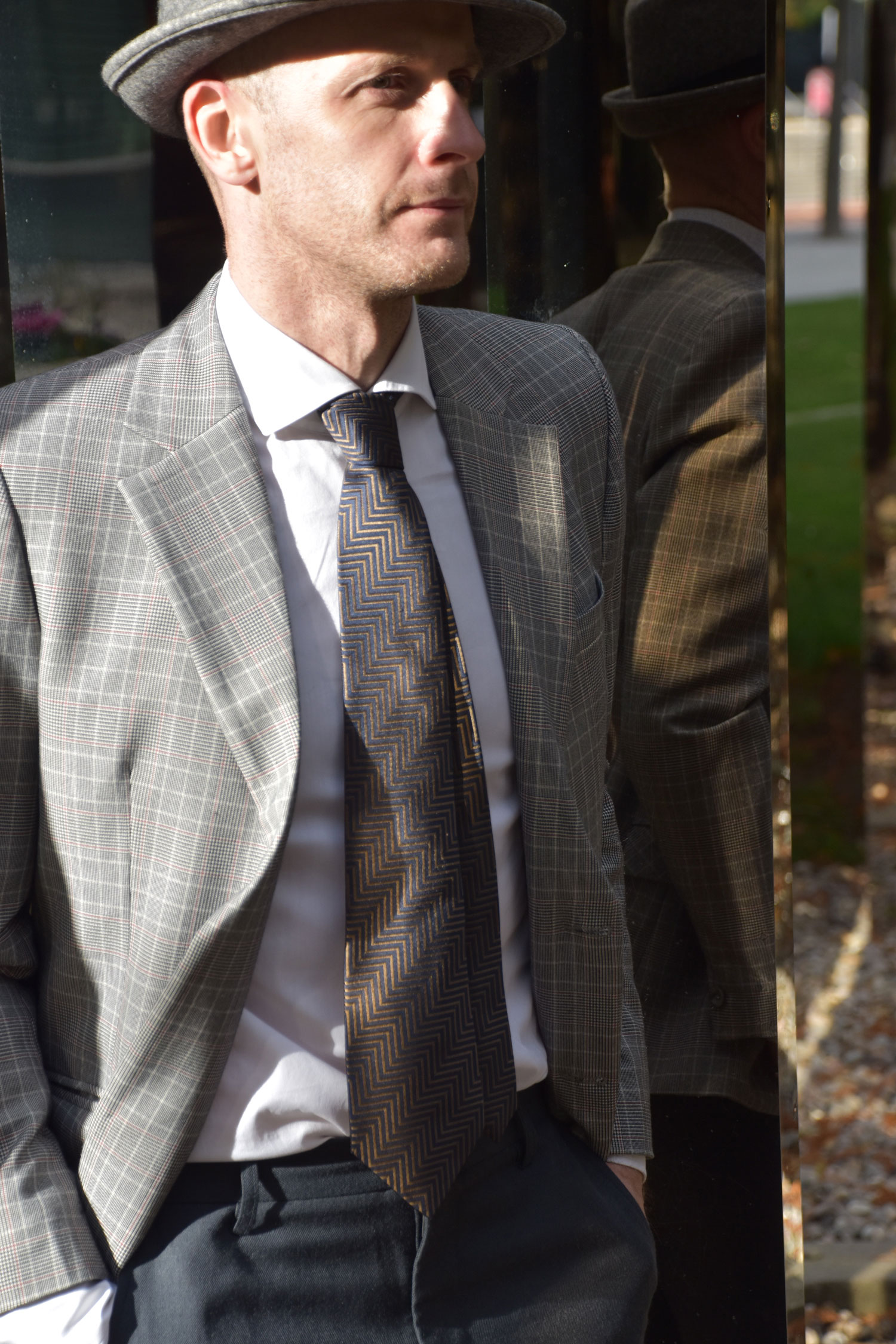 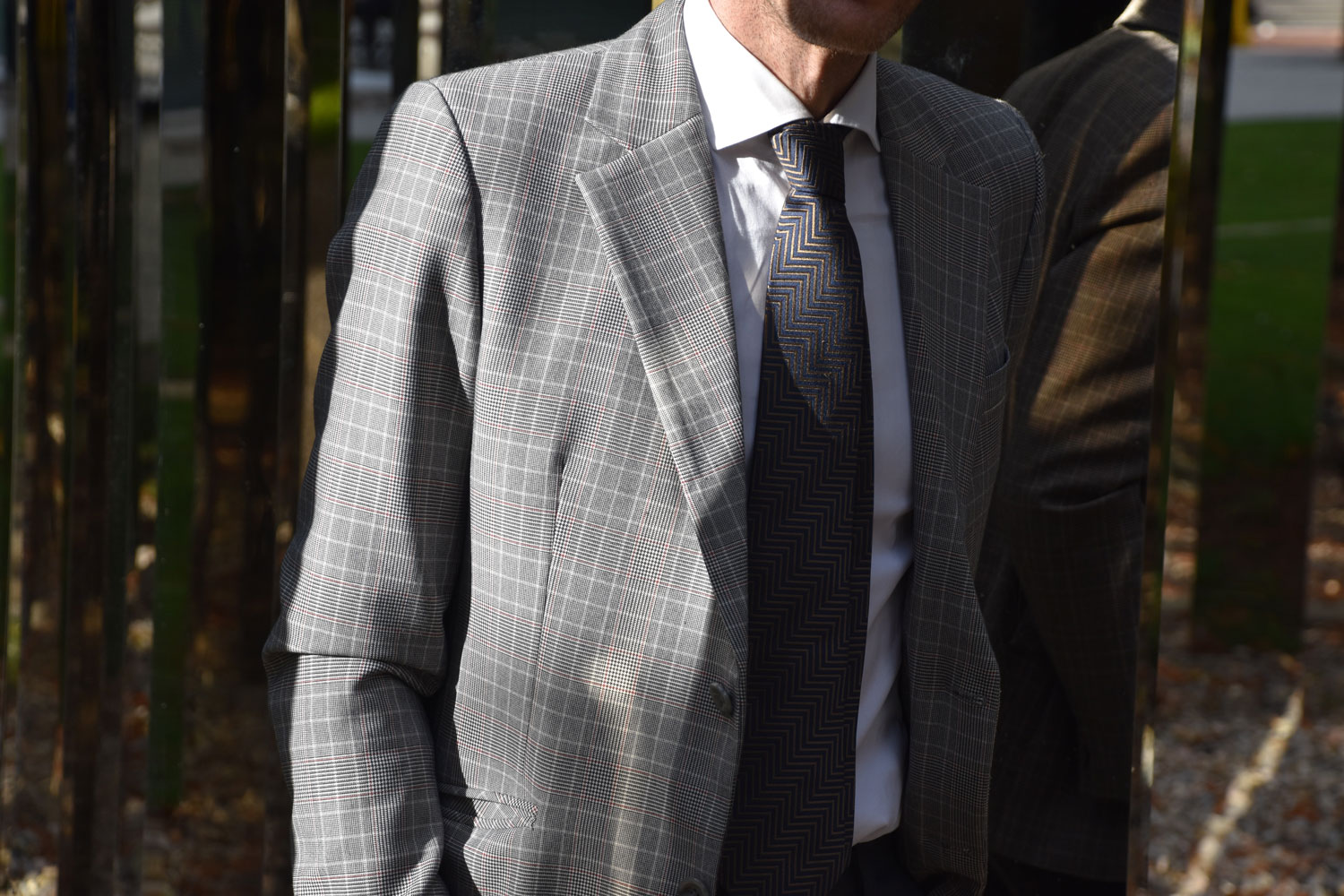 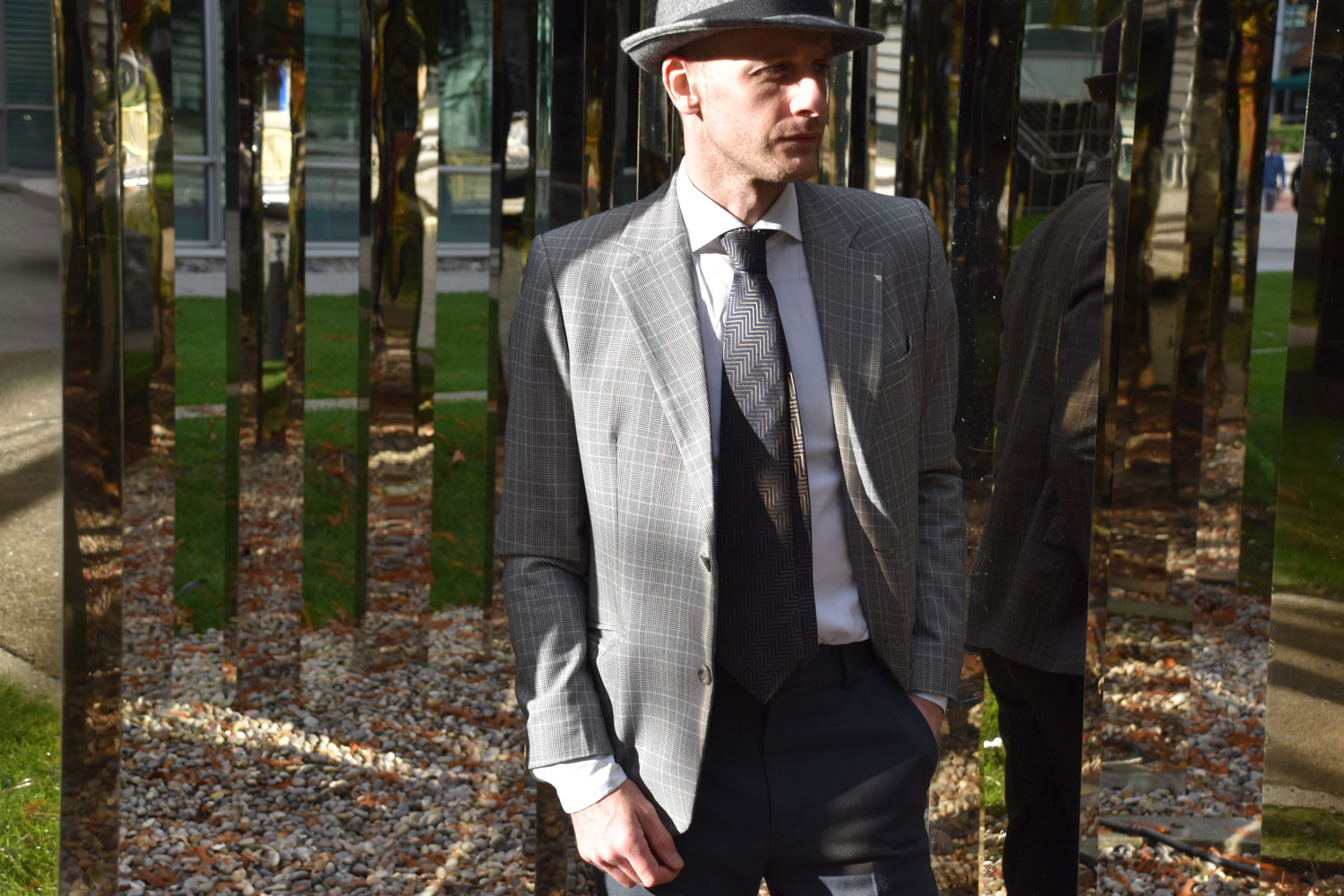 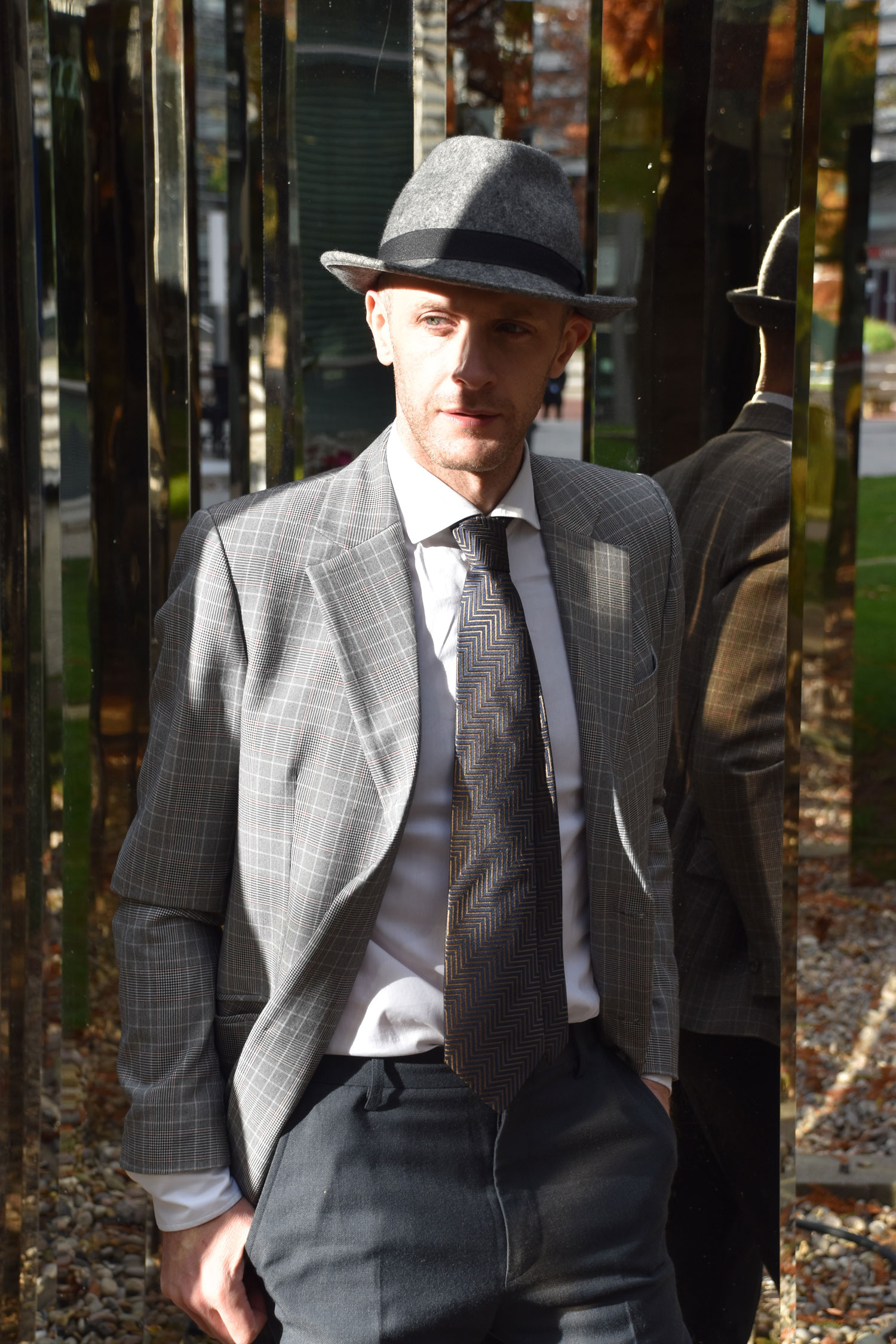 You can shop the ties from T&A here. Worth 165 GBP currently at the time of writing.

Don’t forget you can find out more about the involvement with Turnbull & Asser and James Bond in the book From Tailors With Love: An Evolution of Menswear Through the Bond Films.

From Tailors With Love is not represented, endorsed, sponsored by EON, MGM, Danjaq or any other 3rd party.