6 of the Best Iconic Men’s Ties on Film

I have a new fixation. Men’s ties on TV. My own tie collection has grown substantially (Anastasia has now thankfully organised my collection). I’ve even initiated a Pinterest board for Iconic Men’s Ties so I can hoard all my numerous screen grabs. 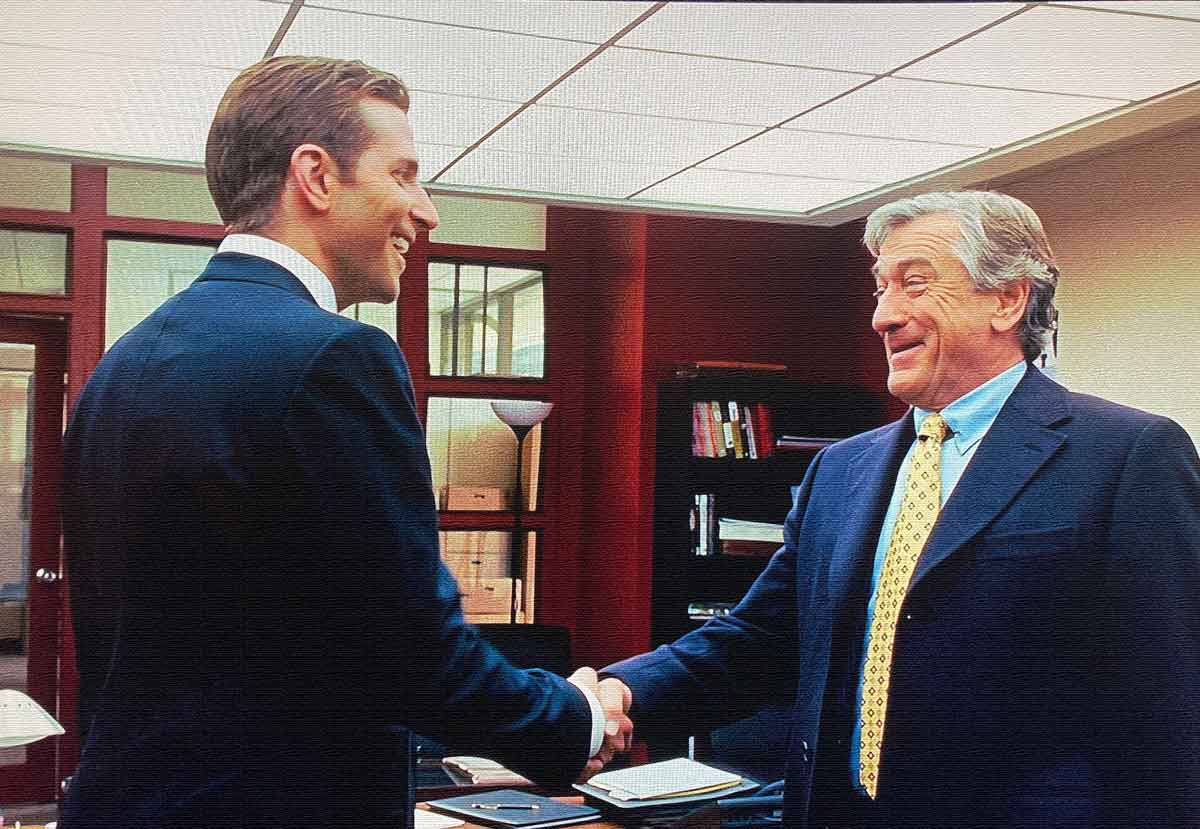 The king of men’s ties

Typically I forward any decent findings on to Z. Z poses as Tie Another Day on instagram, a fantastic profile and I’ll look to get Z on the podcast soon. Z has been kind enough to write two guest posts for the site on his favourite subject. This is the first article where he gives his opinion on the most famous ties on film. Enjoy and be sure to follow him. 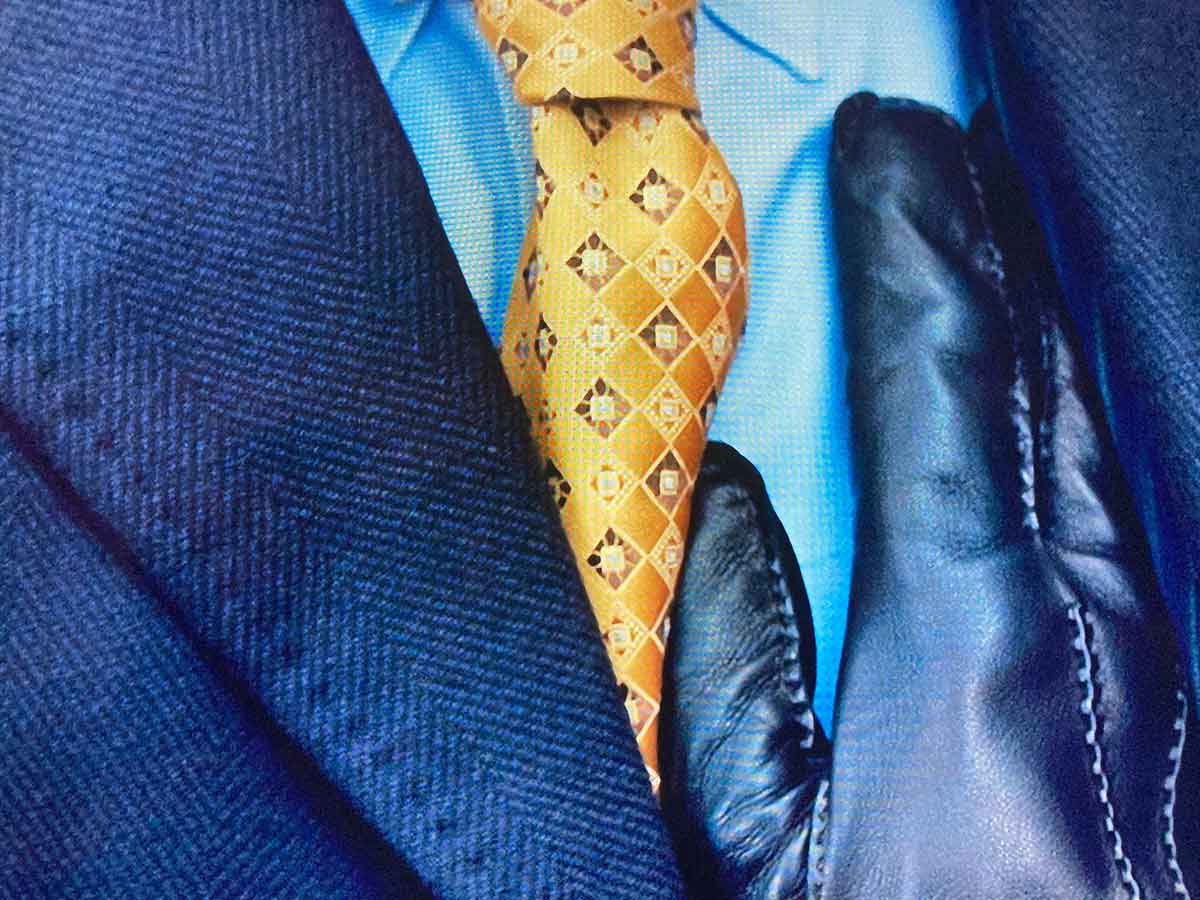 A brief history of ties…

Before we start on looking at men’s ties on film, a brief history of the ties or cravats. The term cravat comes from a military unit in the 17th century who were known as the Croats. Their scarf/neckwear impressed the French military, so much so that they adopted their style and later evolved into the modern-day tie/cravat. So, the tie originates from military as a piece of uniform, much like how much of today’s suits can trace their history back to military uniform. 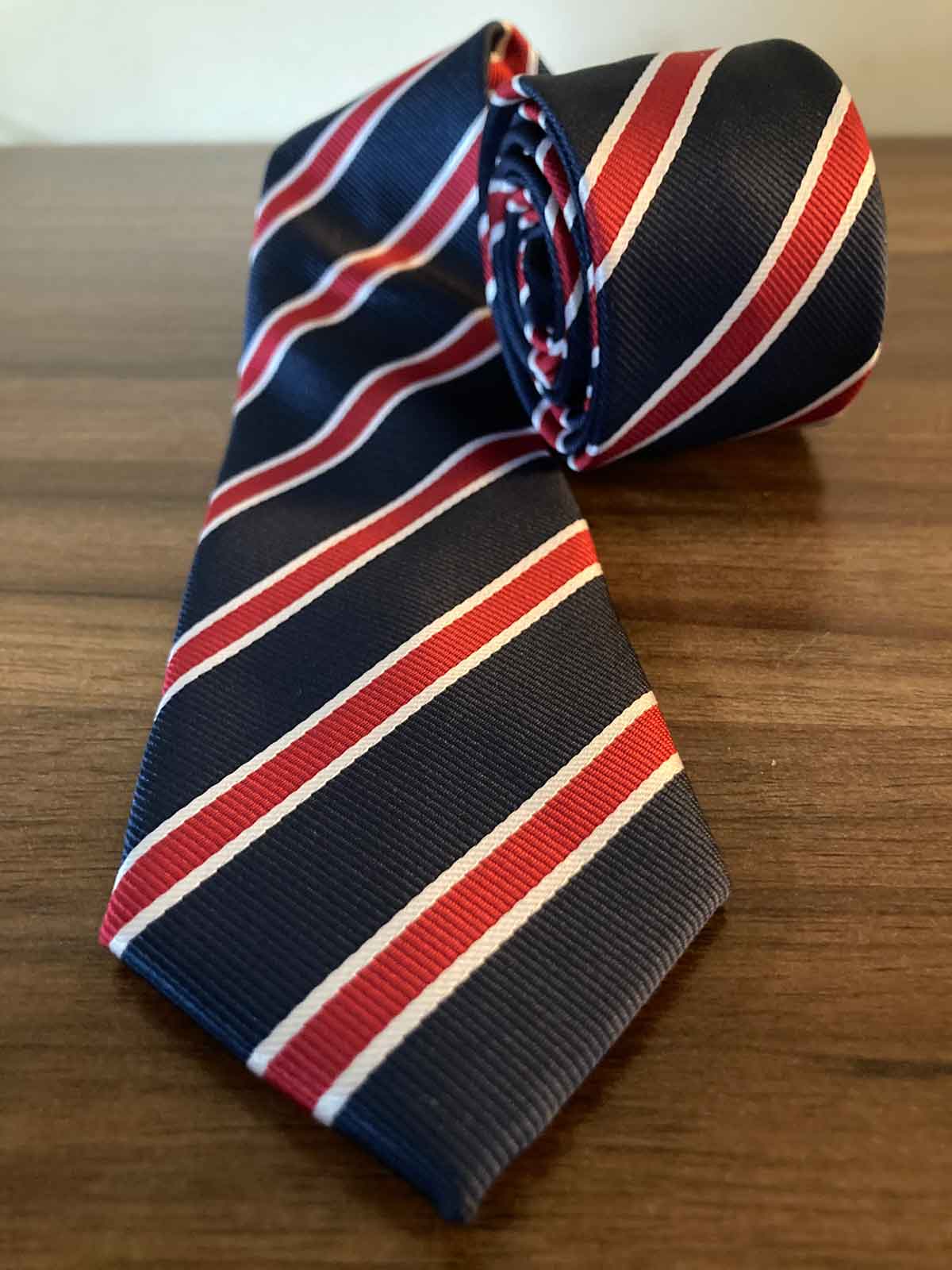 My military tie – not Benson and Clegg – PB

Back in the day

For most UK school kids, me being one of them, the school tie was a uniform piece to show which school you represent. Indeed this principle has extended to club ties and work ties, the tie is a uniform to show who you represent or which tribe you are a member of.

The tie in modern day can reflect one’s personality, it can be a physical “peacock” to attract others, and be used beyond its purpose, something which we will investigate further. 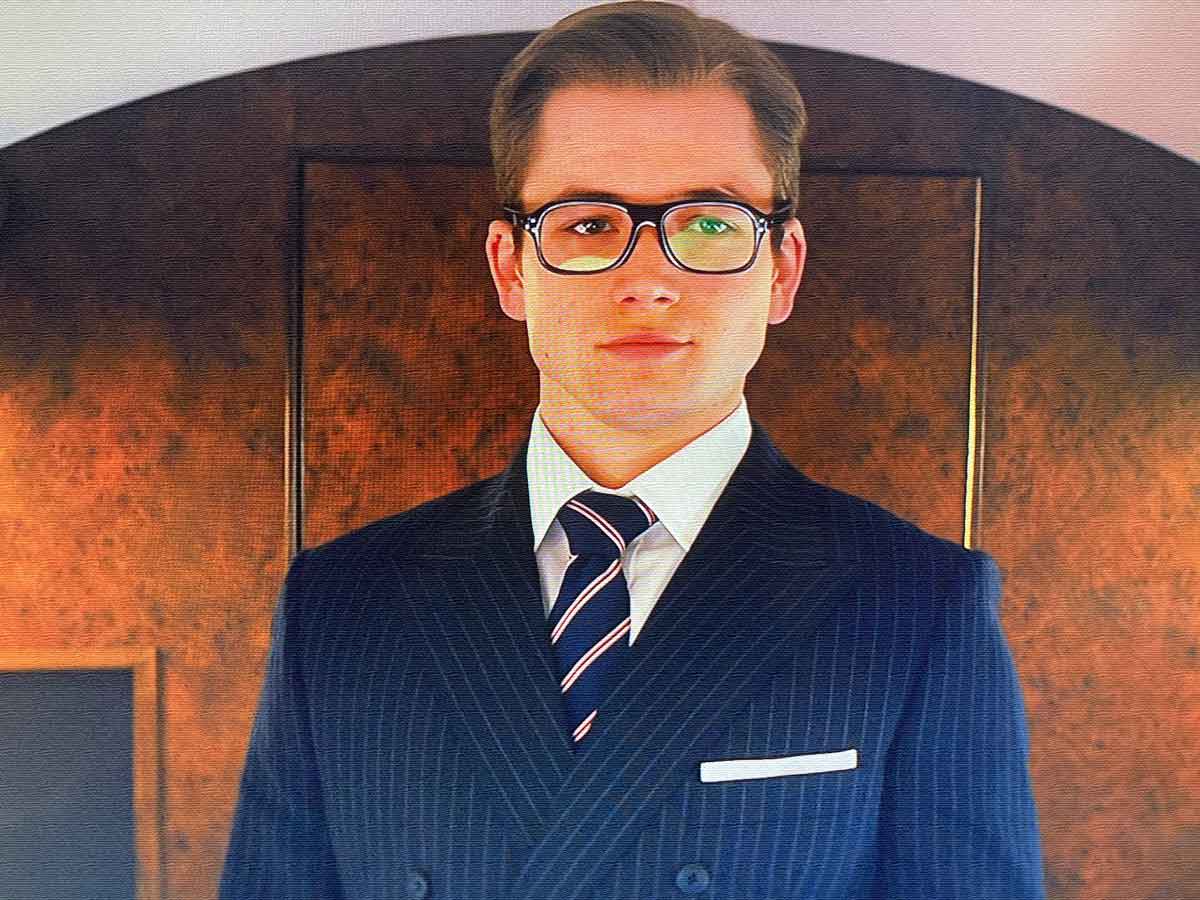 In researching this blog, I wanted to identify neckwear that is not only aesthetically pleasing, but how they helped in reinforcing the personality of the character in the film. As well as the use of the tie within the film. One thing that is a common thread, the ties featured are often accompanied by a very good suit. These ties are consequently judged in collaboration with the suit and mood they promote. 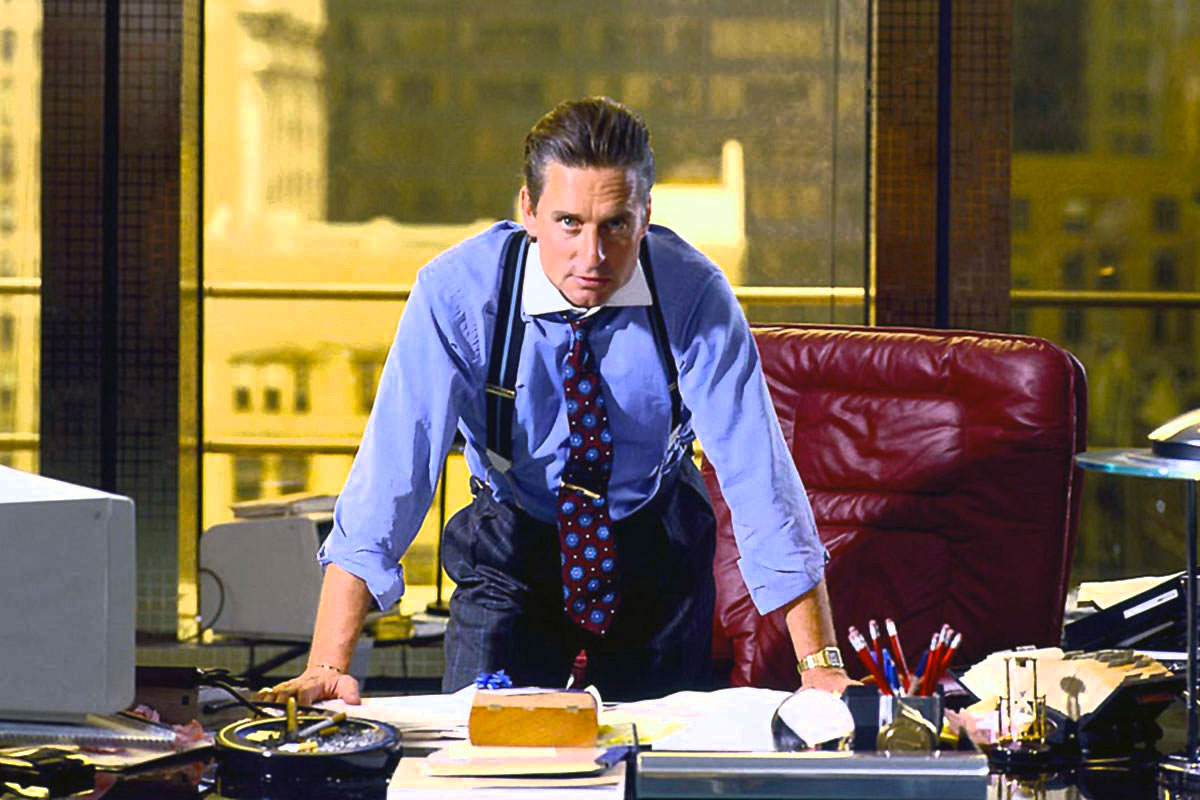 Gordon Gekko personified the mantra of greed in the 80’s, his style was replicated by an army of wannabe entrepreneurs and bankers. Gekko, albeit a fictional character, was a person to whom many aspired to. His rags to riches, and non-traditional entry into the financial world showed many that this opulent life was available to all.

When Bud Fox enters the office of Gordon Gekko, we see Gekko in his uniform of contrast coloured collars and shirt, braces, and a beautiful brown and blue geometrical shaped patterned tie. Whilst this tie on its own did not herald a cultural shift, it did mark a change from the wide striped ties of the 1970’s. 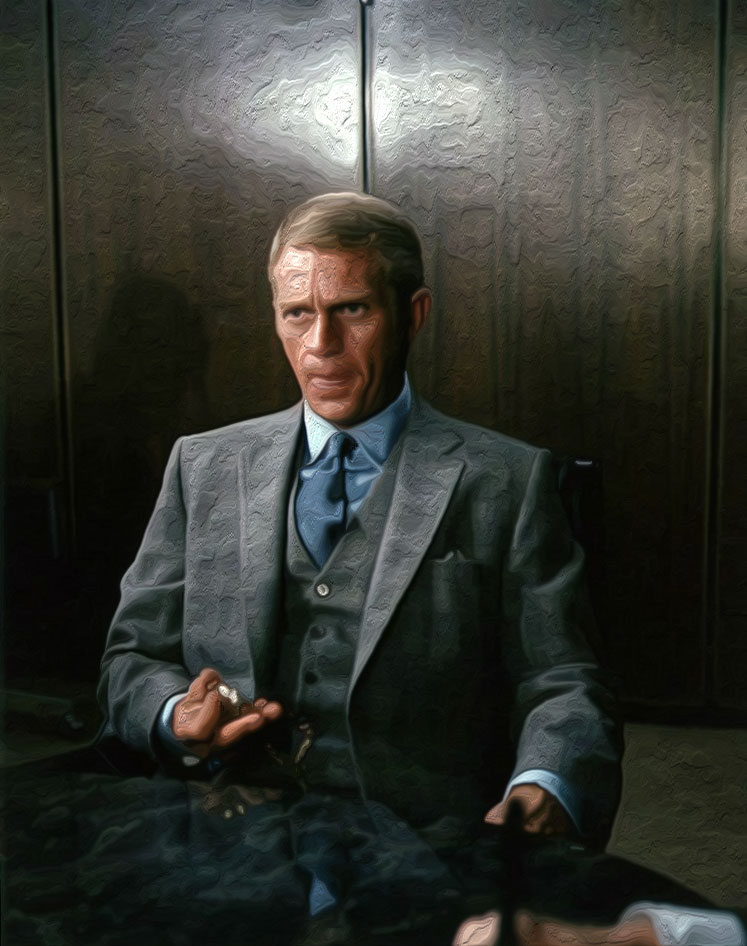 What can you say about the King of Cool in by far one of the most glamourous films of the 1960’s (excluding Bond!). The image of the millionaire mastermind of an armed robbery wearing a lovely glen plaid suit, blue shirt and blue tie along with the Persol 714 sunglasses.

No one can doubt how cool and sophisticated he looked. This is my favourite of all of McQueen’s films because of the wonderful style that he embodies, and whilst the tie in this film may not play a part, no one can doubt that without the tie, this whole suit would fall apart. The colour is a slight contrast to his shirt, and is a modern type of tie for the late 60’s. 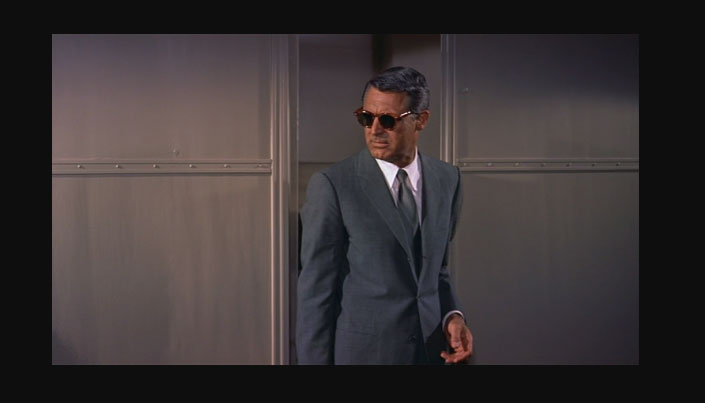 Taking the title as the best suit on screen, the glen plaid blue grey suit is perfectly matched with the grey tie that accompanies it. Roger Thornhill (Cary Grant) is a person who knows style. This is substantiated by his seemingly impervious suit and tie that are featured mostly throughout this amazing film including the infamous crop harvest plane chase.

This tie set the standard for the start of the 1960’s, and is a style that has been replicated, even in modern film. The uniform of a grey suit, white shirt and grey tie has been seen in Skyfall, and Spectre, and Collateral to name but a few. The style is timeless and the tie brings together this suit completely. 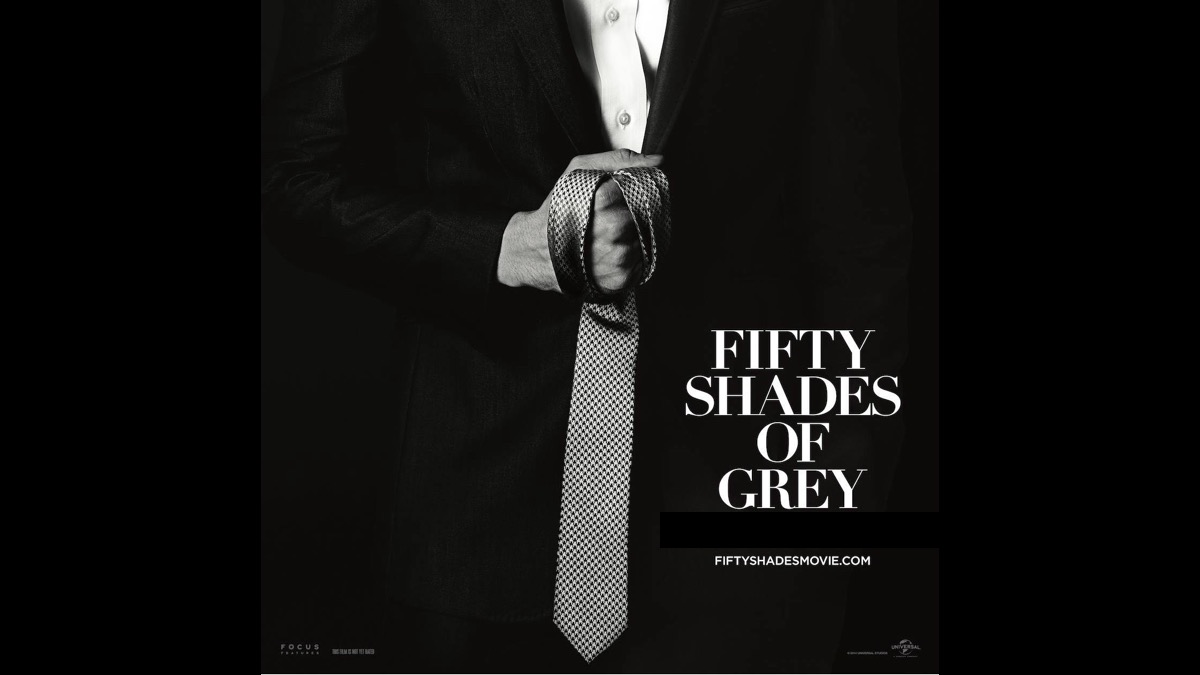 Now this is something of a left field choice, but in this film the tie was also used as more than an accessory. The silver / grey zigzag patterned tie is made by Anton of Beverley Hills itself is very stylish. The tie almost has that galvanised steel effect, and you have to remind yourself it is a piece of soft silk, but comes across as something that is much stronger. 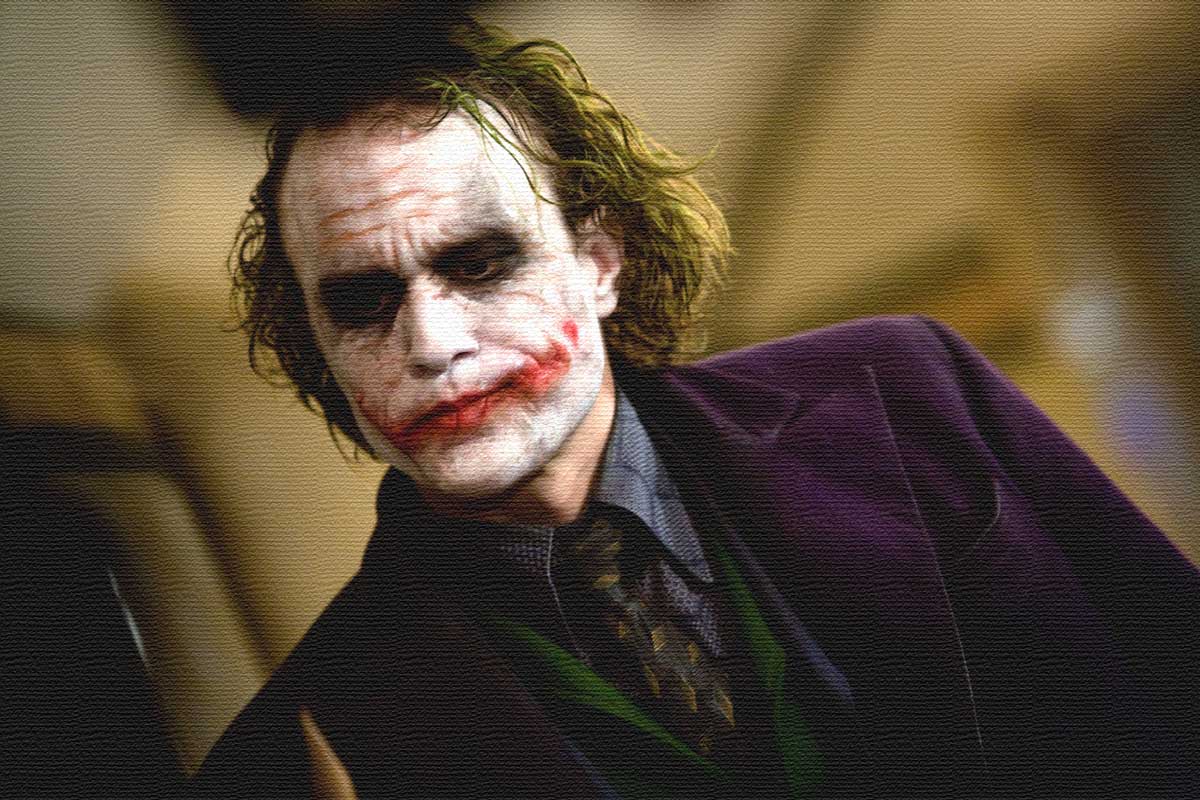 Tie 5 – The Joker tie in the Dark Knight

Another left field option, but this tie was an inspired choice to reflect the personality of the Joker embodied by the late Heath Ledger. The green colour and semi psychedelic tie design in part reflects the nature of the Joker’s personality.

It also complements his entire outfit matching his waistcoat and the green highlights in his hair. The Dark Knight tie made by Turnbull and Asser is semi-chaotic, but in a structured pattern which encapsulates the  Joker perfectly. His appearance may seem confusing, but there is an underlying structure and plan that he executes. 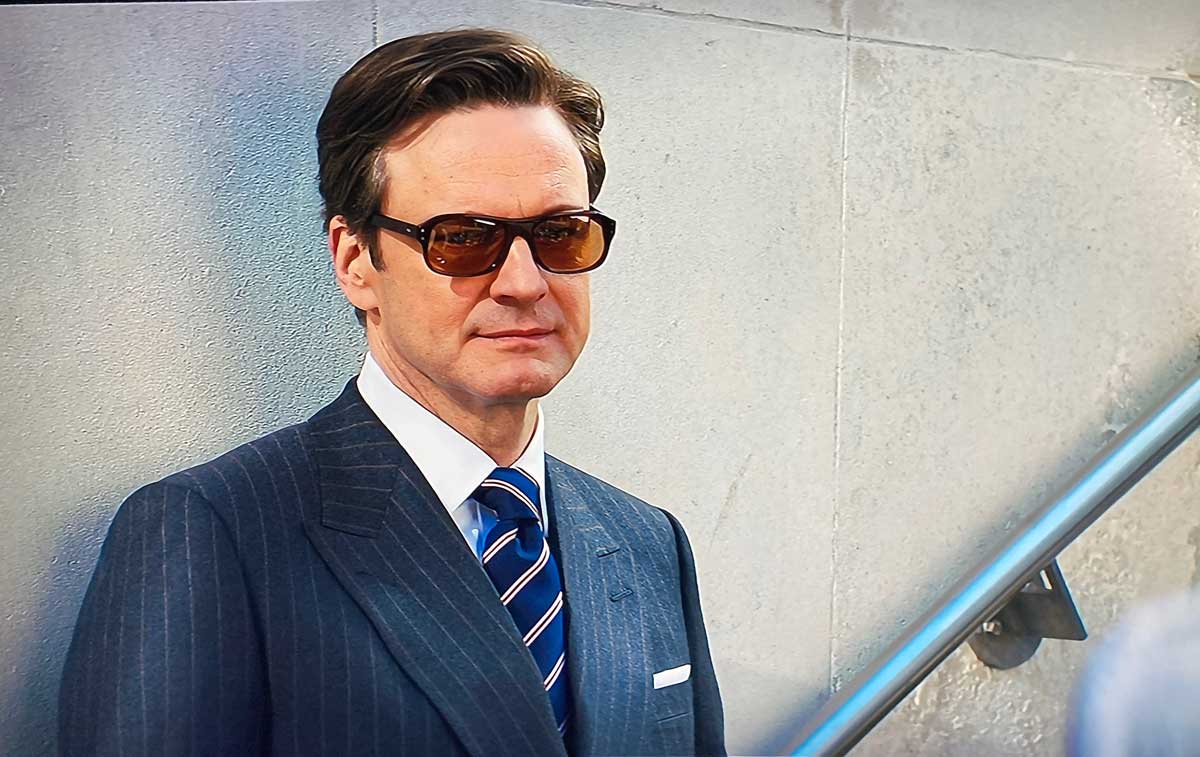 Ok, I am cheating here, but this tie epitomises the origins of ties. It was part of a uniform of military fighters. The Kingsman tie is similar to the Navy tie that Benson and Clegg Roger Moore wears in Live and Let Die. But the tie is much like any other school tie, it is a striped tie that has the colours Blue / White (pinkish) / Red. Going back to school ties, they are there to show membership of a school or a club, and who wouldn’t want to be part of a secret service that is dressed impeccably in Savile Row suits, count me in!

Be sure to catch our podcast review on Kingsman: The Secret Service. 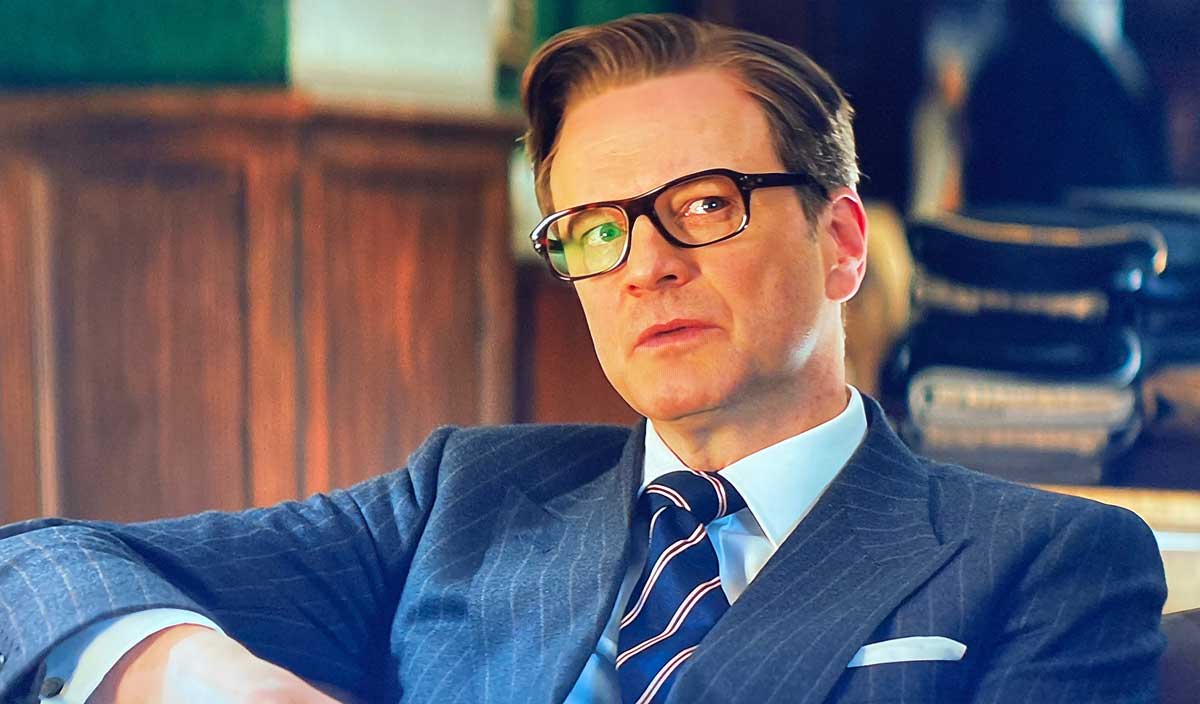 Now this is a personal opinion of ties on film, and I took the review of how it reflects the society and personality of the character played. The ties help us in identifying different tribes, be it the good guys or villains, or who are the friends and who are the foes. It can be a subtle addition to the overall costume, but it is one that I think makes the costume and presents the character.

The tie is a very accessible accessory, it comes in one size (mostly), and can be tied in about 177,147 different ways. For me ties are a wonderful accessory, and some of you may have seen on my Instagram profile a collection of men’s ties that have featured in James Bond films. Anyone can buy a navy blue suit and a white or blue shirt, but the tie brings it all together.