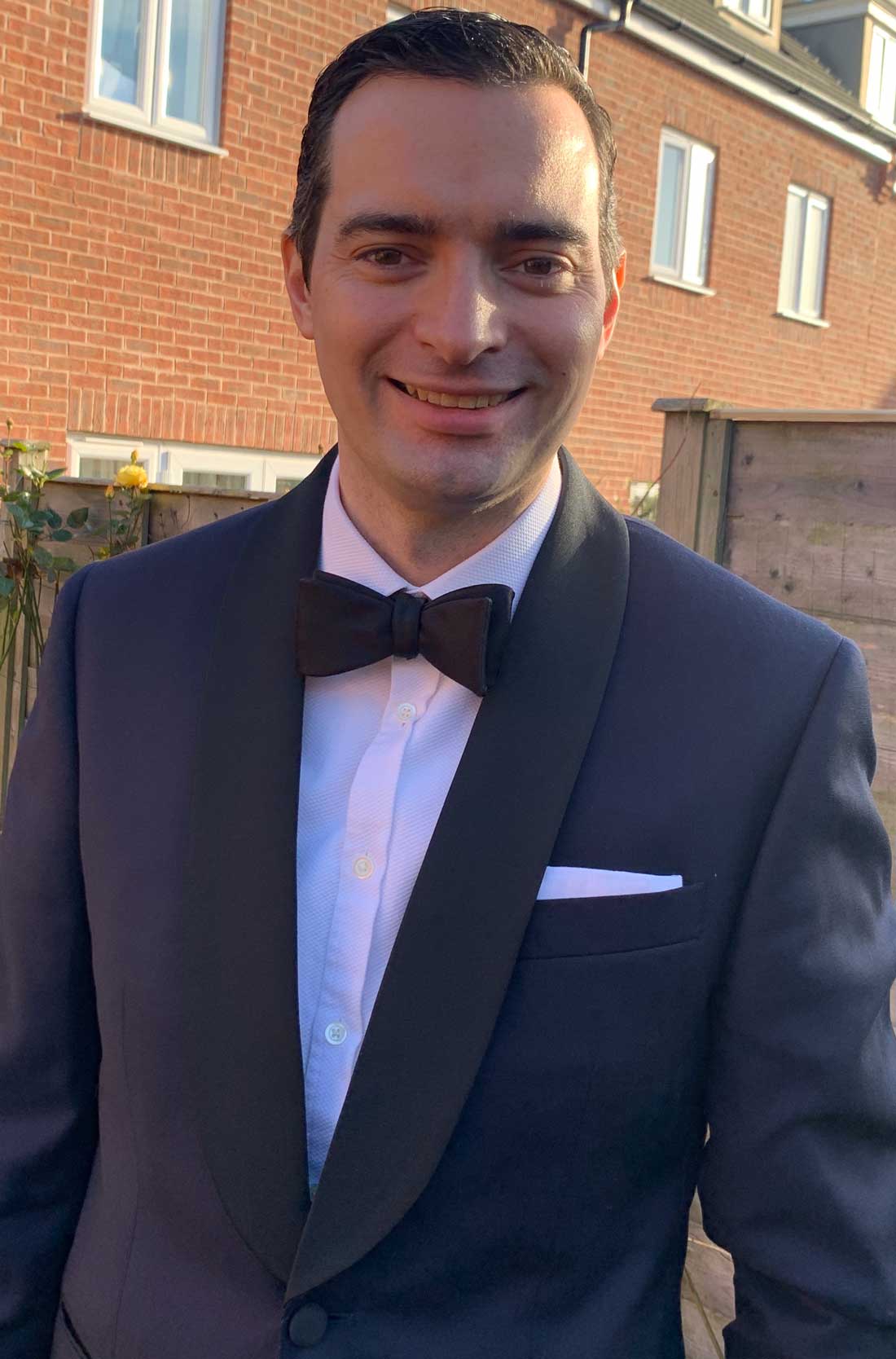 The first thing you think of

The bow tie is something we think of when James Bond is mentioned. Bond has worn Evening Dress in all but 2 films (3 if you don’t count From Russia with Love, as it’s not Bond wearing the Evening Suit, but a double!).

In Casino Royale both the evening dress shirt and the bow tie were provided by Turnbull & Asser.  We first see Bond wearing the bow tie as he’s preparing to go to the Casino, in his hotel bathroom, adjusting his tie. 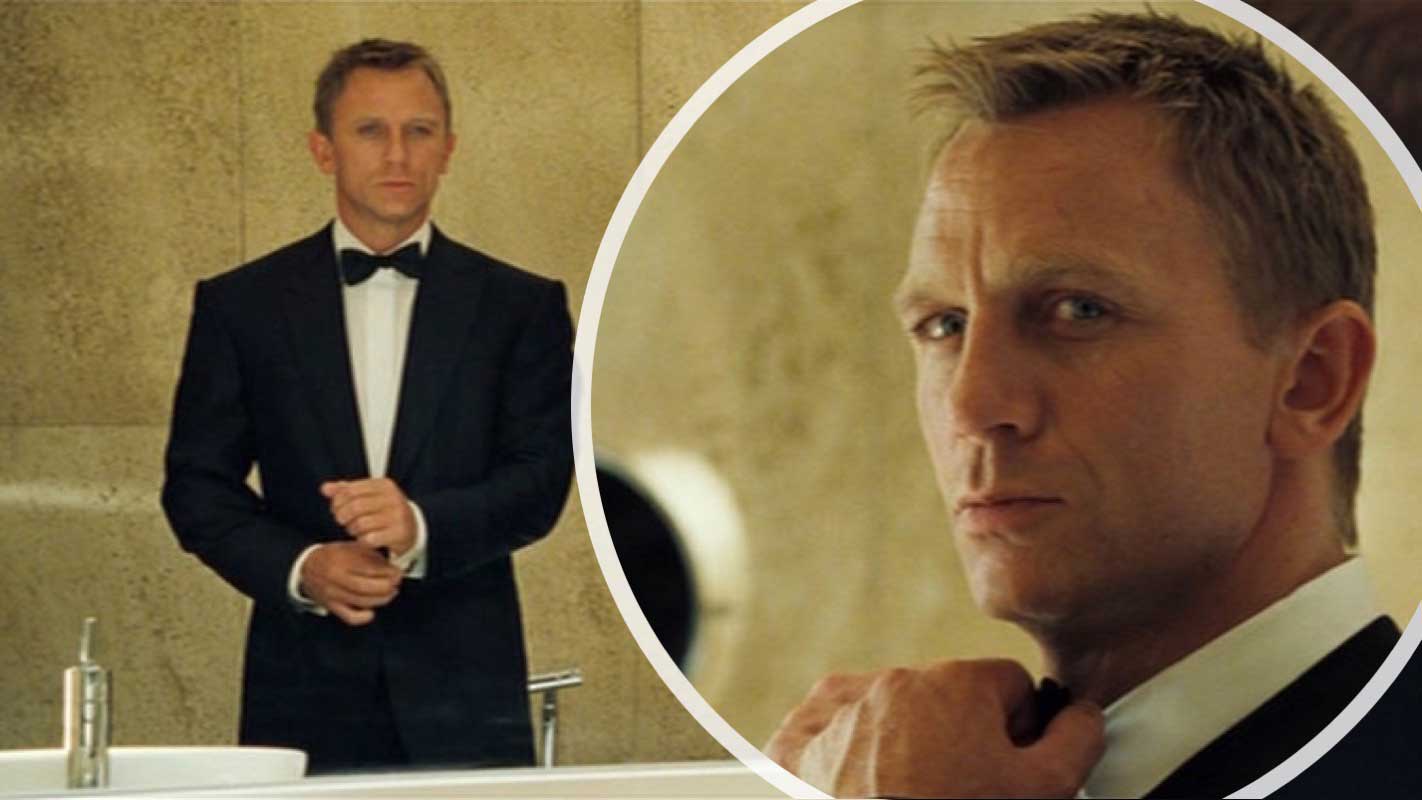 In 2006, Turnbull & Asser released the shirt and bow tie as a box set. It was some years later that they were re-released as separate items.

A new lease of life

This year the bow tie has been re-released again, Turnbull & Asser say that they:

“Meticulously refined to bring it closer to its on-screen counterpart, this now-iconic design features a unique shape and Shantung silk texture.” 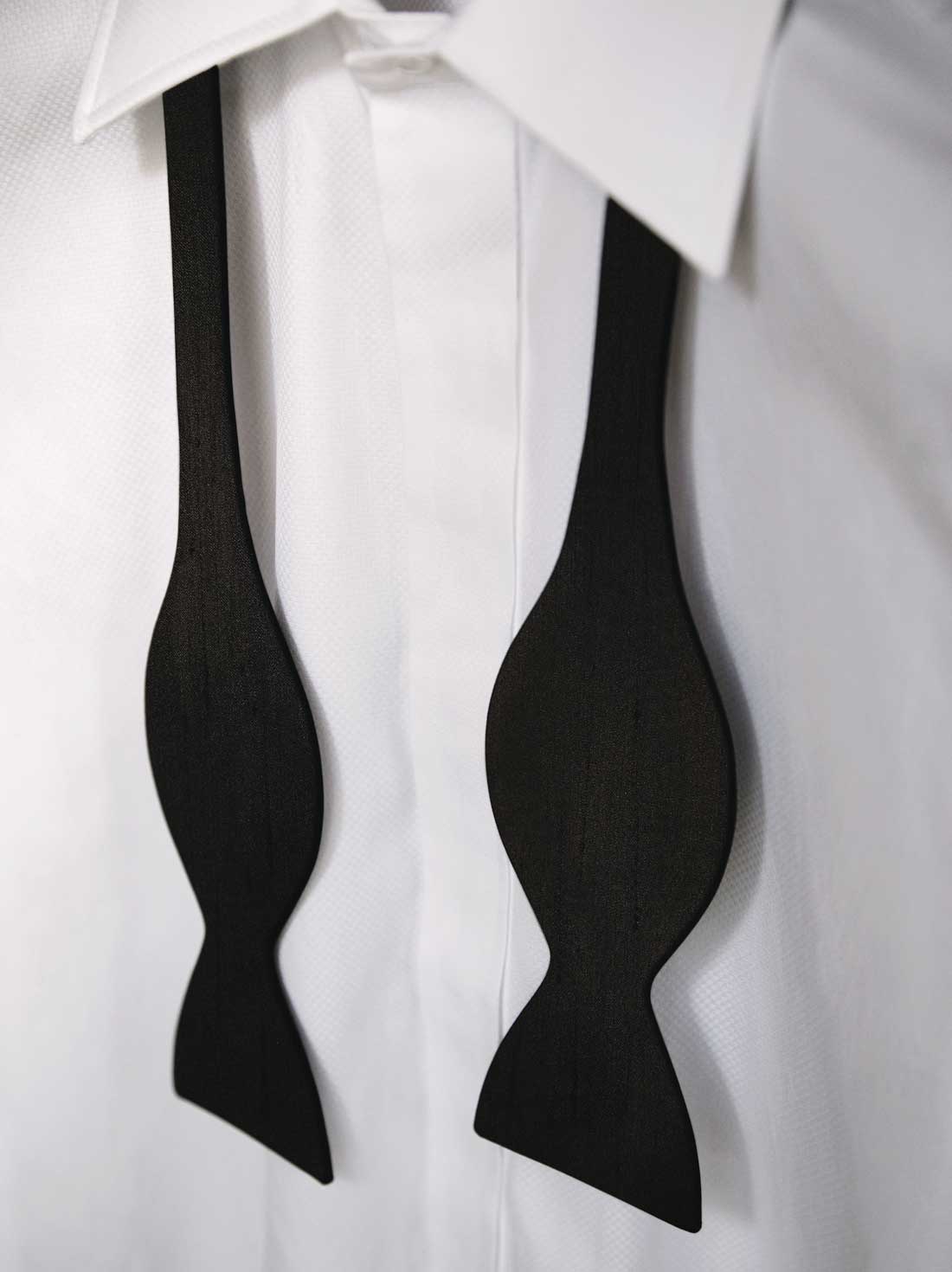 .. of the tie is a satin silk. It has a narrower butterfly shape style than most, which produces a smaller bow.  The tie is adjustable for any collar size between 14.5 and 18.5 inches. Although narrower, it is not as narrow as a batwing bow tie (Connery’s bow tie between From Russia With Love – Thunderball or Craig’s bow tie in No Time to Die), the shape it produces is much narrower. 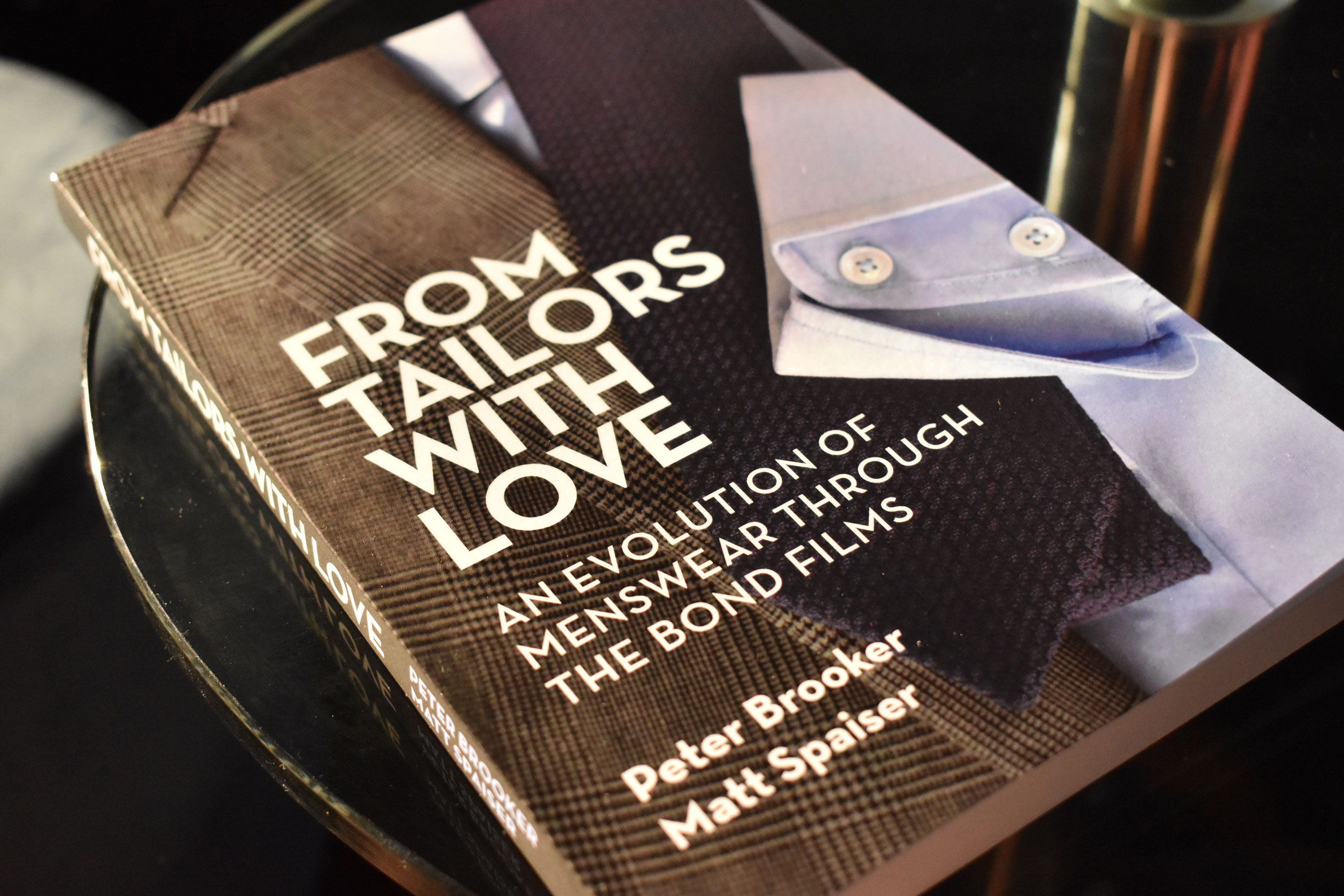 For me the slender bow tie has the more refined look. At least that is does in my opinion. Maybe it’s just the 60’s style I like about it, which has been adopted for most the Craig films. 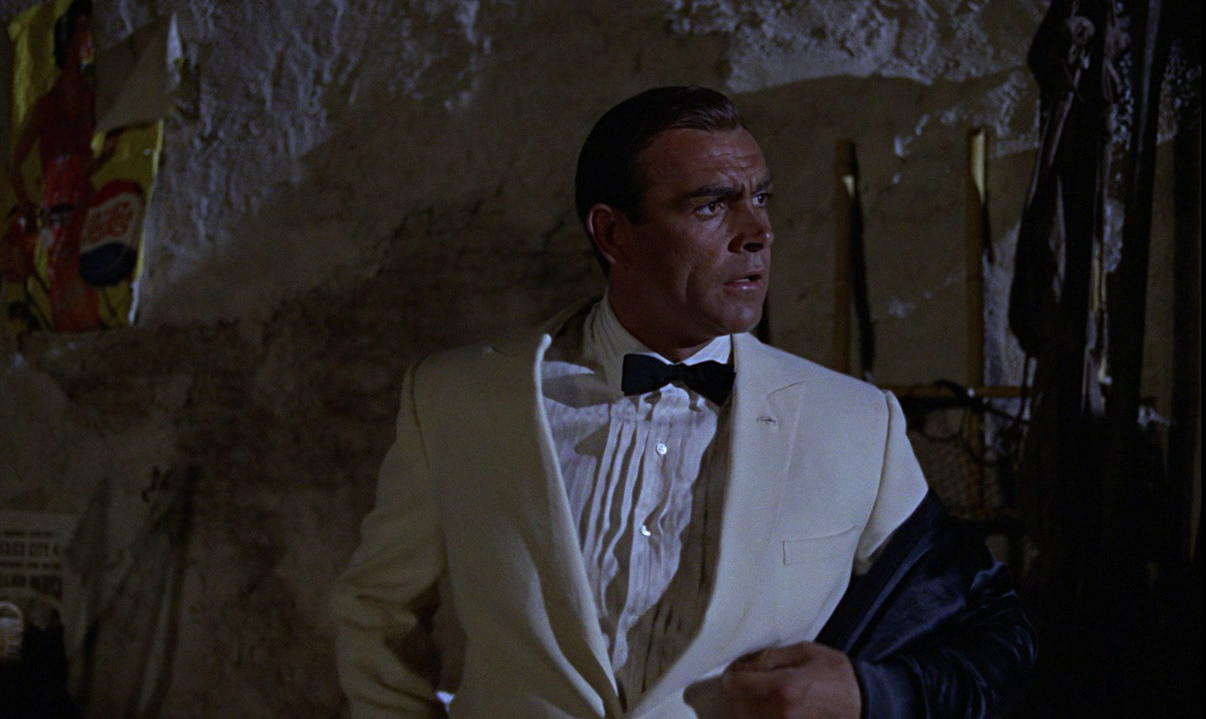 All manners of undress

Casino Royale probably has Bond in his evening suit for the most amount of time, out of any other Bond film.  So, we see a lot more of this bow tie than any other.

Done up, adjusted, undone and repeat!

Although I don’t wear a bow tie very often, I do go for this one compared to the batwing bow tie I own (also from Turnbull & Asser). It could be because it was (but not now) the closest to a Bond bow tie that I owned. The look and feel is luxurious. It is easy to do up, undo and redo up (as long as you’ve practised). And it looks good in any of these states.

There is something about a self-tied bow tie which although probably doesn’t look as good as a pre-tied bow tie, makes you stand out that little bit more, and is worth the effort of accomplishing. 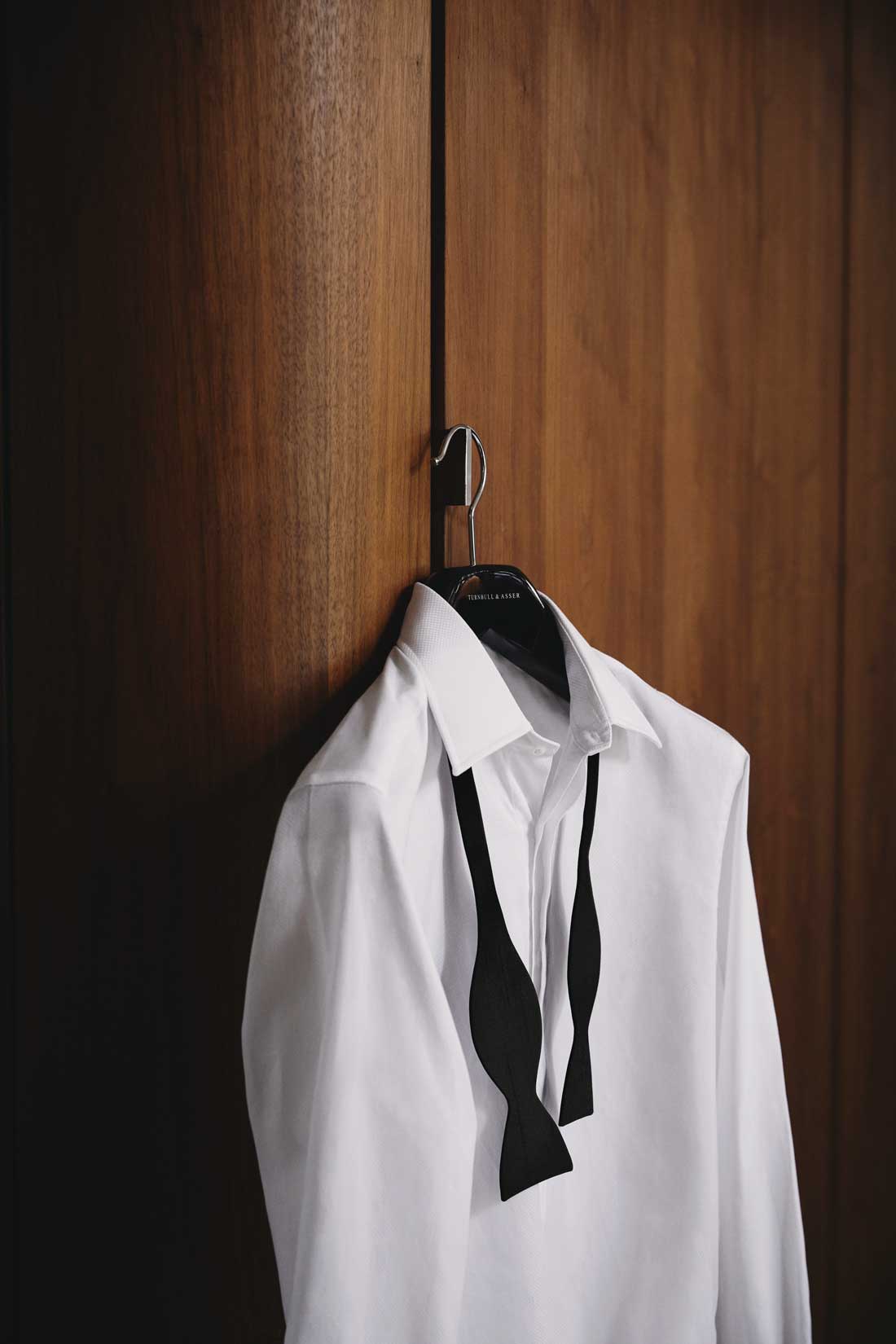 You always remember your first time

When I was 17 (nearly 20 years ago now!) I went to my first formal prom as a Sixth former. This was the first time that I wore an Evening suit! It was rented, as were the shirt (which was wing collared, for some reason everyone went for that?) and a bow tie. I insisted that I had a self-tie, while everyone else went for the pre-tied.

Once I picked up my order, I then spent some hours learning how to tie it up. The sole reason for this, was so when it got toward the party end of the night, I was able to undo the tie and have it undone draped down my chest.

Whereas everyone else just pocketed their pre-tied bow ties. It was for me a very cool moment for me. Something which stuck, as I have never bought a pre-tied bow tie since!

I thought it was very James Bond, although before 2001, I cannot think of many examples of seeing Bond with his bow tie undone around his neck. Other than Roger Moore in The Spy Who Loved Me, walking through the desert.

I think it must have been Pierce Brosnan in The Thomas Crown Affair. It was probably a recent DVD purchase, so that was where I was probably channelling it from. 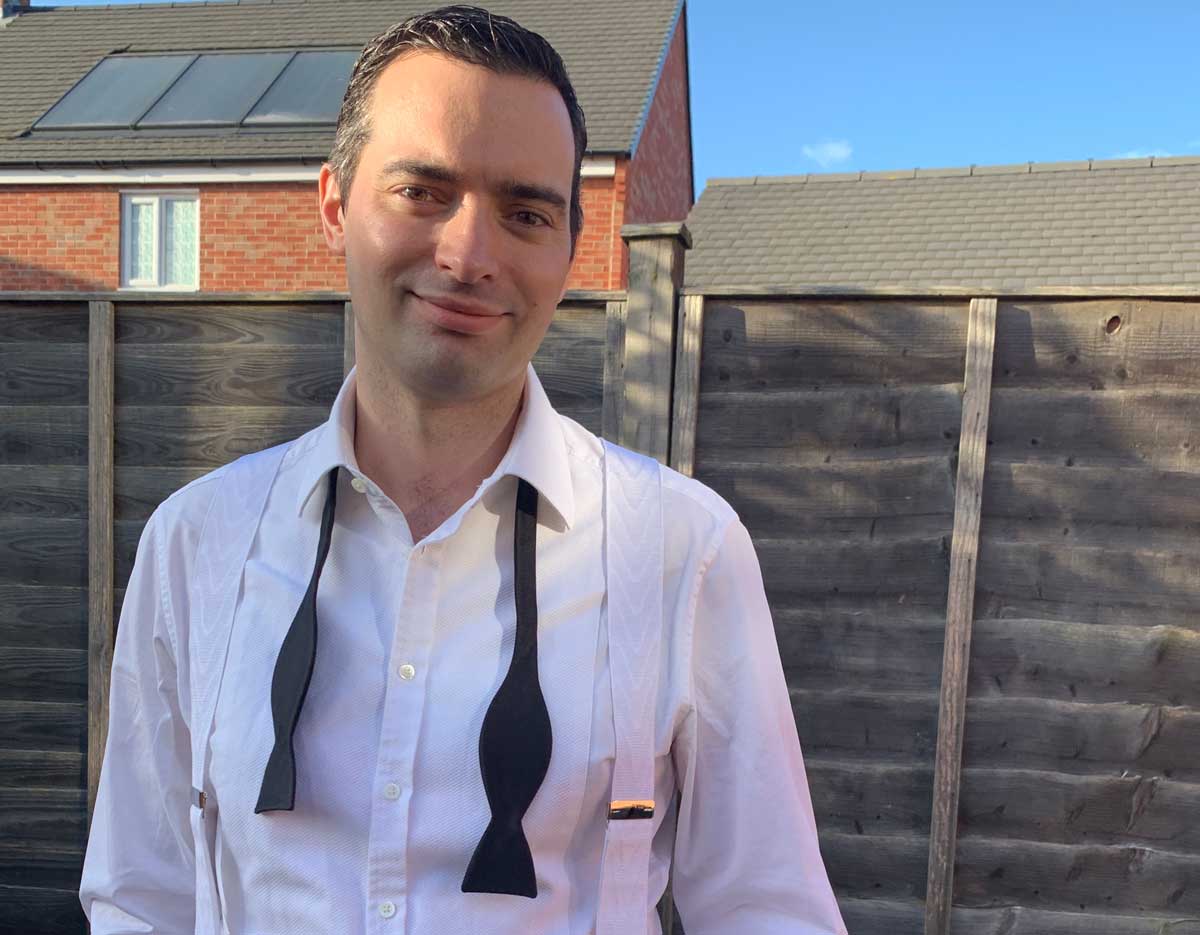 Like Bond in Casino Royale, when I wear the tie, I like to undo it at certain points in the night, then change my mind and redo it up. So, I have probably tied this tie a good hundred times or more in the 10 times I’ve probably worn it since 2017.

It doesn’t show any signs of wear. After hanging it up after use, the wrinkles produce fall out, so it looks new every time I wear it. The same can be said of its batwing counterpart, which I’ve had for many more years. No signs of wear and looks almost box fresh!

Whichever bow tie you purchase from Turnbull & Asser one thing that can be guaranteed is that you’ll get a quality product. It will last for many formal occasions to come over the years, just take it easy with the DBS, Q wants it back in one piece!

All screencaps in this post are the copyright of their respective movie studio and are reproduced here under the Fair Use doctrine. Sourced from ScreenMusings.

The Turnbull & Asser Bow Tie is currently available to buy on their website here.