Are we all thinking it but not saying it? In the article style-conscious prolific British Film Producer Jonathan Sothcott unveils his thoughts on the current style of Daniel Craig’s James Bond.

In a previous episode of the podcast Jonathan shared with us some memories of his friendships with previous James Bond tailors, Douglas Hayward and Frank Foster.

In this exclusive interview Jonathan Sothcott reveals details of his personal style and why Daniel Craig has got the James Bond look so wrong. 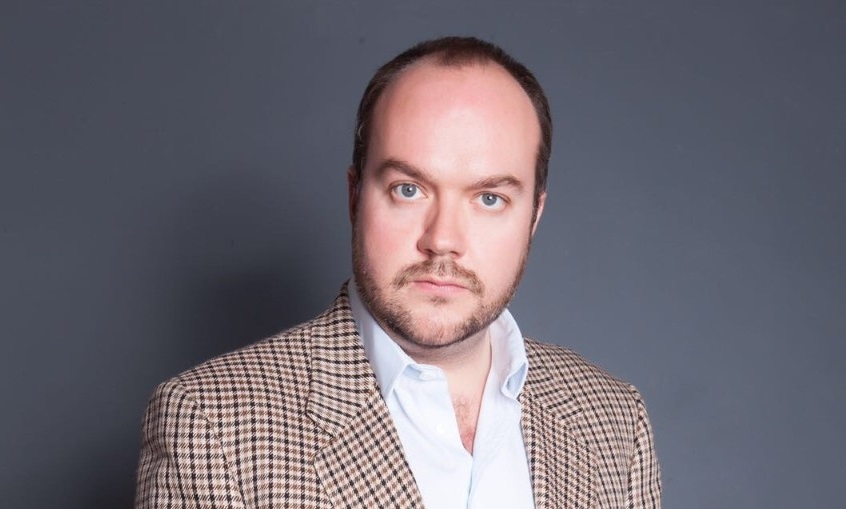 OPERATION: THE WAITER LOOK IS OVER

I feel like if you weren’t a film producer you’d be a stylist or the Editor of Rake, what would you say?

Well Tom Chamberlain who is the editor of The Rake is a friend of mine, and I don’t think he’ll be having any sleepless nights about your very flattering compliment!

He’s such a smart guy, he really is the walking embodiment of that magazine’s ethos too – he has total respect for tradition but embraces what it is to be a modern man. He also smokes a splendid cigar. 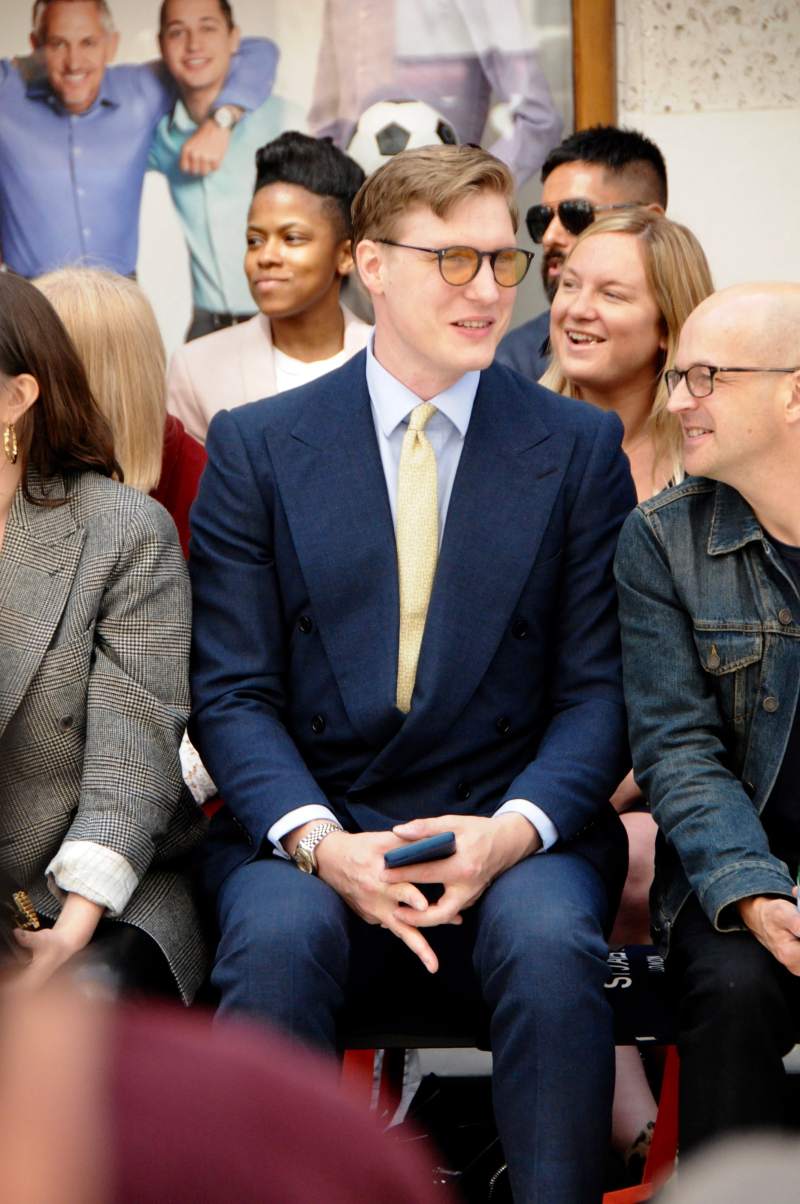 Tom Chamberlin Editor of The Rake

I sometimes think I’d have been a tailor but that was really inspired by my great friend Doug Hayward who seemed to have a lot of very nice lunches while doing as little tailoring as possible!

I can’t see me being anything other than a film producer though – film is in my DNA and i never forget how incredibly lucky I am to make a living out of my passion.

How would you describe your personal style, and has it changed or adapted to meet modern trends over the years?

Well it has been taken in and let out a few times to accommodate all those nice Hayward-style lunches! I guess my look is pretty classic – blue blazers, sports jackets. Grey flannels. Gaberdine slacks in the summer.

It isn’t particularly on trend at the moment but I very much enjoy well cut 3 button roll 2 jackets. That is a lovely look. I think – unless you are a real dandy – it takes you years to find your personal style and now I’ve found mine I don’t see it changing. 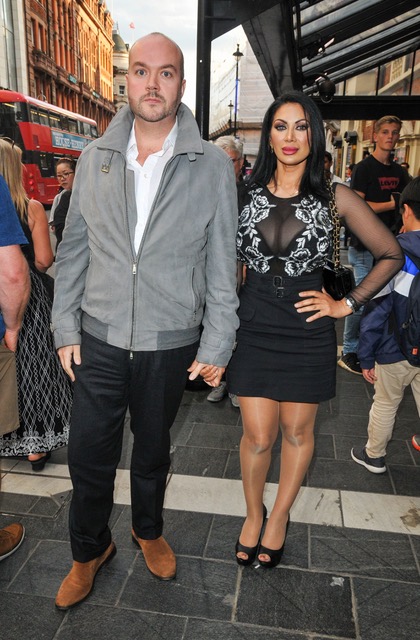 I very rarely have to dress smartly in my job – most film producers look like bums – I do so because I like it. I’m not and never have been comfortable in casual clothes – sure I wear jeans at home but I would never wear trainers except to exercise.

When I put a nice jacket on I feel ready for anything. Janine, my partner who is incredibly chic and stylish, really appreciates it too – I think she feels I’ve made an effort to go out.

Out of all the photos I see if you Jonathan, I think you have a penchant for a pinstripe suit. Would you say this is your signature look?

Strangely no. I only have one true pinstripe which is a lovely navy 3 piece made by my tailor Terry Haste. It is definitely a striking look though – a journalist once wrote that I had the air of a Pinter villain in my pinstripe suit – to this day I’m not sure how to take that!

My go-to look is a blue single breasted blazer and grey flannels. I have several Terry has made for me and a few Brioni’s off the rack.

I also have a black hopsack one Hayward made for me just before Doug died. I like a blazer that looks like a blazer – metal buttons. I hate the suit jacket and trousers look and I would not wish to emulate it – so lazy. 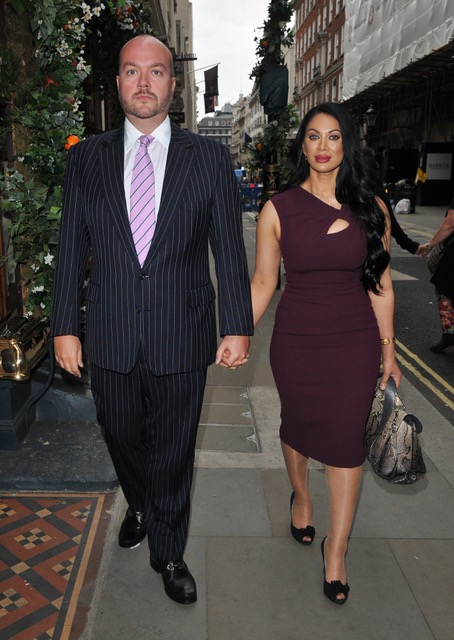 Is there a trick to waring a Pinstripe suit the right way? Do’s and Don’ts?

I think you need to keep the details to a minimum – the stripe is enough of a statement. No loud linings or ticket pockets. Personally, for me, it works better as single breasted and three piece.

Where do you buy your suits and shirts from these days. I notice you don’t tag the brands of the clothes in photos, is that a conscious thing?

I don’t think anyone cares where I buy my clothes so it doesn’t occur to me…. I’m not very good at Instagram. I have all my shirts made by Frank Foster they are the best shirtmaker in the world.

I could have a shirt made there every week for the rest of my life and not run out of inspiration (running out of money on the other hand….). 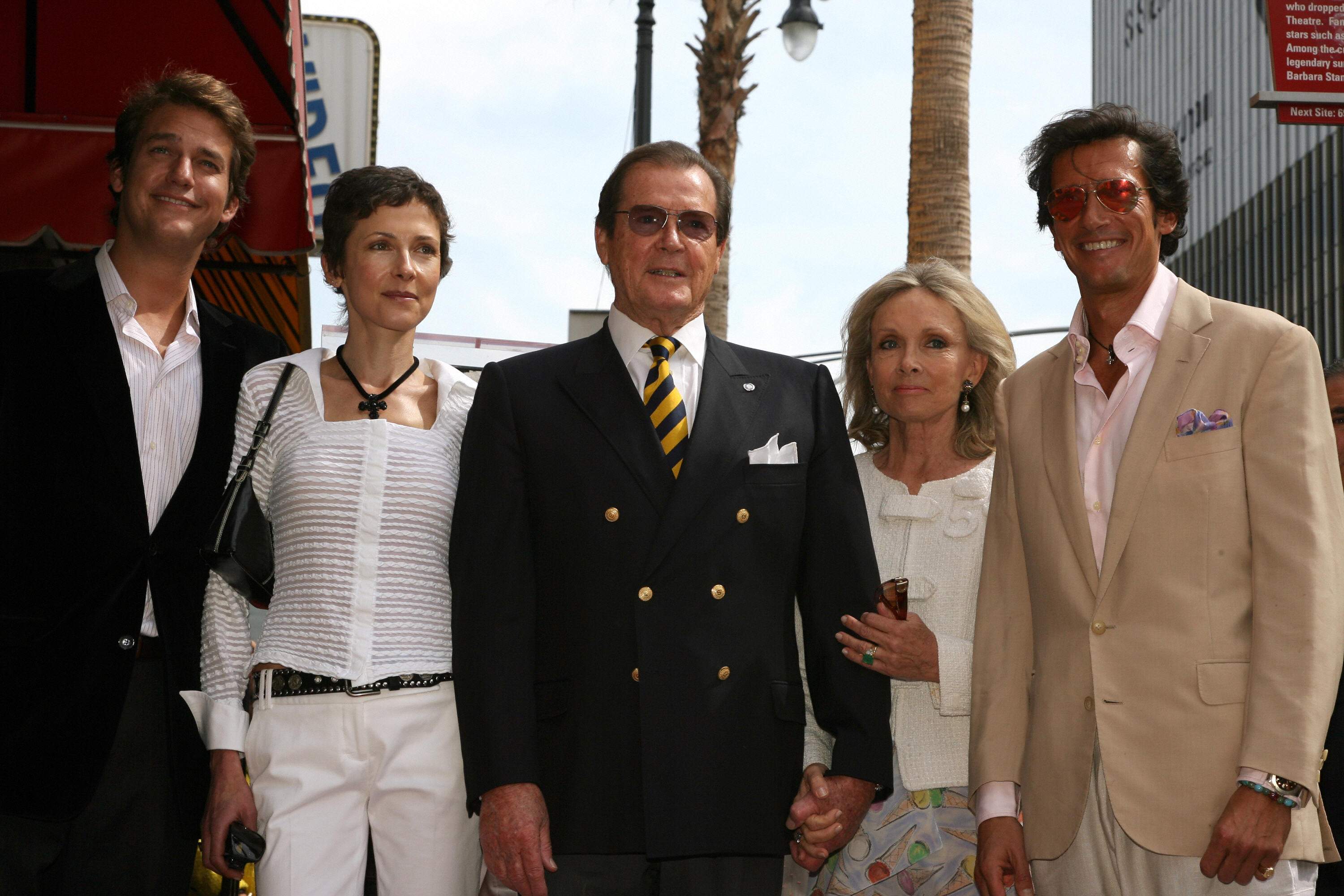 I have a couple of shirts by the Italian brand Stefano Ricci which are beautiful, stunning fabrics and details – I bought a couple in Beverly Hills and at the new(ish) London store but they are so expensive.

In the past I have bought – influenced by my dear friend Geoffrey Moore – shirts from Angelo Galasso but they are not really for me anymore and my 18 year old has now acquired them!

I buy all my shoes and boots from Ferragamo. They are beautiful and comfortable and they accommodate my hopelessly large size 12 triple E feet. I hate lace up shoes (and cuff links) – too fussy.

I think my favourite pair are chestnut suede chelsea boots. Casual but smart at the same time. My daily shoe is a black leather or brown suede slip on. 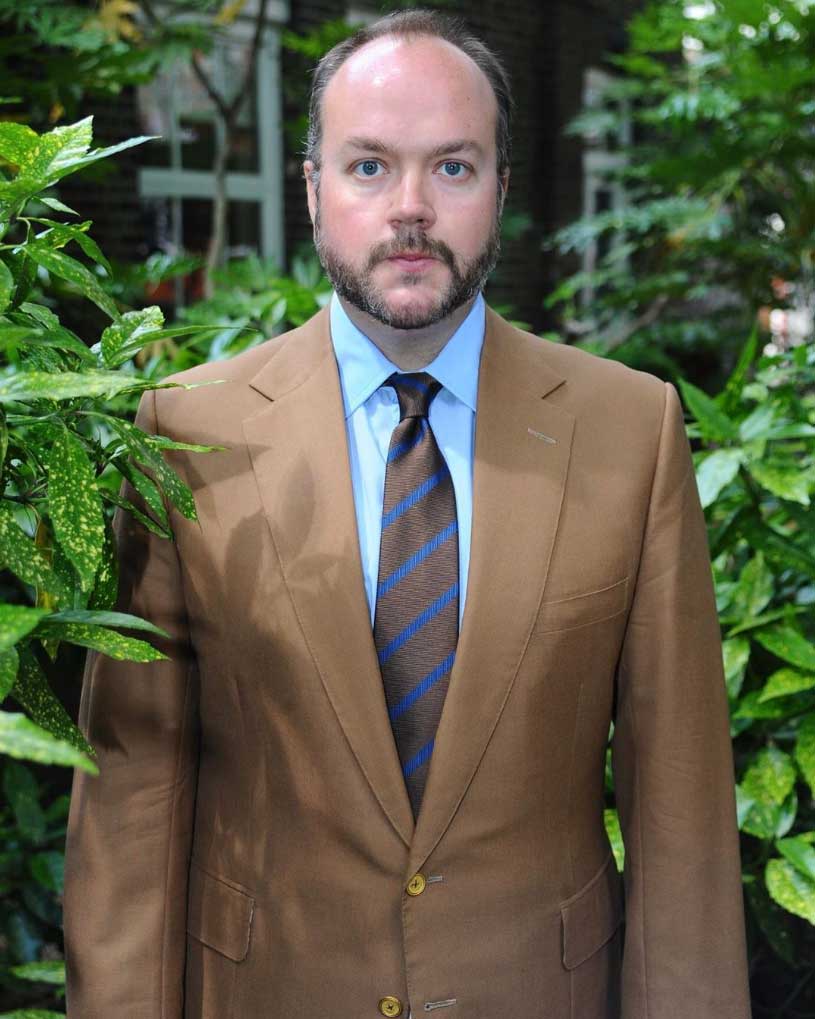 Jonathan Sothcott – a man that needs his own podcast

As I mentioned my tailor is Terry Haste at Kent Haste. He is the best bespoke tailor in the business. I have a lot of off the peg Brioni jackets and suits too.

There used to be a shop in Paris called Aramis and Brioni made stunning stuff for them. One of my favourites is an ice blue blazer with silver buttons I bought there.

I have a couple of jackets from the Italian brand D’Avenza too: and a lovely navy cashmere coat. Speaking of coats I bought an amazing white one from a store on Wimpole Street called Baroni.

I know ‘white coat’ sounds a lot like ‘pimp costume’ but it is actually a really lovely piece and quite understated. 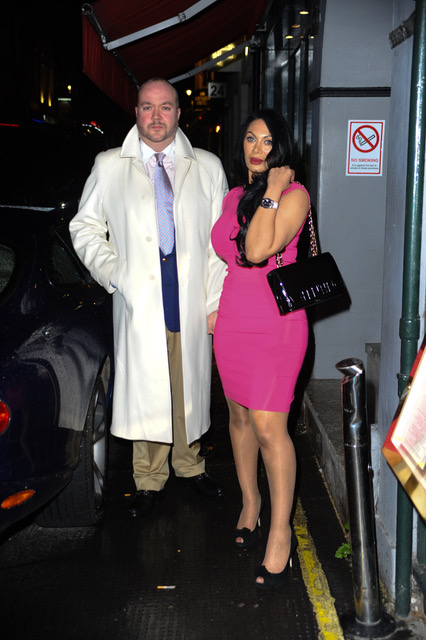 Jonathan Sothcott the new pimp on the block

I haven’t counted but I guess I have 50 or 60 jackets and suits – I have lost and am losing quite a lot of weight this year (3 stone so far) so am just having things taken in until that settles.

I have a couple of lovely casual Brioni jackets. The nicest is probably a light grey nu buck one I got in Selfridges. I had a lovely Brioni black perforated leather jacket from San Carlo in Curzon Street but it got stolen last year. I’ve not seen one as nice since.

I only wear Rolex watches, which are another passion. My favourite is a steel Yachtmaster 1 with a platinum bezel and dial which my partner Janine bought for me.

It is more elegant than a submariner but still appropriately chunky. I’m a big guy: the Rolex sport watches suit me and they go well with my look. I have my eye on a Sky Dweller next. 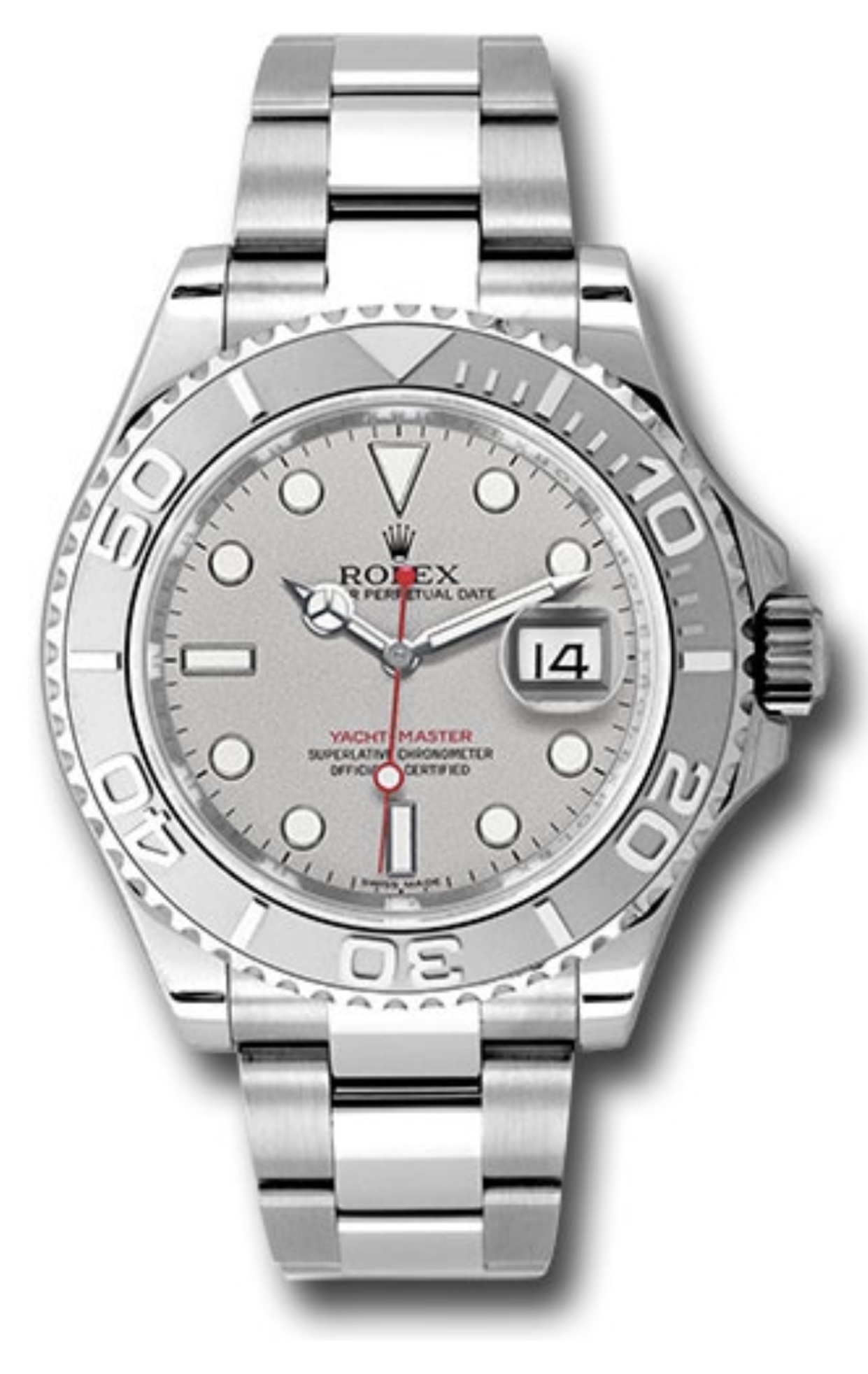 I buy my casual stuff – sweaters etc – from Ralph Lauren or the Anderson & Shepard haberdashery. I also buy all my ties there and from a shop in Paris called Hartwood.

Janine buys most of my ties; she totally gets my taste which runs to pale pastel stripes and spots. I love ties: I probably have a hundred. I absolutely detest the current trend for skinny ties – they look like primary school ties and are incredibly unflattering.

Is it possible for you to look at movies without judging the costume design?

Yes if the movie grips me. Or if it isn’t a suit movie. I have worked with a number of costume designers over the years who were clearly in need of lobotomies so I know first hand how quickly and easily it goes horribly wrong. 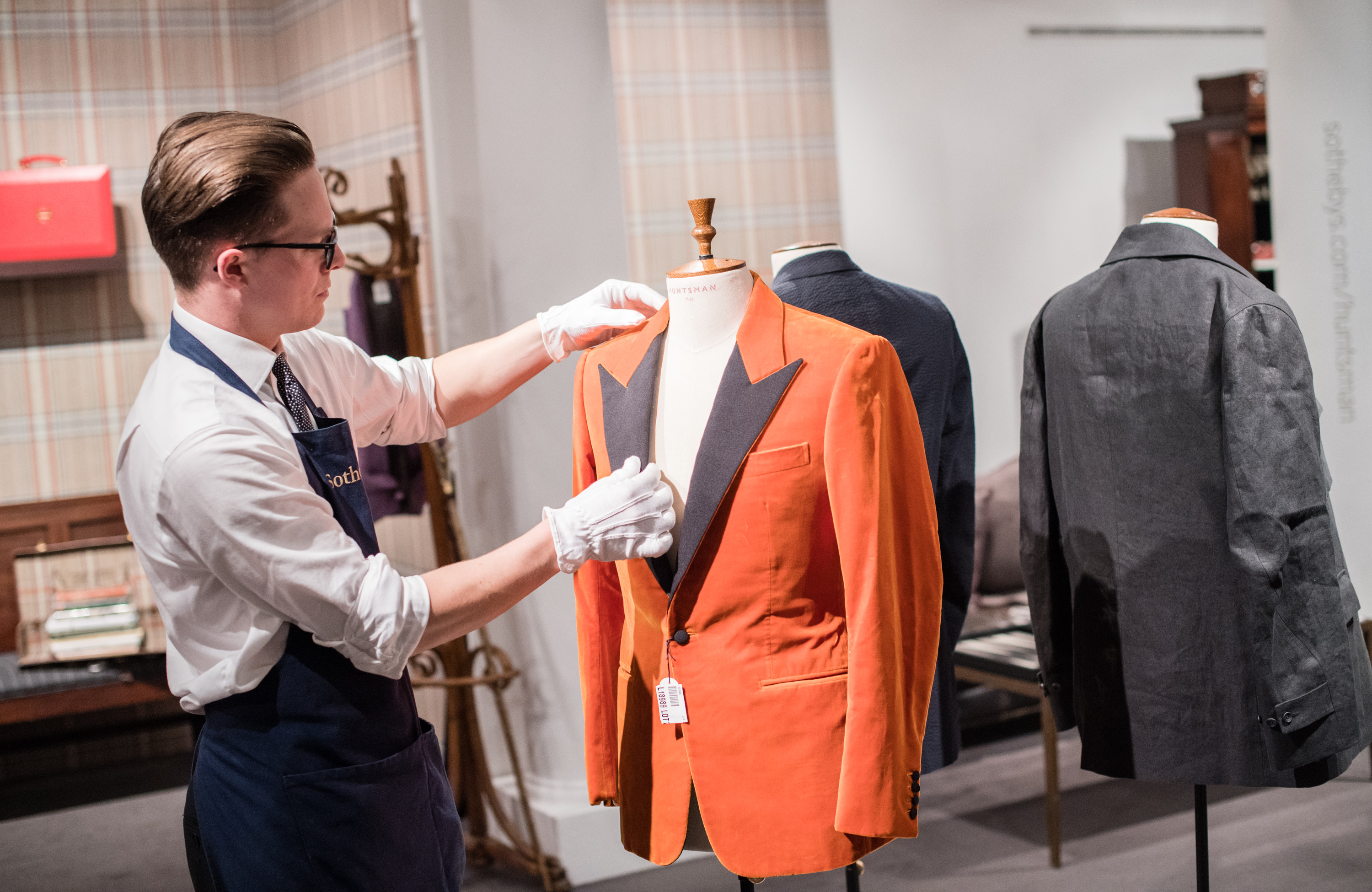 The infamous Kingsman Jacket, auctioned at the Huntsman auction at Sotheby’s

Which films in the past five years have really stood out to you with regards to great costume design?

Kingsman, obviously, that was a lovely film on all fronts. I thought Jason Statham (who takes his clothes, shoes and watches very seriously) looked great in Hobbes & Shaw. It is a world removed from my style but I think Robert Downey Jnr’s Tony Stark always looks brilliant.

How closely do you work with the costume department for your own films?

In my films people are often dressed casually or for action. I had a great professional relationship with a very talented costume designer called Lenka Padysakova who has now made the move to LA. We worked closely on Danny Dyer’s look in Vendetta – the cashmere Crombie coat and rollneck.

He wore my black Submariner in that film (and so did Leo Gregory in Top Dog). Lenka was smart and had a bit of flair. She got all the suits for ‘We Still Kill The Old Way’ – people always think they are designer but they were just M&S (it was a low budget movie!). 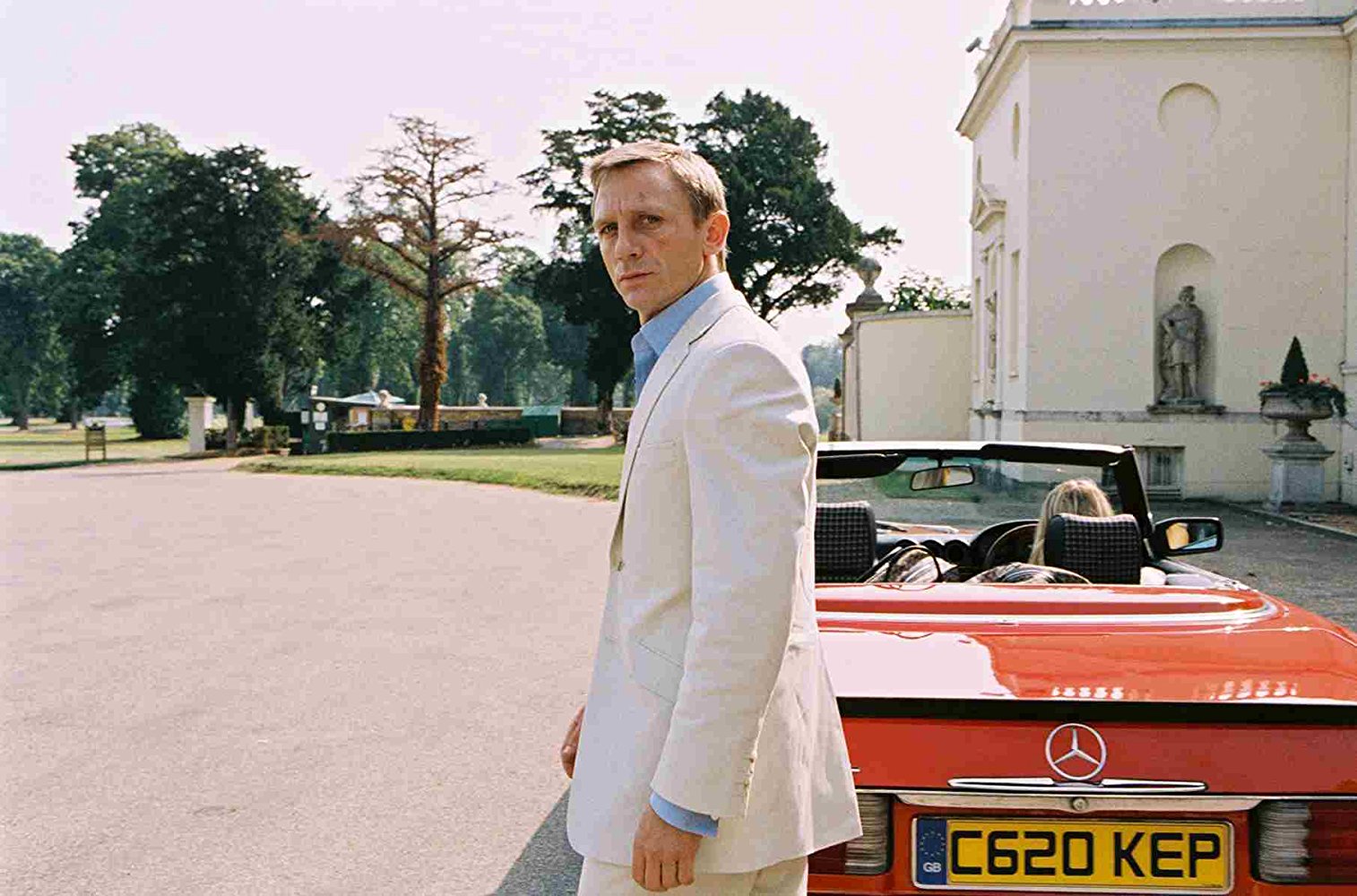 Has there been any of the recent Daniel Craig suits that you liked?

No. I’m sure the suits are perfectly nice but he is not a natural clothes horse and the suits simply do not fit him. He looked much better in Layer Cake. Whoever is buying the suits (at least) a size too small is doing him and the films a disservice.

I’d convince him or whoever has the half baked idea that tight suits will make him look buffer that they are wrong. I’ve met him, he’s not a tall guy. Physically he’s nothing like Moore or Connery. But it could all be sorted out with a decent tailor.

There has always been this excuse since Goldeneye that Savile Row can’t cope with all the duplicate suits Bond films require for action scenes. I bet you they could – the association with Bond would make anyone adapt their business model. 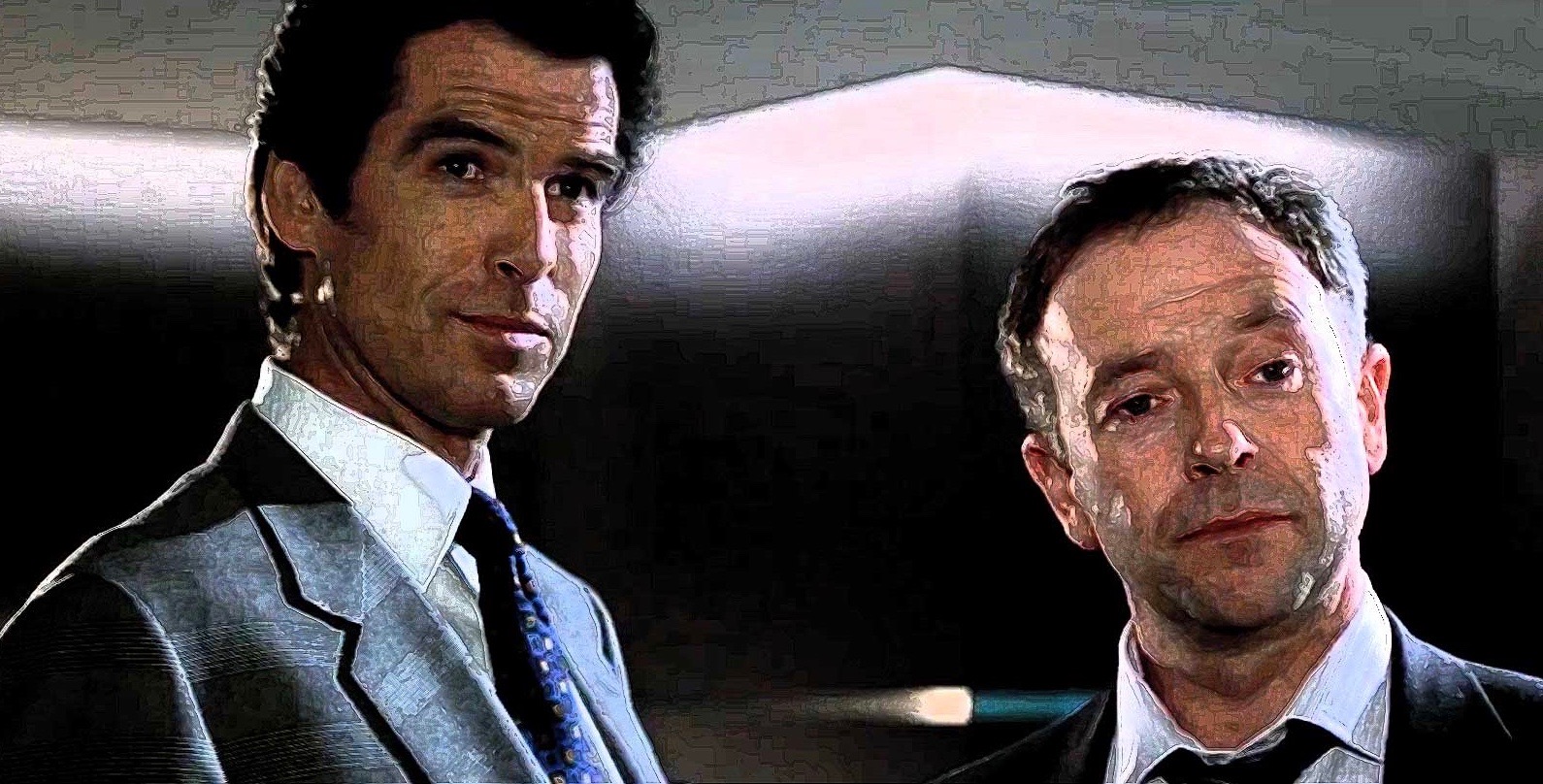 The bean counter is behind you boys

I don’t like his casual looks either. I had an informal lunch the other day with a serving SAS soldier and he was immaculate. Blazer, white shirt, smart wool trousers. I’d tell you about his watch (which was amazing) but I’d probably have to kill you!

The most timeless clothes in the Bond films are from the 80’s Roger Moore films – not only is the tailoring the best but the leather jackets and casual styling is all immaculate too.

Everything fits perfectly. There is nothing in those films I wouldn’t wear today. Brosnan always looked great too – I think its a shame his legacy isn’t as popular as he was during his tenure.

If not Tom Ford, who else would you like to see supply the suits for the Bond films?

Anderson & Shepard. I believe they dressed Statham for Hobbes & Shaw (as well as in his personal life). Or any of the Savile Row tailors. But like I said, it isn’t the suits so much as the fit (and the styling – I’m not a fan of the thin white pocket square: lazy).

Many years ago Christopher Lee told me he asked (his step cousin) Ian Fleming what he thought of Connery as 007. Fleming apparently said “James Bond is not a waiter.”

I have never been a fan of the Connery Bond look (and in one of the early films he even has the wrong button done up on his blazer, hence my using the term look as opposed to style) but I know a lot of people are.

A lot of men like that muted, monochrome look as it makes dressing smartly easy due to lack of choice. I like bold colours and patterns as well as more subtle shades so I guess it isn’t surprising that the Connery and Craig looks don’t resonate with me. 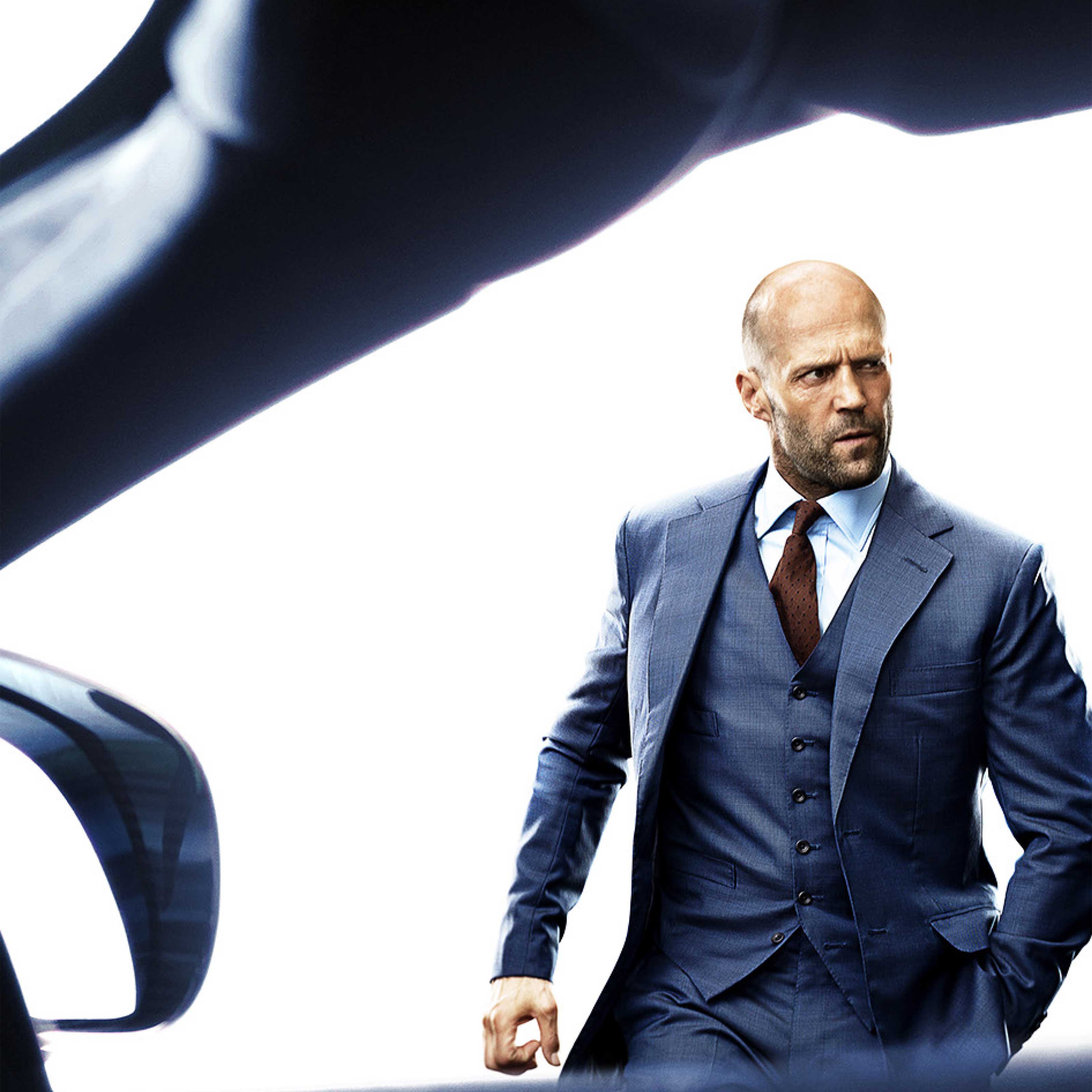