Jonathan Sothcott is a prolific British film producer with some stories to tell. He was a patron of both Doug Hayward and Frank Foster, tailors that had a meteoric influence on the style of James Bond throughout the 60’s and 70’s.

Doug Hayward opened his doors on 95 Mount Street in 1967 and at any given time, would see a slew of Hollywood A-listers coming and going.

His client roster boasted the likes of Clint Eastwood, Richard Burton, Peter Sellers, Robert Mitchum and Steve McQueen whom he would later provide the suits for in the 1969 film, The Thomas Crown Affair. 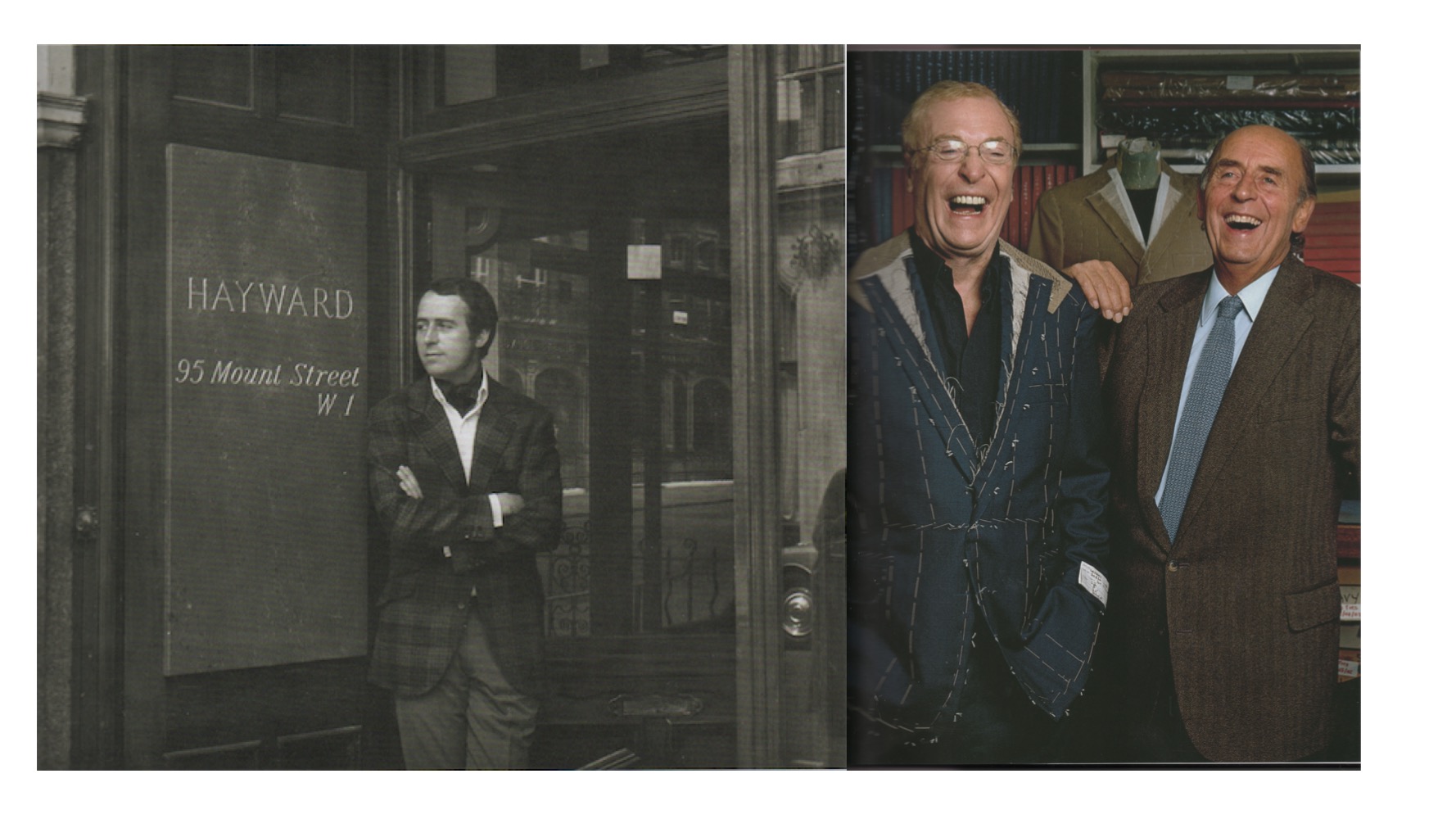 Doug Hayward on Mount Street and sharing a joke with Michael Caine. Scanned from the book Savile Row by James Sherwood

Hayward provided the suits for Roger Moore both on and off screen. He took over as Bond’s clothier from Cyril Castle in For Your Eyes Only and cemented Bond’s style in The Spy Who Loved Me, Octopussy and A View to a Kill. Suits that are described in James Sherwood’s book Savile Row as ‘fatally sharp’.

Jonathan discovered Frank Foster through Roger Moore, who instructed him to go to see Frank on Pall Mall Street to get his shirts made.

‘Frank liked me,’ Jonathan recalls ‘which was nice because Frank was a rambunctious fellow that didn’t like many people. I remember the last time I saw him, on the way out of the store I overheard him say to one of his team, “I like him, he’s a nice boy”. That meant a lot to me.’ 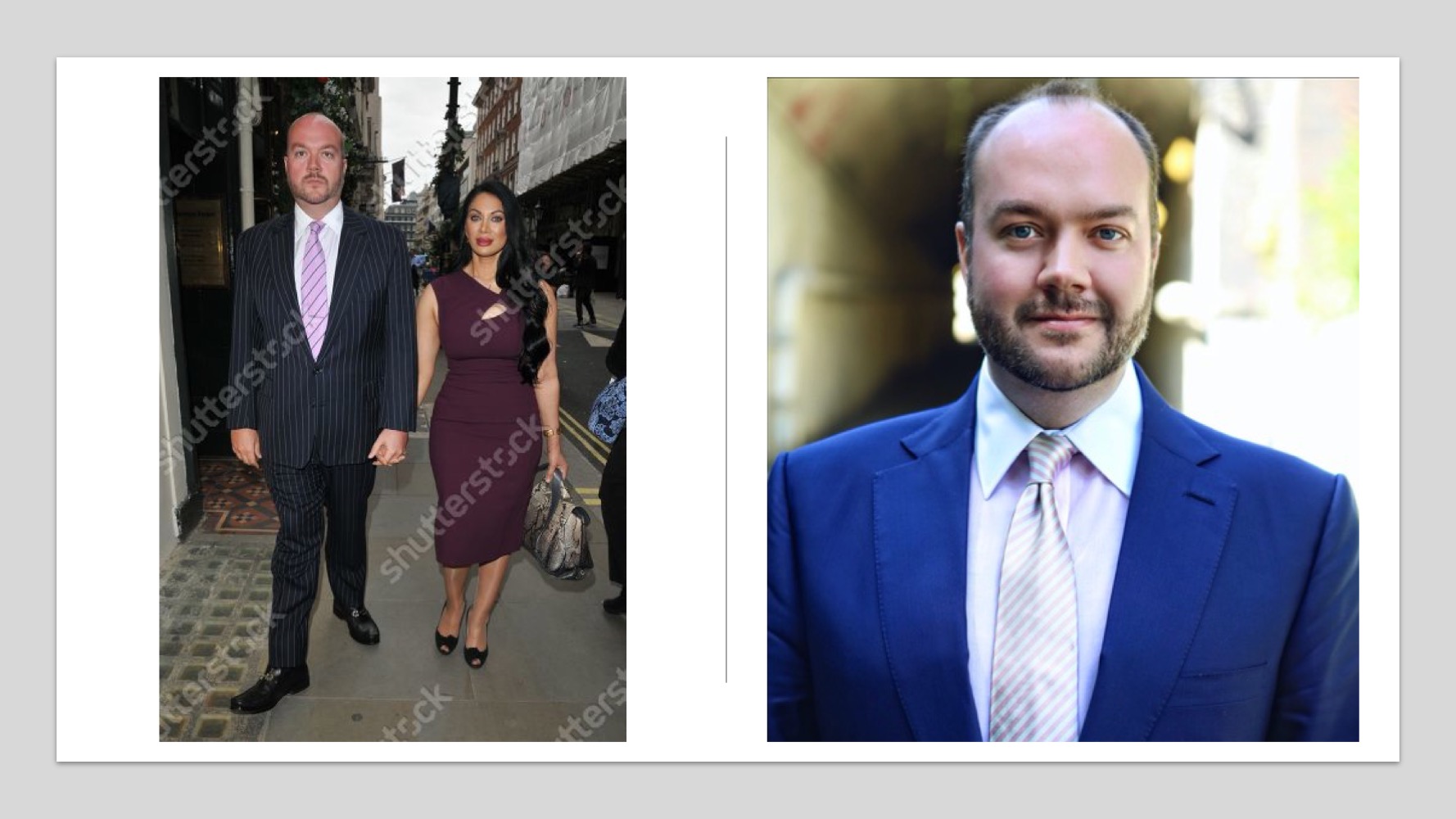 Frank Foster has said in an interview with Matt Spaiser that he provided shirts for the Bond films since Dr No. Matt has been a real flag bearer for Frank Foster having written many articles on the shirts that Frank provided for Bond films.

You can catch Matt talking about the inner workings of his blog in a dedicated behind the scenes episode.

I can’t wait for you to hear this episode with Jonathan. Below is an excerpt of our conversation NOT featured on the podcast. 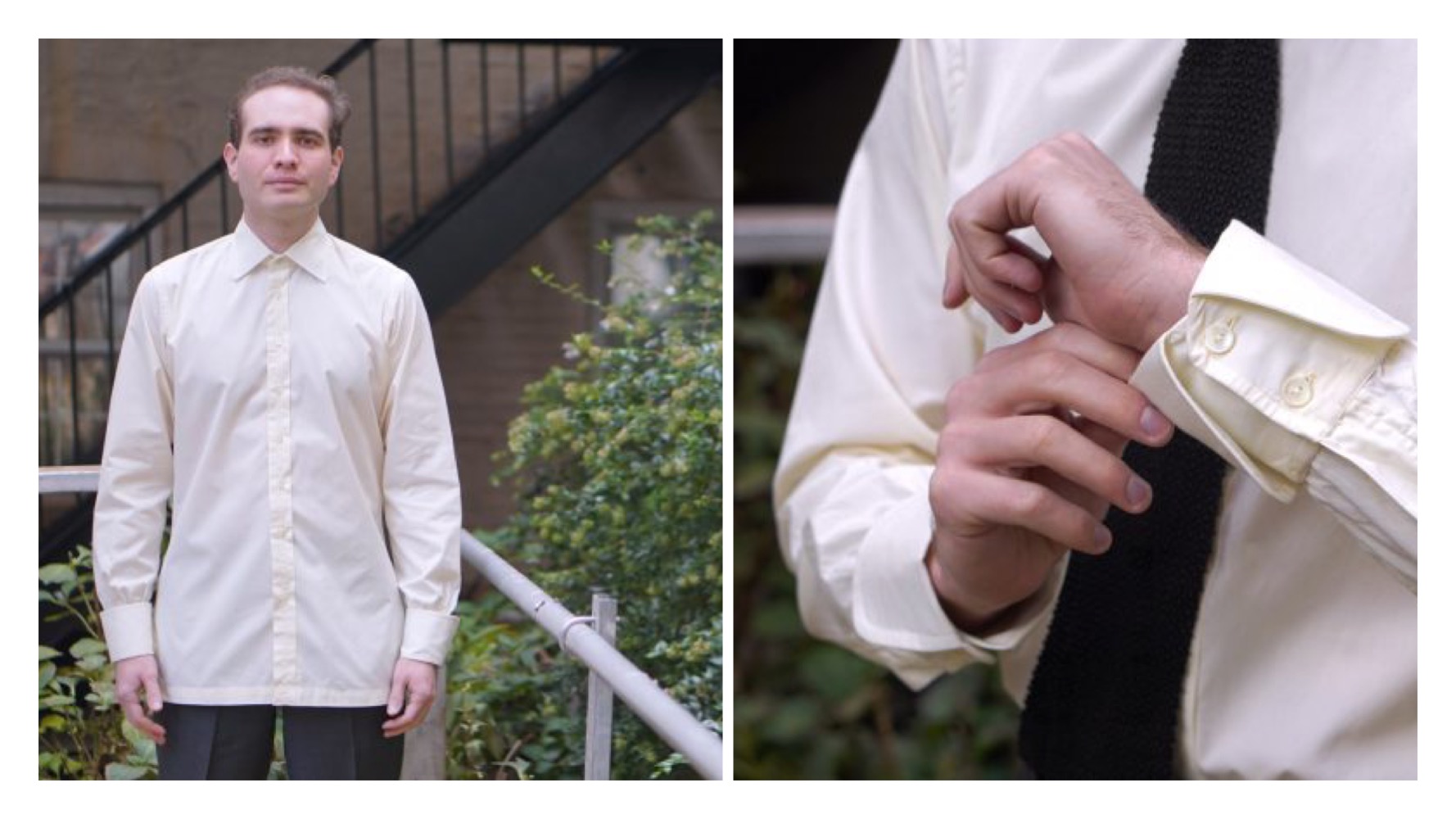 Jonathan what are you other favourite Roger Moore movies outside of the Bond franchise?

I like Gold, I didn’t like it when I was a kid but it grew on me. Shout at the Devil is a fucking slog, I never understood it, its about nine hours long.  The one I really like thats really underrated is That Lucky Touch.

I think its rally good fun her and Susannah York had amazing chemistry.

I’m not fond of Fire, Ice and Dynamite, he did it as a favour to Bognor the ski jacket guy.

I love Bullseye! I have the quad poster for Bullseye in my office but I’m not allowed to put it on the wall because it’s such a bad film apparently.

Roger and Michael (Caine) were desperate to do a film together. I said to Michael Winner its like a successor to the Carry On films. It’s a terrible film but I love it. I used to have an office on South Audley street 22, which is where they rob the security box in Bullseye. 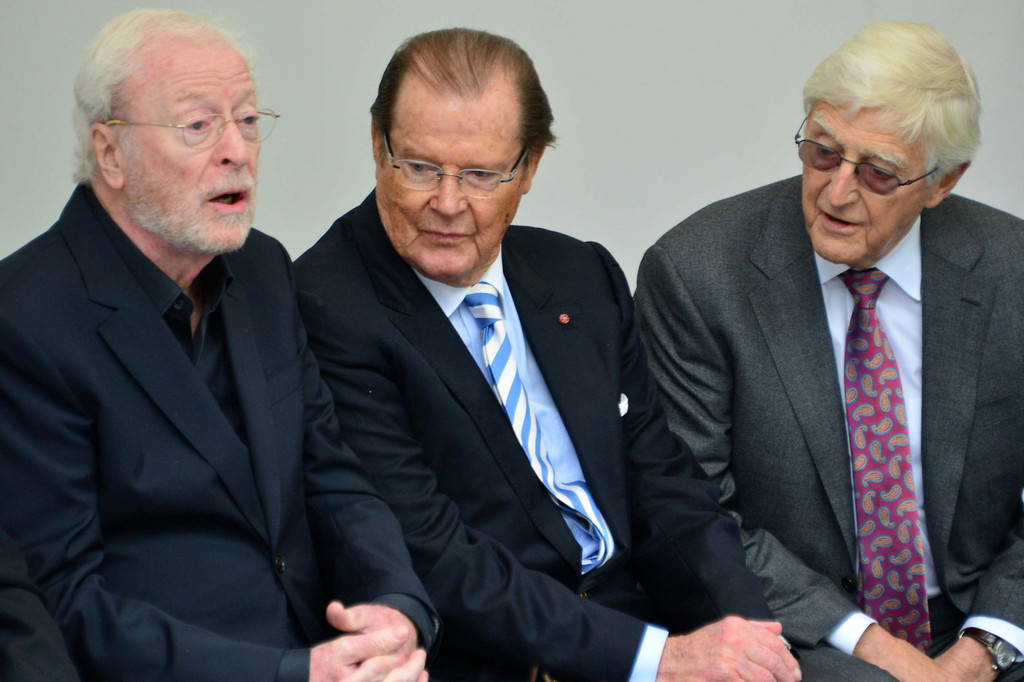 How did the cameo with John Cleese come about?

So Winner was on holiday in Barbados and bumped into John Cleese. Because they were friends he pestered him to be in the movie. Cleese said ‘if you can get a camera here in an hour I’ll do a cameo’. They did and they post synched the sound back in London.

Roger used to wear Brioni in his private life. In the late 80’s early 90’s, they opened a Brioni in Monaco and they said to him come in and pick some stuff. 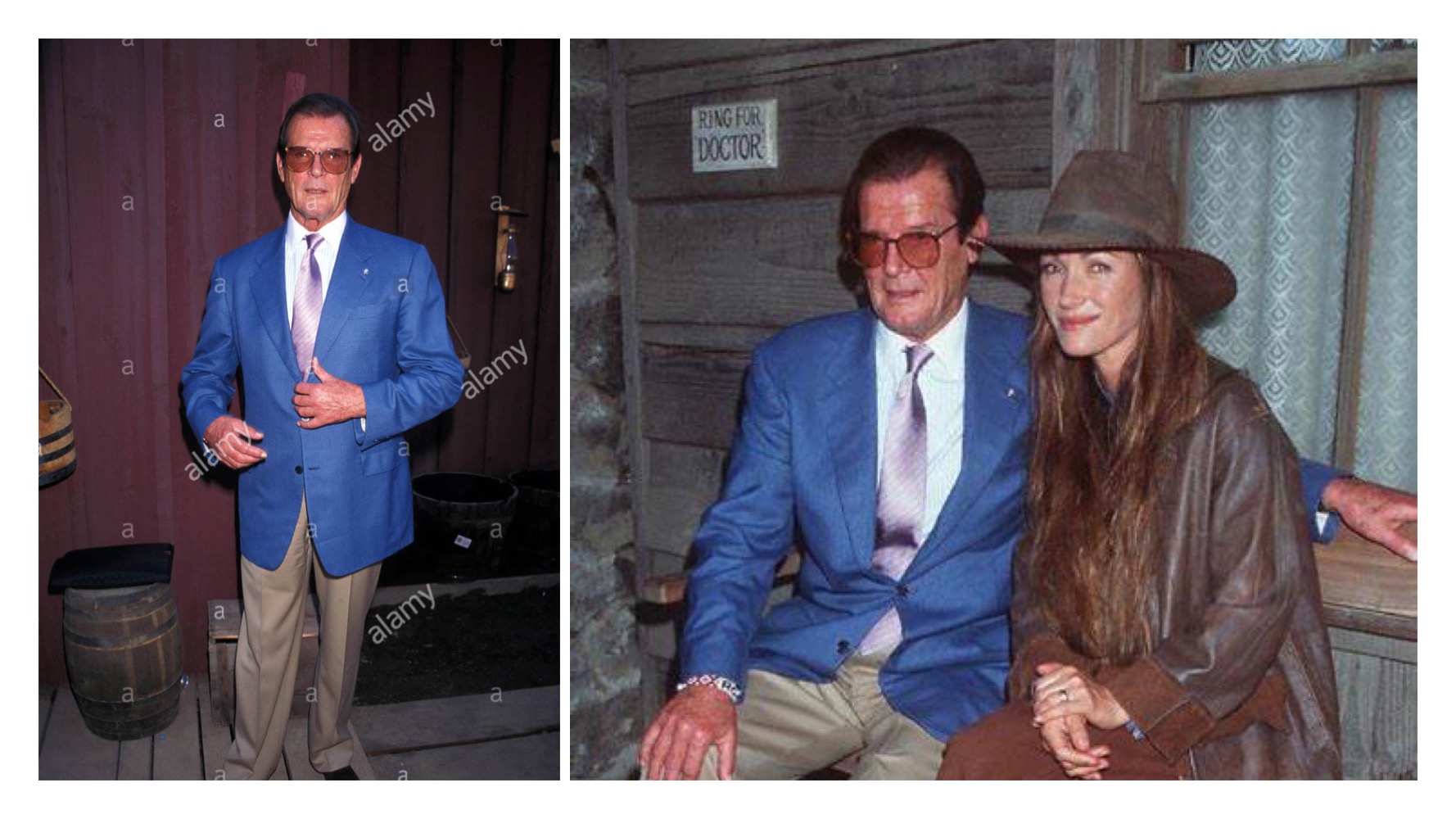 You can listen to the podcast in the player below. Or catch us on iTunes, Stitcher and Spotify. Simply type From Tailors With Love into the search bar. If you’re digging the free content you can be a helpful chap and leave a review on iTunes.

For more information on Jonathan Sothcott, be sure to check out his website and his movies such as We Still Kill the Old Way which has earned him cult industry status in the UK.