Being a little different to the norm wasn’t a problem, and I got some very nice compliments the first time I wore them at work. 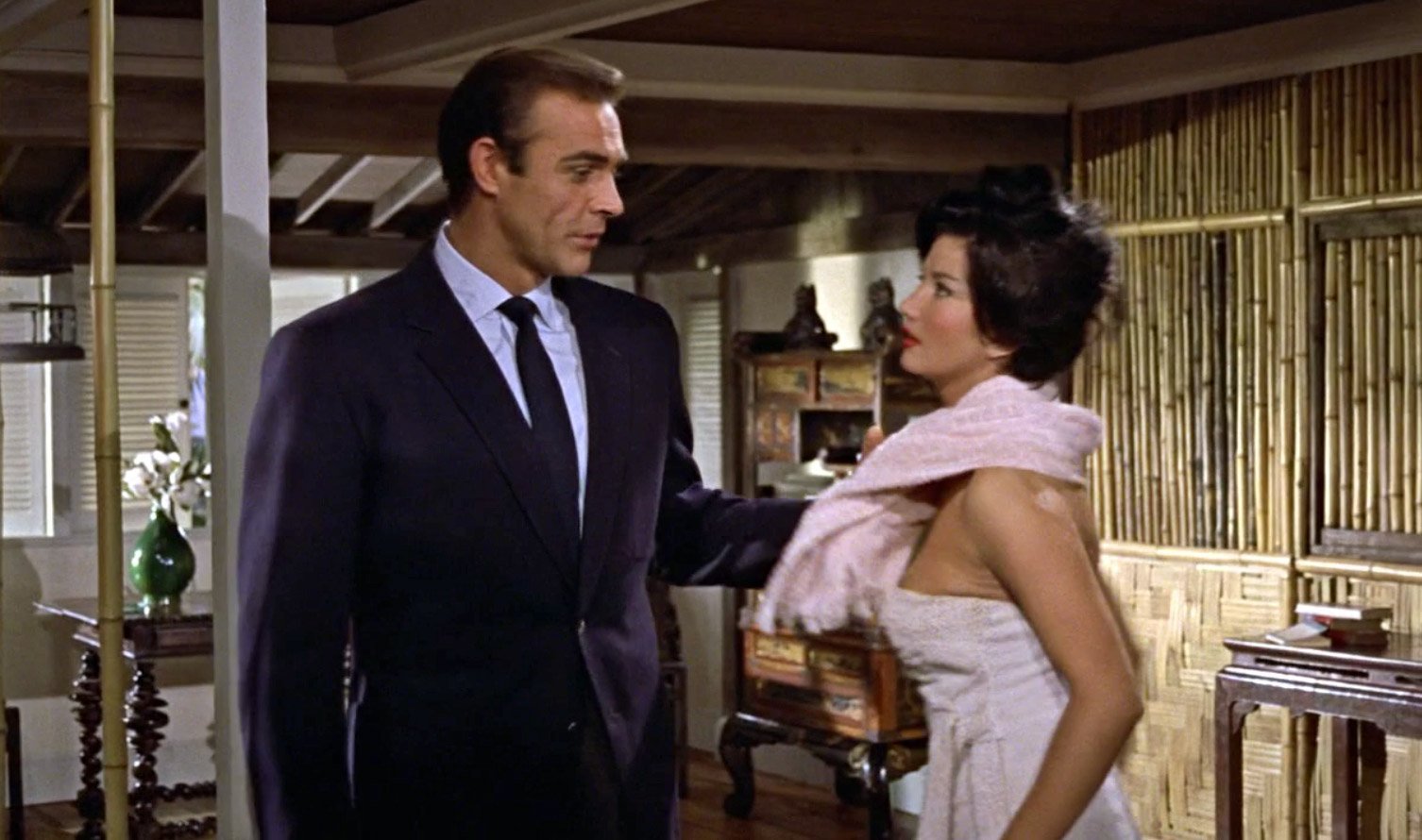 Sean Connery’s James Bond wears a Navy Doeskin Blazer in three of the six films he is in (possibly four if he has the Blazer with him when he meets Sylvia Trench at the beginning of From Russia with Love. However, after re-reading Matt Spaiser’s “A Riverside Picnic” article this may just be the jacket to the Navy Suit he later wears in M’s office).

In Dr No (above) the Blazer has two gunmetal buttons on the front and two on each cuff, three patch pockets, roped sleeve shoulders and double vents. He wears it with dark grey flannel trousers, a pale blue shirt and navy grenadine tie both from Turnbull & Asser. 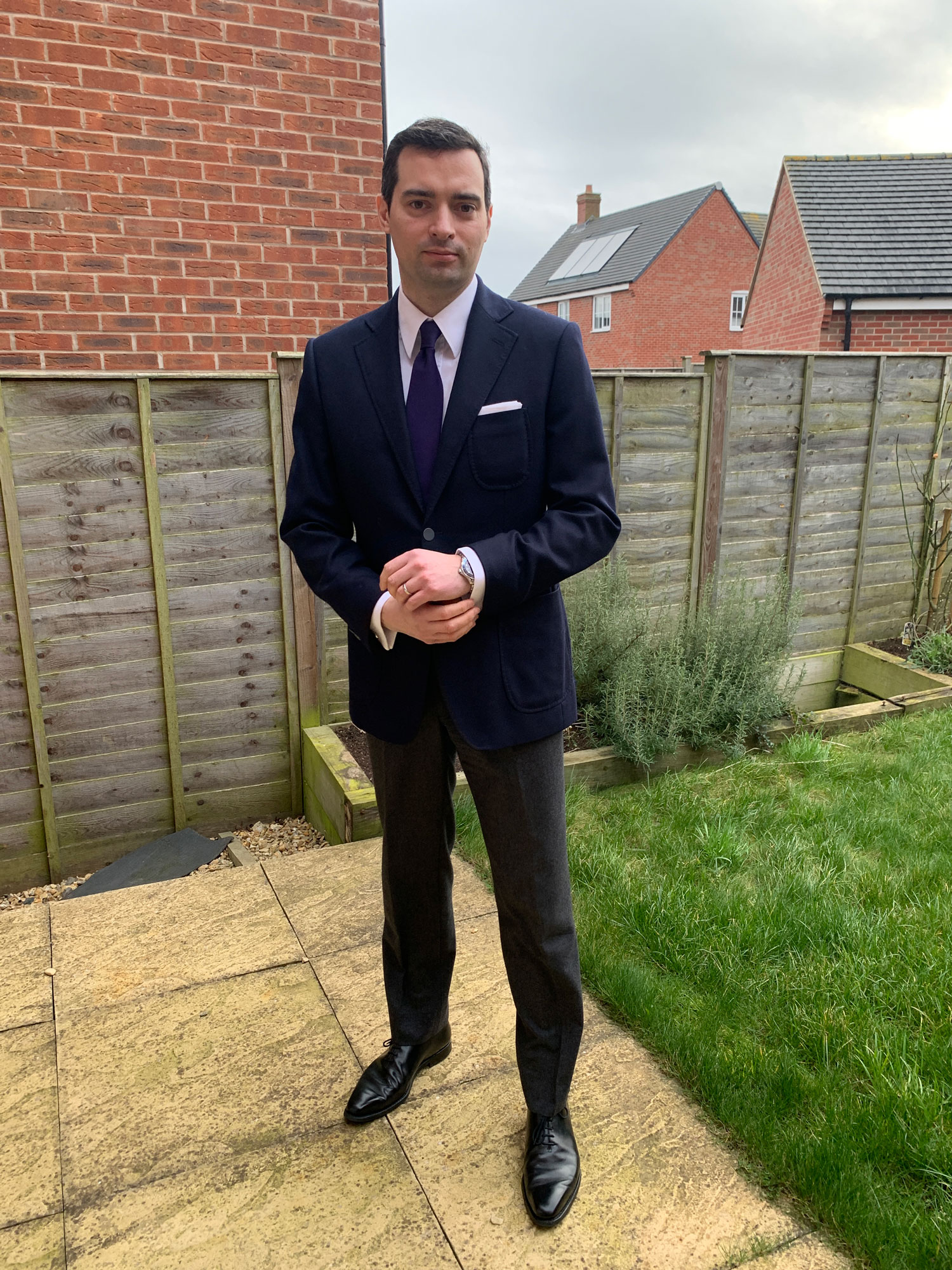 In Thunderball, the Blazer looks the same, however there are some minor differences, the buttons are made from antique brass and have four buttons on the cuff. He wears it both in England and in the Bahamas.

The most noticeable difference with the Diamonds are Forever blazer is that the lapels are much wider, as were all the suits from this movie. 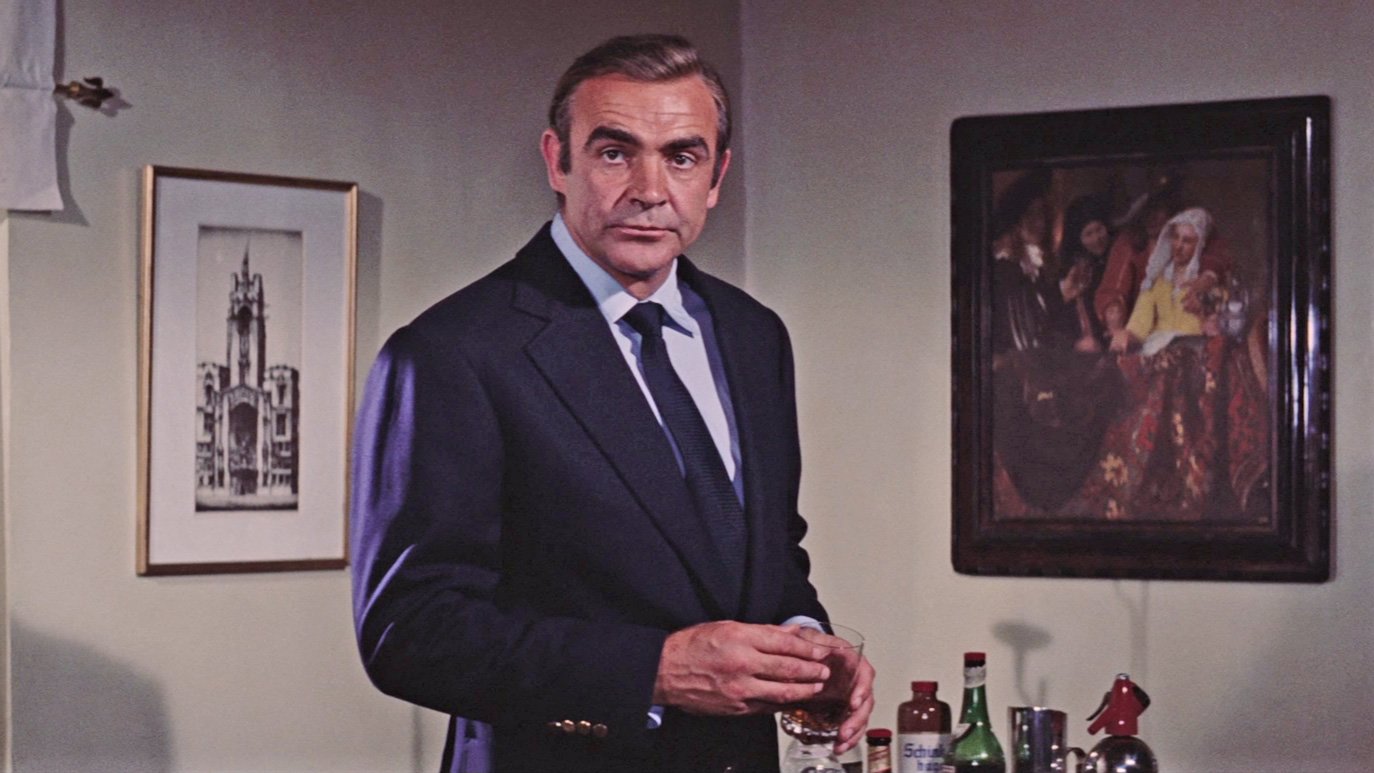 Mason & Sons who have Anthony Sinclair under their umbrella had for several years three ready-to-wear navy blazers. A linen single-breasted with slanted side pockets and double vents. A double-breasted hopsack with a six-button front in white mother of pearl (This Blazer is still available, now under Pope & Bradley). The one I purchased was a single-breasted serge blazer with patch pockets and gunmetal buttons.

Although this isn’t the Doeskin used in the Connery films, this was the style of the Blazer. This ready to wear blazer online (at the time) featured four buttons on the cuff, like the Thunderball version. 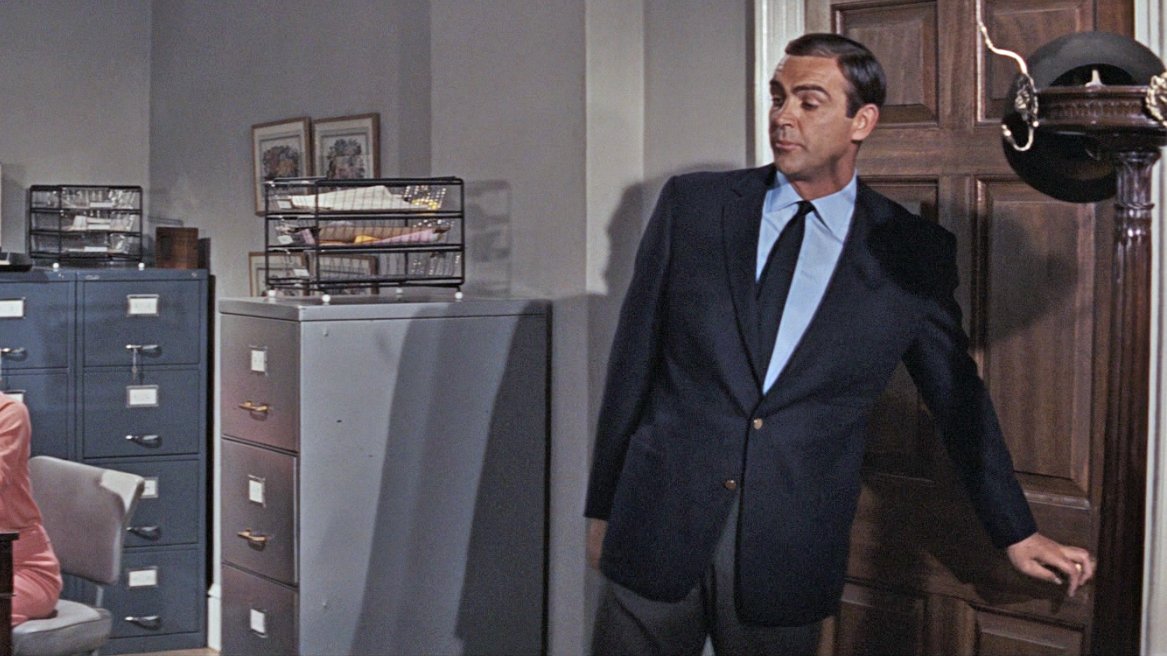 But Christmas only comes once a year?

I purchased the blazer in a size 40 Regular online shortly after Christmas as a Birthday present to myself. I had received a discount code from Mason & Sons in a Christmas Card, and I already knew what I’d be using it for.

The day after I made the purchase, I got a message from Elliot Mason asking if he could make it to the same size spec of my last suit and if I wanted a four-button cuff or a two-button cuff? To which I agreed and asked for the two-button cuff.

I have always been impressed by the service that the Mason’s offer. I was happy to get a ready-to-wear blazer from them, I had also used my discount code on it. And now they were adjusting to the same jacket spec of my Special-Order Suits that I had with them. 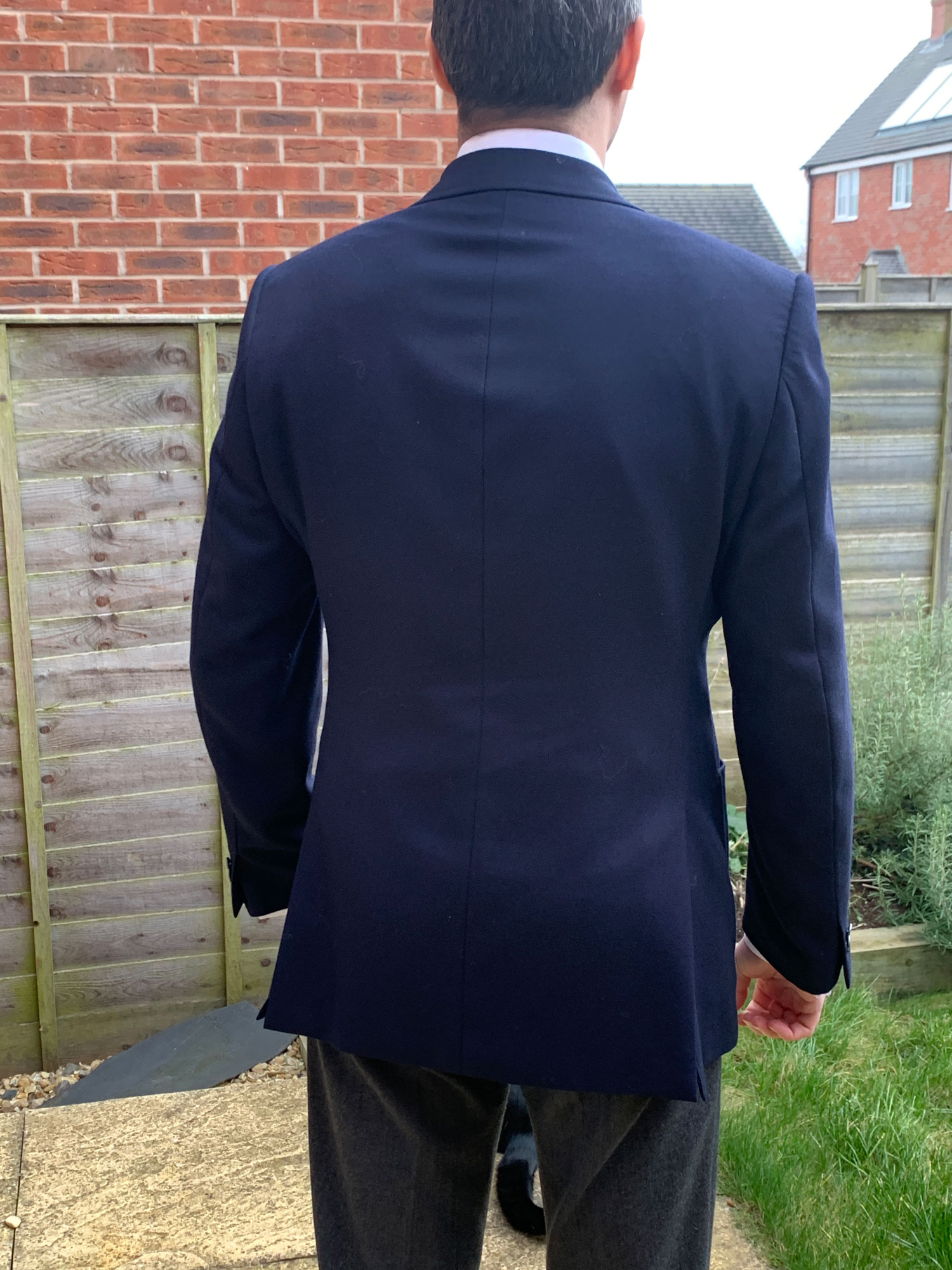 I received the jacket a month after I ordered it, and it fitted like a glove. As Mason & Sons had made the jacket to my already stored measurements, I didn’t have to have any alterations made. I especially liked the patch pockets, as it made the jacket look different. For me it made the jacket stand out a little more instead of just wearing a suit jacket with casual trousers.

Initially I had concerns about the gunmetal buttons, I thought that maybe it would be too old fashioned for me. I have memories of shopping with my parents around Marks & Spencer and seeing these blazers with gold or brass buttons for which only men of a certain age would wear. I don’t feel like that at all wearing this blazer. In fact, I feel good, confident and most of all comfortable. 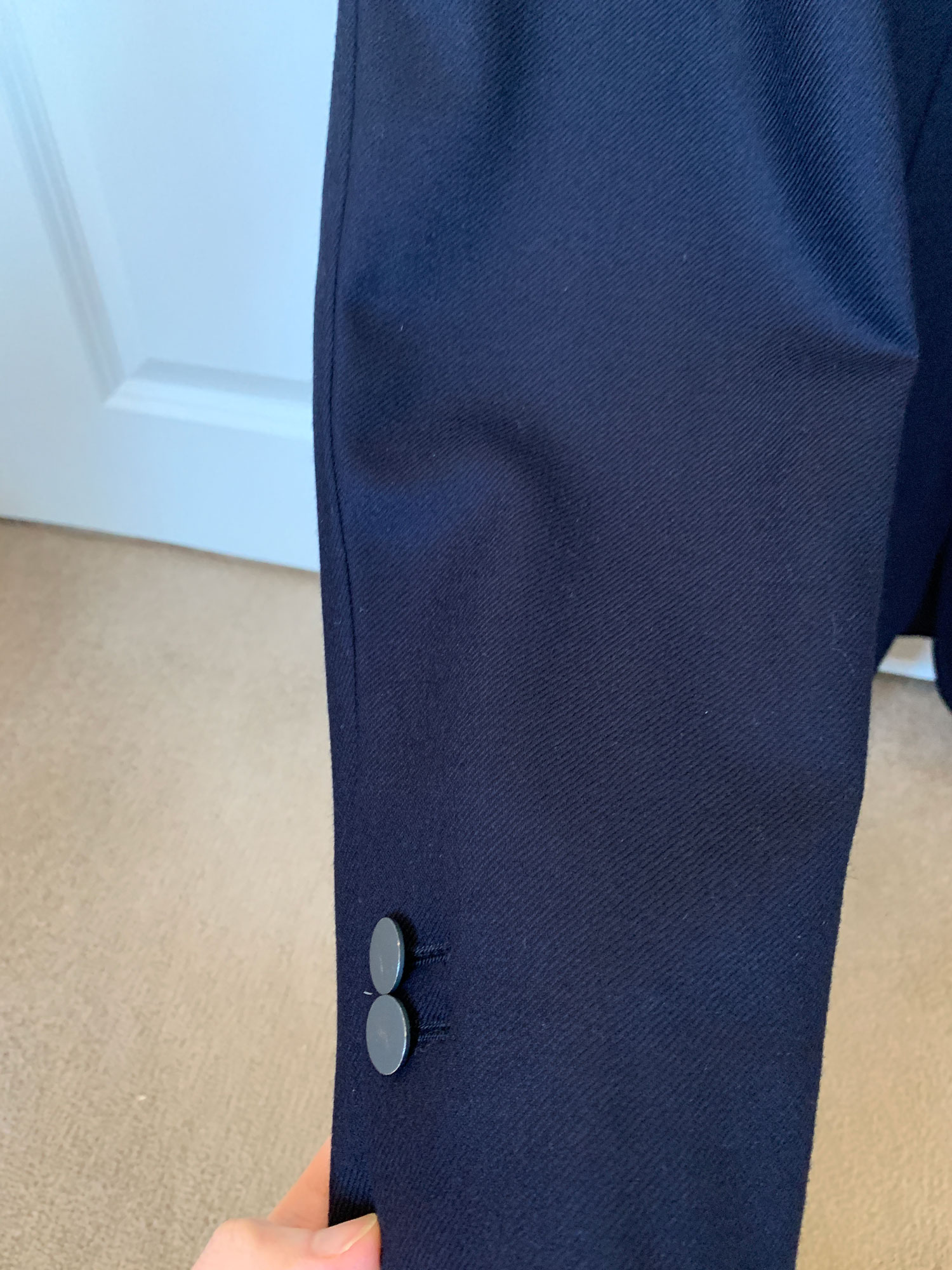 I would take the blazer with me on holidays abroad and wear it with my Orlebar Brown linen trousers or chinos, usually with a casual shirt or polo in the evening time or when it wasn’t too hot. I would also wear the blazer at work on occasion, with a pair of grey flannel trouser which I bought some time later that are also from Anthony Sinclair.

Despite wearing a suit, shirt, and tie for work 90% of the time, when I wore the navy blazer and grey flannel trousers (also with a shirt and a tie) I got more comments on my smart attire then I got wearing any of my suits.

This combination, though smart, is less formal than wearing a suit to the office. But, in some ways still a lot smarter than what a lot of people wear to the office these days (pre pandemic) and probably different to what my colleagues were seeing.

You had at one end people who were wearing suits, in the middle shirt and smart trousers and at the extreme other end jeans, t-shirt and a hoody. The blazer and flannel trousers sit somewhere between those first two points. Being a little different to the norm wasn’t a problem, and I got some very nice compliments the first time I wore them at work. 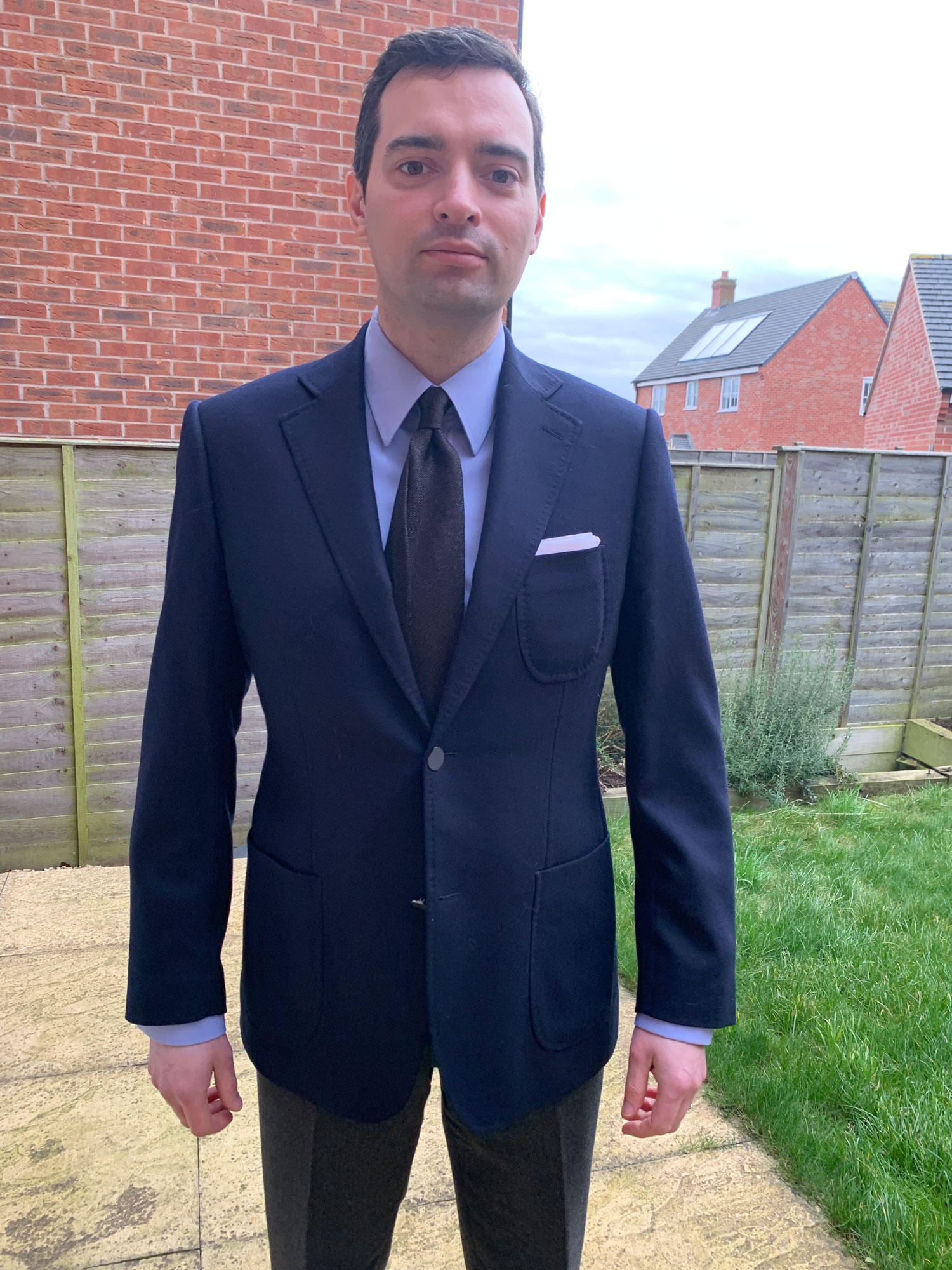 The Navy Blazer is quite a versatile piece of the Menswear wardrobe, it goes well with most other wardrobe staples.

I remember an interview with David Gandy from some time ago saying he went to a wedding in a Morning Suit, but when he got there, he discovered it was far less formal. Luckily for him, he had a dark blue blazer in his car so was able to dress down yet remain smart, although as he remarks the morning trousers weren’t perfect with the assumable.

Roger Moore’s Bond also wore a navy blazer from time to time, but Roger Moore himself also wore them, almost as a uniform. In his later years he was a customer of Mason & Sons, who provided tailoring for him including his Navy Blazers. 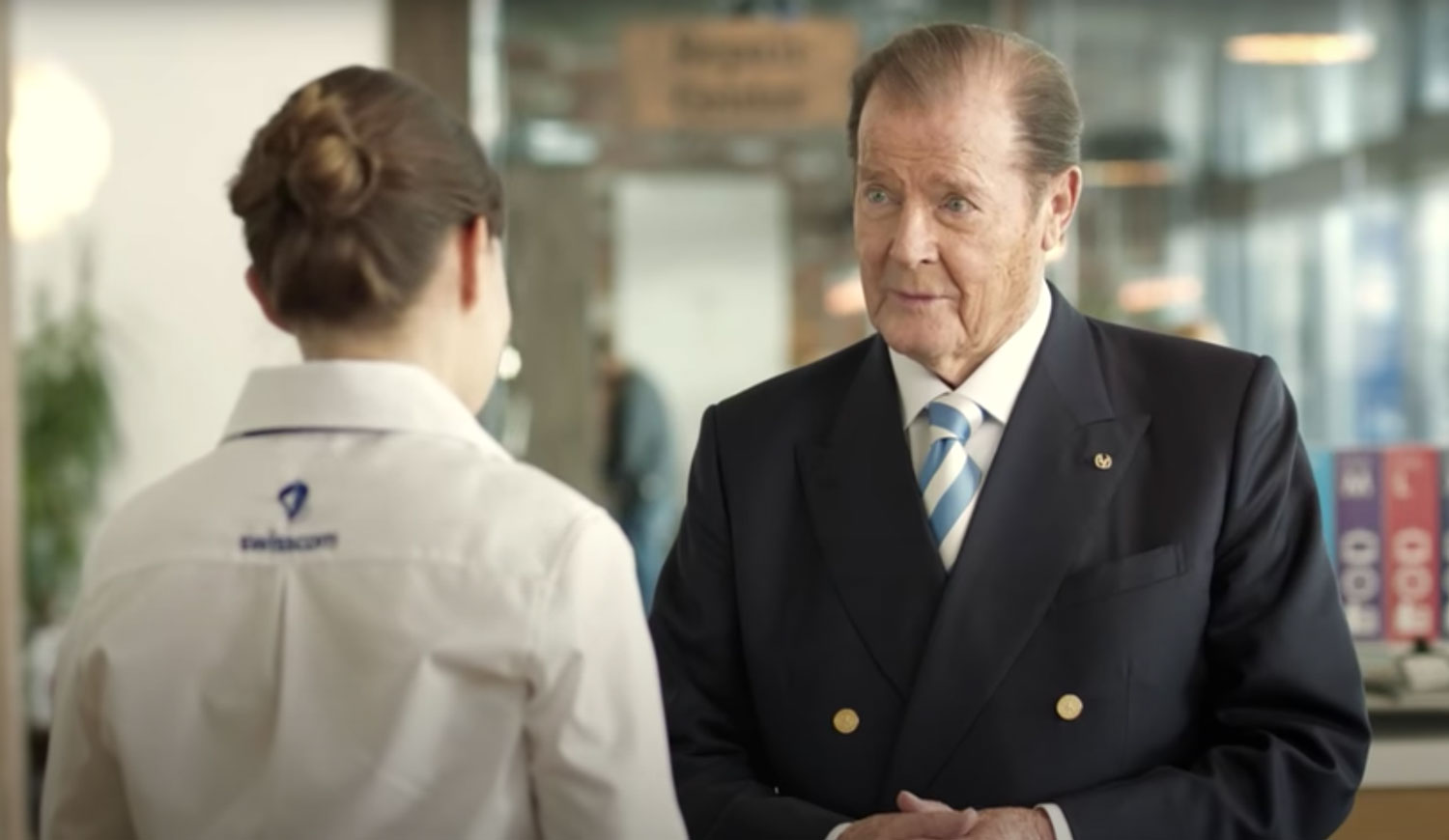 A full interview with David Mason and the brand’s connection to James Bond can be found in the book From Tailors With Love: An Evolution of Menswear Through the Bond Films. Available on Amazon.

I’m very happy with this blazer, I wear it quite often, so it has had some wear. It is still in great condition, and I would highly recommend it.

Recently the Serge Blazer was removed from the Mason & Sons website, as have several of their key pieces. They have launched a new Doeskin blazer in the same style as the Serge as part of the 60-piece collection for the 60th Anniversary of the James Bond films. As with the Serge Blazer, this comes with gunmetal buttons, patch pockets and a 2-button cuff. The Doeskin Blazer is however £300 more than the Serge was.