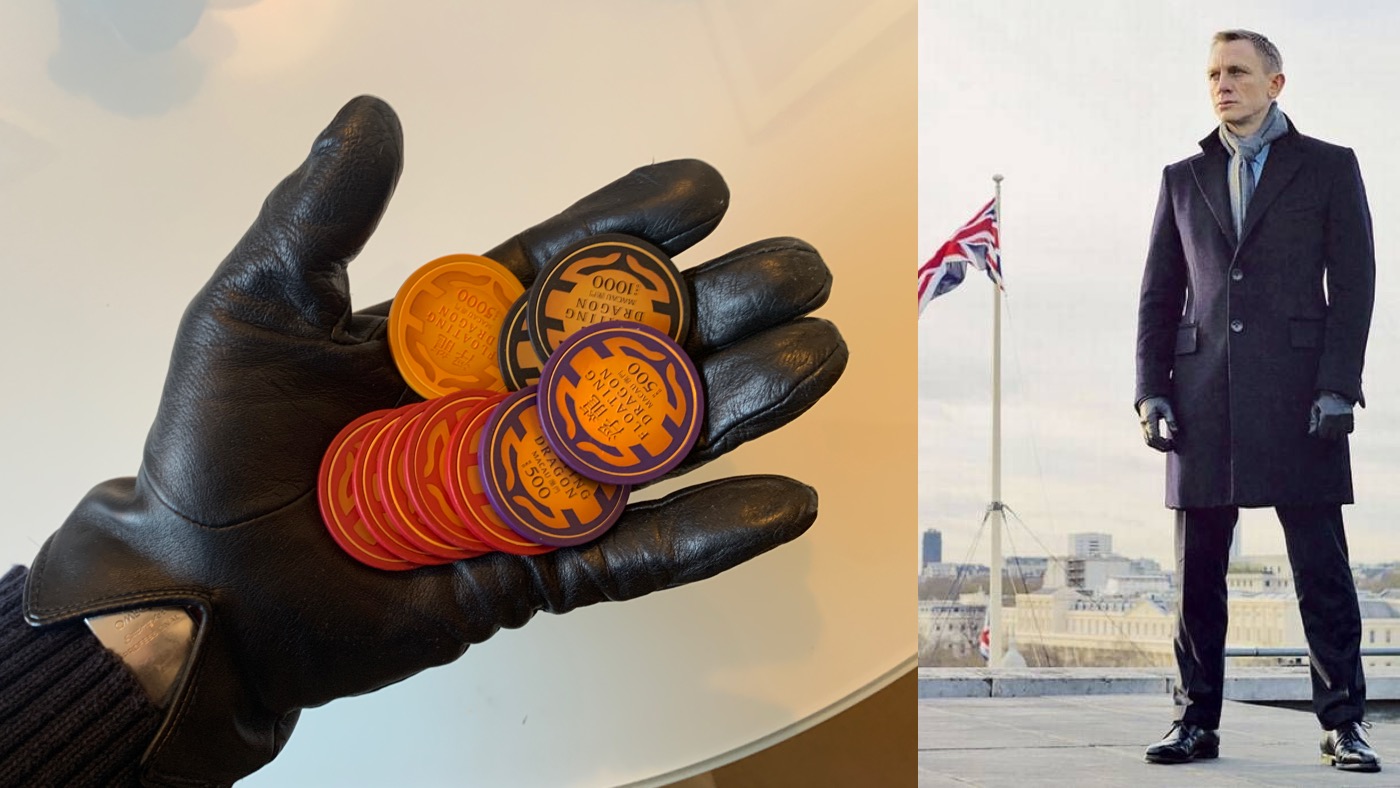 James Bond wears Dents leather gloves, originally titled ‘Unlined Gloves’, then named ‘Bond’ and now the ‘Daniel’ in Skyfall when undercover in Shanghai, posing as a chauffeur. They can also be seen on the rooftops of Westminster, in Bond’s more traditional outfit of a suit, with an overcoat and scarf.

NOT MY USUAL CHOICE

I’ve had leather gloves before, usually black and usually lined. The result being that my hands have stayed warm but are so padded you cannot really do much with your hands. When you do, you need to take them off, perform the task and then put them back on.

A full interview with Jany Temime can be found in the book From Tailors With Love: An Evolution of Menswear Through the Bond Films. 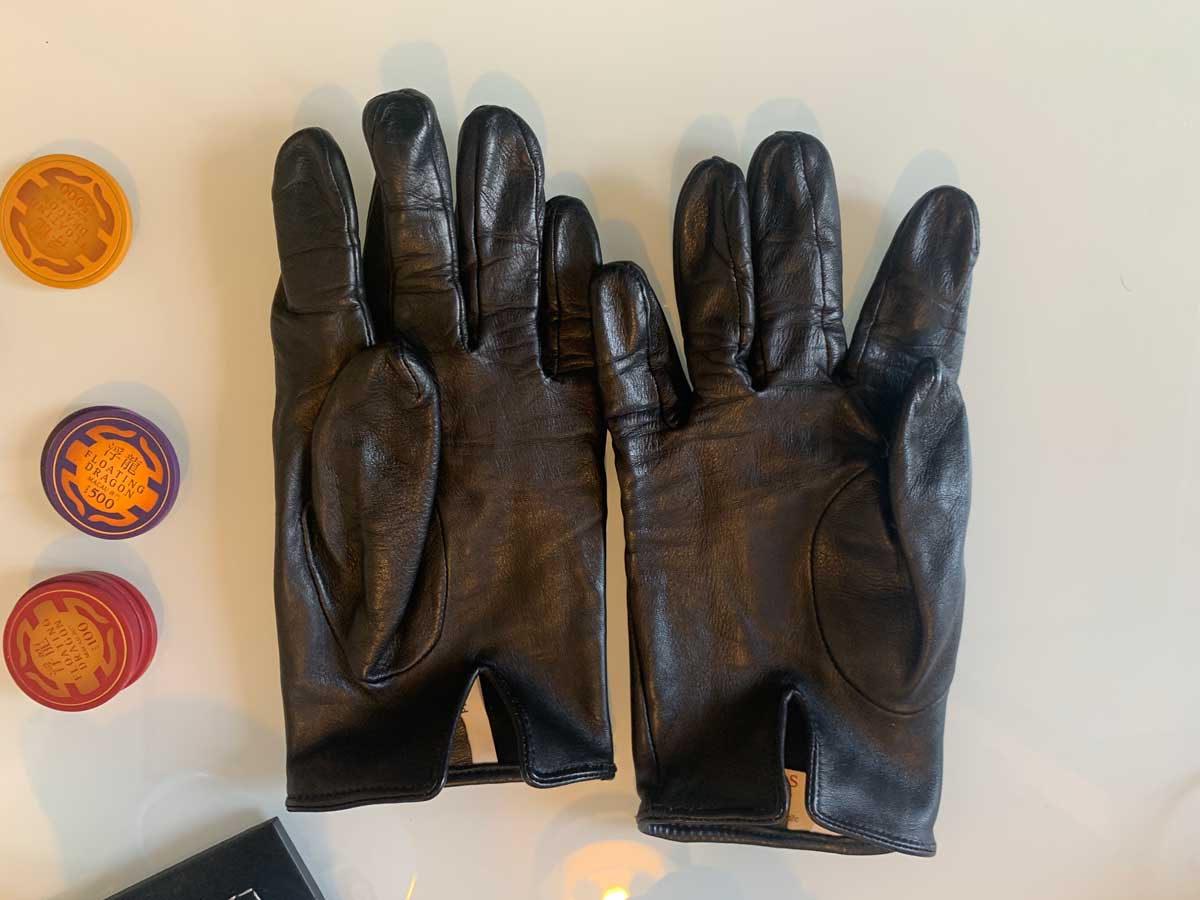 You don’t have to with these, because the gloves are unlined, they are closer fit to the hand, so many of the tasks that you’d previously had to take gloves off for you don’t. I can even use the touchscreen on my phone in them (70% of the time), although they are not designed for that.

I first saw these in Selfridges in London. When I saw the Dents stand, I did go looking for them, and it didn’t take me very long. The gloves were at the top of the pile and had a large “As seen in Skyfall” label on them (or something to that effect).

I tried on the Medium and thought that the fit was good, I did look for the small, but they didn’t have them on that occasion. I know I didn’t buy them at this point. The reason why I didn’t pull the trigger on this purchase at the time escapes me. But as I was in London, I could have been investing in something else.

I don’t think it was too long after that I made the purchase and bought them directly from Dents. When I received them, they were loose in the envelope, tied together with a plastic thread and a hook to hang them on a display arm. (Subsequent gloves that I’ve bought from Dents have been boxed, although I didn’t keep them). 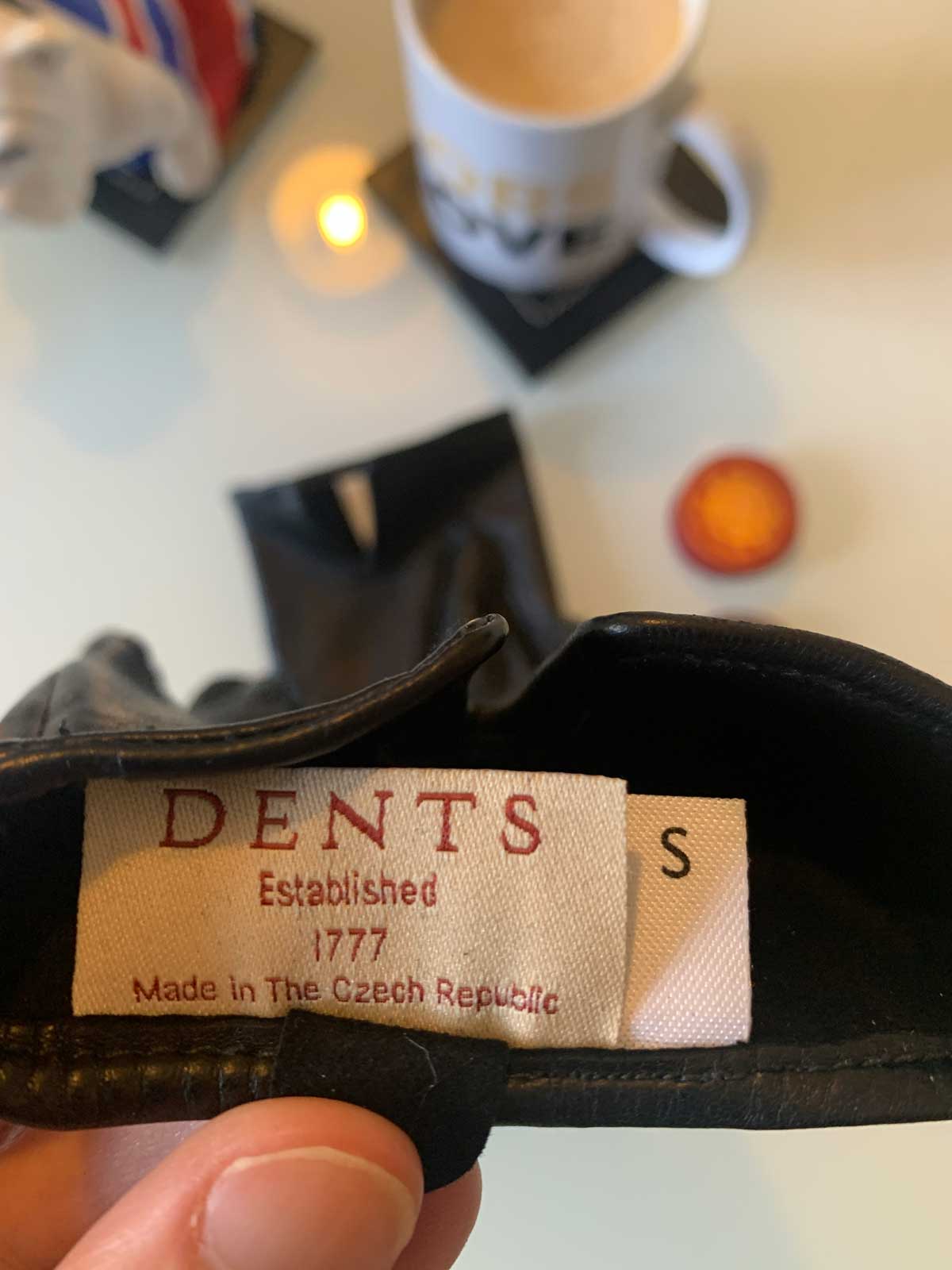 I tried them on and was happy with the fit. These then replace the gloves that I kept in my overcoat for any cold weather. I often took them out (and still do) with the Billy Reid ‘Bond’ peacoat.

Τhese gloves lasted well for 3-4 years, but they did stretch a little. Not by much, but a little too far, to the point that they were sort of hanging off my hand, and actually falling off my hands when my arms were down.

Before I had seen these gloves in Selfridges, I had looked at Dents website at the gloves, but also the sizing guide. Something I’d never done for gloves, as I’d usually just try them on and know if they fit or not.

When I measured my hands, they were on the cusp between the small and the medium. When I had gone to Selfridges, I wasn’t able to try these on in a small. Maybe I should have tried a different style. 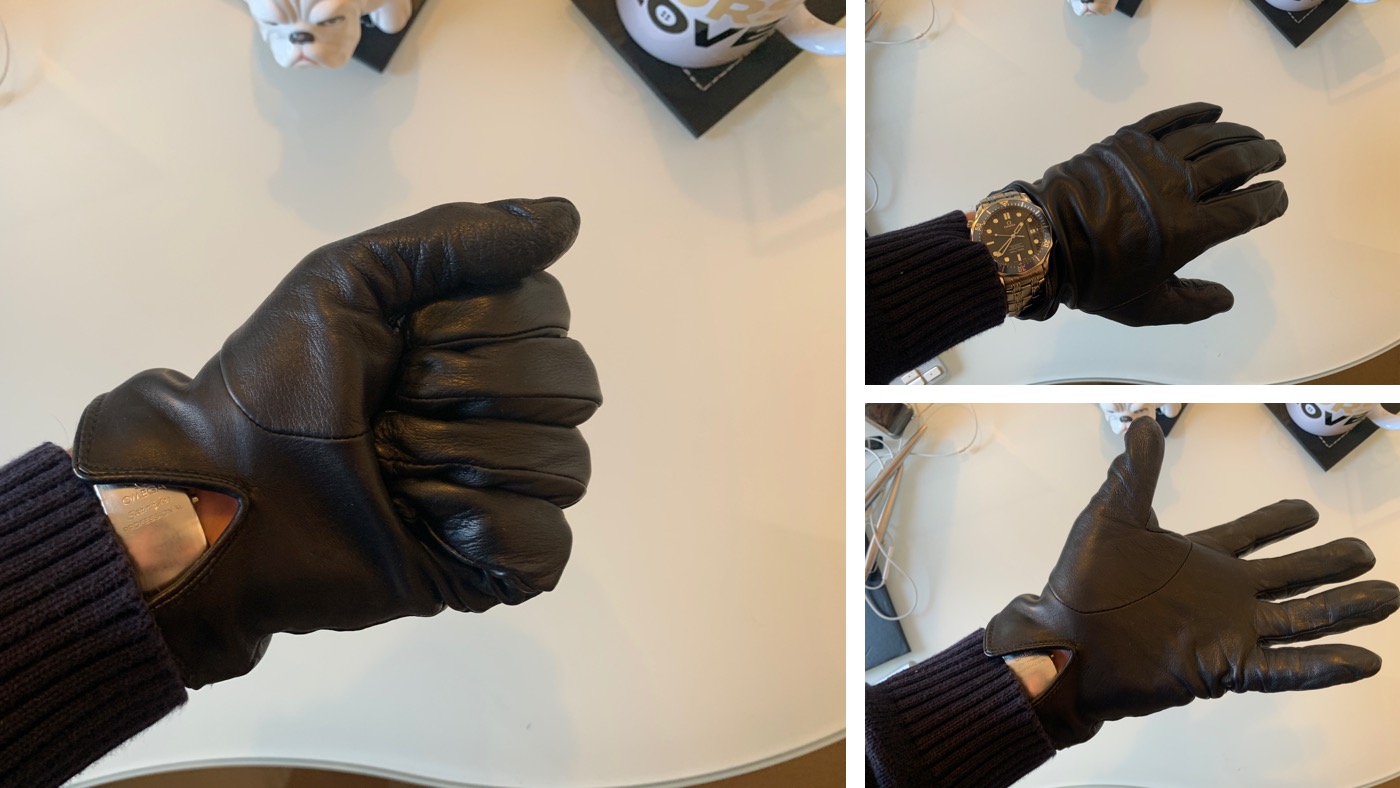 My mistake was not knowing (or thinking) that these would stretch after wearing them. As I was on the cusp I should have sized down. You live and learn. So, when I bought the Fleming driving gloves from Spectre, I went with the small.

My advice should you wish to buy a pair is to check your measurements, and get that size, if in-between then size down.

Two or three years back I bought another pair of these from an AJB member on the AJB007 forum. They cost me around the same as the original price and were sealed and in a box. To begin with they were quite tight, but like my original pair did stretch, and fit me perfectly.

These are a nice smart glove, that will keep the chill and the rain off your hands, but as they are unlined, they won’t keep your hands warm in very low temperatures. For that maybe choose the Agnelle ‘James’ gloves.

I do recommend these gloves; they can be a nice stocking filler or birthday present.  Just remember, check the size chart and measure up to get the right size and they will stretch a little to begin with.

Did Daniel Craig and Some Leather Gloves Cost ‘Skyfall’ Millions of Dollars?

Article by Daniel Gaster, check out further product reviews by Daniel here. Some images within this post are the copyright of their respective movie studio and are reproduced here under the Fair Use doctrine.