Paisley on Plaid suits – How Hannibal Rewrote the Rules (#08)

I can’t remember if it’s Patrick Bateman or Jordan Belfort that excoriates the ‘paisley on plaid’ look. Referred to the clash of wearing a paisley tie with a glen plaid suit. Was this a look that was always frowned upon? It’s certainly one that Hannibal embraces and although he wears varying brands of ties which I have begun to list in a previous article. 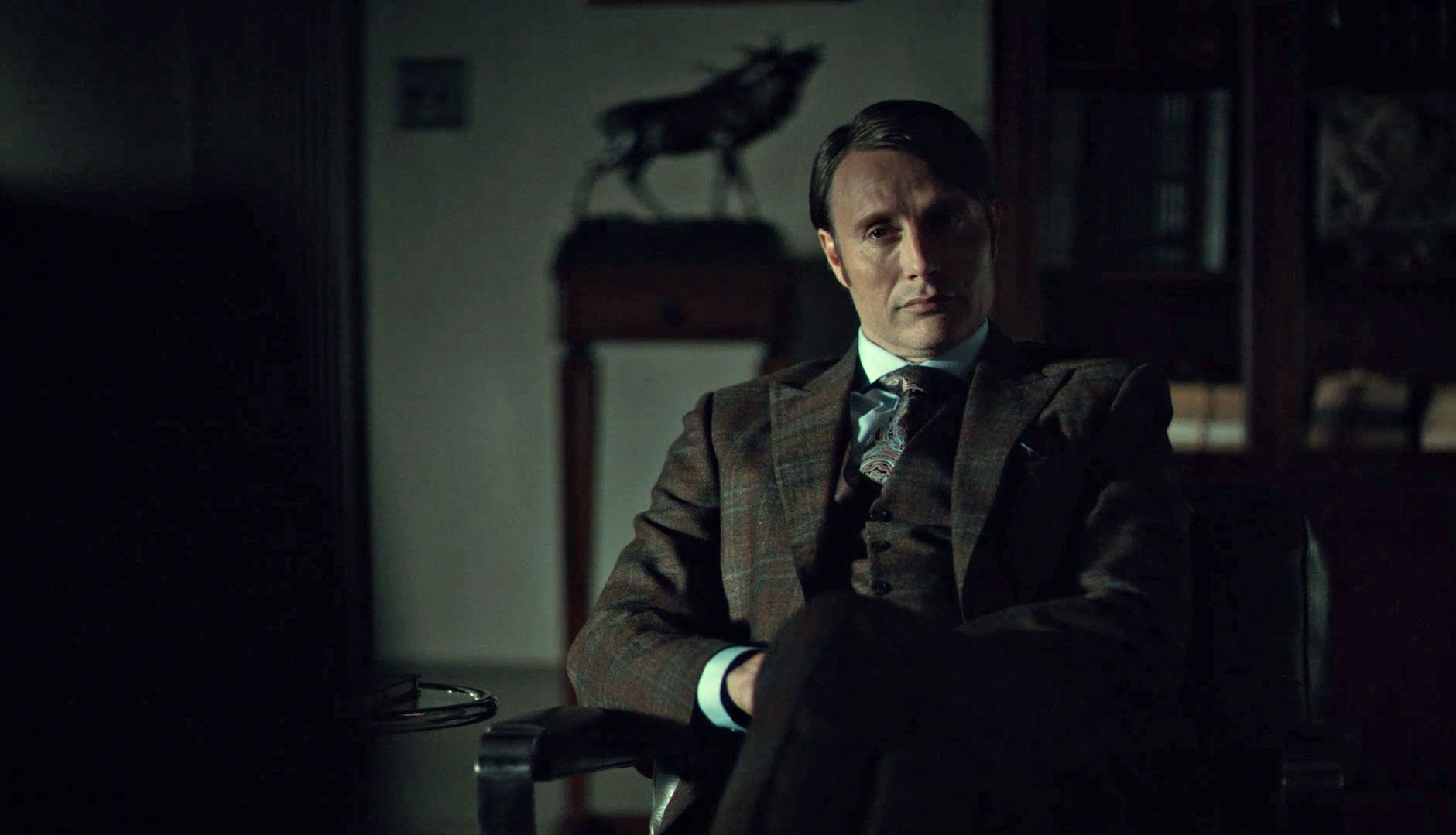 We know that there are a few deliberate fashion faux pas’s in Hannibal so his victims can feel endeared to him. After all how can we connect on any level to someone we feel is perfect in every way. Hannibal needs to earn the trust of his victims in order to get close enough to manipulate them. So I wondered, was the paisley on plaid a deliberate mistake? Does the way Hannibal present himself so immaculately make us think this is acceptable, neigh the norm?

After all Hannibal is all about persuasion, not coercion. He is trying to get into your head by the manner of suggestion and persuasion, and if he can convince you subliminally that this is how one should dress, then can he convince you of anything else? Some preliminary research tells me that plaid and paisley works well for interior decorations. One article by He Spoke Style supports the ideology of wearing paisley ties with plaid suits, so long as they are not overly competing with each other. 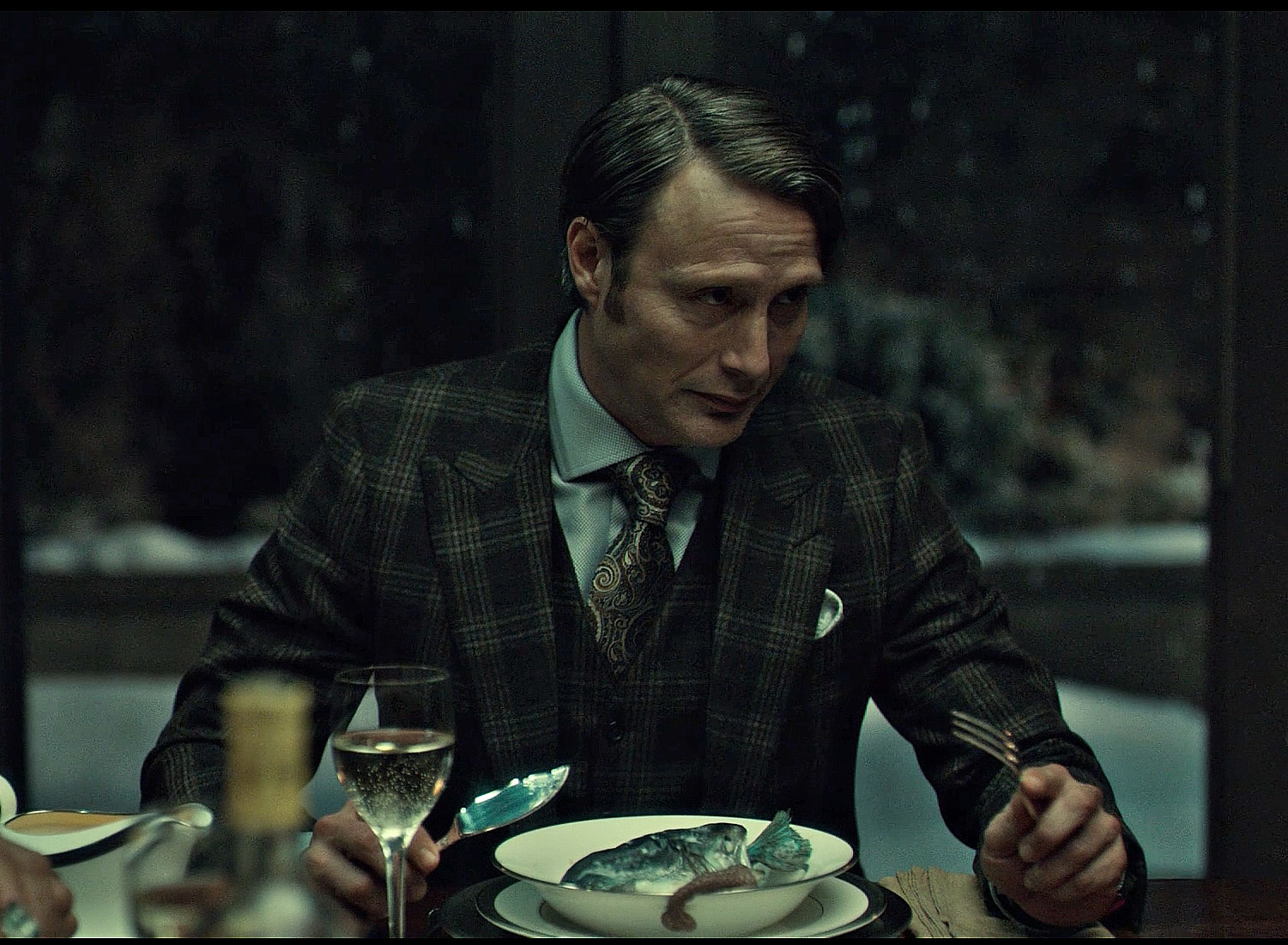 Get away with murder

It’s my humble opinion that Mads Mikkelsen looks so good in a suit that anything is forgivable. Some actors, if they weren’t actors, would be Calvin Klein models. Mads falls into that category. With regards to the kind of paisley he uses, they normally always lift the colours from an overcheck from the suit so it doesn’t look too jarring. Often times like in this episode, the lighting will be so dark, that any light will only catch subtle sparks of the tie and then it enflames the colour on the overcheck. 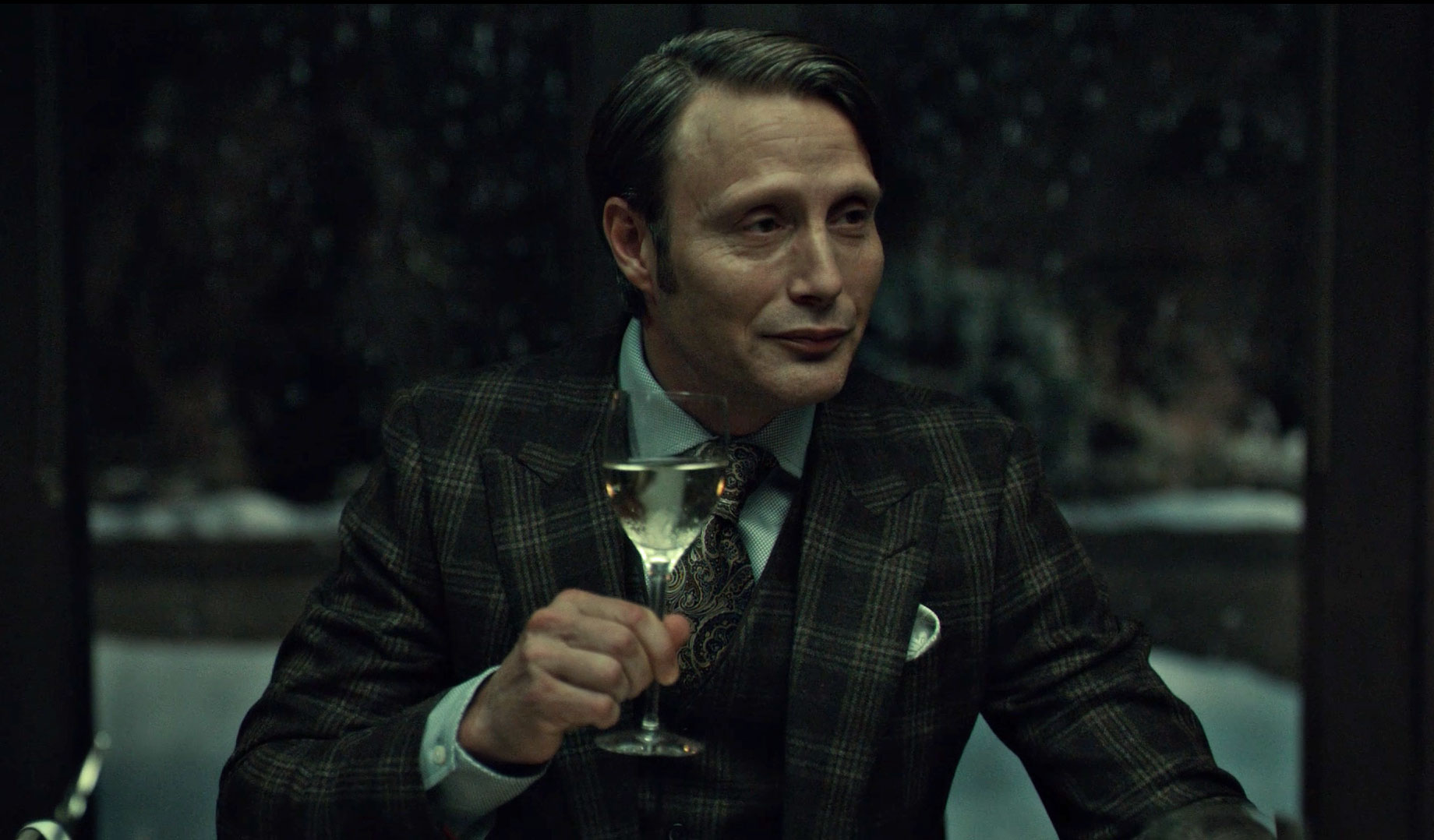 It also helps us differentiate the characters. Laurence Fishburne (Jack Crawford) and Raul Esparza (Dr. Chiltern) also wears suits from Antonio Valente who provides most of the suits for Mads Mikkelsen in season two and the entire season one. At first I considered whether it would be realistic for the main characters to be patrons of the same tailor. But they are well distinguished by other features. For example Jack wears bold coloured shirts and medallion ties, often with bold coloured or pin striped suiting. Dr. Chiltern on the overhand wears sports coats and never 3-piece suits. 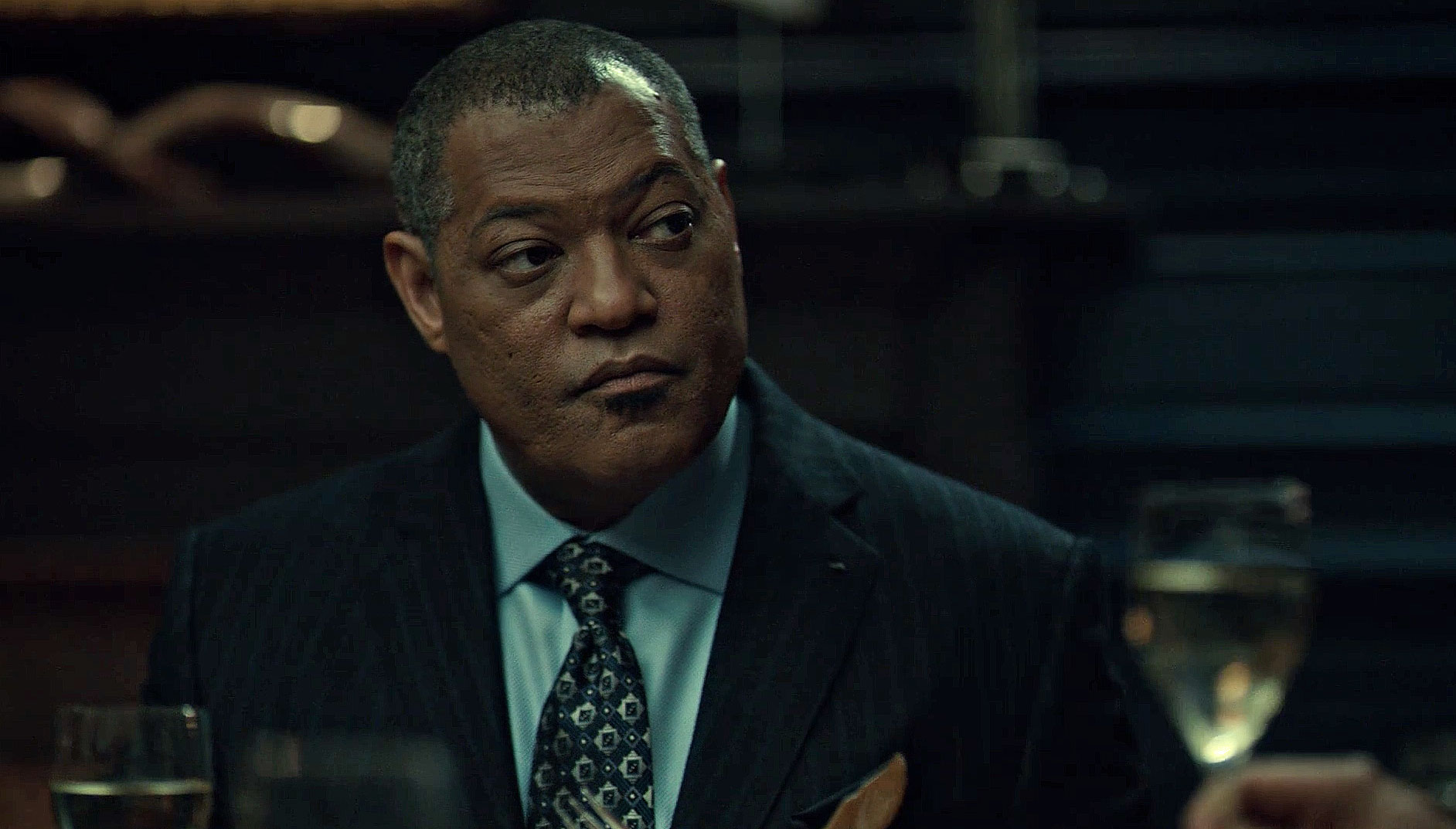 But I would be interested in any thoughts on plaid on paisley, I’m always reachable on instagram.