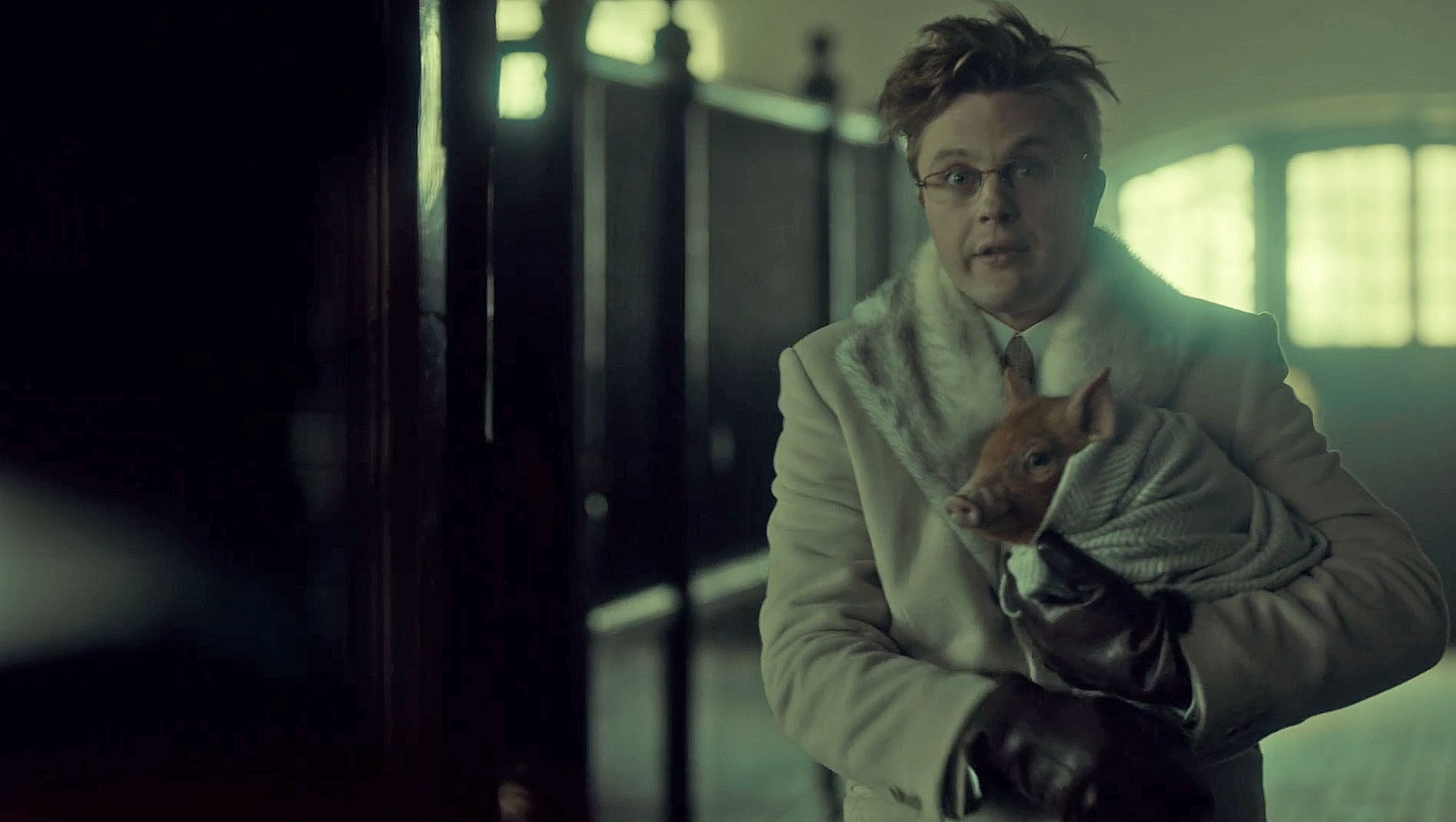 For this episode we see the entrance of Mason Verger played by Michael Pitt. To quote Cooper from Eat the Rudecast,

[…] he has a strange affectation to his voice, that middle-America voice. Like a non-American trying to do an American accent even though Michael Pitt is American. He is the only one playing crazy on the show. This is him doing his Heath Ledger/Joker version of Mason Verger. His eyes and his arms dart around the room. 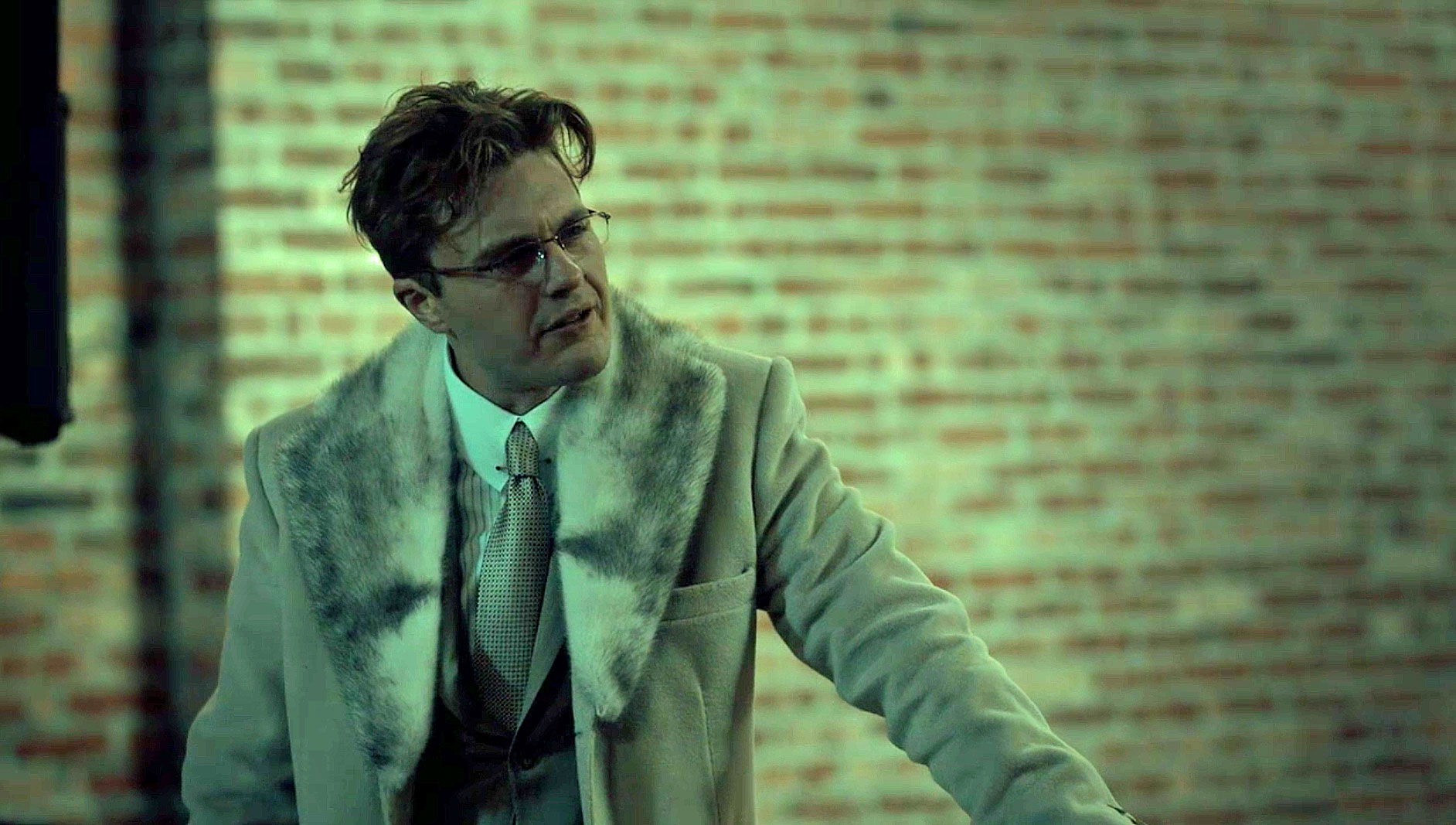 The Overcoat he is wearing as he is introduced to the audience cradling a pig looks to be identical to the one listed in the Prop Store auction for episode 11. Although the label is referenced under episode 11, as seen in episode 12. Confused? Same. Michael Pitt does wear this in episode 11 also, but with an additional dark faux fur lining that can lay over the stitched piece. This enables the costume department to save some money, whilst it may be obvious that it’s the same coat, by changing it’s appearance dramatically offers the illusion that Mason Verger has an expansive wardrobe.

The overcoat has one flap pocket and one jetted pocket on the skirt, with one jetted ticket pocket above. It is possible that they are both flap pockets and one is tucked in. The coat is made by Garrison Bespoke and is worn over a suit and striped shirt with a plain white collar that Mason wears with a tie bar. Not only does this look reflect the eccentricity and the wealth of Mason Verger, but it also exudes power and a slight ‘gangster’ element to his character. 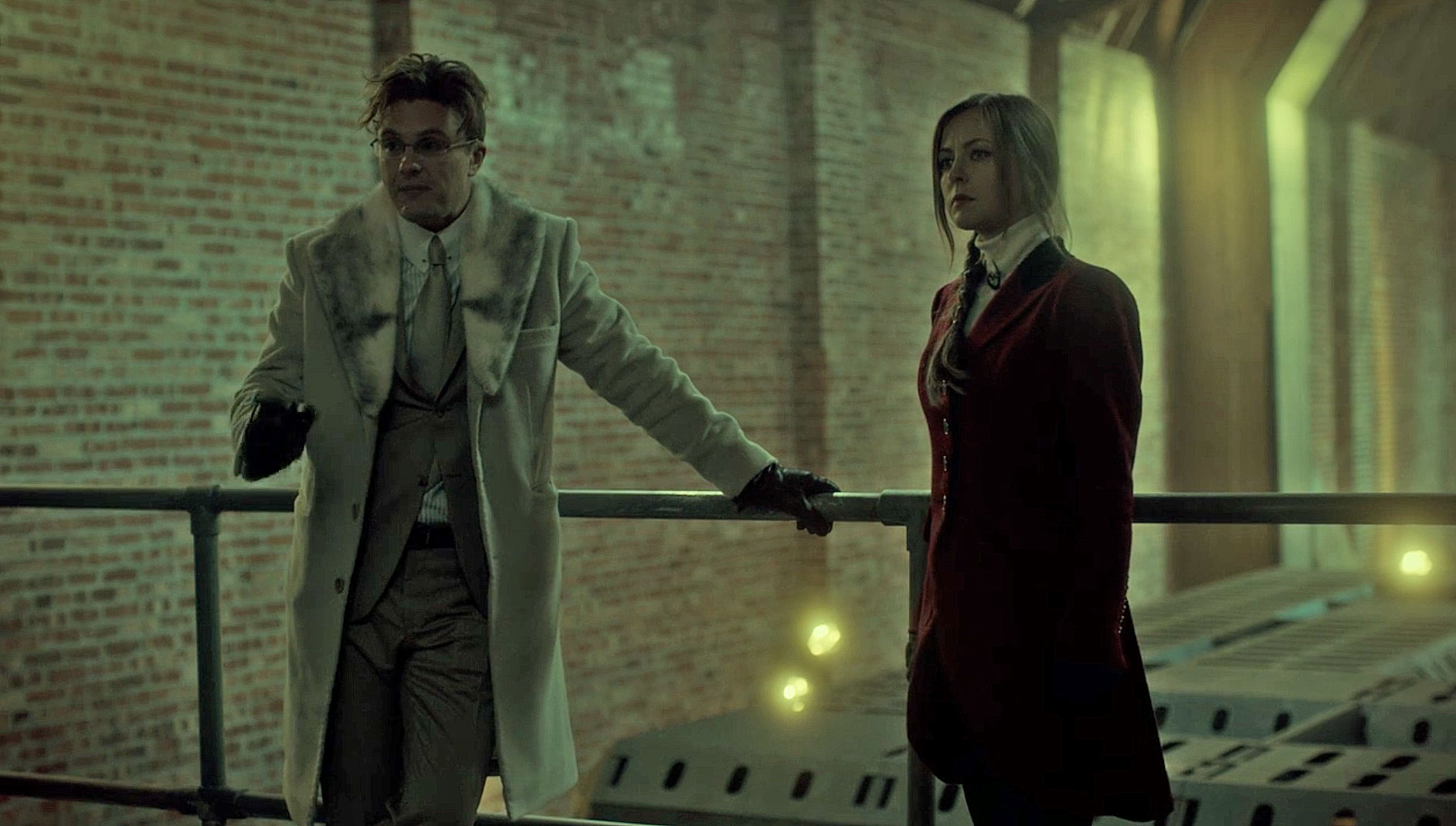 Mason Verger may have come from money, but he knows how to dress and how to coordinate his wardrobe. The look is finished with a gold tie with small blue jagged squares. It sold at auction for $400. A decent price albeit for an ancillary character. Mason Verger is a character from the novel Hannibal by Thomas Harris and was played by Gary Oldman in the 2001 Ridley Scott movie. The role was initially offered to Christopher Reeve who turned it down. Mason Verger is perhaps best known in the Hannibal fandom for being Dr. Lecter’s only surviving victim.

According to Variety, Pitt was later recast for season 3 by Joe Anderson, having chosen to exit the series.

A sartorial story of Hannibal Season 1