Outside of the suits there are many other interesting artefacts on the Hannibal Prop Store auction. Many of which sold for more than the costumes. I wanted to highlight a few and bring my notes to a close on season 2. Overall I felt this was an improvement on the first season. Mainly because of the heightening tension of Hannibal, seemingly being on the edge of being caught, throughout.

The tableau and sad end of Beverly was as haunting as anything that had been played out on TV previously. The fight sequence between Hannibal to bookmark the series was brutal and fantastically choreographed. But rather than highlight a bloodied shirt, or pick apart a suit, I thought it would be more fun to draw a fun listical of the unusual things that reached a premium price. 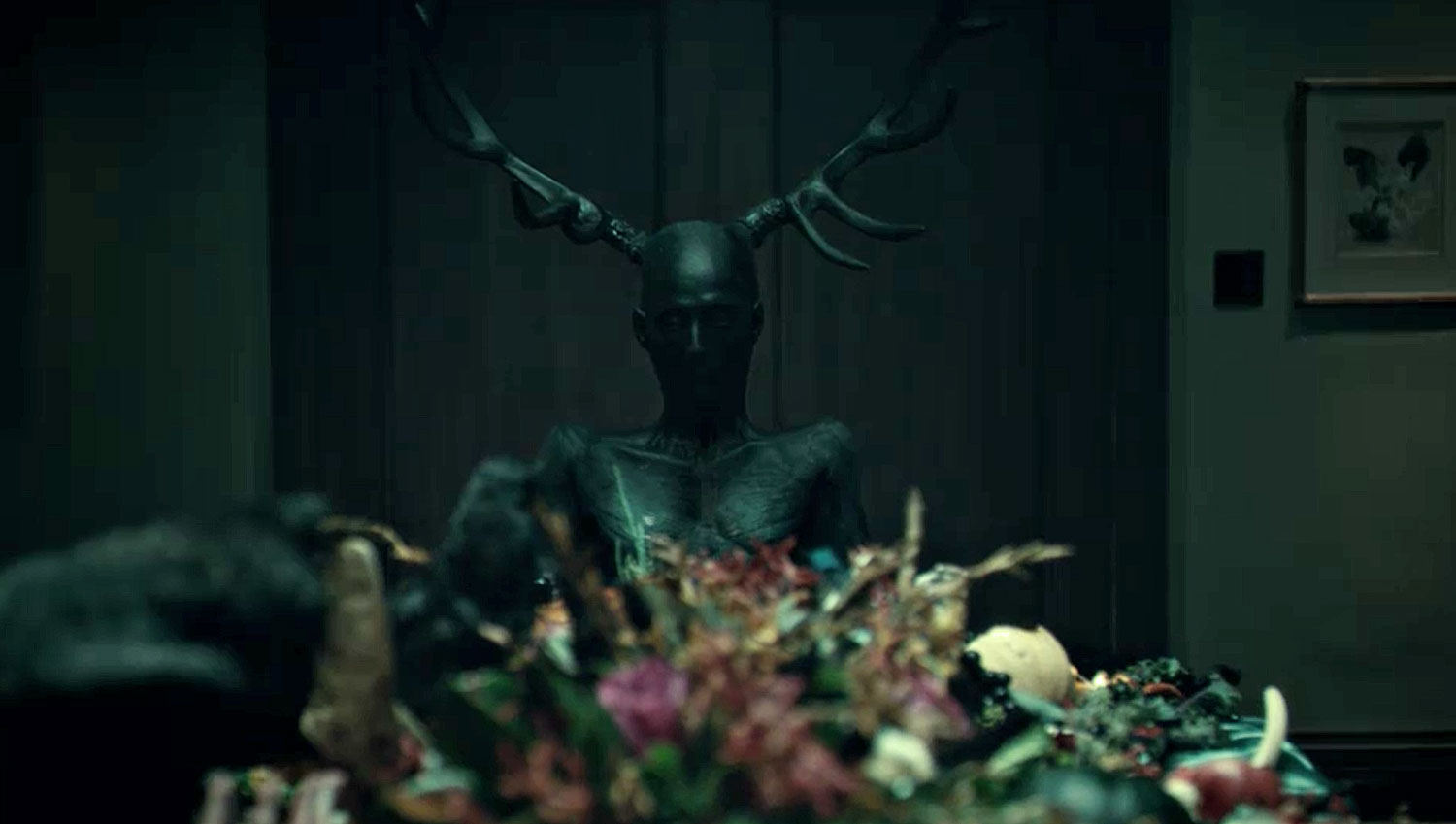 The Wendigo bust from episode 201 “Kaiseki” is a chilling manifestation of Hannibal Lecter (Mads Mikkelsen) appears as the ancient beast representative of cannibalism. Unsure how the bloke who bought this monstrosity is going to be able to convince his other half that it will look awesome on the cadenza by the foot of the stairs. But fair play. It’s a commitment. 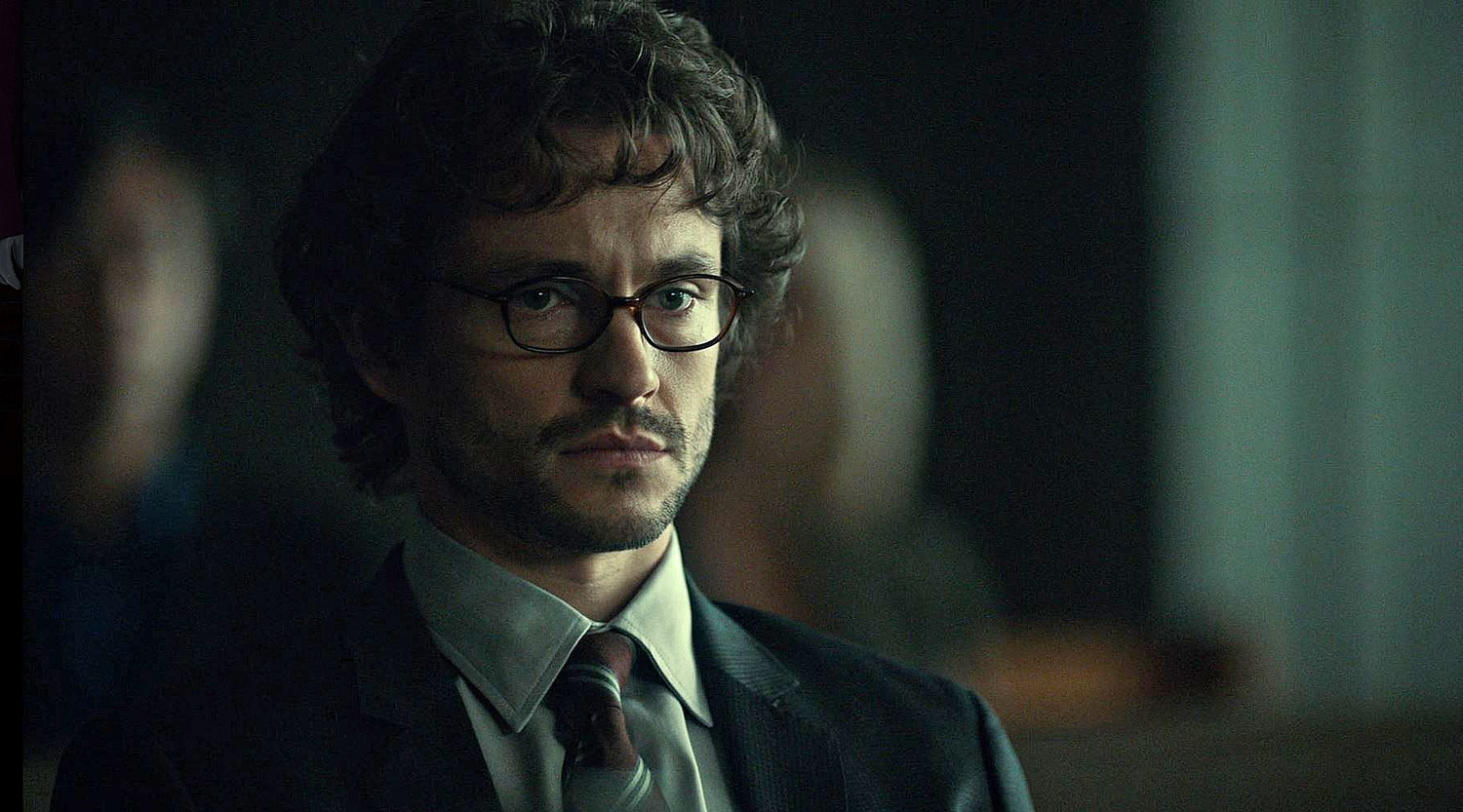 Will wears his signature glasses at various crime-scenes and lectures throughout the series. This particular model is the Cadore Moda PL-2090 DK Tortoise, which features a cellulose acetate frame with rounded lenses. The company no longer exists, but their became such a demand from ‘Fannibals’ as to whom manufactured the glasses that Bryan Fuller ended up tweeting about them:

For those inquiring about Will Graham’s eye glasses, according to the frames they are: Cadore Moda PL-2090 DK Tortoise

You might all think it would be a 3-piece or a vinyl kill suit that would top the billing in the Hannibal Prop Store Auction. But in fact it’s this dress, in a fleeting scene shown after the credits have rolled with Bedelia Du Maurier played by Gillian Anderson about to eat her own leg. Curiously, she hides a knife under her napkin, to suggest that someone out of shot, is in the house and is about to join her for dinner. 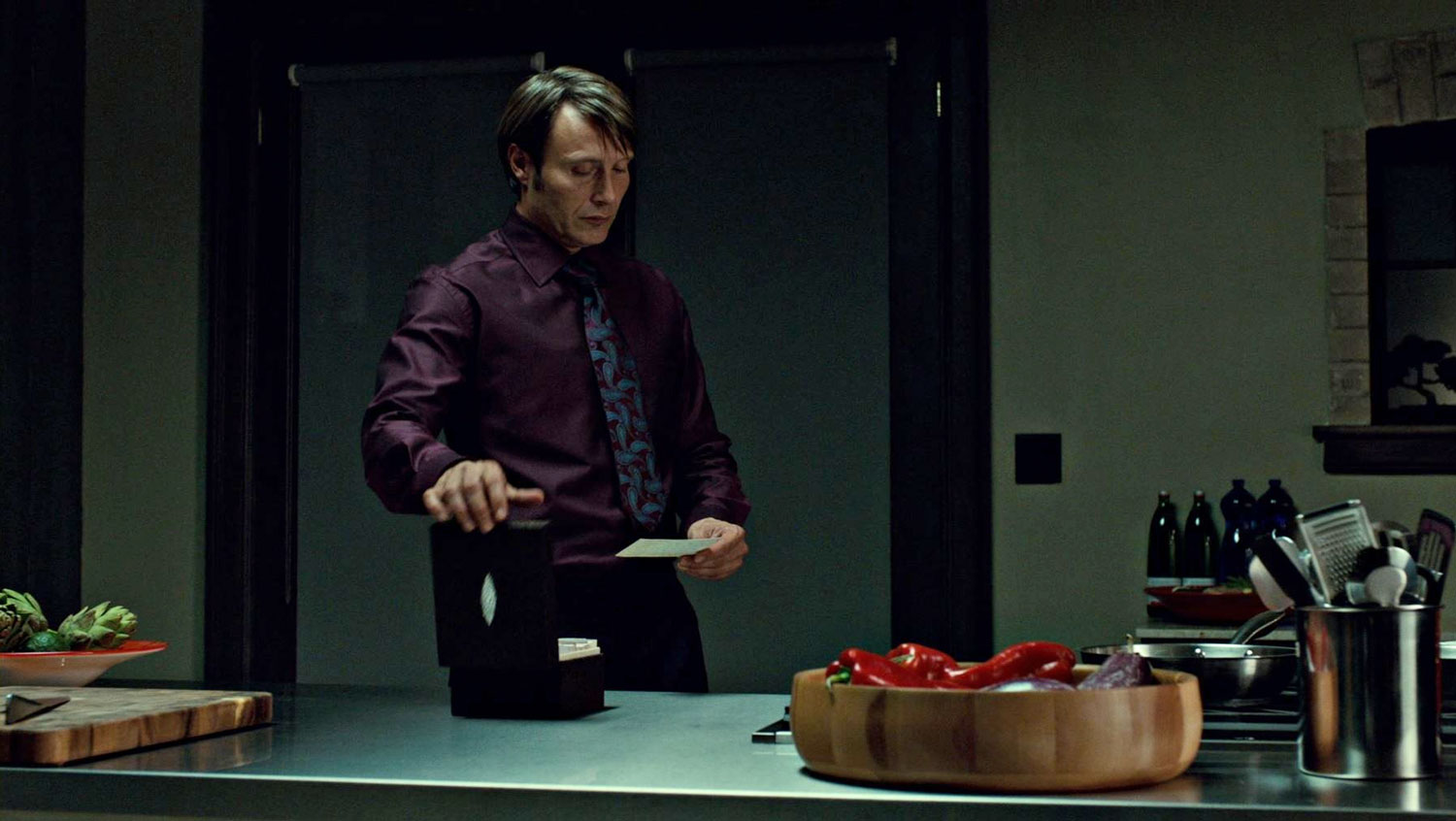 First seen in episode 107 “Sorbet” as he prepares dinner for Alana Bloom (Caroline Dhavernas). Whilst the cards inside resemble hand-written recipes; each has been printed onto 5” x 3” cards. Still, a clever trick. If you’re looking to do the same, you might want to think about doing that with the MyPostcard App.* 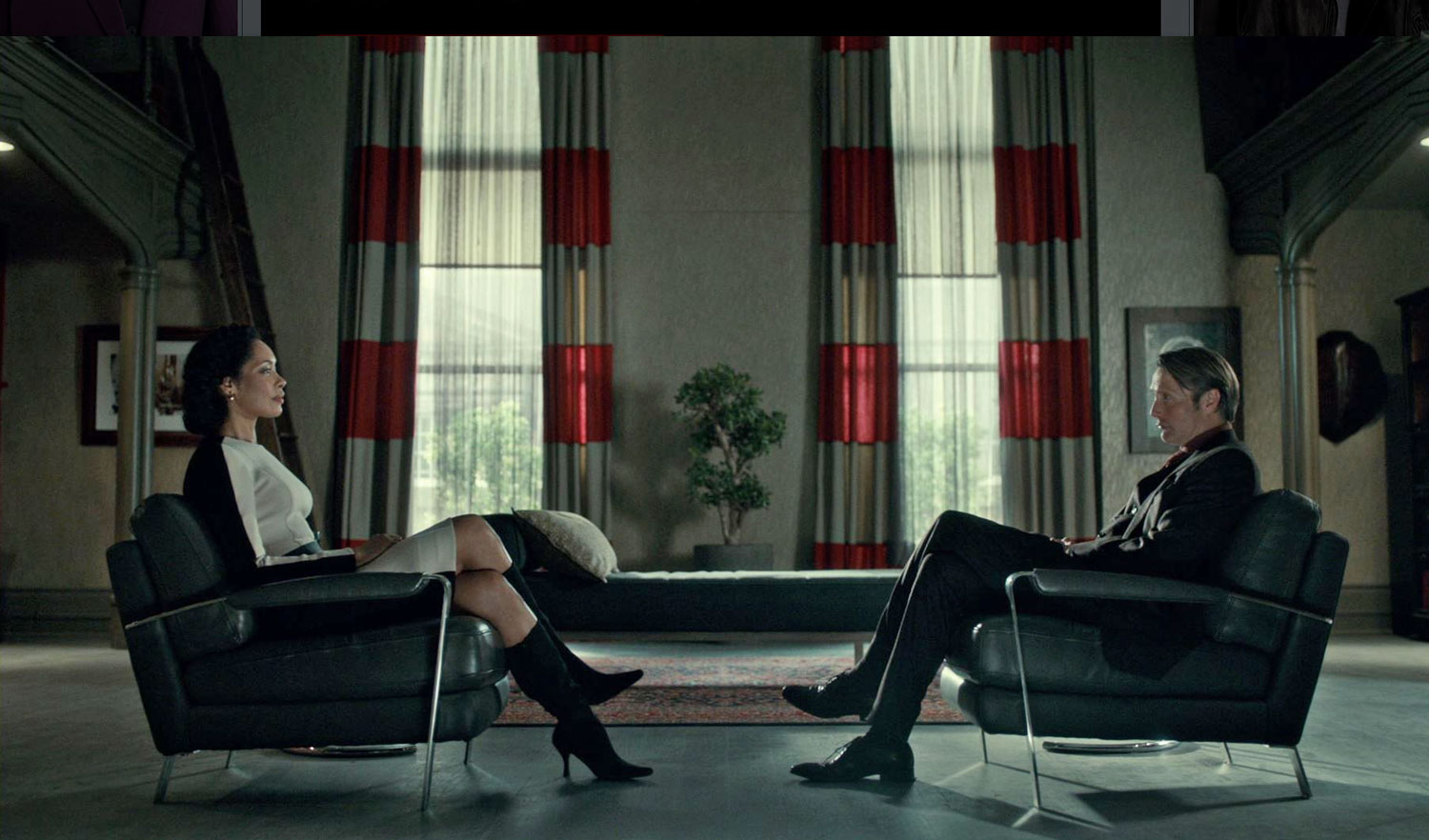 Hannibal’s office is decorated with lengthy grey and red drapes and silver sheer drapes throughout the series. The colours are fairly neutral so I Imagine they’d work with most high ceilinged office or work space. How unsettling would it be to see those in your shrinks office though?

Some images sourced through the Prop Store Auction. Hannibal seasons 1-3 is available to buy on Amazon now.