Brioni Bespoke – The Suit that Launched a Thousand Boyhood Dreams 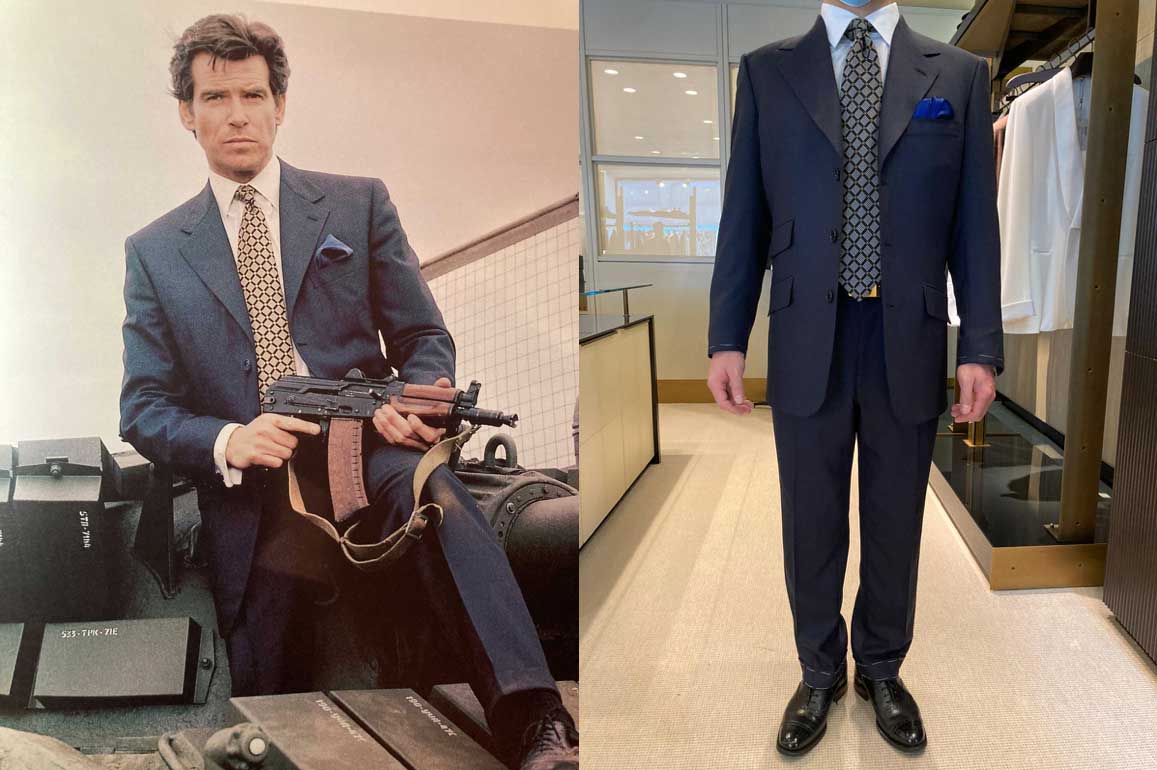 Take a look at the world – chaos. Because of a global pandemic, No Time to Die delayed for the hundredth time, Bond community events canceled, podcasts, merchandise, and documentaries all up in the air. Many of our beloved Bond alumni have unfortunately headed for a better world, too. In my opinion, this year has been “unpredictably” moronic. (As “C” would have put it)

One thing that I can pride myself on this year are the connections I would never have obtained otherwise. One in particular is getting to know one of my followers, Raccoon007Japan.

He took this year as an opportunity to fulfil his childhood dream, to replicate the navy suit worn by Pierce Brosnan in GoldenEye. I had the privilege and honour to accompany him in realising this dream as accurately as possible. 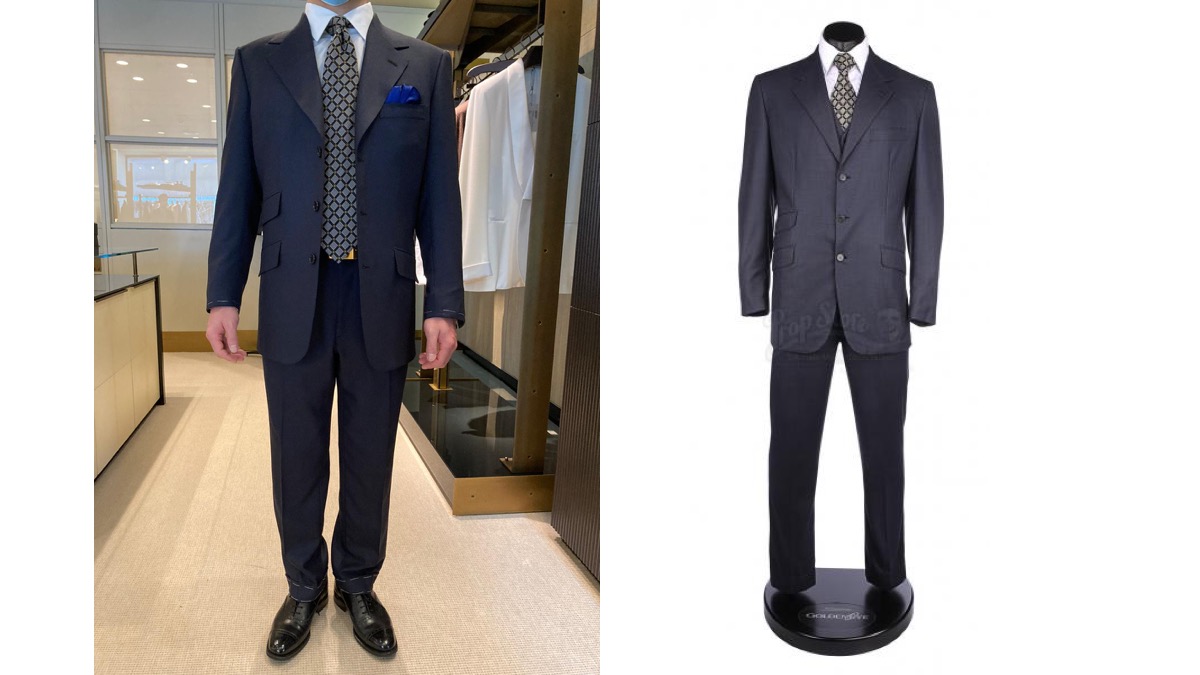 Unlike my Diamonds are Forever Half Norfolk jacket (where the challenge was getting the unorthodox details right) we had a clear starting point and a wealth of information online to rely on. (I’ll link to those in the research notes at the bottom).

Raccoon007’s body type had less sloped shoulders than Brosnan, and a stronger torso. Putting him in identical proportions would have resulted in a totally different, if not “off” look. This was why this had to be bespoke.

Raccoon007’s first visit to Brioni (Brioni Tokyo, located in Ginza) was by himself – here he chose the fabric, buttons, and clarified the details along with his first fitting. Brioni had informed us that for the film, there were order records of “Augusto” model suit jackets and “Snello” model trousers in matching navy birdseye fabric to create this GoldenEye Tank suit. 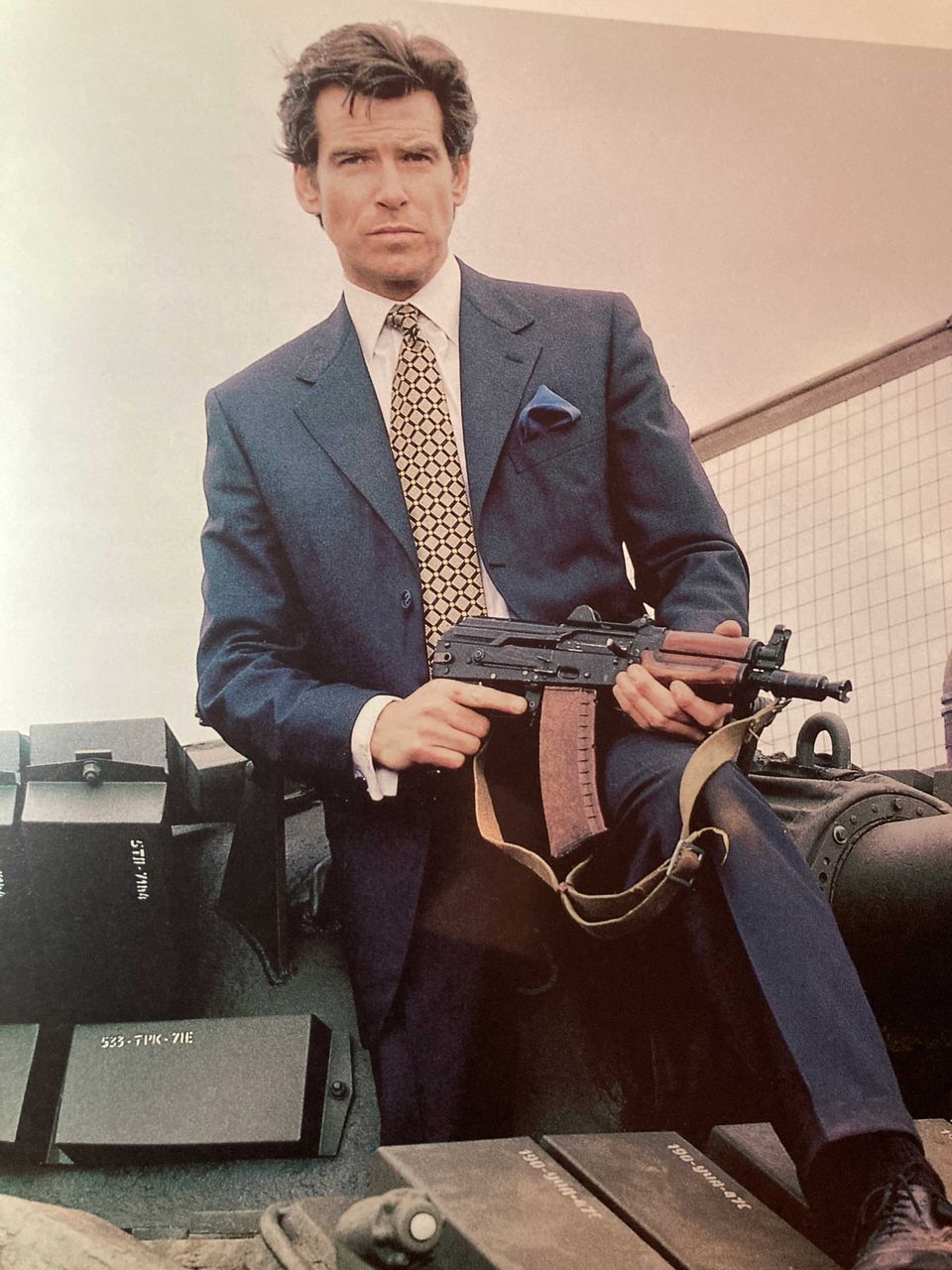 GoldenEye – Picture taken from the book Dressed to Kill

Naturally, these models are archived today – so for the “try on,” an existing model was used as a base, and we adjusted the specs to meet the Augusto and Snello shapes. This meant a longer jacket, stronger and wider shoulders, a lower gorge, and a fuller fit for both trousers and jacket. Basically “going back in time” like Daniel Craig’s Bond would have put it (but would NEVER have executed – he prefers his much tighter styles!)

We knew that Schofield & Smith specifically wove a navy birdseye fabric for the production in Goldeneye, but based on Brioni’s availability we decided to choose from their enormous selection of fabrics. (This is only a handful – there are about 3 times more!) 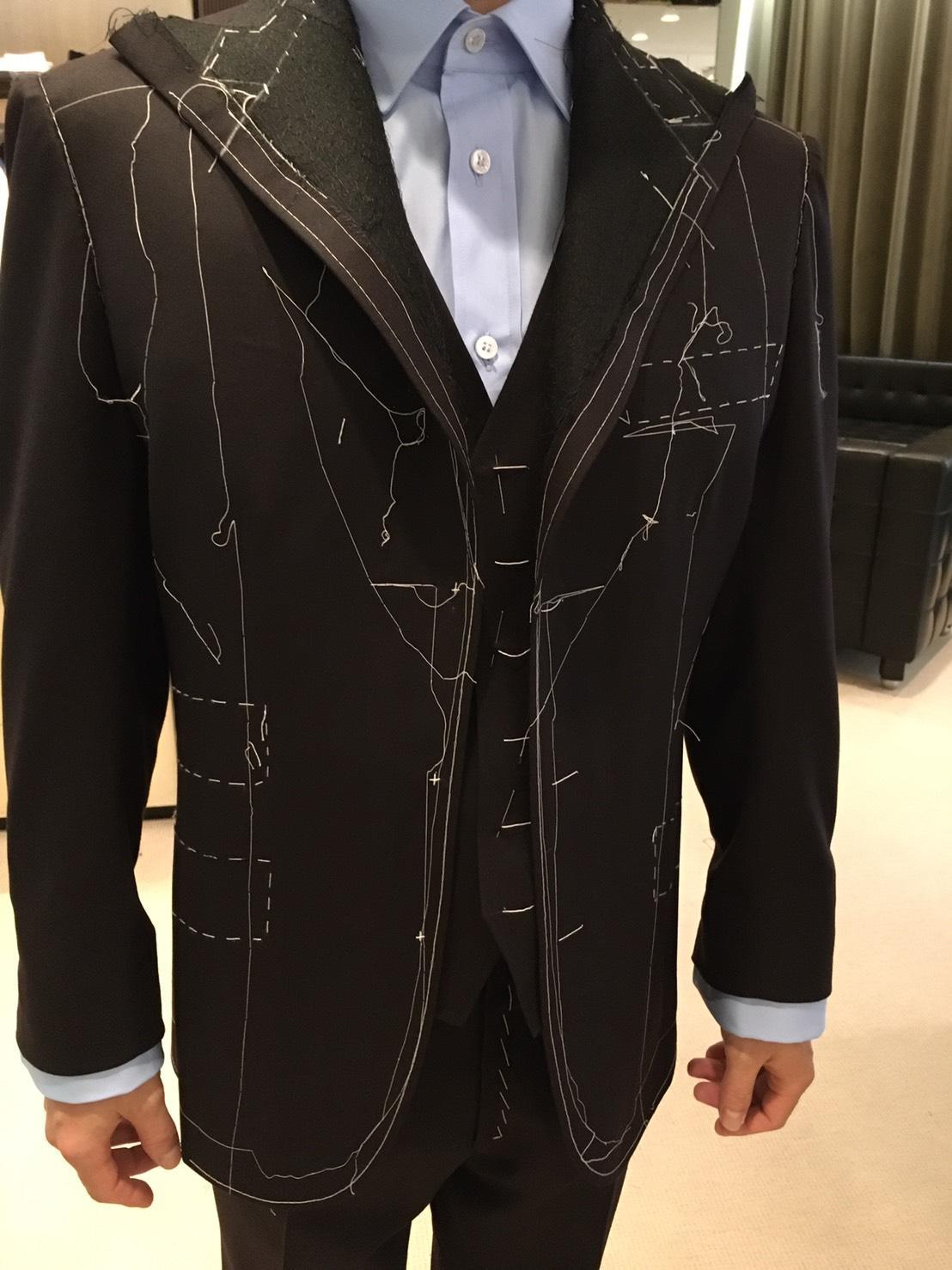 Based on three almost identical choices (with the difference being an extremely subtle difference in the scale of the weave) we decided on a 240g Super 160s navy birdseye wool from their Il Guardaroba Distinctive bunch, which basically means “unique wardrobe.” Dope. 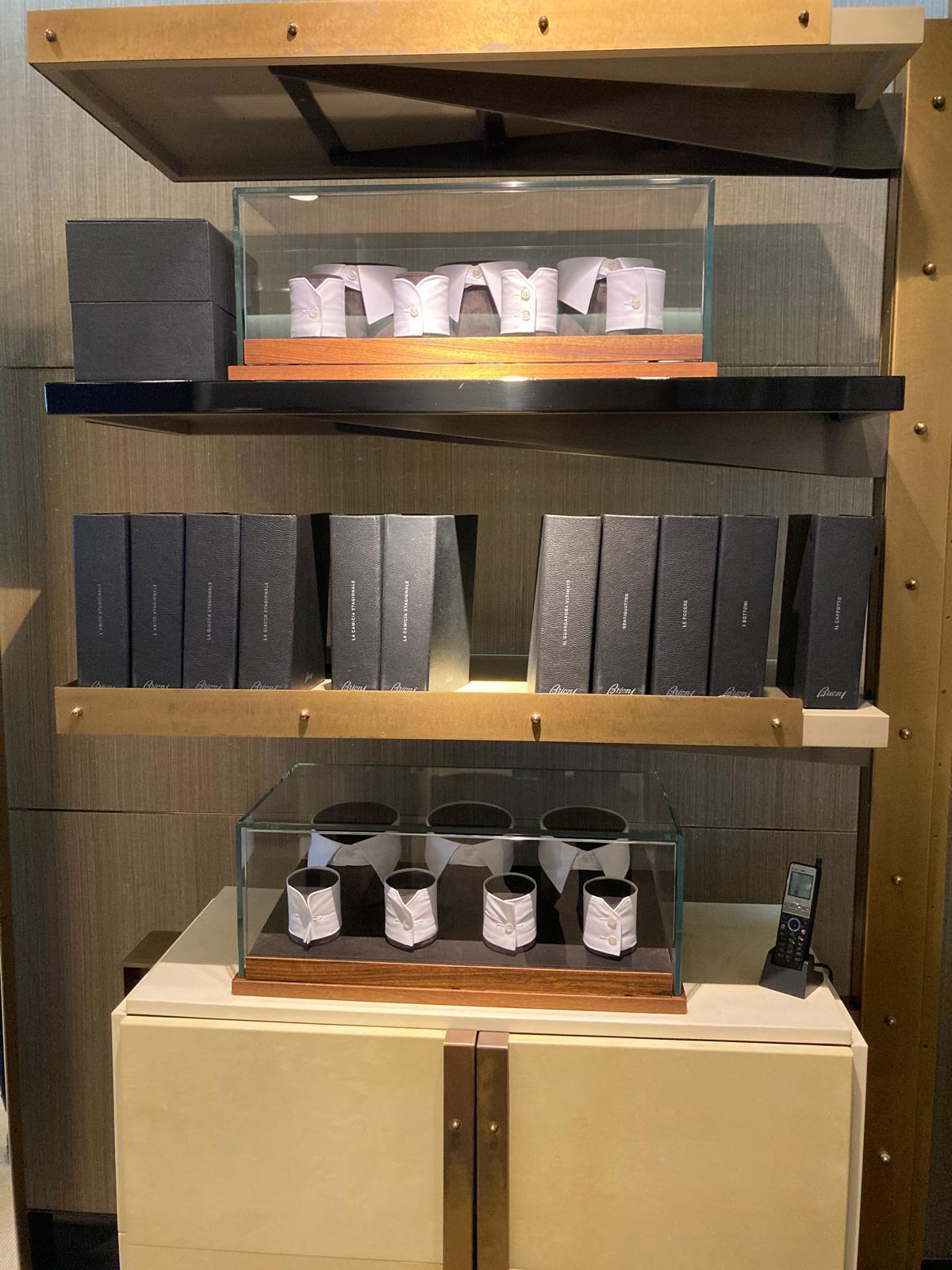 Who is your connection?

Brioni’s manager informed me that they make all their fabrics in collaboration with several mills around the world. As a tailor brand where the name directly equals luxury and quality, they are not obliged to reveal their mills and are secretive of the sources of their fabrics.

This is to the point where even the managers have no clue about where the exact mills are, except for some very particular collaboration bunches like their Holland and Sherry Exclusive For Brioni bunch. 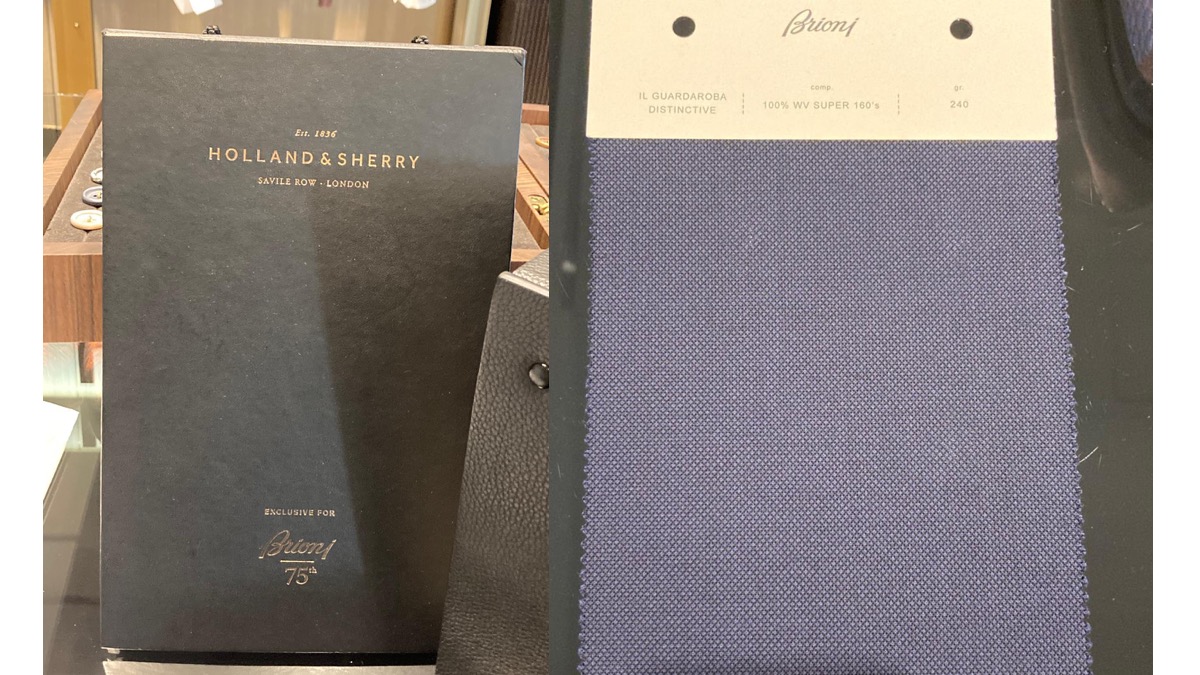 The Weight is Just Enough

Taking an accurate picture of a semi-solid fabric is near impossible as the camera picks up the lighter tones, but the colour is 100% screen accurate.

Perhaps the only difference worth pointing out is this fabric is a hair lighter, around 40g lighter than the original. Nevertheless it makes for a very lightweight suit, something Bond would have worn 25 years ago. 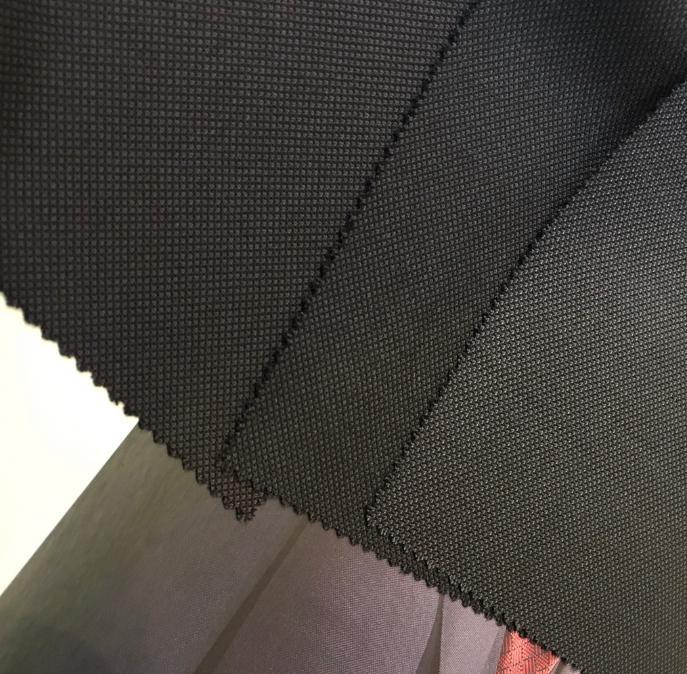 The lining was Brioni’s original Cupro lining with their logo embroidered in it, so that was no stress. The manager pointed out that Brioni tweaks details (like changing the font size a little, word spacing, and the image itself) slightly but never drastically over the past years.

Which meant there were several variations of the lining, and on occasion a customer would bring in their beloved Brioni suit with lining they had never seen before. This is their lining design as of 2020. 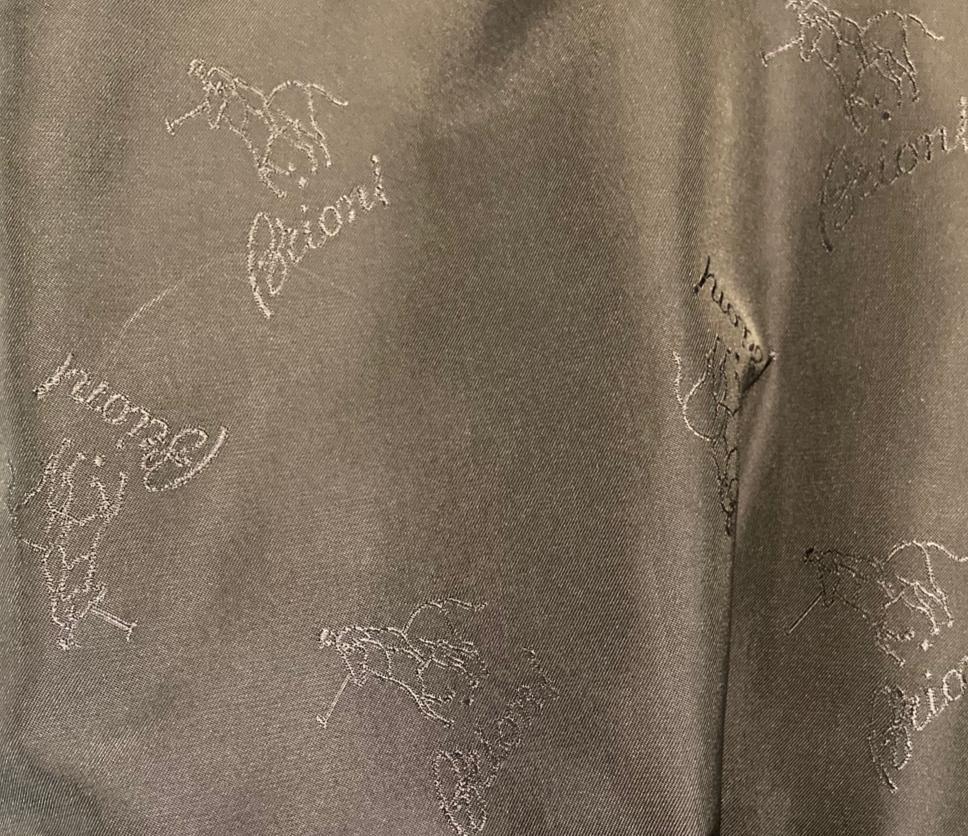 Next we proceed to the details

The shoulders were particularly difficult – strong shoulders are a statement design on a business-like worsted suit, that will date quickly if done to the extremes. Brioni still boasts their Roman style (which is in fact the name of their factory – “Roman Style”) but have updated it slightly to meet the relaxed look in vogue today.

Based on Raccoon007’s physique, muscular around the chest and shoulders but less tall than Brosnan, the idea was to go as sensibly “wide” as possible while not padding the shoulders too dramatically. The roping was there, but not too pronounced. For bespoke, they were willing to revive their classic, strong Roman shoulder which looks fantastic. 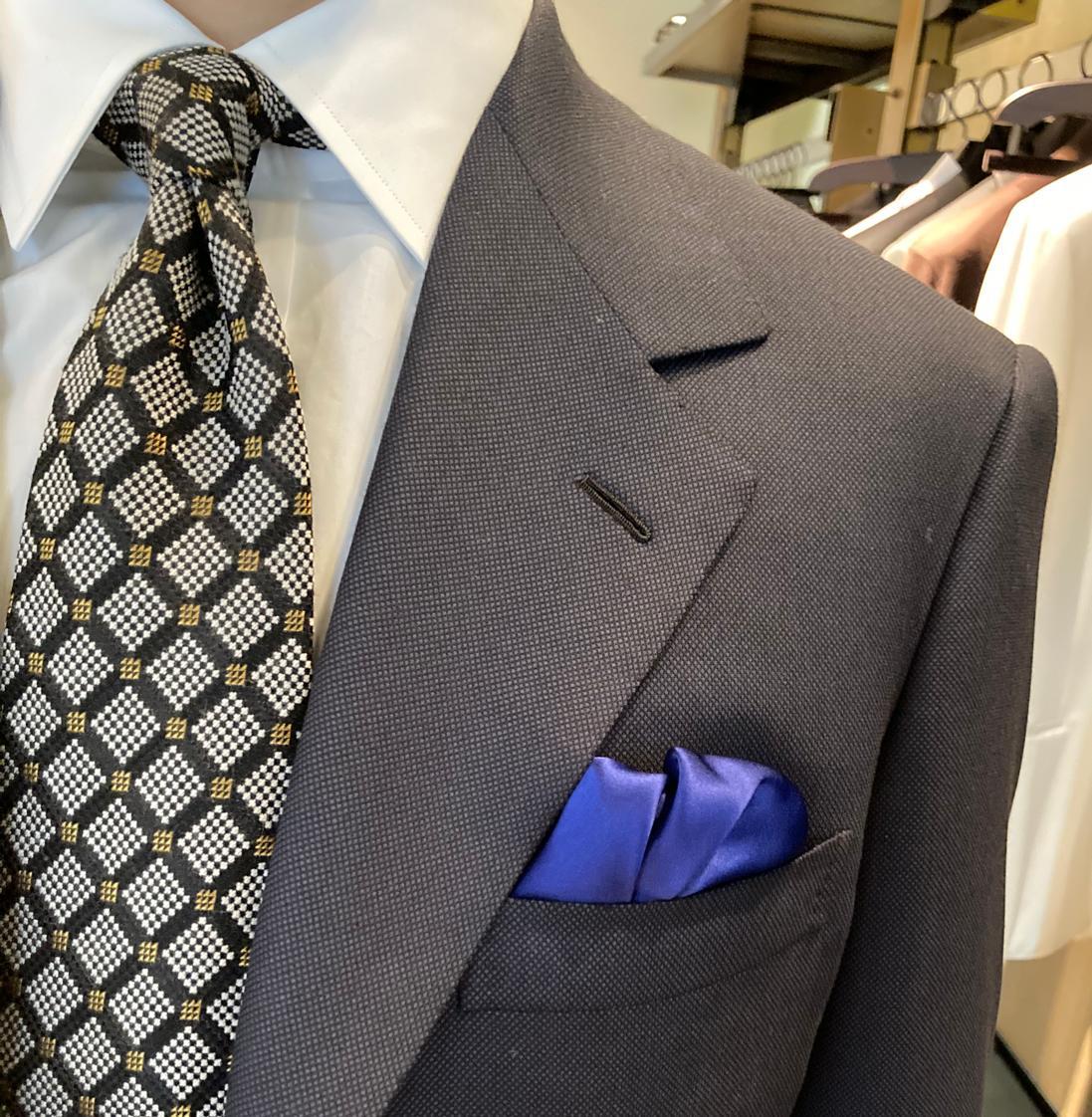 The gorge was lowered to meet the Augusto shape, much lower and sloped than what we would see on suits today. We decided to raise it higher than Brosnan’s, but not too much.

Given how constructed the shoulders were, we decided on the lapel width as 3.5 inches. Pocket flaps (slightly slanted flapped pockets, ticket pocket) were adjusted accordingly. 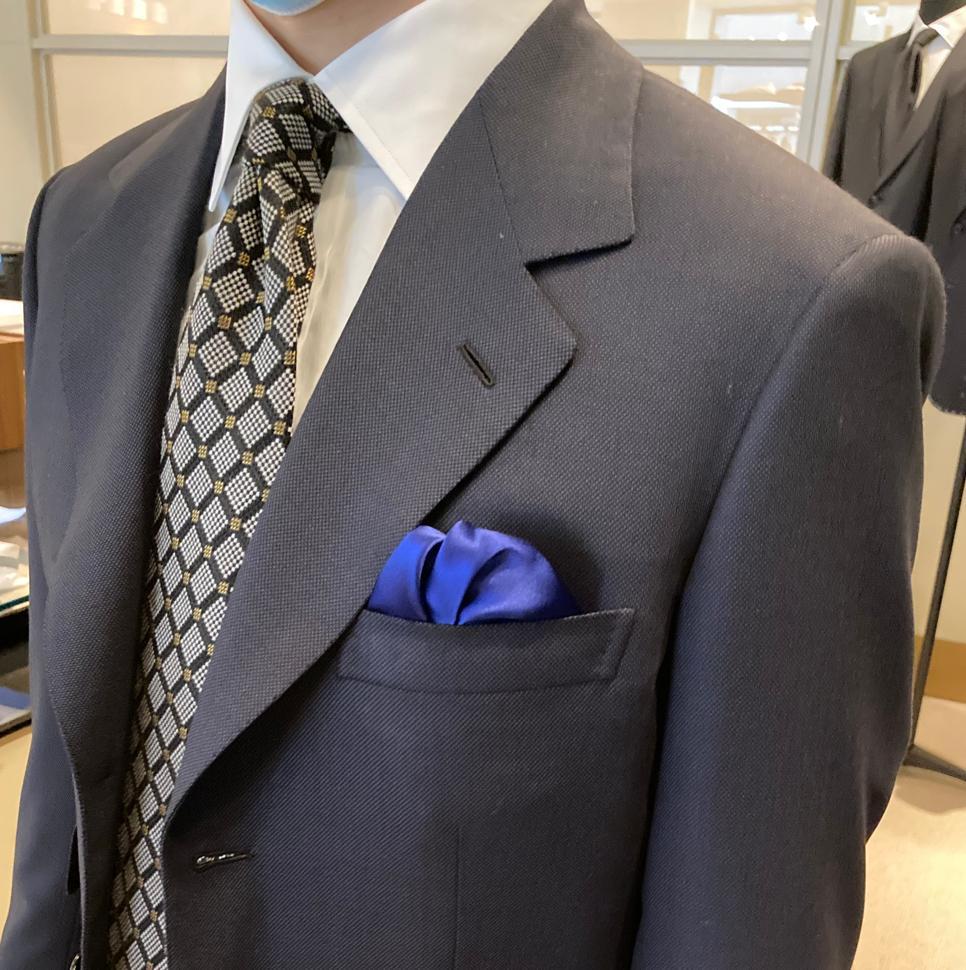 The full three-button front has a very low button stance on Brosnan’s original, but as he never fastens the jacket it was difficult to discern the exact positioning.

We kept on with the idea of keeping it lower, but again not too low, short of an inch above the belly button. The lapel length was needed as the gorge was still low, and striking the perfect balance was key. 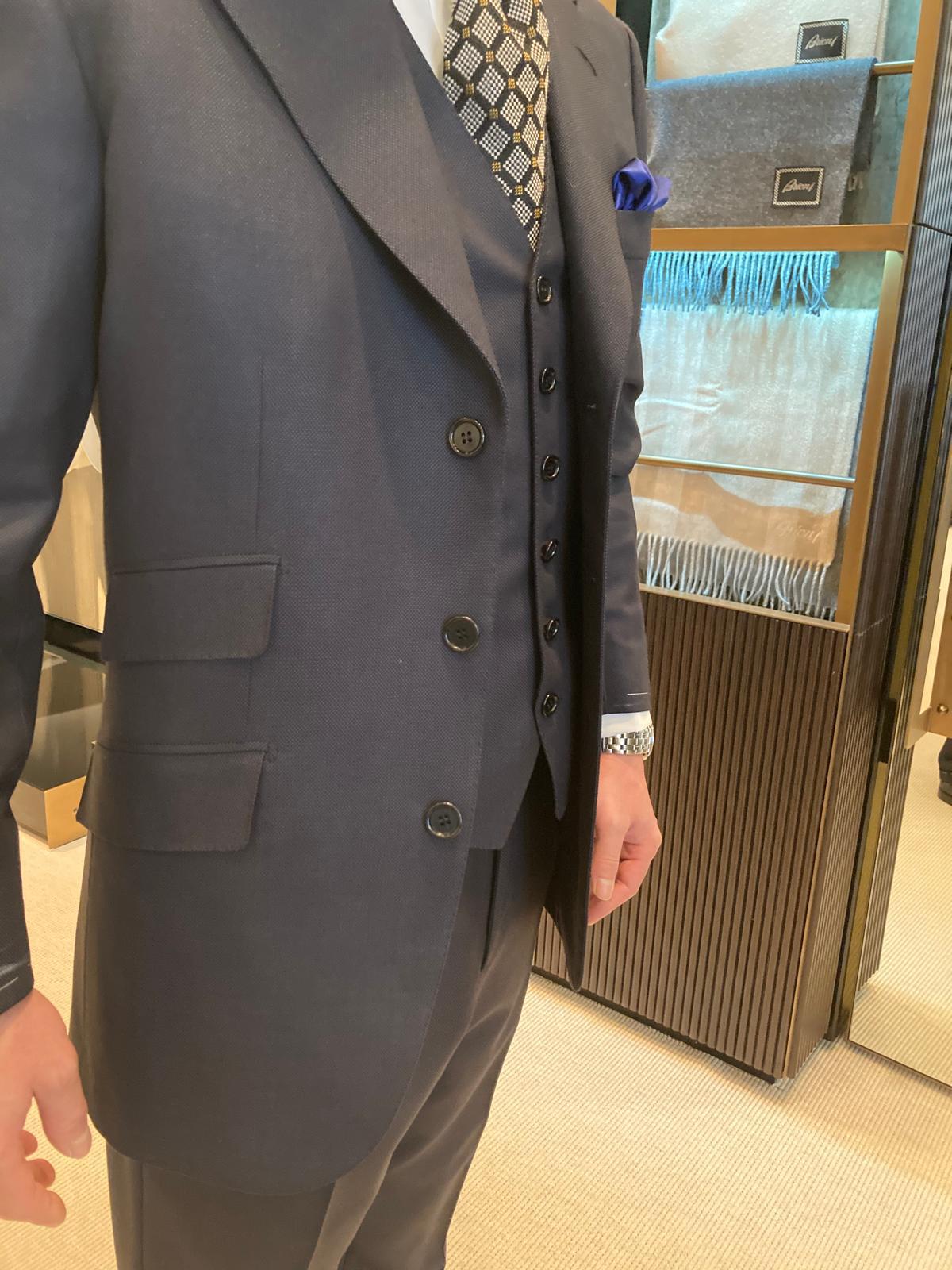 Now we know what V stands for

With everything bottom-heavier up to this point, the skirt length had to be balanced out longer for the true Brosnan look. We decided to suppress the waist a little more to still achieve the strong, elegant V-shape expected of a jacket. It entirely covers the buttocks, but the shape from the waist keeps it graceful. 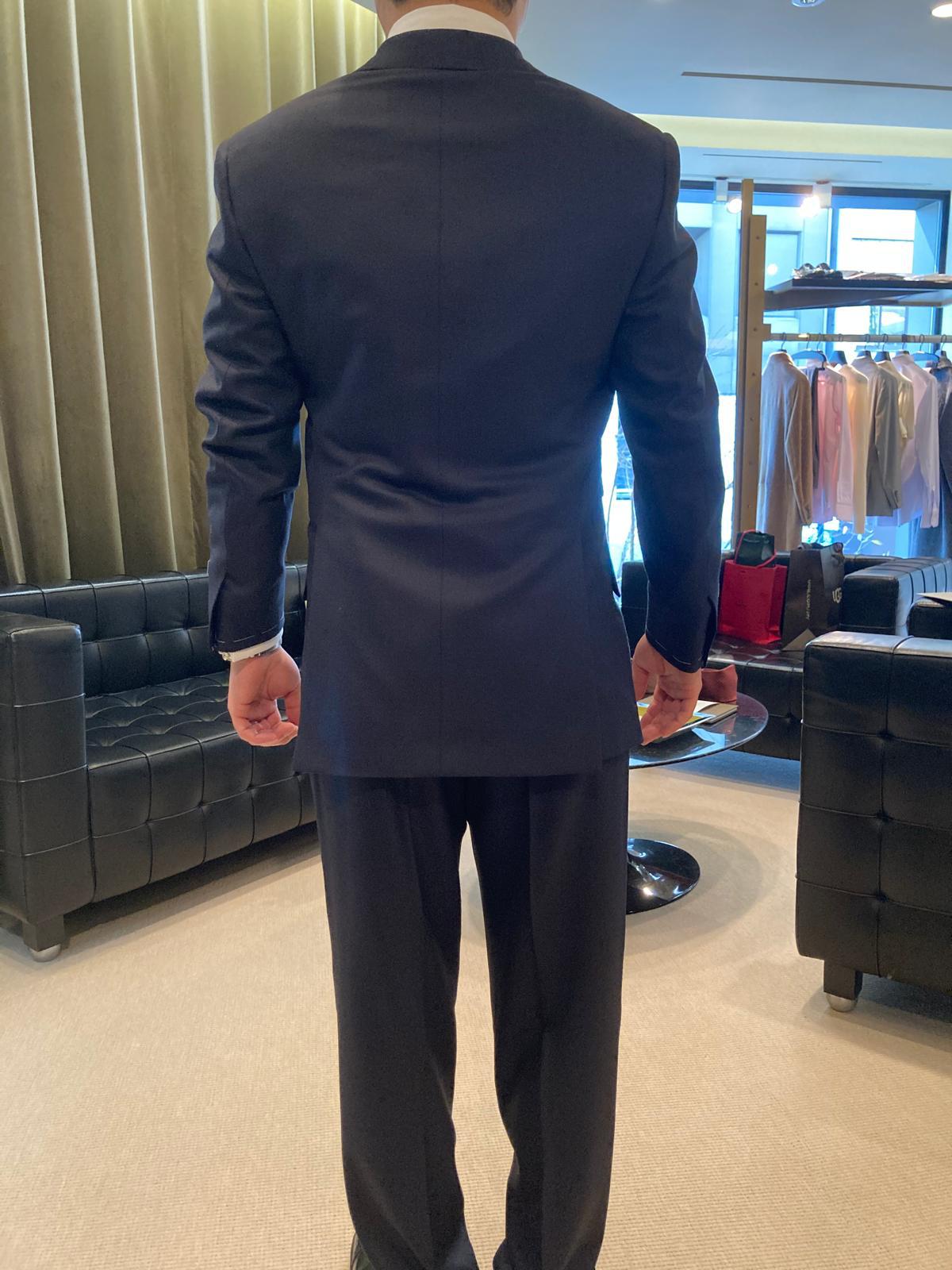 Who wears the Trousers?

As for the trousers, details were basic – slanted side pockets, two jetted button-through pockets on the back with two rear darts on each side, 8 belt loops, a hidden coin pocket beneath the waistband, a dinner split back and double reverse pleats. These were basic details that were not a problem for Brioni to execute. 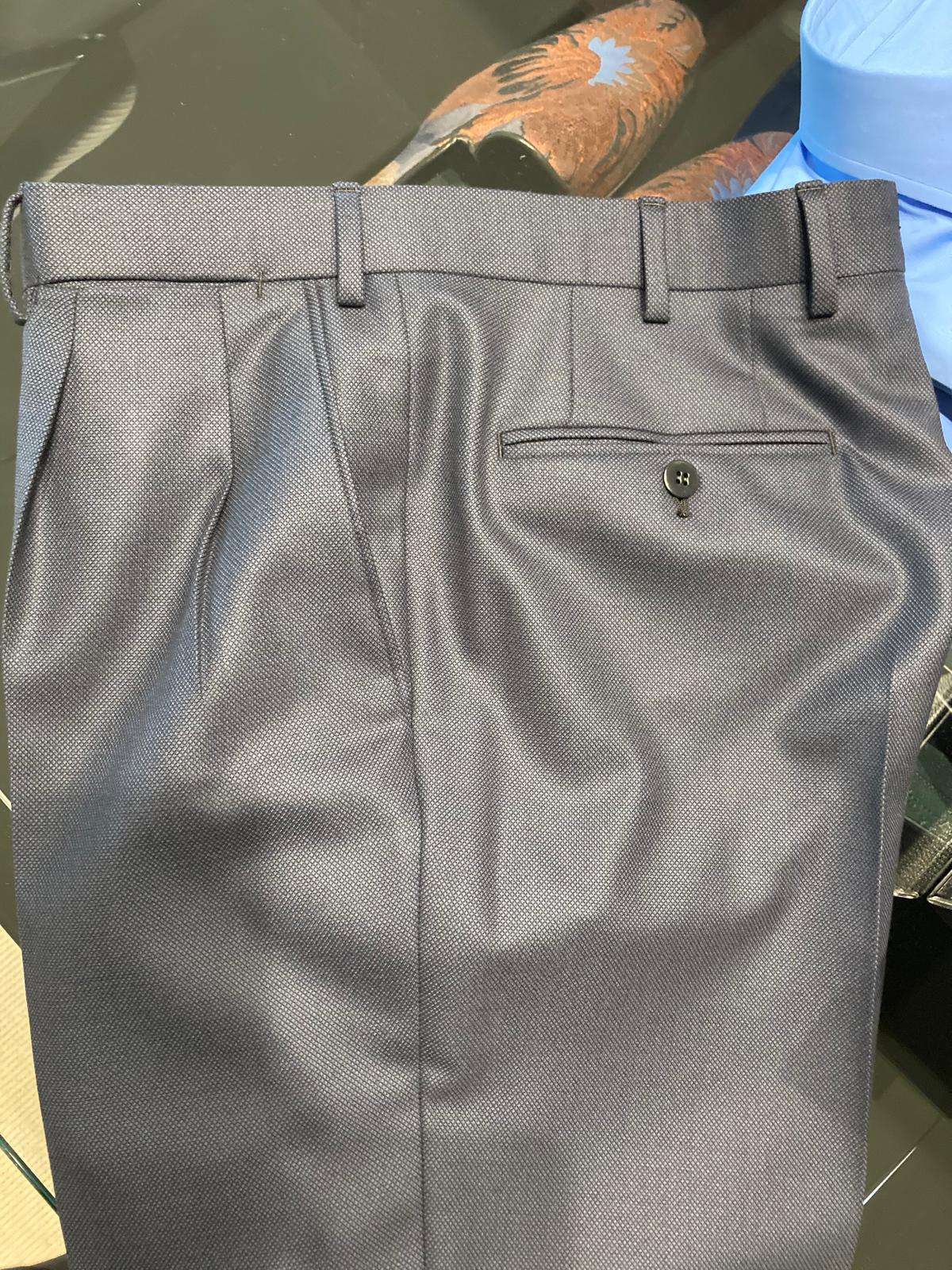 The fit, though, was harder to adjust. Double reversed pleats and a lower buttoning stance meant a high rise, meaning fullness near the waist that will continue downwards to the turn-ups with a half break. The shape still had to be on the slimmer side of loose for a wearable silhouette today.

As a result, we narrowed the leg opening compared to Brosnan’s, and the turn-ups were set to 4cm for the trouser leg to hang straight and elongate the leg. 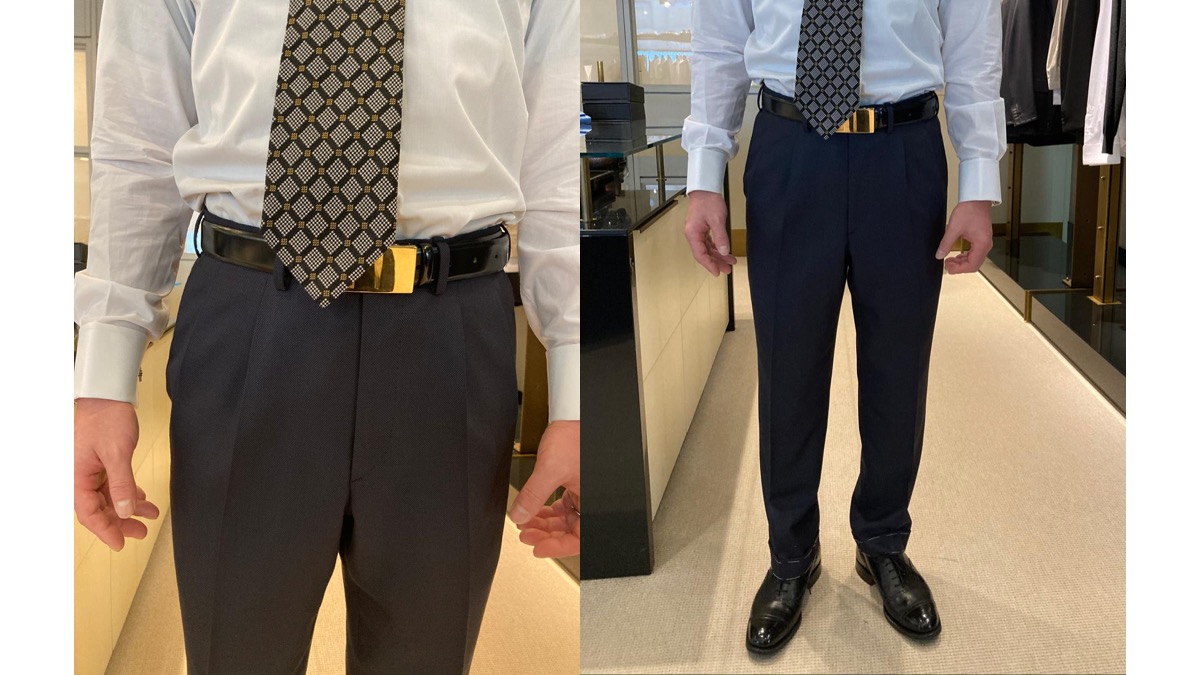 Based on images from press conferences and the Prop Store auction posting, Raccoon007 decided to order a waistcoat too. Something that was originally intended for use in the production but was never seen on screen.

According to the auction, this was a six buttoning front with two lower slanted welt pockets placed in between the fourth and fifth buttonhole. Naturally, a lining back with an adjustable cinch strap and a notched bottom. 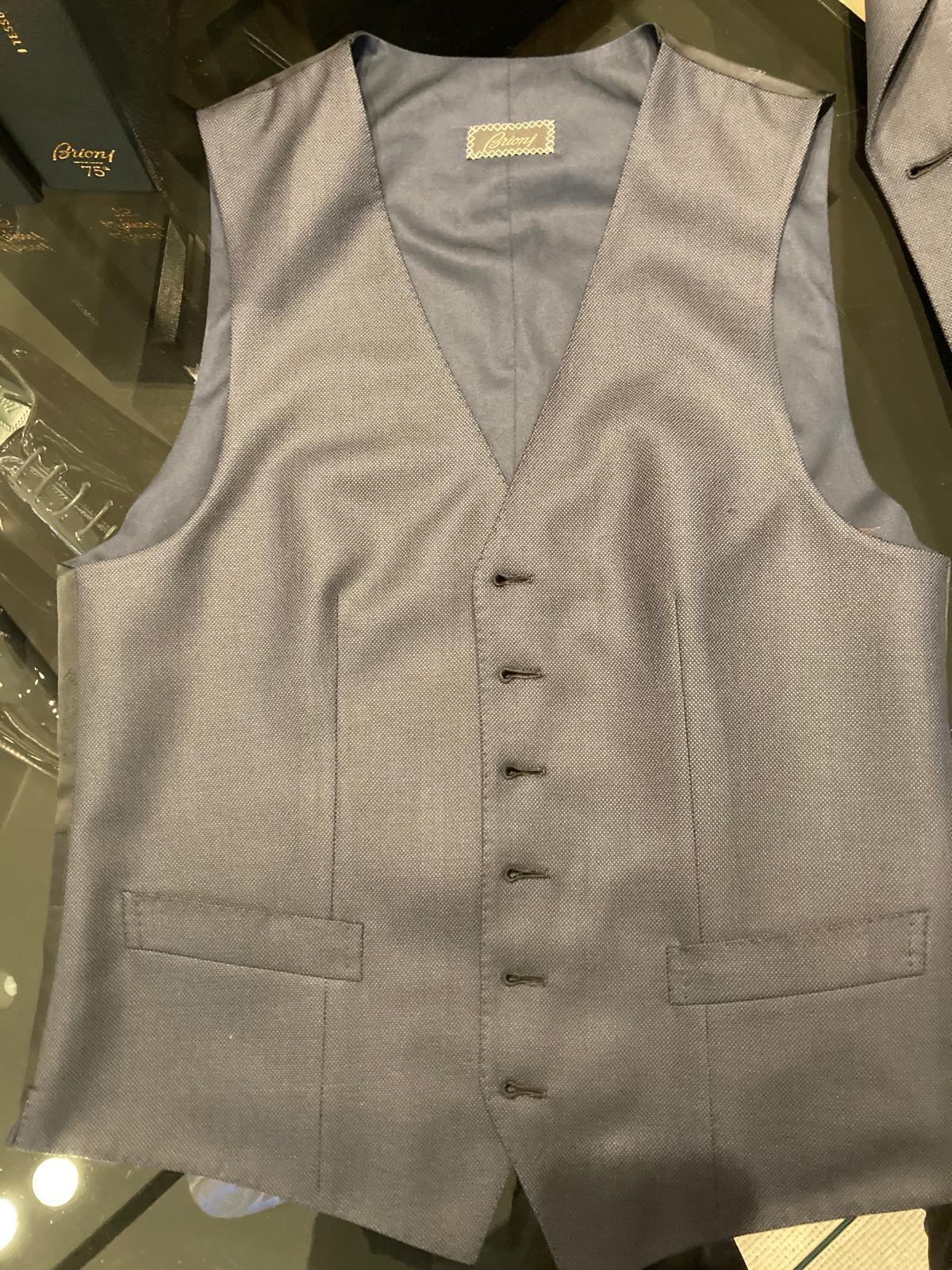 Based on how Brosnan is never without a belt (ok, well for this one he experiences a rare belt-less moment ditching it midway as a piton), we knew right off the bat this was going to commit the faux pas of wearing a belt with a waistcoat.

With that in mind, we made it slightly longer than standard so the belt hides underneath (albeit forgiving the inevitable “lump”). 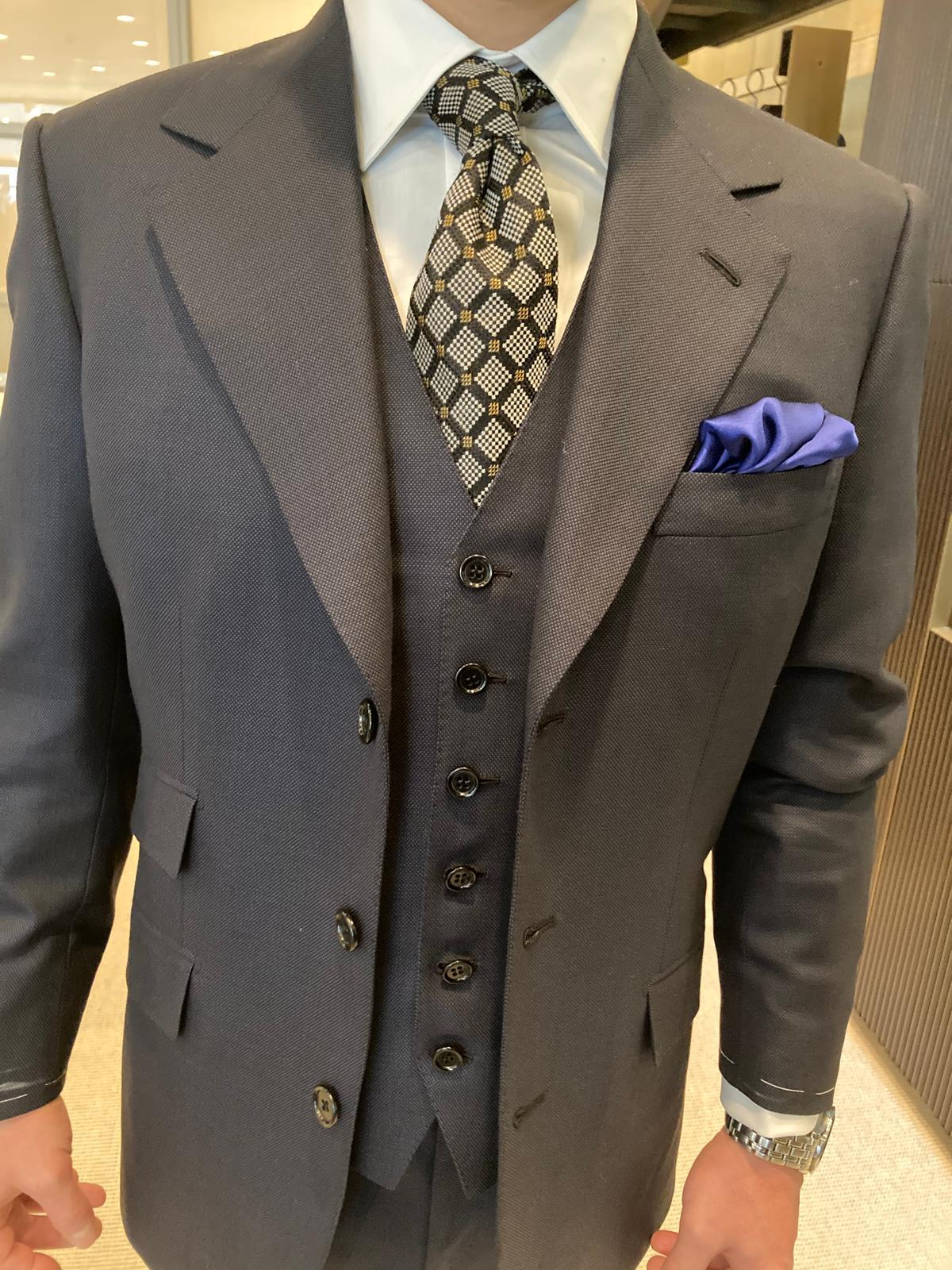 You’re Sentimental about him

As a navy birdseye suit is a core staple of Brosnan’s Bond, appearing in every single one of his movies, R brought all the accoutrements to truly replicate the look. The moment when the look came into one was touching – I was moments away from tearing up. His dream came true – he was happy, and so was I. 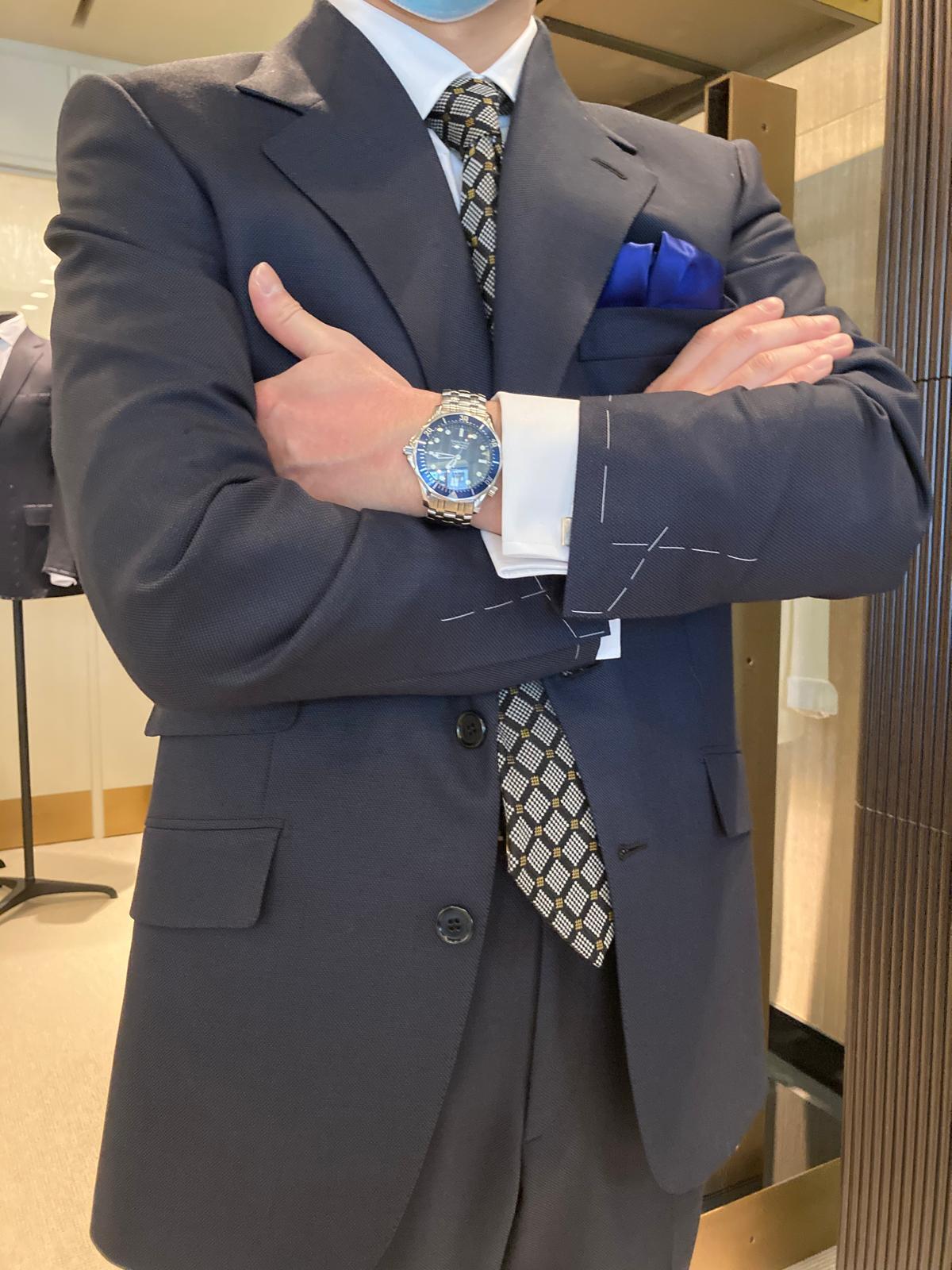 For Your Eyes Brioni

And for those who took the time to read up to this point, some final eye candy!

How much for a Brioni Bespoke suit?

If someone is genuinely interested, he (Raccoon) doesn’t mind answering in person or me answering in lieu. (Contact details below). 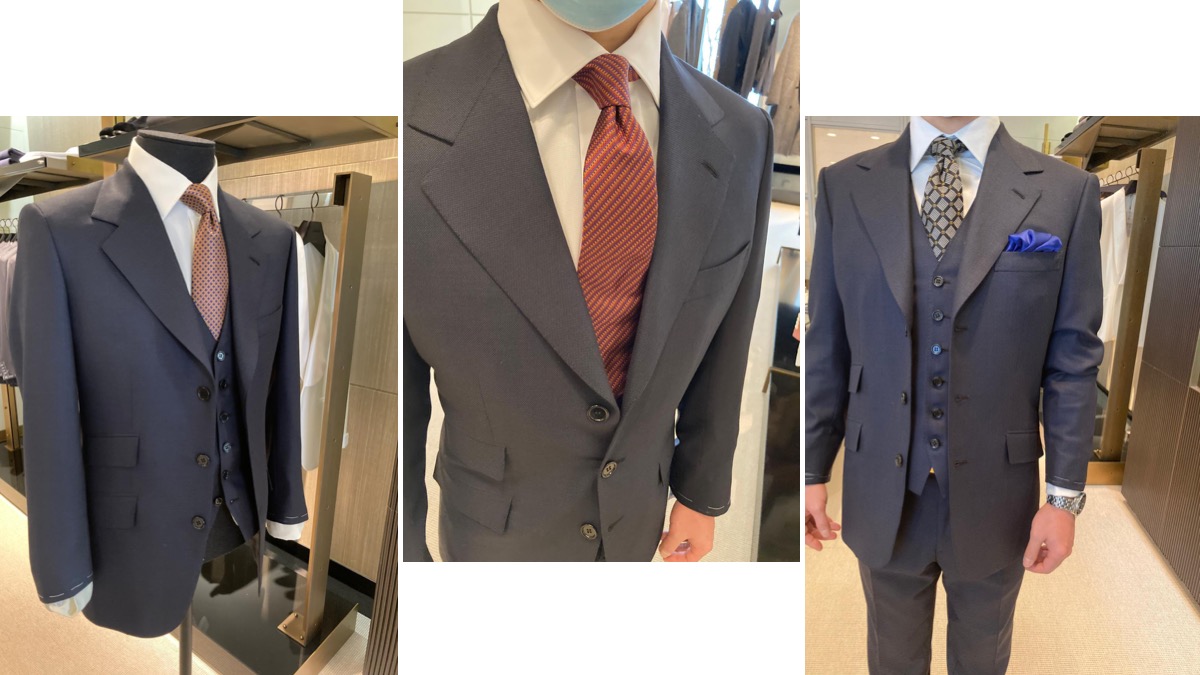 This Brioni bespoke suit has tons of screen time in Goldeneye. Bond Suits and BAMF Style had us covered about the basics, plenty of behind the scenes images from the unofficial James Bond Picture Archive: Thunderballs and a Prop Store auction that showed the exact suit in nauseating detail.

We even had Matt Spaiser behind us, who we could ask questions to whenever we stumbled across something. We thank everyone involved and all these resources listed – without everyone here, this would never have been this successful. 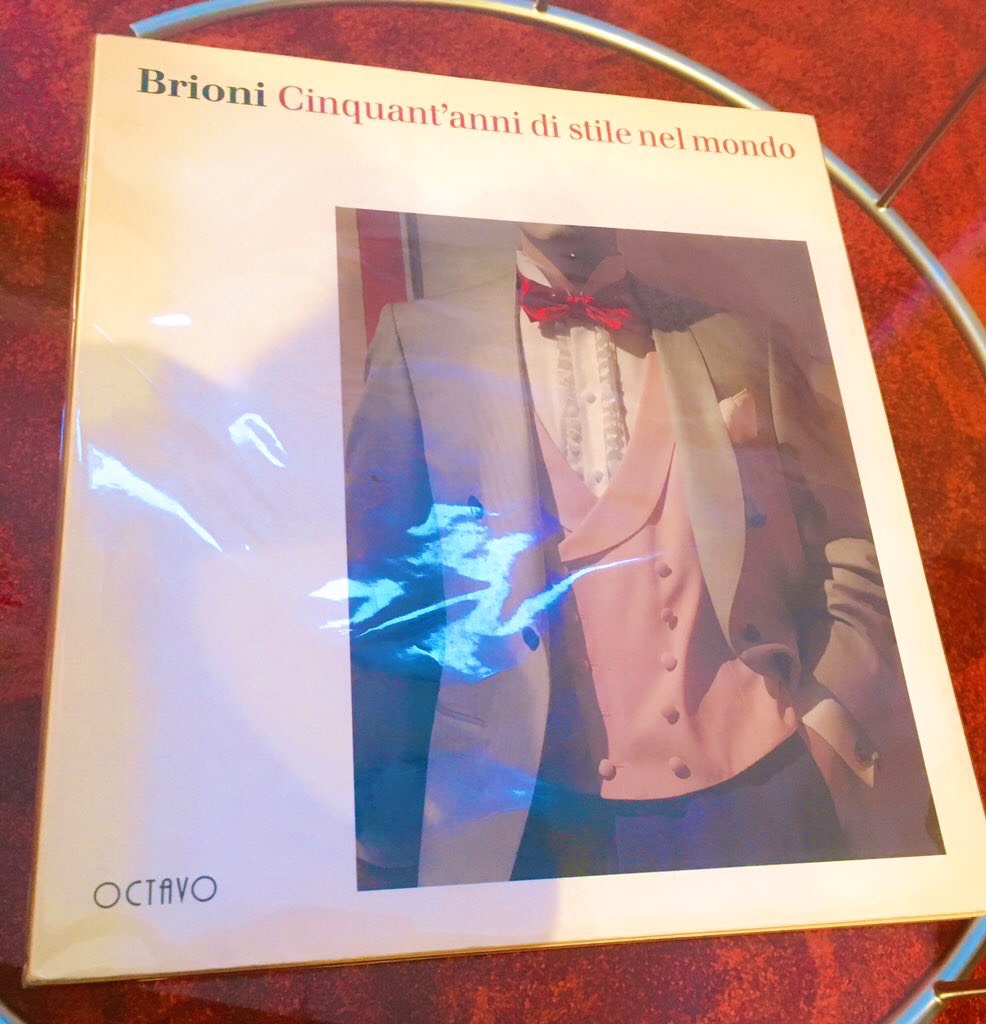 Raccoon actually got in touch with Angelo Petrucci, who was the supervisor for Brosnan’s wardrobe in the film. This made it a true Goldeneye suit. You can find an interview with Petrucci here.