In this episode we are joined by Steven Edwards, head of marketing over at Benson and Clegg. Benson and Clegg provided the latest tie slide for No Time to Die, but they’ve also featured in several of the Bond films previously. Most famously in the Live and Let Die scene where Bond meets Solitaire.

Full interview with Steven Edwards can be found in the non-award winning book written by myself and Matt Spaiser, From Tailors With Love, An Evolution of Menswear Through the Bond Films.

Would Bond wear this tie as part of his naval uniform?

With the Navy uniform it would be a standard issue tie –  the Royal Navy tie that Moore wore, you wouldn’t wear it as part of your navy uniform, it’s part of a service man civilians clothing.

Matt Spasier talks about this tie being underused in the film.

It’s a shame he (Bond) only wears this tie on one occasion because it fits the character so well. I think its Roger’s most iconic Bond tie. It’s the only that I could find any meaning for. The others are random stripes. They don’t have any background. 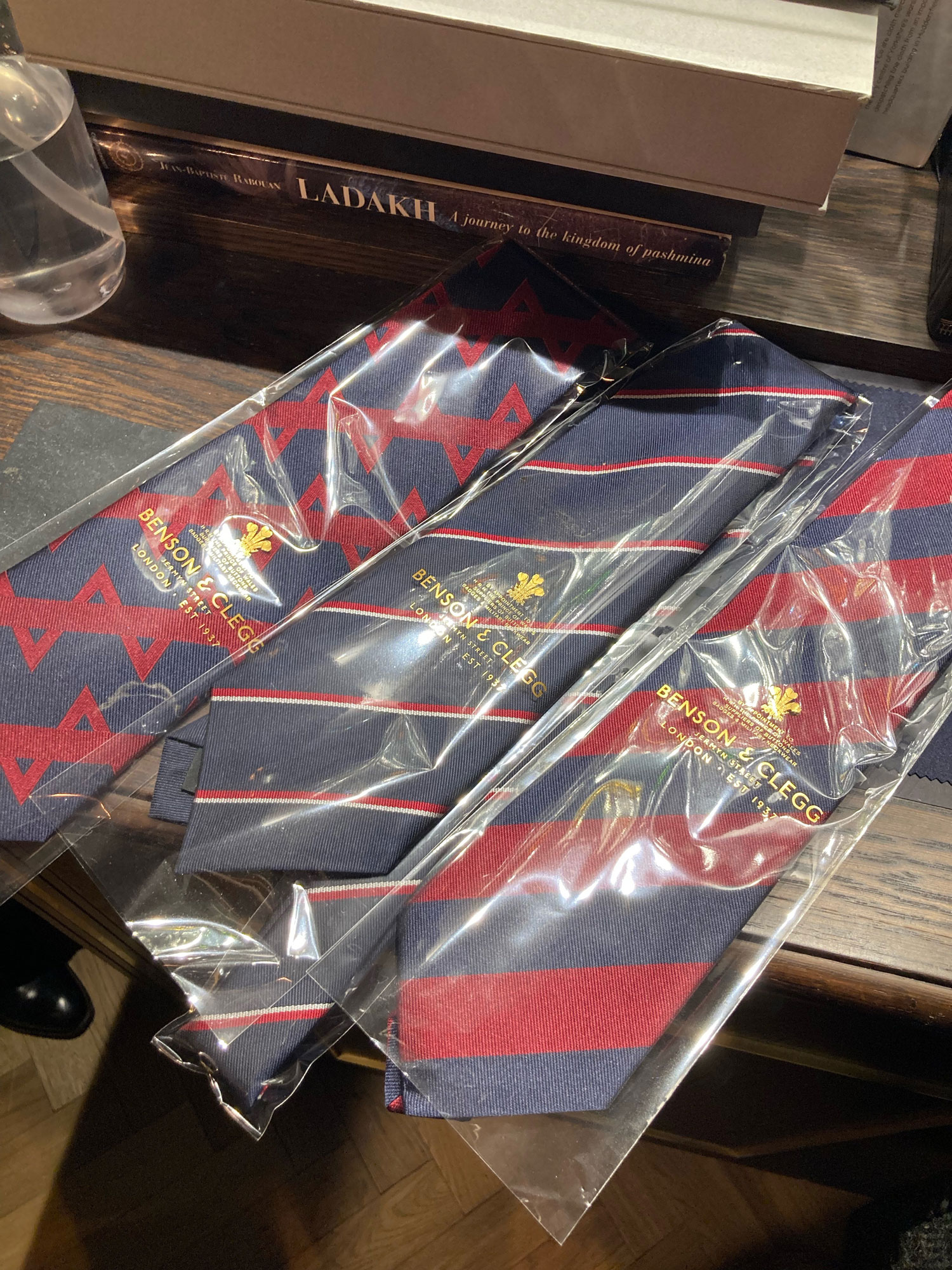 The Live & Let Die tie in the middle

As per usual you can do us a solid favour by leaving a review on iTunes. You can download the podcast on iTunes, Stitcher or Spotify. Or listen in the player below. Matt Spaiser joins us to also rhapsodize about the beauty of the Benson and Clegg ties, and we’ll punch in Harris Thomas from Dressing Like Bond.