It’s been a fantastic series for many reasons. This jacket is far from being a highlight but as so little has been mentioned of Will Graham’s wardrobe, I thought I’d give him a special mention here. 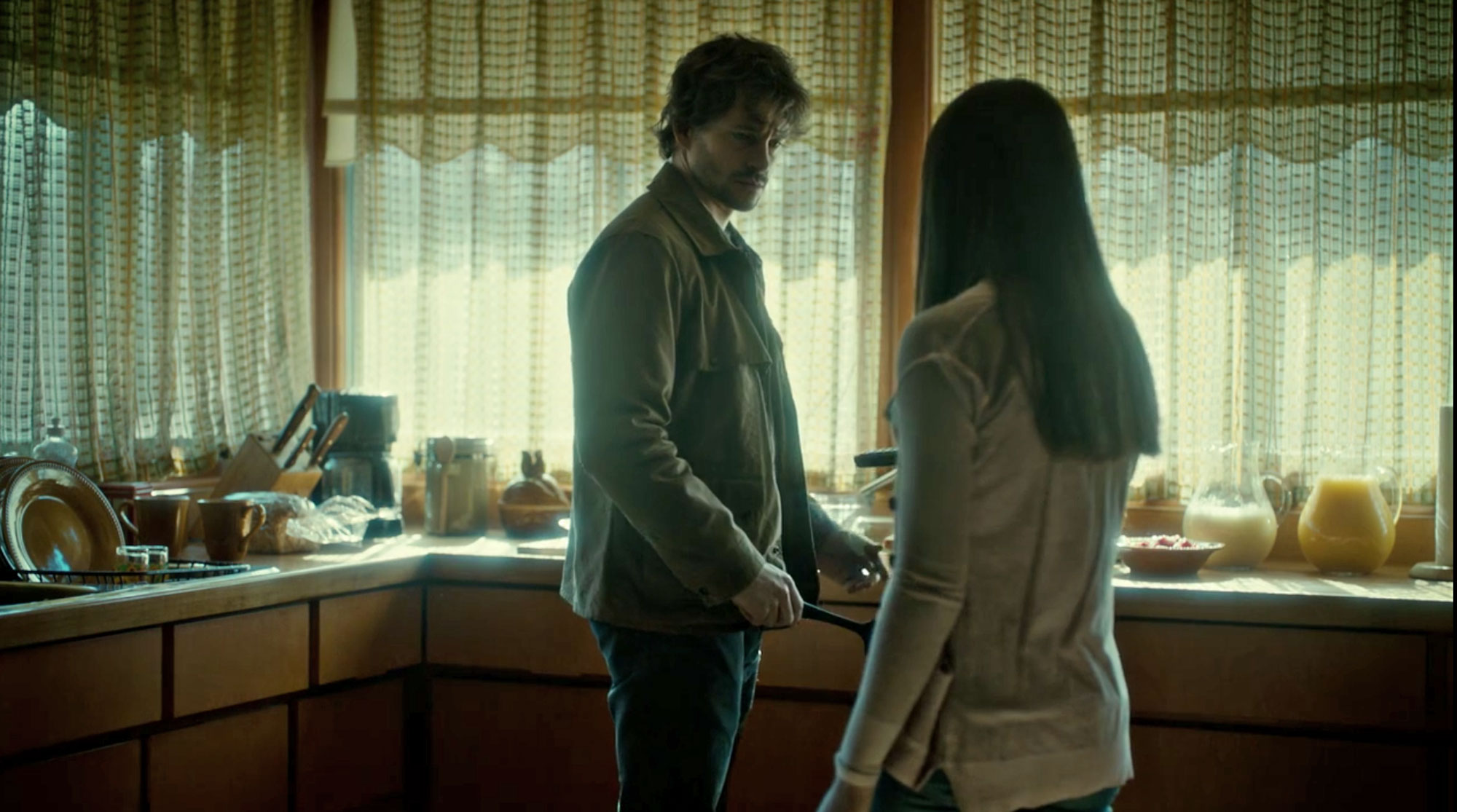 In episode 4 we see Hannibal pay a visit to Will’s home where he proceeds to investigate Will’s personal belongings. Here he pulls out a draw and finds some white socks and tee shirts, all heavily washed but clean folded neatly. Will dresses for function, not for style. He is a professor so dresses how you would expect a professor to dress. Perhaps without the bow ties and elbow pads. 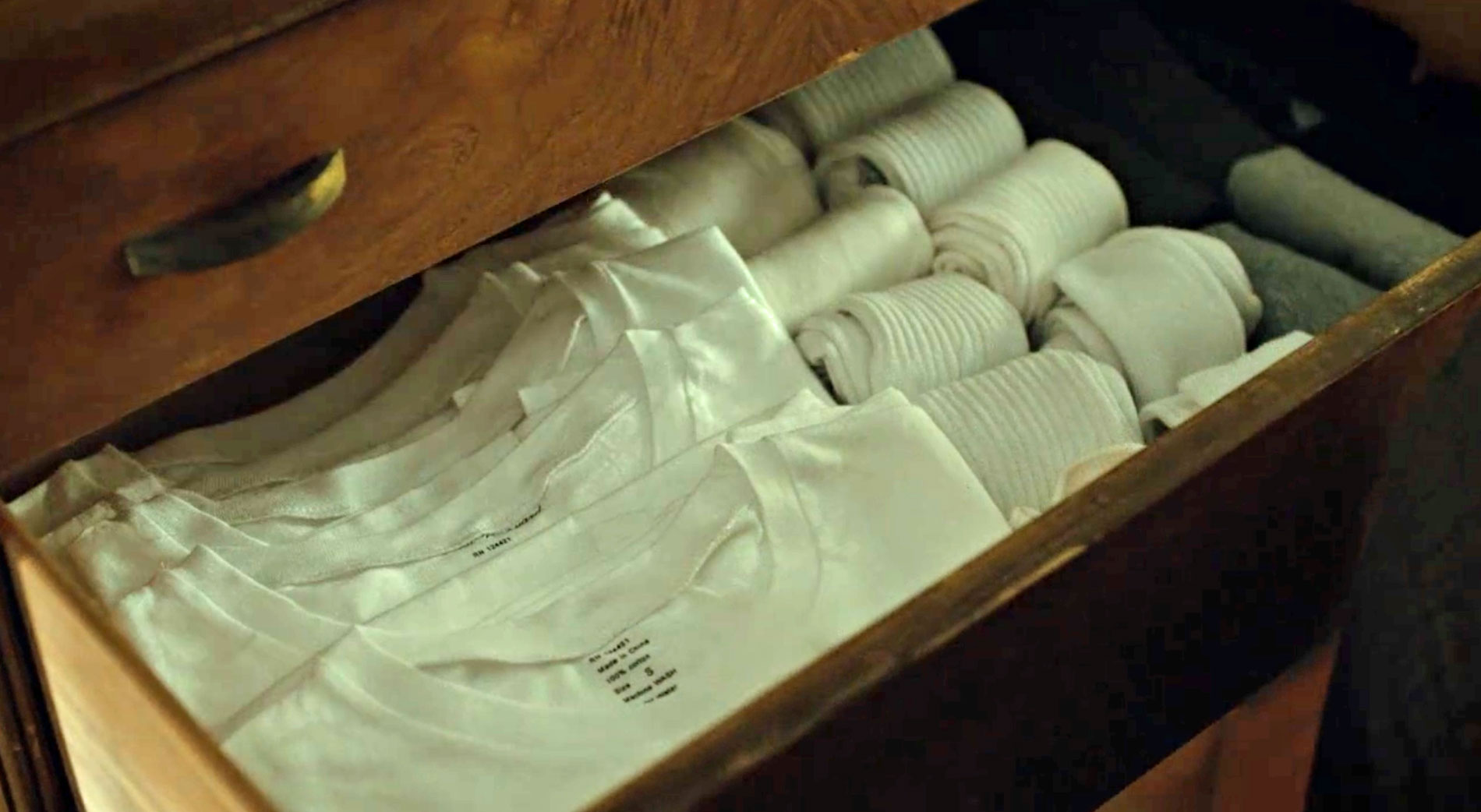 Still, Will’s wardrobe of broken collared shirts, lived in boiled-wool sweaters and sports jackets, would have needed just as much due diligence as Dr. Lecter’s emphatic suits. He doesn’t get a buttoned look once in the series.

For his penultimate scene Will Graham, played by Hugh Dancy returns to Abigail’s home with Hannibal. Thanks to the Hannibal Prop Store auction we know that Will wears a,

Halley Stevensons jacket made of thick brown waxed cotton and lined with a polyester blend material. The grey wool with a multicoloured speckled pattern sweater is by Wallace & Barnes. The J. Crew pants (size 32) are made of a slate grey corduroy fabric. 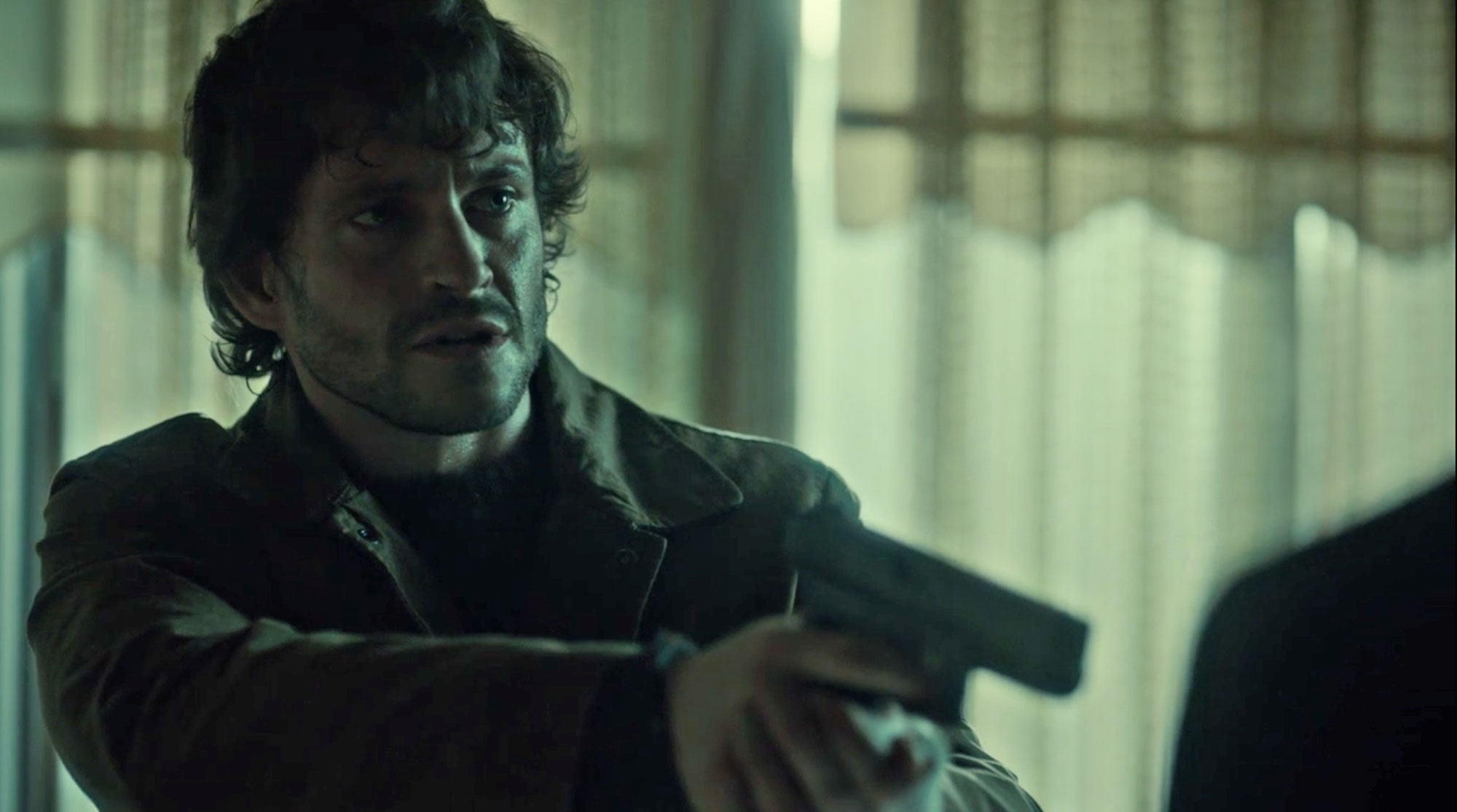 Halley Stevensons were established in 1864 and are the world’s leading manufacturers and innovators in waxed cotton and weatherproofed fabrics. Their dyeing and finishing is ‘under one roof’ based at Baltic Works in Dundee, UK.

For the final scene we have two welcome returns. The first being Hannibal’s Burberry Overcoat that we saw him wear in the previous episode when he visited Will in hospital. And the Patrick Cassidy/ Hans Zimmer song Vide Cor Meum which was written for the film Hannibal 2001. The song serenades the long, slow walk that Hannibal takes as he faces the now incarcerated and ‘criminally insane’ Will. A clever twist, and thank God there’s another series (or two) to get through. 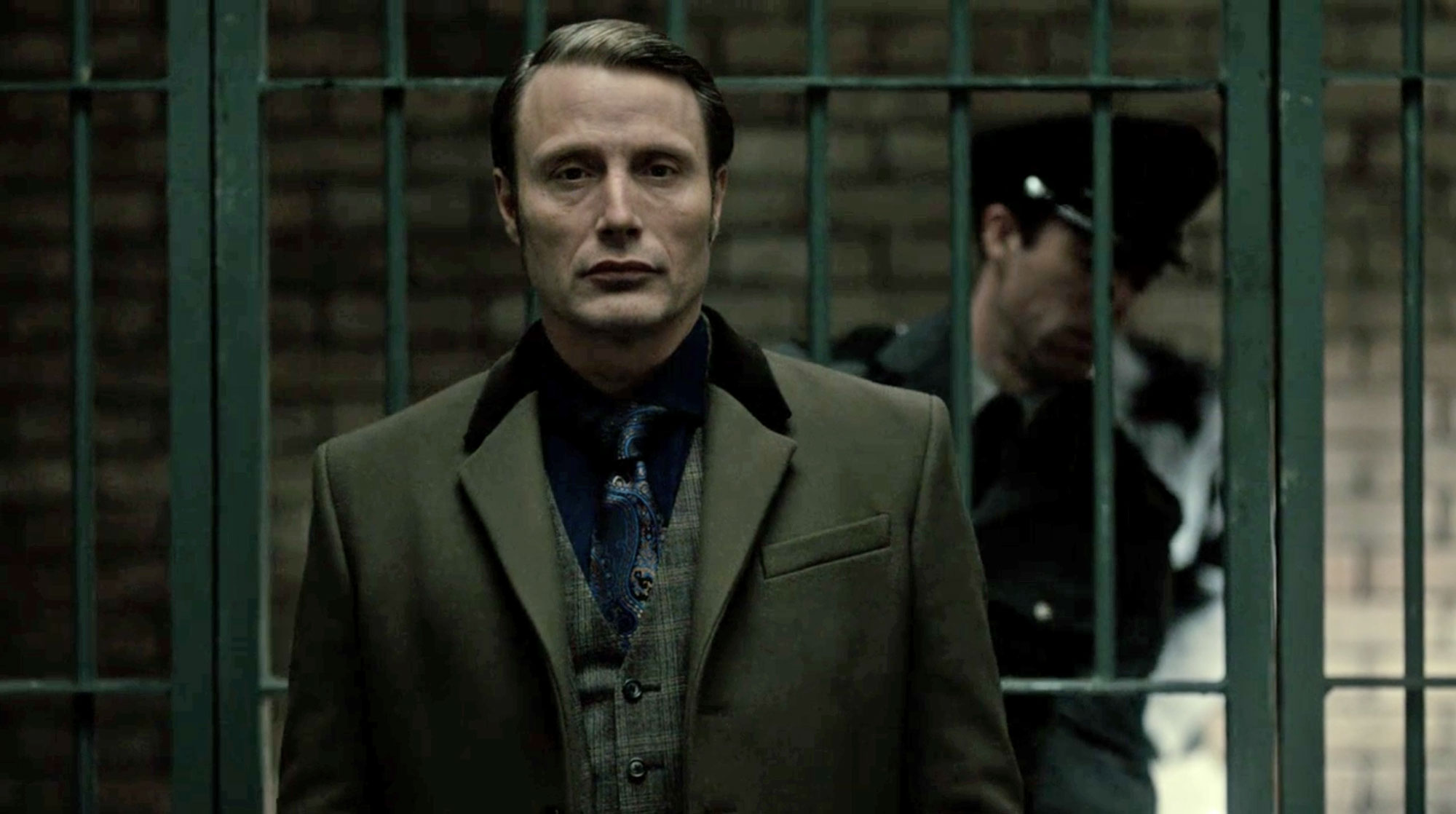