When Hannibal brings Will some chicken soup, we get a brief glimpse at his brown single breasted Burberry Overcoat. The lighting has been very dark throughout most of the interior scenes. A thick brown like this won’t make much of an announcement in this light. Still, it’s a thoughtful gift from Hannibal to bring a prepared meal. Hannibal will be acutely aware that hospital food can be quite ordinary, and whilst Will would have no cause for flowers as would be a standard gift, a square meal could be just the tonic. Perhaps if you’re visiting a friend or a loved one in hospital, a home-cooked meal as opposed to some flowers from the CO-OP, would show greater consideration. 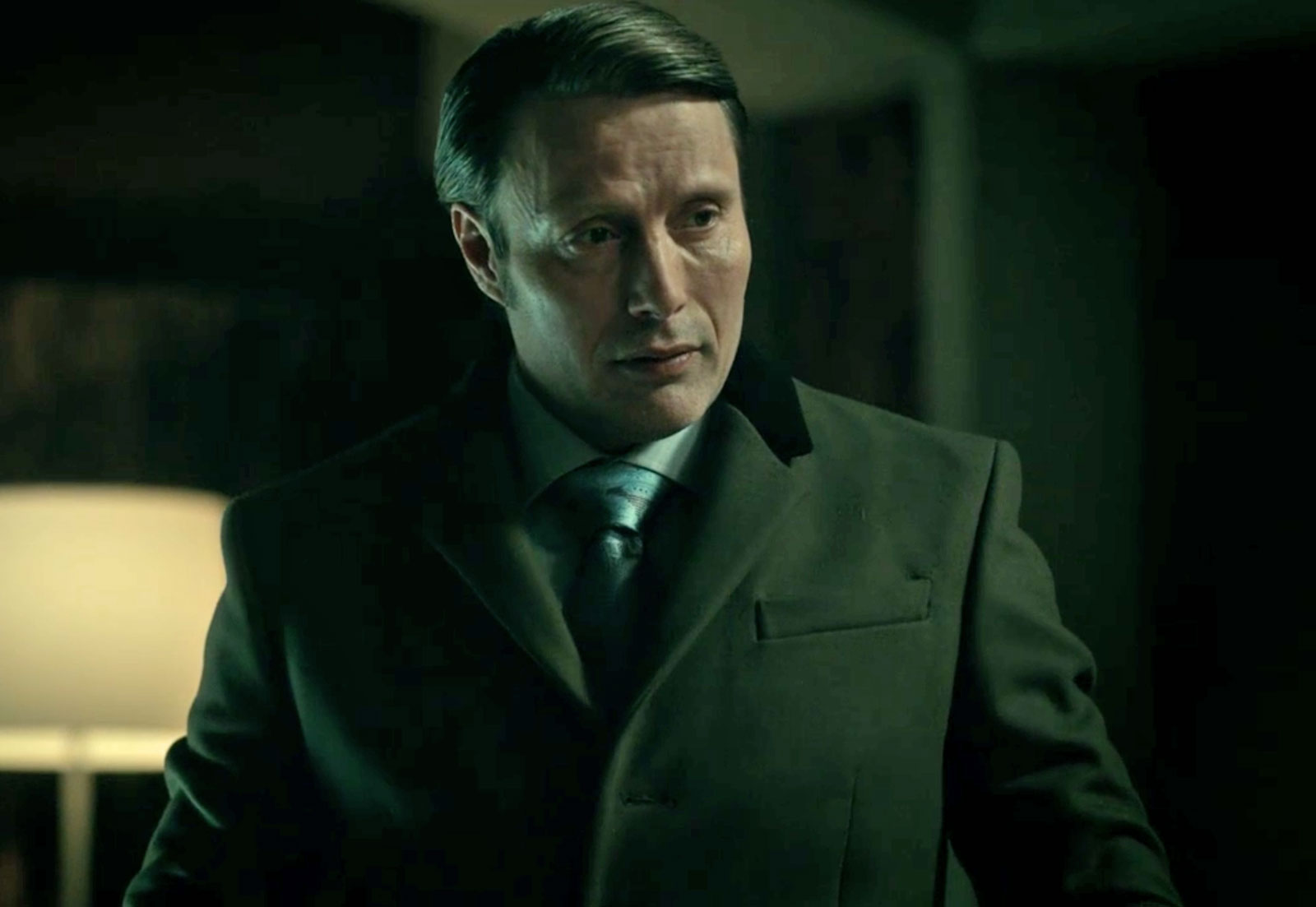 Thanks to the Hannibal Prop Store auction we know this is a,

Burberry brand overcoat (size marked 52) made of a thick brown fabric with a dark brown velvet lining at the collar.

This piece closed at auction for $900. Nothing memorable beyond the standard high brow dialogue happens so it seems like a fair proce for this piece. A new Burberry Overcoat would probably cost you in the region of £1000-1500. The fabric is more than likely a wool-cashmere blend with a viscose lining. Much like a typical 3-button burberry overcoat from their latest collection. The 4 button and the contrast velvet on the collar sets this apart, even at the risk of making it look a little dated. 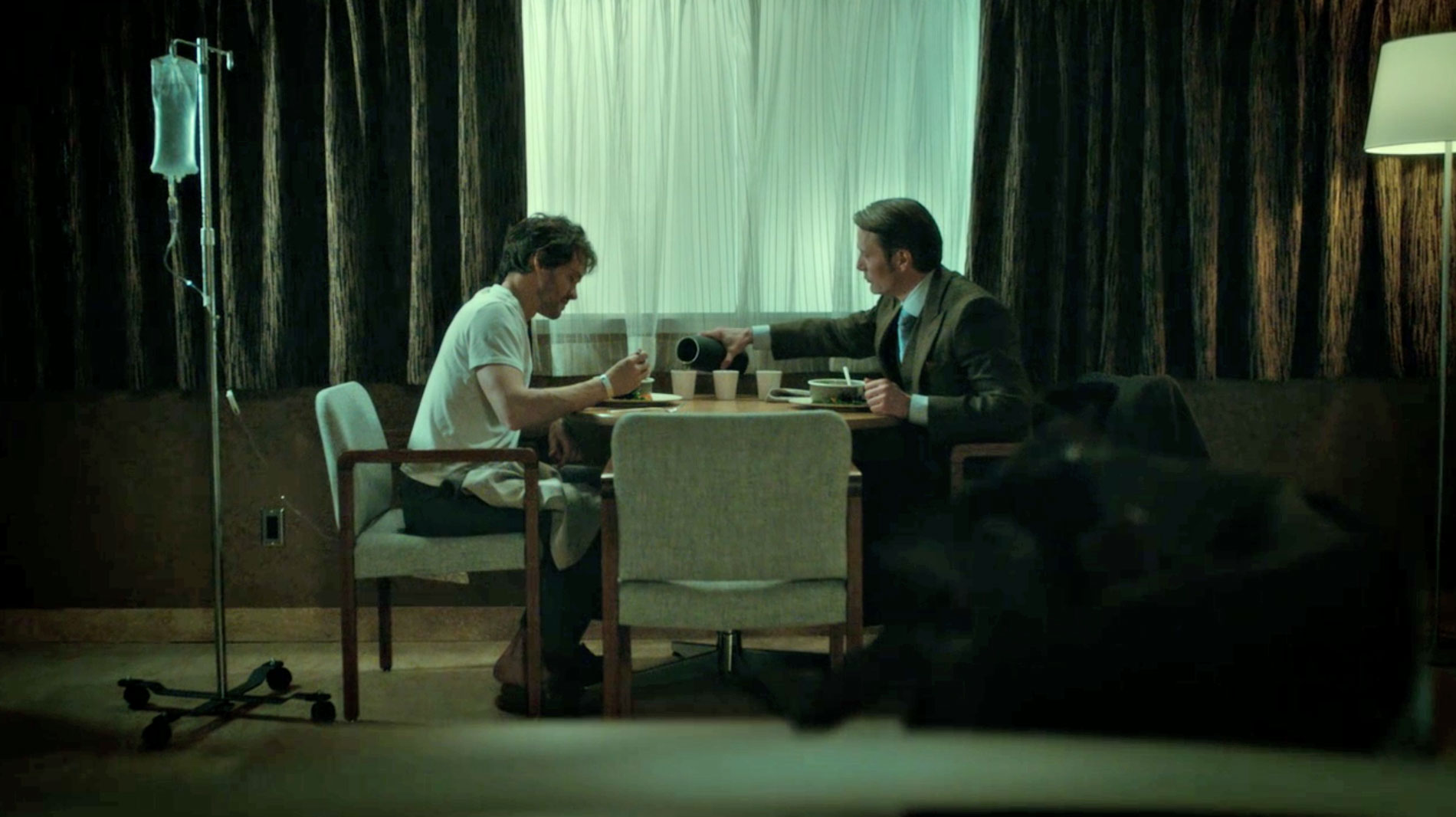 When Hannibal removes his overcoat he is wearing an olive green with blue windowpane suit that looks to be in keeping with a city tweed material. His jacket sleeves could be considered a little shorter in length than his other jackets. But he is not being showy with embroidered initials on his cuffs, fancy cufflinks or showy accoutrements. So this is a conscious choice by his coatmaker, rather than a mark of vanity.