I’ll get my coat

I love this episode. We get to see the process of how Hannibal selects his victims. When Hannibal is giving a blood sample in a flashback scene, the doctor says something out of turn that prompts Hannibal to ask for his business card for his ‘records’. That card is later selected from a jam packed rolodex and we later see Hannibal accost said doctor on the side of a road at night. 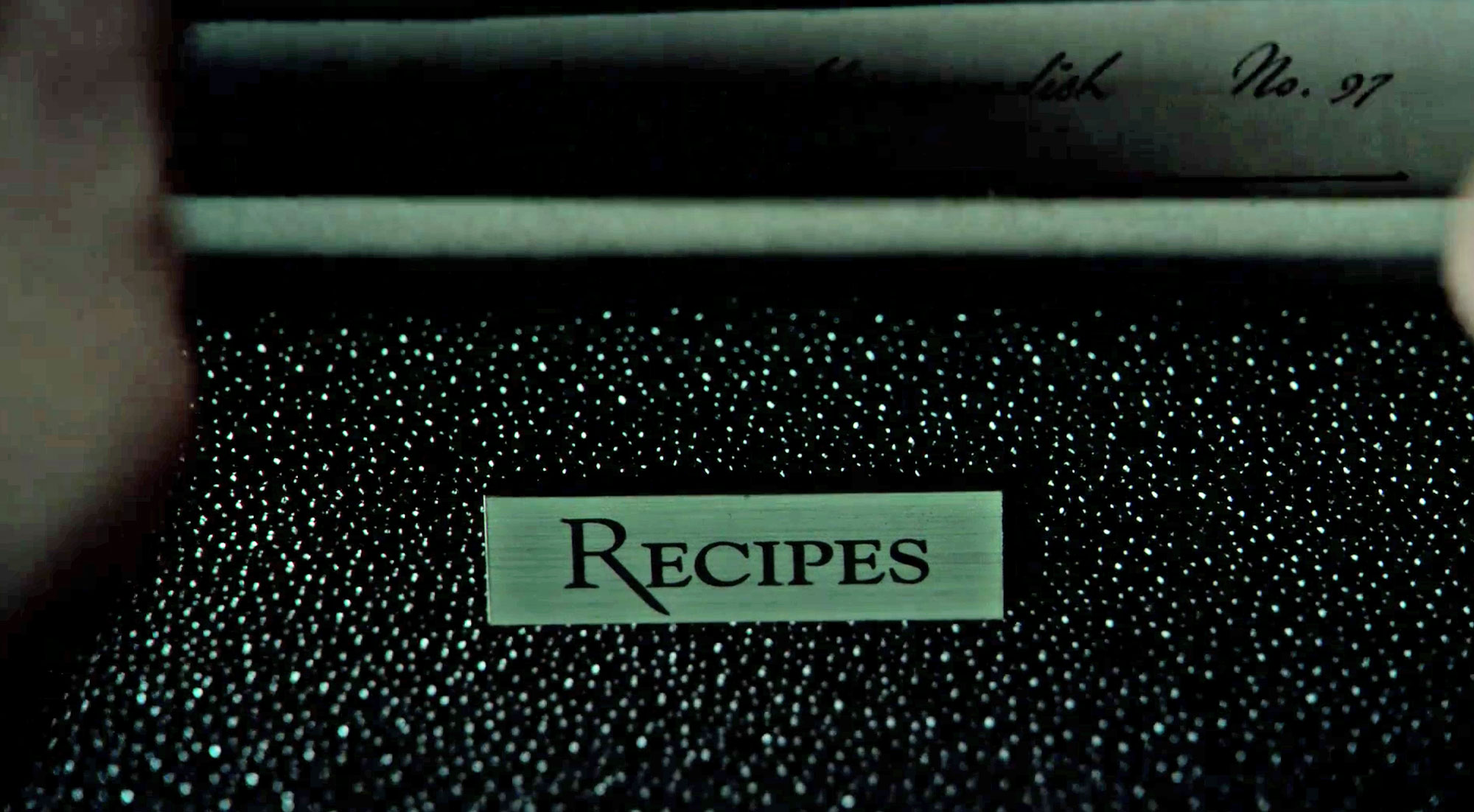 The recipe box is also fantastic and boasts 97 cards. If we are to presume that these recipes are tried and tested, then that is a significant kill count. Getting back to the Rolodex we see one card of interest from a sartorialist’s point of view. 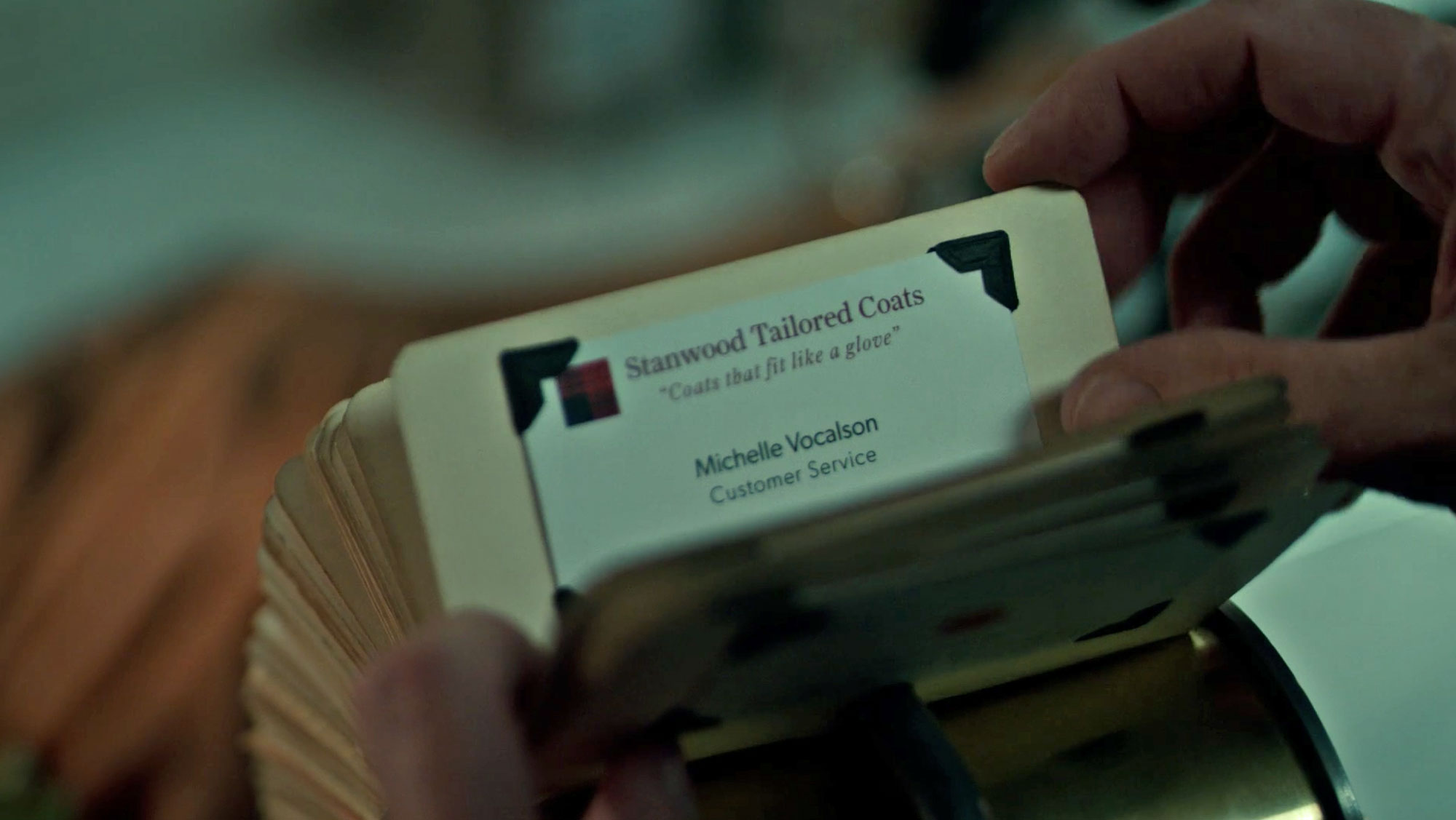 It’s not known to us whether Hannibal is or was a patron of Stanwood Tailored Coats, but we can assume he had engaged with them on some level, and that a physical interaction must have taken place (perhaps a fitting) for Hannibal to attain the card.

There is a chance that Michelle could have been perfectly pleasant, but like the a musician who might have been letting his fellow orchestra friends down by simply not being of a higher enough standard for them, (or Hannibal) she could have made Hannibal’s kill list for simply being sub-parr at customer service. Perhaps she forgot to pass on a message to the tailors about collecting a coat, or an appointment. We will never know. 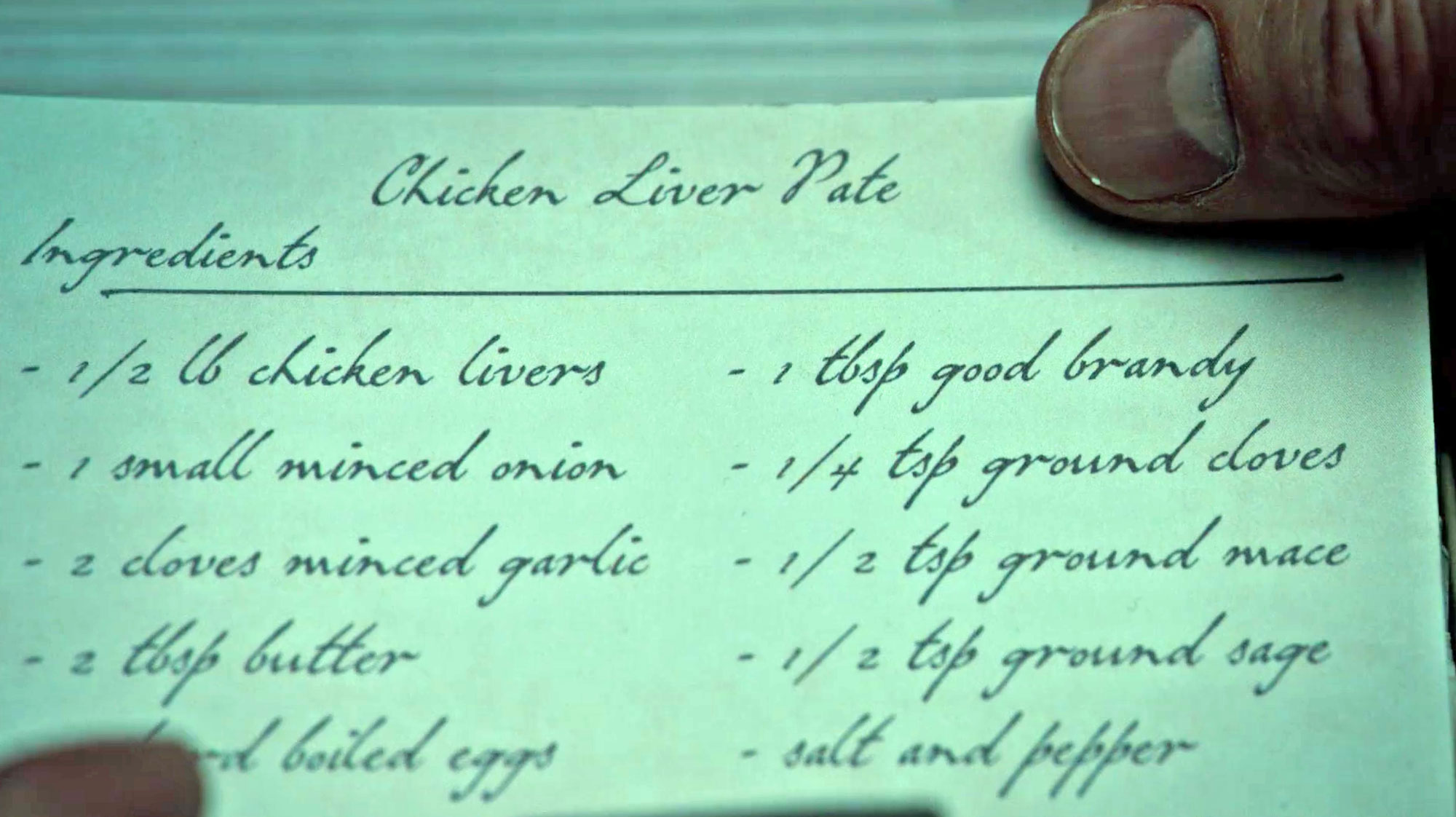 Bricks and Mortar only?

It did bring me to thinking, that would you have an Atelier especially for Tailored Coats? Indeed you have tailors that specialise in making coats, (and lets assume we are referring to the coat as the term for the suit jacket) but would they exclusively be a bricks and mortar store making only coats? Even those in the U.K that advertise themselves as Coatmakers such as Apsley Bespoke (not affiliated) will also offer ready to wear trousers and shirts.

I would also suspect that someone like Michelle might have a different title than Customer Service. Stanwood Tailored Coats is not a franchised outfit, even in a fictional world, as the card would have a more prominent logo surely? For an independent retailer you simply wouldn’t have enough in the kitty to hire someone exclusively for customer service. All sales assistants or shopkeepers would handle their own Customer Service. 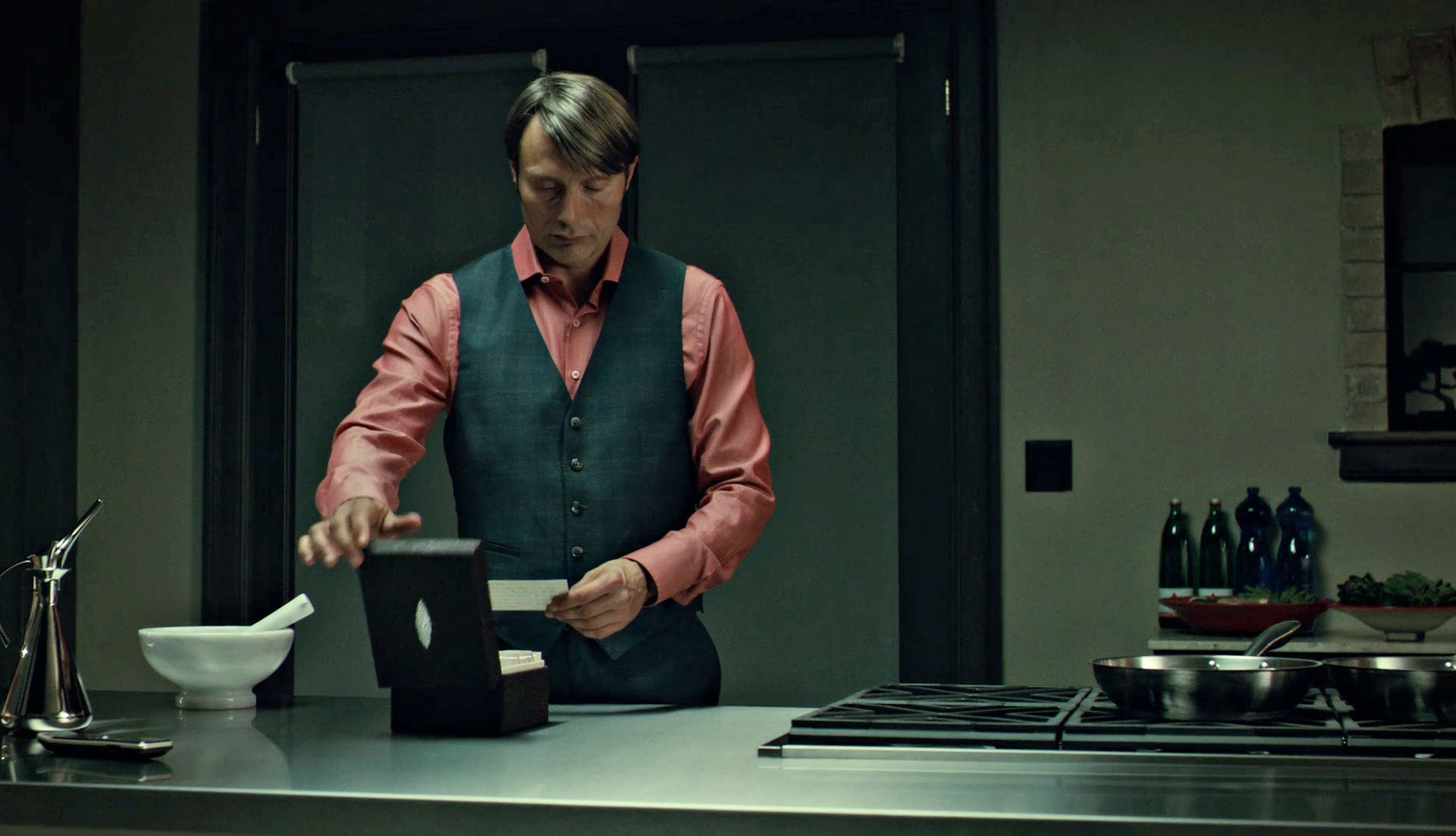 It’s a technicality, and you might be thinking, who gives a shit? But this is a section of the blog where I like to learn on the job. You’ll notice I’m not sharing these posts or asking for engagement. I’ve found the Hannibal series entertaining, a decent study, and a good place to learn more about all aspects of menswear, anatomy and formality.

Anyway, this was the best montage of the series yet. Perhaps I’ll focus more on the suits from this episode in a future post. We didn’t get a great look at the dinner suit Hannibal wore to the opera earlier in the episode, but this wine pinstripe suit with matching wine and polka dot shirt is a banger. The tie is a silk Canali tie with a deep purple with teal paisley embroidery. As described by the auction on Prop Store. 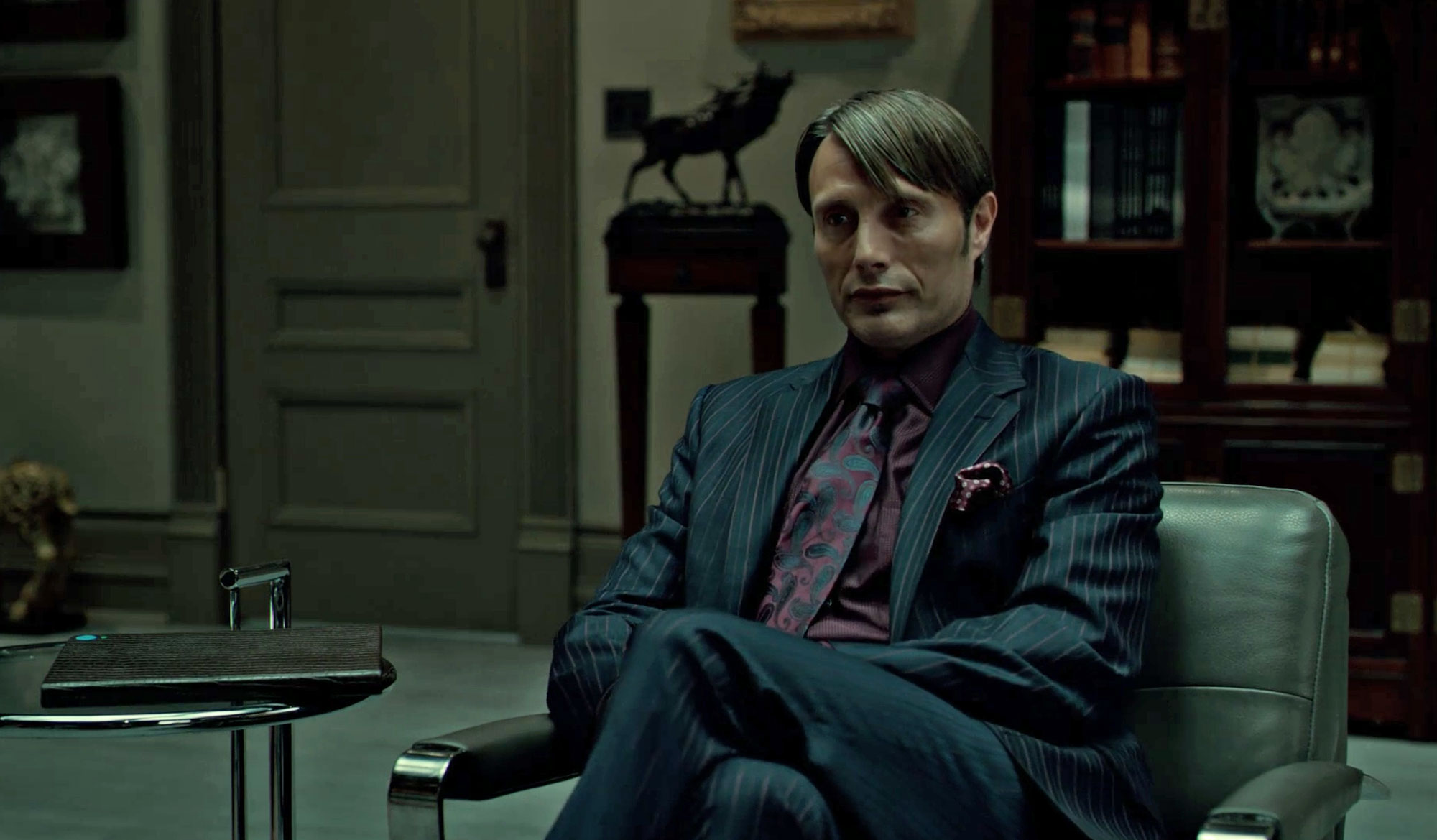