The No Time To Die N.Peal Combat Trousers for a Visit to Safin’s Lair

For the final act of No Time To Die we see Daniel Craig incept Safin’s lair with fellow 00 Nomi. Whilst the news is now mainstream that N.Peal made these trousers, it should be said that it was only revealed to the public weeks before the final release. And it came as quite a surprise as N.Peal are not commonly known for trouser making. 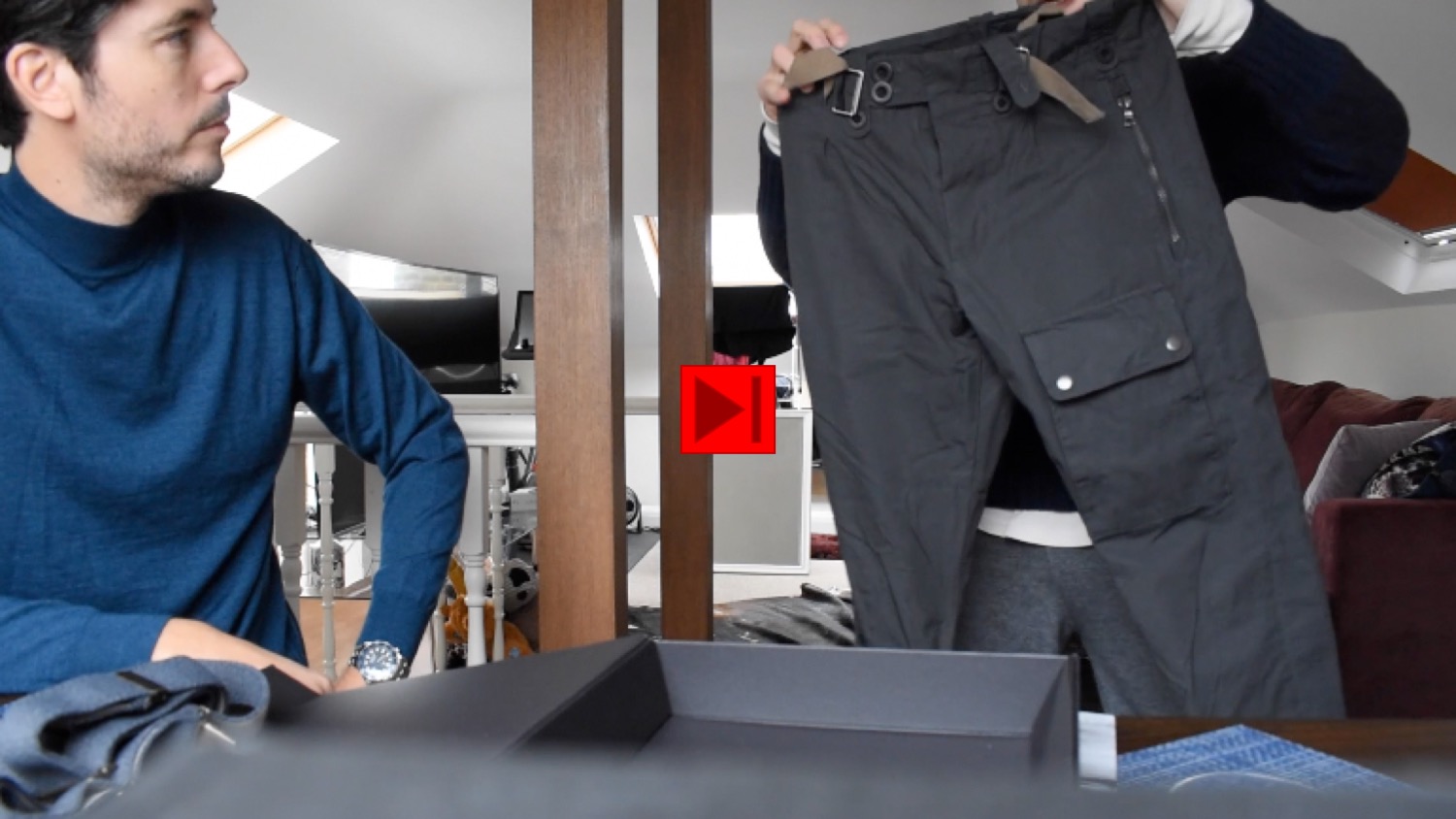 The entire ensemble sees James Bond wear Danner Boots, the Omega Seamaster, N.Peal Braces, a Rag & Bone White Henley and a navy military sweater, also by N.Peal. For sizing information I was gifted a size extra small and they fit perfectly. The leg is one seize fits all. 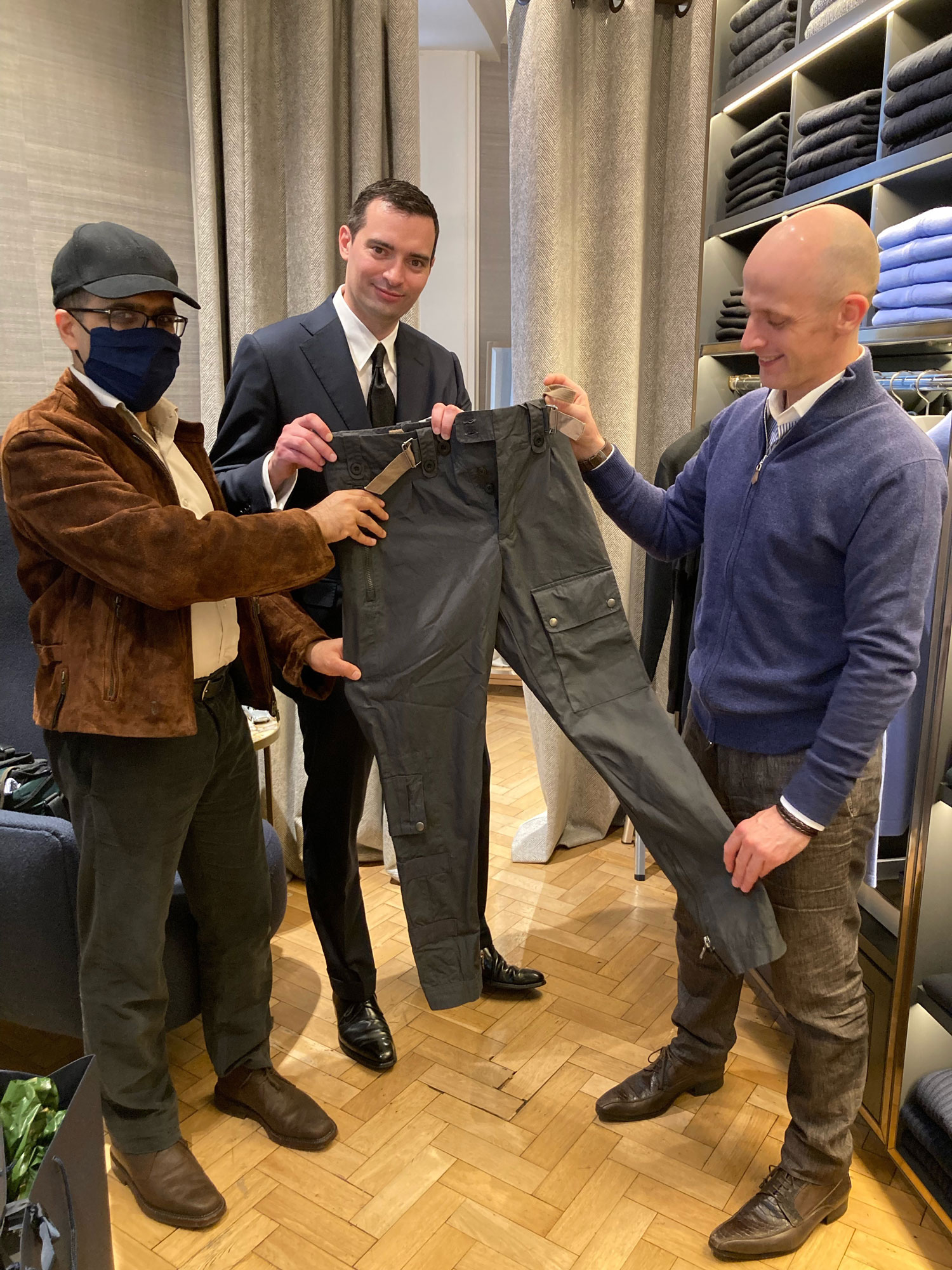 I’m currently a size 30-31 waist. If you’re unsure on whether the extra small would be too tight, buy a small as they have plenty of fastens and of course, braces. (Braces I paid 45 GBP) I was told the braces were sewn on to the combat trousers for the purpose of filming, which makes sense. 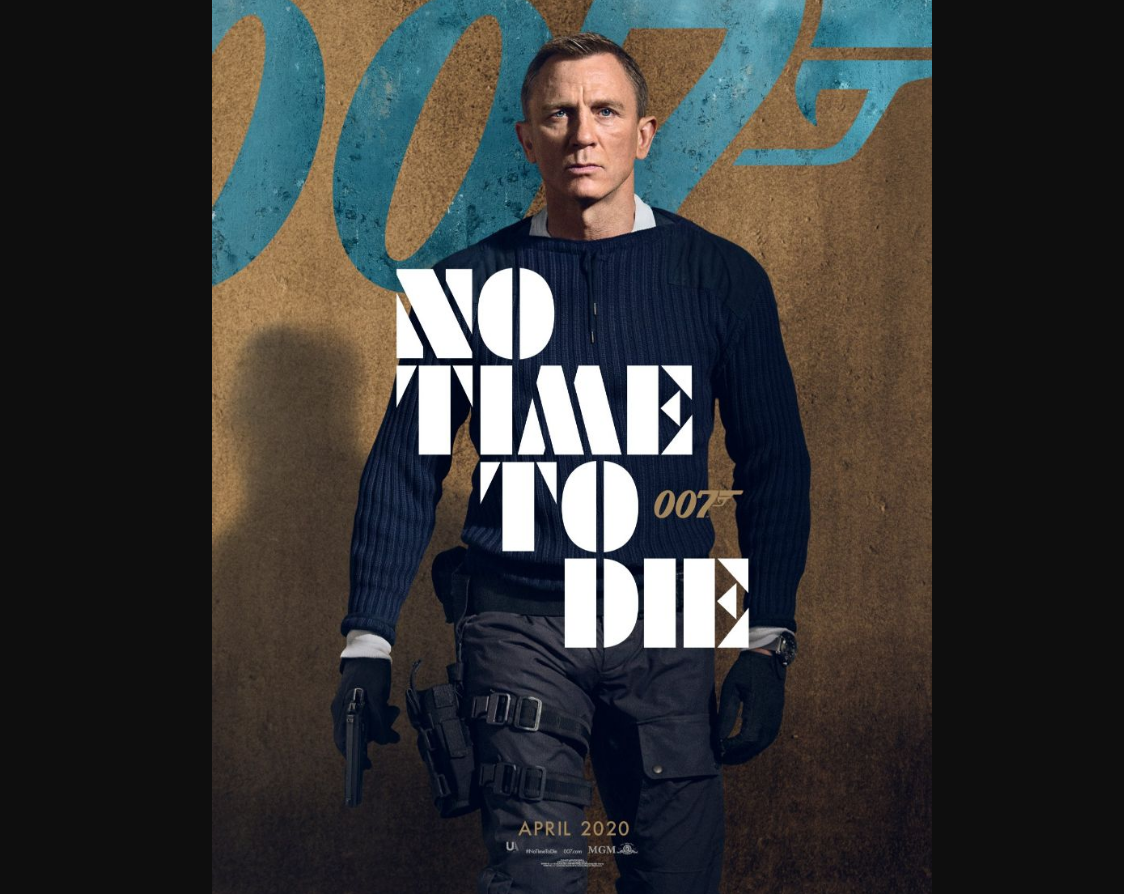 I have done an unboxing and mini style advice review on the Vlog, click image above. However, you should really check out the review by David Zaritsky on The Bond Experience for a comprehensive study. In an interview for the official 007 Podcast, Daniel Craig spoke about the trousers to James King,

**In a follow up King asked, ‘What were the things you have to get exactly right about?’ To which Craig quipped, ‘My arse needs to look good in them.’

Learn more about the style of James Bond, including an interview with Adam Holdsworth Managing Director of N.Peal, in our book From Tailors With Love: An Evolution of Menswear Through the Bond Films. Available on Amazon.

The NTTD collection is currently available to buy on the N.Peal Site. I’ll add more photos to this review and comments over time. 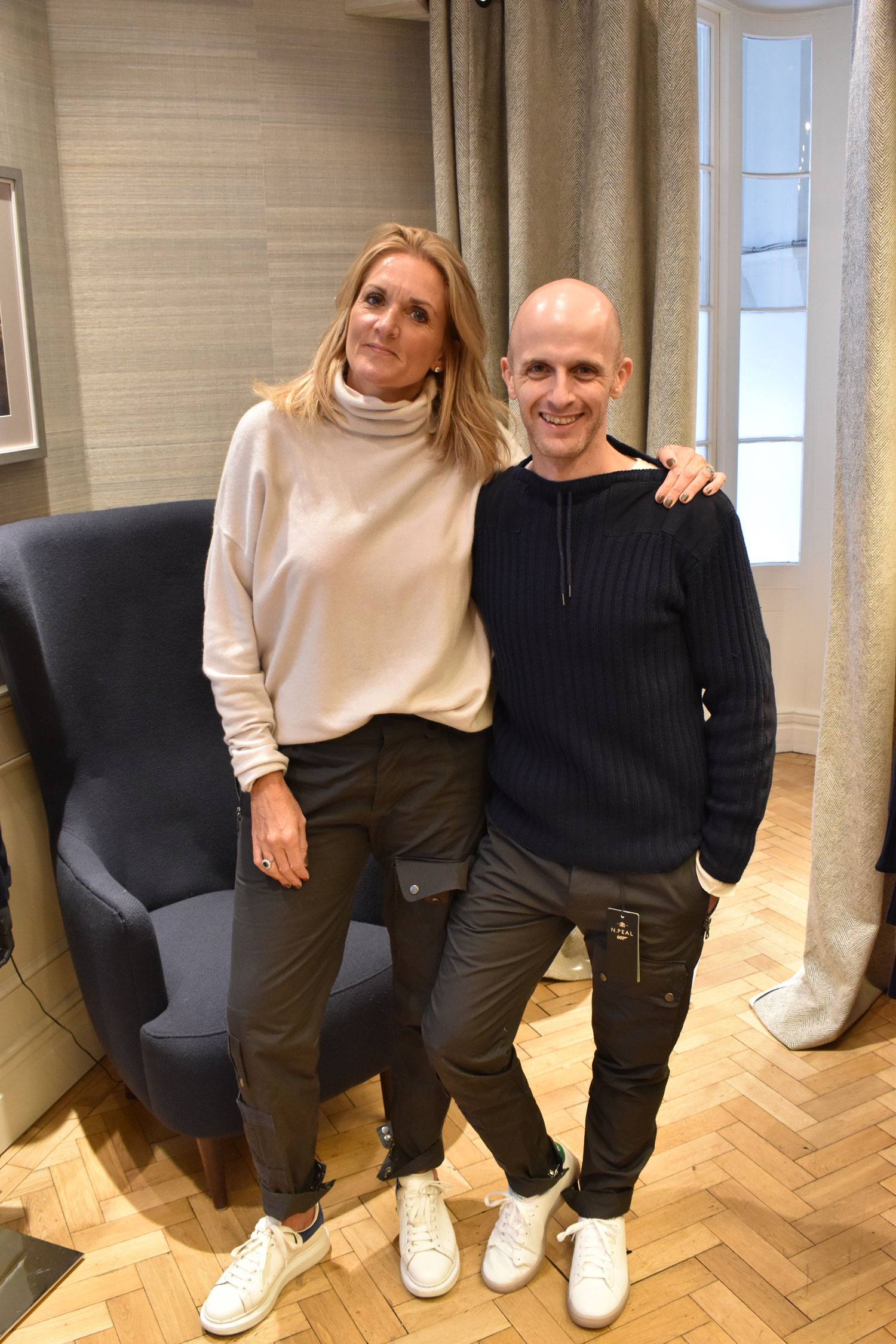 Me in the N.Peal Burlington Arcade store with Kirsty Holdsworth

From Tailors With Love. In colour, with Rex Hamilton as Abraham Lincoln. Guest Starring Roger the disruptive Cockapoo.