N.Peal Navy Ribbed Army Sweater from No Time to Die

Today I’m going to present to you a quick video, unboxing and sizing guide for the N.Peal Navy Ribbed Army Sweater as seen on Daniel Craig in No Time to Die. For those that signed up for the newsletter you would have already seen the unboxing in its raw form. If you’ve missed that then please subscribe to the YouTube channel below. I’ve done an official unboxing video with some extra bits describing the fit and differences between a real military sweater.

The Official No Time To Die sweater

This sweater was designed by N.Peal and the costume designer for No Time to Die Suttirat Anne Larlab and there is a nice quote from here on the N.Peal site that you can see below. The No Time to Die Sweater is available for 345 GBP and you can purchase through this link here.

Learn more about the style of James Bond, including an interview with Adam Holdsworth Managing Director of N.Peal, in our book From Tailors With Love: An Evolution of Menswear Through the Bond Films. Available on Amazon. 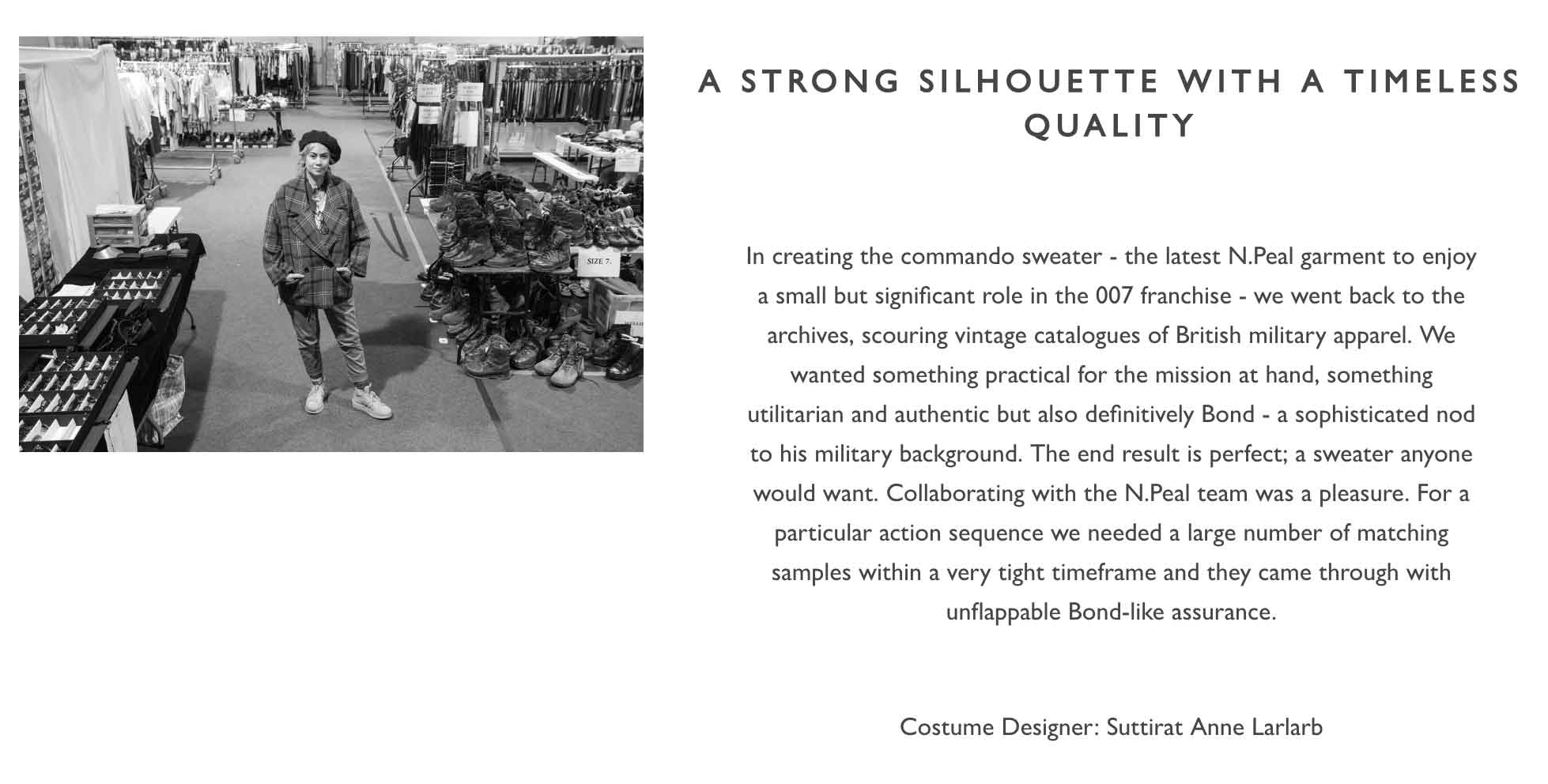 About the costumes of No Time To Die, EON Producer Barbara Broccoli said to James King when being interviewed for the official 007 podcast,

And Daniel, of course, looks so magnificent in everything. It’s a challenge (with) the costumes because they have to be durable, they have to look good when you’re running. And when you’re jumping, when you’re climbing, and we’ve got to make multiples, obviously, because he’ll go in the water and be underwater or be wet. We have certain stunt doubles that have to be fitted and harnesses and things like that.

So it’s a massive undertaking to get things to look really good under all of those circumstances. And we had a phenomenal designer Suttirat and she was just amazing, her whole team. Really paid attention to details and got the most magnificent, I think costumes for all of the characters. 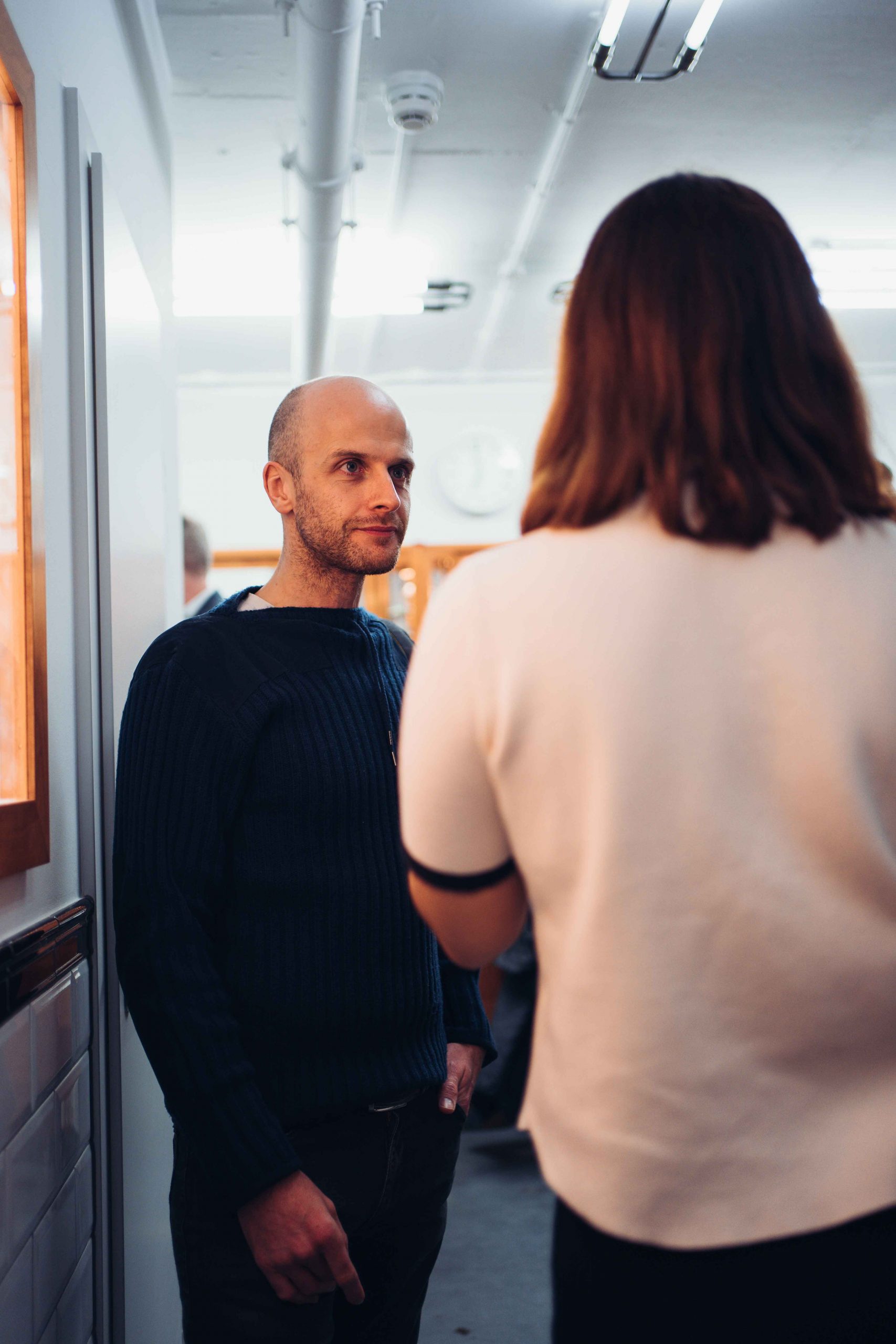 me at the MUHLE press event in Carnaby St

Talking to Amy from The Guardian. This is the first time its been worn out in public. I’m feeling very confident and the belle of the ball wearing this jumper. It’s already had multiple compliments and some rather envious looks from fellow bloggers.

I did meet one guy who wasn’t a fan. He said he could never see Bond wearing a jumper like this. He didn’t have much of a retort when I showed him a photo on my phone of Daniel Craig wearing it on the No Time to Die poster. 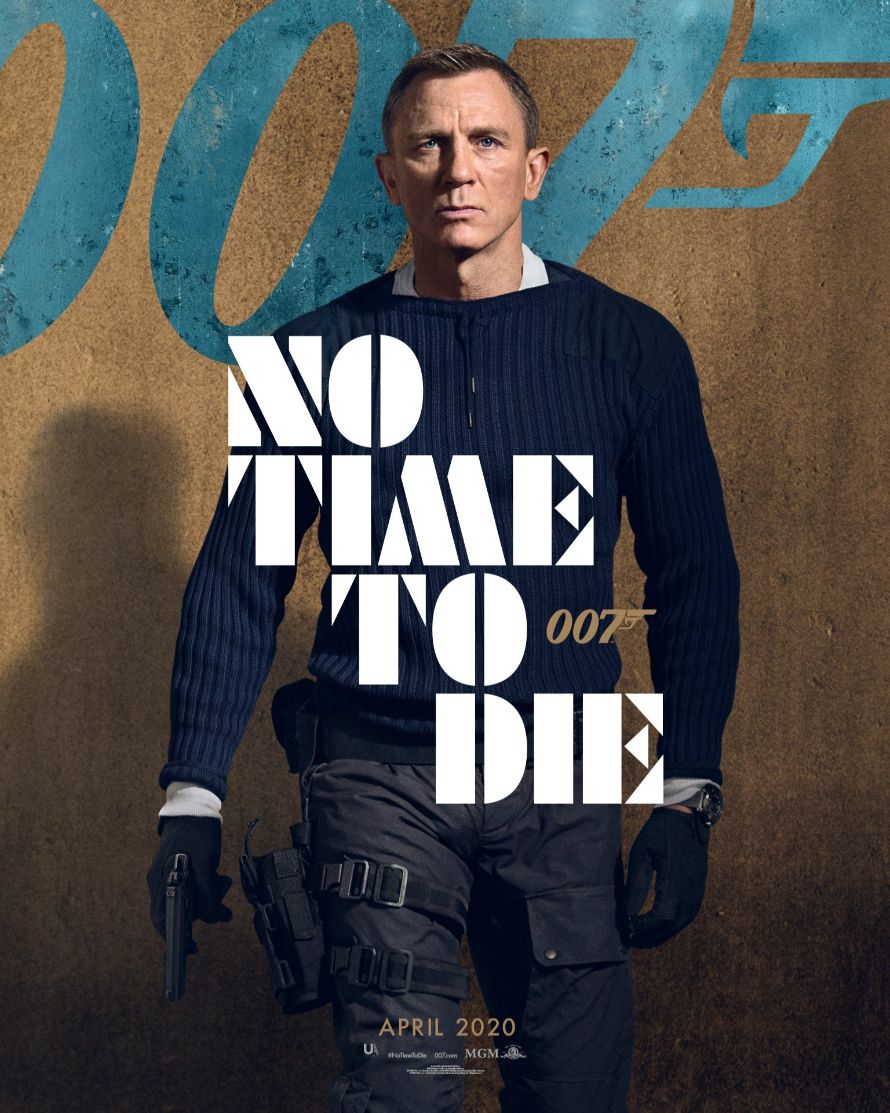 And just a word Military Sweaters in general I’m going to lift a message I saw on the FlemingNeverDies instagram account ran by Thomas Felix Creighton who was amongst other things a Midshipman in a University Royal Navy Unit. 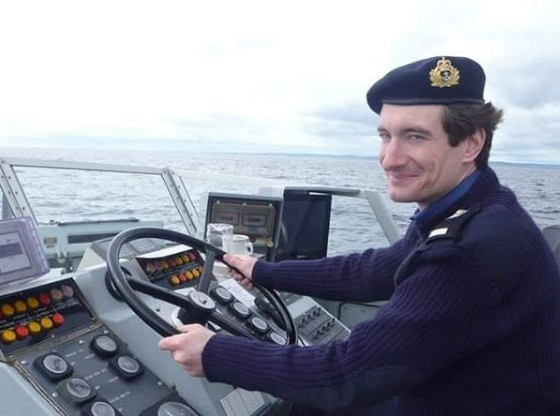 A major difference between the N. Peal jumper and mine is the fabric. Mine is specially treated to be fire-resistant, as that’s the biggest danger on a modern Naval vessel.

The civilian jumper looks very luxurious by comparison, and likely feels a lot better against the skin. Obviously, the neckline is different also, but the civilian version draws upon a lot of Naval tradition, so I can see any ex-RNR officer wearing one. Perhaps I’ll even get one too!

Thank you for your service sir.

Lastly you should know that this army sweater is also unisex, and there is a comprehensive sizing guide on the website. 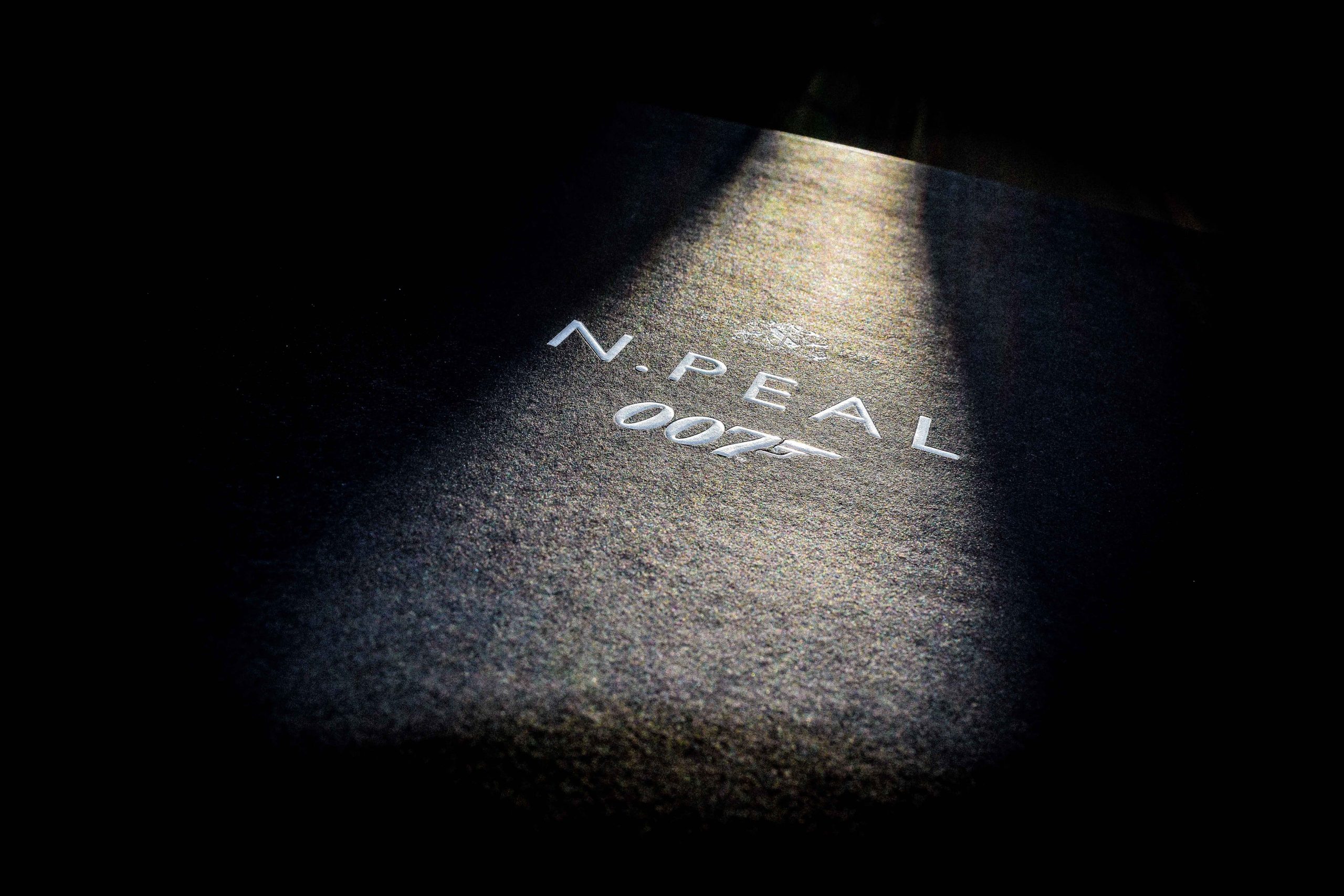 Unboxing – there are no more shadows 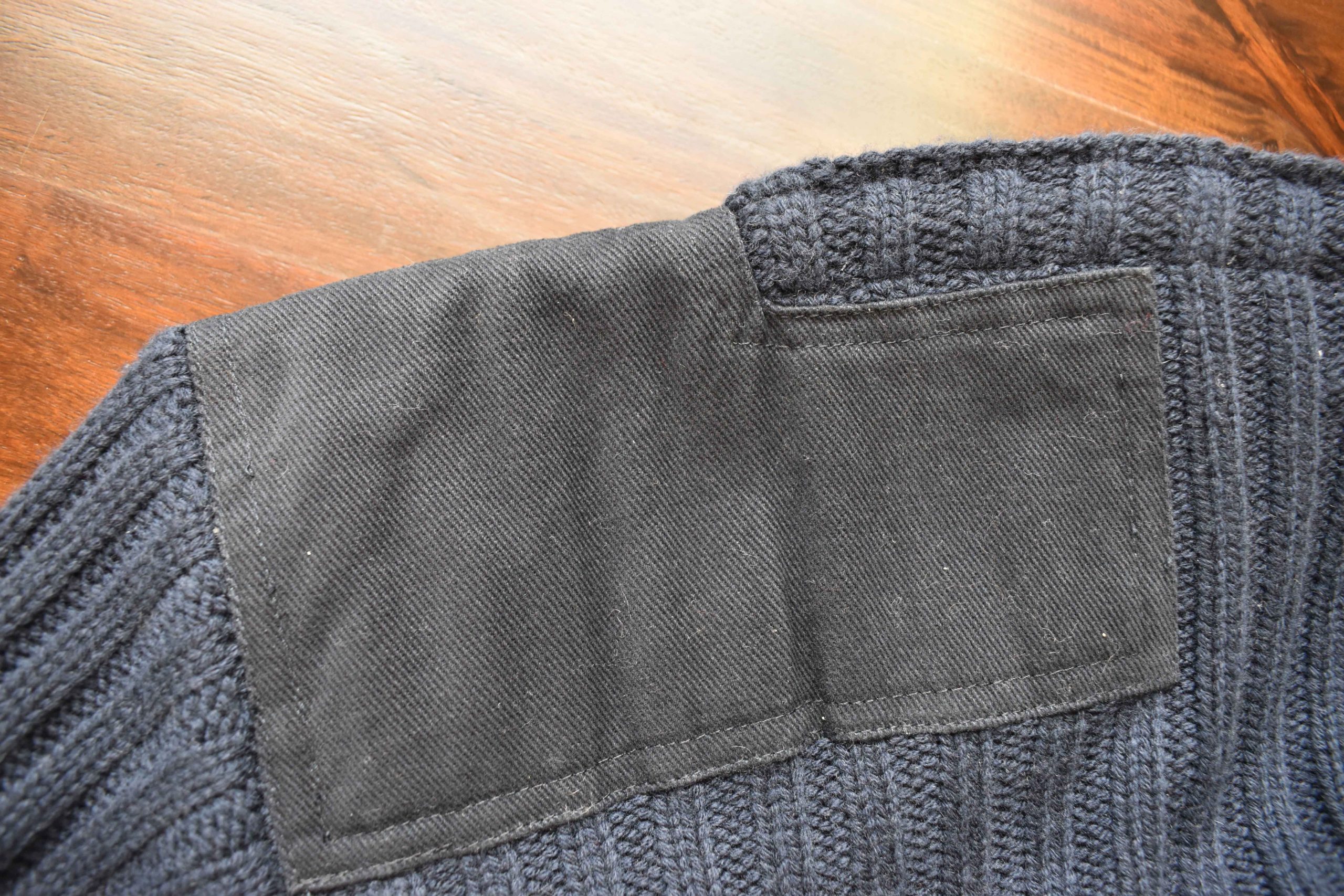 How many were made?

From an interview by Stephen Doig, Adam Holdsworth owner and creative director says,

There’s an absolutely meticulous level of attention to detail. We had to apply taping to the neck and elbow patches to reinforce and strengthen the sweater, and it was clear they wanted very robust, military-focused knitwear. It had to be very figure-hugging, we made around 30 in the end. 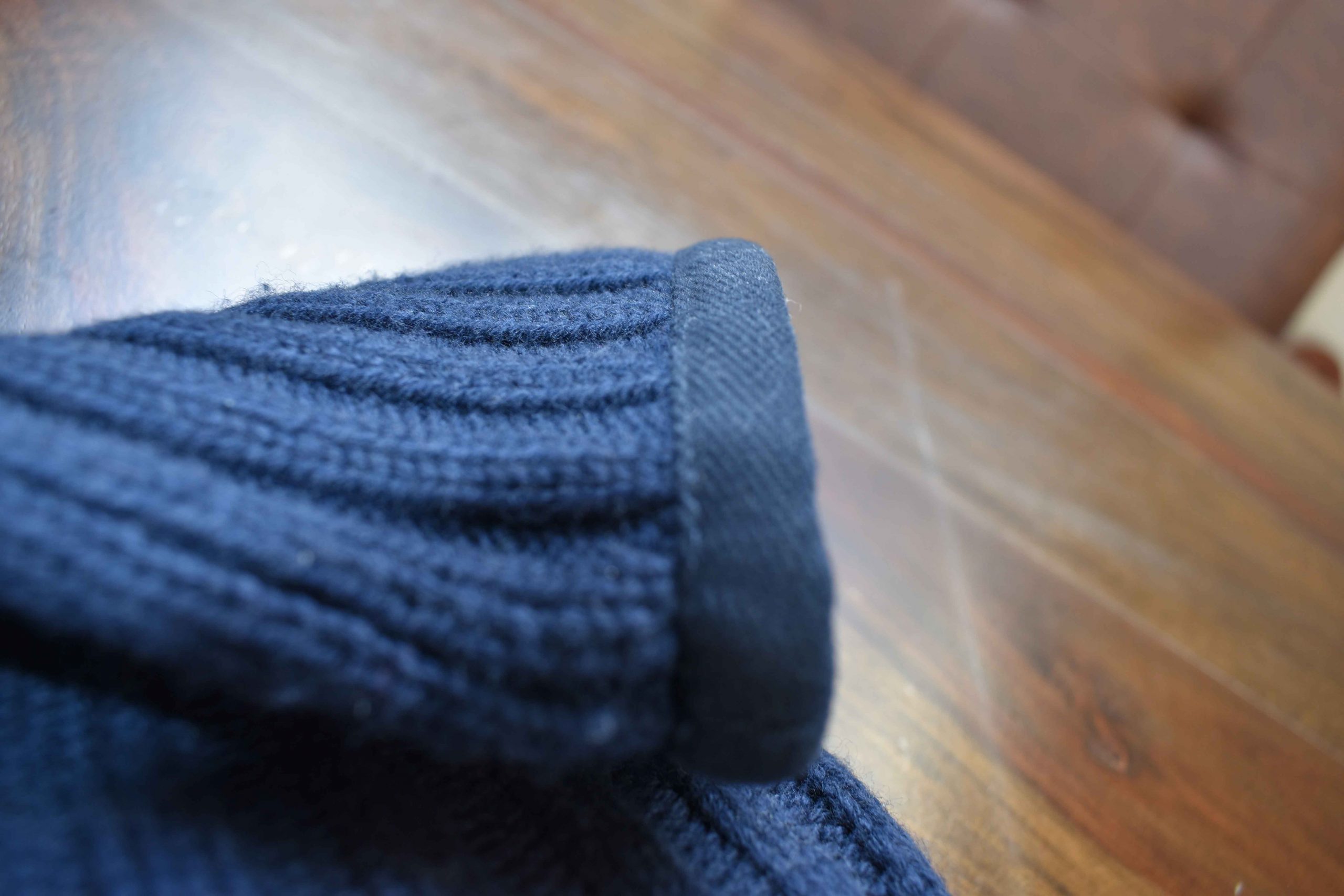 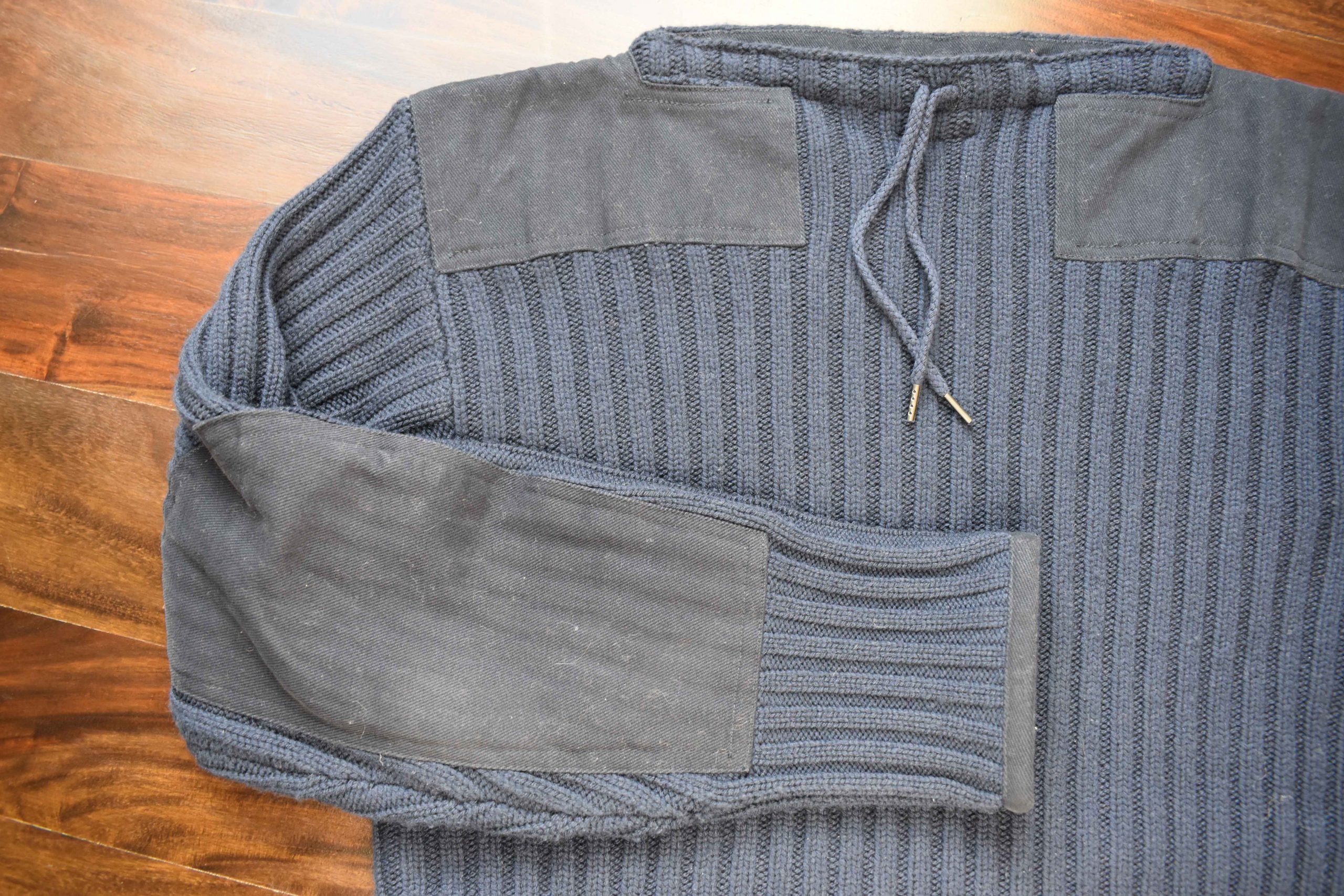 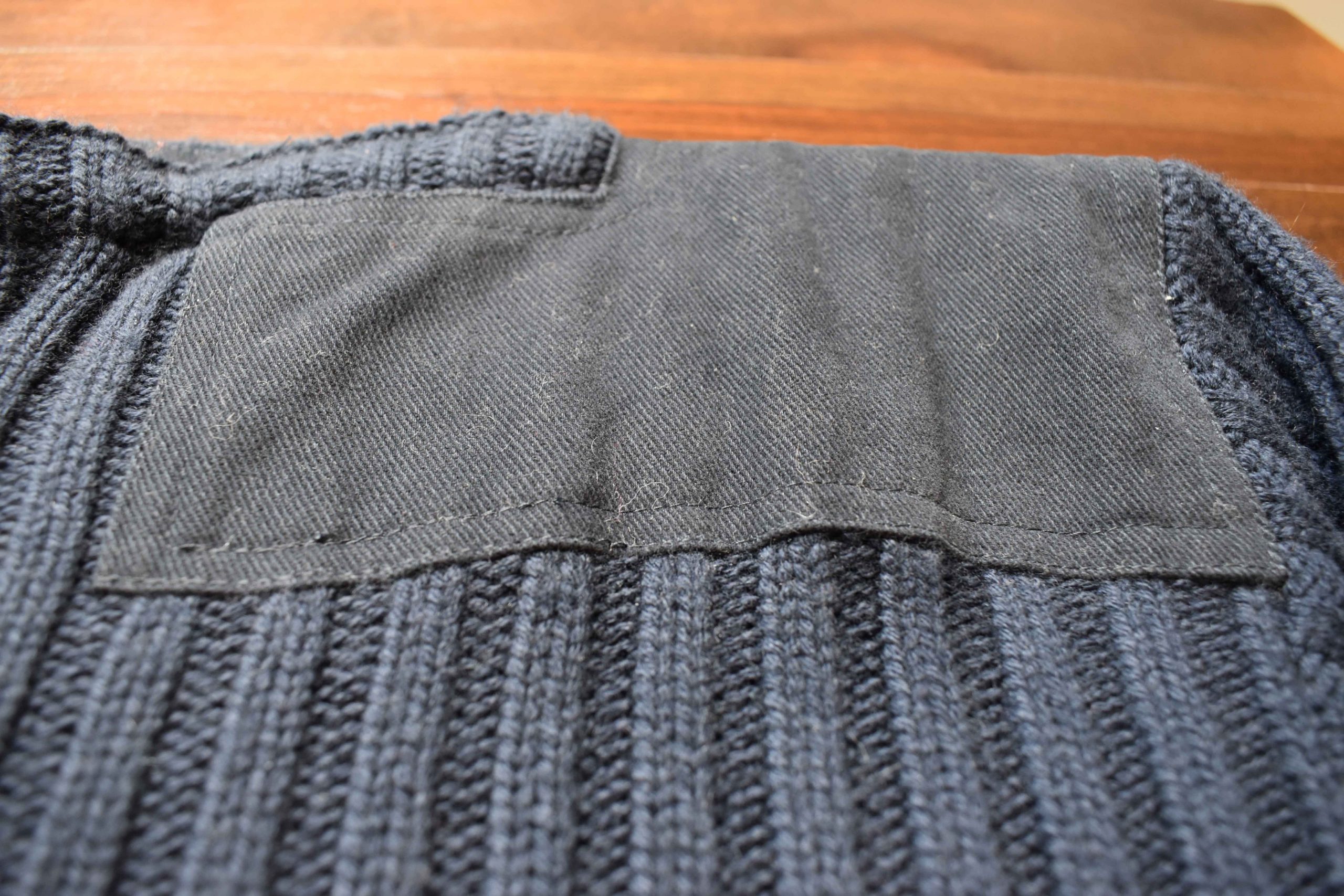 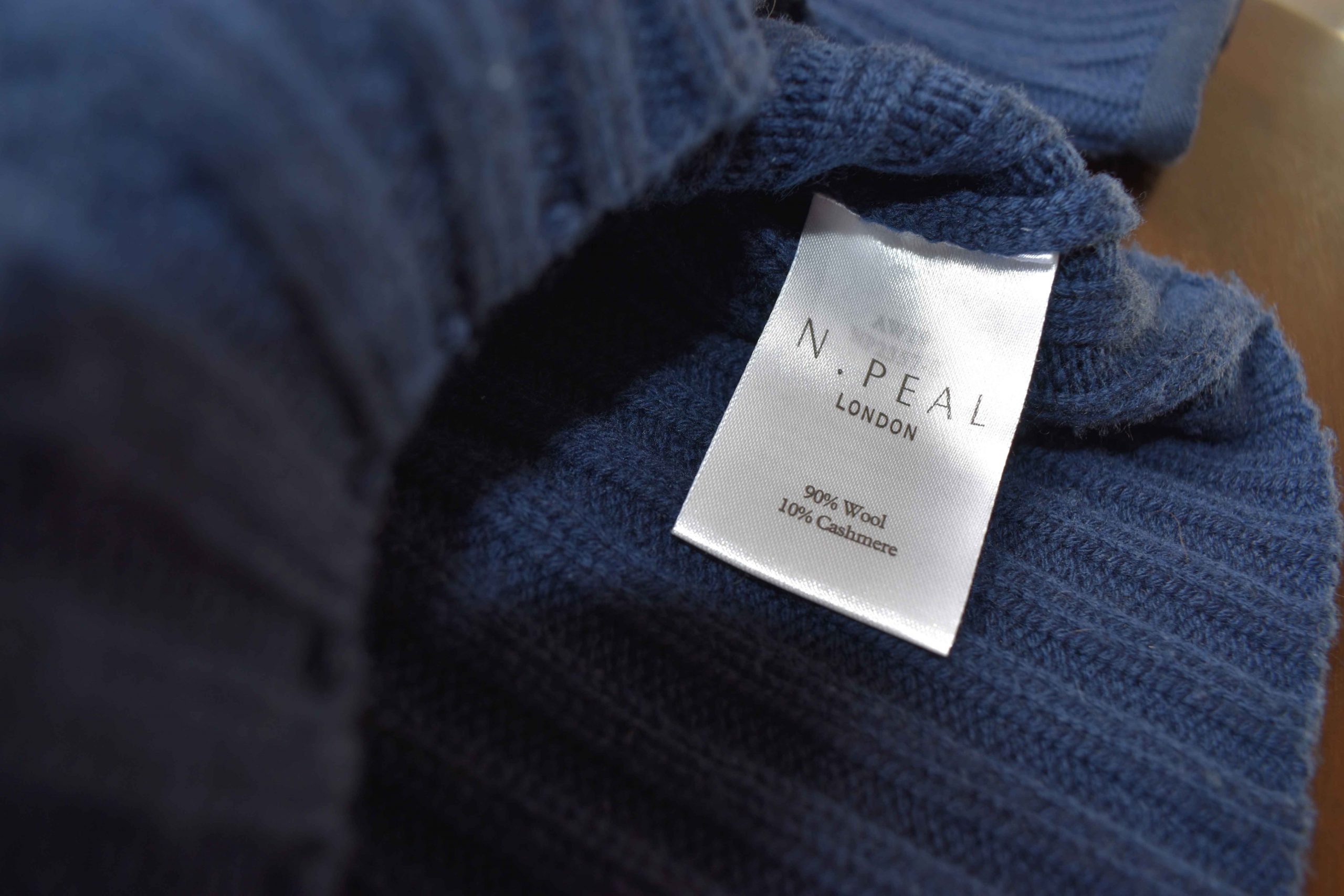