The Matchless Suede Blouson from Spectre (the Morocco Jacket) | Review

Originally this Matchless Suede Blouson that James Bond wore to Morocco in Spectre, was part of a limited run of 700. I got number 20, which if I remember correctly sold out fairly quickly. Later on, Matchless released them for general sale, with different colour and fabric options.

The jacket itself is nice, it’s a slim fit light suede jacket, it has two pockets on the front for your hand with a popper fastening, an internal left breast pocket for your phone or wallet and a collar that you can stick up or have down.

I like the fact that Matchless have put some wire in the collar that allows the wearer to mould the desired shape. There is also the Matchless ‘M’ logo on the top of the left arm. This wasn’t on the version that Bond wore, but is still a feature on these jackets now. 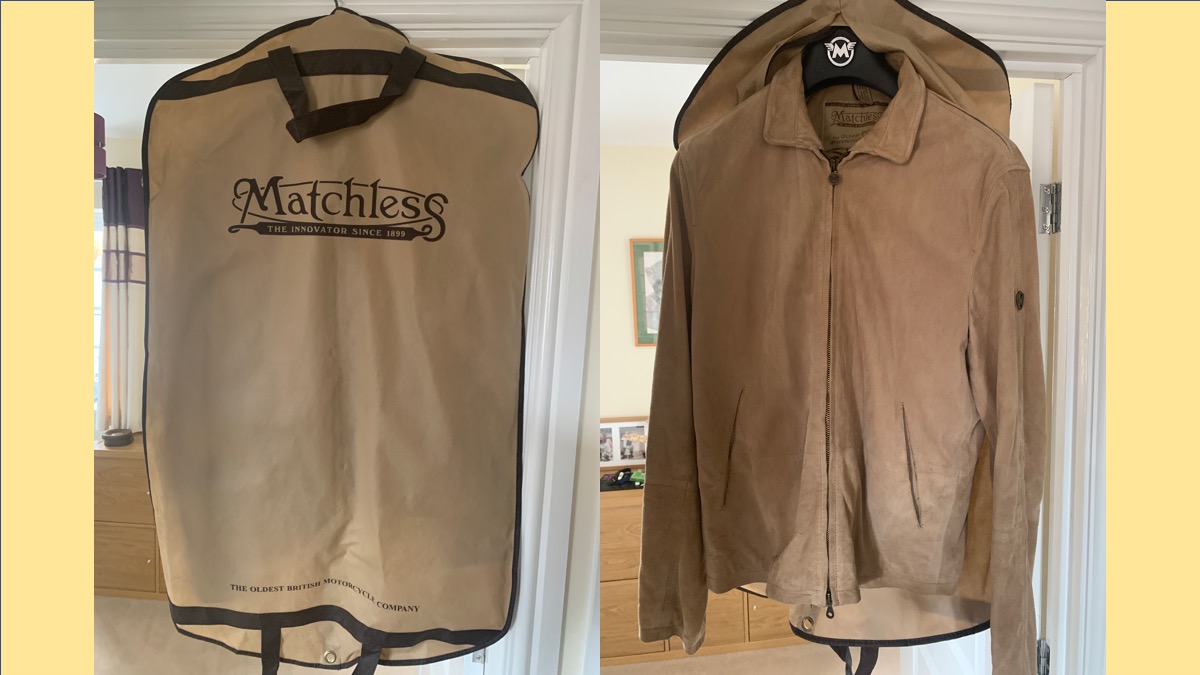 In London April is a spring month

Bond wears this jacket in Morocco. I can’t wear it in the hight of summer in England, as I’d get far too hot. However, I would wear this in the spring months and early summer before it really does heat up.

It works well with most casual outfits, jeans, chinos, shirts, polos and t-shirt with light or earthy colours.  For someone who predominately wears darker colours, this is a nice alternate to brighten up a look.

I do love to wear it, but I do get concerned when in congested areas that it’ll get marked. AND it would be difficult for me to get it out. I wouldn’t be comfortable on the underground in it, but for most other locations, it’s a nice jacket to smarten up a casual outfit. 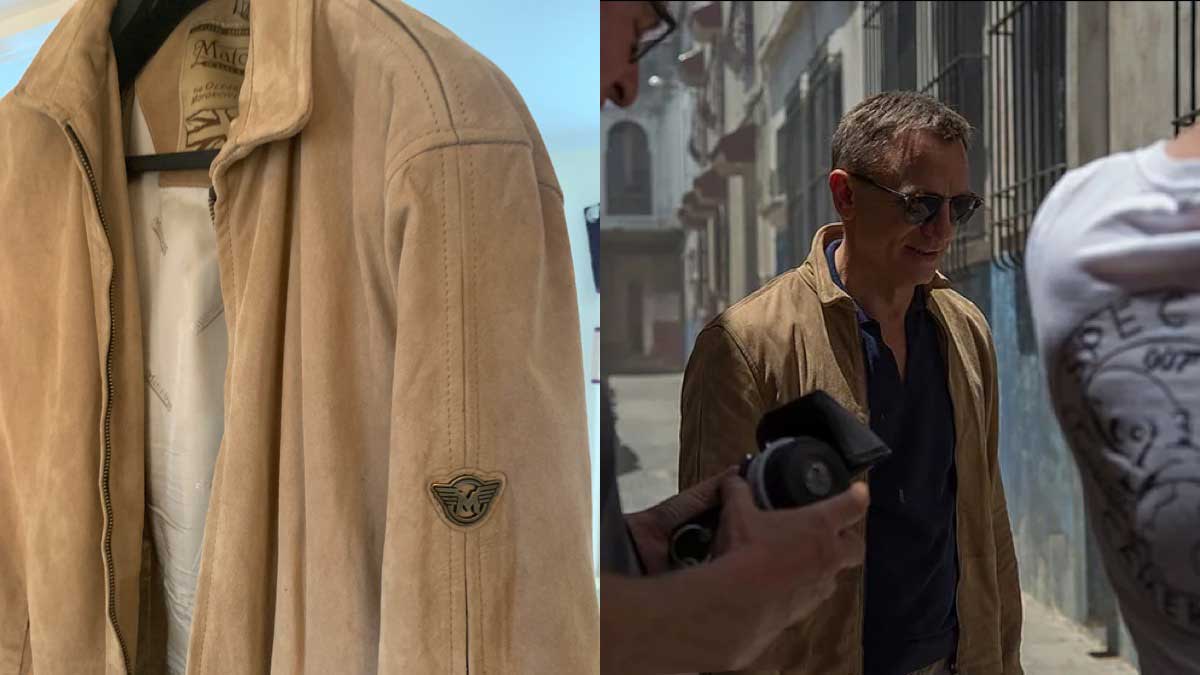 Bond behind the scenes wearing a Matchless Suede Blouson. Photo sourced from Thunderballs.Org

Every penny of it

Is it worth the money I paid for it, not sure! On the one hand I was being promised a limited-edition item, 1 of 700, which all sold out and then they restocked non-limited, but identical versions, at the same price, so wasn’t too happy about that.

If I take this out of the equation, it is a nice jacket, a very nice jacket! I’ve worn it a lot over the last 5 years, but I don’t wear it as much as the John Varvatos racer jacket. The JV jacket is also made of suede but harder wearing, and £400 cheaper!

However, the JV jacket came and went, came back and now gone once more, whereas you can still buy this jacket. However, it is now 48% more expensive than it was 5 years ago. 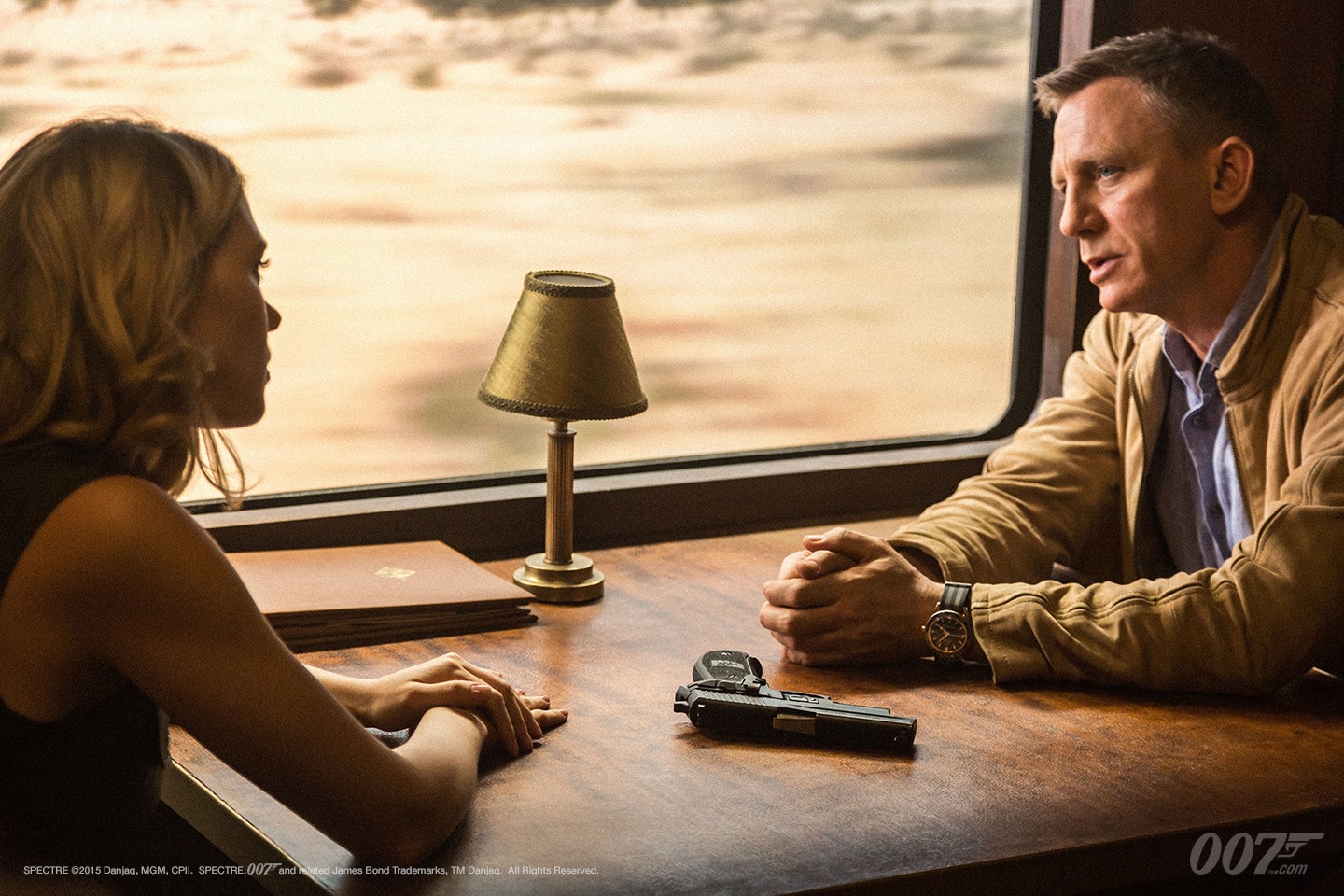 When this jacket arrived, it was dirty, even though it came on its own hanger in a carrier, there were boot prints on the jacket. Luckily for me giving it a brush down got rid of them. Although I wasn’t that happy. This wasn’t the only instance at the time, as I heard the same story from other members of the community.

Would I do it again at the time, probably not, the experience and worry when I got the jacket didn’t set to a good standard. I should have complained, but I didn’t, that’s on me. At the time I wanted the JV Racer, but they were not available, so I opted for this as my second choice.

If I knew I could have gotten the Racer, then I don’t think I’d have considered this at all. However, as they re-released the jacket anyway, I may have got it a little later. AND I may now have the Omega 300 as a result. 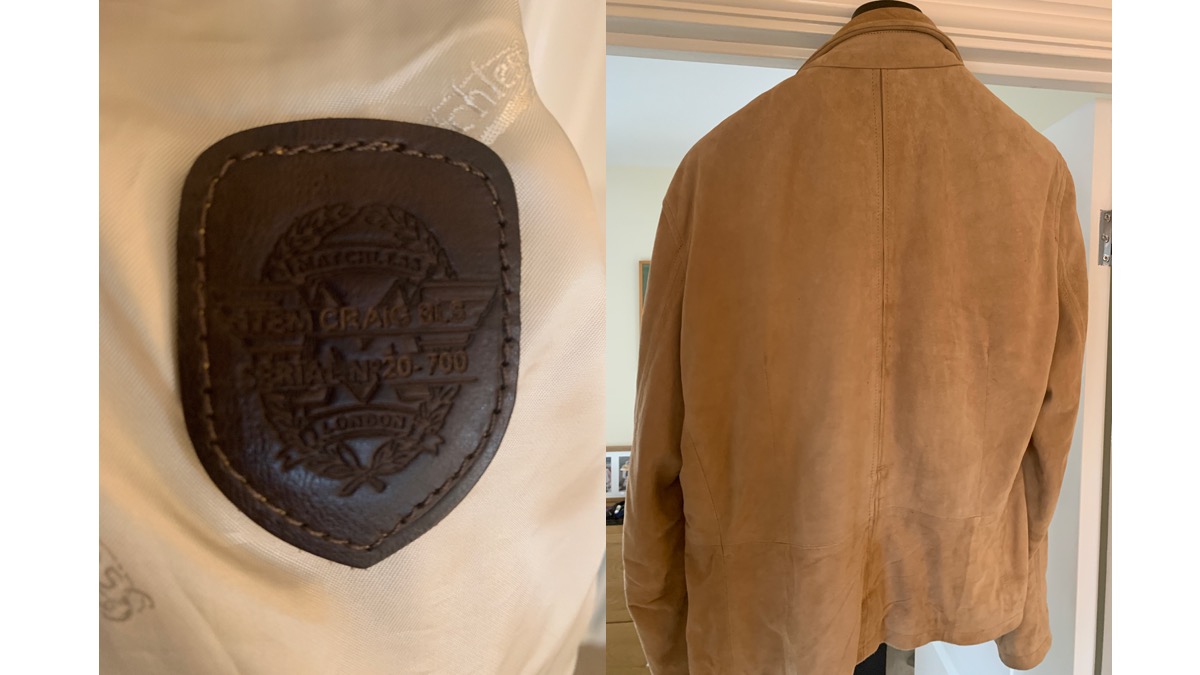 Would I buy it now, no! I do love this jacket, and I’ll continue to wear it for many years, but I thought it was a lot of money back in the day, now it’s so much more. Much more then I’d be now willing to pay for it. If they are still shipping it in the same way as I got mine, then definitely not! It’s experiences like that, that can put you off a brand. As a result I’ve not bought anything else from them.

This Matchless Suede Blouson is still available, and can be purchased from their website. This Natural colour being the closest, I say closest as the colour looks lighter than my own one.