The Fashion Books I bought for Studying Fashion Design

As you know I have embarked on a Fashion Design Course that’s become very time consuming. And some of the books  I’ve invested in have really helped me with my studies. 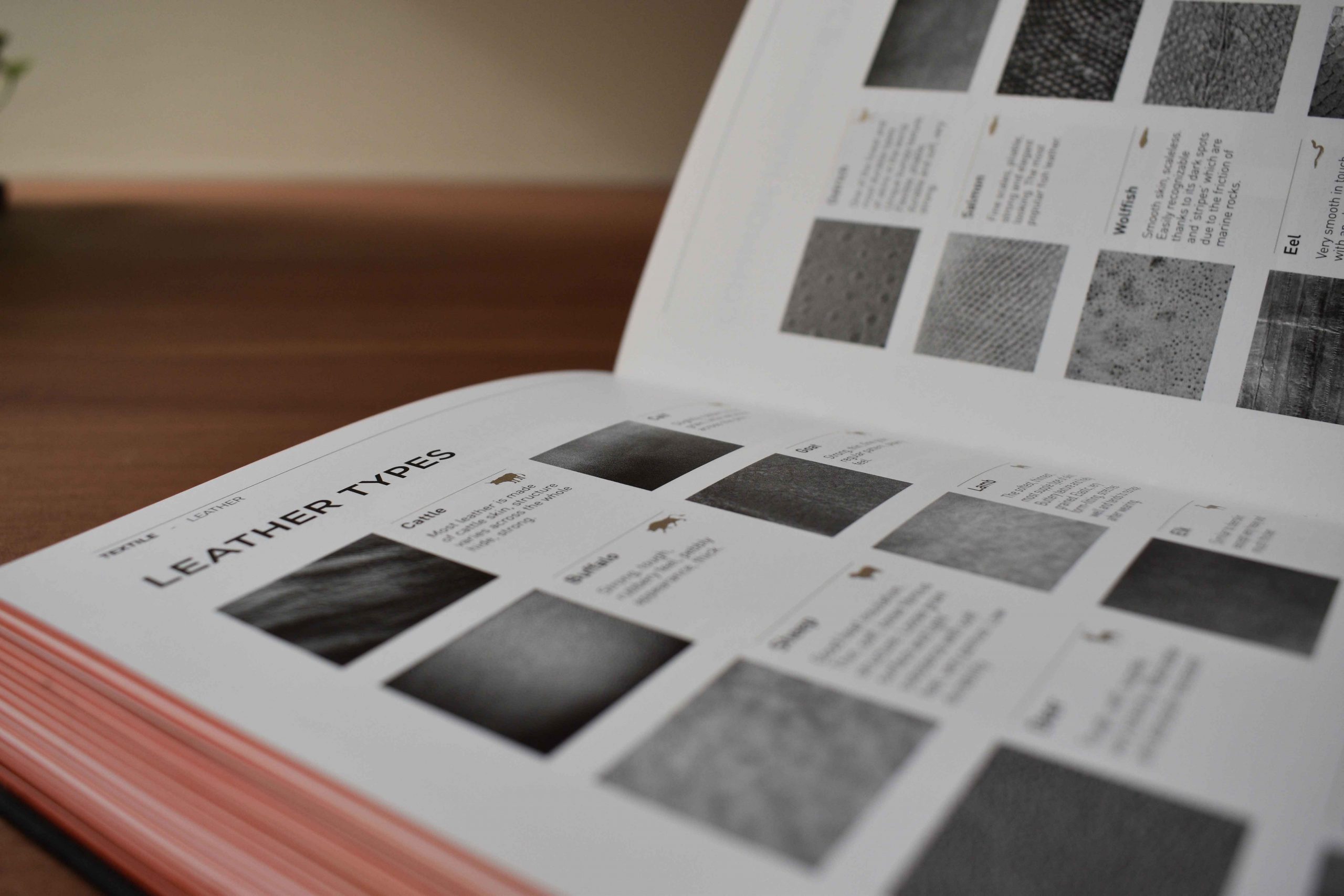 *Click on any image to shop these fashion books

This is my fashion bible. It has almost every garment and the technical drawings for each. Fashionpedia really goes into the weeds with everything you need to know from different kind of weaves to fabric types, different kinds of leather etc.

It’s not just clothes it annotates all the accessories, like the watch. It gives you the different kinds of examples of straps like the milanese strap.

Although you should already be familiar with that one thanks to the latest Omega Seamaster 300 seen in No Time to Die. 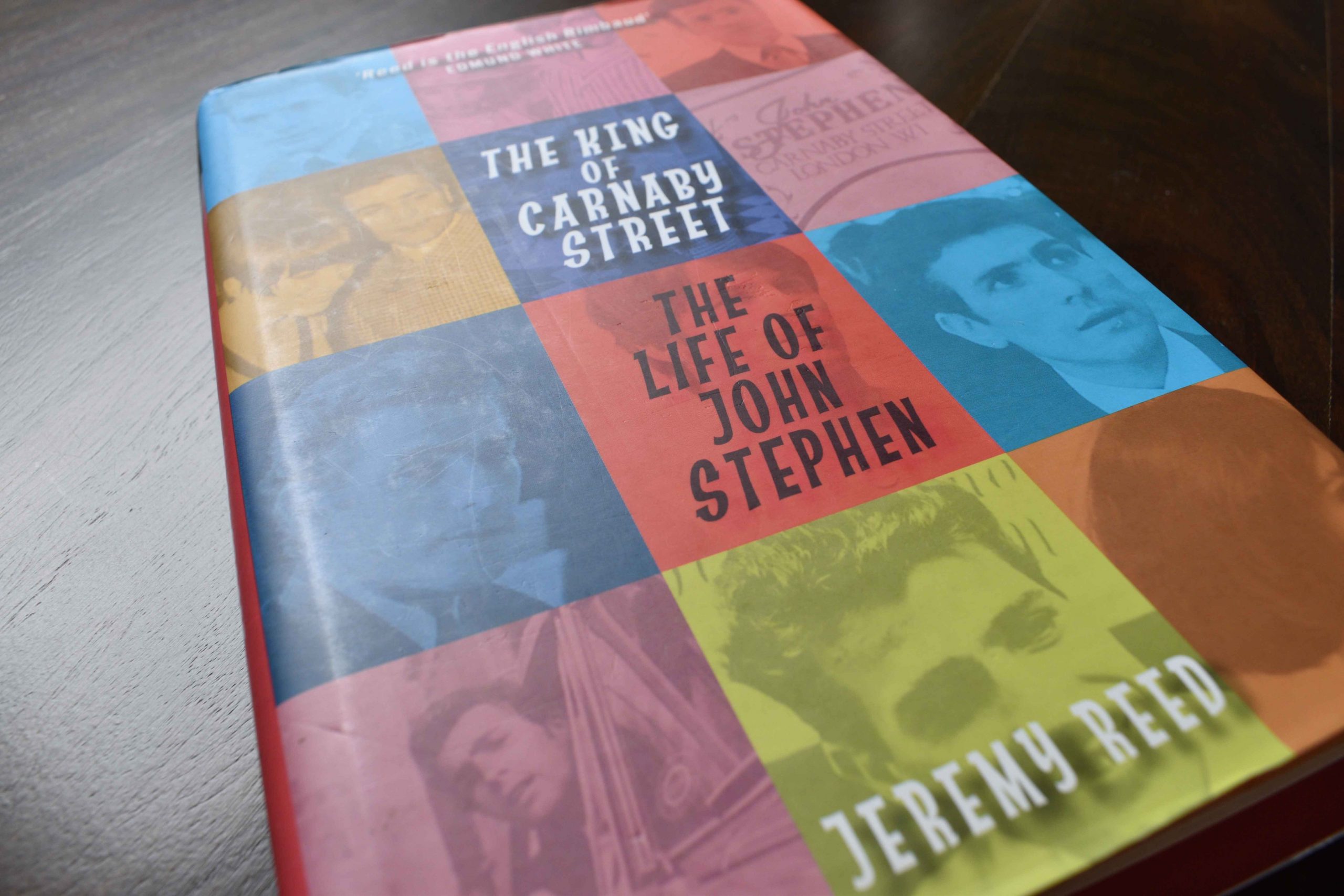 A great read, but no colour photos

For the uninitiated, in the Sixties the real fashion revolution happened on Kings Road and Carnaby Street.

Fashion boutiques were cropping up everywhere by designers fresh out of St Martins College.

To see me talk more about these fashion books be sure to catch the Vlog below.

The Kid’s Are Alright

The insolvent youth wanted to dress differently from their Dad’s and you had fashion icons like The Beatles who wore a lot of psychedelic clothes and military wear you’d find in shops like I Was Lord Kitcheners Valet. There was even a shop called Pussy Galore. 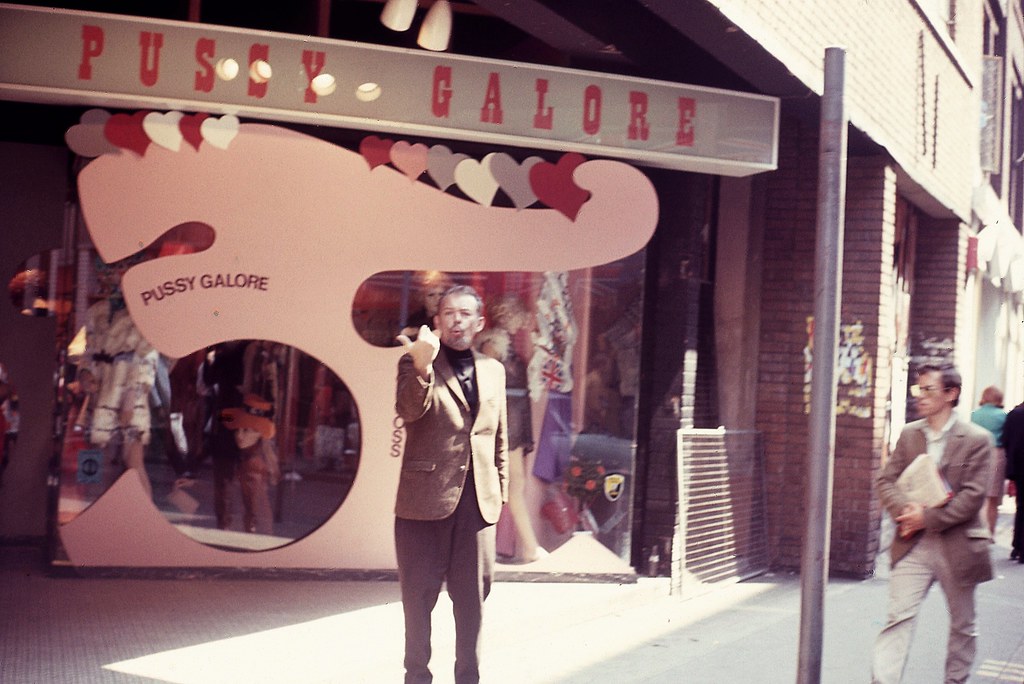 Not taken from the book

The Start of Something..

But before all that was a gentleman called John Stephen who at one point owned 6 shops on Carnaby Street. He was really at the vanguard of what the youth were wanting to wear at that time. 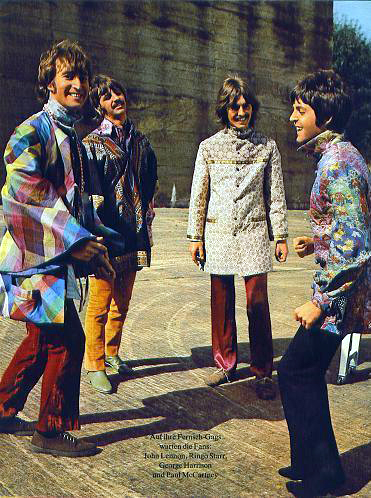 Not taken from the book

But where’s the colour?

Stephen was desperate to break away from fashion rigours and strictures and he injected the spunk that fashion needed at that time.

My only criticism is that the book doesn’t have colour photos or a bibliography. Which is a little lazy to be honest. But it’s still a really enjoyable read.

One of my oldest Fashion Books

I’ve also used this book like a fashion manual countless times during research and writing editorials. It breaks down the history of each garment like the Sack Suit, the Dinner Suit etc.

It has some stunning images, the one of Sean Connery in From Russia With Love is beautiful. (And must have cost a fair bit for the licence).

This book not only annotates the rich history of the garments but also the icons and the movies that catapulted them into the mainstream. 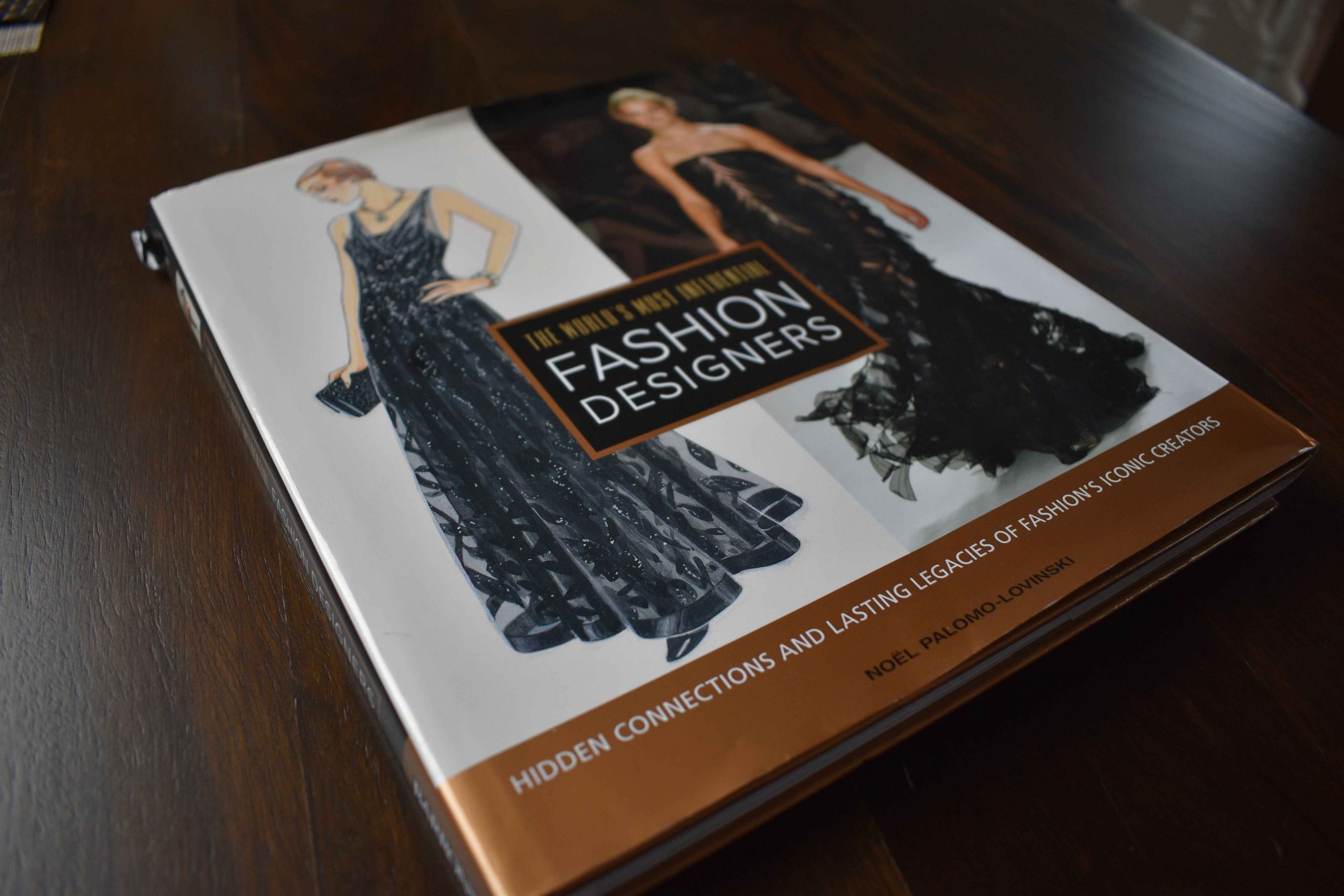 A must for anyone studying fashion design

Ok I picked this up for a couple of quid in Oxfam, and I’ve gotten so much mileage out of this book.

Learn about Azzedine Alaia who made the costumes, all the hooded cowls for Grace Jones in A View to a Kill. Learn not only about him, but who inspired him. What was his place in fashion history, who did he inspire? 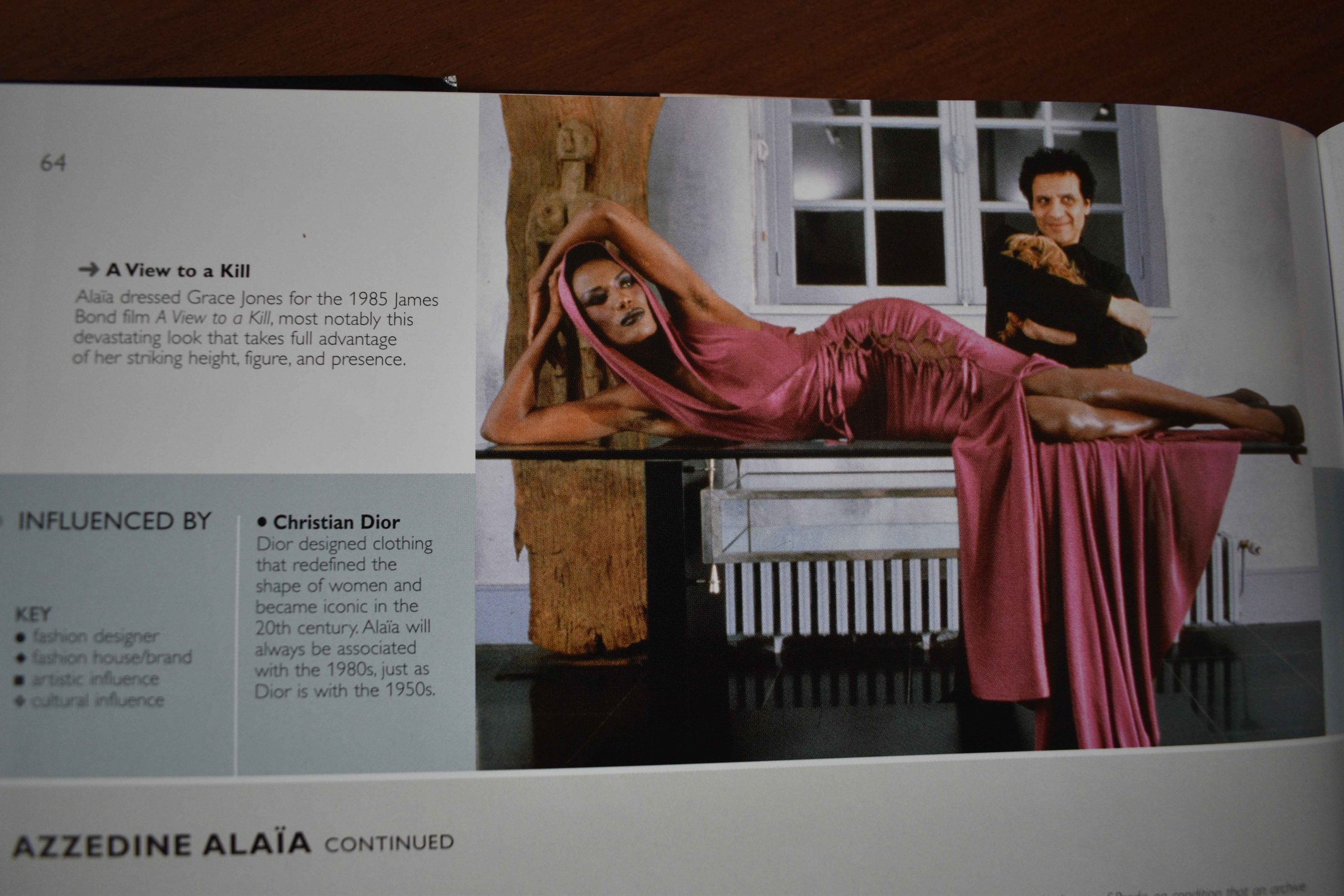 A must for would-be designers

That’s what they do with all the designers in this book. They put them in a timeline and it gives their impact on fashion some context. 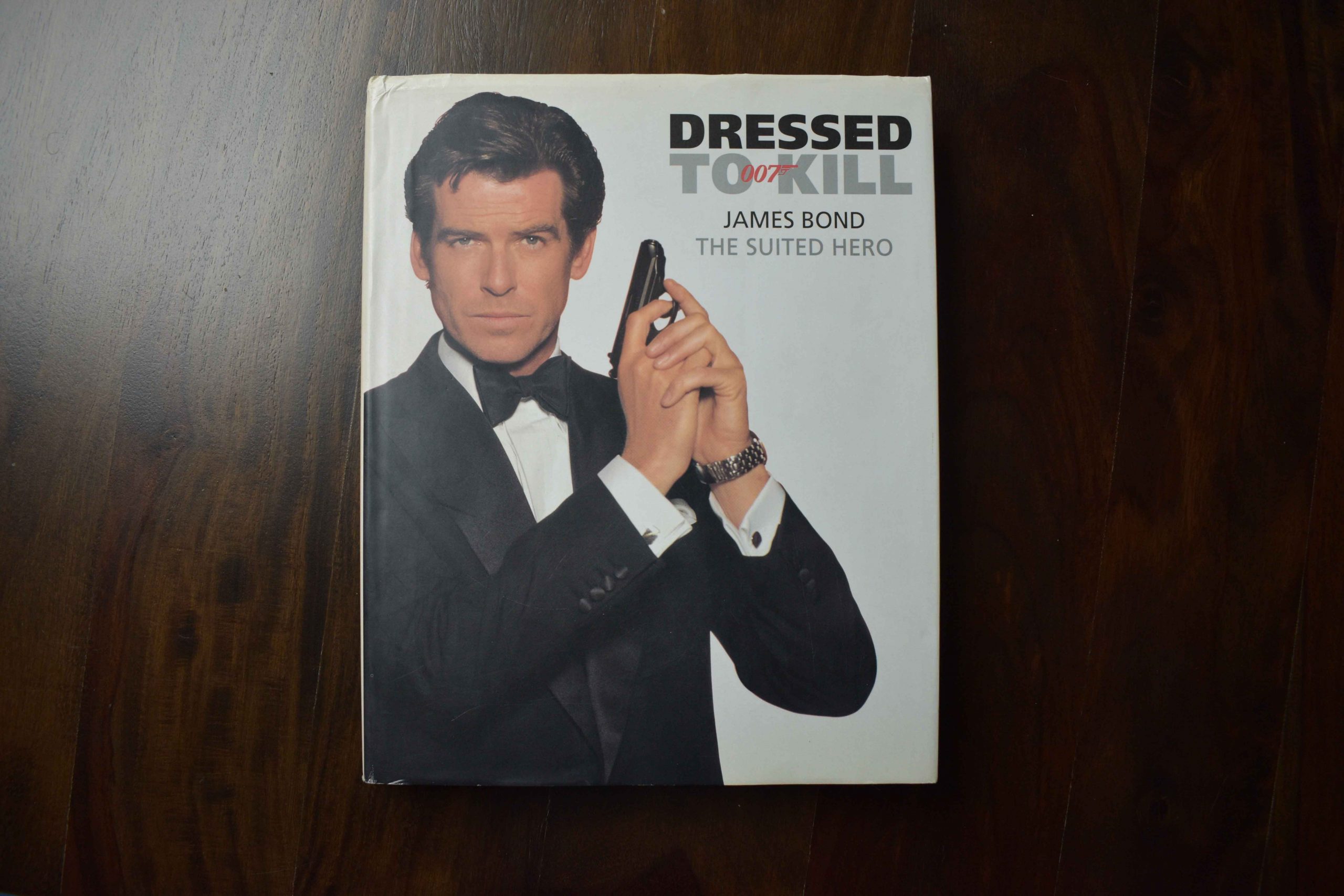 Best described as a series of decent-ish blogs

I’m putting this on the list, semi-begrudgingly. And I’ll tell you why. It’s really a series of essays, around the style of James Bond, around the history of fashion, but nothing that you can hang your hat on.

It’s like a collection of blogs by different authors. There’s a couple of good chapters, I like the Nick Foulkes one, Nick Sullivan I think did a good one also. But other than that I haven’t learnt a lot from this book that I didn’t already know. 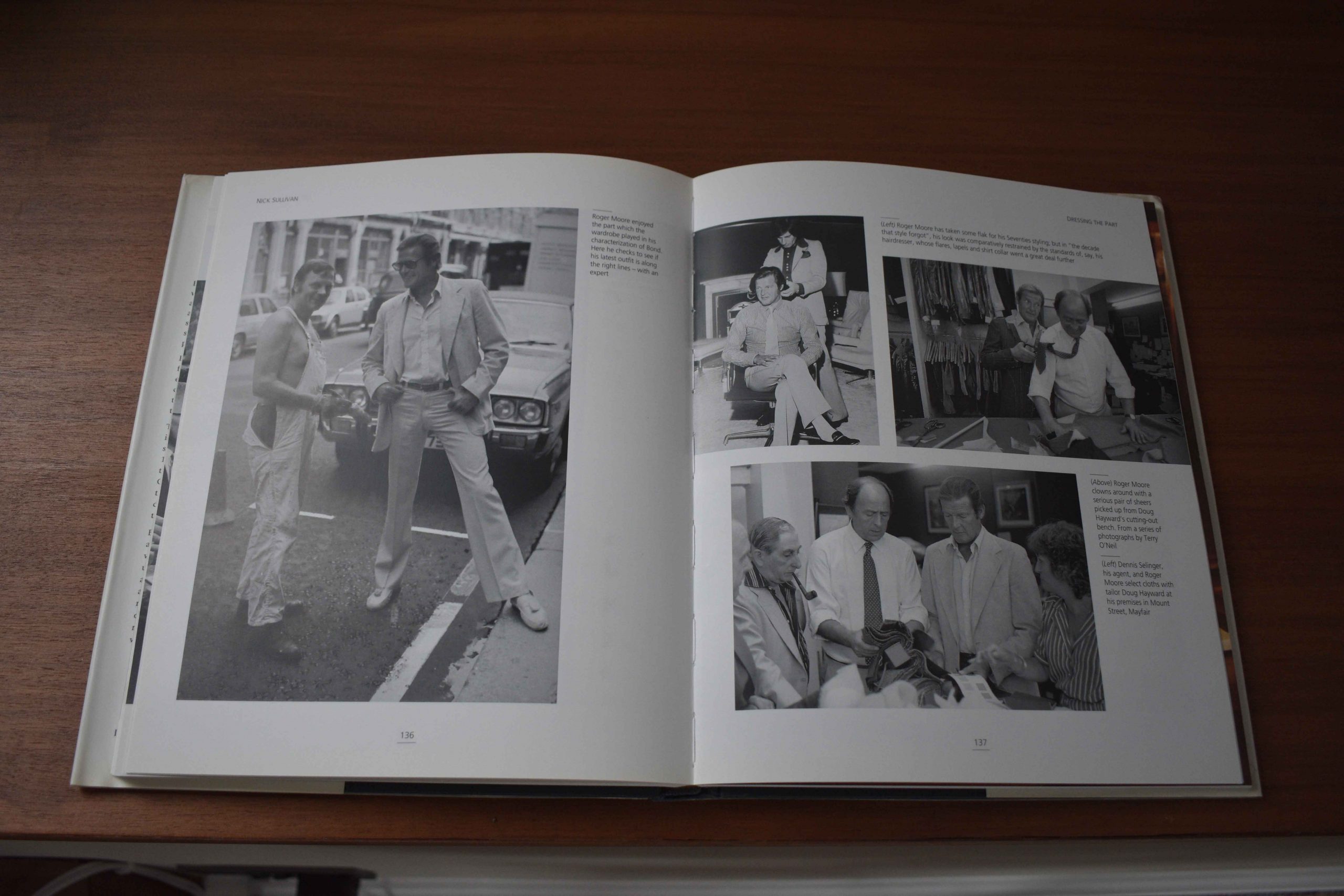 But with some wonderful imagery

The pictures make it

It takes you all the way up to Pierce Brosnan in Goldeneye, just as Brioni comes in and takes on the wardrobe. I think its a good addition for the library, but at the same time, something of a missed opportunity.

Maybe someone in the future will come in and write a more concise book on the style of James Bond. Who knows. Look its got nice pictures. We all like books with nice pictures. 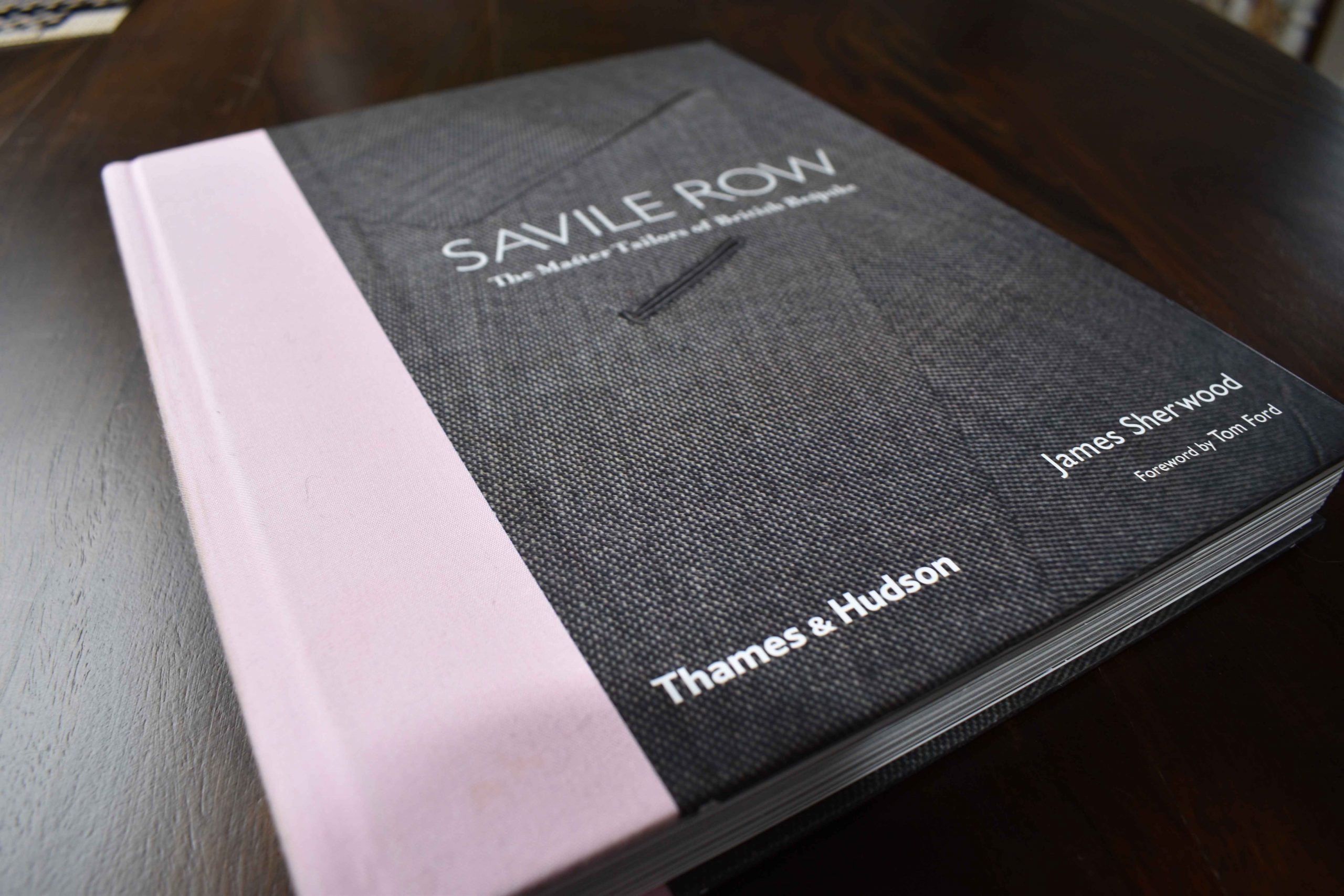 One of my favourite fashion books

Nice guy, bought me coffee one time. He has written a corker here. Imagine if you wanted to learn about all the great tailors past and present.

You have first account interviews with Mark Powell (former guest on the show). Catch that interview on the From Tailors With Love podcast here. 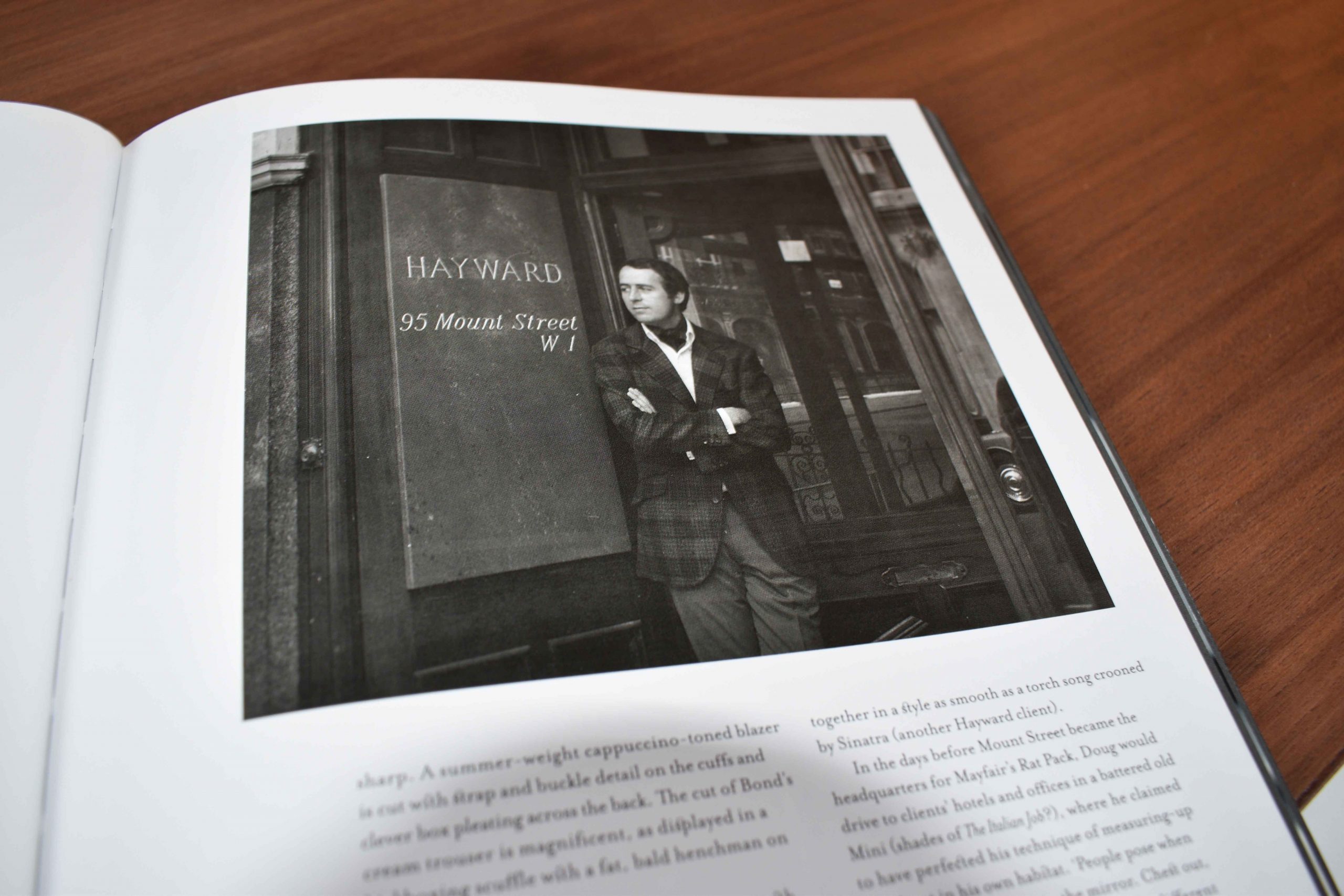 Other marquee names include Hardy Amies the Queen’s dress maker. Huntsman you would have heard of them through the Kingsman movies. Ozwald Boateng, he’s done clothes for Idris Elba.

There’s also some lovely photos of Douglas Hayward who did the wardrobe for Roger Moore in For Your Eyes Only, Octopussy and A View to a Kill. 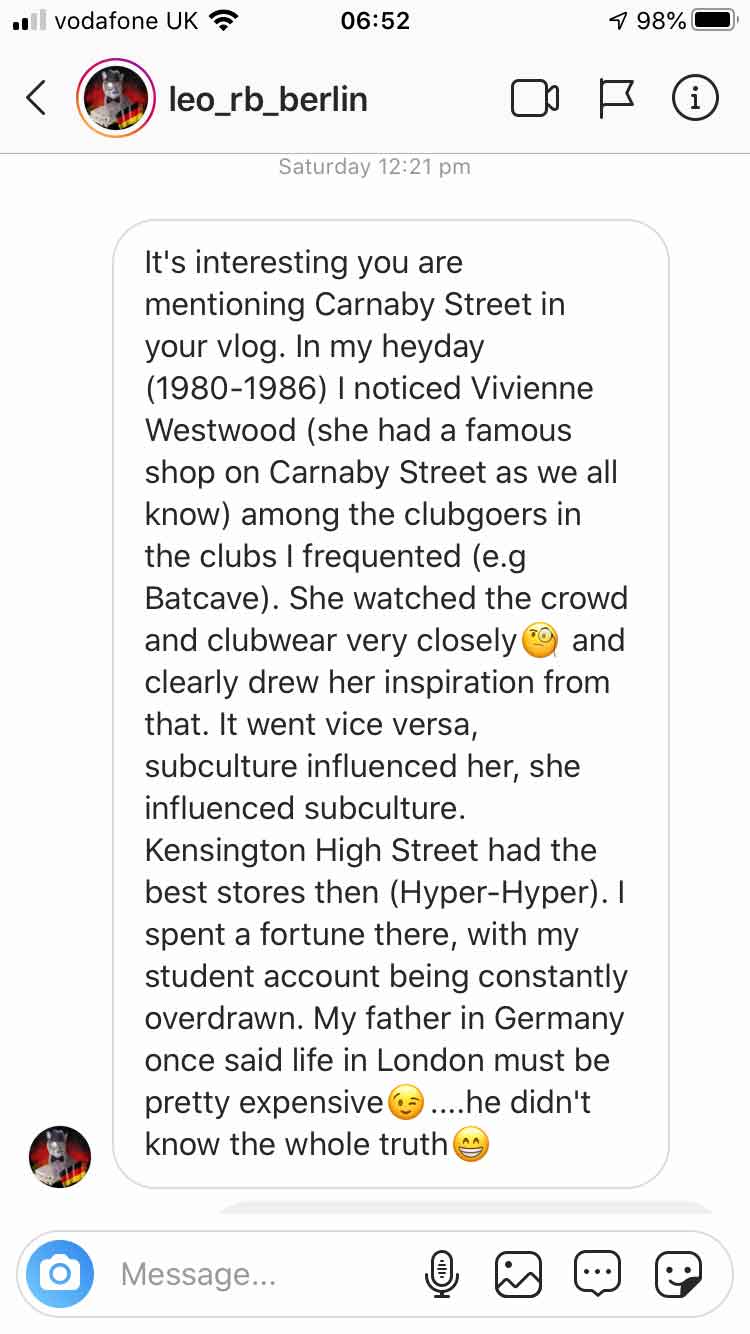 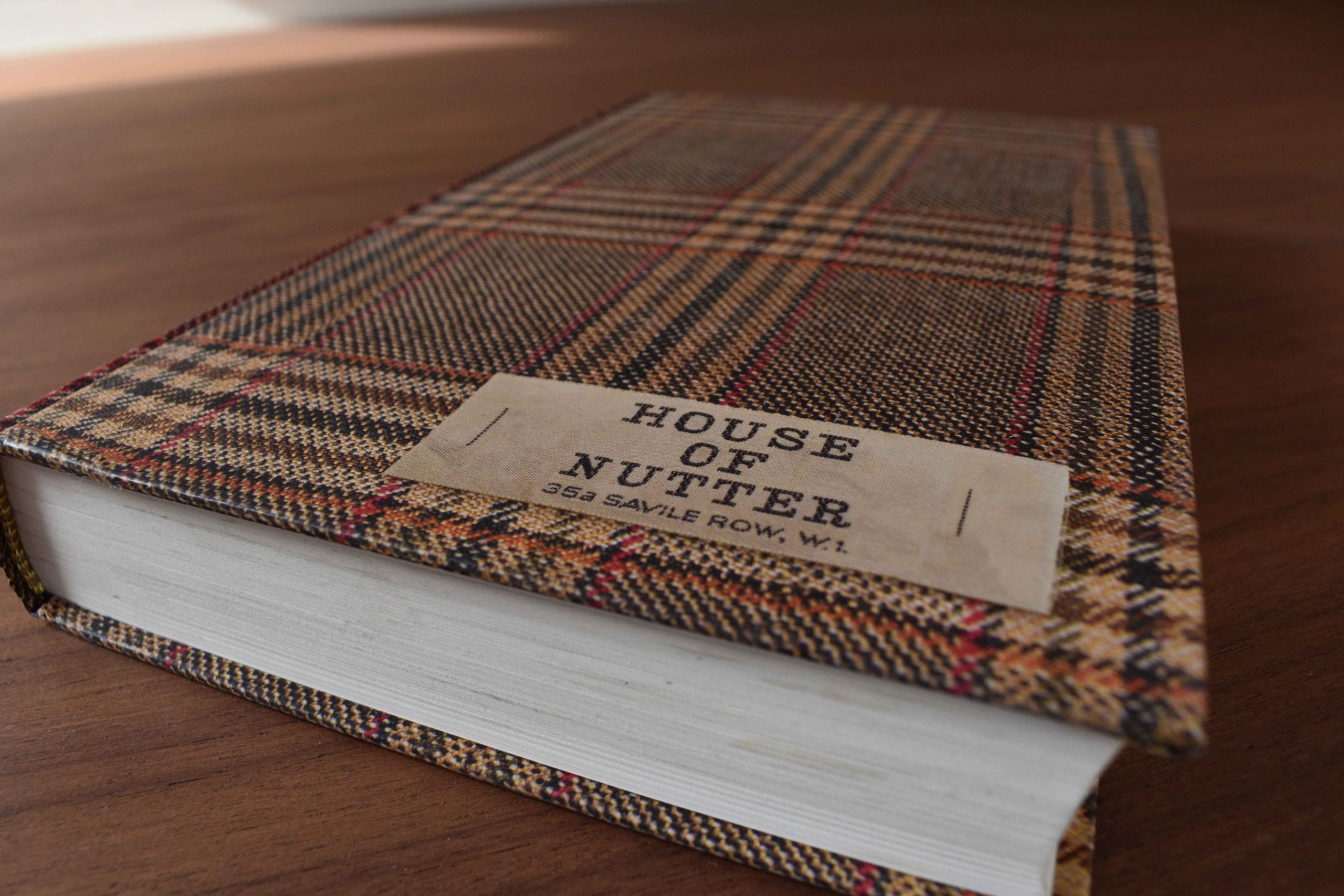 House of Nutter – The Rebel of Savile Row – Lance Richardson

Believe me this guy Tommy Nutter had a very interesting life. He was a flamboyant Rock’n’Rolla, Tom Ford often sites him as someone that inspired his style. You can see that in the wide lapels. It not only talks about Tommy Nutter but what Savile Row was like at that time.

The political climate. There’s some nice stories of Yoko Ono and John Lennon in there. Famously Tommy Nutter together with his cutter Edward Sexton did all the suits for The Beatles for their album cover Abbey Road. With the exception of George Harrison who rocked up in denim that day. Not sure why. 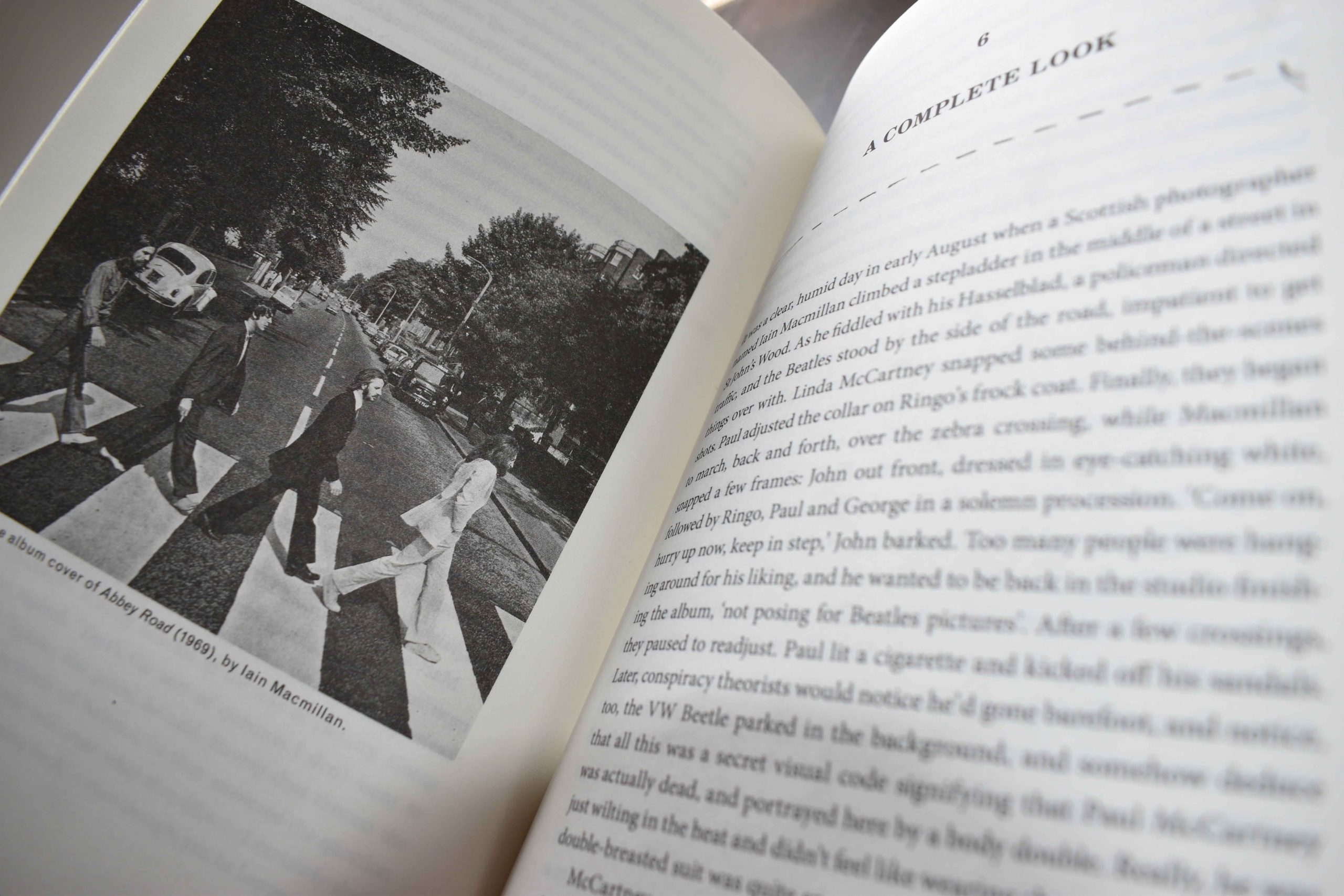 Not only The Beatles but also..

He also did shit tonnes of suits for Elton John. There’s a nice story in there about how Tommy made like 50 regatta jackets for Elton’s tour of america, and he decides to wear a Donald Duck costume. oh the 80’s oh the drugsssssss. 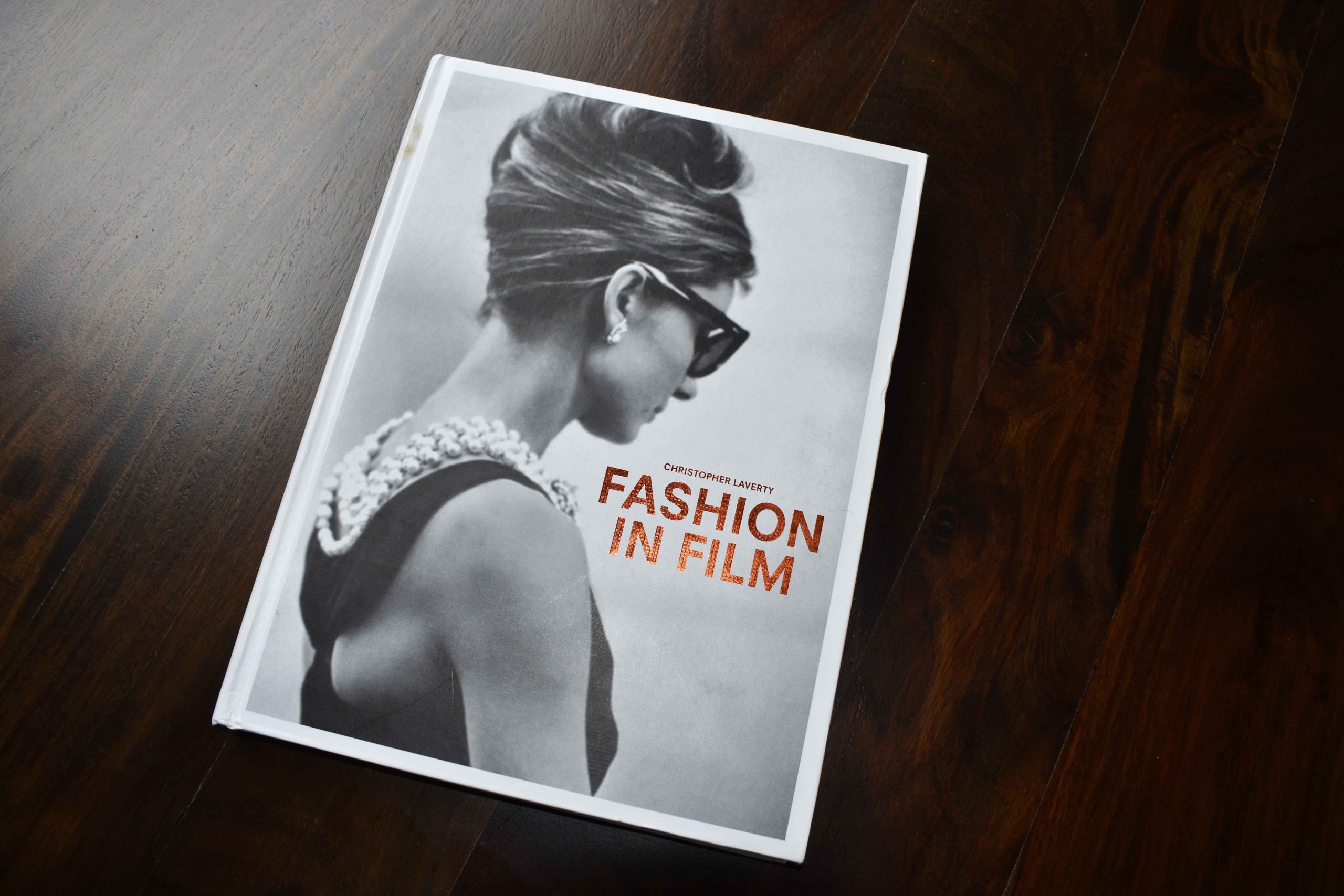 A beautiful book written by a regular guest on the podcast Christopher Laverty. Author of this and the blog Clothes on Film.

So you can get the skinny on what Tom Ford was up to during Quantum of Solace, Skyfall and Spectre. Chris thinks that Quantum of Solace is Tom Ford’s best styled movie of the James Bond franchise, I happen to be in agreement. You can catch that discussion on a previous Vlog below.

One of my favourite chapters is the one on Nino Cerruti. Nino Cerruti clothed Richard Gere in Pretty Woman and Robert Redford in Indecent Proposal.

Chris does really well to distinguish the look of a Nino Cerruti suit as one of authority as opposed to the relaxed and unstructured designs that say Richard Gere would wear in American Gigalo, (wardrobe provided by Armani). 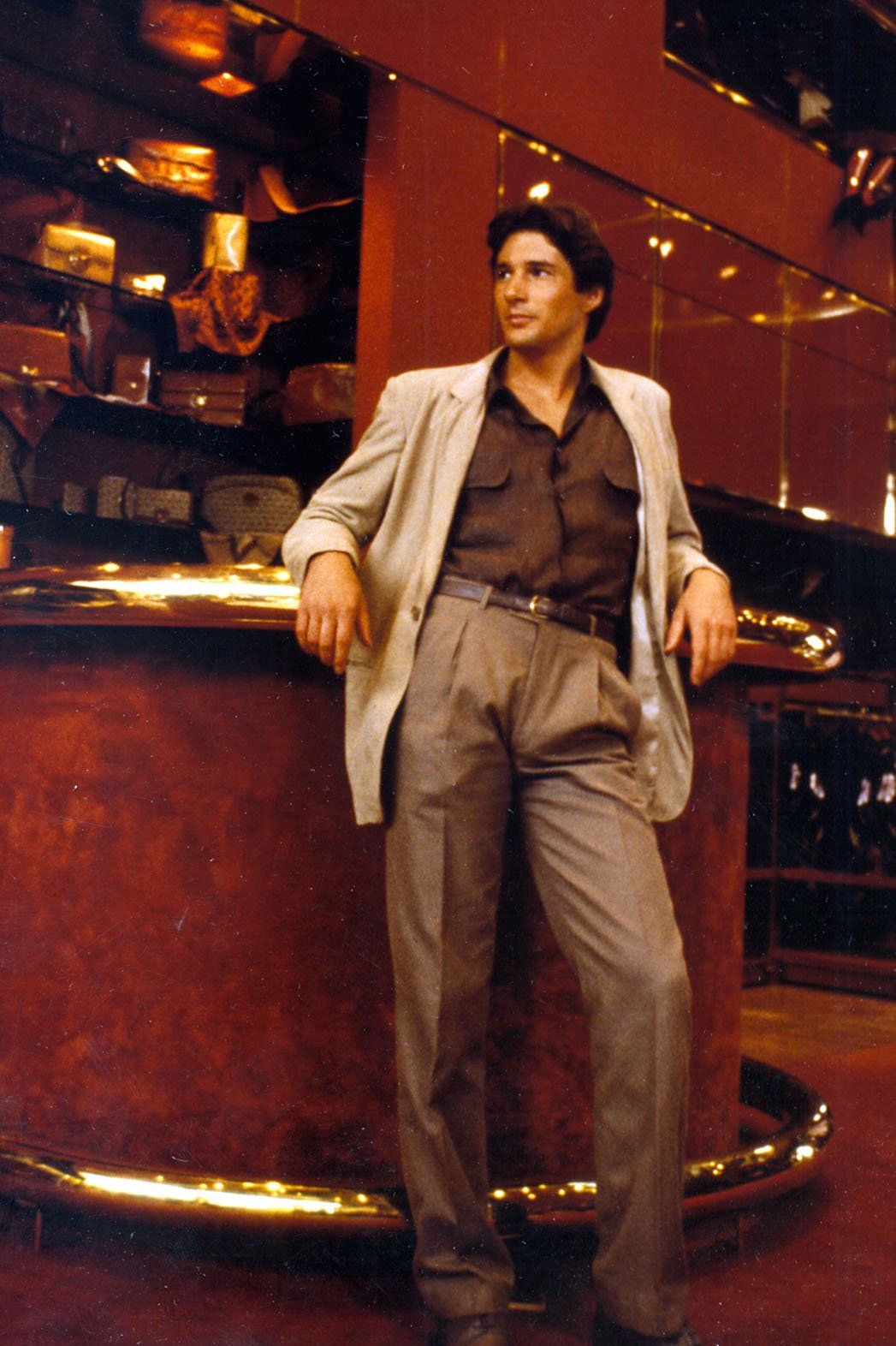 One of my favourite of all the Fashion books. Filled with awesome photos and it really paints a picture of the fashion revolution that happened in London in the sixties. What a time to be alive. Ask George Lazenby.

Starts with Vince Man’s Shop  of course founded by Bill Green, who had Sean Connery model clothes for him back in the day.

It talks about Mr Fish famous floor walker at Turnbull and Asser of course featured in this photo. 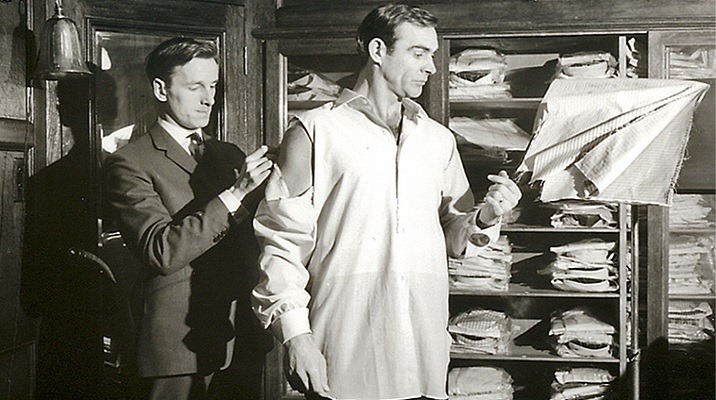 There’s a chapter on the men’s boutique Blades named after the fictional members club from Moonraker. Now the restaurant at Hush Mayfair of course owned by Geoffrey Moore.

It also touches upon fashion from a cultural and moral standpoint. Look at this photo, (below) its probably my favourite. 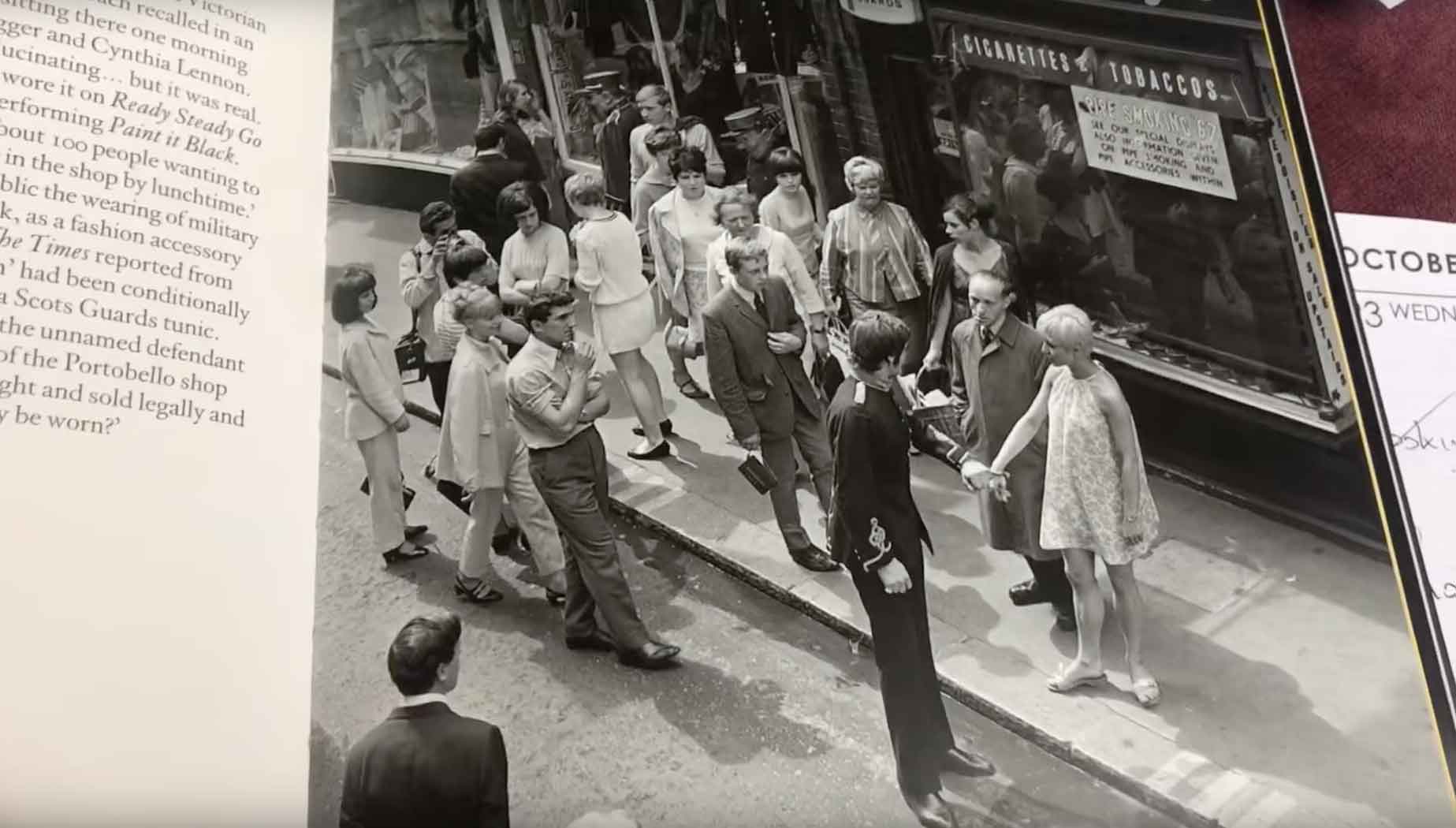 What’s going on in the photo above?

A gentleman in the street wearing a military jacket, which of course was an up and coming trend, challenged by another gentleman on the street presumably about the ethics of wearing such a jacket for the purposes of fashion.

These jackets of course would have clothed many soldiers who lived and died during the second world war. 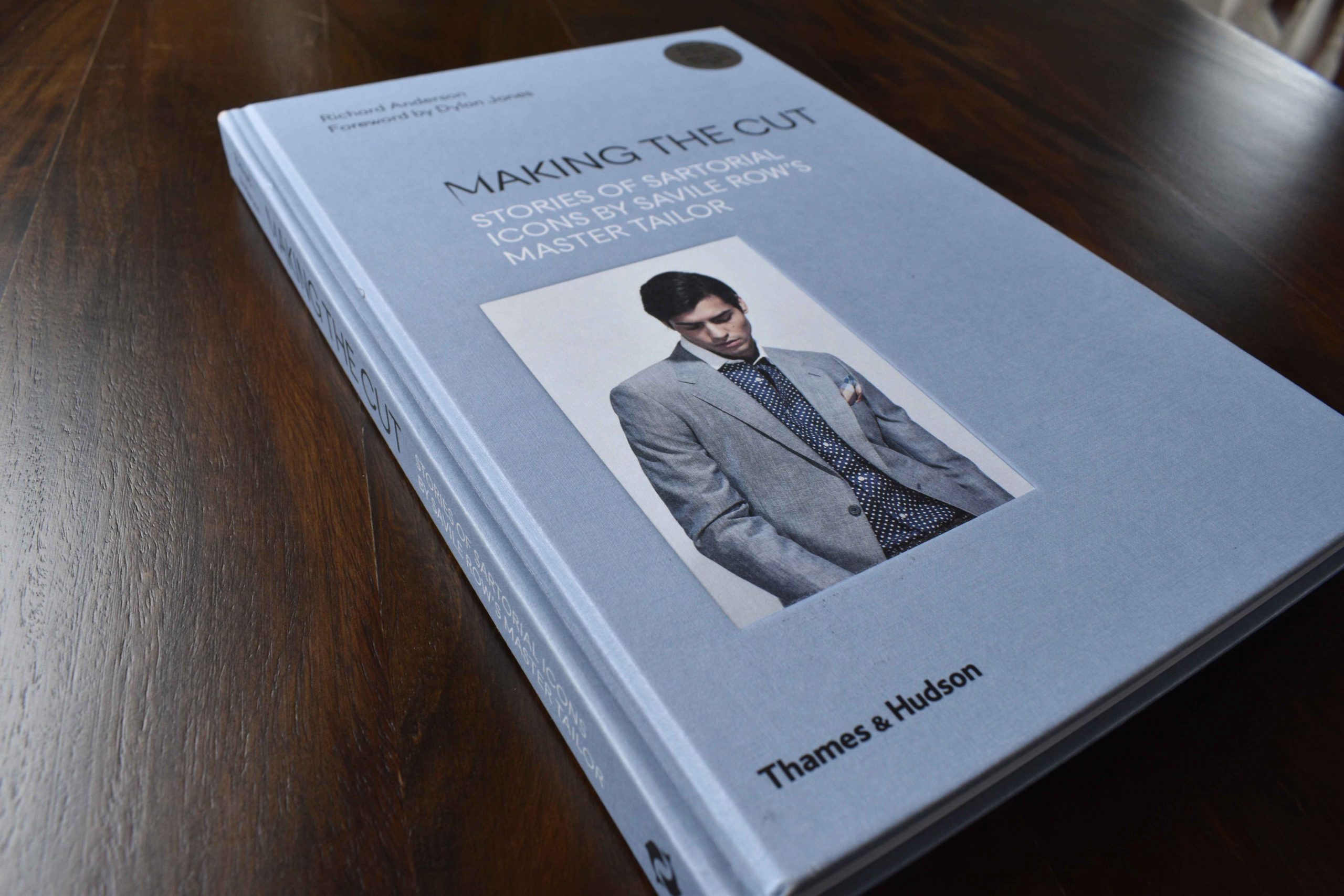 Richard Anderson, they kindly sent me this book about a year ago. It goes into some really nice details about the Safari Jacket, you’ll get to learn about Richard’s history on the row.

There’s Roger there, nice cut on the pockets. That is a military style out-breast bellow pocket. 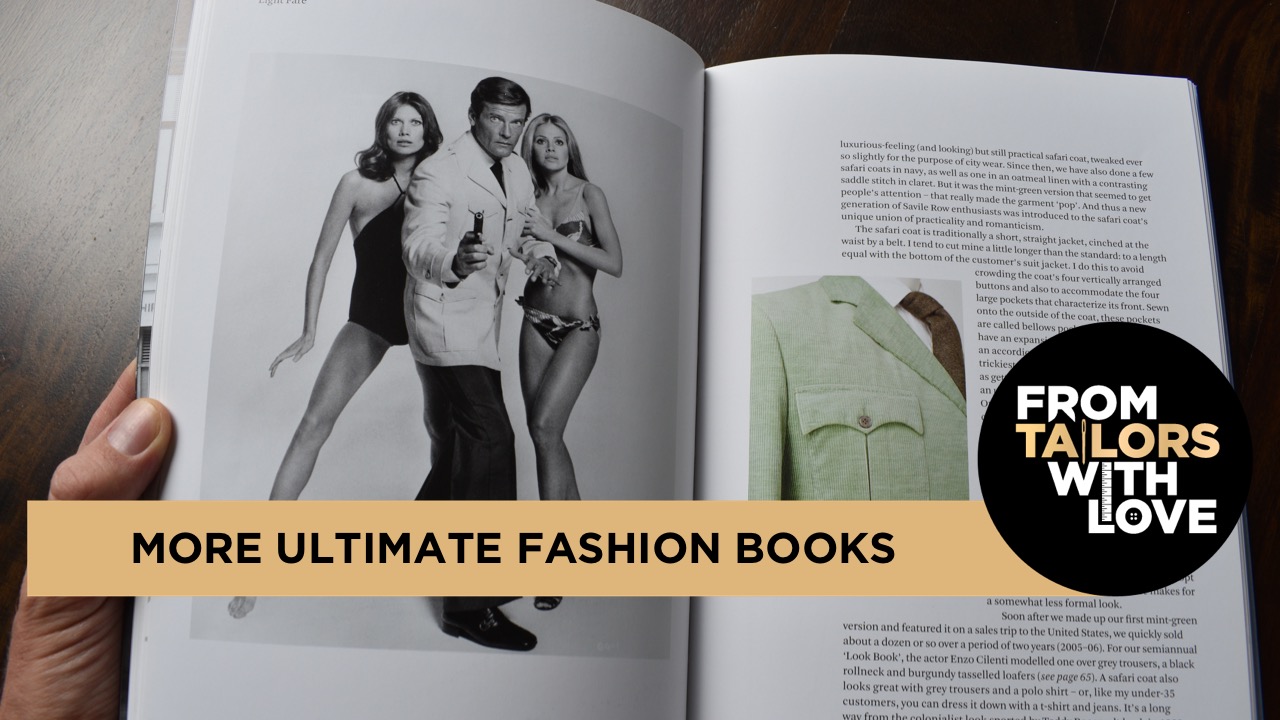 Ok these last two books have no pictures or connections to the bond movies. Unless you’re counting Daniel Craig turning up to the premiere of Knives Out with this Dior Natch suit. Which no one really liked, apart from me.

I don’t think Daniel liked it, we haven’t seen it since. 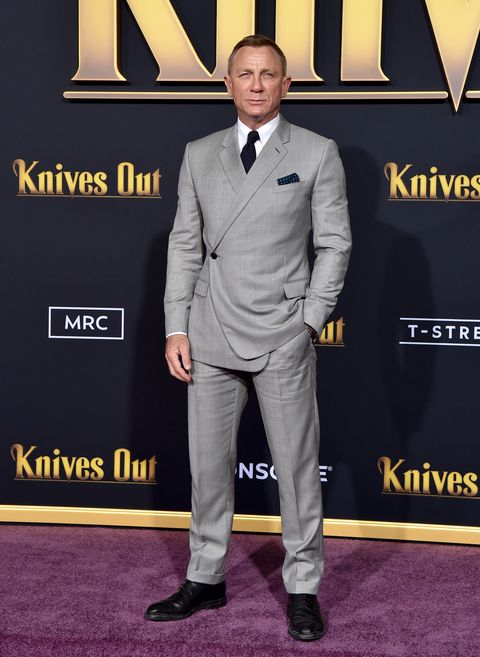 This book will give you many great ideas for designs. There is also some pencil sketches of the designs. These sketches have actually encouraged me.

I’ve always gelt like I’m rather shit at drawing, well I am. But you don’t have to be an amazing drawer to design. You can just sketch out an idea like Dior did here. 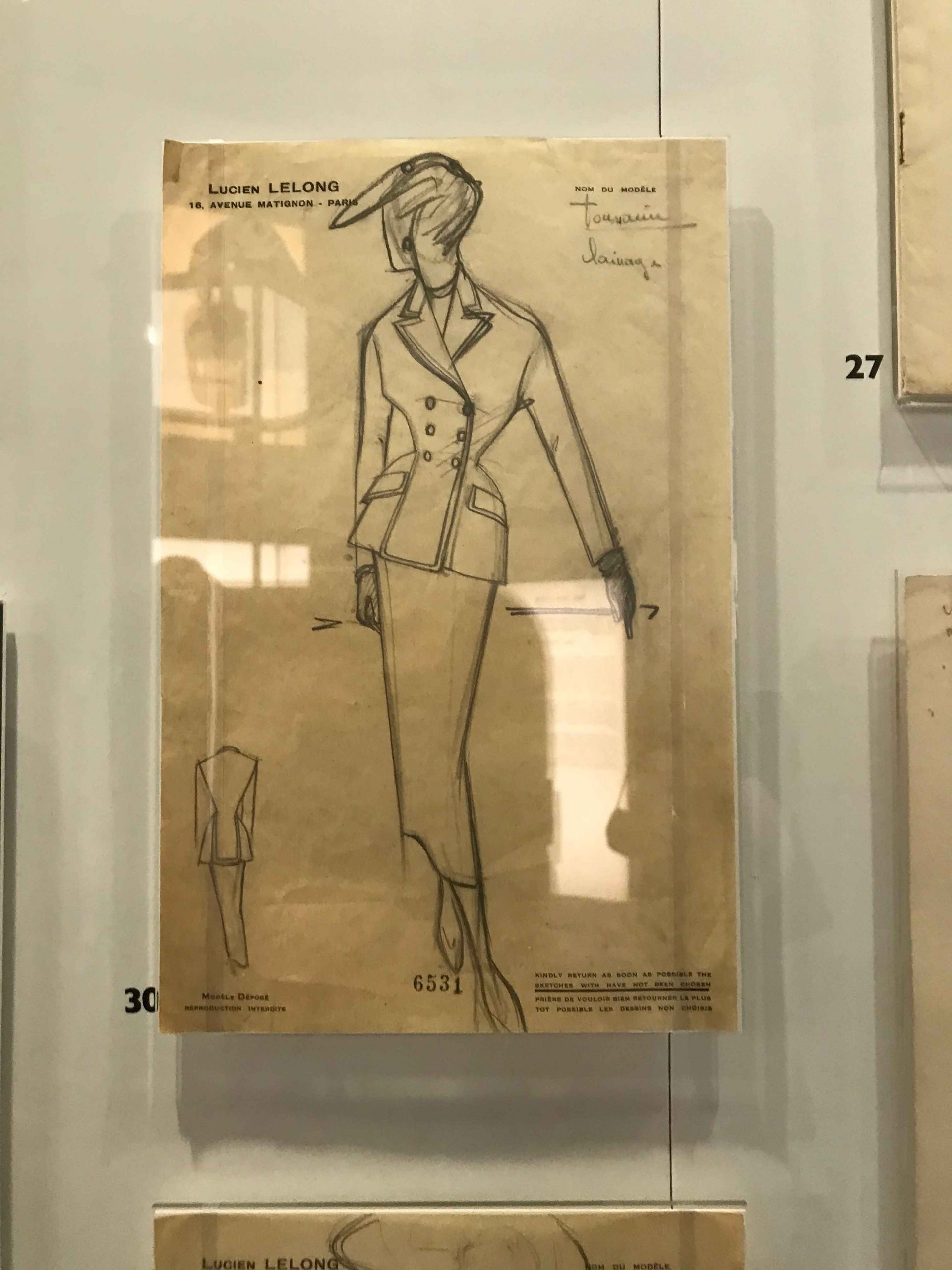 Again if you’re really screwed for design ideas then check this book out. You think that there is nothing more you can do with the design of the suit then think again. Look how McQueen has interpreted the silhouette by expanding upon the drape.

There is also some nice quotes in this book. He was a genius no doubt about it. And his shows were legendary. He didn’t make ‘cutsie’ dresses.

In fact there is a nice quote in here about not wanting women to look naive. That they have to have some sinister aspect to them. I think he would have designed some amazing dresses for Bond women. His style was so threatening.

You can catch some great images from this and all the books mentioned in the second Vlog I did about Fashion books below.

So that completes the list. I actually hope this helps you guys, especially if you’re thinking of studying or doing a fashion design course like the one I’m on.