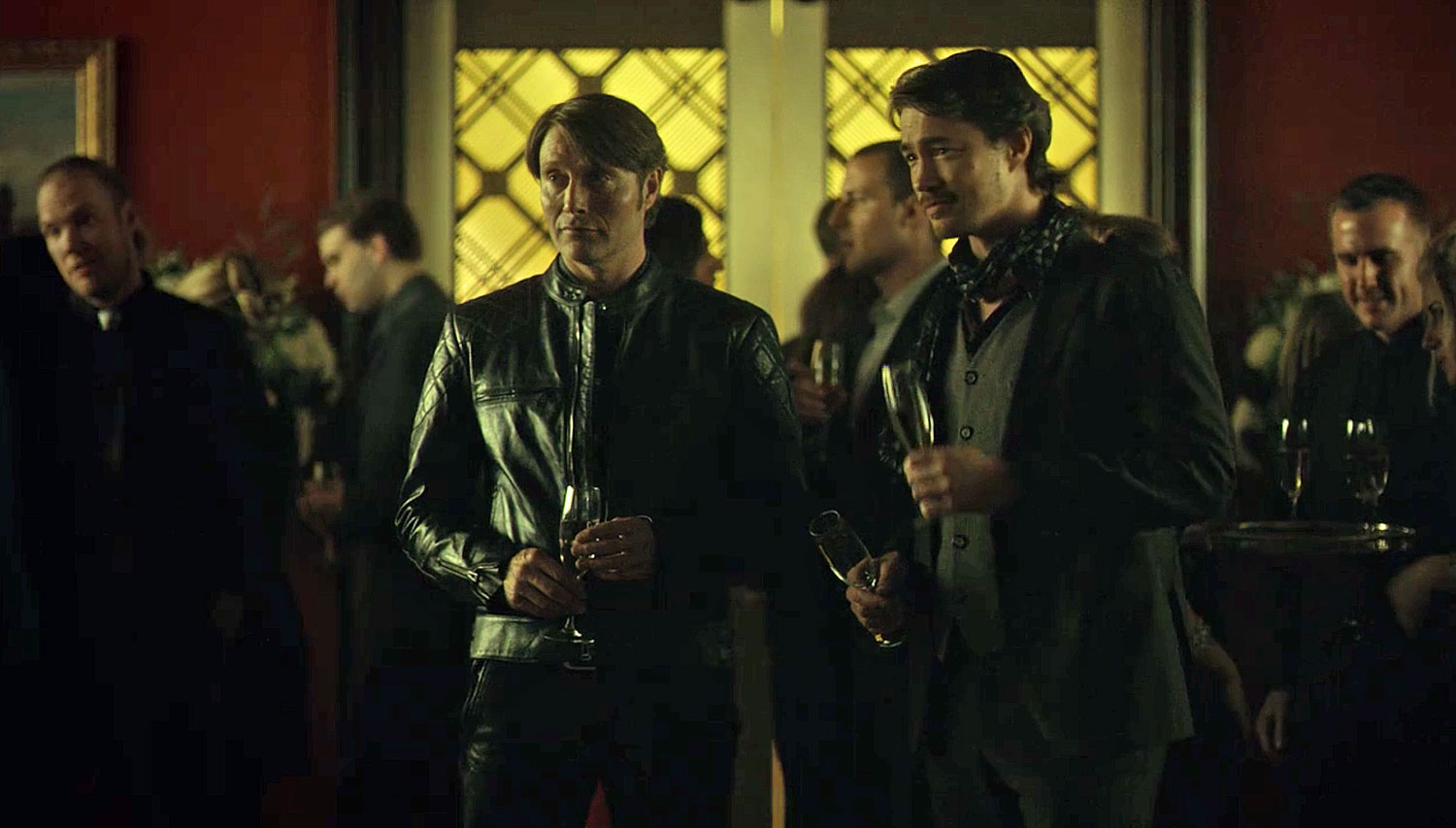 For our entrance to Hannibal in Season 3, we see Mads Mikkelsen rock up to a book signing dressed in a Bikers Jacket. It’s a very striking visual, especially as we’ve never seen Hannibal this casual in a social setting. It lends the impression that he is firmly on the run, and indeed, on the hunt.

He is profiling Dr Fell, in order to kill him and assume his identity. Thanks to the Prop Store Auction we know that this jacket is a,

Belstaff brand jacket (size 52) is made of blue leather with padded shoulders and elbows and zips down the front. The Belstaff pants are made of black leather and have zip pockets at either side of the waist.

Unlike most jackets you’ll see for production, this jacket has the branded logo patch on the left sleeve, and all the stud fastens still attached. Only when jackets are used for stunt purposes, and possibly other scenes where films don’t want the association, will they remove all the zips and studs.

This was discussed on the podcast episode with Indy Magnoli. 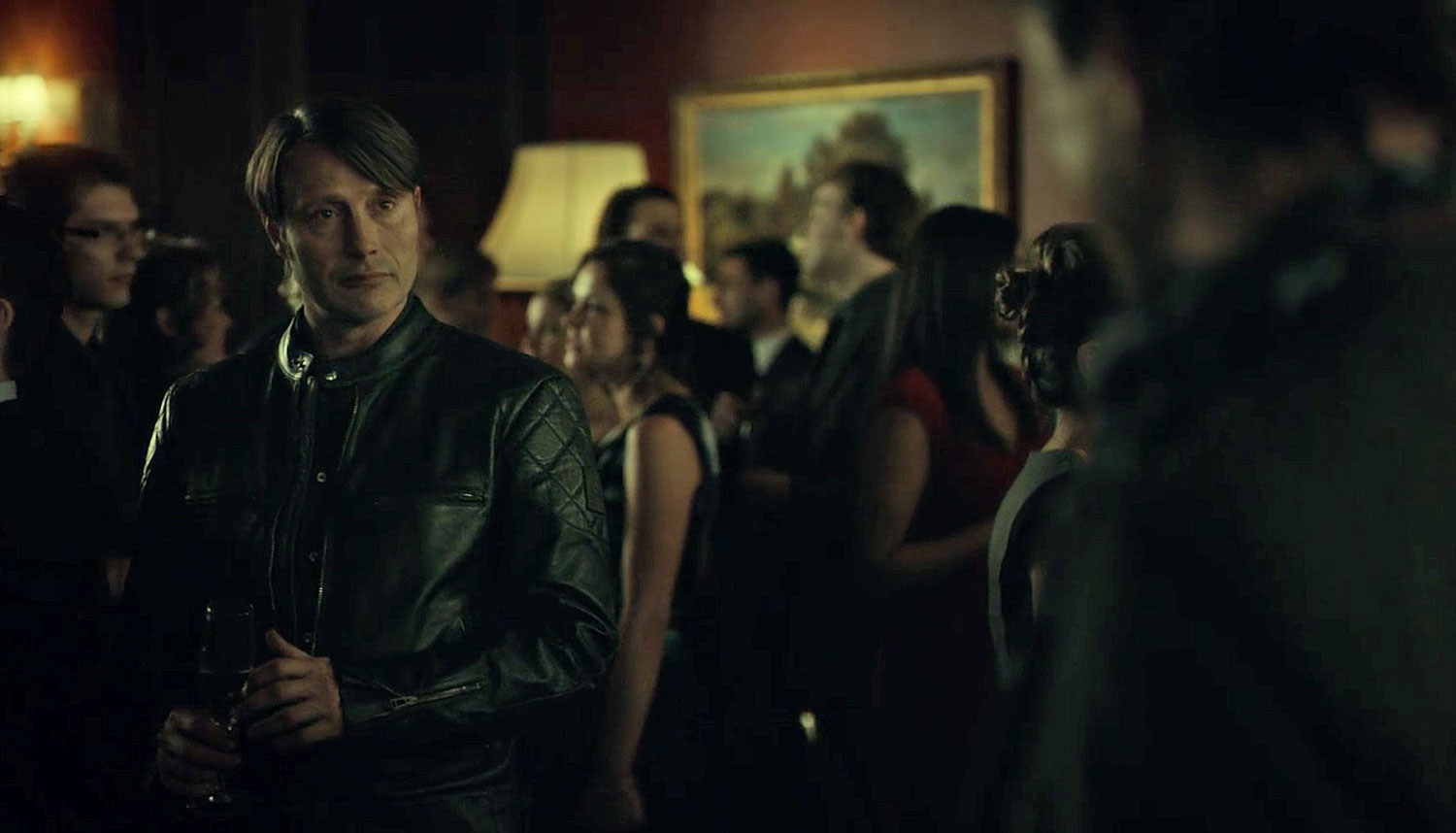 It’s a great way to kick off the series. Immediately we see Hannibal is now international. Whereas in Season 1 & 2 production never left Toronto, we can see the scope and ambition for Season 3, just in the opening vignette of Hannibal cruising through Paris on his motorbike.

According to the customer service team at Belstaff this is the original 2015 Outlaw jacket. When I asked them on whether the design had changed over the years they responded,

I can confirm that the Outlaw jacket has changed over the years since 2015. According to the history I have [seen] there has been no change in the last two years. However, the style has changed since it was first released. Changes can include minor details such as updated hardware, which are the buttons or snaps and zips. Also, the Belstaff logo patch may change slightly. However, the cut of the jacket and main characteristics remain the same. 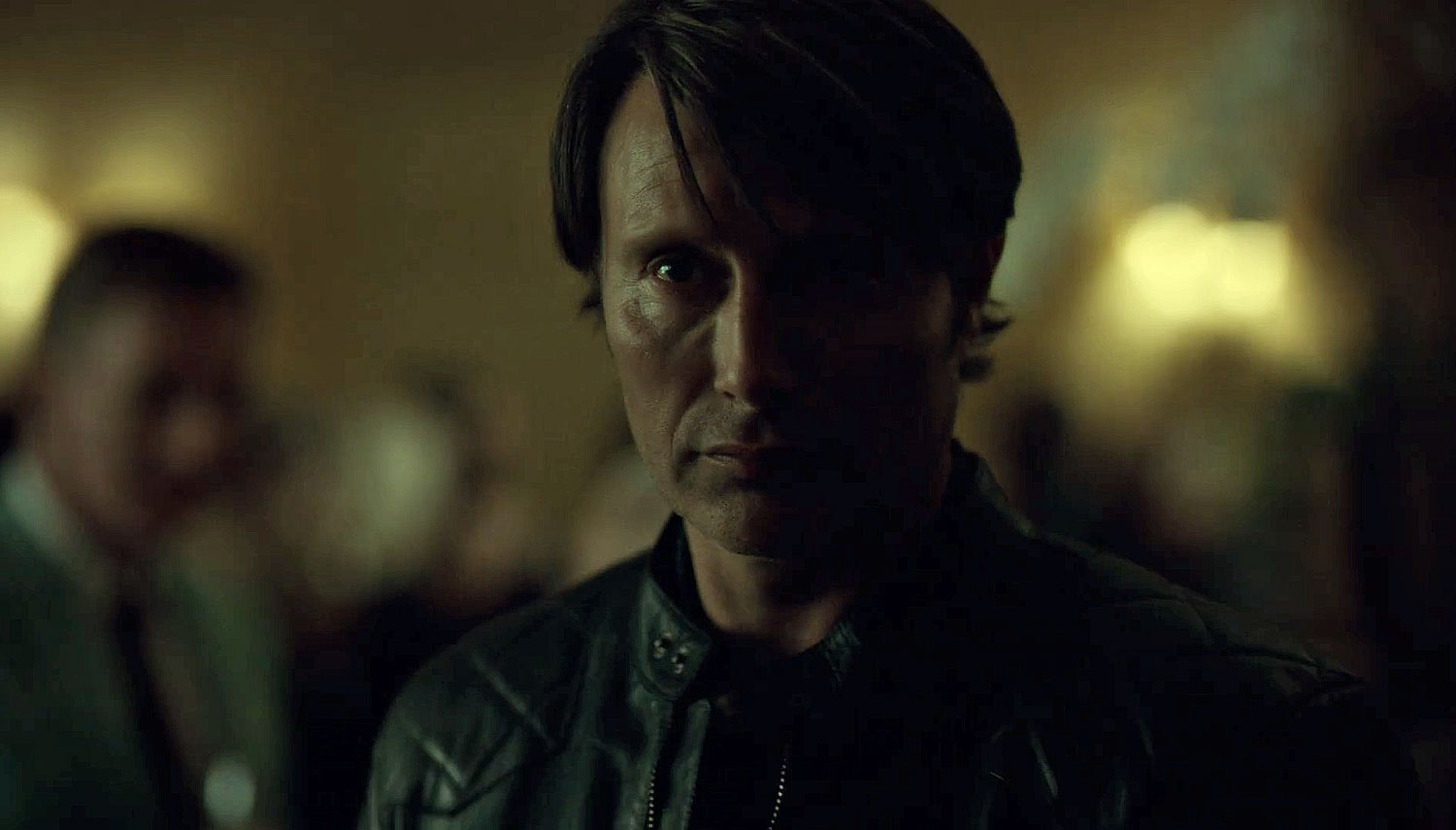 Whereas in the book and film Hannibal, we know he moves to Florence and begins a new life there. Here we have this Bikers Jacket as an establishing shot of Hannibal in a new era of his life. He is in a time of transition. From wealthy and respected psychiatrist, to rogue mysterious biker, on an audacious hunt. 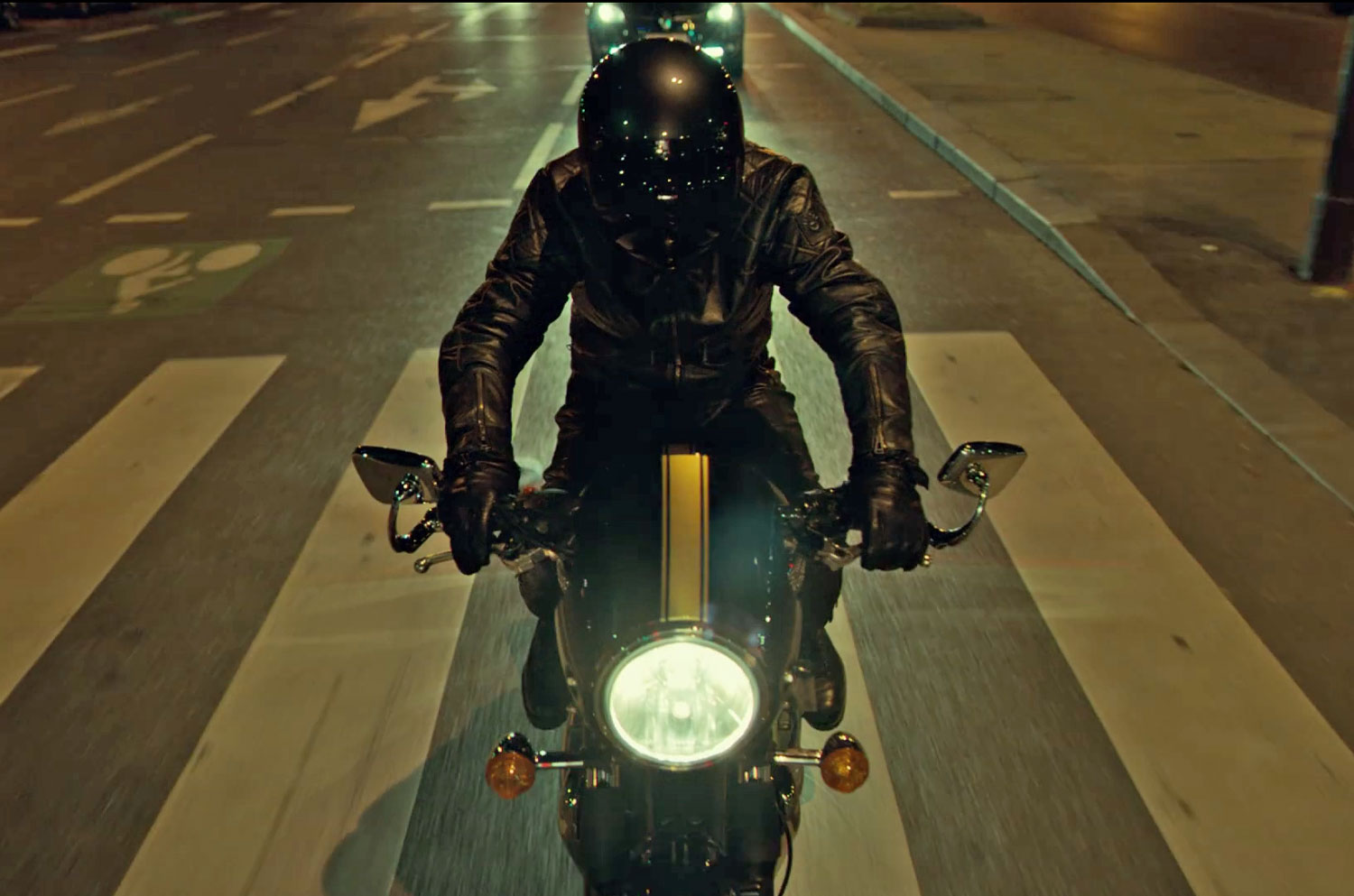