Blenheim Palace – Facts About The Filming Of Spectre

I enjoyed a wonderful visit to Blenheim Palace. You’ll excuse the quality of the pictures, the weather was quite dire so just took these on the phone. I’m also dressed quite woefully, this blog is repurposed and written before I really cared about my appearance. 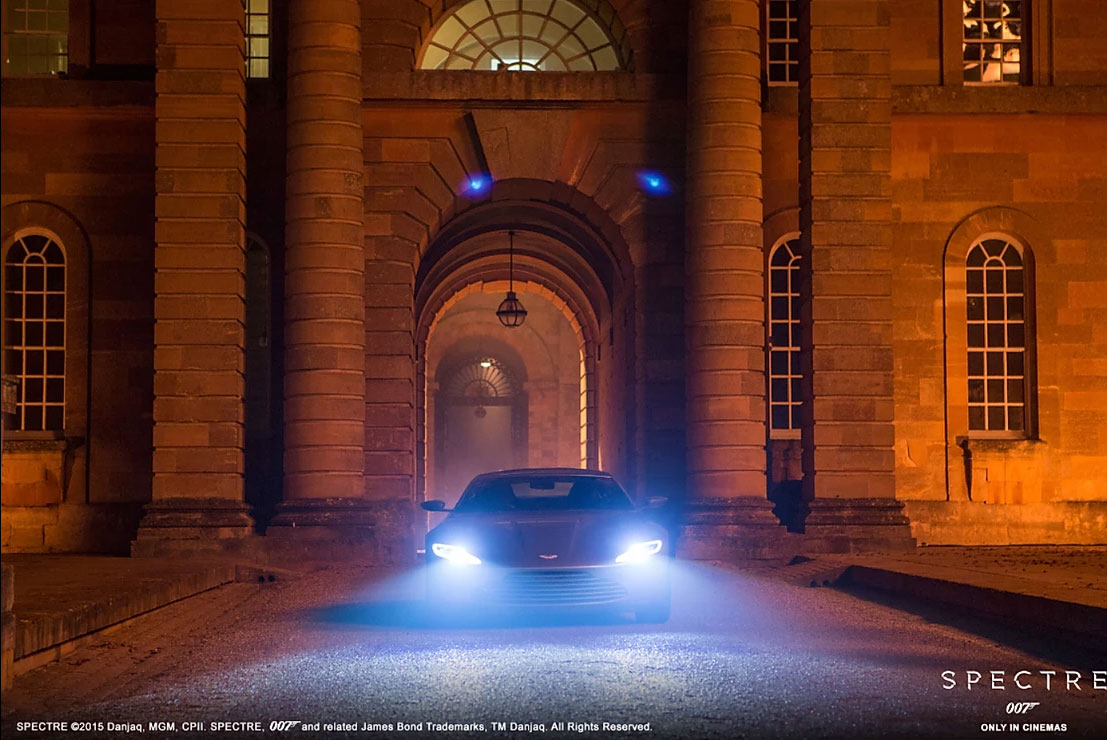 Blenheim Palace is where they filmed James Bond escaping from the Spectre meeting. The actual meeting was filmed in Pinewood studios.

I got talking to the staff at Blenheim Palace and got some first hand information about what happened during the shoot. 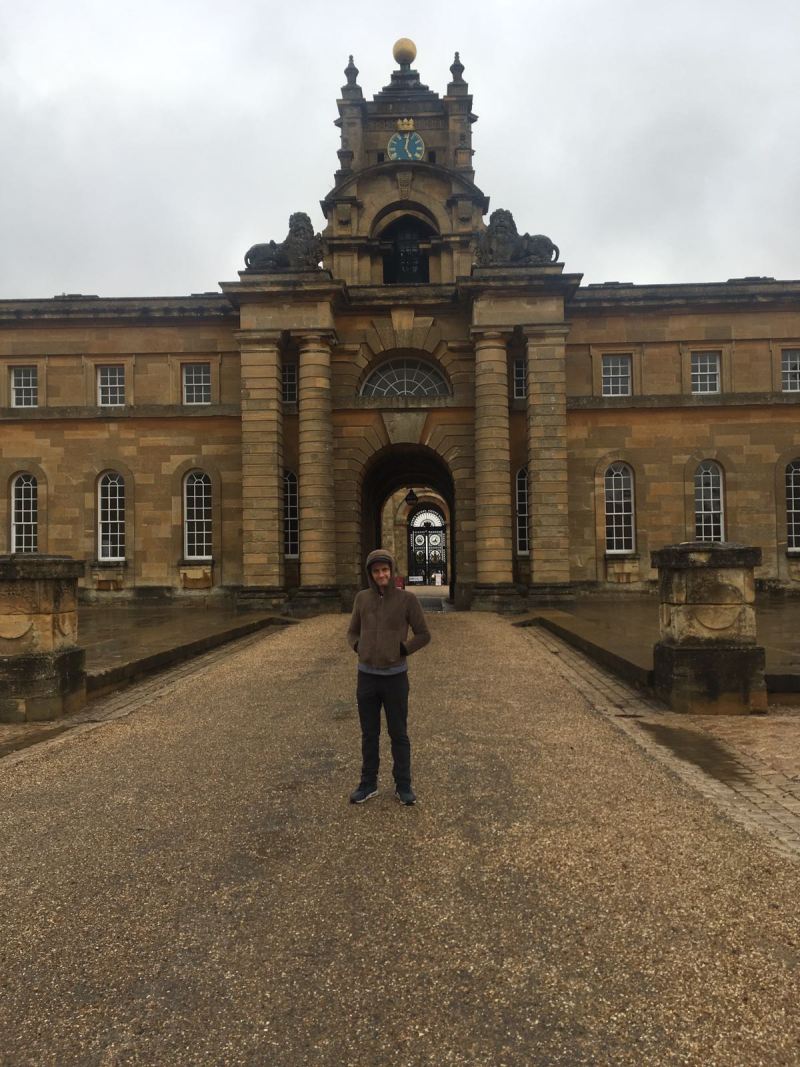 They cleared all the gravel because they didn’t want the cars to get scratched. Daniel Craig didn’t come out of the trailer to say hello to staff, unlike Tom Cruise who was very friendly to staff during the filming of Mi5. 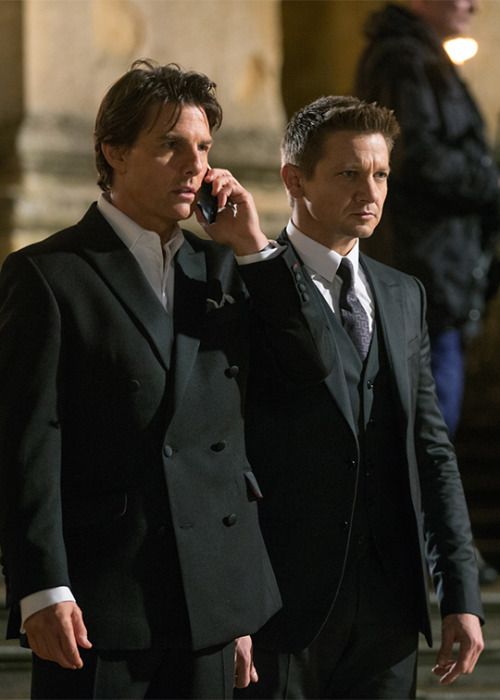 They filmed the Mission Impossible: Rogue Nation in December here, (2014) and Spectre in January (2015).

The gunfire that was used for this escape scene was so loud it distressed a poor cat of one of the staff that lives here. 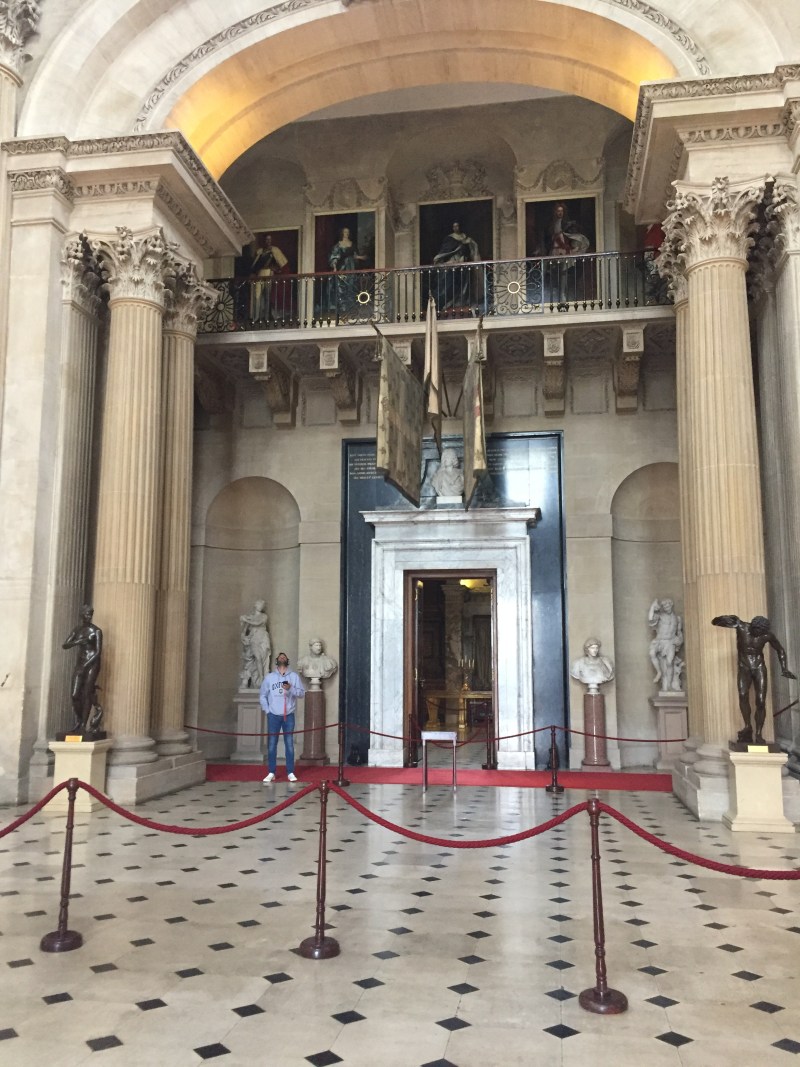 The Great Hall inside Blenheim Palace

Although on the Blenheim Palace website it tells me the scenes were filmed in The Great Court and the Grand Bridge.

I’ve studied that scene innumerably, when I’ve been alone in the house. You could have said it was filmed in the caves of San Monique and I wouldn’t have known. 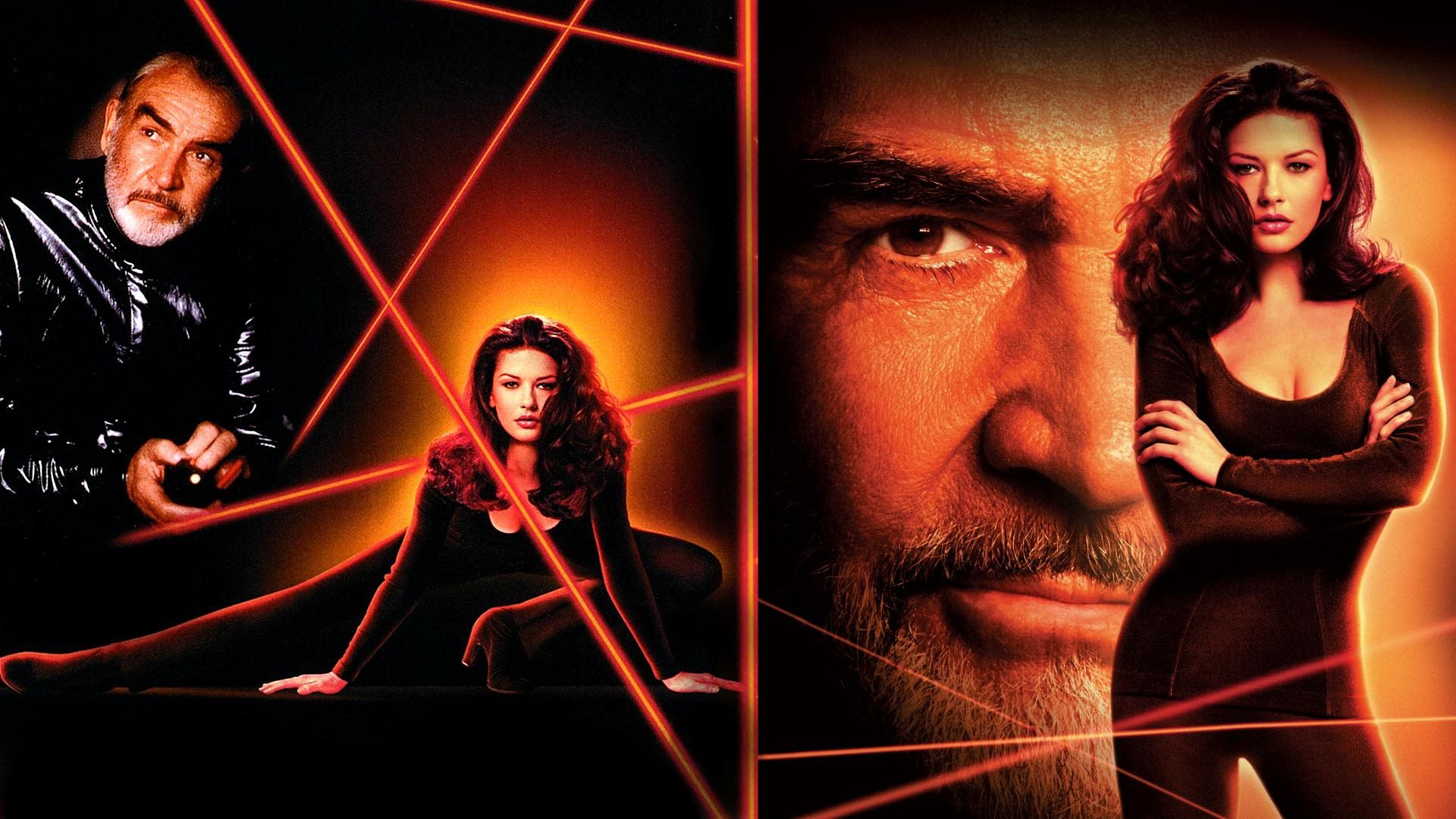 Previously one of the Transformers films was filmed here and it caused great controversy as the scene required huge Nazi banners. Obviously this being the birth place of Winston Churchill, you can imagine how that might have caused a stir. 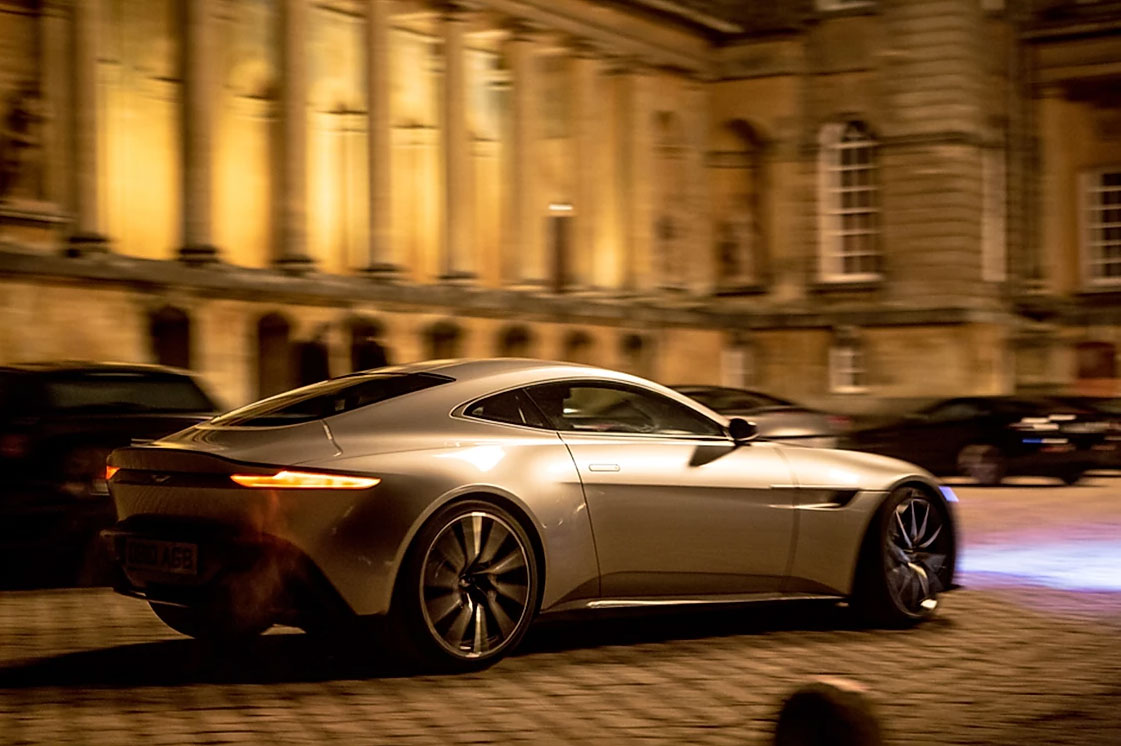 And Robert Downey Jr is a nice guy

By all accounts Robert Downey Jr is a nice guy according to staff. He filmed Dr Doolittle here and was very accommodating and approachable. 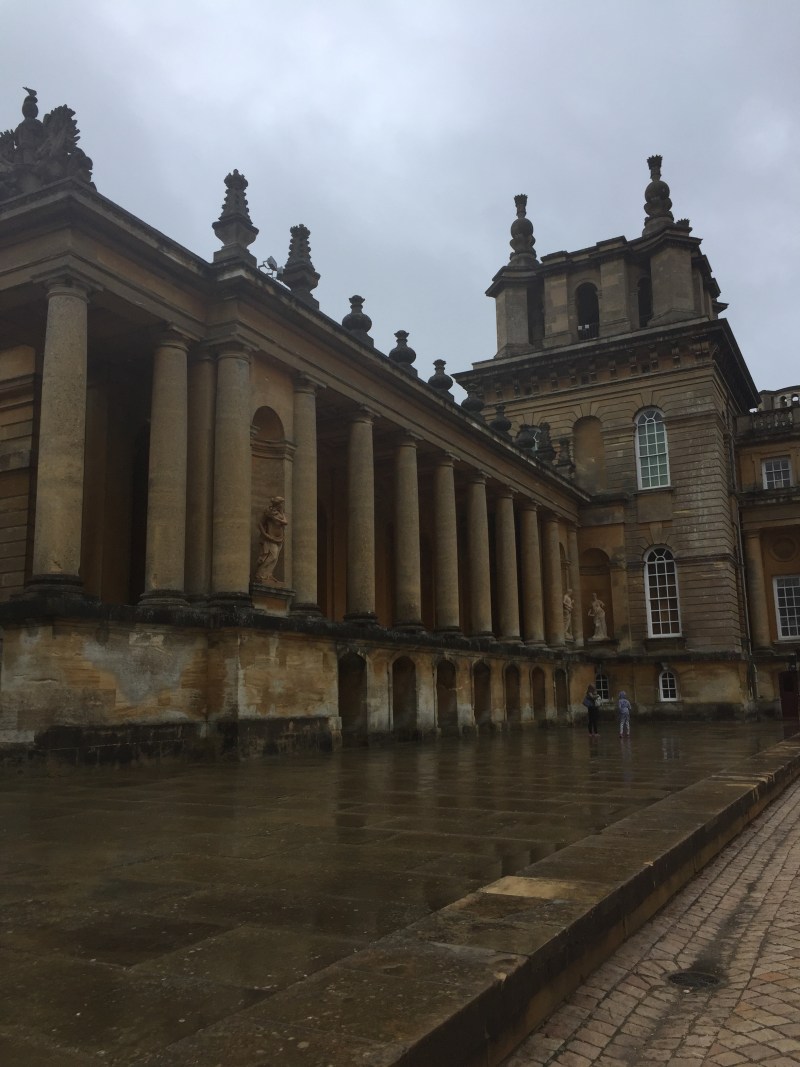 What Else Can You See In Blenheim Palace? 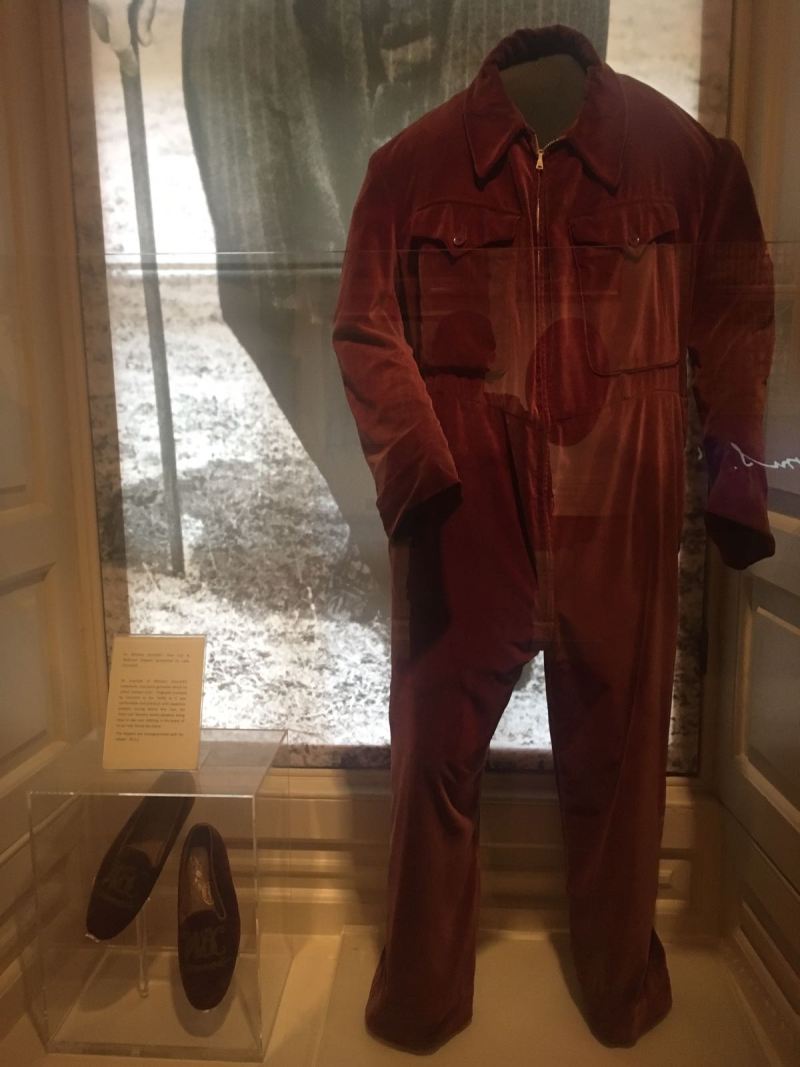 It was a one-piece garment he called his Romper Suit. (Perhaps the very first onesie?) He invented the garment in the late 1930’s as it was comfortable and practical, with capacious pockets. 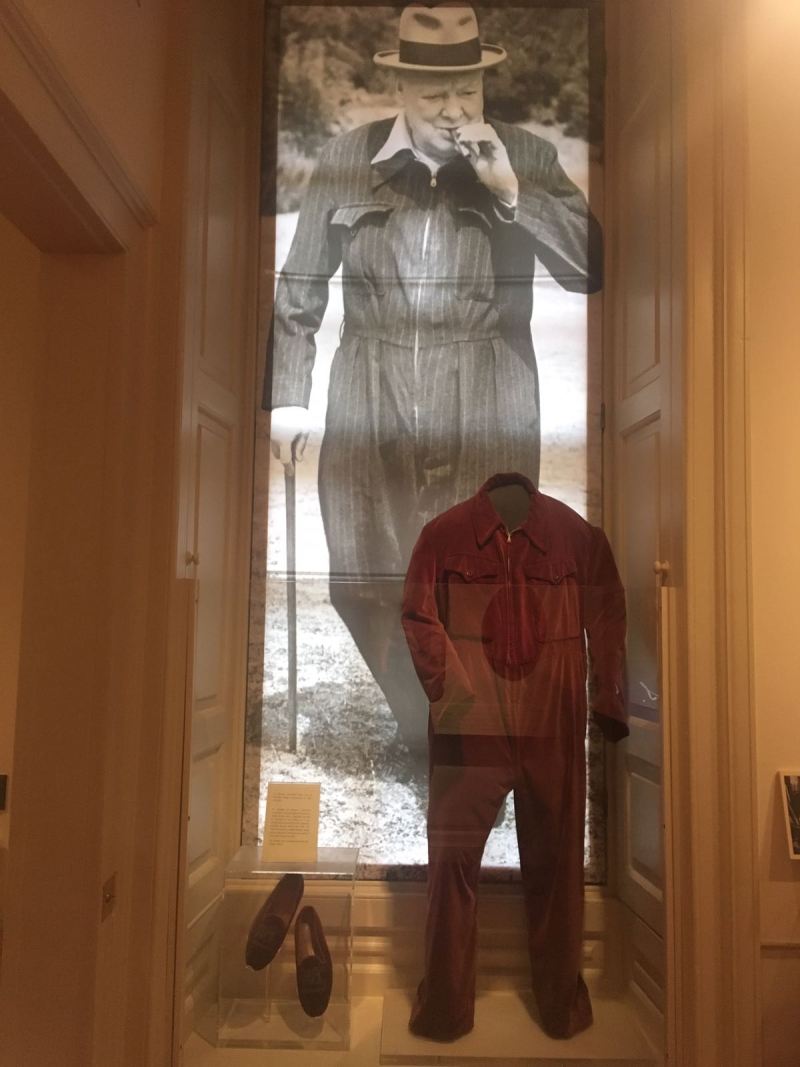 Why it’s called a Siren Suit

During World War 2 the Siren Suit became widely adopted , being easy to slip over clothing in the event of an air raid, hence the name. 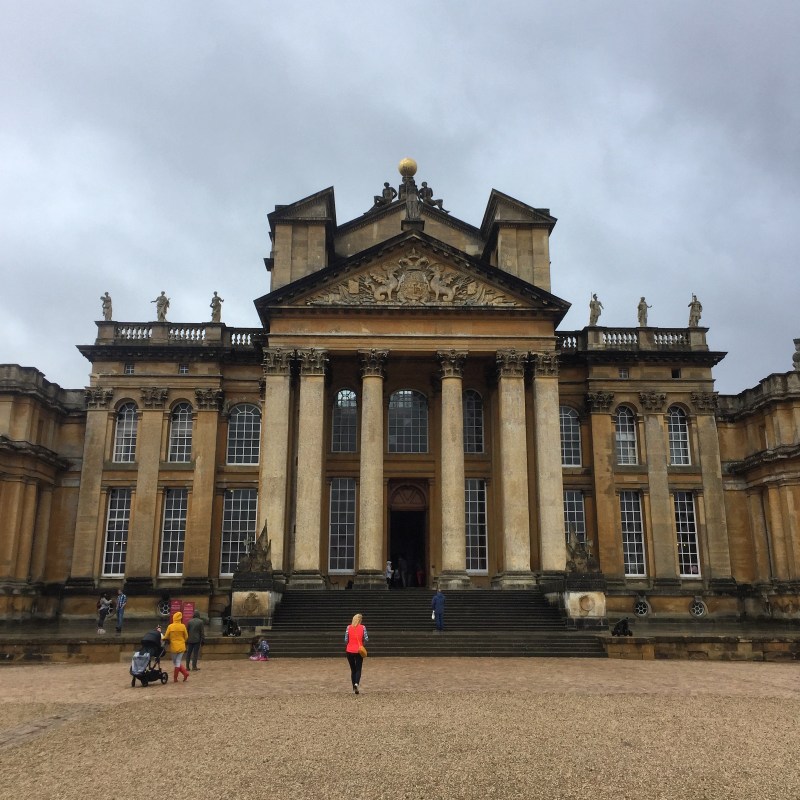 What did James Bond wear to Blenheim Palace?

Ok this is just for fun, don’t forget Matt Spaiser is the maaaaaan to check out for this. I’m guessing this is the same suit that Bond wore to the funeral of Sciara before bedding Monica Bellucci. Yum yum. Matt and I recorded a podcast called Enjoying Death – the suits that James bond wears to a funeral. 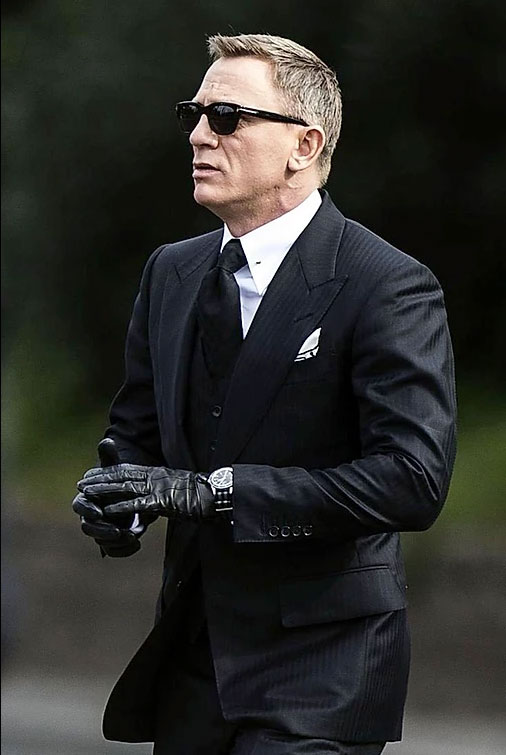 You don’t get to see much of the suit under that magnificent 8×4 Double breasted overcoat that he wears, and the lighting in the Spectre meeting is also deliberately low.

However, in Bellucci’s palatial estate and within the penumbra of certain shots, you can see the suit is black with pale thin grey strips. There is a sheen quality to the fabric so possibly silk or mohair tonic. 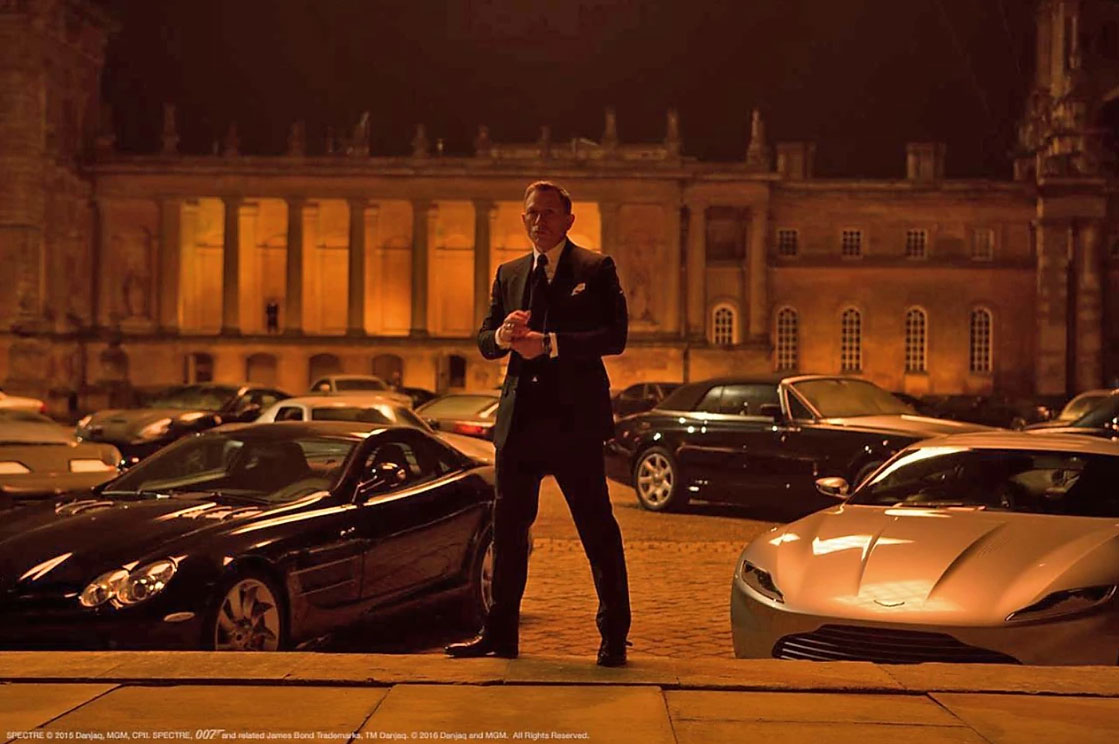 The peak lapels are some of the widest we’ve seen on Craig and the tie is also close to kipper-esque in size. Here Bond is allowing his inveterate commitment to modernist thin-lapelled suits to slacken slightly, after all, when in Rome.

He is wearing a long point pin collar shirt with cocktail cuffs. (Only evident when he is redressing after slipping Monica one. Yum Yum). The waistcoat looks to adhere to the traditions of Savile Row with the six buttons only Tom Ford has made this his own with the barchetta breast pocket. 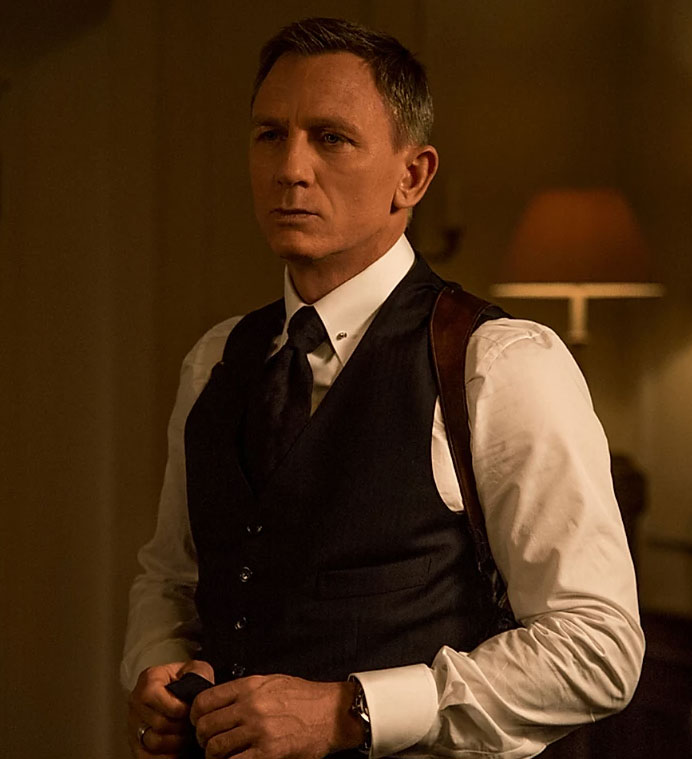 Oh, Danny-boy is also at his most popinjay here with the pocket square. I can’t tell the fold. I’m sure Matt has covered everything you need to know on his site The Suits of James Bond.

All images featuring Daniel Craig or the Aston Martin DB10 have been sourced through ThunderBalls, the unofficial James Bond Picture Archive.