A Guide To James Bond Cars – Bond In Motion

This is an article about James Bond Cars. It features original imagery taken from my visit to Bond in Motion in Covent Garden.

Aston Martin provided two cars for film use in Goldfinger. 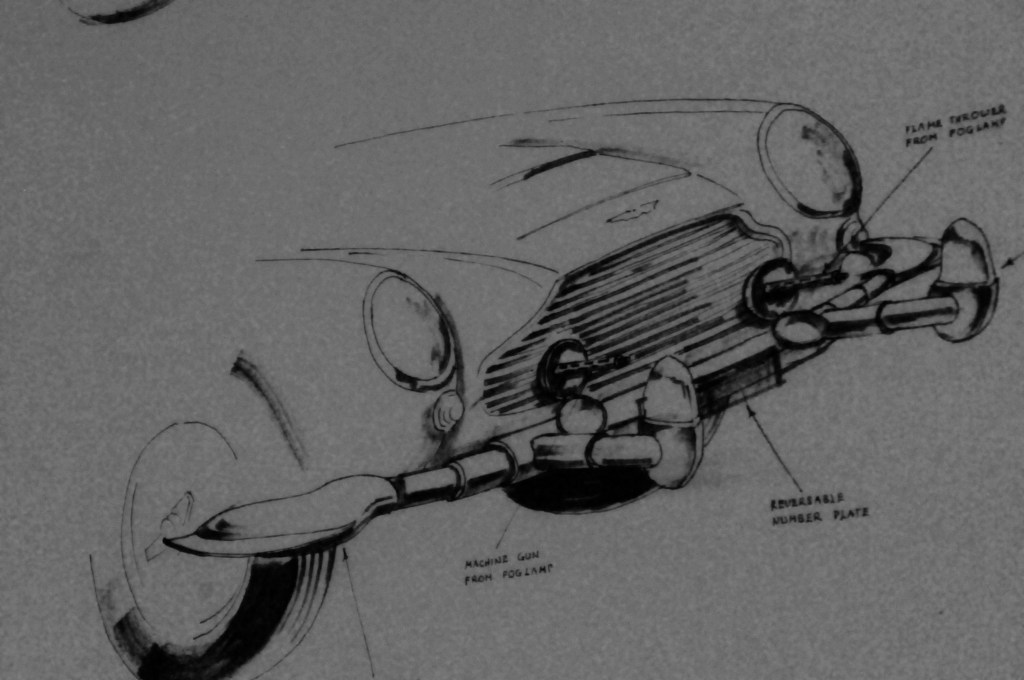 DOES BOND IN MOTION HAVE THE ORIGINAL ASTON MARTIN DB5 FROM GOLDFINGER?

Nope sadly not. There were two cars used for the film; one ‘road car‘ one ‘effects car‘.

However, a recent article in The Telegraph by Patrick Sawer and Natasha Moufarrige have hinted that the car has now been found.

“Newhopes have risen that it may yet be recovered. A tip was received giving details of the Aston Martin’s  current whereabouts.

Its location, according to those supplying the information, is classic espionage territory – the Middle East.”

The Road Car is sitting on my driveway. (Only messing). The road car’s owner, Harry Yeaggy currently displays the car in his private Ohio car museum. 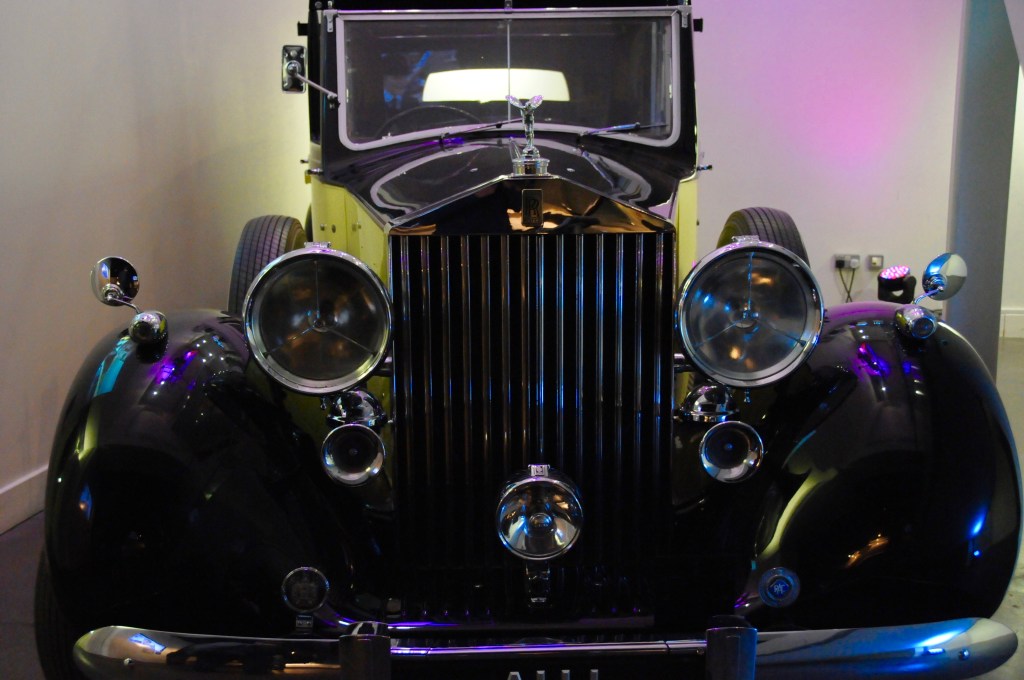 Goldfinger’s car, with the chemical symbol for gold on the number plate. (AU1).

The 1937 Rolls Royce Phantom III is the secret of Goldfinger’s smuggling racket at his factory in Switzerland. The Rolls-Royce bodywork was 24-carat gold.

Goldfinger played by Gert Frobe, joined the Nazi Party in 1929 at the age of 16 and left in 1937. During the Nazi regime, he aided two German Jews by hiding them from the Gestapo. 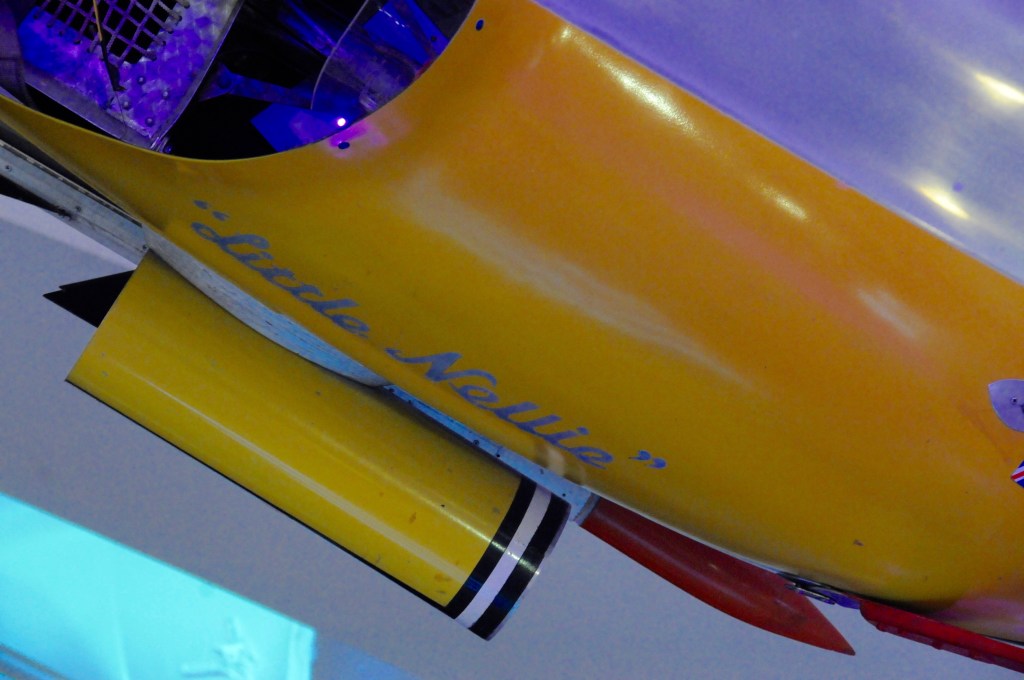 Little Nellie was James Bond’s gyrocopter, brought by Q to assist Bond in helping locate the enemy base for Spectre.

When Q (played by Desmond Llewelyn) turned up to gift Bond the gyrocopter the director had him wear stone Bermuda Shorts, which he hated according to an interview Roger Moore.

Little Nellie was named after Nellie Wallace, a British music hall star, actress, comedian, dancer and songwriter who became one of the most famous and best loved music hall performers.

Few Wallis autogyros have been operated privately, with nearly all of them being used for research and demonstration flying by Wallis (the inventor) himself. 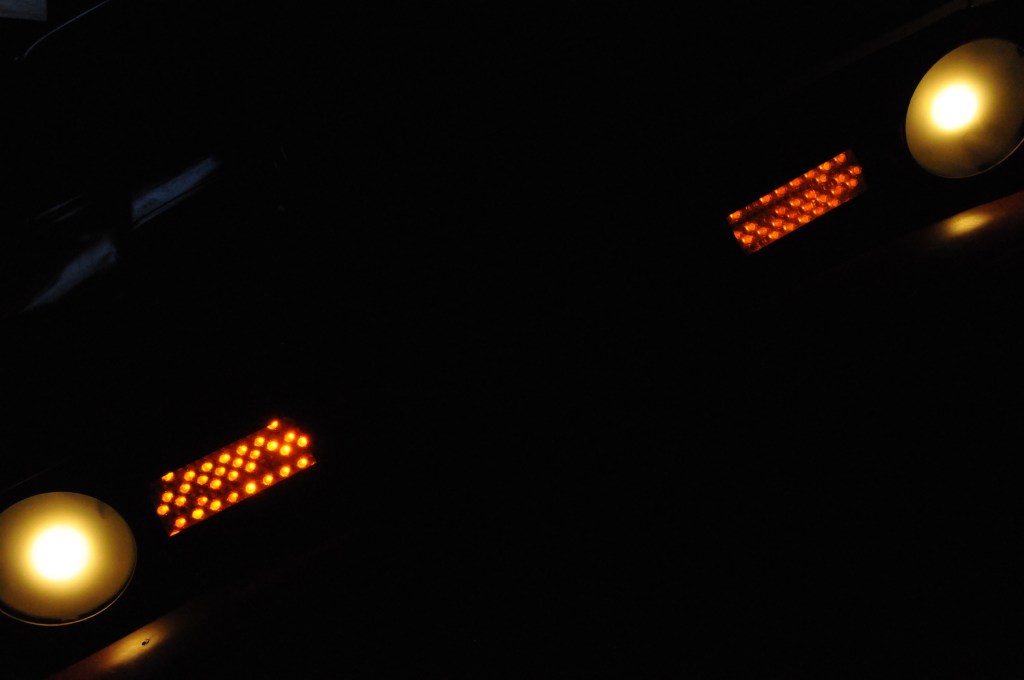 I should say at this point the lighting in Bond in Motion is not conducive for taking great photos. James Bond Cars deserve to be seen! The pictures are really hints of the cars, suggestions. I’d much rather you go down to the exhibition and see them for yourself.

Since the car chase in Las Vegas would have many car crashes, the filmmakers had an arrangement with Ford to use their vehicles.

Ford’s only demand was that Sean Connery had to drive the 1971 Mustang Mach 1 which serves as Tiffany Case’s car. The biggest continuity error in the entire franchise is in the car chase in Diamonds Are Forever.

The Mustang comes outside of the narrow street on the opposite side in which it was rolled, was filmed over three nights on Fremont Street in Las Vegas.

The alleyway car roll sequence is actually filmed in two locations. The entrance was at the car park at Universal Studios and the exit was at Fremont Street, Las Vegas.

It eventually inspired a continuity mistake. As the car enters the alley on the right side tires and exits the street driving on the left side. 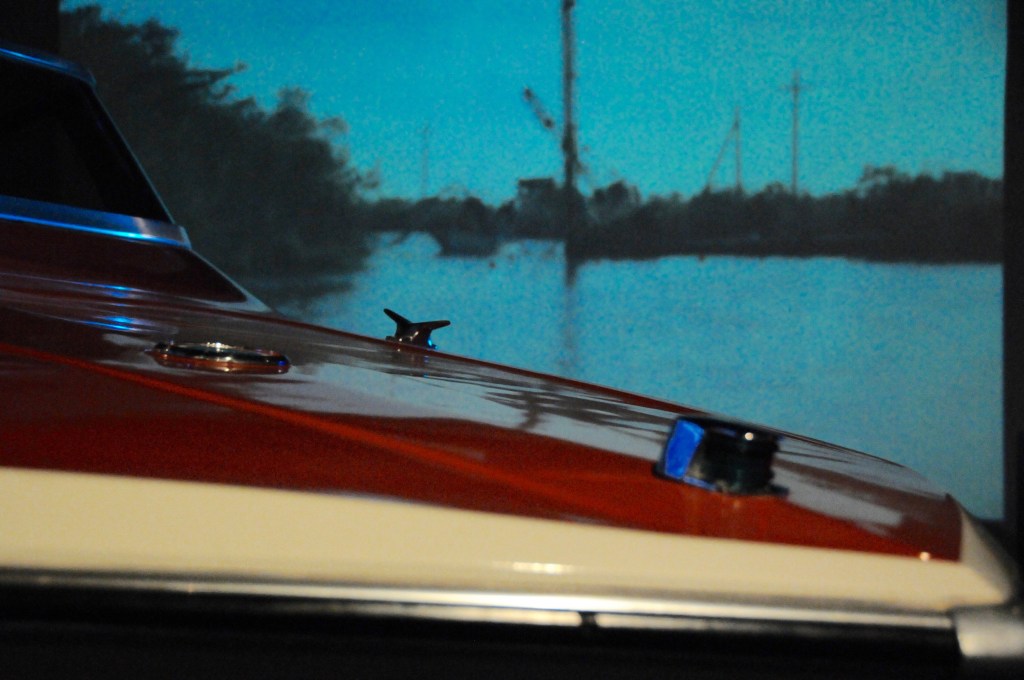 From the long boat chase across the Louisiana bayou in Live and Let Die, 26 – 1972 Glastron boats were used in filming and came direct from Glastron in Austin, Texas.

Many of the practice jump GTs were damaged, sunk, etc.

(The practice jumps did not go well.) The first GT jump captured on film was successful, was the only jump filmed and was the one used in the movie.

Original James Bond boats are not worth gazillions. The most paid for a Bond movie original boat was around $10k (and that would be for the Live and Let Die record setting GT-150!) back in 1996. 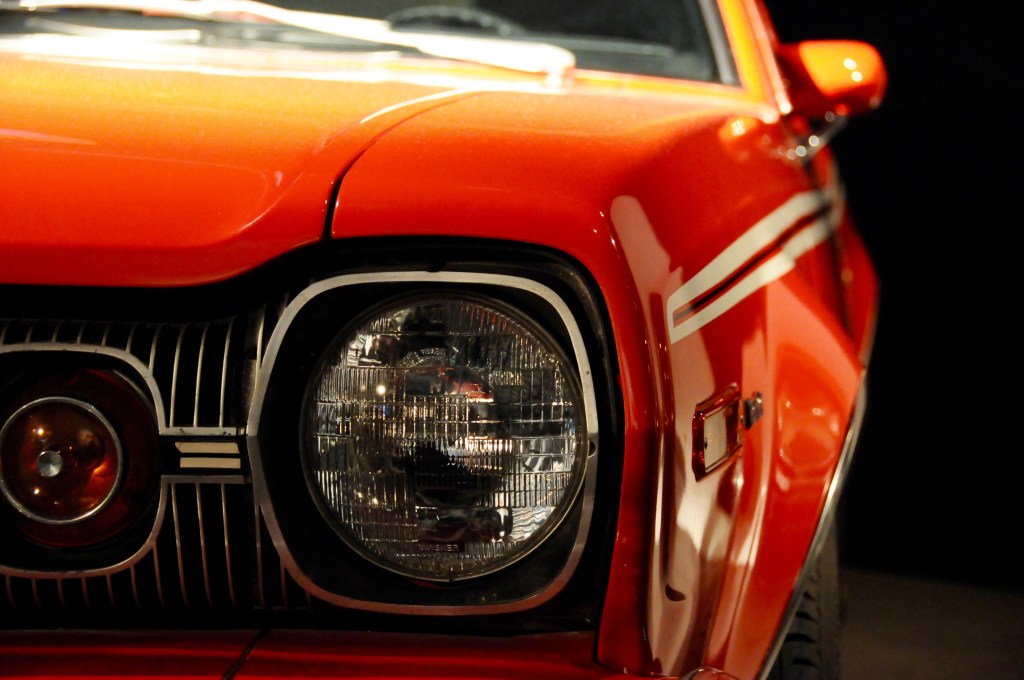 The AMC Hornet, personal favourite of all the James Bond Cars

Of all the James Bond cars, this is easily my favourite car in Bond in Motion.

This sporty hatchback from “The Man with the Golden Gun’ entered James Bond history when Agent 007 pilots the car across a broken bridge, performing a barrel-roll.

The 360-degree mid-air twisting corkscrew was captured in just one filming sequence by an uncredited British stuntman “Bumps” Williard.

John Barry admitted that his use of a penny-whistle sound effect to soundtrack the spectacular 360 degree car jump in the film was a mistake.

Barry admitted to breaking ‘the golden rule’ by undermining the dramatic and dangerous stunt in the sequence with an almost comedic sound effect. 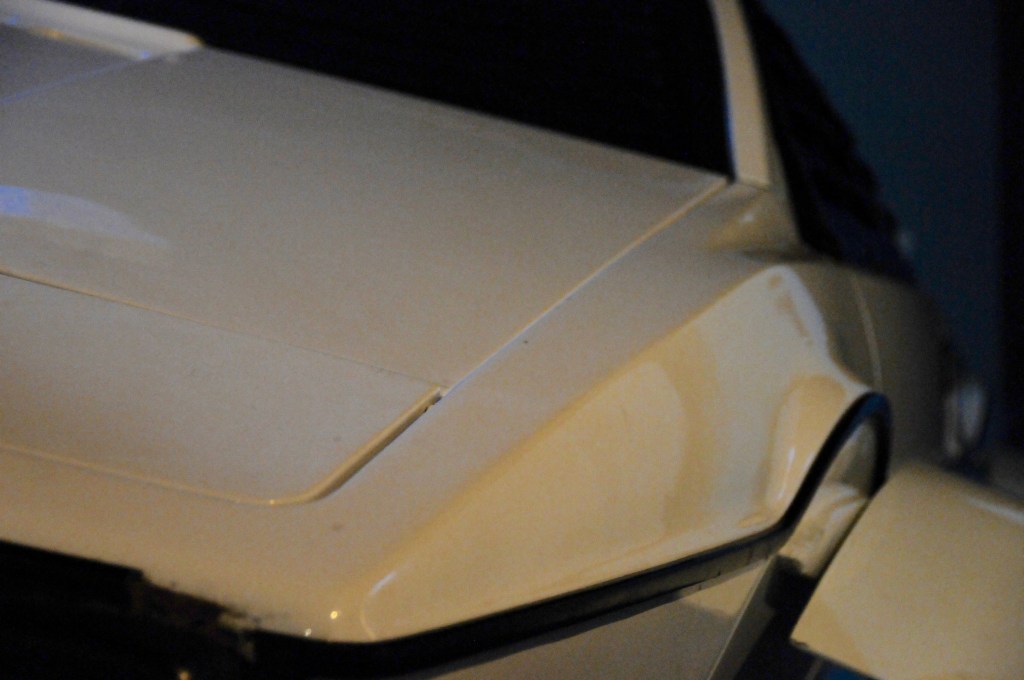 The LOTUS ESPRIT S1 from The Spy who Loved Me was affectionately known as Wet Nellie. 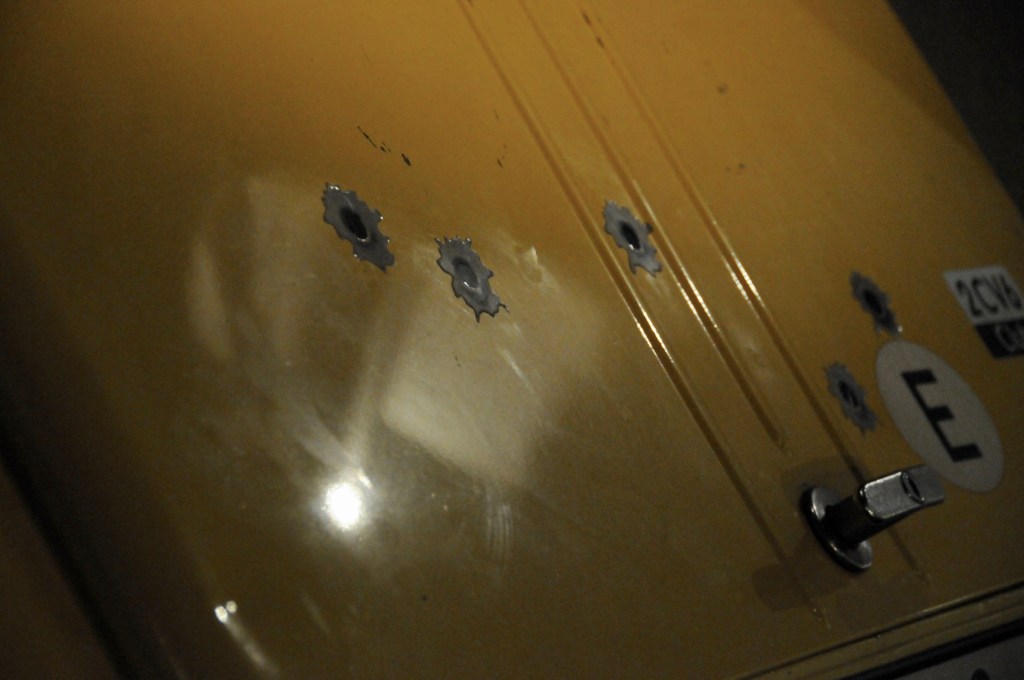 Take the low road,.. not that low.

The CITROEN 2CV that featured in the film For Your Eyes Only was fitted with the flat-4 engine from a Citroën GS which more than doubled the power. In one scene the ultra light 2CV tips over and is quickly righted by hand.

Citroën launched a special edition 2CV “007” to coincide with the film; it was fitted with the standard engine and painted yellow with “007” on the front doors. AND fake bullet hole stickers. 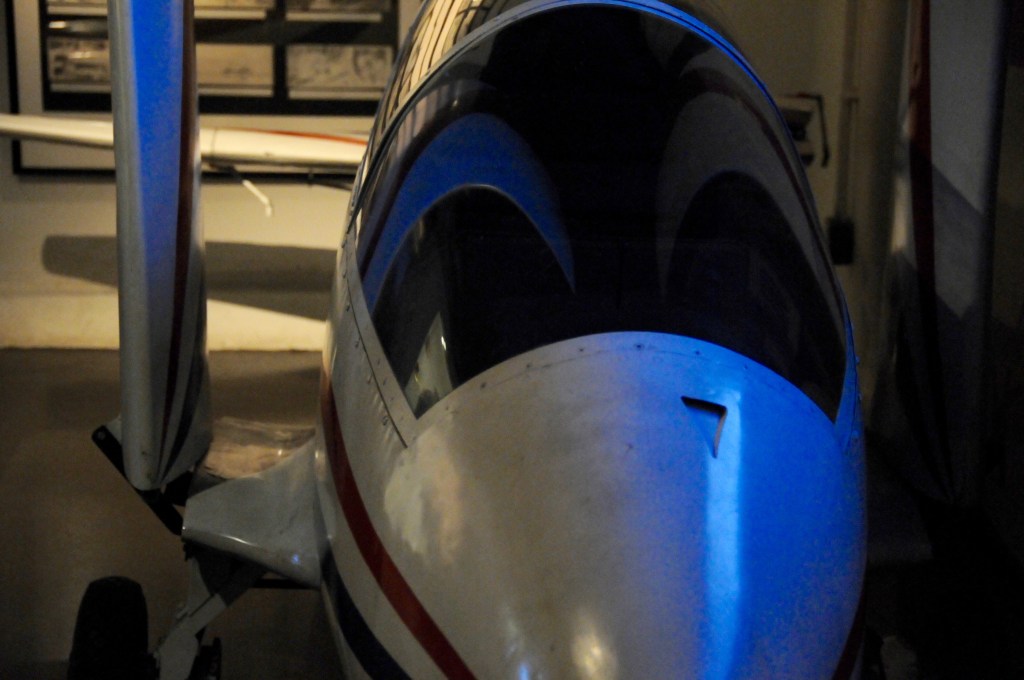 The Acrostar has a long history of reconnaissance and military training uses and enjoys United States Department of Defense certification.

For more than 25 years the jet held the Guinness World record for the World’s Smallest Jet.

It was pilot John William “Corkey” Fornof who discovered the Acrostar and recommended to Bond producer Cubby Broccoli that a pre-titles sequence be staged to involve the microjet.

As seen in Octopussy

Corkey built and tweaked the jet for use in the film Octopussy and as such inventor Jim Bede went uncredited. However, despite the craft having its name missing from the credits Bede gained a boost in interest when 007 piloted the light and nimble craft in the 1983 film. 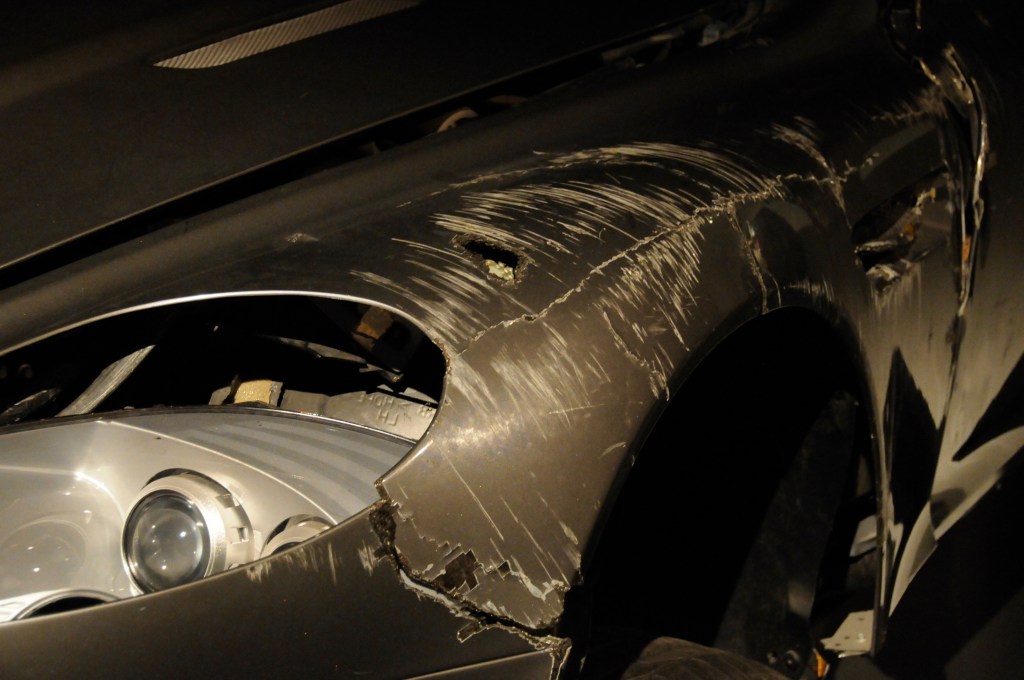 The ASTON MARTIN DBS V12 used in the film Casino Royale has a top speed of 191MPH. For the first real take, the stunt DBS was driven at 70 mph up to a taller 18 inch ramp.

The car took off but landed back on all four wheels. As a back up, the team moved to the second of the stunt DBS and installed a nitrogen gas powered ram to punch the tarmac at the correct moment to start the car rolling.

At a speed of 75 mph, the ram was deployed and the DBS started to roll. And it didn’t stop rolling until it had competed seven complete barrel rolls, a new Guinness World Record.

The car landed back on it’s wheels and Adam Kirley, the driver walked away unharmed. 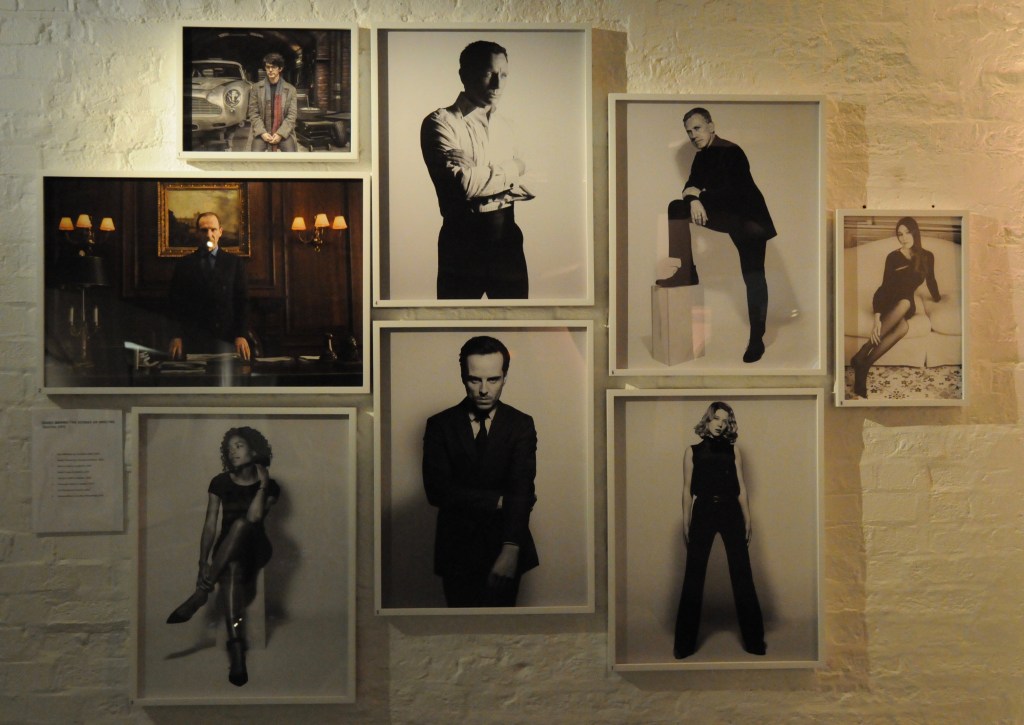 WHAT ELSE CAN I SEE IN BOND IN MOTION?

In the museum currently are costumes on display from the franchise. Such as the tuxedo worn by Daniel Craig in Casino Royale, and the reversible sporting jacket worn by Roger Moore in Octopussy.

Tickets for Bond in Motion can be bought online at The London Film Museum and the closest tube station is Covent Garden.