The Reversible Tweed/Military Jacket From Octopussy

OPERATION: A LOAD OF OLD BULL

Footnote – I am transposing this article from my other blog Human Research as it will be more appropriate to live on this site. 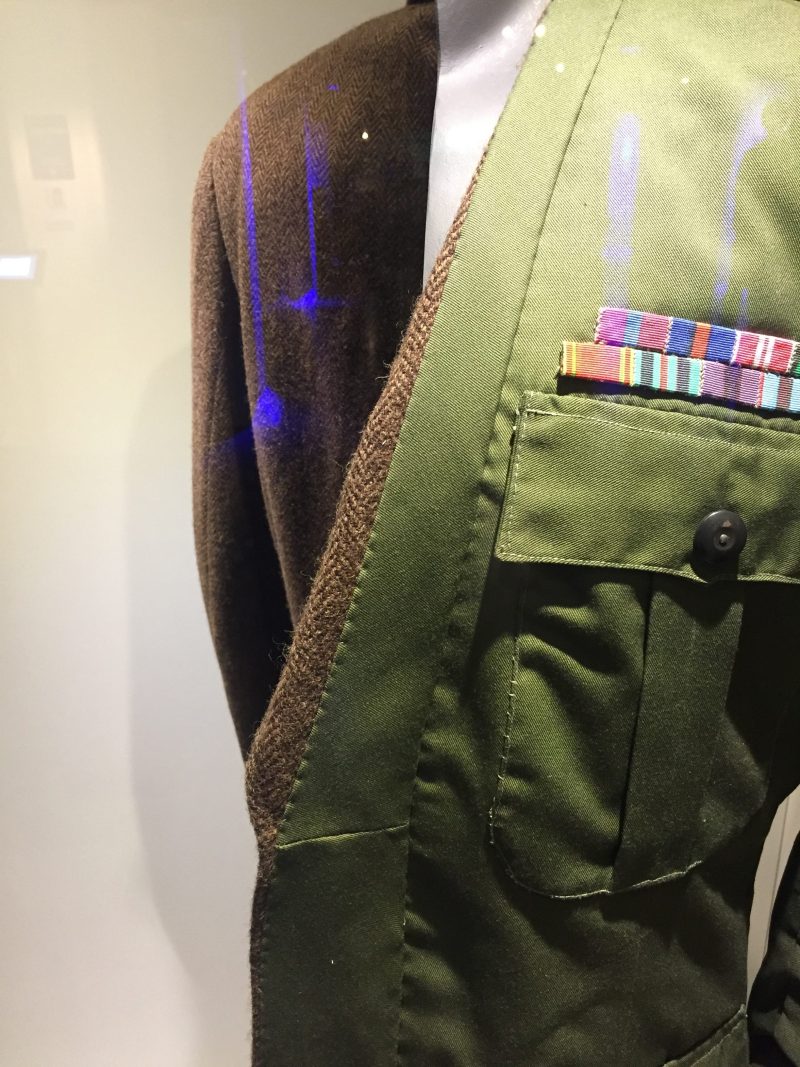 If you’re interested in learning more about this reversible jacket or any other James Bond outfits then I’ll refer you to the authority on this subject, Matt Spaiser who runs Bond Suits. I won’t be transposing his work here but I can add a little more detail now that I’ve seen the garment close up. 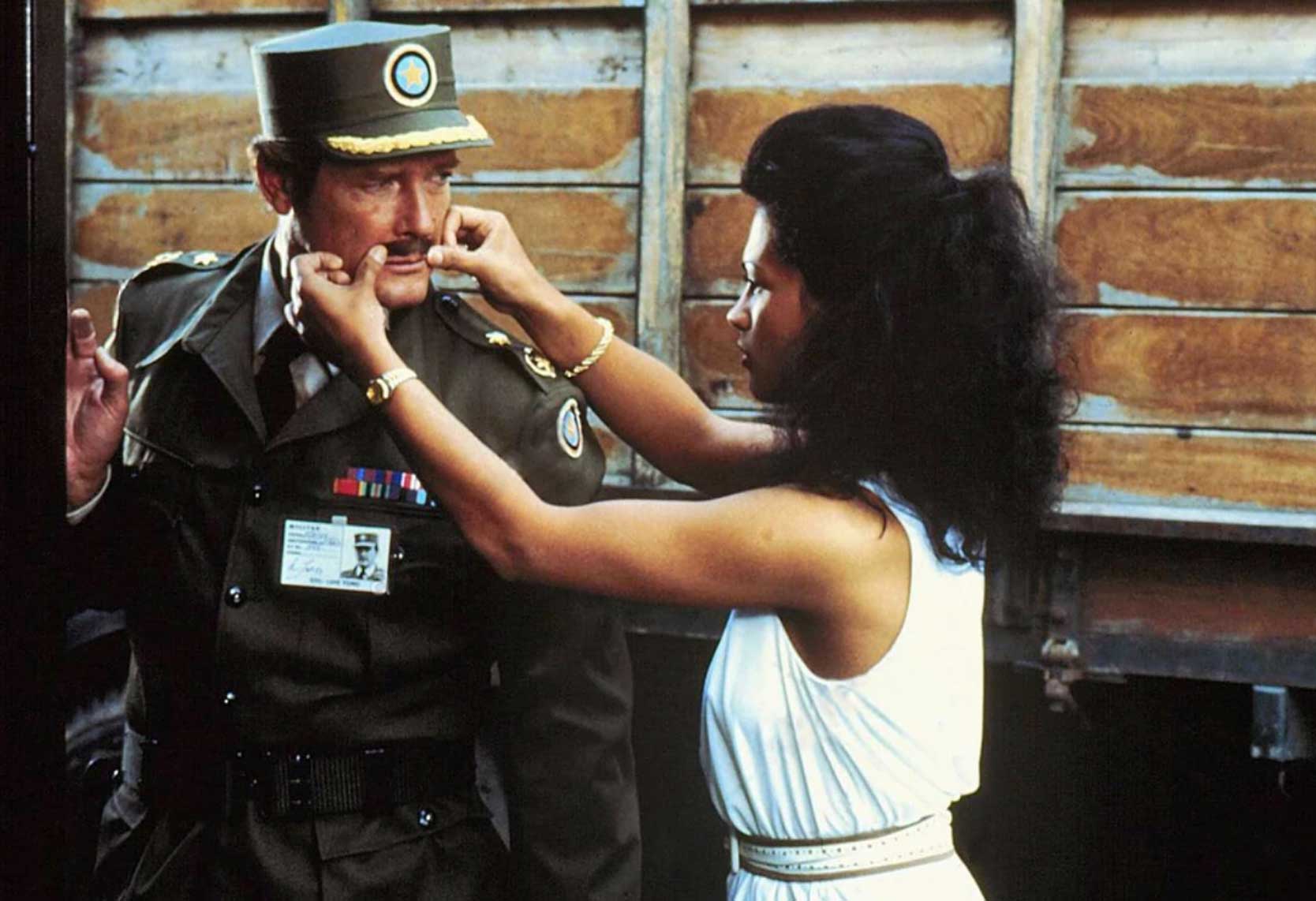 The brown tweed sports jacket is a herringbone pattern with double vents. On the reverse Matt says it’s a single vent for the military jacket, which I’m assuming is true. They must have used a different jacket for the military scenes. You can also note there are three resin buttons on the sleeve.

Read our interview with costume designer for Octopussy, Emma Porteous and her work on the James Bond films in the book From Tailors With Love: An Evolution of Menswear Through the Bond Films, available on Amazon. 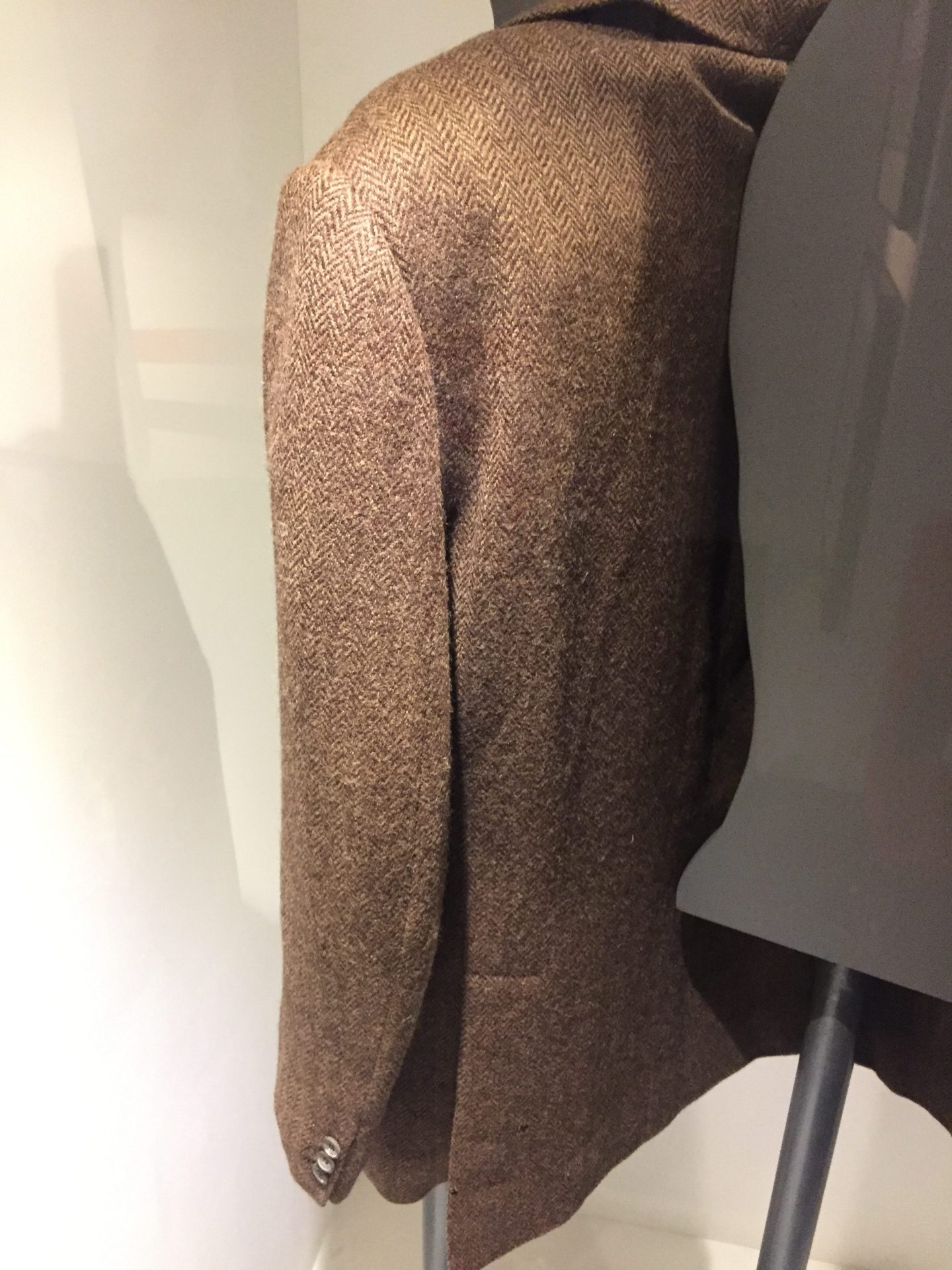 Again I’ll refer you to Matt Spaiser’s site on this one that goes into very fine detail. However, there is some discussion on whether the buttons are covered or not. Had I known this was a topic of contingency I would have paid closer inspection. 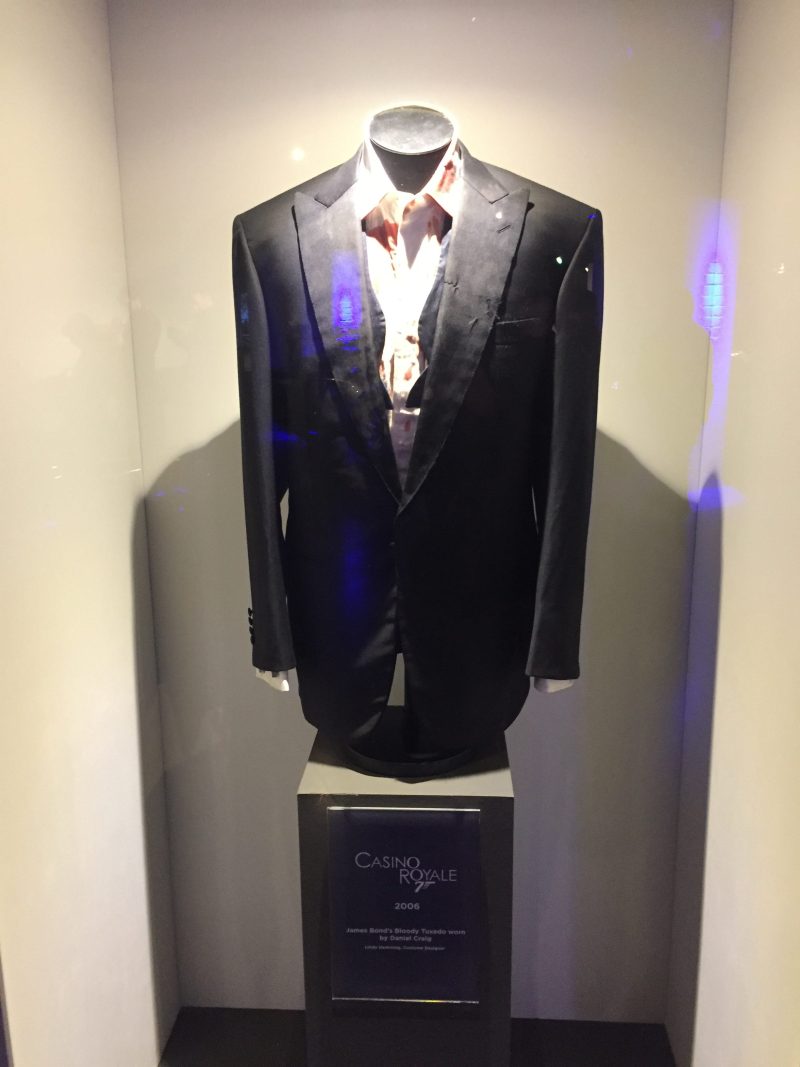 I’ve added some close-up pictures which are far from conclusive but I believe they are covered. Notice we are now missing two on the left sleeve. Where I differ from Matts review is that he mentions that the lapels are slightly on the narrow side, I would possibly say the opposite. Maybe a 3″ – 3.5″ lapel width isn’t narrow in my book. 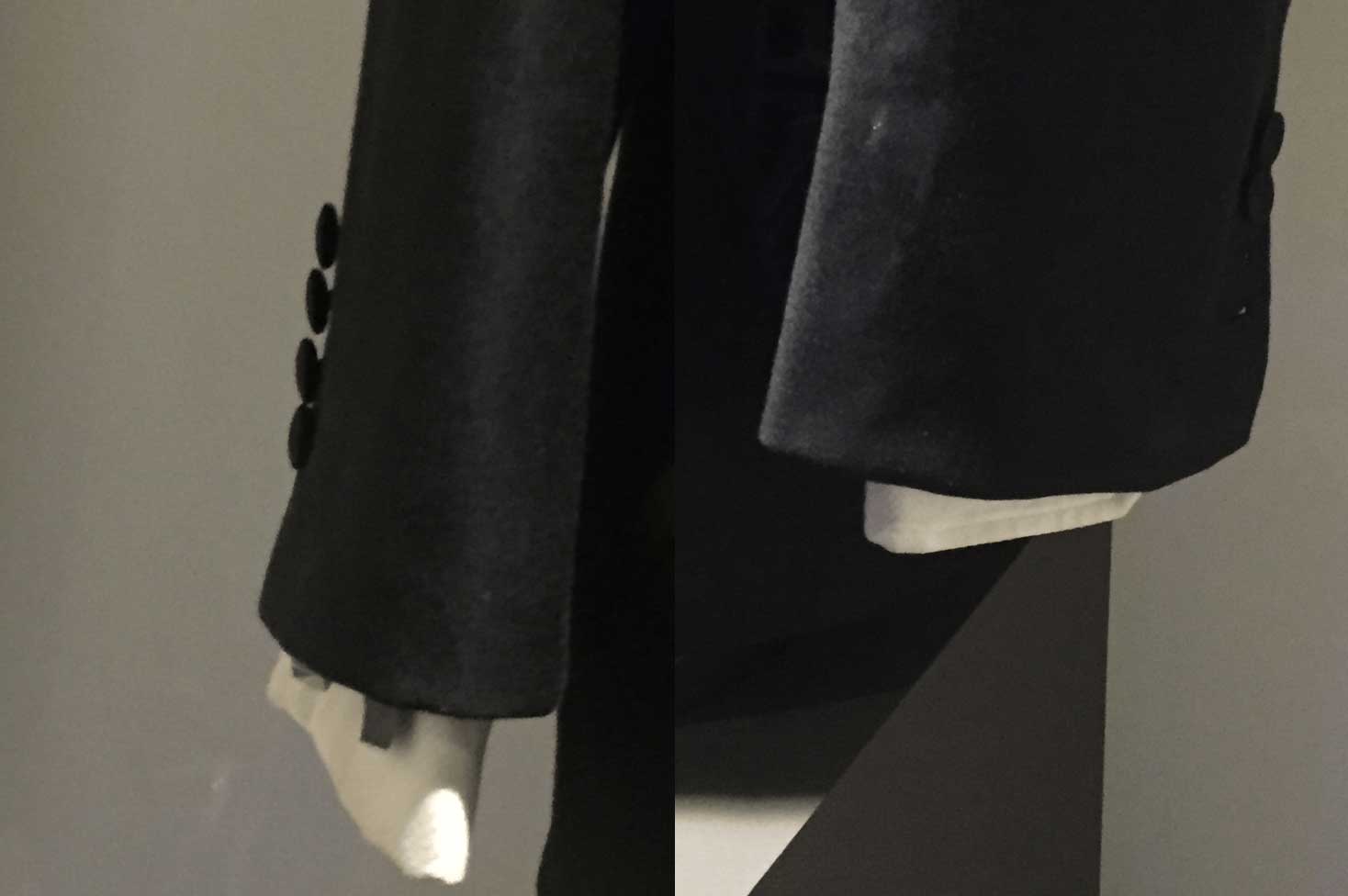 Coming up on the podcast

‘You changed your shirt Mr Bond.’ – Le Chiffre. Well he could hardly carry on with all this claret on his lovely Turnbull & Asser shirt. But did he get back into the same tux I wonder? Or did he have to settle for the dinner jacket that wasn’t the latter?

Matt and I will be discussing the costumes from Octopussy in an upcoming episode of From Tailors With Love. Check out all the episodes on the Podcast Page. 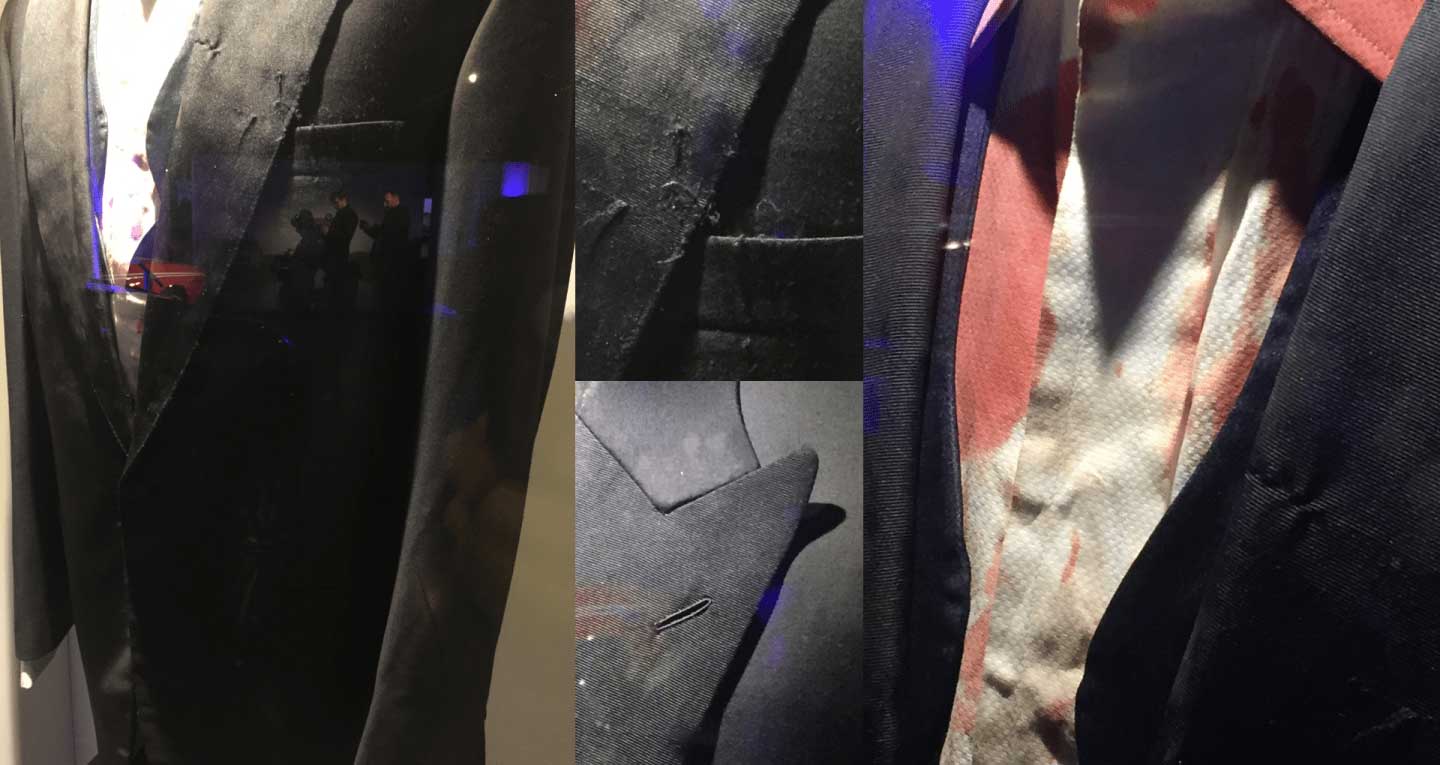 Tickets to the Bond in Motion exhibition cost £14.50 they also offer Student Discount and 65+ for £9.50. UPDATE: Oct ’21 Bond in Motion is no longer in Covent Garden. It is now part of the Petersen Museum in Los Angeles. More information can be found on the official 007 site.