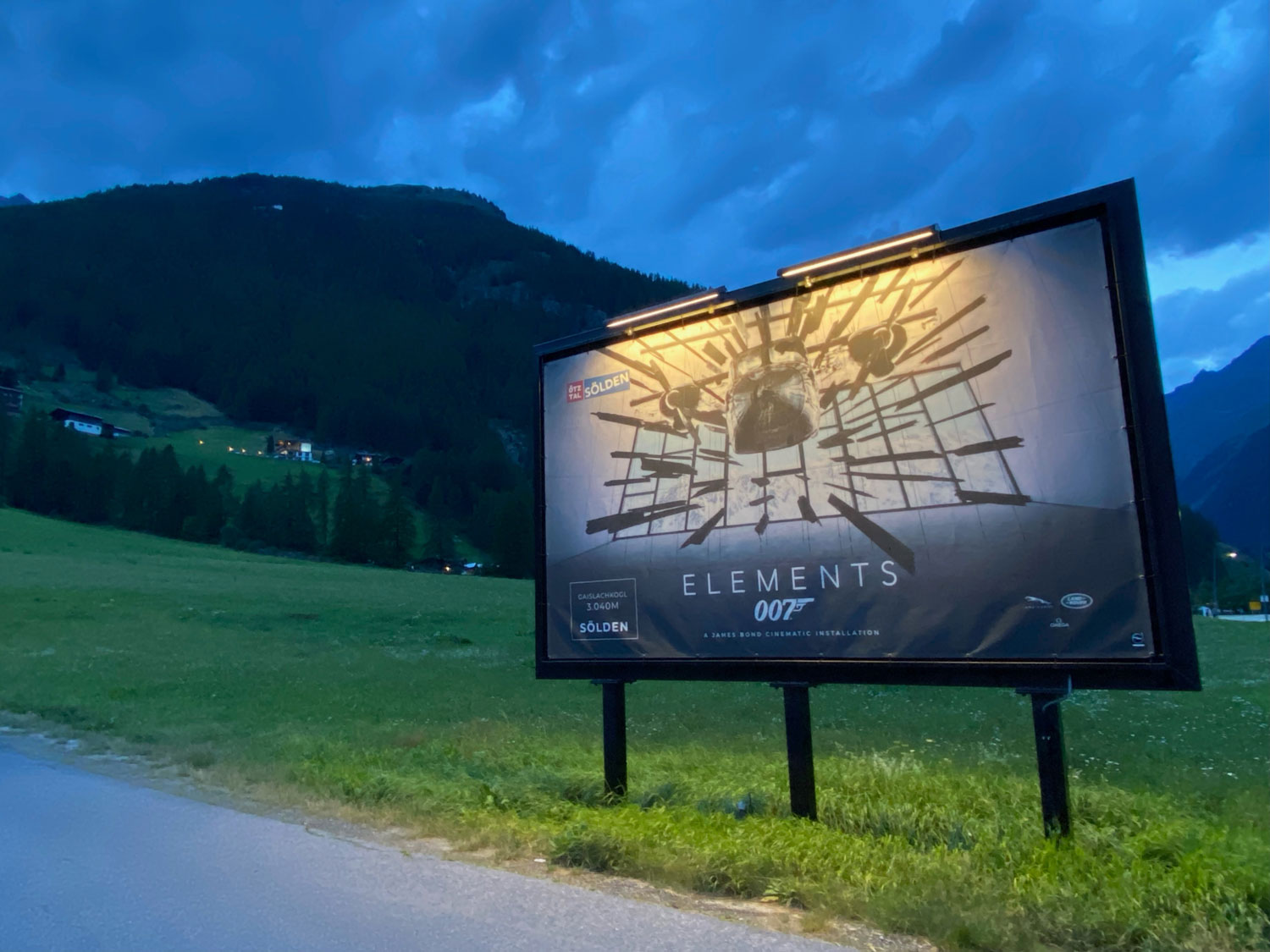 Today I wanted to share some thoughts on the 007 ELEMENTS Exhibition in Sölden, Austria. Anastasia and I stayed at the VAYA Hotel in the valley, which is a five minute walk to the Gondola ride that will take you straight up to the Ice Q restaurant and the Cinematic Installation. 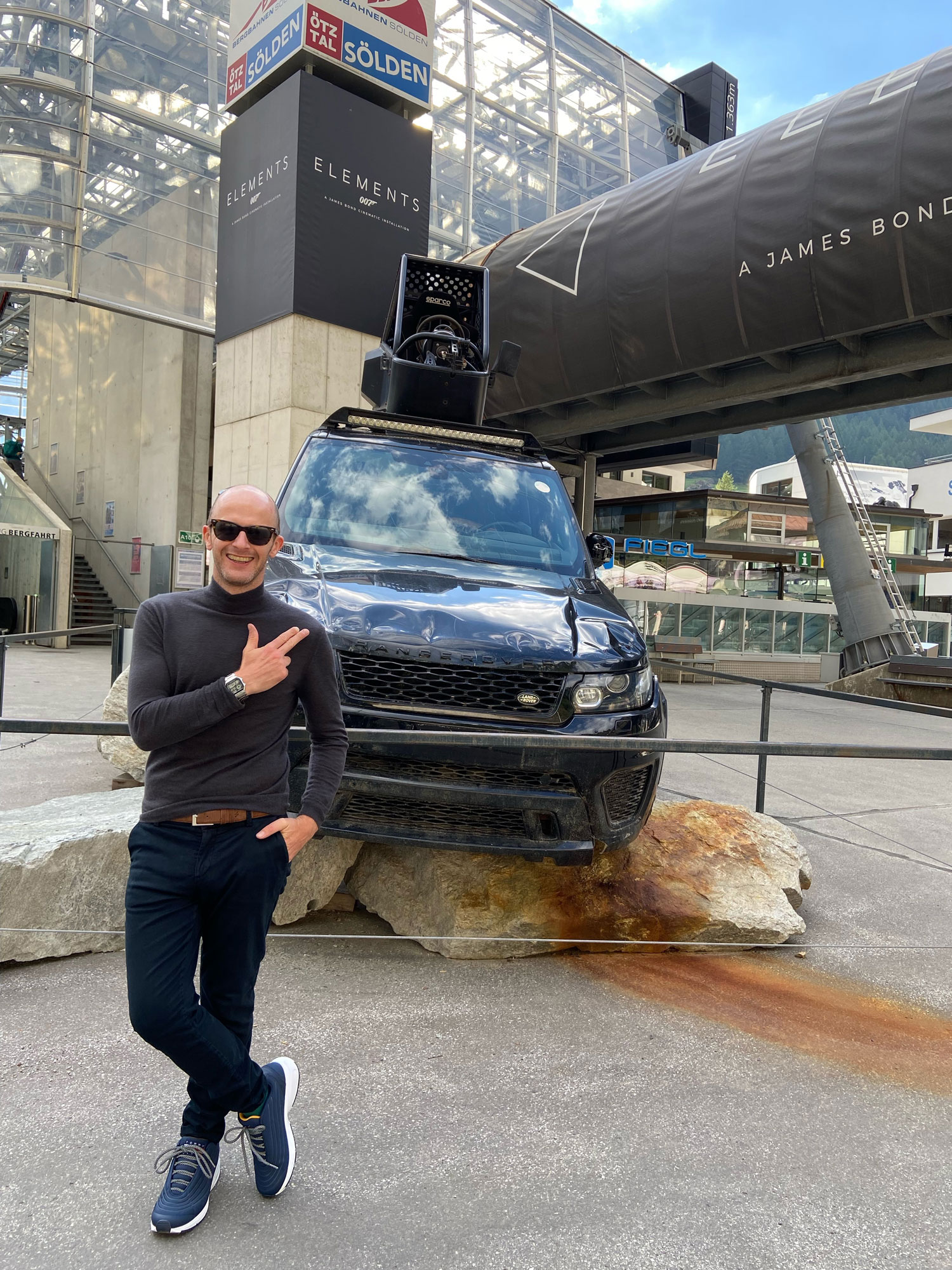 The VAYA hotel was £175 a night with a free brekkie and the price included the trip up & down the mountain to the exhibition. Good value. Brekkie was really good despite half of it being off the menu for me.*

Got the gondola up. Noticed a market stall selling mountain rocks for 25 euros. Free enterprise I guess. We just grabbed a handful from the ground and loaded the bag. They’re not going to run out of rocks anytime soon, I told myself.

We were one of the first ones up there. Hence we were able to get some good shots with no fuckers around.

The 007 Elements exhibition is a cash only entry, 20 Euros each. Be sure to take some cash with you wherever you go in Austria. Luckily we had some.

Before we were allowed in we posed for a photo by the James Bond coat of arms mounted prominently on the wall by the entrance. Orbis Non Sufficic – The World is Not Enough, family motto. 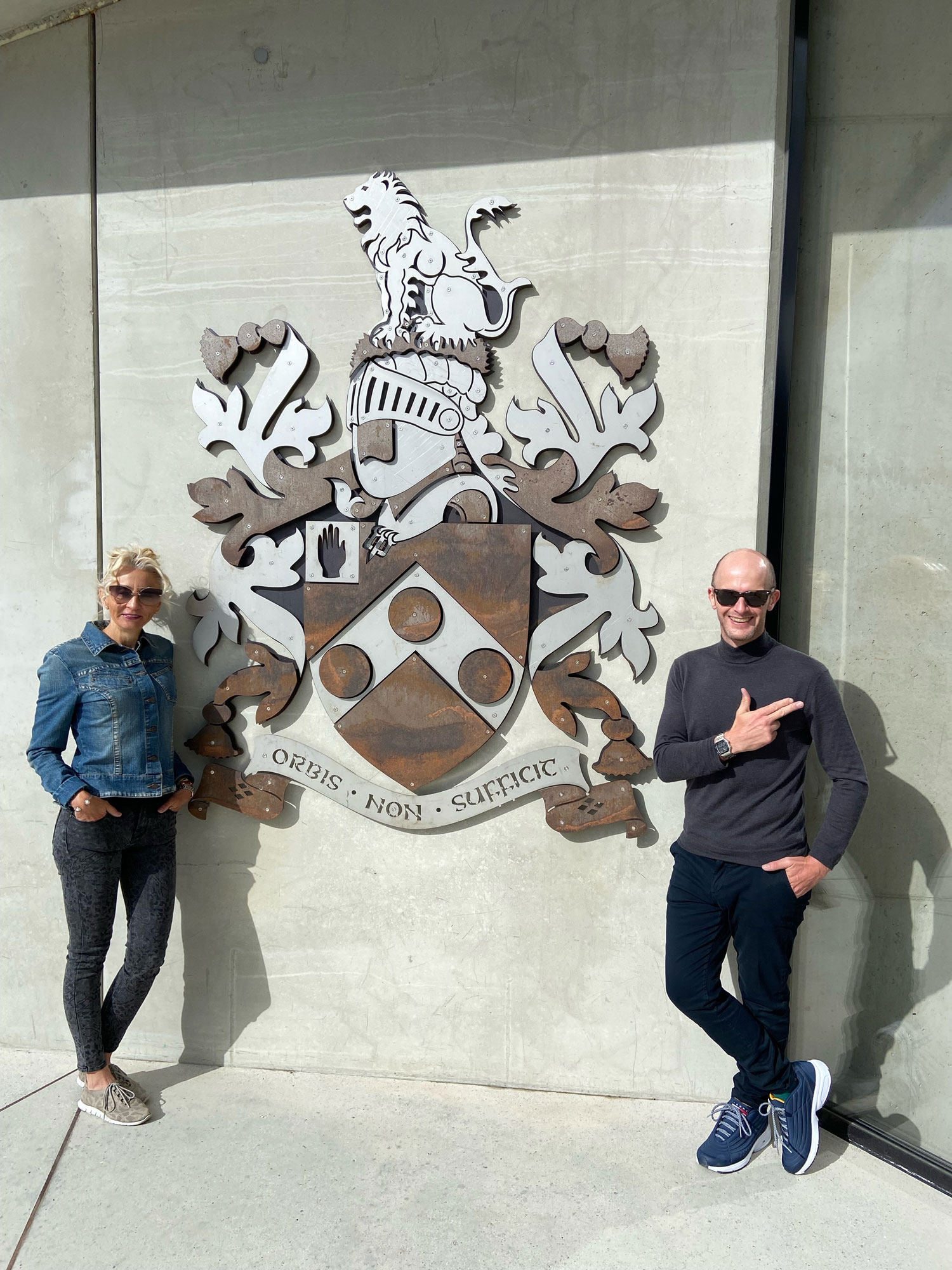 They also informed us the exhibition is not heated, as the building is on top of a glacier and heating is not permitted. As we entered Anastasia whispered, ‘that’s horseshit.’

I agreed. Just scrimping on a heating bill no doubt.

No videography was allowed inside but photos could be taken.

The Exhibition is not a museum although it has some props and costumes from both the EON & the Willy Bogner archives. They are not labeled terribly well. One plaque said, ‘Some items screen used.’ Without telling us which.

The girl on hand was helpful and filled us in with a few facts. 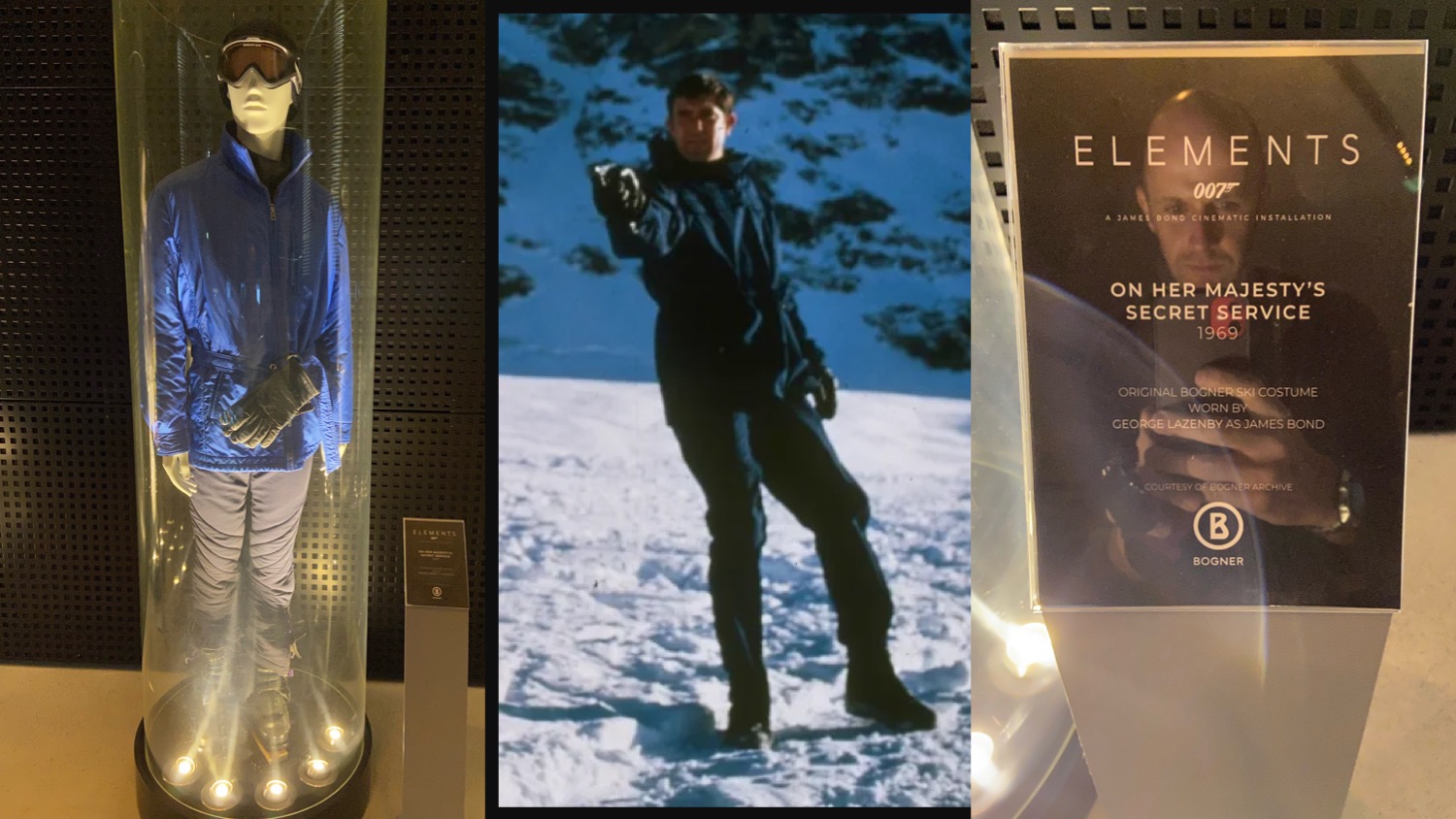 The blue jacket from the Willy Bogner Archive supposedly worn by George Lazenby in OHMSS is most certainly not from the film. Although I only realised this after consulting my man and co-author Matt Spaiser.

I reached out to 007 Elements on Instagram and asked them to clarify which seen George Lazenby wore this jacket in, the reply below.

Hi Peter, we say reference as we are aware that the outfit slightly varies from the actual scene. That being said, Max Simmons, (I’m assuming they mean Meg Simmonds) archivist at EON Productions provided the collection including signs. Hence, it can be assumed that this was a second outfit during the making of the movie. Hope this helps. Kind regards, Mona @ 007 Elements 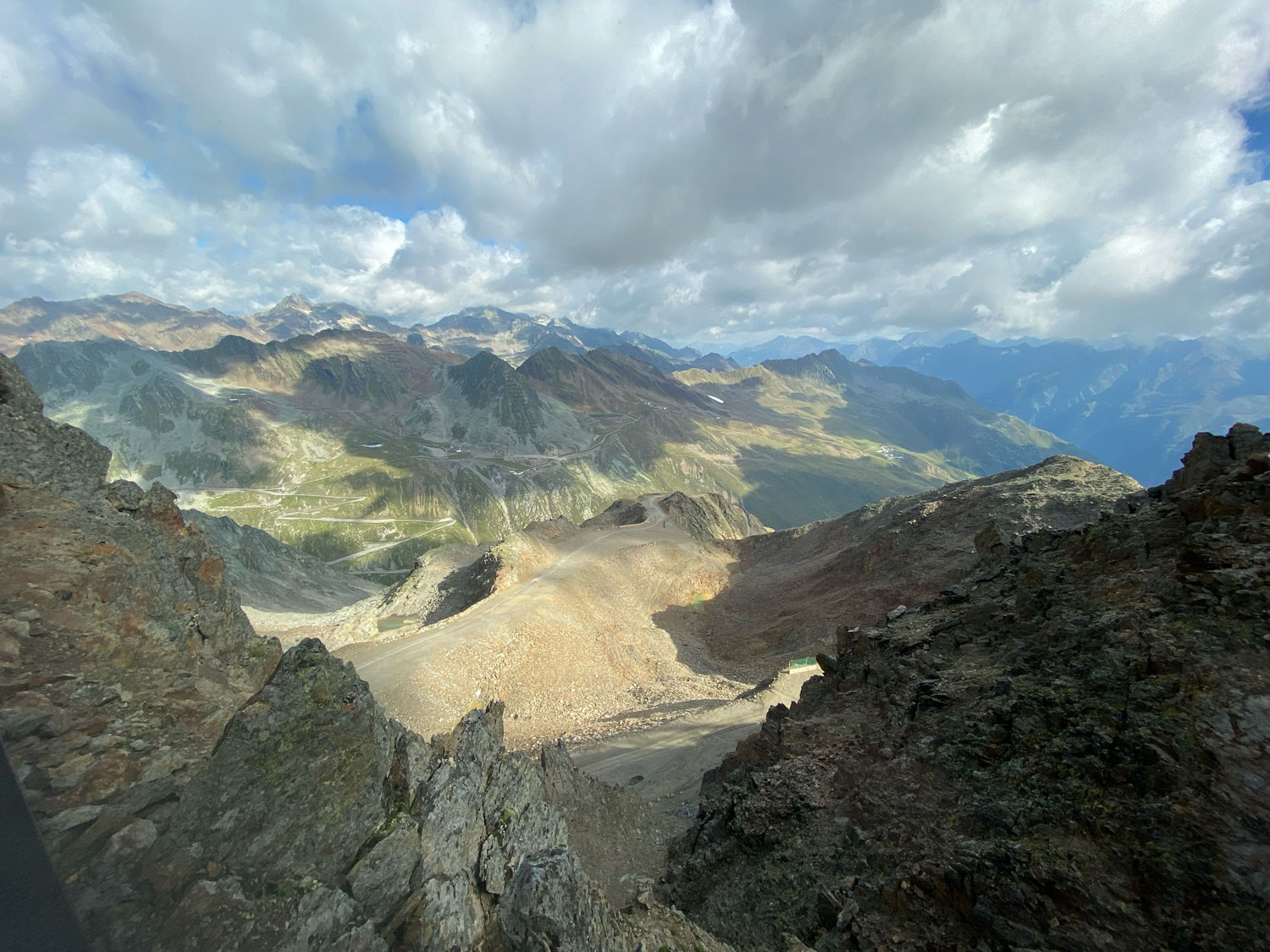 View of the valley of the chase sequence

Again, it’s all a bit loosey-goosey with describing the costumes. Which is a shame for nerds like me. However, I’m sure it won’t effect the enjoyment of 99.5% of people going to see this.

There are no surviving costumes from On Her Majesty’s Secret Service as we described in the book. This would be a big deal if it proved to be the only surviving garment.

Still worth the trip, and it killed an hour. Good fun, but for the purists, you might end up with more questions than answers. 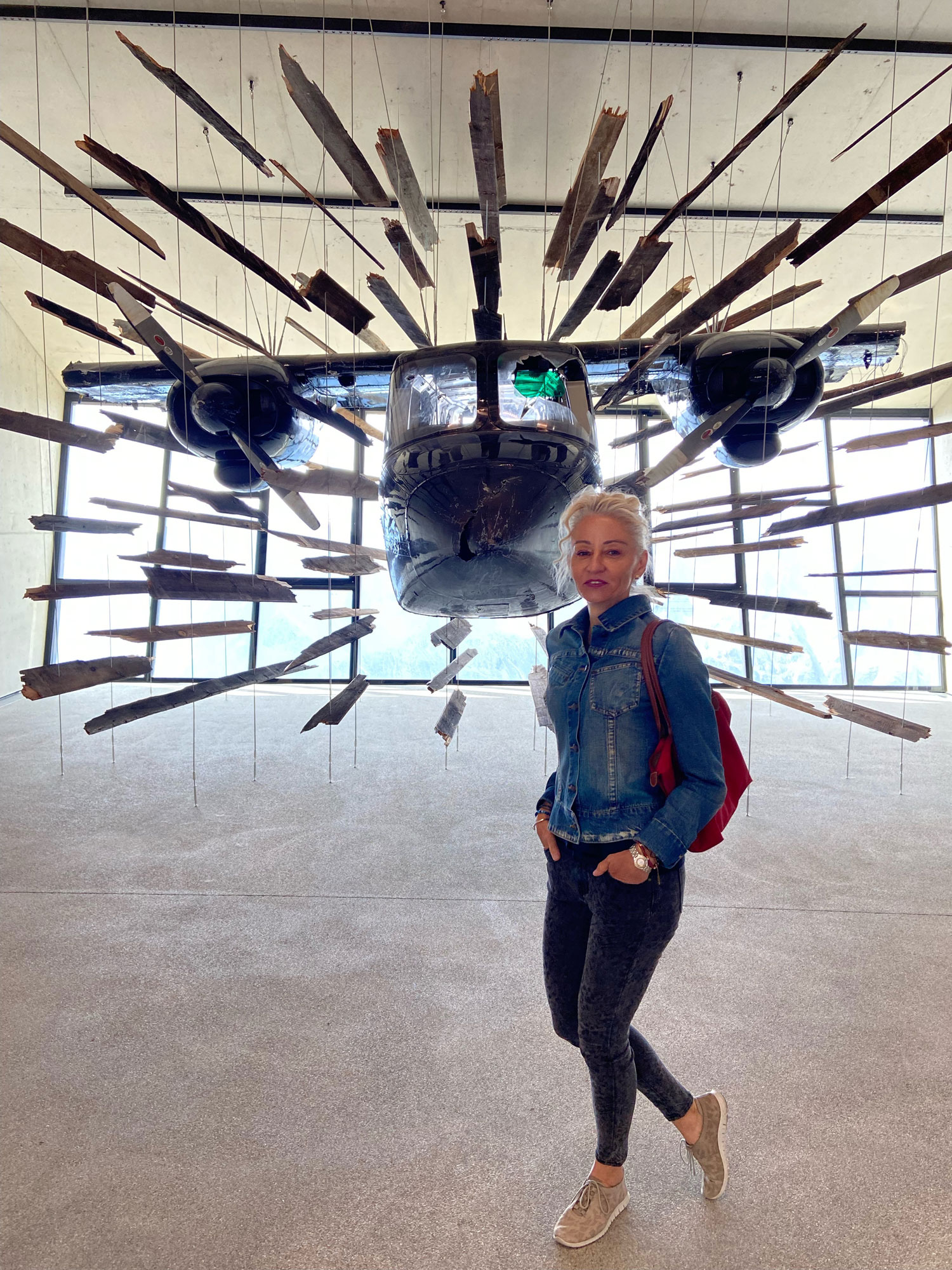 On next to ICE Q. This was exterior to the Hoffler Klinic, the office base for Madeline Swann. No scenes were shot inside, and this is not a doctors clinic but a restaurant. They built a concrete entrance for the purpose of theatrics and destroyed that after filming.

Inside we had some red fish and I took the wiener schnitzel and trimmed off the breadcrumbs.

After a quick back and forth with the PR team over at ICE Q, we were kindly offered complimentary Vodka martinis in Belvedere Glasses. Of which I am now in the market for.

The food was great, we booked the day before and I’m sure if you do book head, you’ll get a better seat by the window. 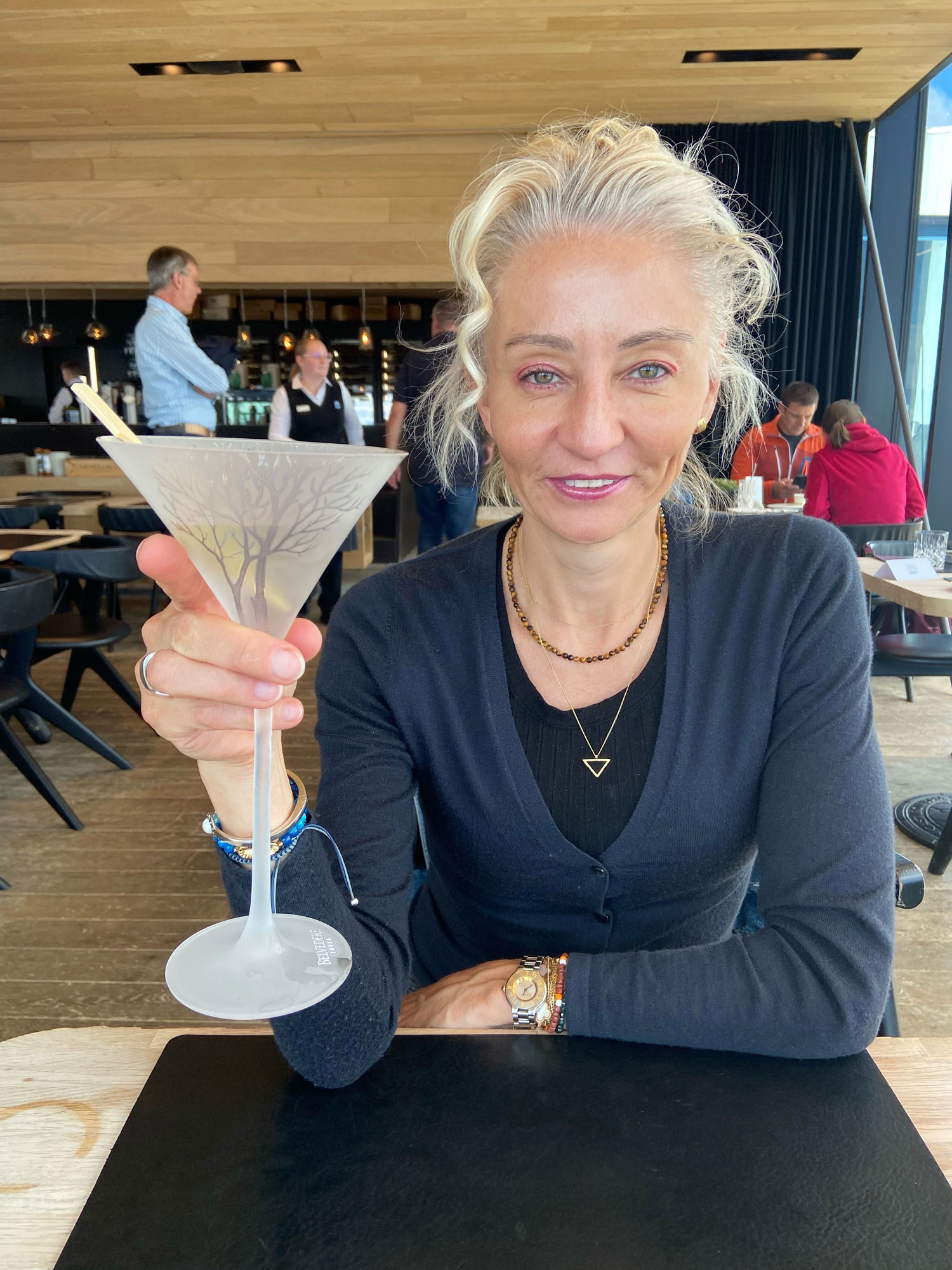 Need these glasses in my life

We stopped by the Bergland Hotel for a glass of wine. Spoke to a nice guy called Billy-Bob (not his real name) and he mentioned that Daniel Craig, the producers Barbara Broccoli and Michael G. Wilson and several over actors and crew stayed there for 3 weeks during filming. Indeed it says as much on the website.

They were told ahead of time not to disturb the talent, I.E no photos. Daniel Craig apparently rarely left his room and only two members of staff were allowed in to turn over the bed.

Whilst there were fans outside the hotel trying to get a photo of Daniel, he was able to sneak out every day thanks to the basement garage under the hotel.

This was one of the reasons why they stayed here. The Bergland could afford them the utmost privacy. Billy-Bob also mentioned that Barbara and Michael and all of the team were very everyday people who were kind with no sense of ego. 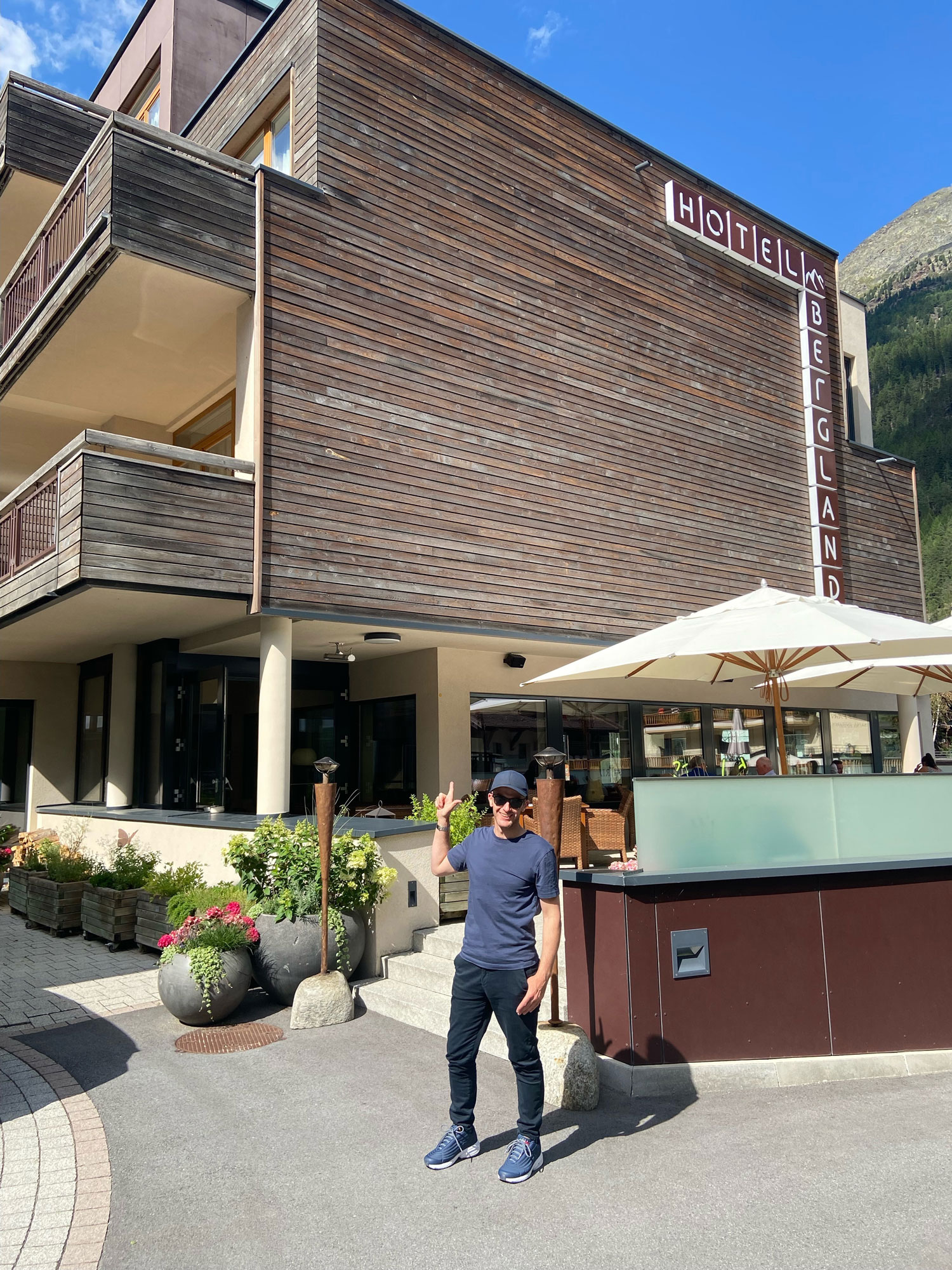 You can do a lot in Sölden even if you don’t ski. You can mountain bike, you can hike and there are numerous table top dancing venues dotted around town the town. The Willy Bogner shop was shut (and empty) when we went although they have the Fire & Ice shop on the street nearby. This is the more accessibly priced version of the brand. 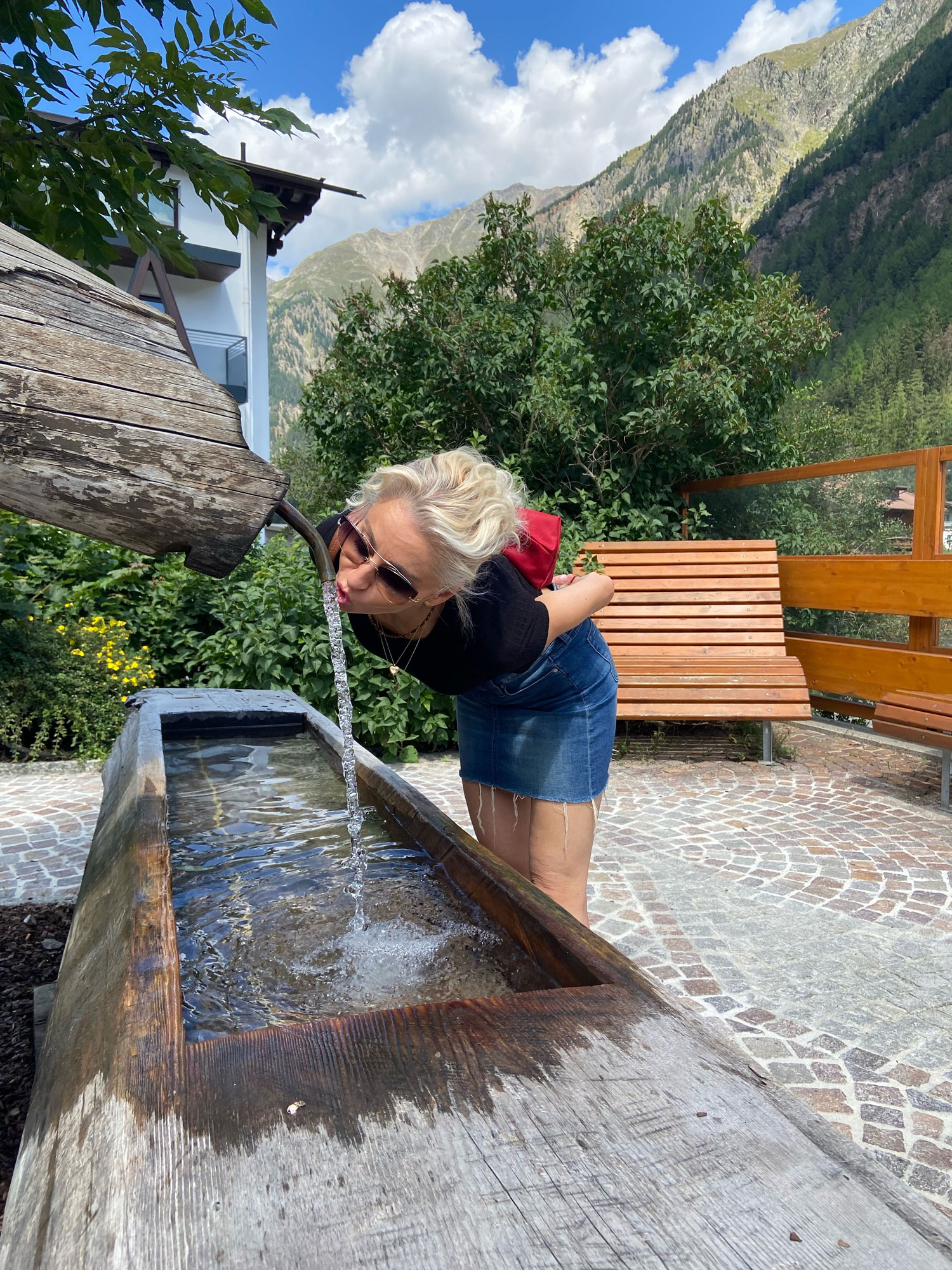 *After a week in my Austrian Shrublands, VIVA MAYR in Maria Worth, I’m steering clear of Croissants, my beloved Alpen, bananas, and more. I was also told to forego alcohol for a month. With my Mediterranean Cruise coming up in a week, and having paid for the premiere drinks package, I have never screamed a louder, ‘oh fuck off’ in my head as I had when given that prescription.

Blenheim Palace – Facts About The Filming Of Spectre