Meg Simmonds – EON’s Archivist ‘Everything Comes Back to Me’

I was lucky enough to get some time with EON’s Archivist, Meg Simmonds. This interview was recorded at Battersea Power Station at the courtesy of Aston Martin for the unveiling of the CORGI X Aston Martin DB5. August 2021. 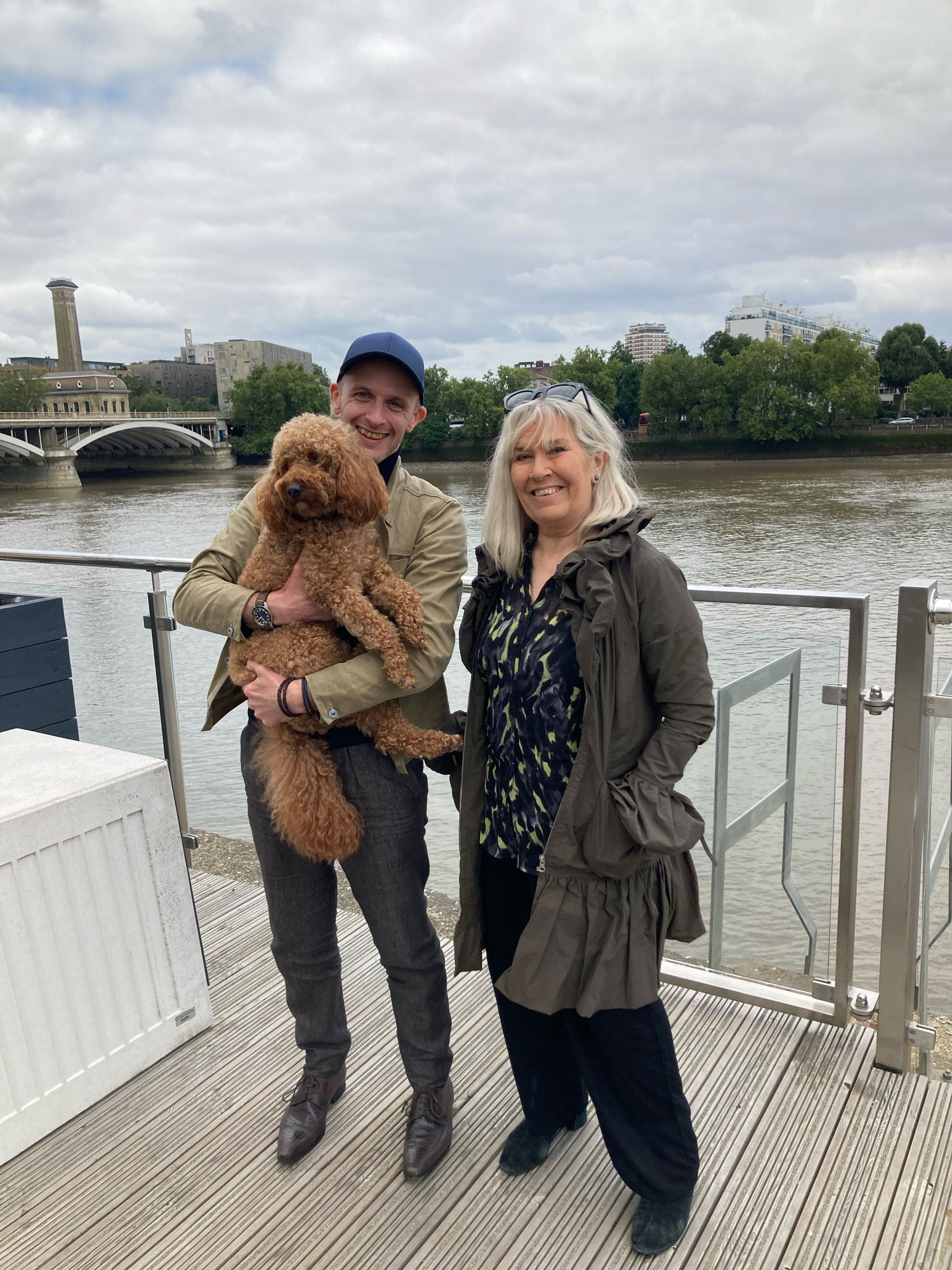 PB: Meg Simmonds, being the archivist, does everything come back to you after the film has wrapped?

MS: Pretty much every thing comes back to me. All the hero props and all the costumes. It’s different with the vehicles, we have different agreements with Aston Martin or JLR (Jaguar Landrover). So that’s in the contracts. But yeah, it all comes back. And then you start the sorting process. And it is difficult. If you haven’t seen the film. We have the script. I had a script to go by. But you still don’t know how visible something is on film. And that changes its importance. And its its value, I have to value everything. It’s an ongoing process. So I have to see the film a few more times. Before I can say the job’s done. 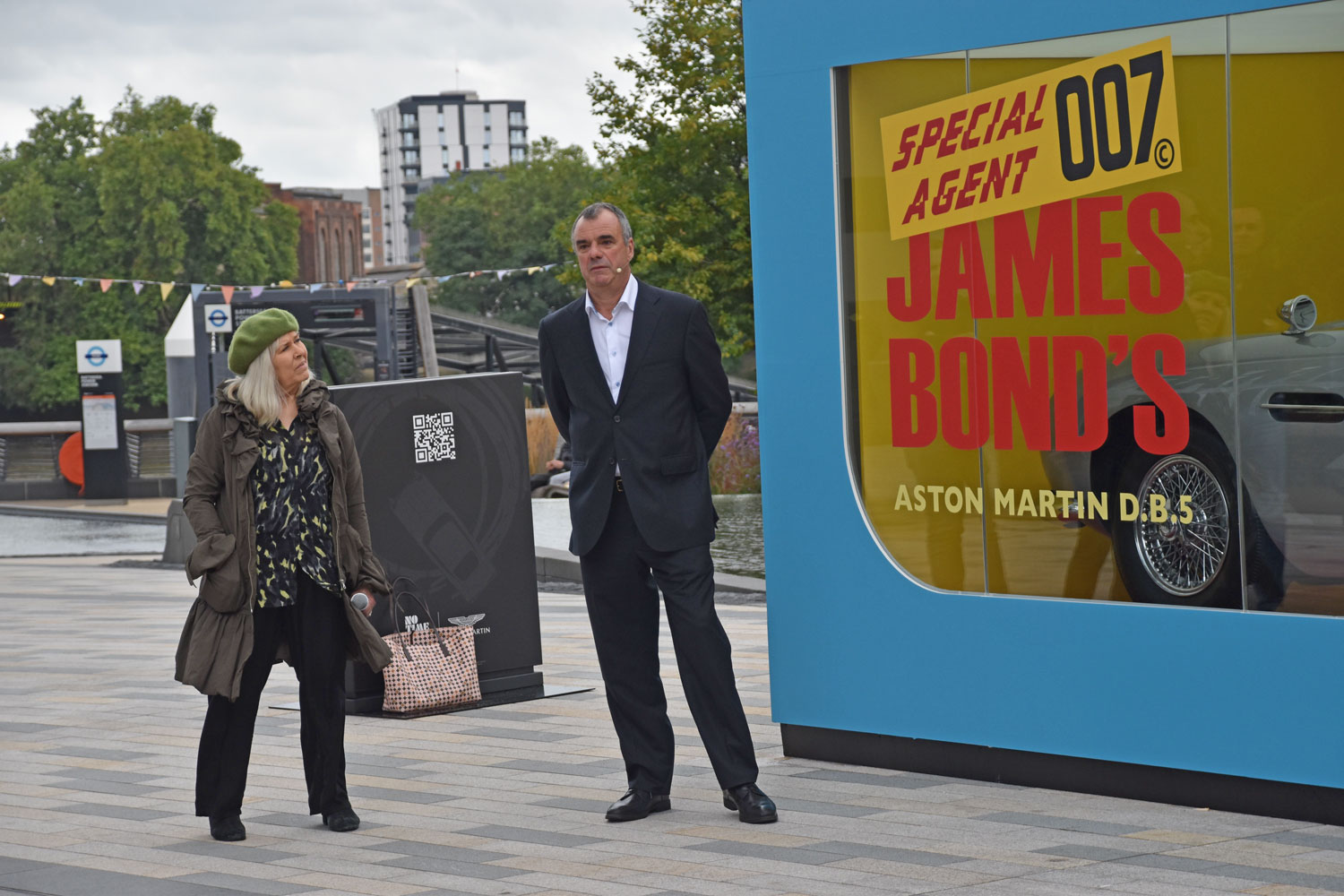 Meg Simmonds and Chris Corbould at the DB5 unboxing

PB: And it’s changed over the years, hasn’t it? Because there’s now software involved that kind of counts everything in the door and out the door?

MS: Now we have our digital database. I think it was Spielberg or probably Lucas who had this thing for his archive where he provided DNA swabs with which they would tag all the archive pieces with and then it was very, out there. And I mentioned this to Michael Wilson and said, would you like to do something like that? He just kind of just looked out into space. And I said, Are you still with me? He said,

I started thinking about, somebody kidnapping a director so they could get a DNA sample to fake products for sale,

PB: How long have you been working?

MS: Continuously since 1995. Wow. But then I did a little bit of time on The Living Daylights back in the 80s. Okay,

PB: EON Productions have been referred to as a company that is a family and they have the people that they trust and they stick with them. Do you feel part of that family?

MS: Yeah, it changes. There’s like threads that run through the whole history and there’s some that have threads that are kind of died out from the 60s. But then it kind of goes in a circle because some of the new people that came in at the end of the 60s continued on and it kind of goes in little waves, little thread waves. And I like that. And the producers are wonderful to work for I’m not just saying that, it is a real genuine family-feel. Barbara has followed on from her father where she knows everybody on set on a first name basis. And Michael, not so much but he knows all the technical details of everything that’s going on, on set. They’re just great to work for and they’re hard working. 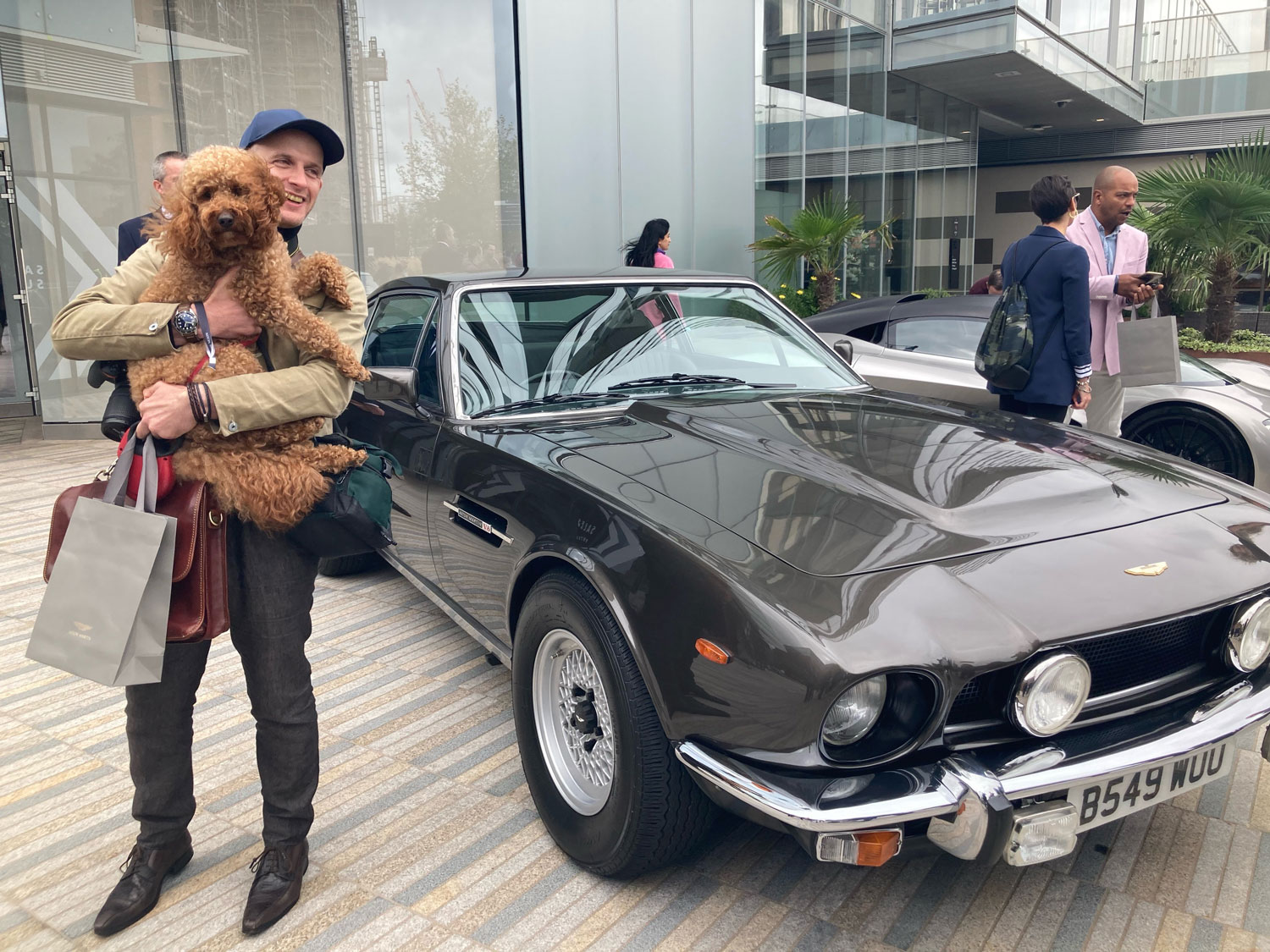 PB: The job must get a little bit harder because you need to store more and more from the films?

PB: Do you have separate buildings in several countries? I can’t imagine it’s all under one roof.

MS: No, we’ve we’ve got sort of four different archives, storage areas. And so yeah, and that seems to do fine right now.

PB: For Bond fans, especially that must be with like Disneyland. Could you imagine any of the archives being a public?

MS: No, they’re working archives, so they’re not really geared for the public. And so we have our exhibitions. We like to showcase our pieces and things like our Elements exhibition, Spyscape. And we’ve got a couple of other ones coming out soon. That’s how we share the archive and also through our publications.

PB: Is there any kind of plan to do anything similar along the lines of style and clothes? Have you noticed that there’s more obsession over the clothes than there is perhaps any other sector?

MS: I think that exhibition (Designing Bond) was the first time we actually really showed off the design and the thought behind the costumes. Because people don’t think of it as a cost to film. But there is as much thought and consideration as as really, like historic costume drama. And of course, we had Lindy Hemming, as the guest curator and Bronwyn Cosgrave as the fashion historian helping to curate that. They came out and visited the archive. That’s when ideas sort of crystallised and they said the best fashion story NEVER told right here. So, so that was fun to highlight that.

With thanks to Meg Simmonds and the team at Aston Martin for their hospitality.