Spyscape – Inside the Aston Martin DB5 from GoldenEye

Every Friday in Spyscape NYC is Missions and Martini’s. Tickets priced at $59 include a free cocktail, access to the buffet and the 007 X SpyScape exhibition which features the Aston Martin DB5 featured in GoldenEye. 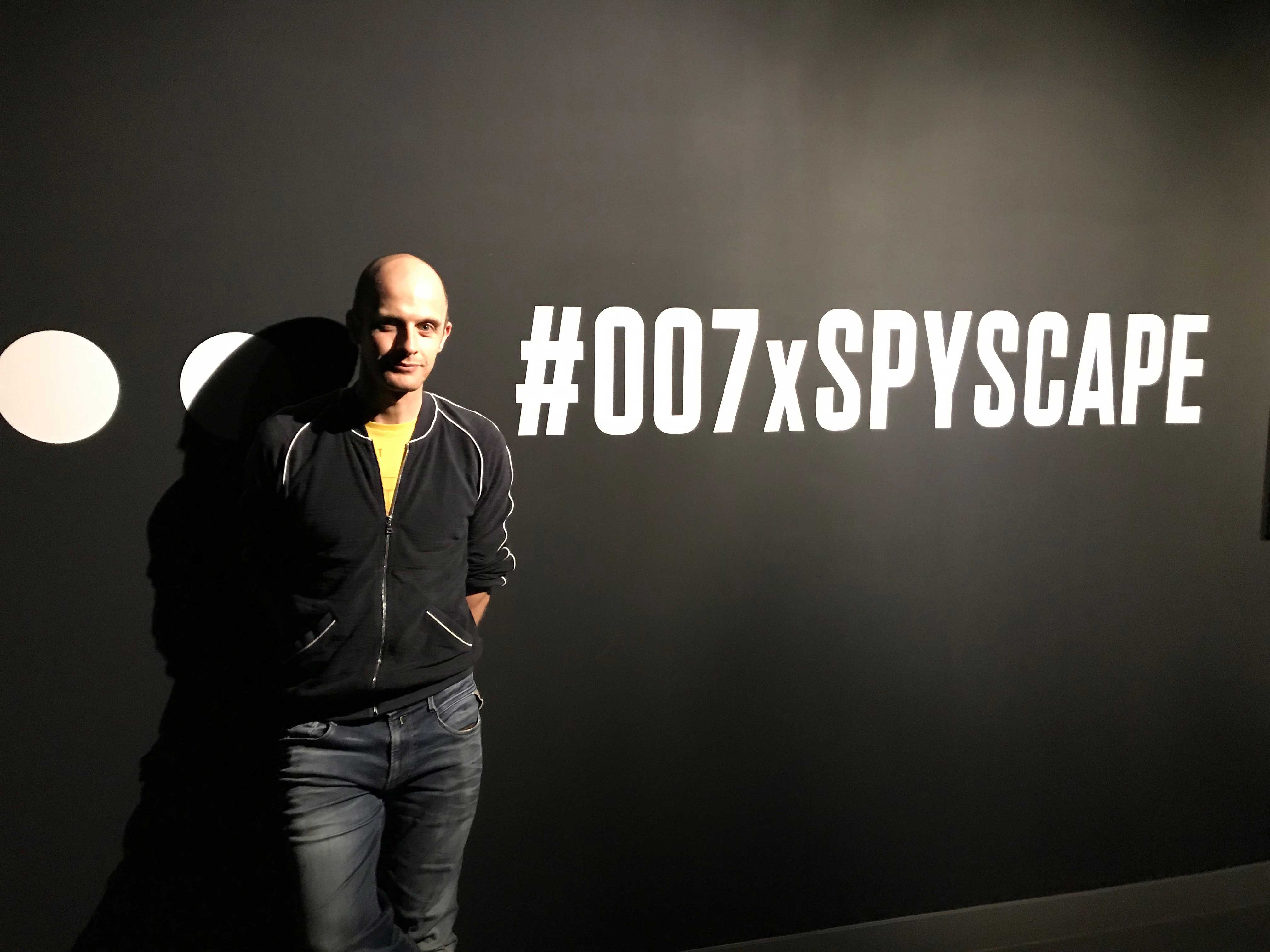 Inside Spyscape you’ll see the infamous Bond Mobile, the Aston Martin DB5.  Two DB5’s were built for the production of Goldfinger in 1964, those were the two cars seen on screen in Goldfinger and Thunderball. A further two DB5’s were bought by EON for promotional duties. 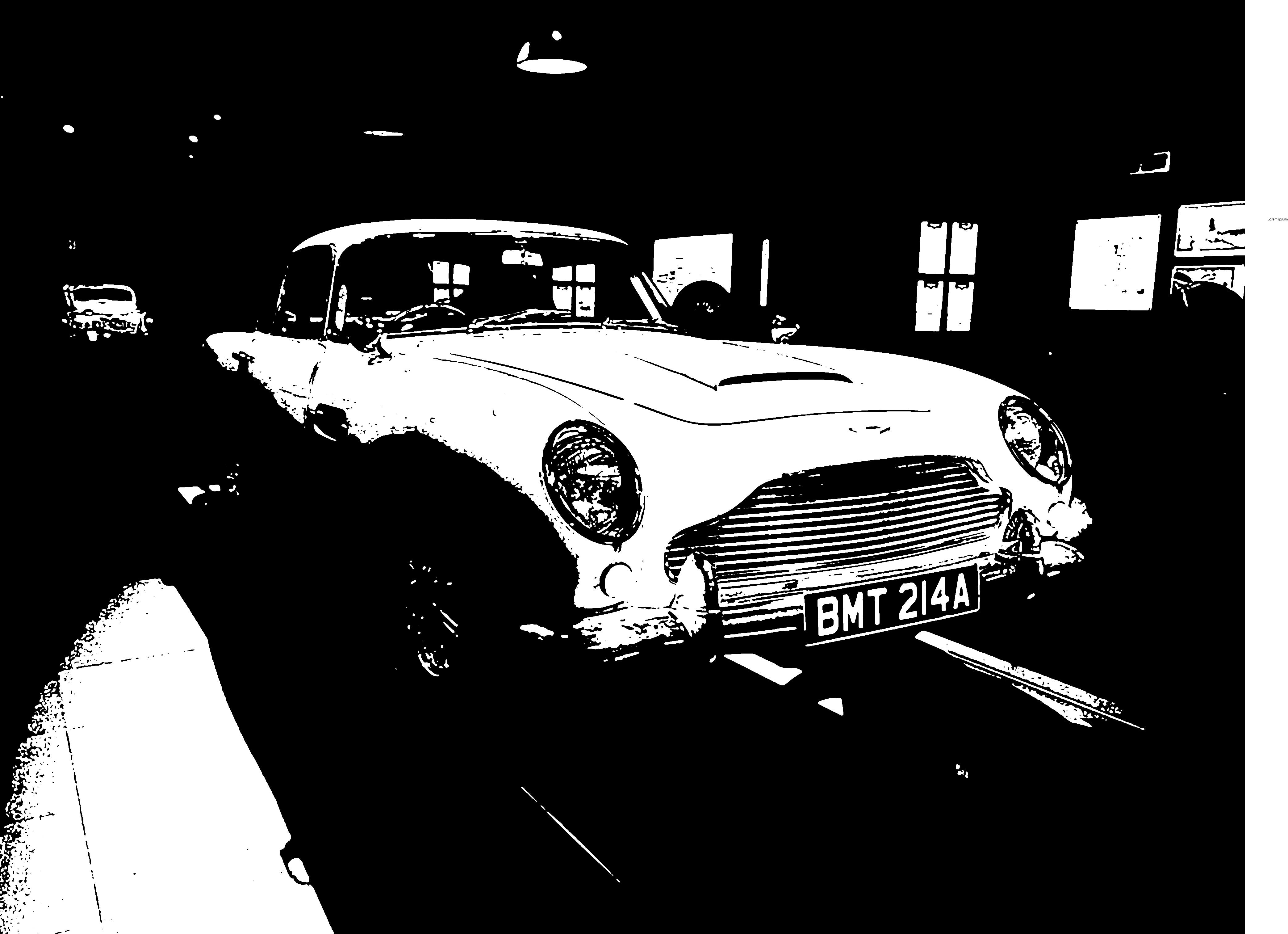 So I’ve just found Adobe Illustrator on my Laptop

I wrote to the team at Spyscape and asked:

Where are the original DB5’s?

Which of the four DB5’s is the one on display at Spyscape?

This isn’t one of those four. The DB5 on display is one of 3 cars used to film the sequences required in GoldenEye. This one was used in the chase scene in France.

There have only been 7 different DB5’s seen on screen – this is 1 of those 7. A very exclusive club.

One of the four original DB5’s was stolen, was that ever recovered?

No, it is still missing. – Sam Grossman, Hospitality Associate.

Check out my VLOG below as I take you inside Spyscape

I’ve seen a 1000 pictures of the DB5. I’ve also seen a DB5 at the Bond in Motion exhibition in Covent Garden. But this was he first time I was able to stick my grill inside the drivers window, and in it, notes of cracked leather, diesel and the musk of Bond.

Remember the scene when Robin Williams outsmarted Matt Damon in Good Will Hunting? “I bet you’ve read every book on Michelangelo, but you can’t tell me what it smells like inside the Sistine Chapel.”

I actually can. Mainly body odour. They pack you in like sardines in that place. Unless you’re Leonardo Di Caprio whom I have it on good authority, gets to walk around after hours on his lonesome.

Inside the DB5 in @spyscape pic.twitter.com/UzDCHXJfTj

— From Tailors With Love (@tailorswithlove) September 7, 2019

The Bollinger is still in the centre console.

For further reading on the history of the  DB5’s in the Bond film I recommend checking out this article by Remmert on The James Bond Lifestyle website.

You’ll also see a miniature of the burnt out DB5 from Skyfall, as seen below. 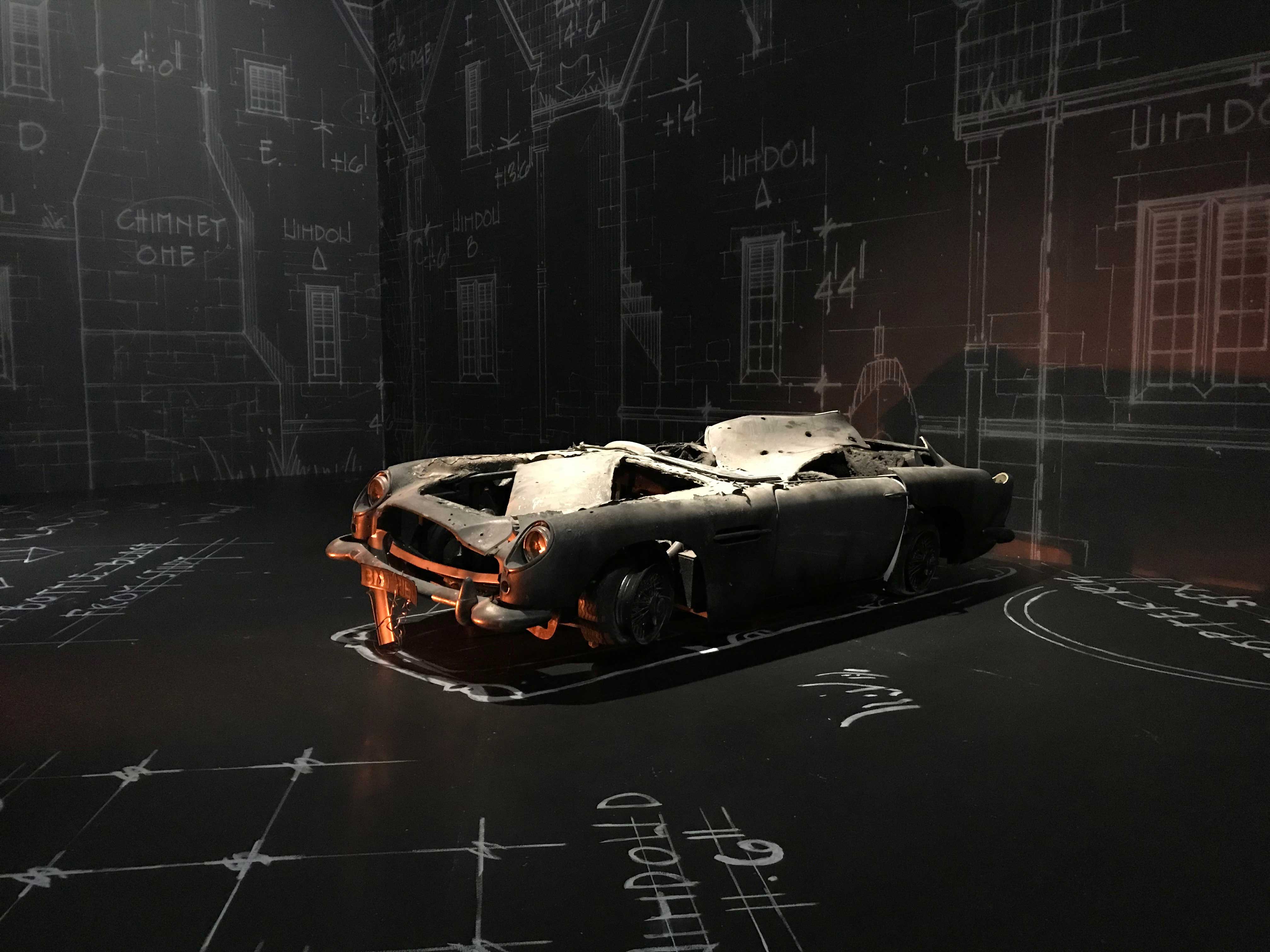 Perhaps one of my favourite features of Spyscape were the Ken Adam set design illustrations. I simply adore these sketches and I’ll post a dozen more onto my Pinterest page.

The Dr No grilled dome ceiling where Professor Dent picked up the tarantula apparently got a round of applause at the premiere. Not sure where I heard that, please don’t quote me. But leave a comment in the box below if you can corroborate the story. 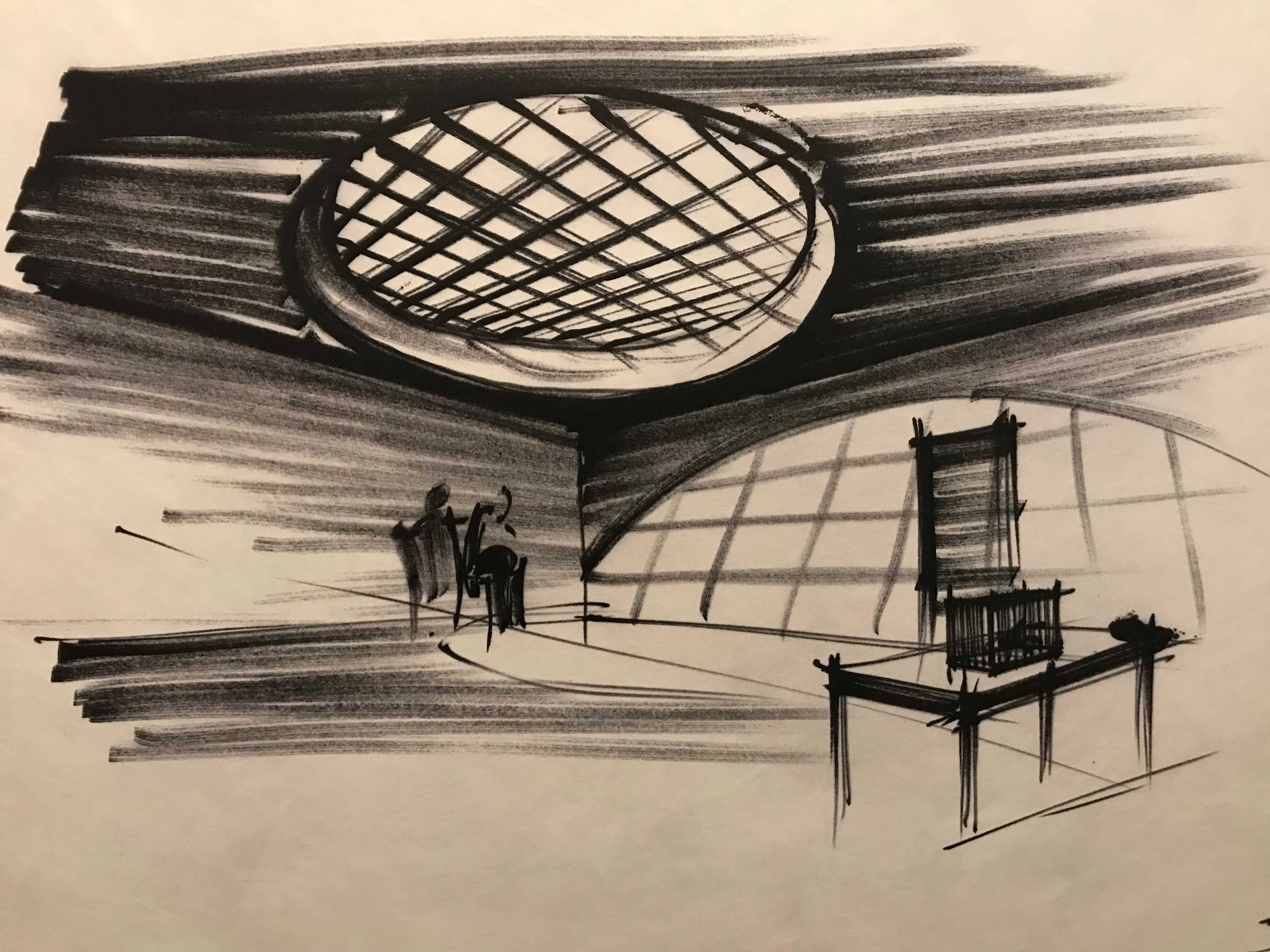 What’s Inside the Spy Museum in New York City?

Spyscape is a separate exhibition housed inside The Spy Museum in NYC. The Spy Museum has a litany of costumes and memorabilia. Most notably the 3-button tweed sports jacket and brown striped trousers worn by Benedict Cumberbatch in The Imitation Game.

The jacket is composed in a birds eye weave from a multitude of brown hues, giving a very textured appeal. It has a traditional length in keeping with the style of the time. The waist is suppressed and gives it a more form fitting aesthetic. 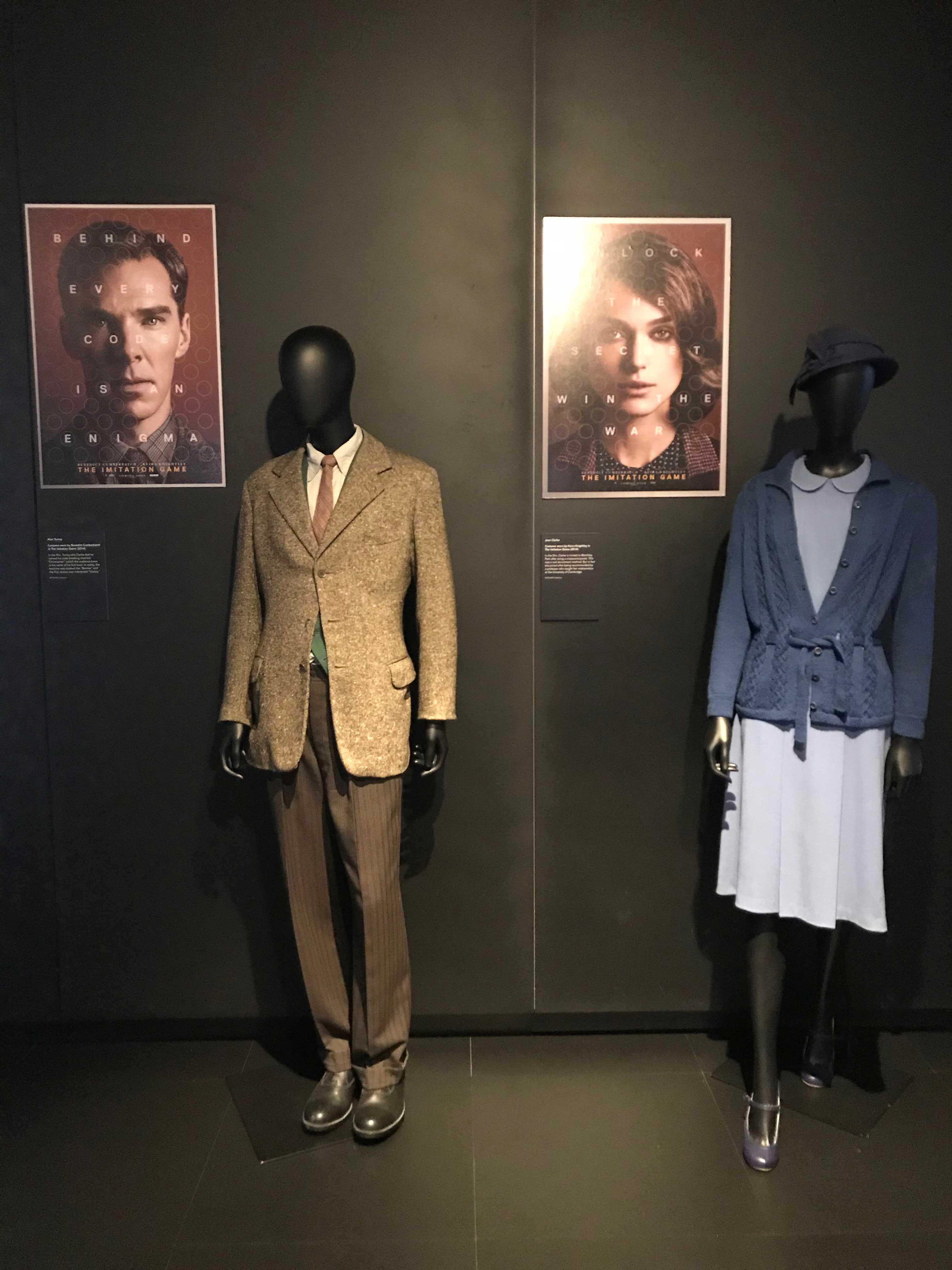 A word from Matt Spaiser of Bond Suits

‘The shirt is a grey and white check with a long point collar. The wool tie is woven in a burgundy glen check. The striped brown flat front trousers have a mid-rise.

The whole point of this outfit is to show eclecticism with so many different pieces and clashing patterns. The shirt and tie are horrible together, but that’s the point. The shoes look like cap-toe oxfords. They are likely dark brown, but I can’t be certain.’ 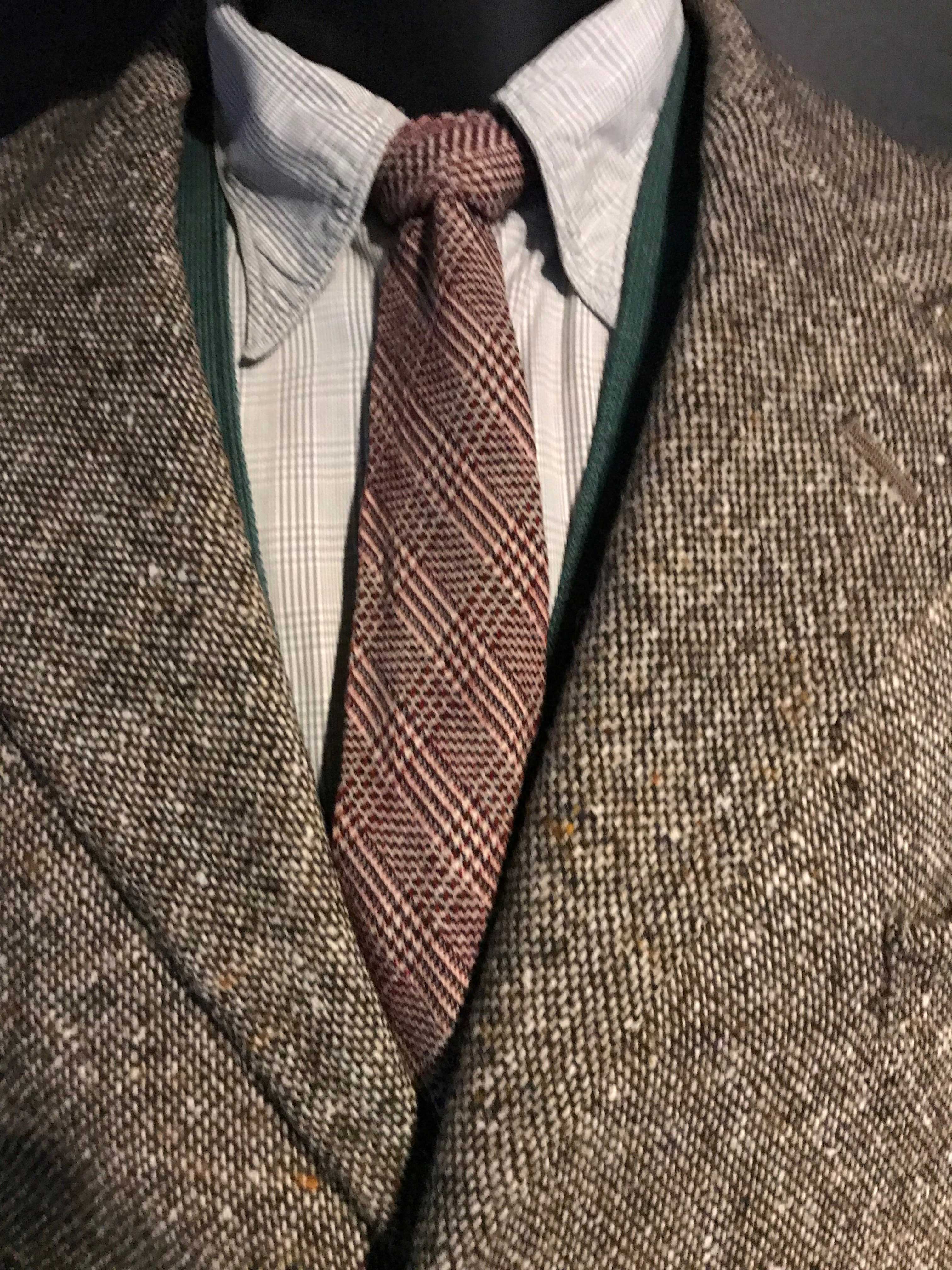 Is Spy Museum worth it?

Absolutely. Inside you’ll be tasked with a variety of tasks set to test your observational and mental aptitude. The most fun is the light tap room where I skittled around like Catherine Zeta Jones in Entrapment.

Sadly my hand-eye and arse co-ordination isn’t anything to write home about anymore. I broke the lasers twice and swore I heard a unempathetic Richard O’Brien say, ‘come team, leave him behind, onto the crystal dome’.

Although I did score 159 and was cited as ‘Extremely Agile’ by the computer. They’ve clearly not seen me attempt the lotus position. 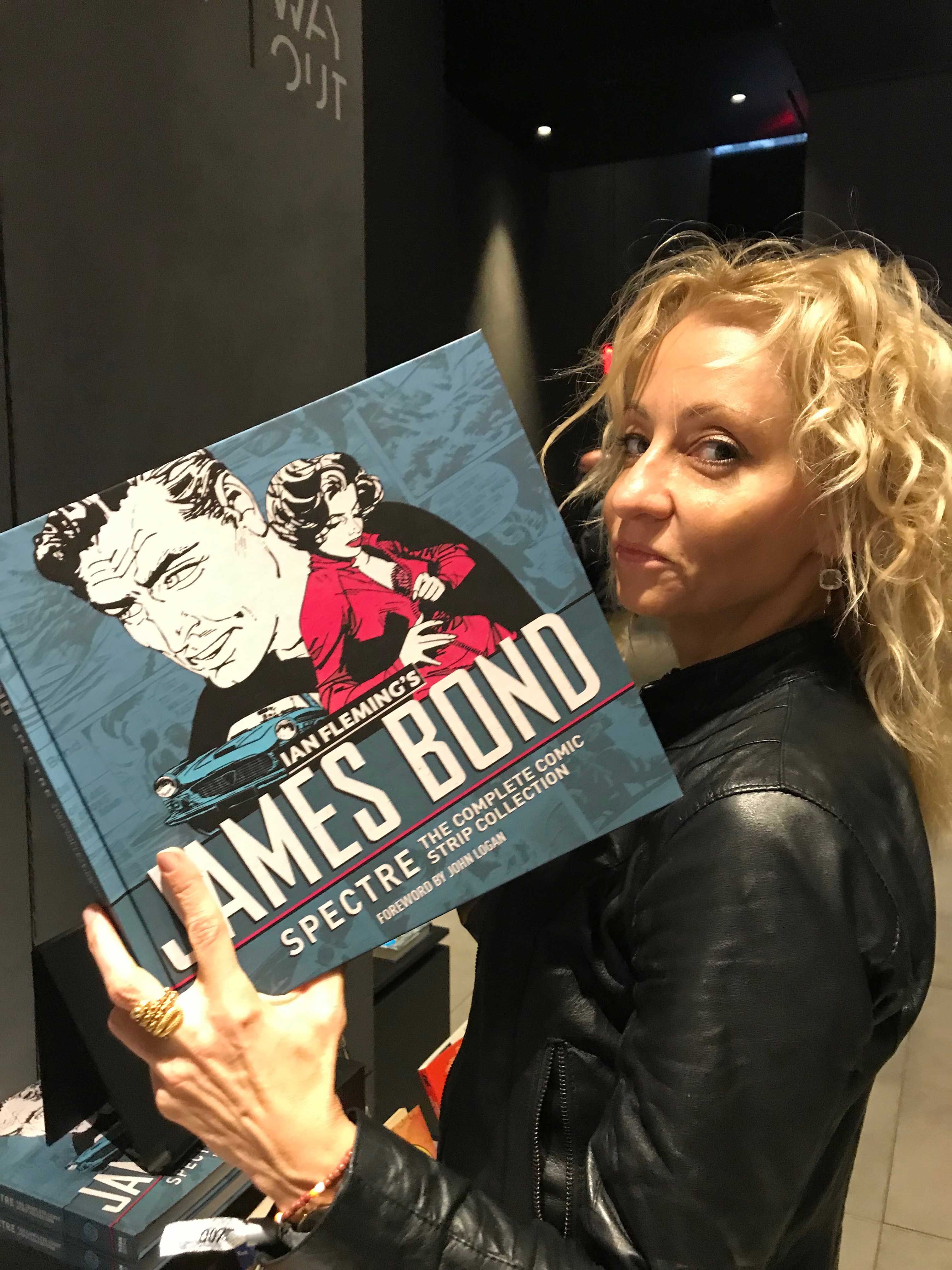 All I want for Christmas

The gift shop is fantastic. Plenty of books, wristbands, puzzle games. I asked the girl behind the desk what her favourite James Bond movie was. She said she’d never seen one. But she gave me a wristband for free, which was sweet.

Listen to Matt Spaiser talk about Spyscape when he went for the grand opening with The Bond Experience and the team. Spoken about on the From Tailors With Love podcast (episode 19). Available in the player below or on iTunes, Stitcher or Spotify.

To learn more about the Aston Martin DB5 and other cars from the franchise I recommend the book Bond Cars: The Definitive History, (in my collection). Next on my reading list is the James Bond’s Aston Martin DB5 book by Simon Hugo.