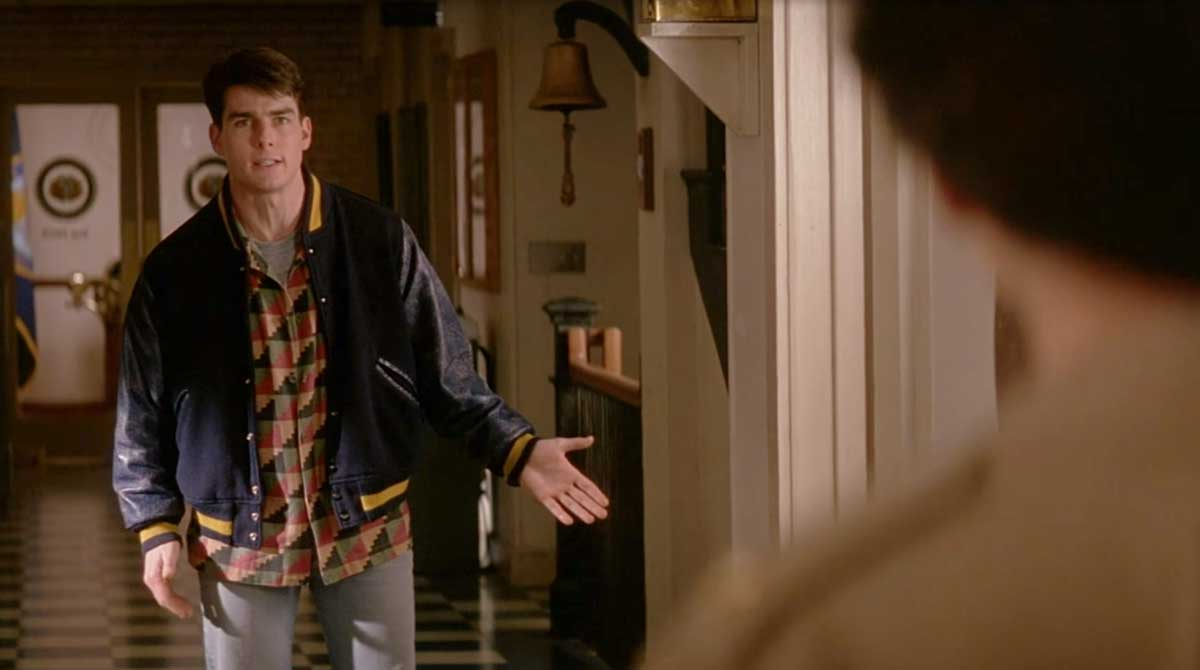 Tom Cruise wears a yellow and black Varsity Jacket in his off-hours look as Daniel Kaffee in A Few Good Men.

It’s a knit rib collar, two leather welt pockets, the body is more than likely boiled wool and the distressed leather sleeves suggests this is his characters favourite jacket. The terms Varsity Jacket and Baseball Jacket are interchangeable. 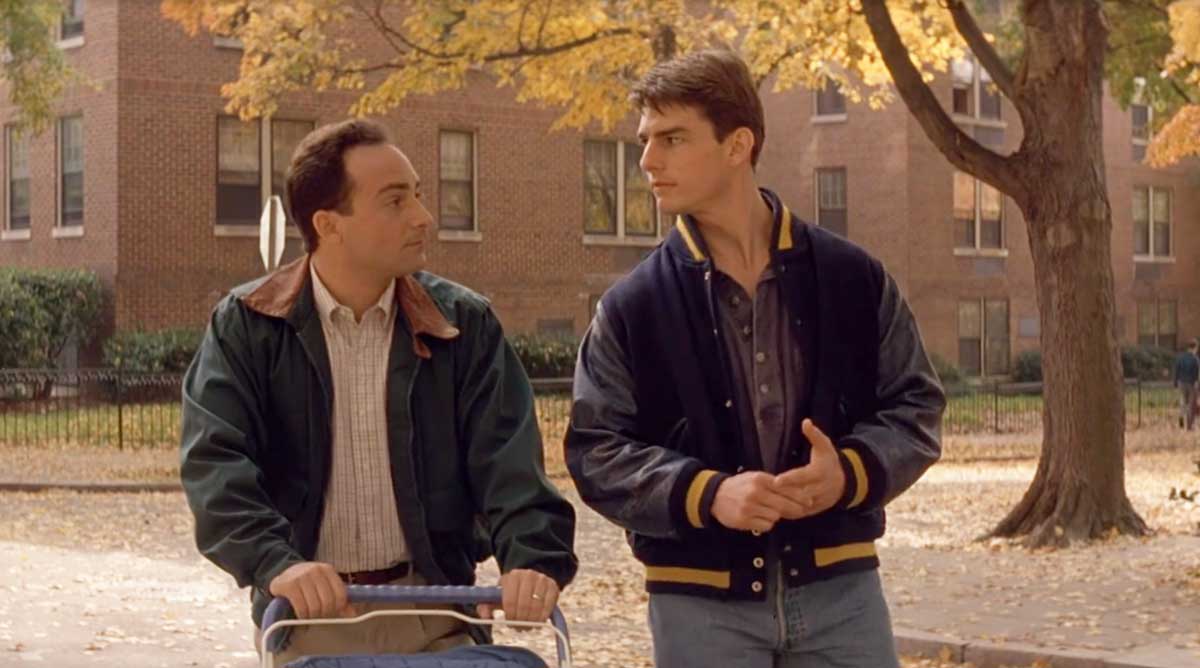 They are also know as Letter Jackets, derived from the term for a Letterman, according to Wiki:

A high school or college student who has met a specified level of participation or performance on a varsity team.

You can see Tom Cruise wear a Letter Jacket in one of his previous films about college football in All The Right Moves. 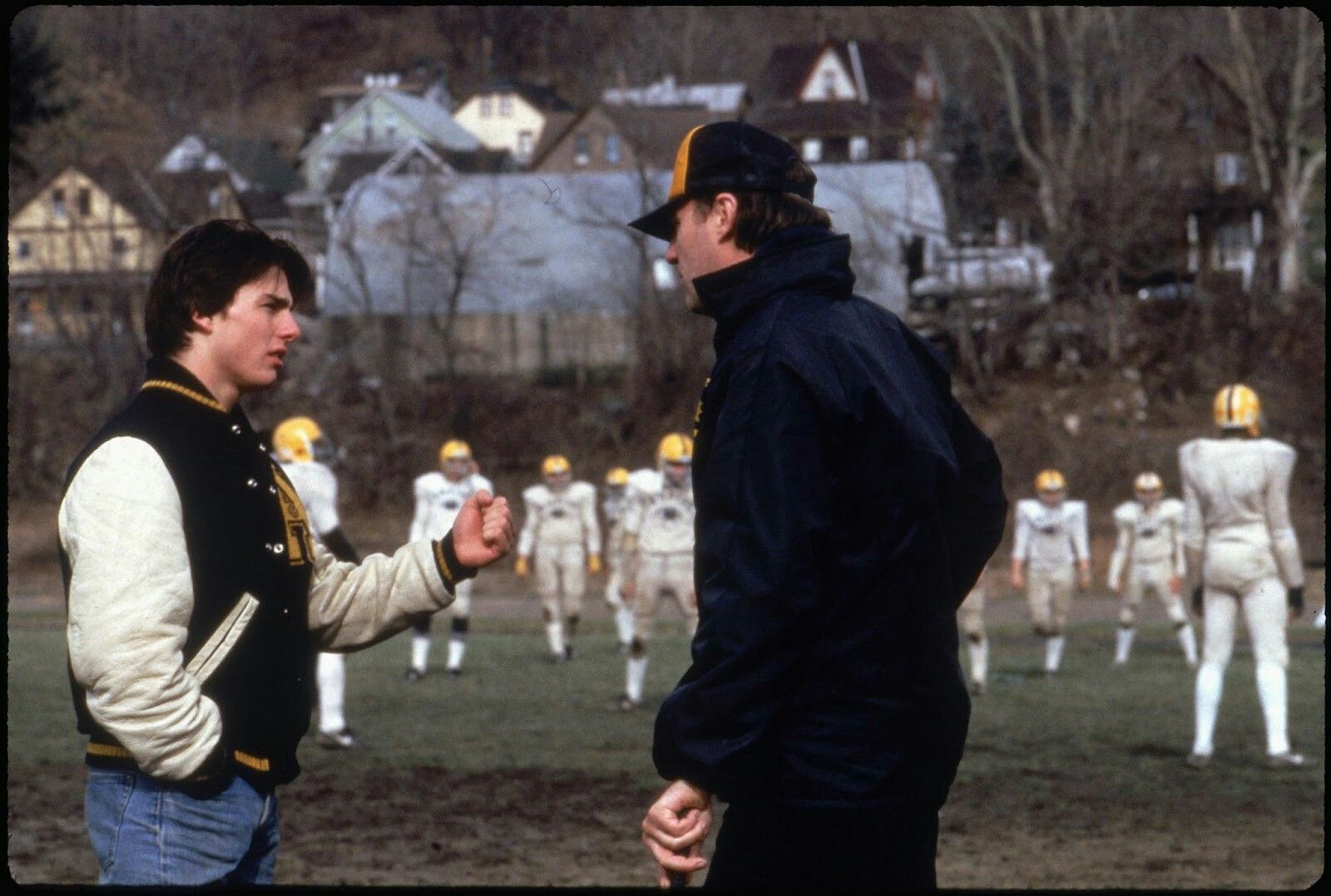 It’s not uncommon for college students to remove the Letter from their jackets after graduation. It’s possible Kaffee has done this here as his jacket is old.

Removing the big Letter presents a cleaner look and more than likely, side-steps any licensing issues for the costume department as the letters will signify which college or school Kaffee would have attended. Below is the closest alternative I could find on Amazon to this style of Varsity Jacket. 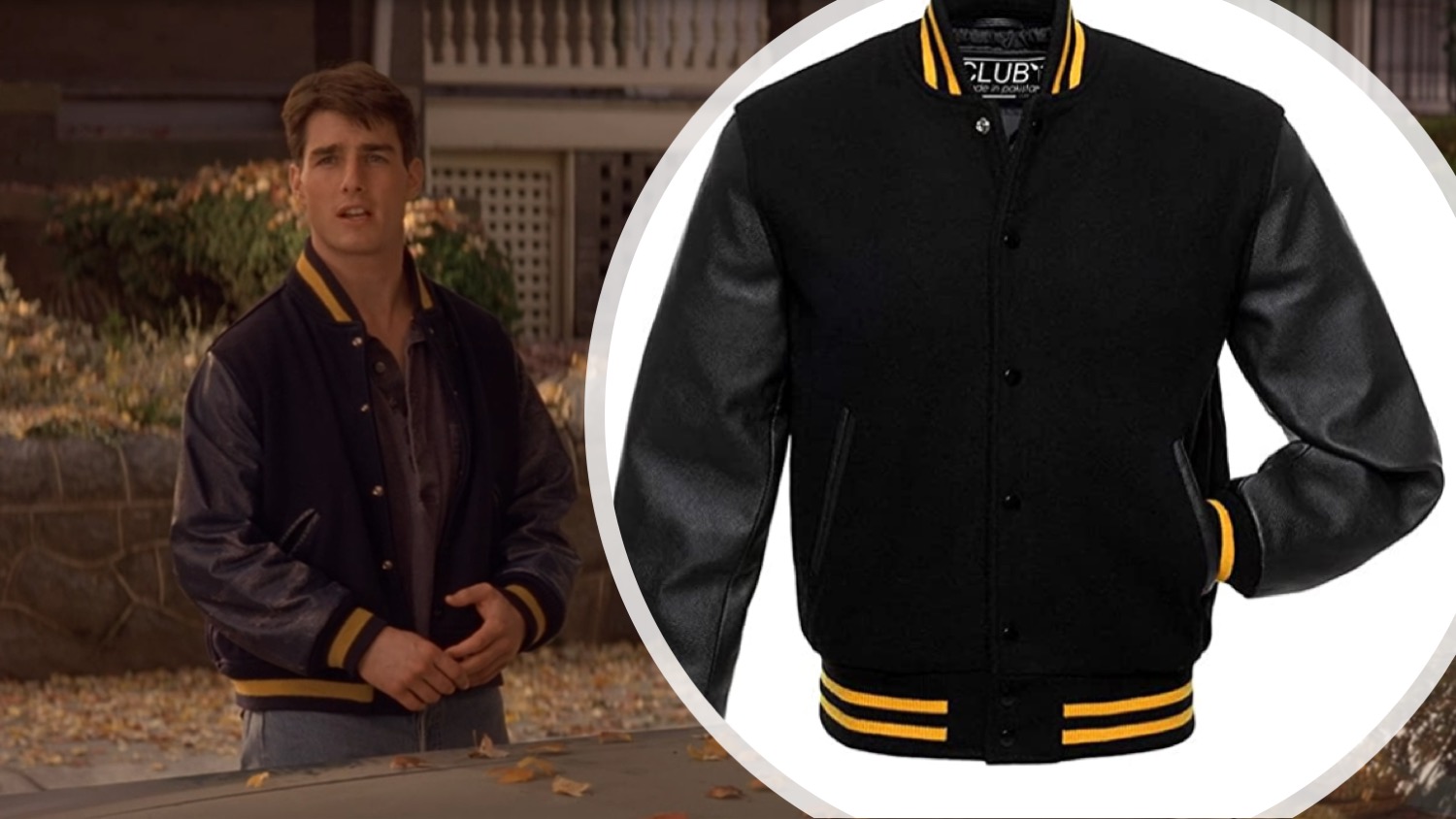 Kaffee pairs this jacket often with a pair of stone wash Levi’s denim jeans that has distressed markings on the seat. 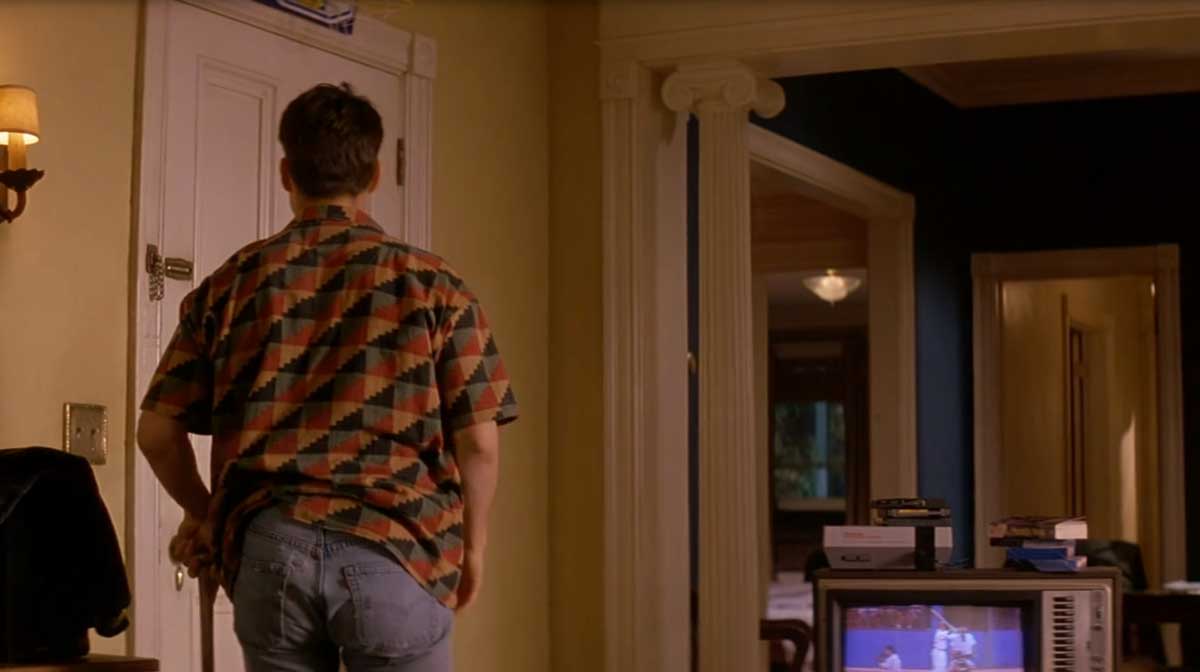 How do you even describe this shirt?

Costume designer Gloria Gresham gave Kaffee a litany of casual non-descript print shirting and one Hawaiian shirt throughout. The one that gets the most screen time is the Aztec-ian print shirt.

All of which paint the picture that Kaffee is not of the establishment. He is a military man but wants to relax when out of hours. 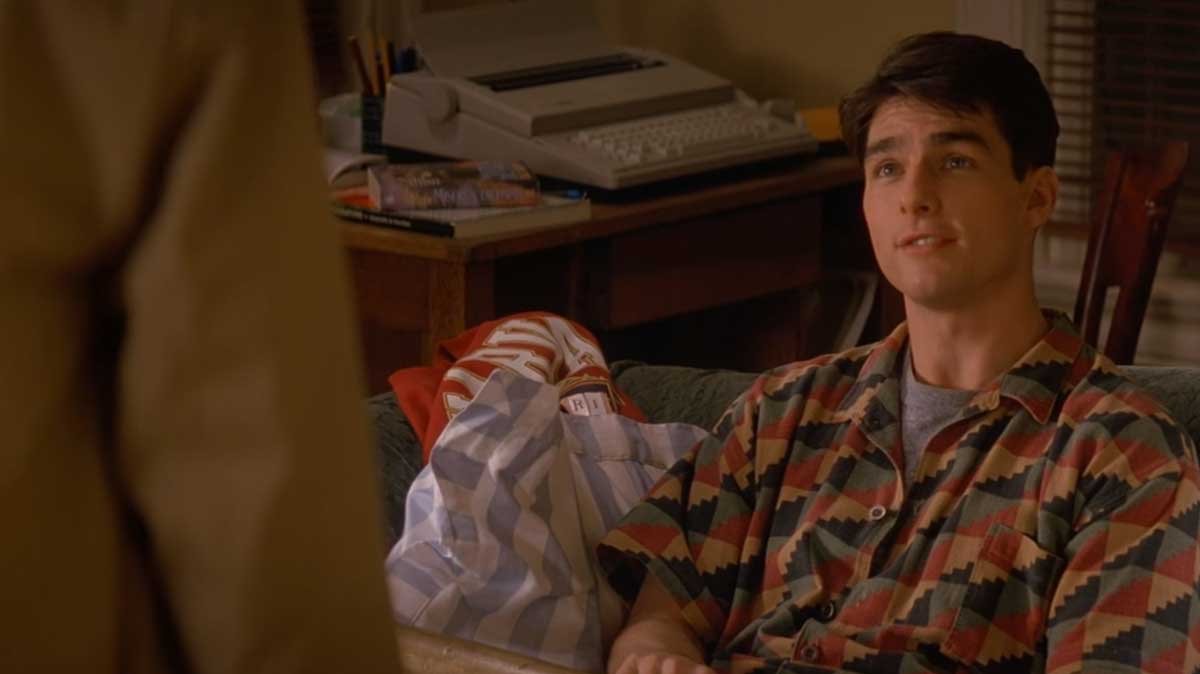 His colleague Lt. Sam Weinberg played by Kevin Pollack, wears casual cream and brown check shirts because he is more straight laced and comfortable in shirts. 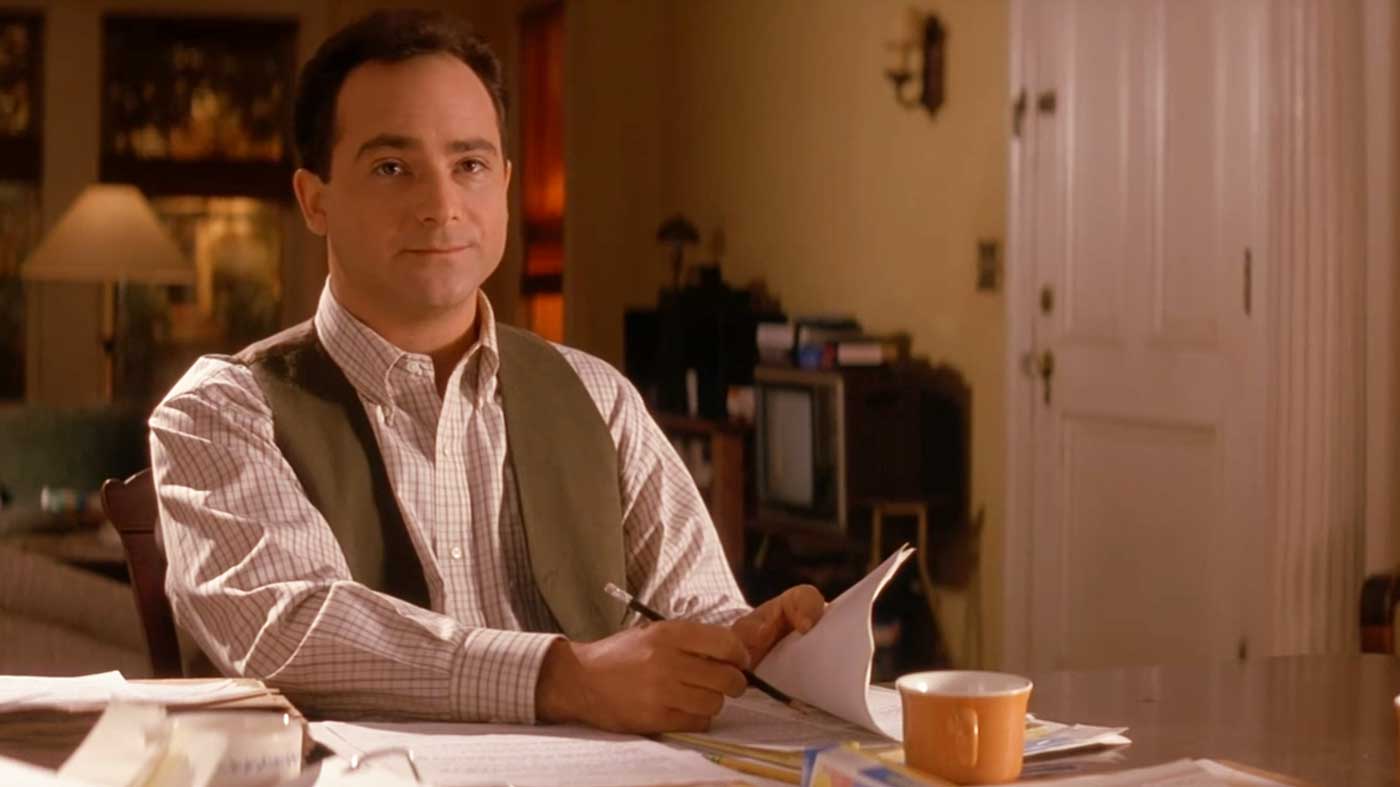 When in court Kaffee adheres to military uniform and wears a 3×6 double breasted suit jacket with no vents. The shoulders are padded and there is one single medal ribbon on his left breast.

This is the National Defence Service Medal. He wears Jr. Grade rank and Judiciary corps insignia on sleeves. 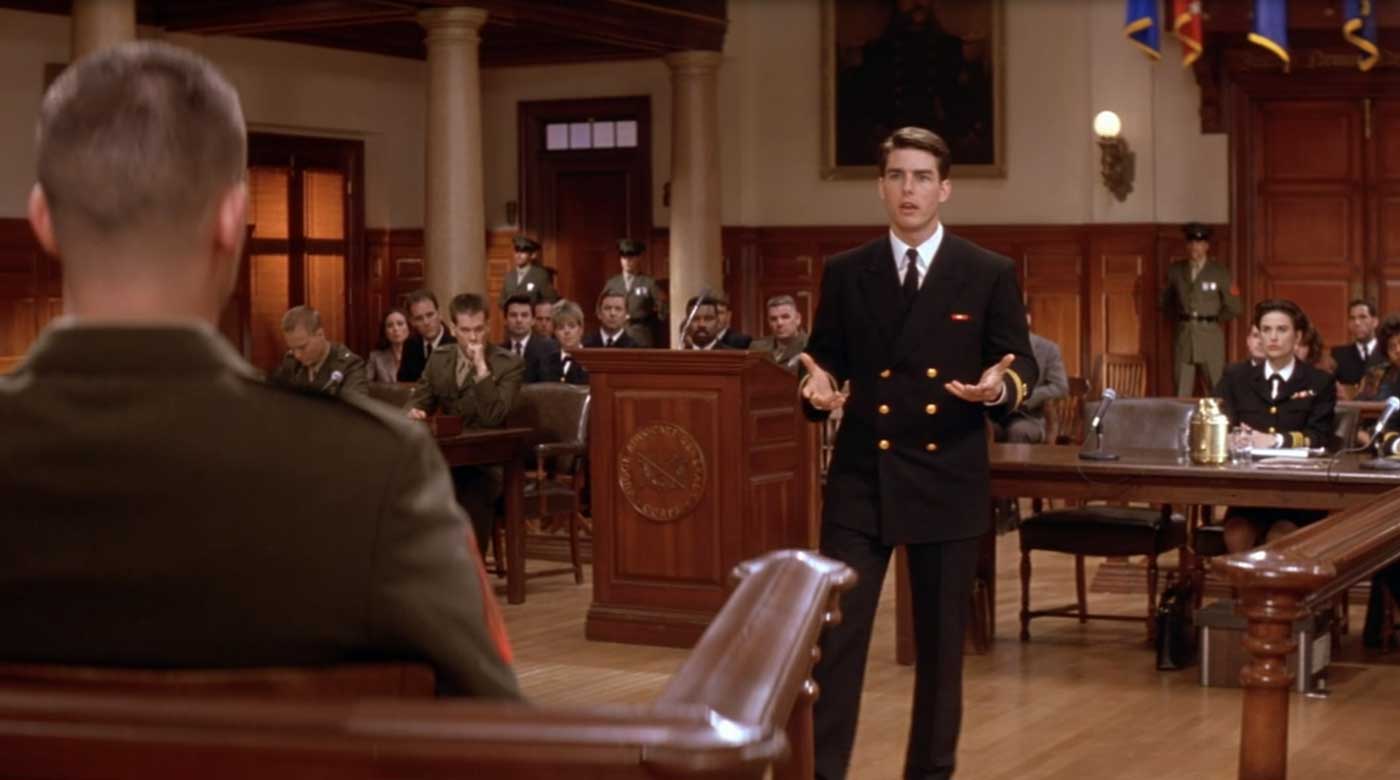 Time for the truth

When Colonel Jessop turns up for the final act, his dress uniform has the Navy Cross ribbon. (Blue left, white middle, blue right). The only one that tops that is the Medal of Honour. 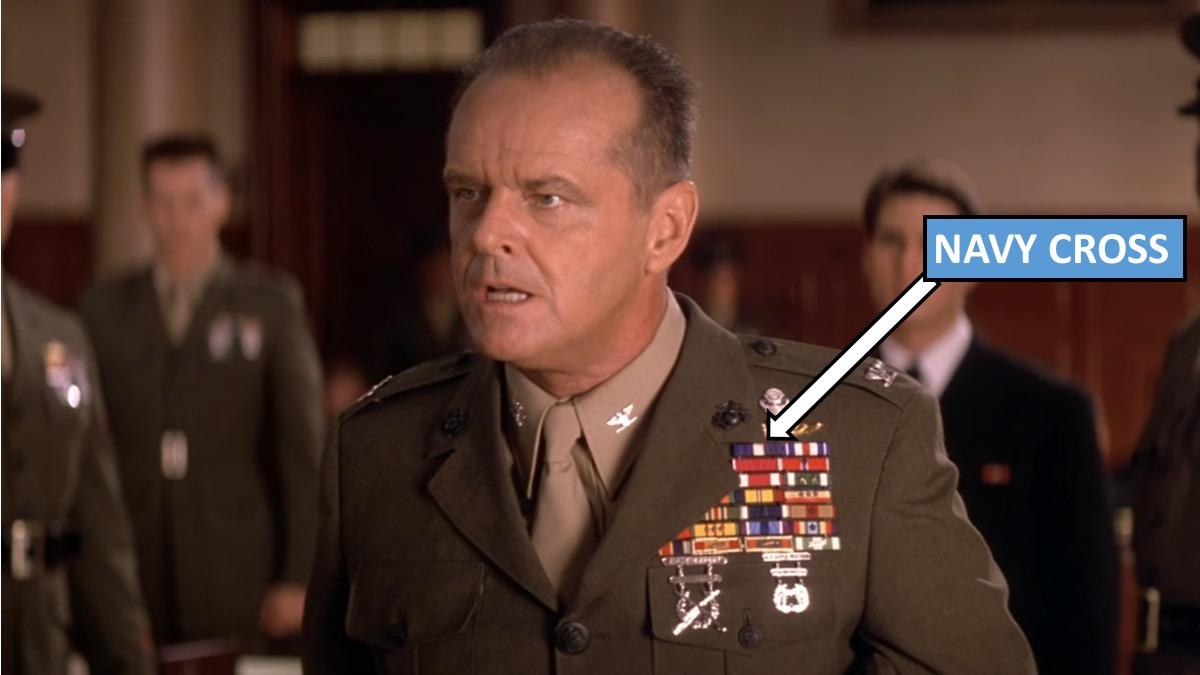 Props from A Few Good Men

Western Costumes supplied a service hat for Tom Cruise and his Khaki shirt uniform was made by Creighton. That was sold for $4,063 at Nate D Sanders auction, October 2019.

The Navy Officer cap Kaffee wore to Cuba to meet Colonel Jessop was made by Bancroft caps and was sold at Julien’s Auction for 9,375 USD.

The military uniforms were supplied by The Marine Shop from Quantico Virginia. The original screen worn military uniform worn by Capt. Jack Ross can be seen on YourProps. 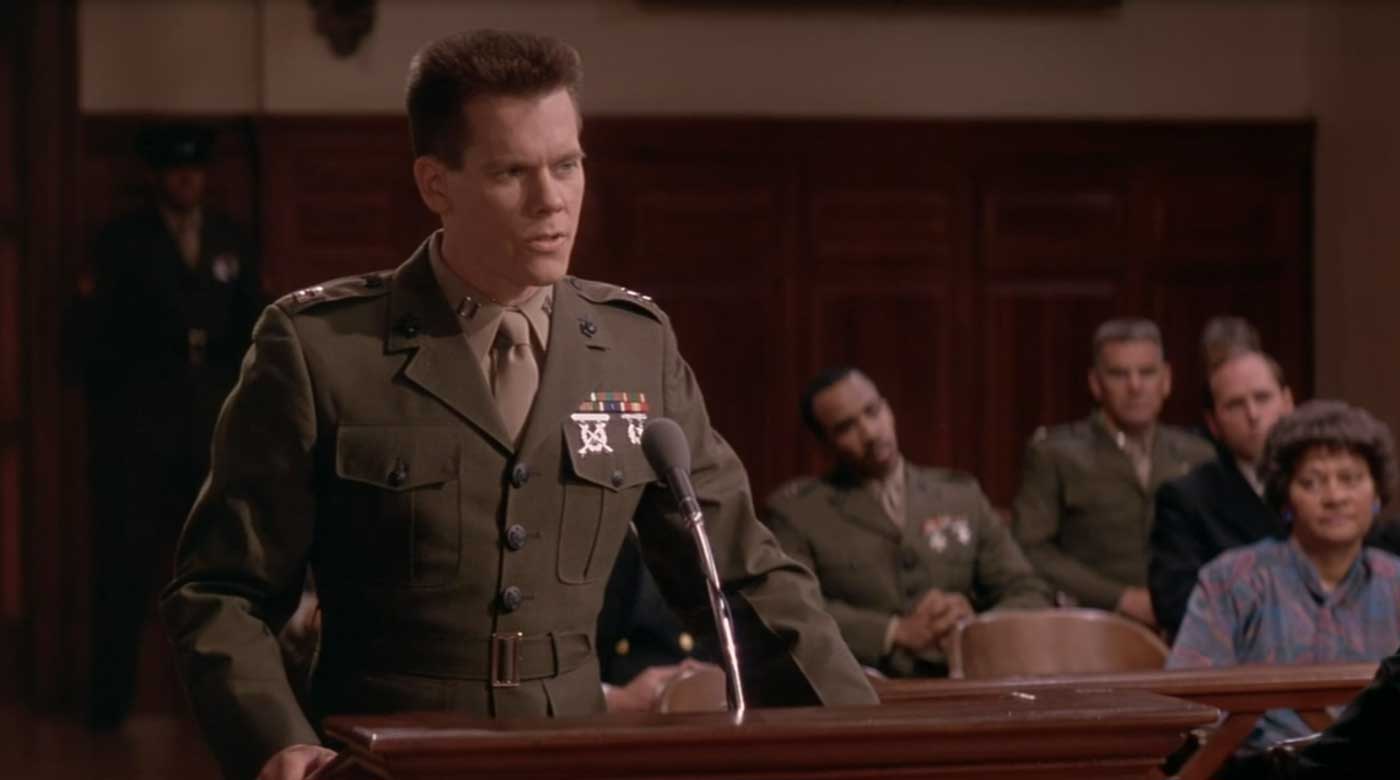 After I fully penned this article I found this costume reference guide for all the military outfits and uniforms for all the characters of the film.

One of the most impactful scenes in the movie and one where costume added a disturbing layer to the film, was the Markinson suicide scene.

Markinson played by J.T Walsh got fully dressed in his military ceremonial uniform when narrating his suicide note. It was touched upon in this article over at Fiction Fan Blog. 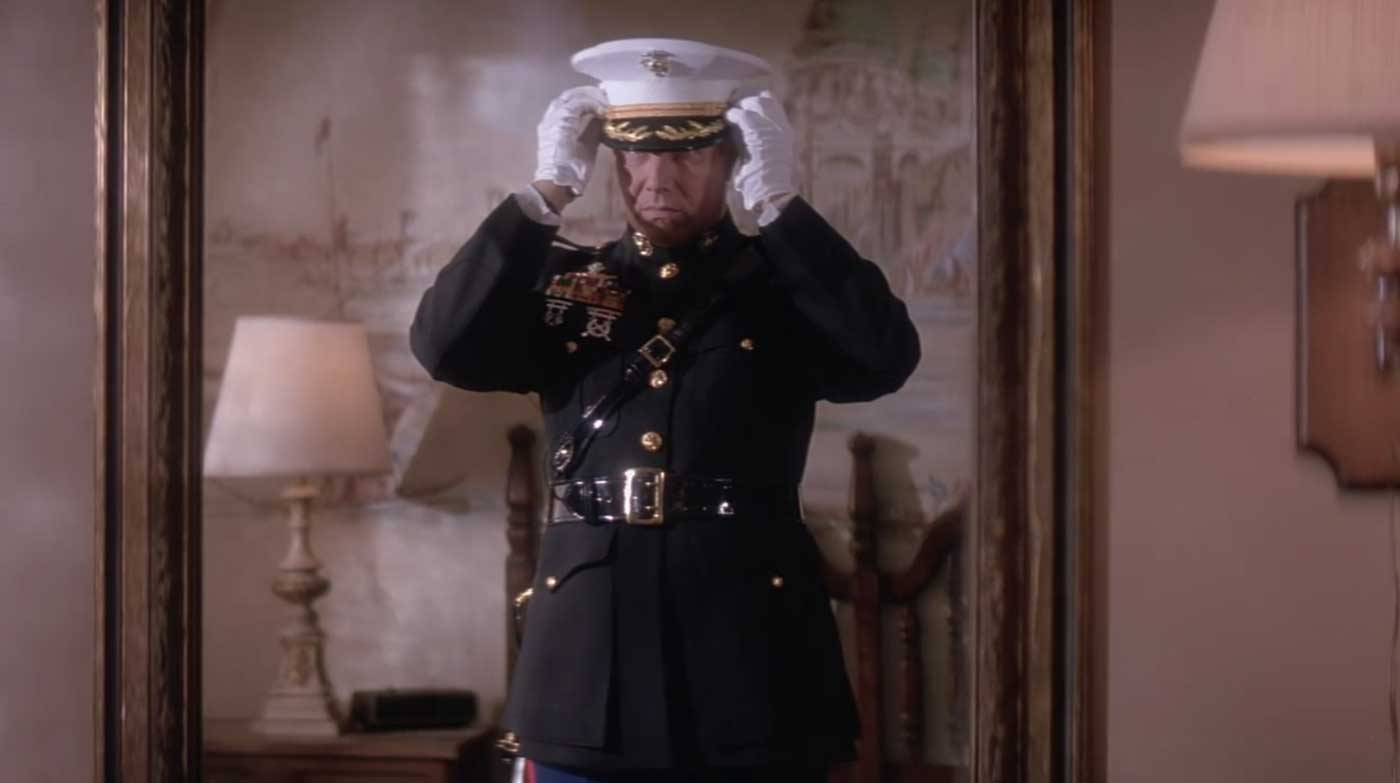