I think that a lot of people forget that Omega has got this really rich horticulture. They studied submarines and they said, I wonder what keeps them from drowning. And they’re like – Oh, check it out. It’s all this, rubber O ring stuff. 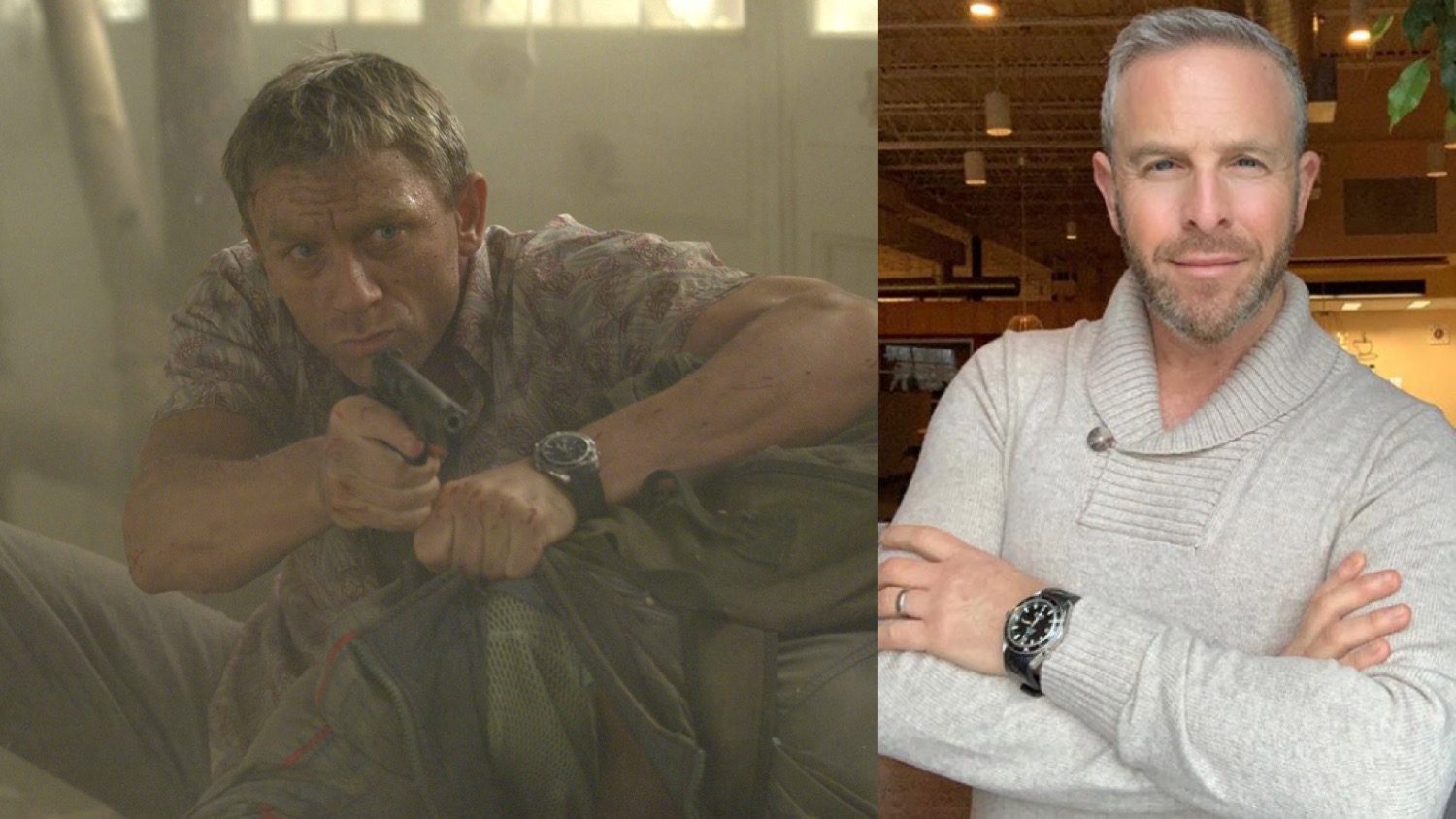 I speak to David Zaritsky from The Bond Experience about his love affair with Omega. David has a few Omega watches in his collection (amongst other brands) from the Bond films. We get to hear about his passion, his personal preferences and some great stories from Omega’s past that not many people know about.

About Omega’s entry to the Bond franchise David says:

They [Omega] did pay to be a part of the Bond films.  1995; GoldenEye saw the quartz version of an Omega watch, and that was not by accident, they paid money and they continue to pay money.

What people tend to forget is Omega have an amazing military background. They started in 1848. In many cases they pre-date Rolex. When people think of Omega outside of Bond they think of the Speedmaster which is the moon landing watch. Thats truly what made them famous but the Seamaster is more prestigious. 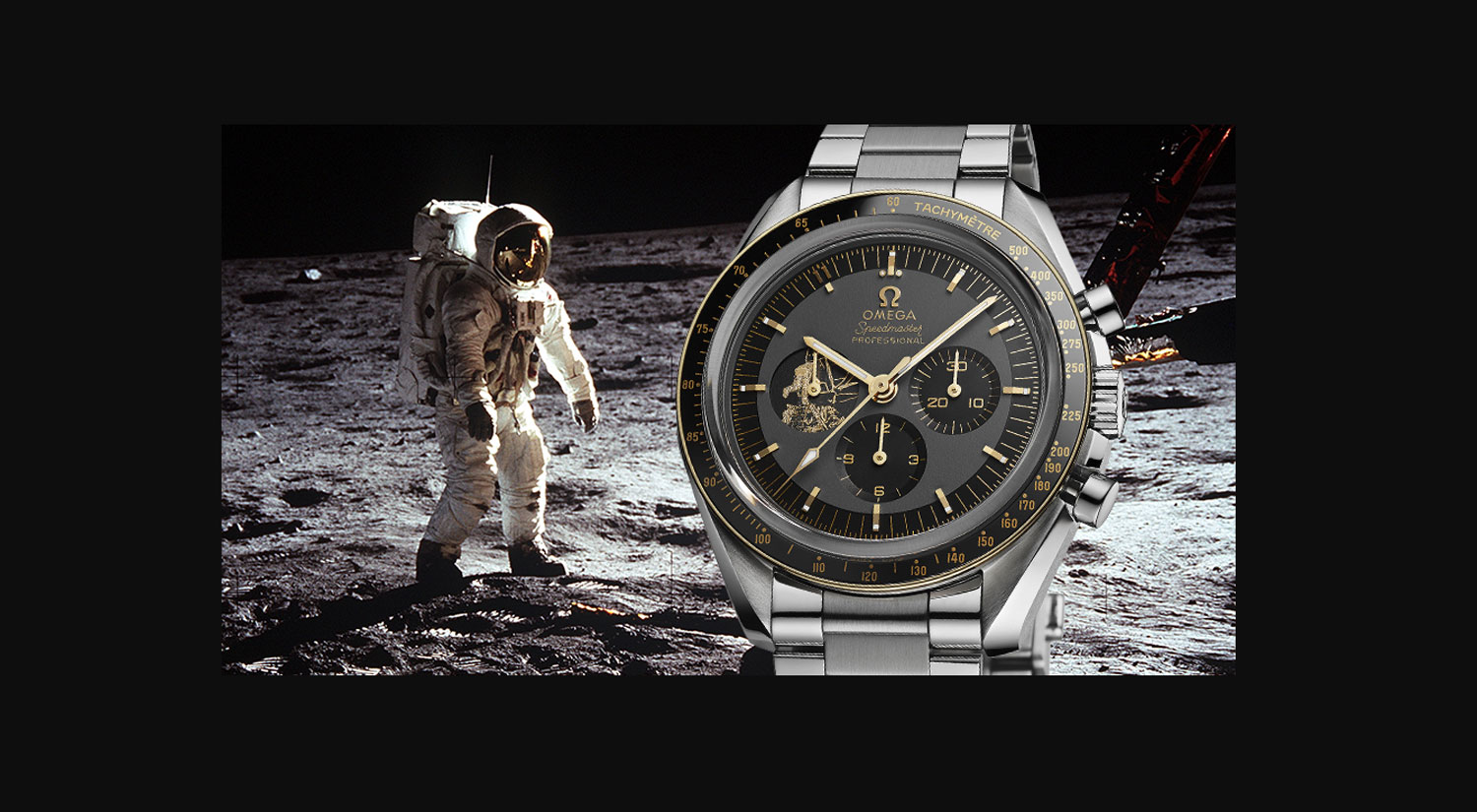 PB – What do you think to people like Jonathan Sothcott saying that there are no comparisons to Omega and Rolex?

DZ – There’s nothing like a Rolex, for holding its value. And he’s absolutely right. Today, you have to go on a waiting list, you cannot today walk in and get the Rolex of your choice. You’ve got to go on a waiting list, you’ve got to get preference, all these things. So the rarity there, they’re buying model is so unique, they they’ve done they’ve done it. An Omega is a little bit easier to obtain, it has nothing to do with costs. There are some Omega watches that retain their value. And then some, for example, that the Spectre one is insane.

Now I wear my watches. So I don’t purchase any of these for an investment. I do know a friend of mine that purchased two, he kept one and he sold the other, and made a $4,000 profit. 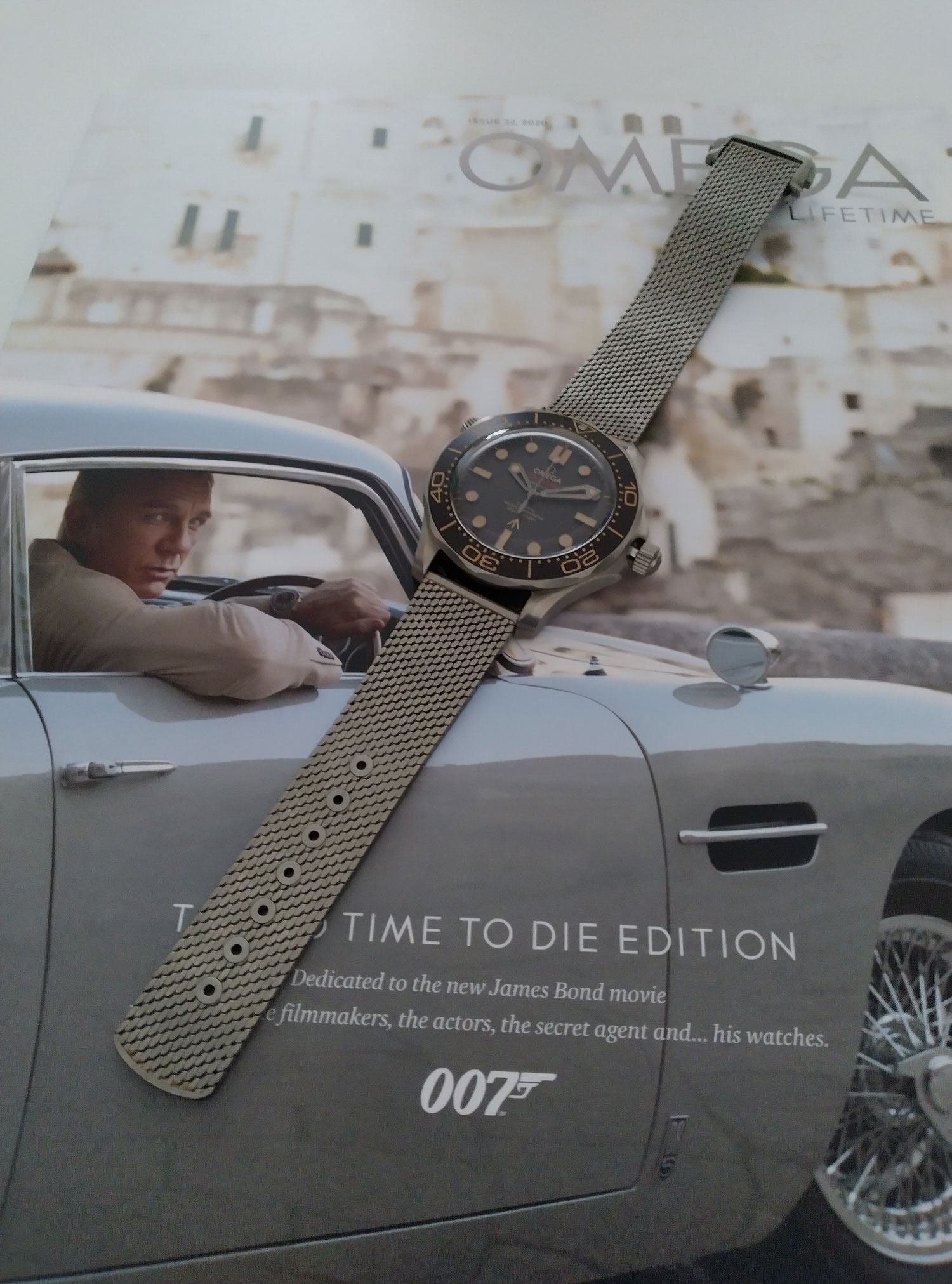 PB – What about the No Time to Die watch as an investment piece?

DZ – It’s not a limited edition of 7000 or 4000. So I think you could always get one if you want one. So that value is not going to skyrocket. It may retain, but you’ve got to have all types of things you need to do with that watch. For example, you can’t even really pick it up. You can’t take off the stickers, you can’t put it on your wrist. Second, you put it on your wrist, it goes down a certain percentage, there’s all these rules of investment.

To me, it’s it’s too much responsibility. It deflates some of the fun of it. Right?

And then I have the added pressure of telling Danielle, I’m getting two watches now, ‘Now hold on honey, because one of them’s gonna be for sale.’ And then literally the ticking time thing of – ‘well, when are you going to sell it? Is today the day?’

PB – What’s the most valuable watch in your collection?

DZ – I mean, I get a lot of questions around – What’s, what’s your most expensive bond collectible? Right? You know, what’s the one that’s worth the most money? What’s the one that’s worth the most to you emotionally? I’ll tell you I’m not a monster watch guy. I mean, I have I’m looking around my collection right now, I have real watches strewn in my collection. And then upstairs in my bedroom, I have the three watches I wear the most. And outside of that. That’s it and my Spectre one is probably the most expensive next to the Rolex one that Danielle wears, that’s definitely the most expensive that would fetch the highest price right now.

Rolex patented the Oyster case in 1926, and in 1927 it was successfully used for 10 hours as Mercedes Gleitze attempted to swim across the English Channel. The Omega Marine became the first industrially manufactured for commercial production dive watch in 1932. The Seamaster is not more prestigious than the Speedmaster.

Also, Omega has a problem with releasing too many limited editions of watches which devalues the brand in my opinion.

Quick gripe, the No Time To Die watch has a faux patina that looks like water got in and damaged the watch, not a feature you’d want on a diver! I also would never wear either a rubber or Nato strap with a tux, they are too sporty for the formality of a tuxedo.

Maybe wear it on a bracelet or a nice leather strap, but who would ever dive with a leather strap? Also please stop calling it OMEEGA, it’s Omega. Just because someone can afford expensive watches, it doesn’t mean they actually know anything about them and what makes them special. – mattsojourner03 (On YouTube).

Next on my reading list will be the A Moon Watch Story: The Extraordinary Destiny of the Omega Speedmaster by (collective).