Alexander Olch and THAT Matera Tie | #46

In this episode Matt Spaiser from Bond Suits goes in to the Alexander Olch New York branch to discuss the Avery Tie seen in No Time to Die. Here is a quick introduction snippet to that interview with Alexander. 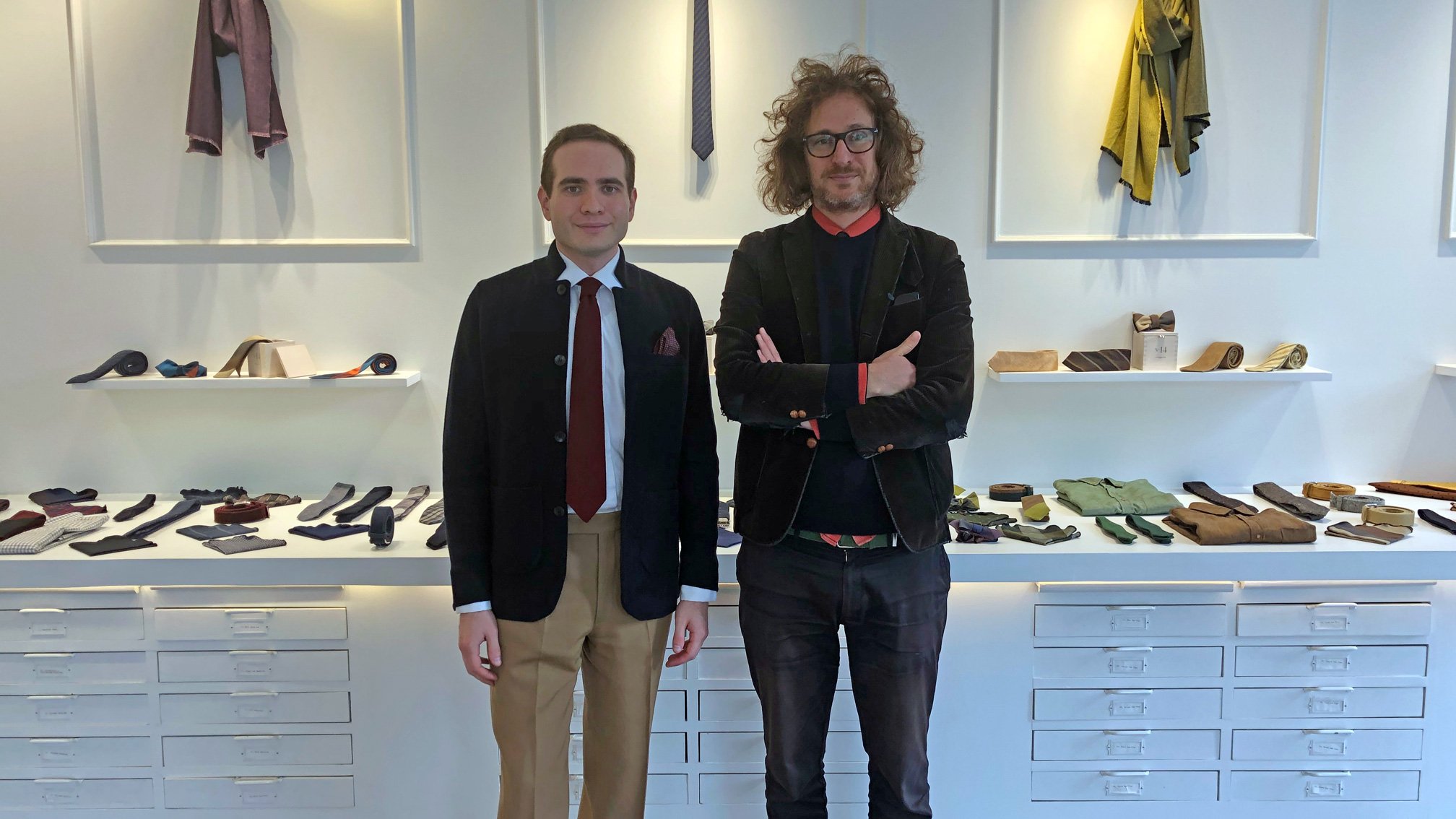 When I started the business, it was entirely wholesale, selling to department stores. Bunch of accounts in Japan.

In the winter of 2011 I set up a pop-up store for the holidays. I built the store in 8 days. It did so well they asked to stay open in January. It did well in January which is a slow month in retail and continued all the way to July.

I was looking for new office space. Instead of that I found one with a store front that had an office in the back.

Yes I still direct film, I opened Metrograph which is a cinema around the corner. I like making things. I group them in two categories.  In time, beginning middle and end; and objects that doesn’t have a timeline. Paintings, fashion design, space design etc. I like to be working on one or both. To me its all related.

I like to play around with tradition, something old something new. 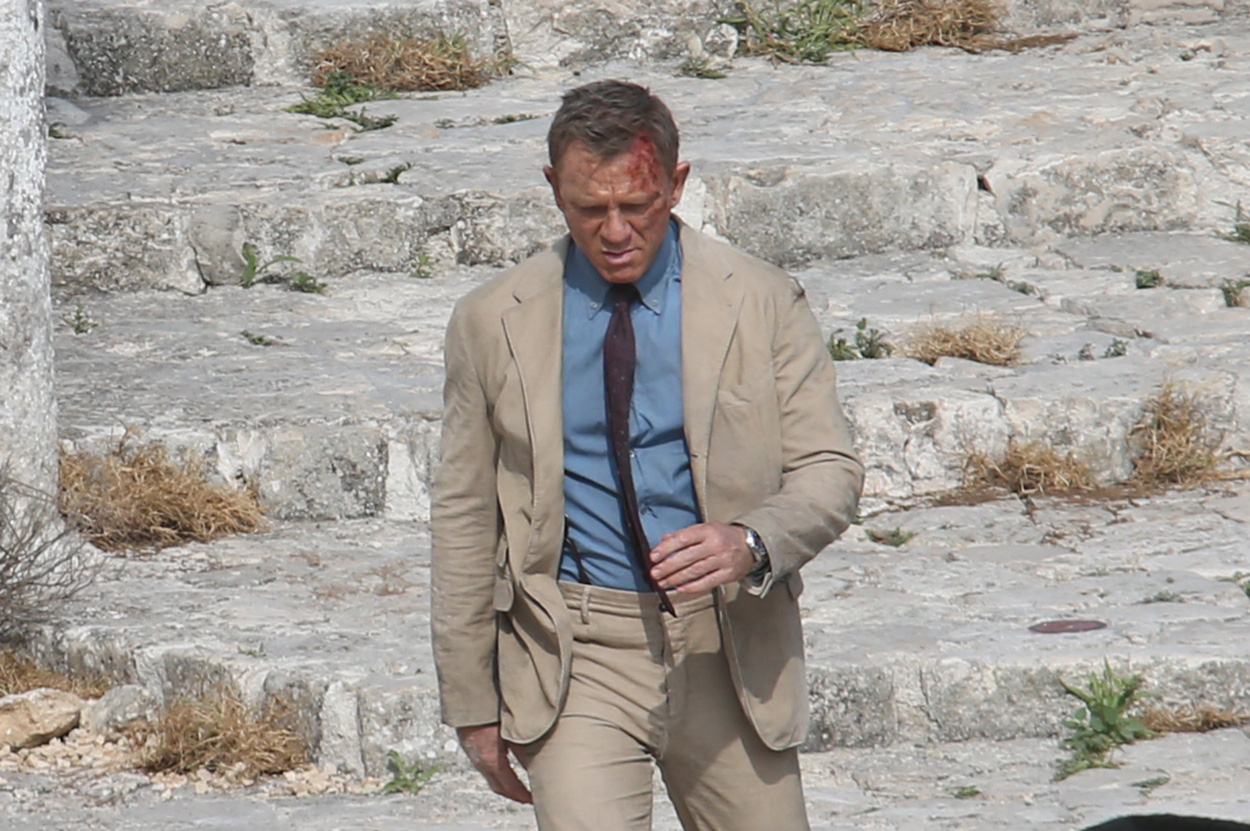 This is a very rare treat to interview people on location. Well done to Matt Spaiser for getting this audio, an in person chat with Alexander Olch. Listen to the full chat, available in the player below or on iTunes, Stitcher or Spotify.

Read more about the style of James Bond, including the costumes of No Time to Die in the book From Tailors With Love: An Evolution of Menswear Through the Bond Films available on Amazon.

A word from the costume designer on Alexander Olch

On the Blamo! Podcast Suttirat Ann Larlab referenced said to Daniel Craig on capturing the spirit of the Matera look, (loosely transcribed).

For whatever reason, in that moment, said, a little bit like Annie Hall.. he said, That’s exactly right, like Annie Hall. And I don’t think anybody won’t be able to understand what I meant by that fact that he glommed on to it. Then I immediately thought of okay, I’m sure Alexander Olch has something to me that reads that will make this outfit sort of feel a little anti polish. Oh, yeah. I showed him the website. And we looked at it, he was like, Oh, great. Any of these would work.

And I sort of narrowed it down to what I thought would work best with that suit. And then Eva, one of the assistant designers in our department, I sort of gave her the contact and she kind of worked out like we adjusted certain width. We we knew we wanted a width that they didn’t make and all that kind of stuff. So then she did the logistics with them. And that’s how it ended up in our hands.

In an interview with James King for the Official James Bond 007 podcast, the costume designer for No Time To Die Suttirat Ann Larlab said,

I think there’s some tropes that exist in the, in the sort of popular mindset of what bond is and you have an image in your head of what the bodies are going to be like. There’s always a bunch of people running around in boiler suits, when you revisit them, you try to put all of that in the into the context of the characters and the sequences and the requirements of each story.

So that it doesn’t just seem like iconography for iconography sake. Cary as a director is so exciting visually, he wants you to uncover all the background into why something visually makes sense. So we can either decide to have every decision via kind of synthesis of all the you can have found, or you can just deny all of that, because it’s been done doesn’t make sense for what the script wants or what this character needs. I tried to make sure that we were paying enough attention to make it recognisable and feel like it fit within the lexicon of what Bond is. But we also wanted it to feel different and sort of push it forward.