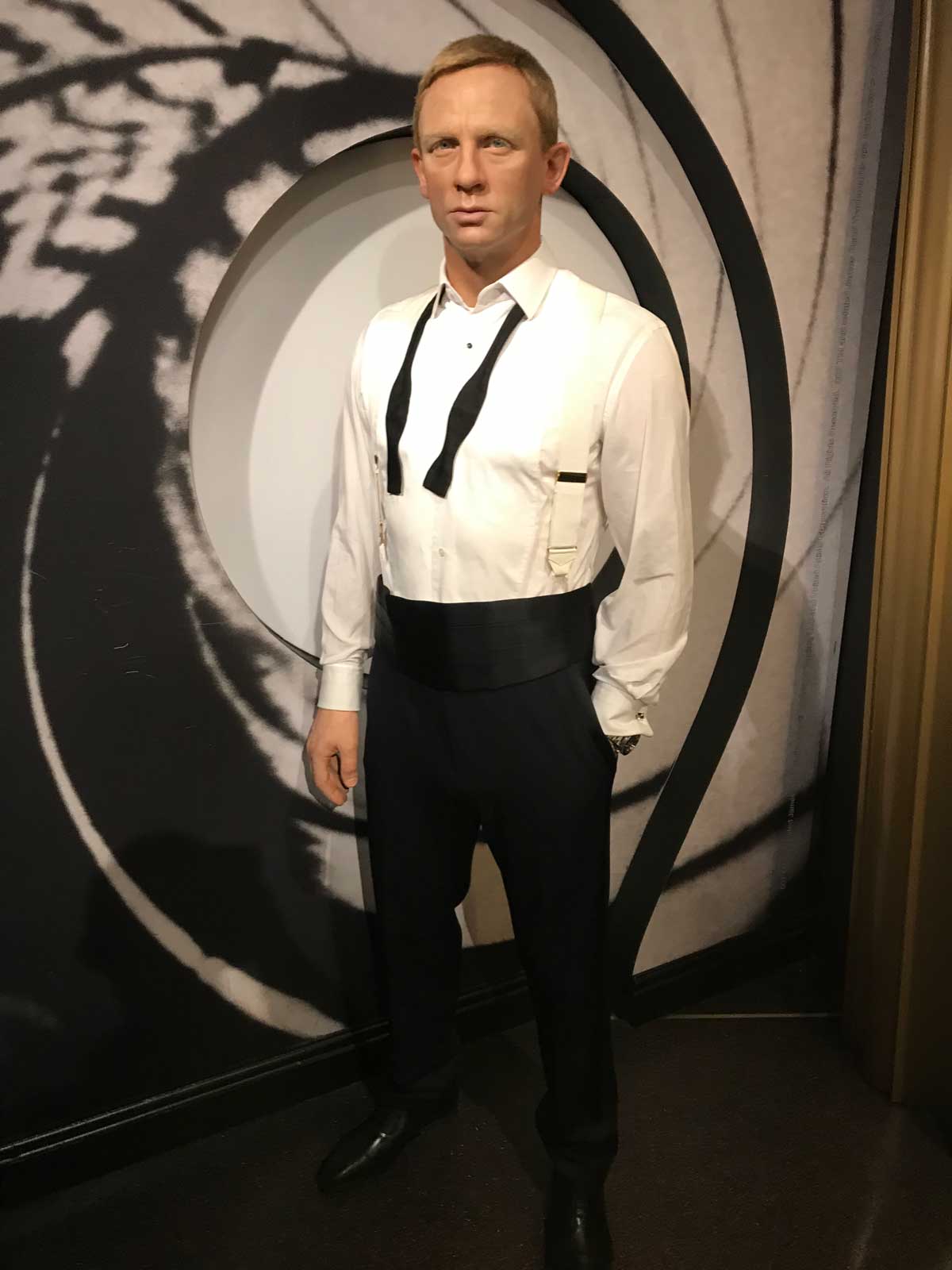 It’s right on my doorstep in Baker Street and its taken this long to get to Madame Tussauds. Thoroughly recommend it. It’s like being in a VIP party, looking at celebs from across the room as you talk over the shoulders of nobodies.

In the back of my mind I’m thinking, ‘there he is. Oh my GOD it’s fucking that guy from the tele who’s very famous indeed. Although I don’t know his name, what he does or anything. But he has that famous look and every one is clambering for a selfie with him’. 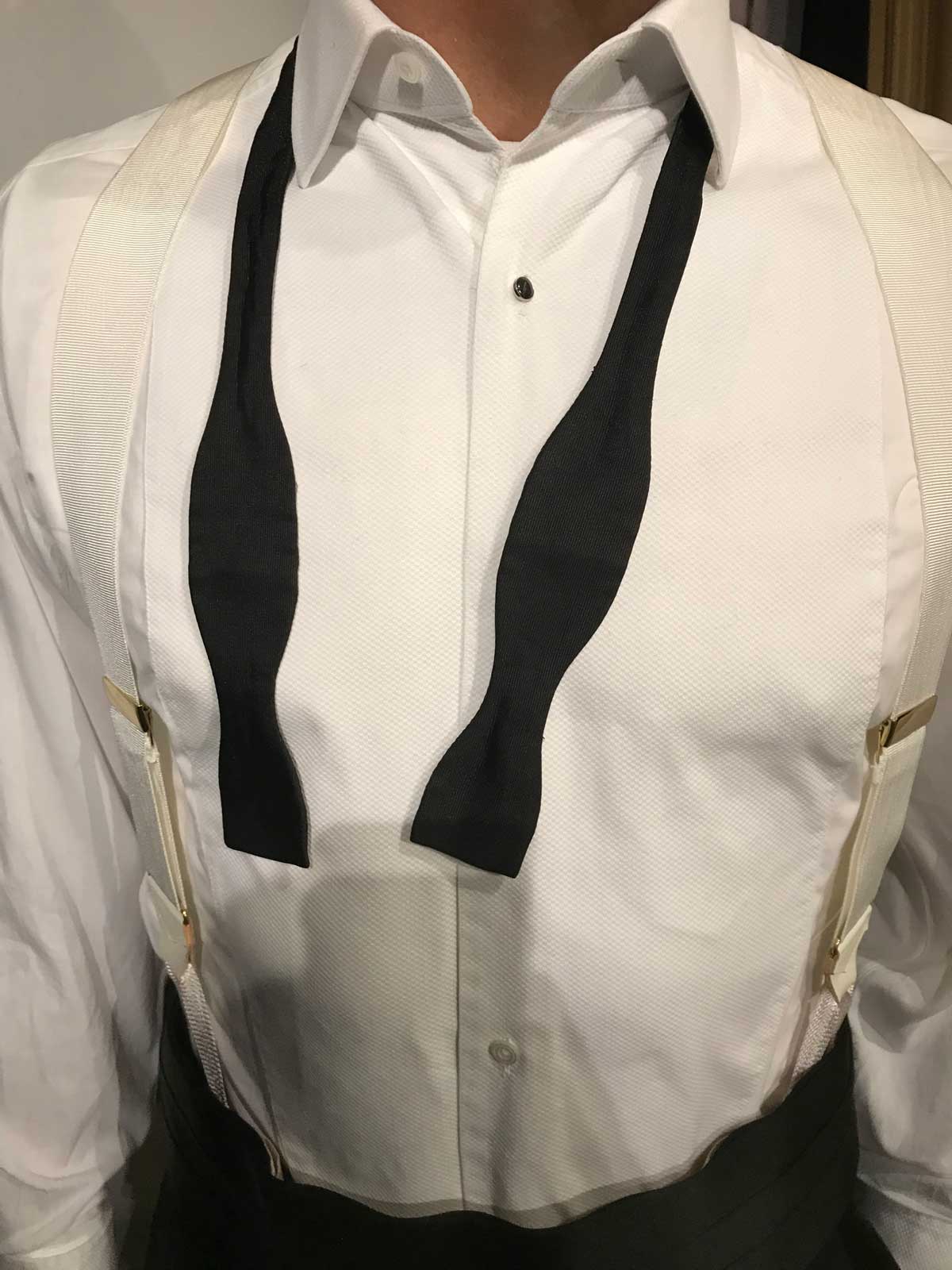 I spoke to Matt Spaiser from The Suits of James Bond and my co-host for the podcast, From Tailors With Love.

According to Matt, Daniel is wearing a Marcella shirt and his hair looks shit. It’s a double cuff shirt with cubed-quartz cufflinks. The trousers have a traditional satin strip down the side and twin jetted pockets on the rear.

He is sporting a cummerbund, the Albert Thurston White Moire braces and the Omega Seamaster 300. The shoes are two-capped 3 lace Oxfords, black leather uppers. Doesn’t he look the bollocks? 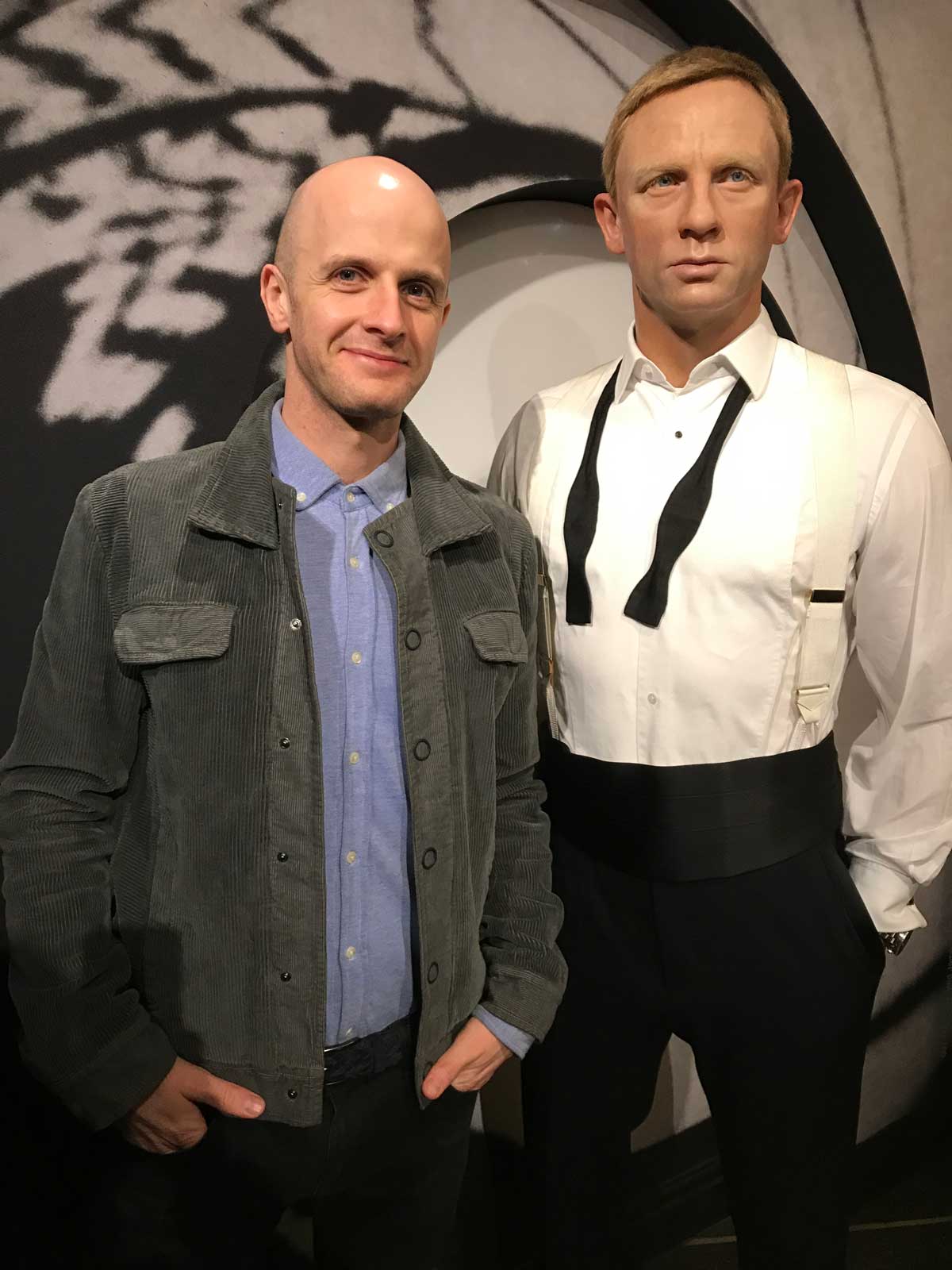 Other well-heeled wax works were Tom Cruise, Benedict Cumberbatch, Eddie Redmayne in a red and black plaid suit, reminiscent of the Valentino suit he wore to the premiere of The Danish Girl. 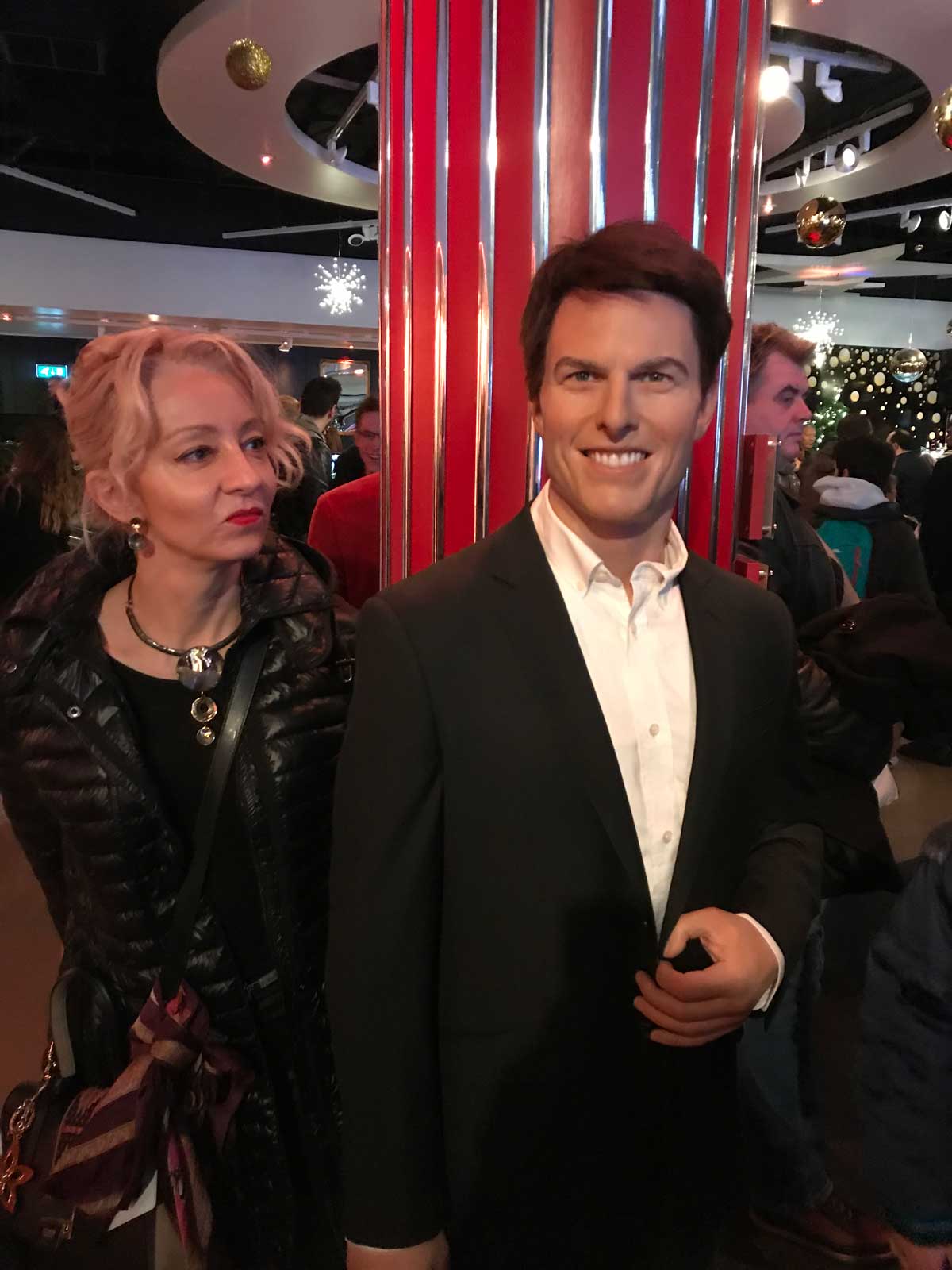 Brad Pitt looked like he could shag his way out of an army of the undead in his two covered button tuxedo jacket, with notched silk facing lapels. 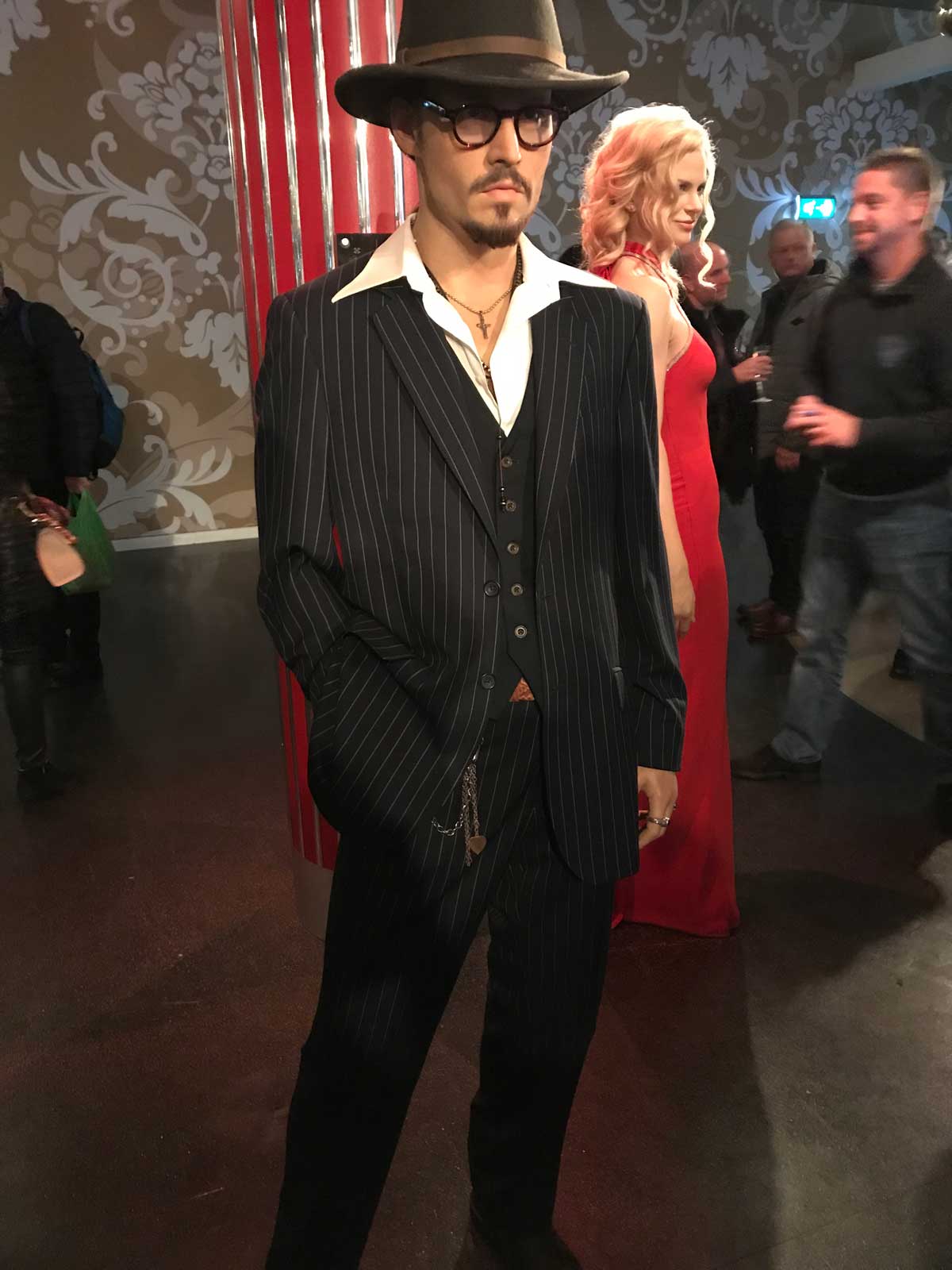 I booked tickets online through the Madame Tussauds website which were £35 each. Best to book online and go straight through. You’ll have a quick bag check and photography is encouraged.