[…] as he comes out of retirement to do the badass stuff he immediately starts looking evermore elegant. 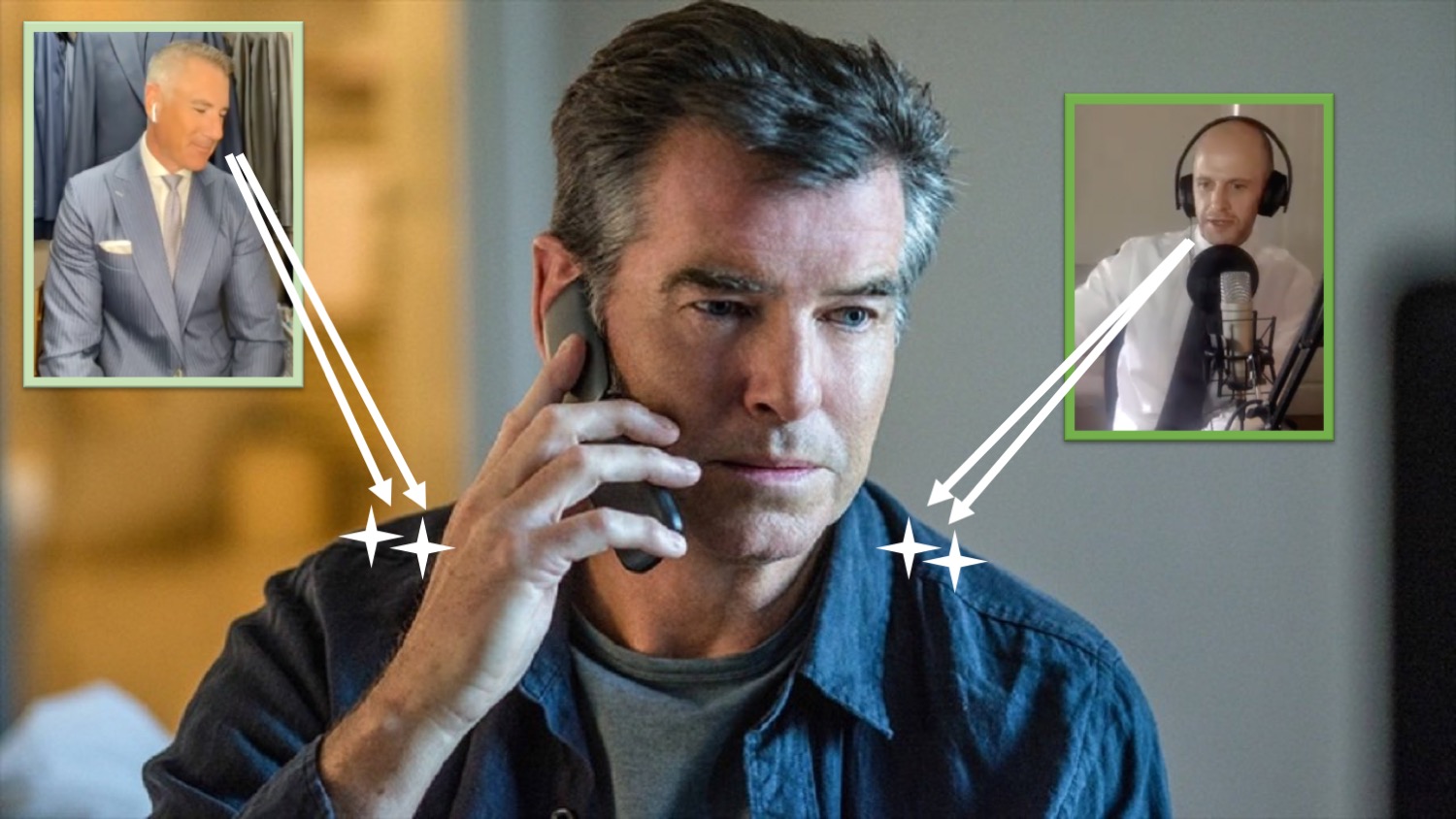 The November Man was directed by Roger Donaldson, based on the book There are No Spies by Bill Granger. The Costume Designer was Bojana Nikitovic who’s Filmography includes: A Good Day to Die Hard, Ghost Rider Spirit of Vengeance, Papillon (remake).

Early in the film, you see Pierce Brosnan in Switzerland, although actually filmed in Montenegro. Brosnan’s character Peter Devereaux had this ‘Riviera look’ to him in his Brunello Cucinelli linen shirts. I don’t know if it’s intended or not, but there’s a little slovenliness to this. Nothing’s well pressed or ironed, it’s all very relaxed and casual. It all looks to be hanging off him.

But as he comes out of retirement to do the badass stuff he immediately starts looking evermore elegant. A hardened slick, kick ass protagonist that we’re used to seeing him play from his days as James Bond. I think that’s the costume arc that we’re seeing here, not too dissimilar to Bond’s trajectory in both Skyfall and No Time To Die. 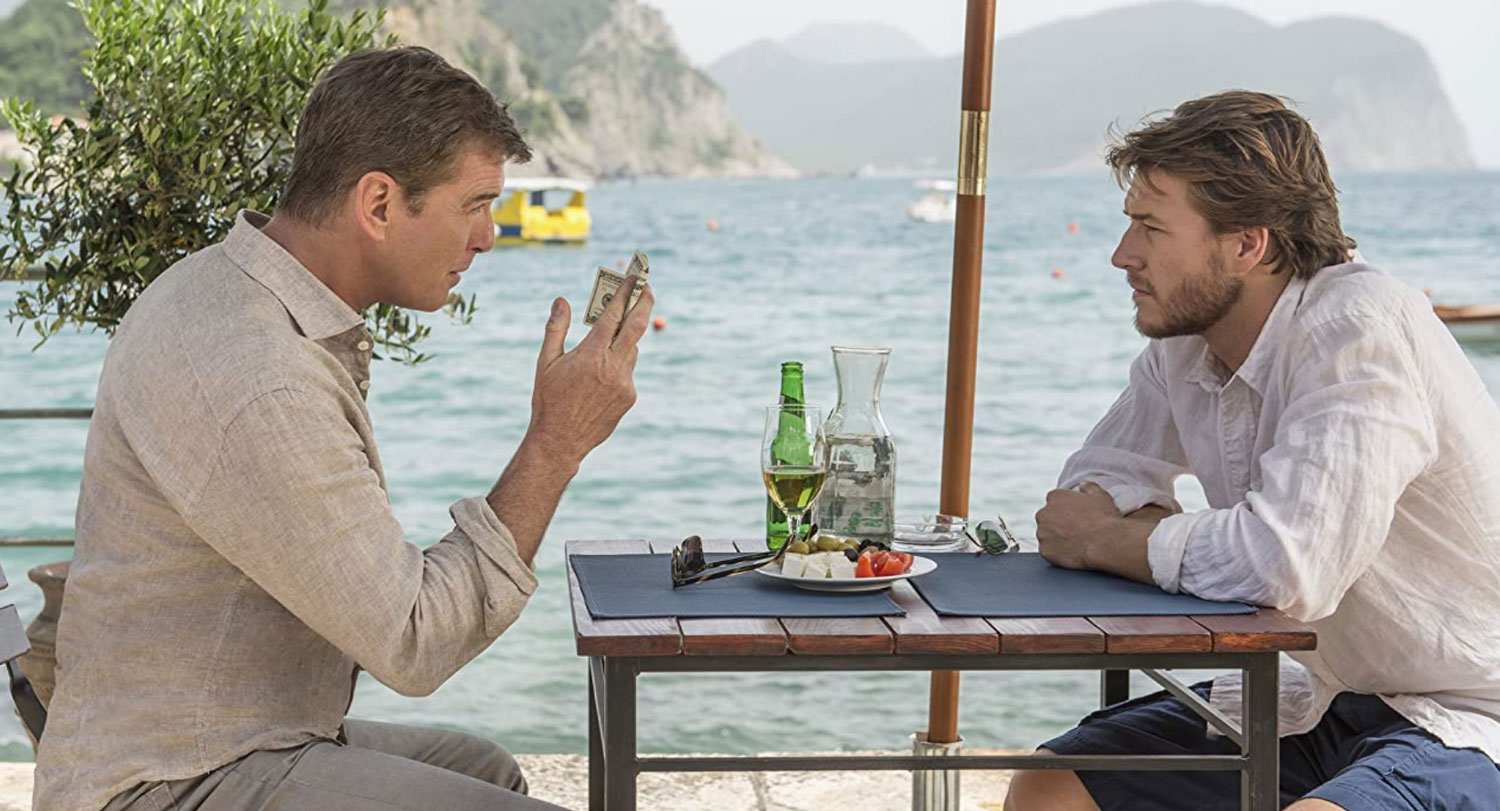 Not the Bondian look

To make him look less like James Bond, and to dislocate the audience’s muscle memory of Brosnan as Bond, the costume designer has chosen a black shirt under a blue/grey Brioni suit. My guest on the show is Ben Waters, he works as a self-confessed suit obsessed lawyer. On whether that look is appropriate for the courtroom Ben says,

Pierce went with a dark shirt and the light suits, that was a unique choice. It’s not something we’d really seen from his Bond era. It was a unique look and he pulled off. It was great.

I actually did that exact look. Not for business. I’d never do it for work. However, Michelle and I went to a fight night a couple weeks back and I did a dark suit. I did a dark shoe with a black shirt underneath. But I’ll wear the dark shirt, especially fight nights. I don’t do a tie with a dark shirt. So just nice and casual. 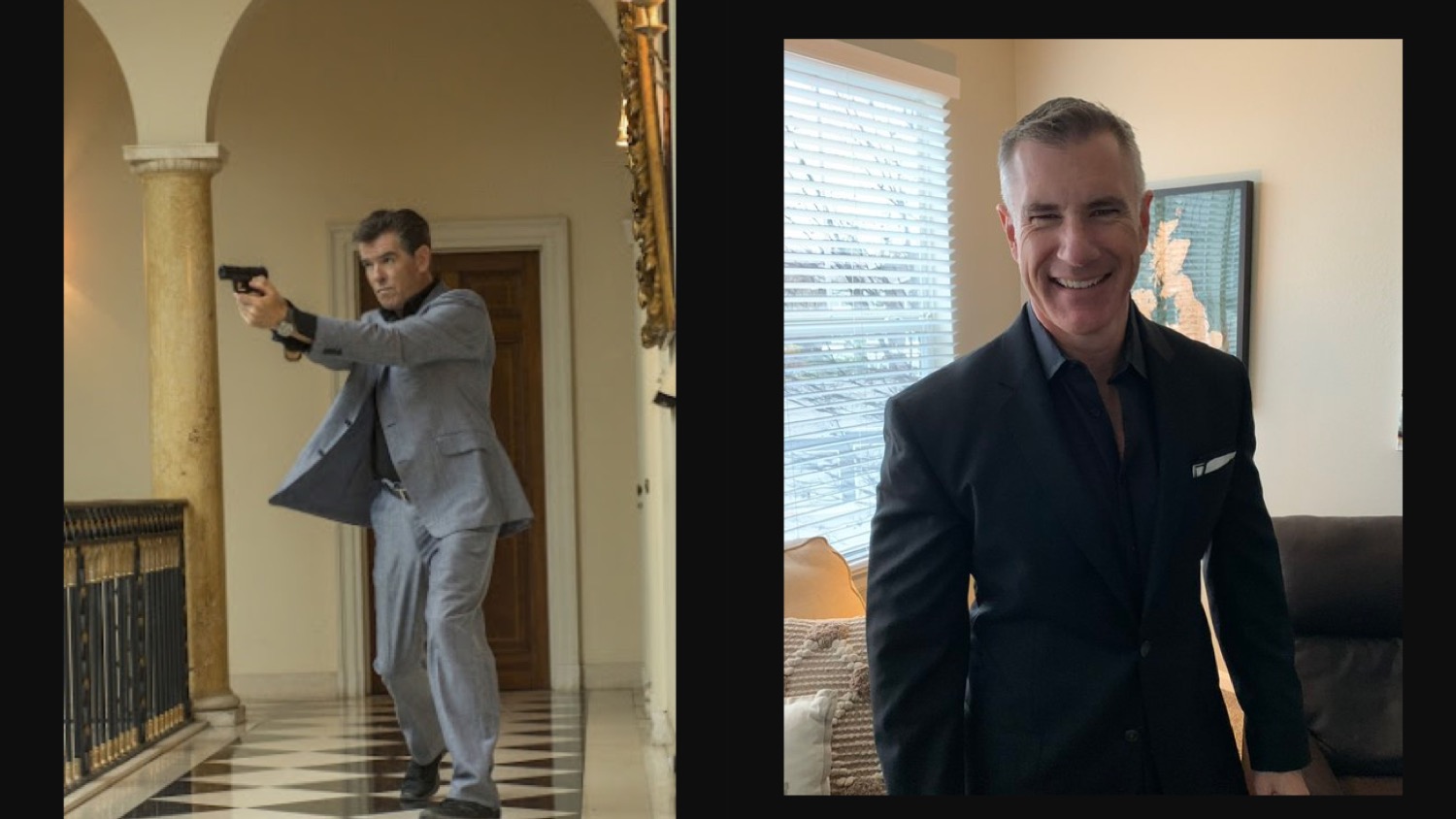 I really enjoyed the realistic spy story in The November Man and the slightly cruel and ruthless character Brosnan played. The clothes were quite good and realistic. I believe his grey silk suit is Brioni (it is) and the blue unstructured linen blend jacket is from Brunello Cucinelli. (It is). Brosnan wears the Persol model 2803-s model in the film. I own a pair.

Loved the linen blue jacket and cream shirt. Not a fan of that “open shirt with sweatshirt underneath” look that seems so popular now in action heroes, but the other costumes are okay to me. 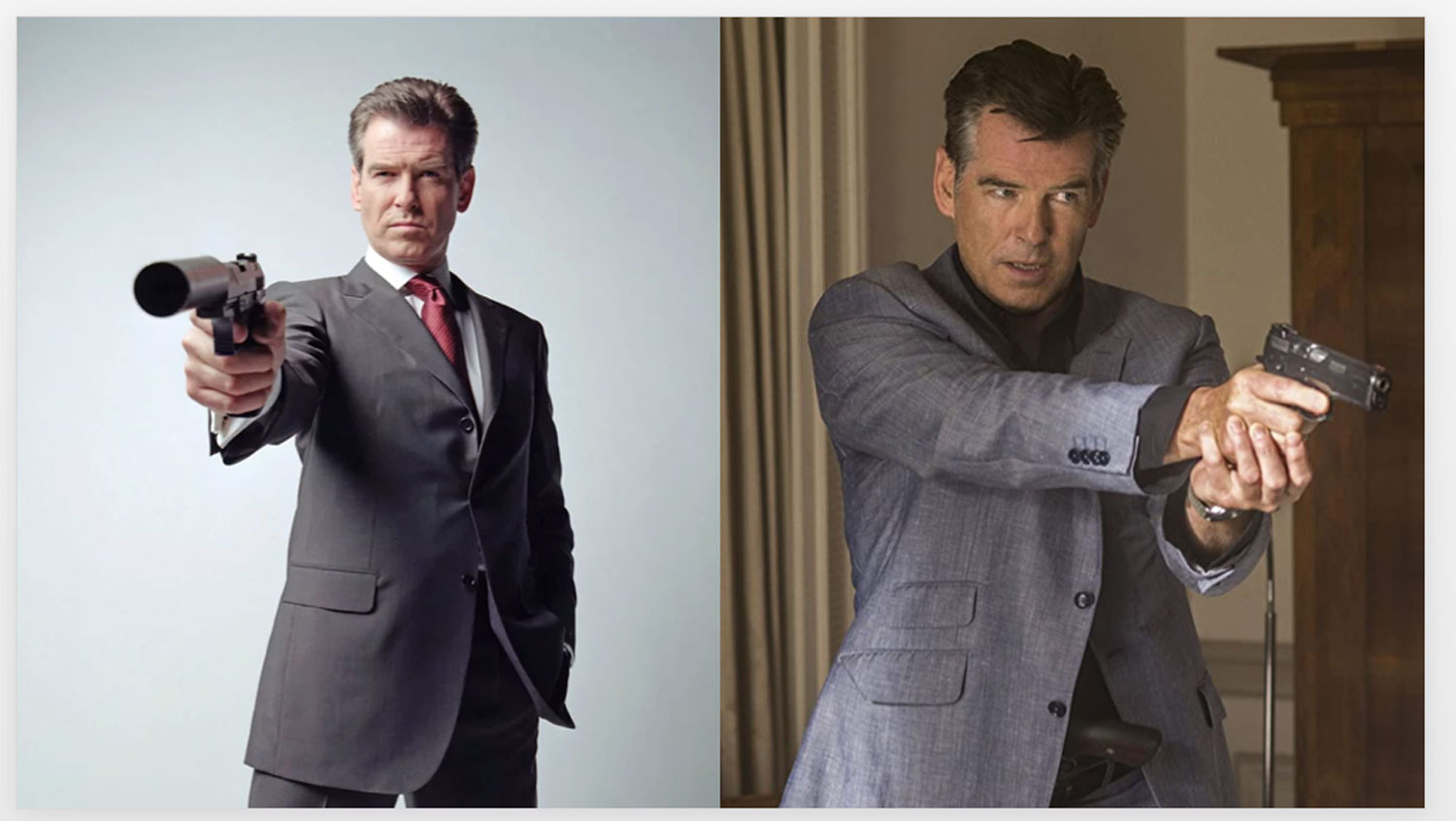 The podcast is available to listen on iTunes, Stitcher or Spotify or in the player below. Don’t forget to leave a review if you like what you hear. You can also catch our chat on YouTube. Follow Ben Waters on Instagram if you’re looking for inspiration for getting in shape and dressing professionally.

Both Bond Lifestyle and Bond Suits have discussed the costumes and accessories in The November Man and helped with the research for this episode. You can catch a review of the Persol Sunglasses in a follow up article by IconicFilmStyle. 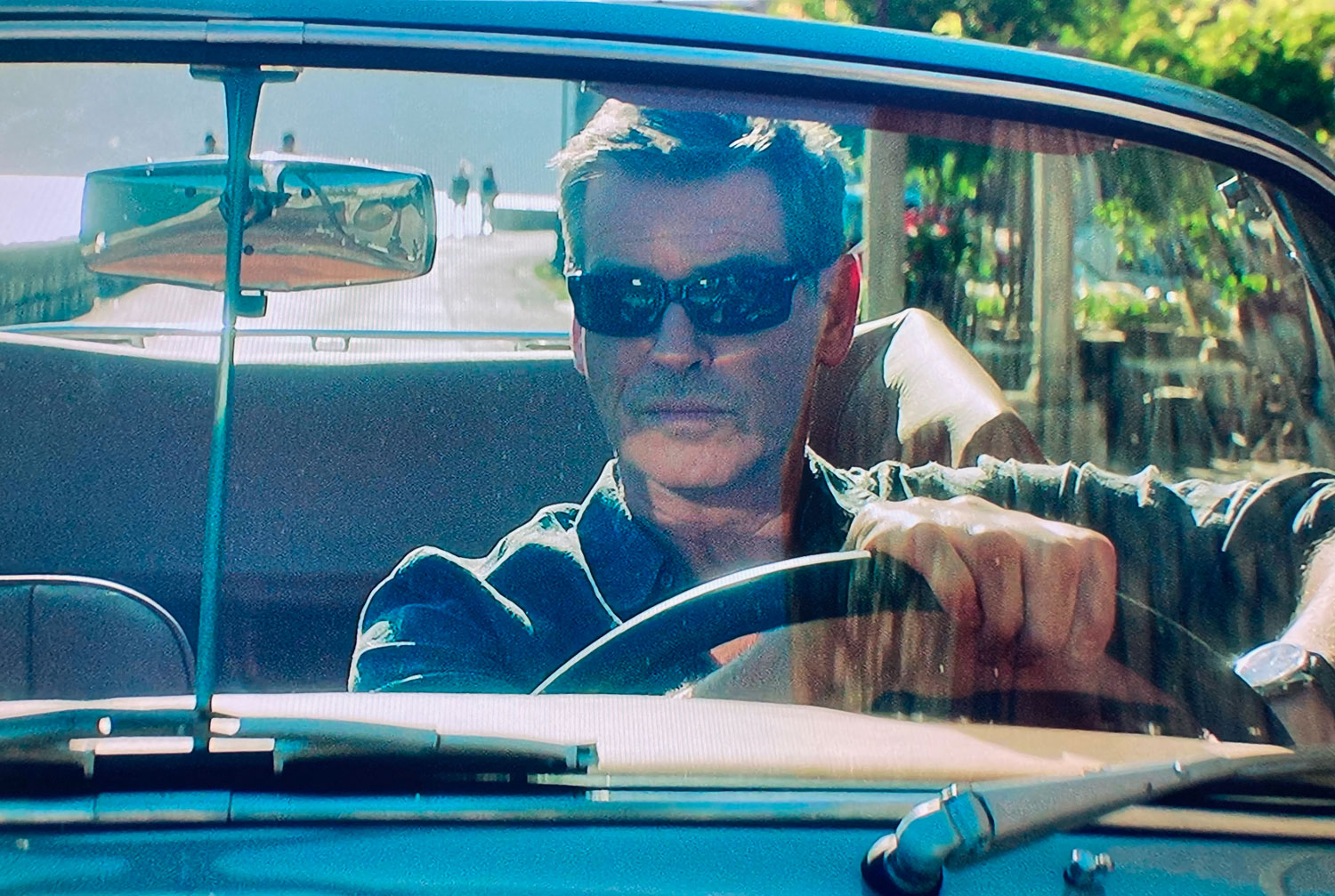 I purchased this film on Blu Ray, although it doesn’t seem too readily available.