Today I thought I’d continue with some of the style templates of Jason Statham, using some of the clothes he wore in The Mechanic (2011). The costume designer was Christopher Lawrence who had previously designed for Jason Statham in Crank in 2006.

Christopher Lawrence has styled Statham impeccably in this film, affording him the unassuming clothes that would befit an assassin. In doing so the dark long sleeve crew neck tees, the black roll necks and the Funnel Neck Coat worn with the collar popped, pulls focus towards Statham’s face. Which lets face it, is never a bad thing.

In fact Statham’s wardrobe in The Mechanic is intentional muted by the solid colours. It’s casual, sometimes smart casual, and of course tactical where it needs to be. 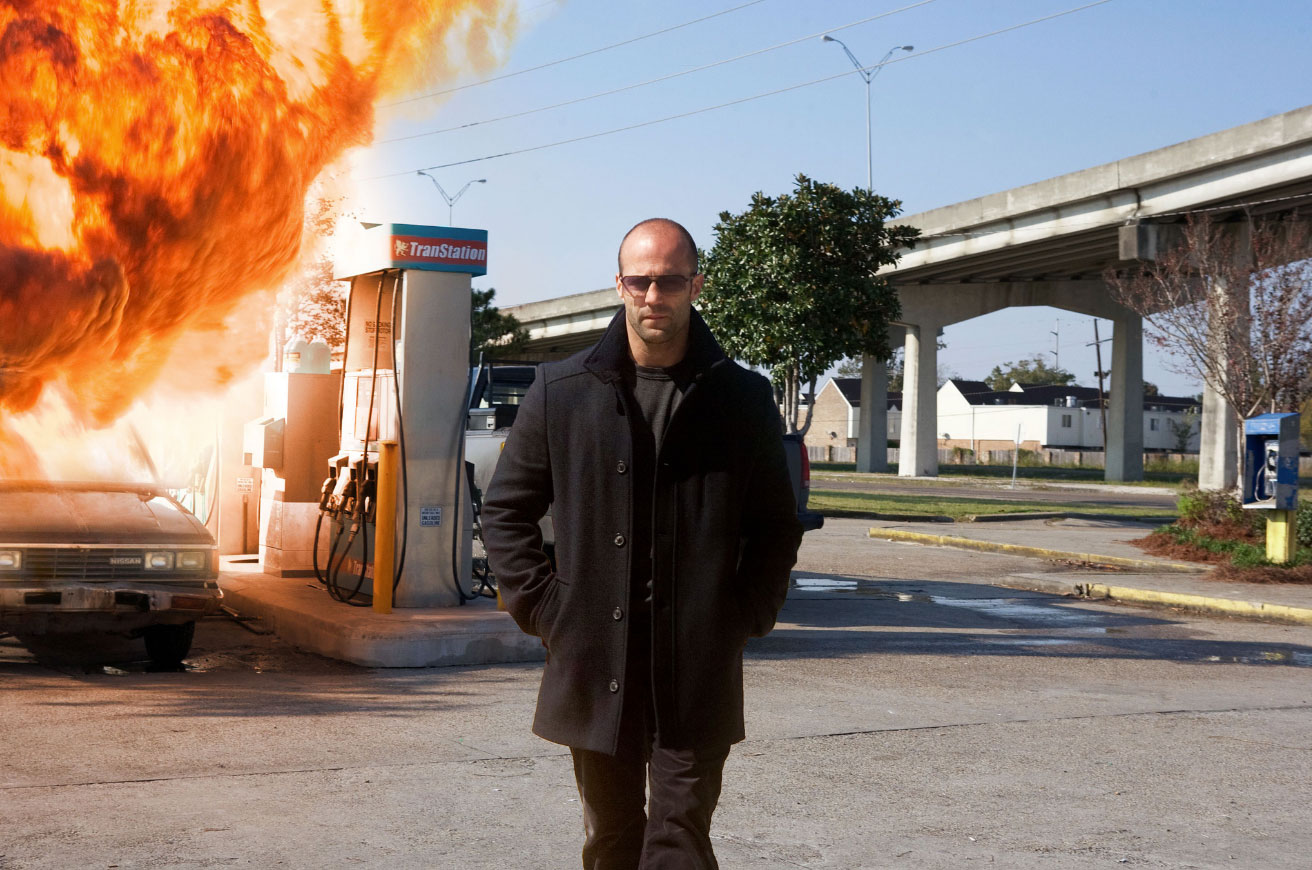 Statham plays Arthur Bishop, a man whose life is purely instructed by discipline and routine. He wears his clothes to blend and disappear. Unlike James Bond who it could be argued, wears clothes that would mark him and ameliorate him from the crowd. Bishop has to remain inconspicuous, unlike his counterpart in the film Steve McKenna played by Ben Foster who can afford to be a bit more mercurial with his clothes.

His stand out pieces would be the Funnel Neck single breasted Peacoat.

PS – Christopher Lawrence is on Instagram. I have contacted him regarding this film and will update this blog accordingly if we manage to establish the identity of this coat.

Using Google Search Image lens some curious alternatives came up. None of which I’d personally go for. But you can click any image to inspect the products should you wish. 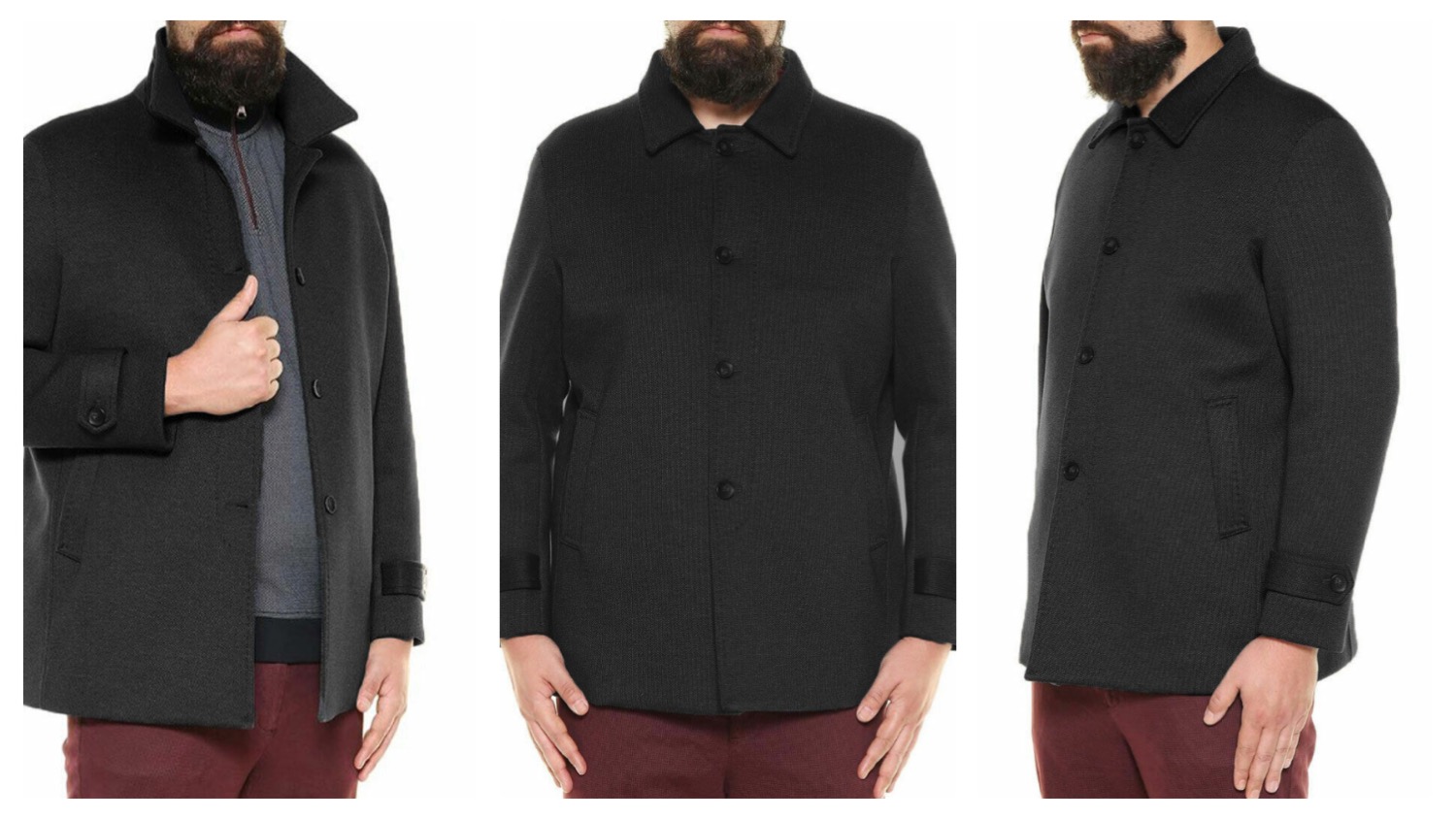 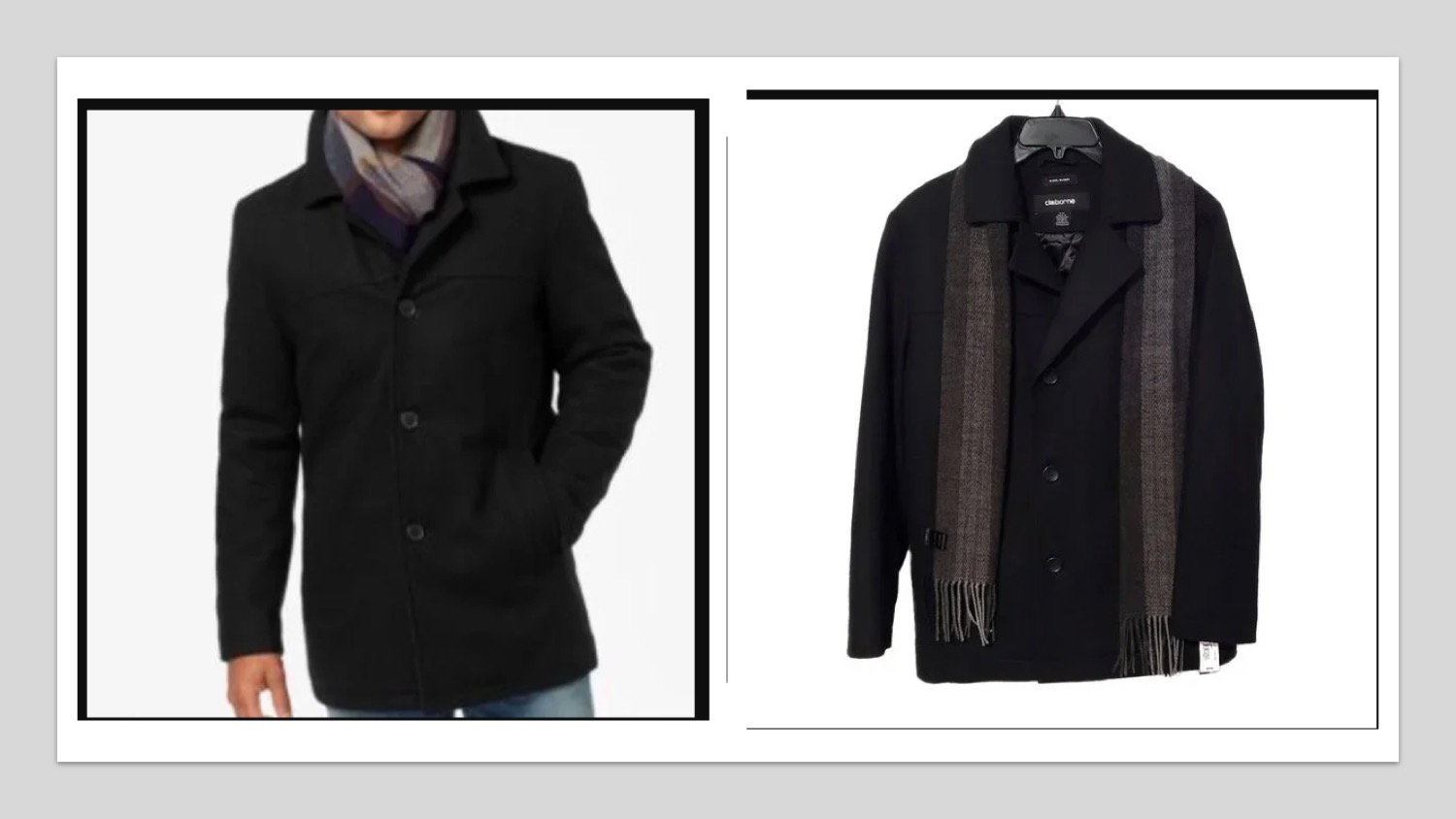 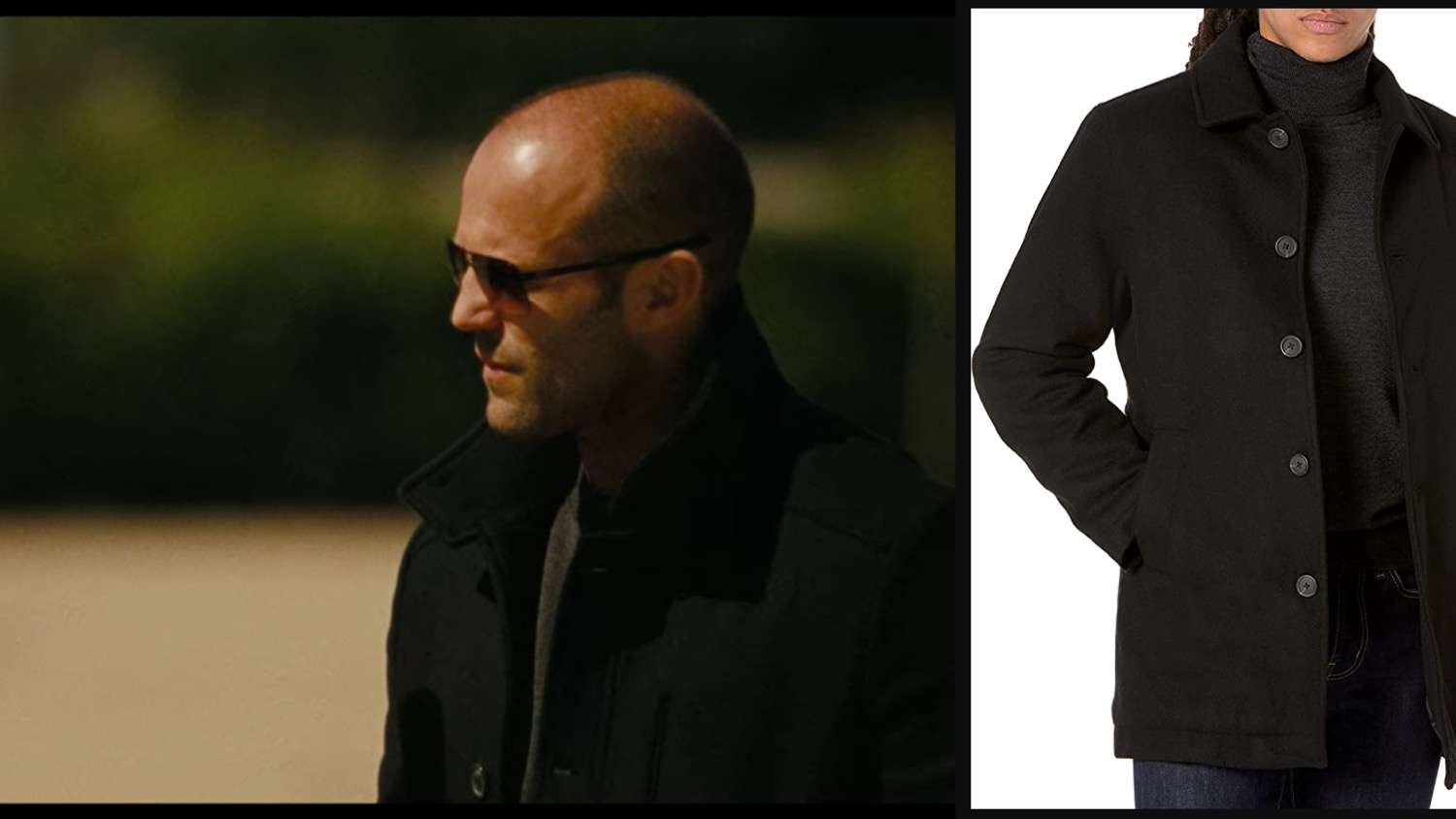 The one I liked when Google searching for a funnel neck single breasted peacoat was by Ted Baker below. It has a closed placket which offers a sleeker look. However, you should opt for wearing this open whilst walking away from an explosion. Much sexier. 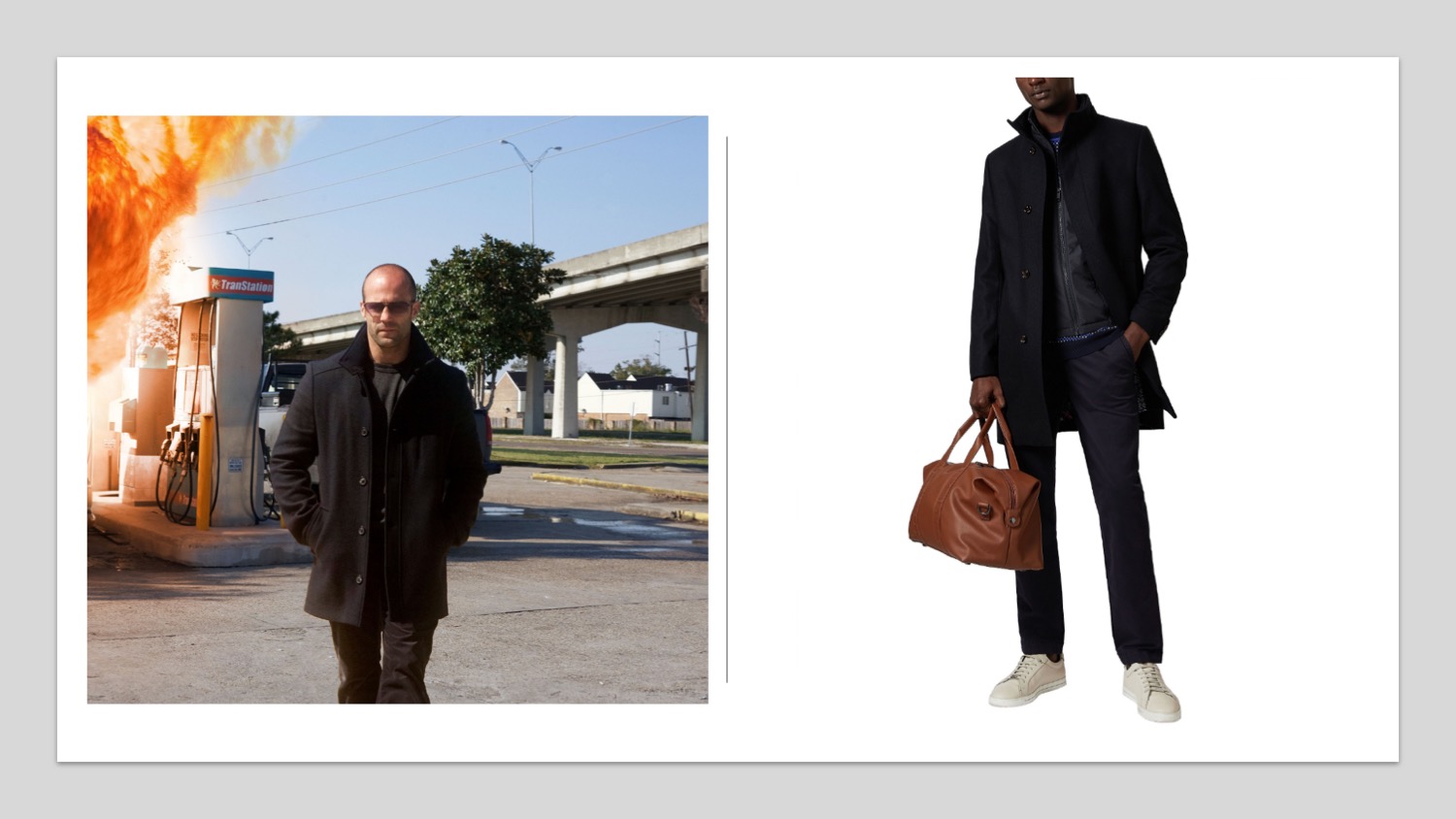 Further looks include the chunky ribbed cardigan. A speckled version of this by River Island can be found on the likes of ASOS for a ridiculous price. Had they been in stock I would have bought one myself and gone against my sustainable grain. I’ve included the link in case it returns to stock. 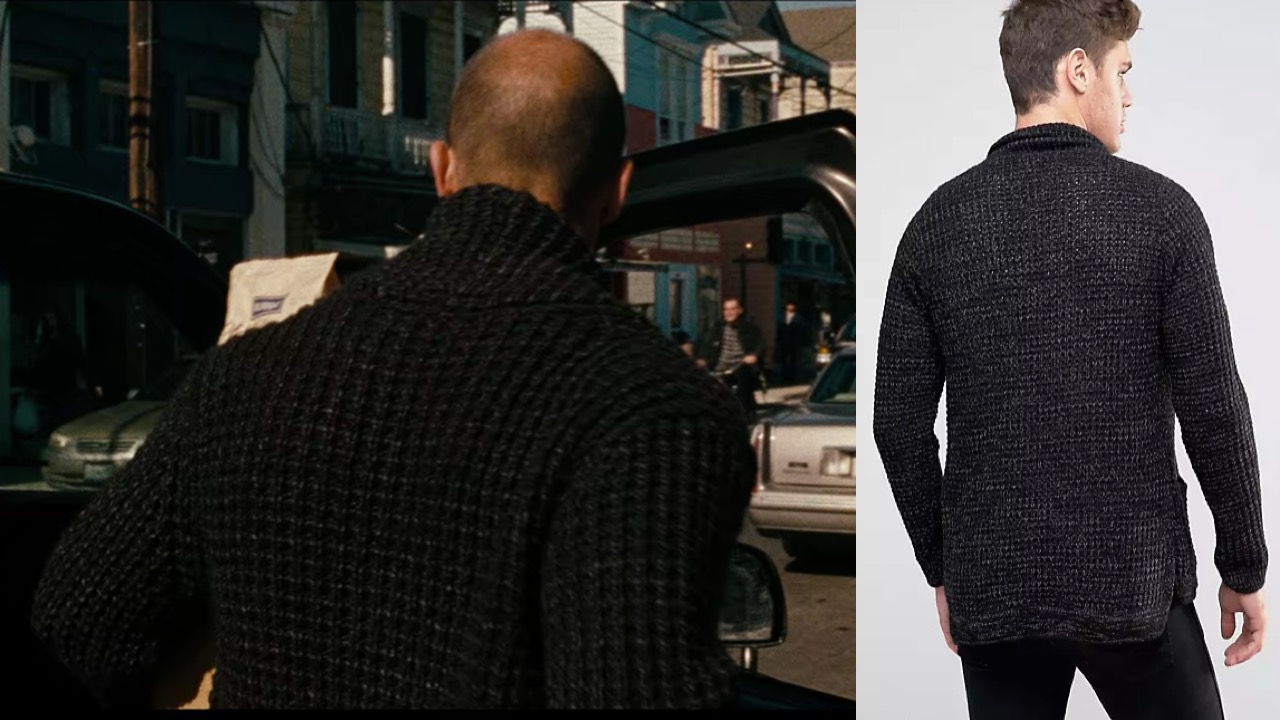 Amazon of course do an acrylic shawl cardigan version for ‘Amazon Prices’. A more fitted zipped version can be found on Bon Prix (as seen below) for an equally accessible price. 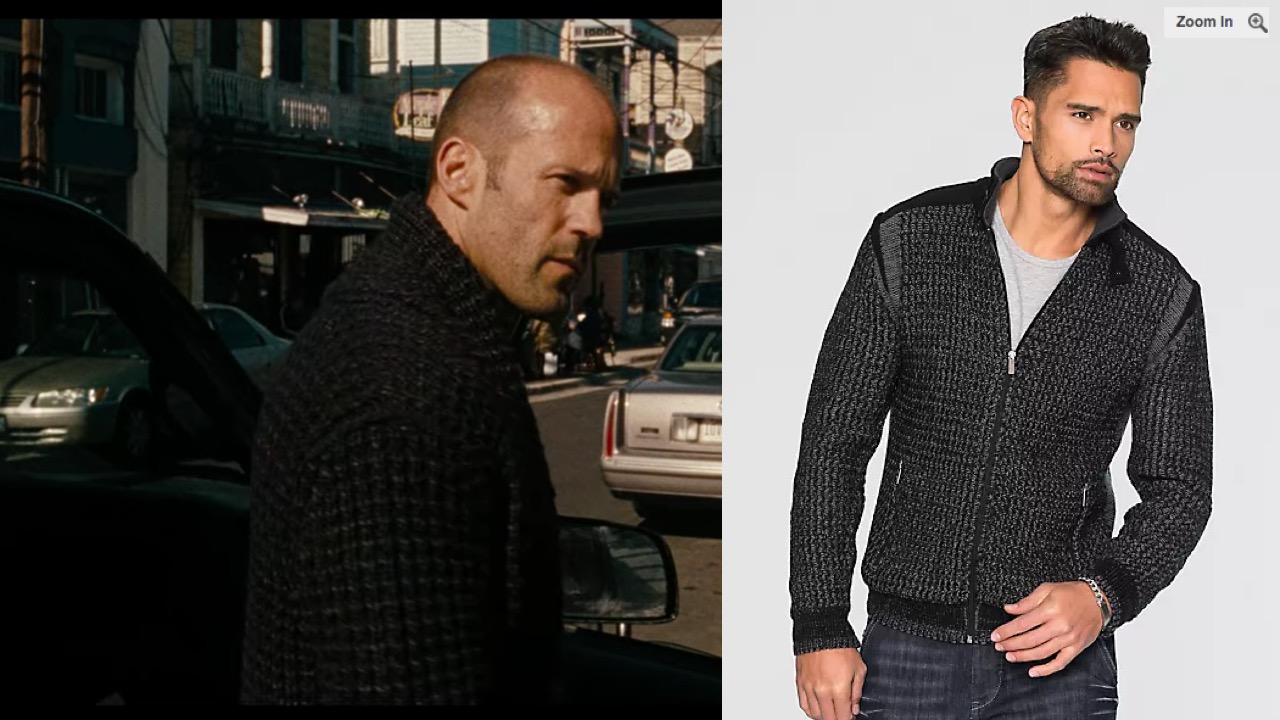 The Sunglasses Bishop wears throughout are an unusual pair of ic! berlin kjell sunglasses. You can find out more about those on Sunglasses-ID.

Various watches Bishop wears throughout have also been identified as the IWC Aquatimer Automatic 2000, and the Panerai watch Radiomir Chrono Wempe limited 125 pieces is the one we see him wear below. 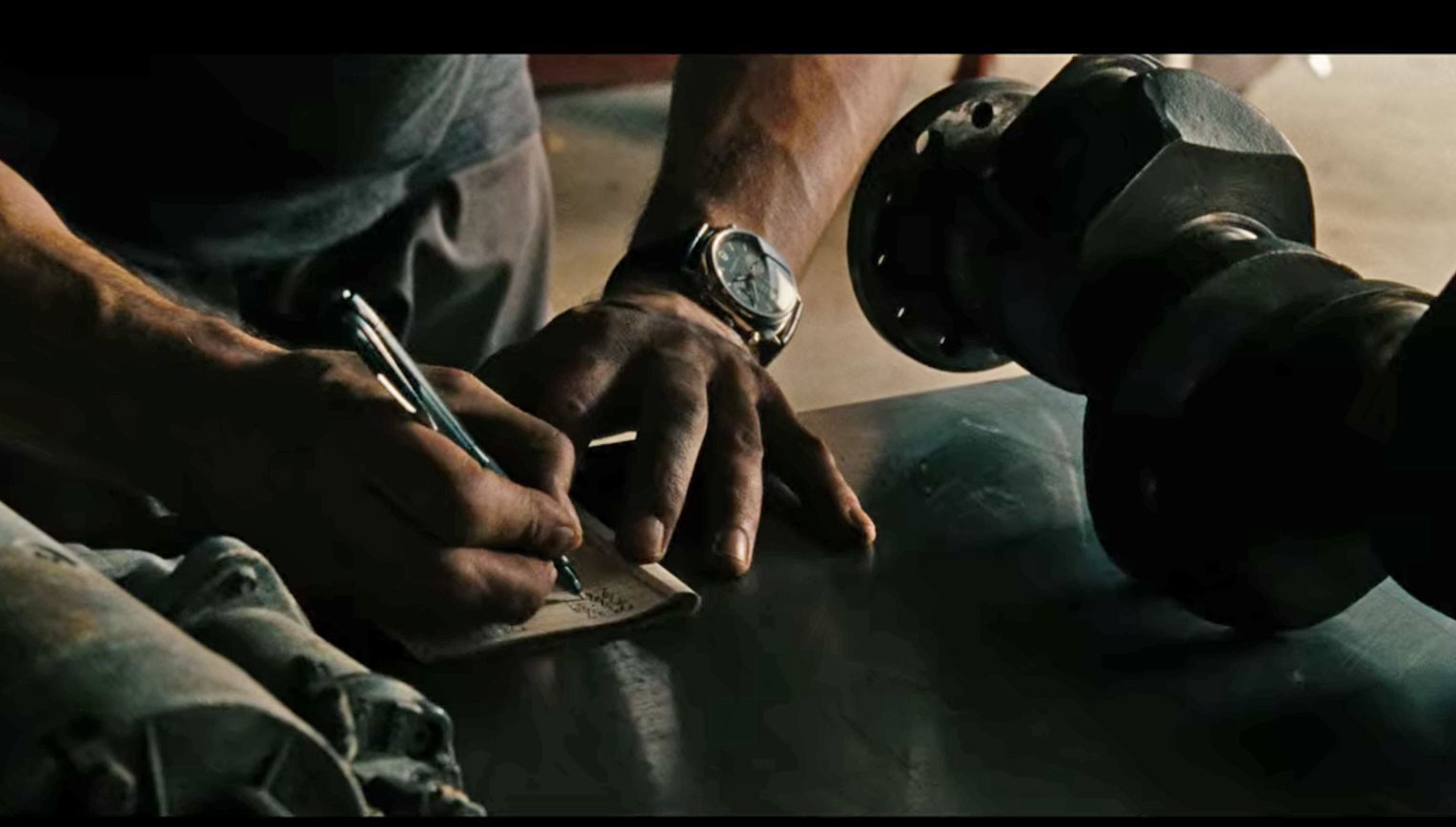 The more notable watch that Bishop uses to entrap the villain at the start of the film, and we see it pinned to his wall as part of his research is the Audemars Piguet Royal Oak Offshore.

The Mechanic is available to stream on Netflix currently here in the UK. Also available to buy on Blu Ray on Amazon.