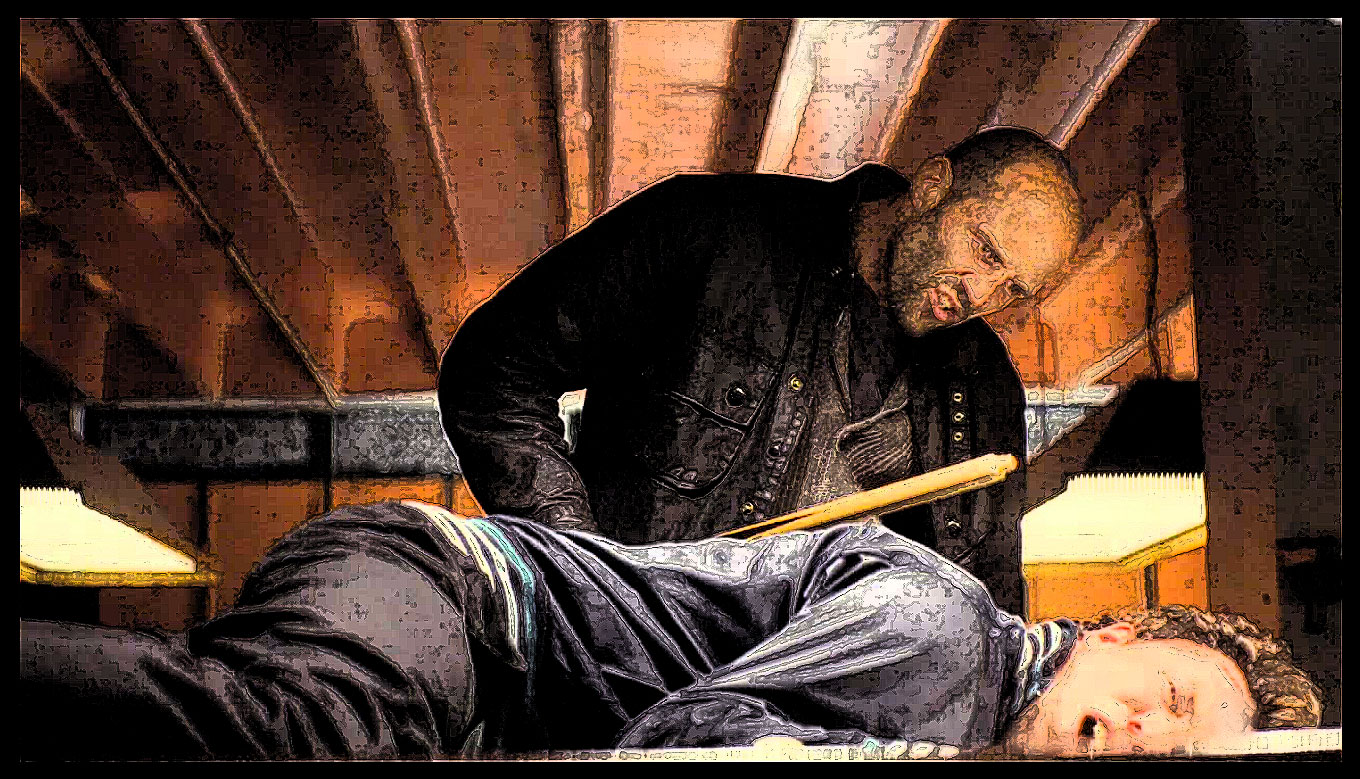 We think it’s a Fieldmaster Jacket

No one does rugged anti-hero in a Fieldmaster Jacket like Jason Statham does in Blitz. Jason Statham plays Detective Tom Brant in this British crime thriller with the costumes designed by Suzie Harman. Grant doesn’t care much for his clothes. He is a drunk, dispassionate detective who of course doesn’t play by the rules. He has one signature look throughout the film. This works in part because the film takes place within a couple of days. Grant even sleeps in his clothes and goes straight to work the morning after. He is also a lower level undercover detective that doesn’t feel the need to dress up.

He is not a suited a hero by any means and is not fastidious about his clothes or appearance. Unlike his role as Frank Martin in The Transporter Series. Indeed the clothes we see him wearing in the pre-title sequence, are the staples for his wardrobe throughout. 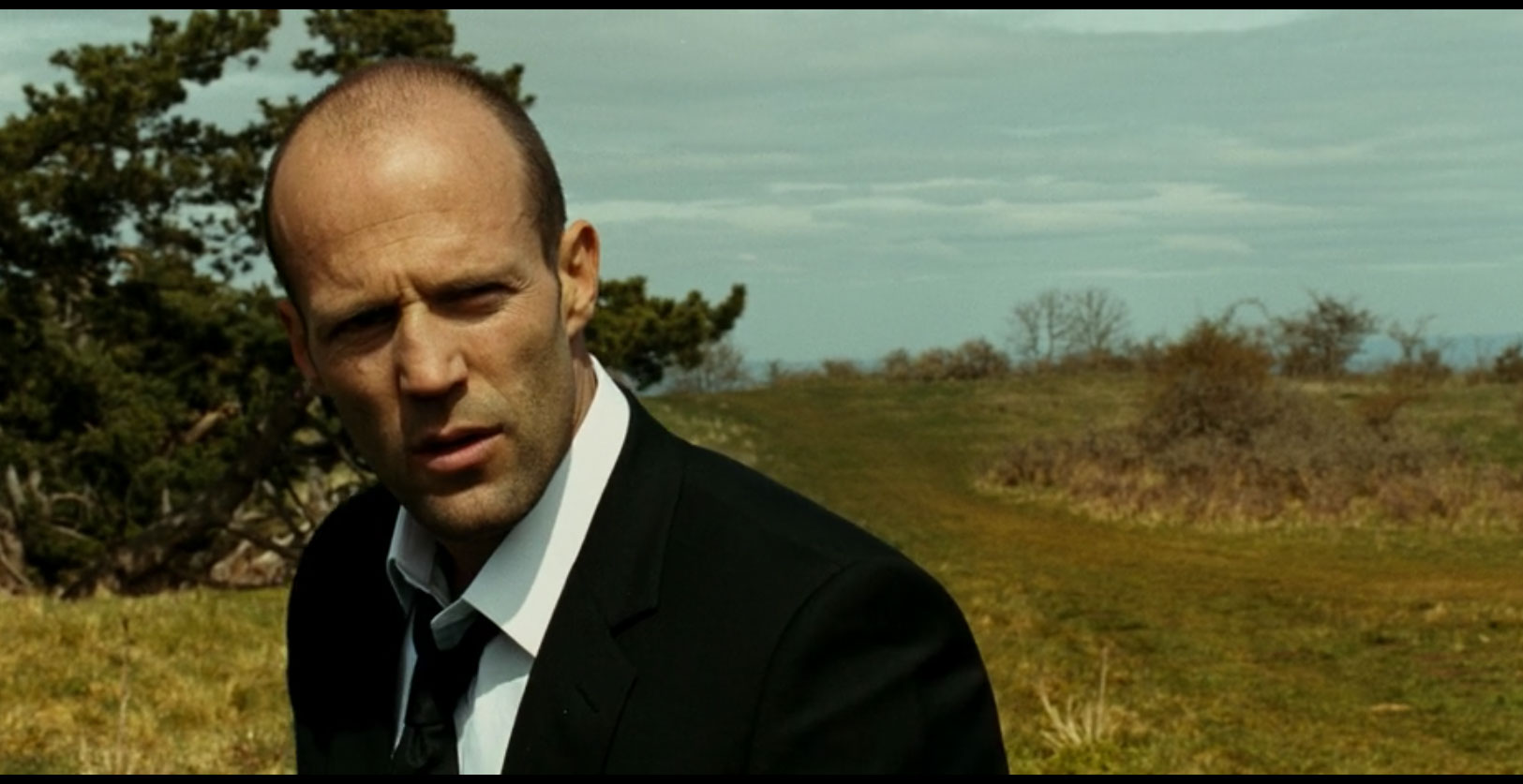 Jason Statham as Frank Martin in The Transporter 3

The Field Jacket has a black watch tartan lining with a corduroy lined collar. I believe the jacket to be a Belstaff Fieldmaster. Characterised by the angular left breast pocket. I emailed some screen-grabs to the customer service team at Belstaff and this is what they’ve come back with.

What a find you have made, this jacket certainly is very Belstaff, however, regrettably, I am unable to authenticate this jacket. The jacket looks like a waxed cotton Fieldmaster due to the lower pockets and the apparent inclusion of internal snaps along the zipline, though I am unable to verify this as fact. It is a shame that we cannot see Jason’s left sleeve as this is traditionally where a Belstaff patch would be. (If there is a patch it has been removed by the costume team). 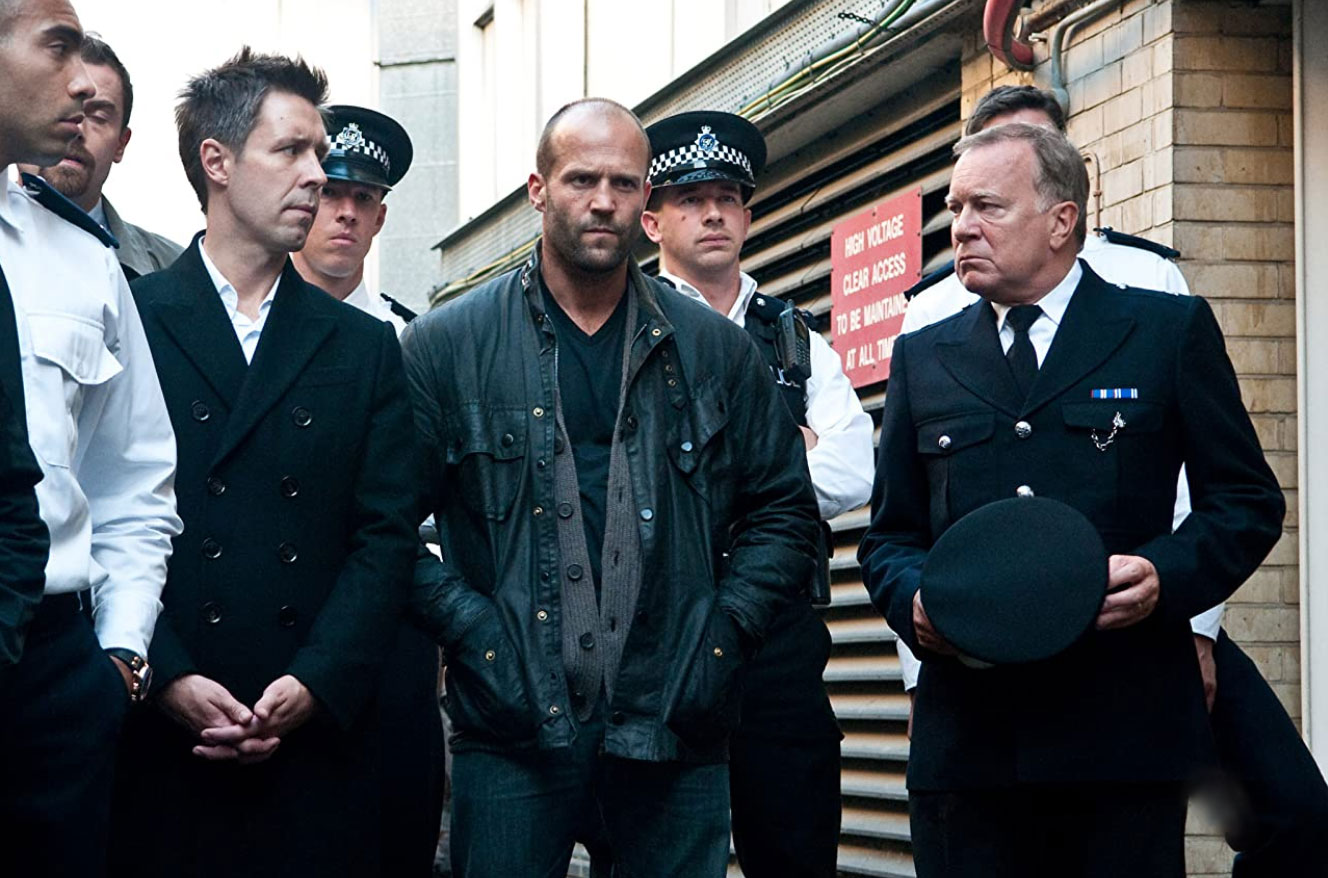 With regard to Belstaff garments appearing in movies and television shows, we are sometimes approached by the production teams as they wish to use our garments in their shows. Sometimes however we are not made aware of product placement and it can be the case that we ourselves are pleasantly surprised to see one of our jackets being worn in a movie or television series.

The Waxed Cotton Fieldmaster is available on the Belstaff site, Pilot, with frugal alternatives on Amazon. 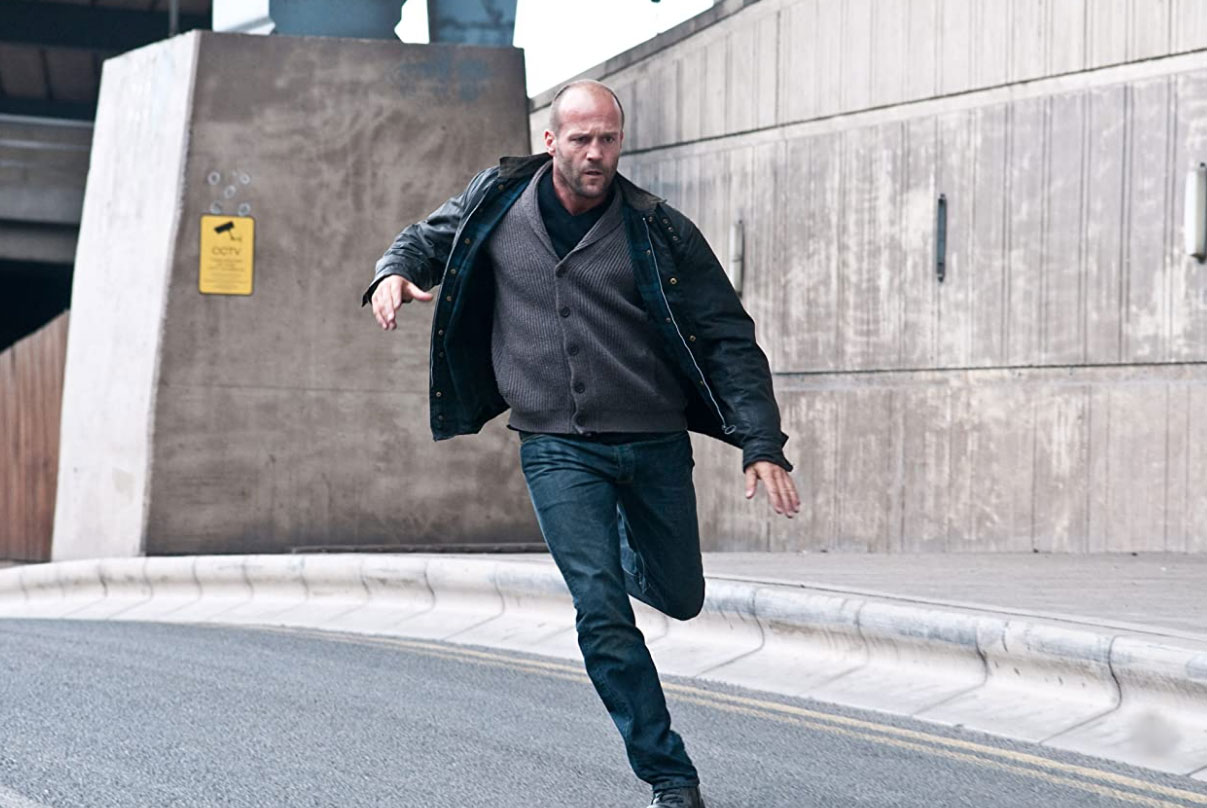 Beneath the jacket Grant also wears a knitted grey shawl collar cardigan. Not too dissimilar to the one he wore in Wrath of Man. Although this one looks a little more worn in, doesn’t look as chunky and without the waffle weave between the ribs. If you’re looking to get something similar on a budget you can find a grey shawl collared cardigan in a fabric blend on Amazon. 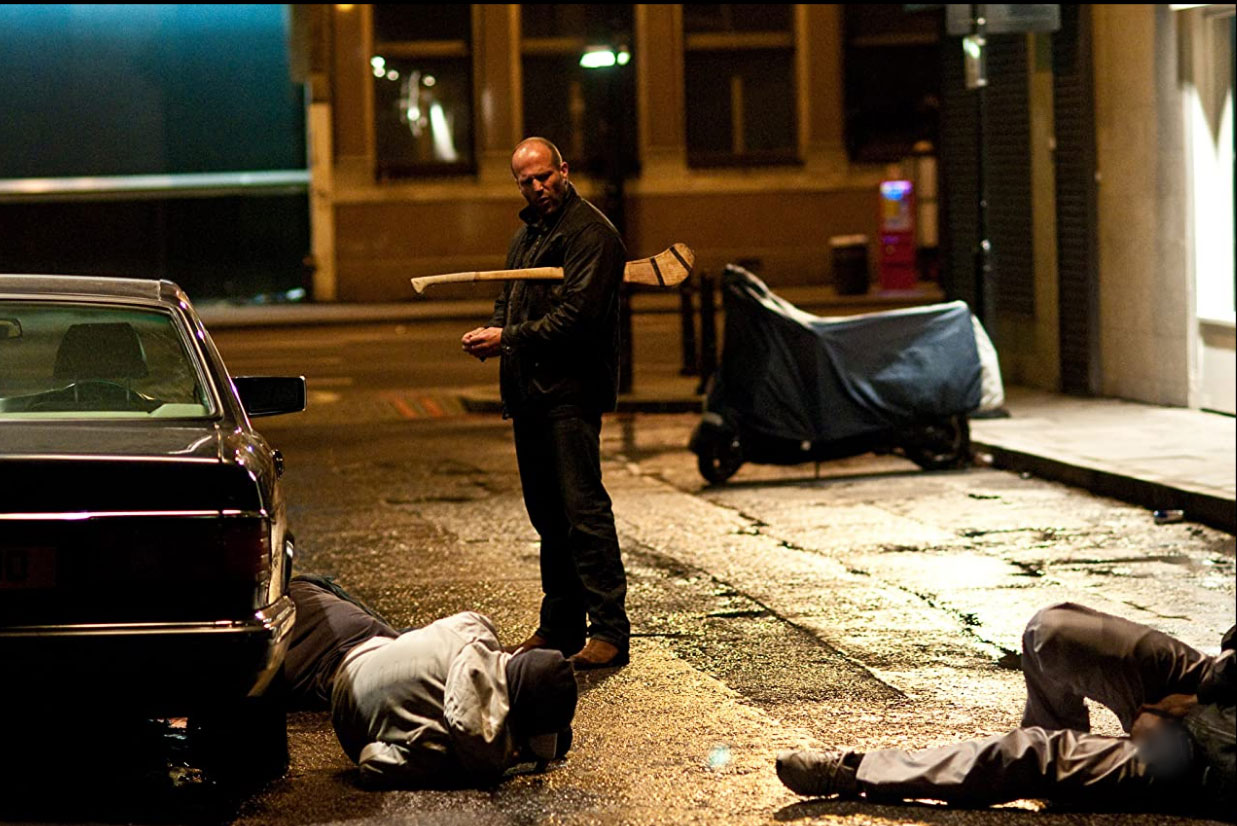 Throughout he wears some blue jeans with a generous cut and some sand chelsea boots in burnished leather. For the chase scenes he is wearing unbranded black trainers. The other costume house credited are Carlo Manzi, Angels and Foxtrot.

Blitz is available to buy on Blu Ray. A hooded crew jacket is currently available on Prop Store. Thank you as ever to Verity the customer support lady at Belstaff. Screen grabs pulled from IMDB.