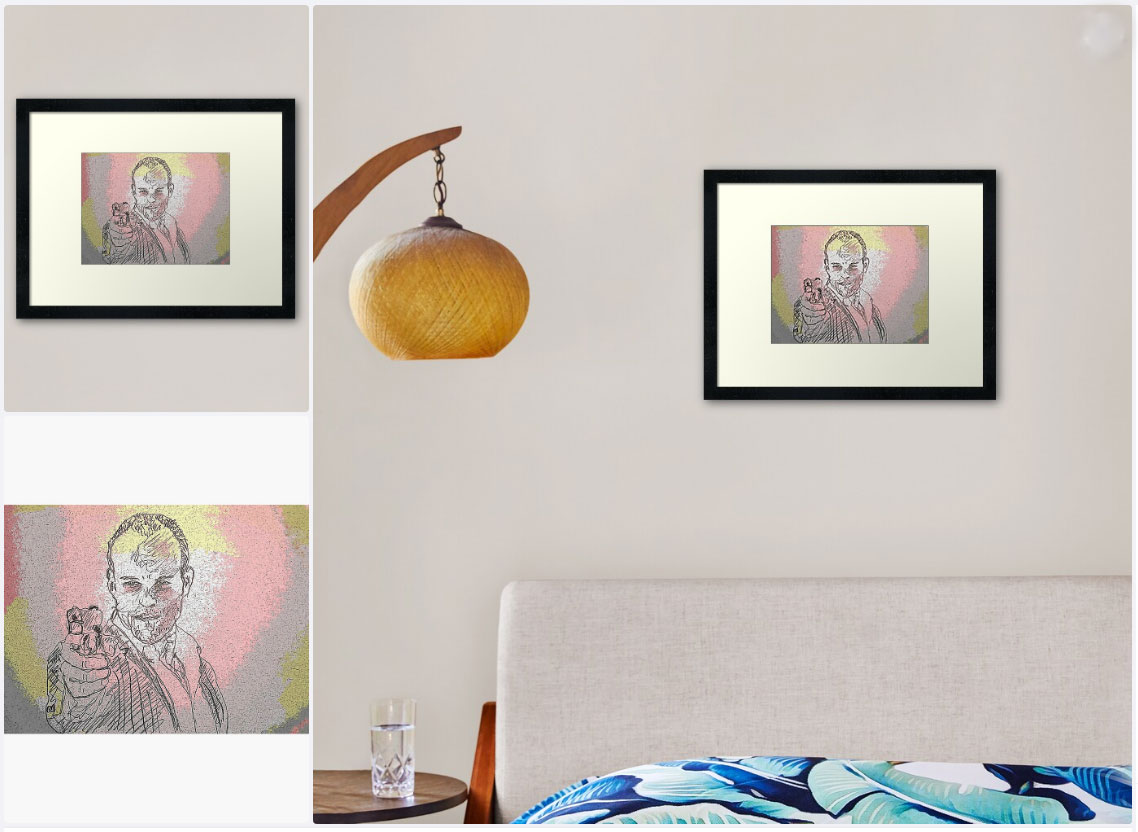 My Jason Statham Artwork on Redbubble

In Chaos, Jason Statham plays Detective Quentin Conners. A shamed cowboy cop, reinstated to a negotiate a bank heist where the robbers getaway after an explosion. During the debrief of what went wrong, and whilst the Bank Manager is informing the FBI of why they don’t keep records of the contents of safe deposit boxes, Connors gets to utter the best line in all of movie history, ‘look this is all fascinating sh*t, but where’s the money?’ I speak about that on the podcast. Listen on Spotify. 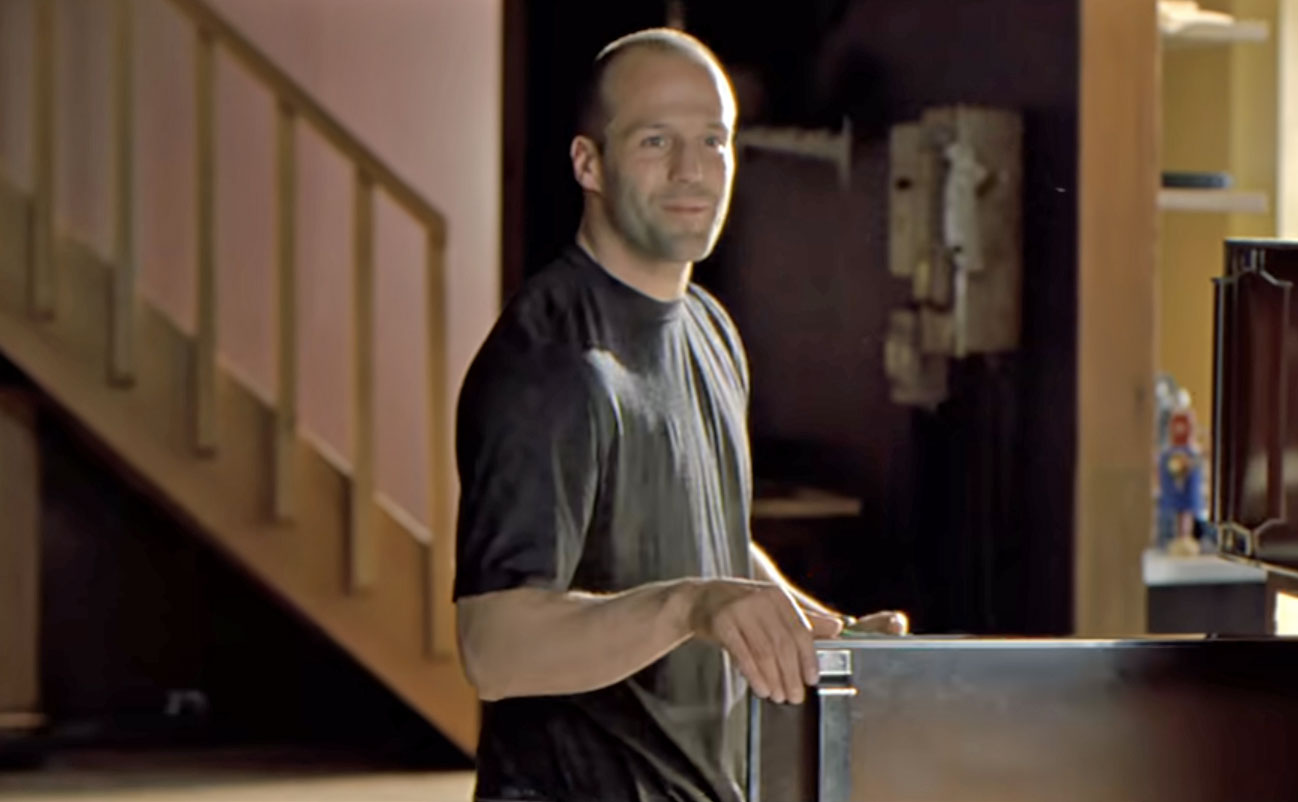 Off duty. Jason Statham as Quentin Connors in Chaos (2005)

We first see Connors relaxed at home in loose chinos and a black cotton crew neck tee. Once re-instated he is seen in one outfit throughout. This is largely down to the express whizz-bang expedience of the plot that doesn’t take place for longer than a couple of days, and the drastically reduced timeline that production had to manage for filming. (According to WIKI, 40 days to 22 days).

The Costume Designer for Chaos Bobbie Read sheathed Statham in a birdseye grey and white 3-button suit with notched lapels. Beneath he wears a black ribbed collar shirt under a waffle-weave V-neck sweater. I’ve fielded this look out to a few folk in the community to get their opinion. I wanted to ascertain whether the collar was actually fused into the sweater, or whether they were indeed two separate items. 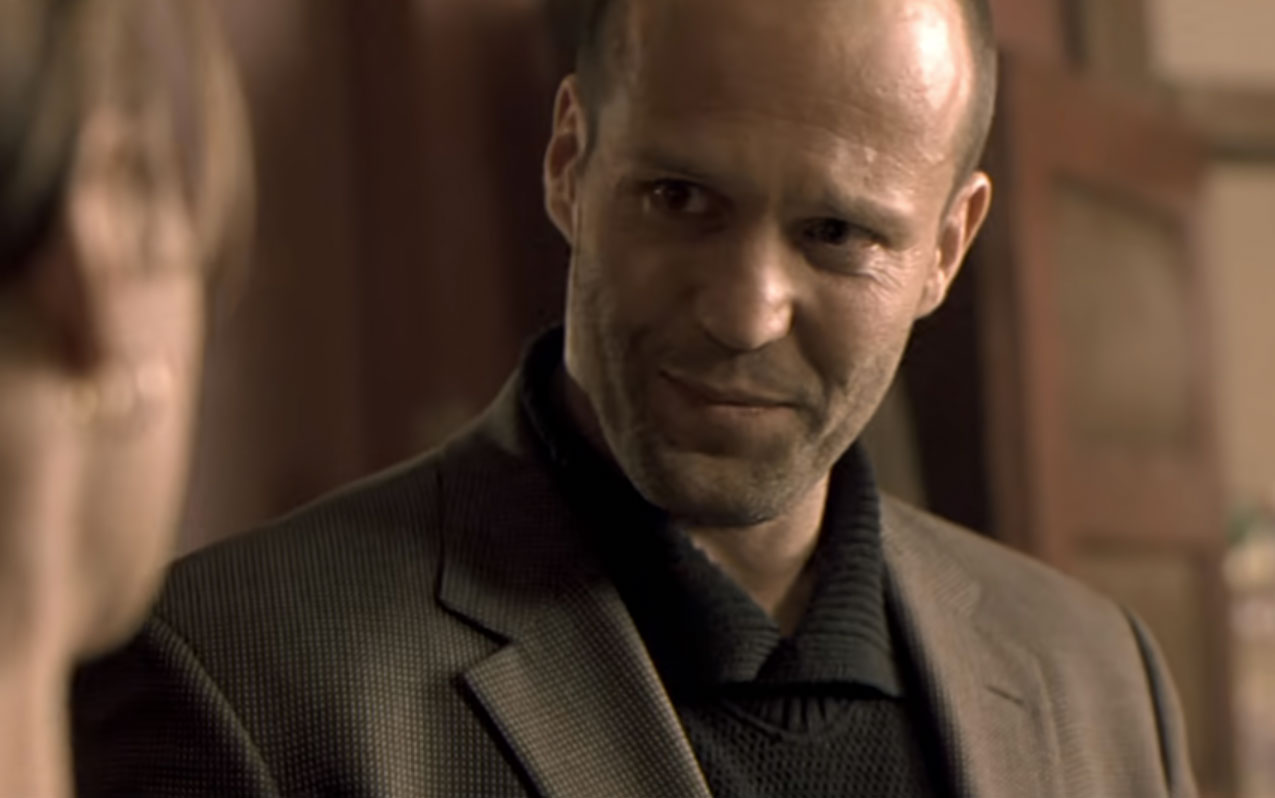 Here is the consensus,

“It is an interesting jumper. Reminds me of an upturn shawl collar cardigan. Indeed the rest of the sweater has the same zig zag design as the Tom Ford McQueen cardigan from Quantum of Solace.” Z, Tie Another Day.

My man in a field Daniel Gaster had other insights. 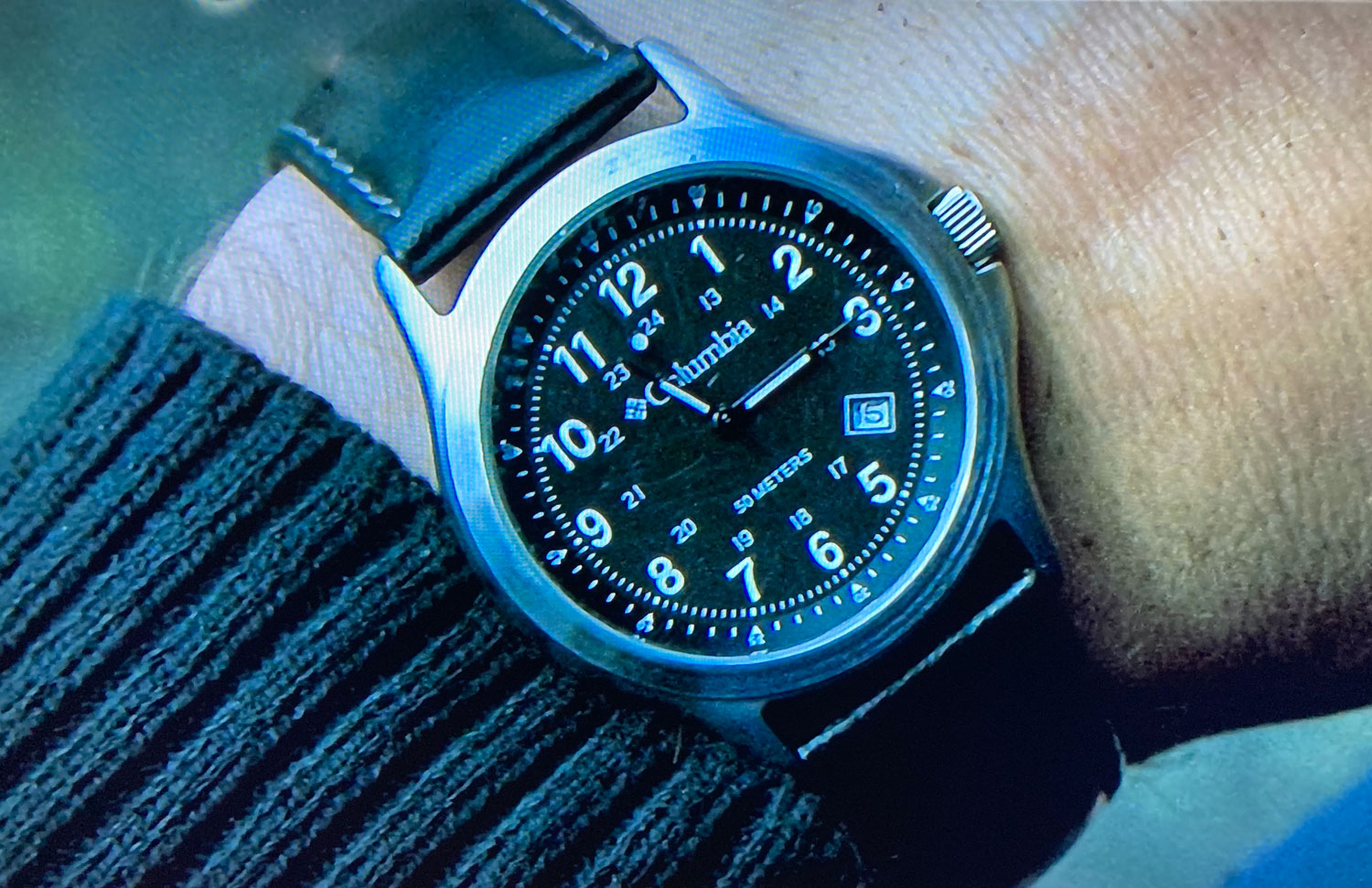 Does Statham wear a woman’s watch in Chaos?

There is a gratuitous watch shot that happens during the bank heist. From my initial research it looks to be a Womans 50 Meter Day & Time Columbia Watch. I’ve pulled a comparison from a current seller on eBay. The case looks bigger on screen than the 25mm described in the listing.

Perhaps there was a men’s version of this in a bigger size, they are not available anymore.

If you’re looking for something similar but a bit more premium, the Hamilton Men’s Analogue Quartz Watch with Leather Strap is a very good alternative. Very similar in design with the hour markers throughout and the casing. Only the date just is at the 3 and not the 4. 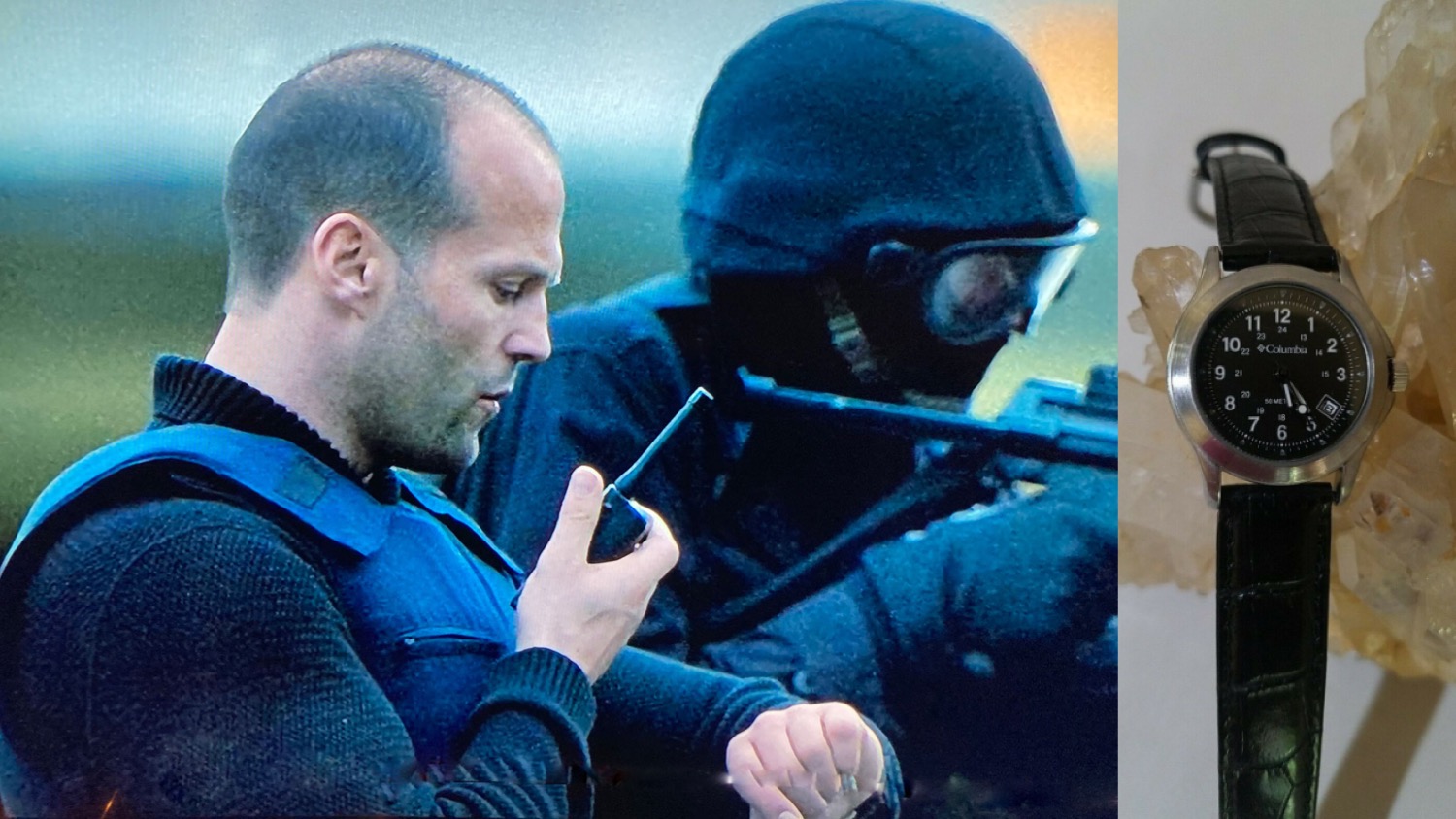 Jason Statham disappears for a large part of the 3rd act but makes a comeback in the last scene at the airport. He is very wearing something inconspicuous, in a jokey Marty McFly ‘something inconspicuous!!!!’ kind of way. Notably, he wears some rimless rectangular shades with orange tint by Fossil. I’ve had a look but they’re not around anymore. I believe them to be the Fossil Ledge MS3243 650 SUNGLASSES 54-22-130 as seen on an eBay listing here. 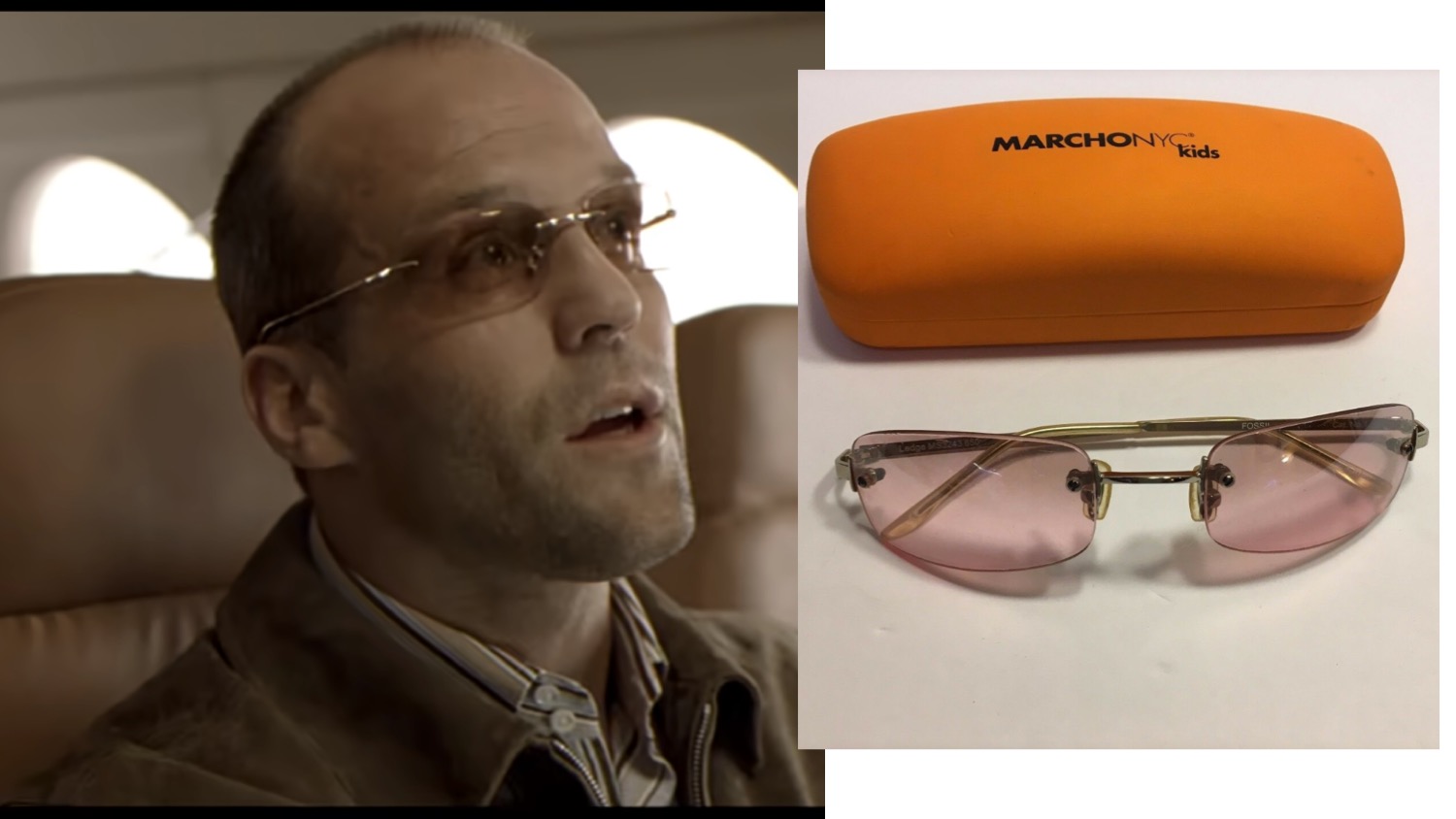 As part of his disguise he is also wearing a straw wide brim panama fedora with a coffee coloured hatband. You could consider something like the Montecristi Superfino Panama from the Panama Hat Company, based in the UK. (See below). 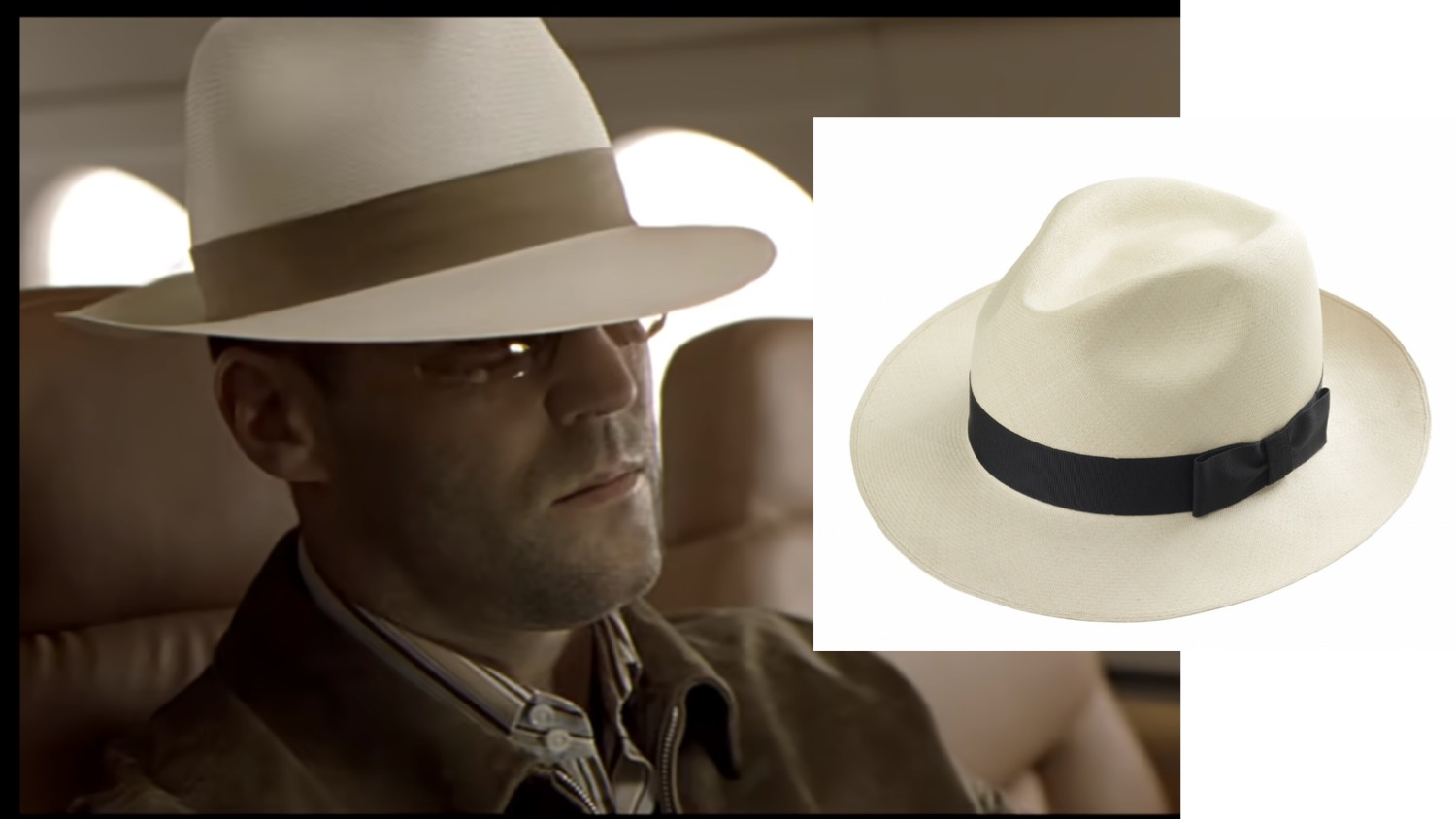 Other options include the Alfred Panama Fedora from Laird Hatters. (Maybe ask if they can do one with a brown hatband). Or a Mens Rollable Panama from Lock & Co.

After doing some research on Panama hats, I read in Josh Sims Icon’s of Men’s Style,

Lock [& co.] has sold the hats since 1676 and are still made in Ecuador […] Lock was one of the first hatters to help popularize the Panama in Europe; the classic style is most favoured. With a wide brim and black band, it’s made in cottage industries in the European provinces of Manabi and Guayas, and focused on the coastal town of Montecristi. 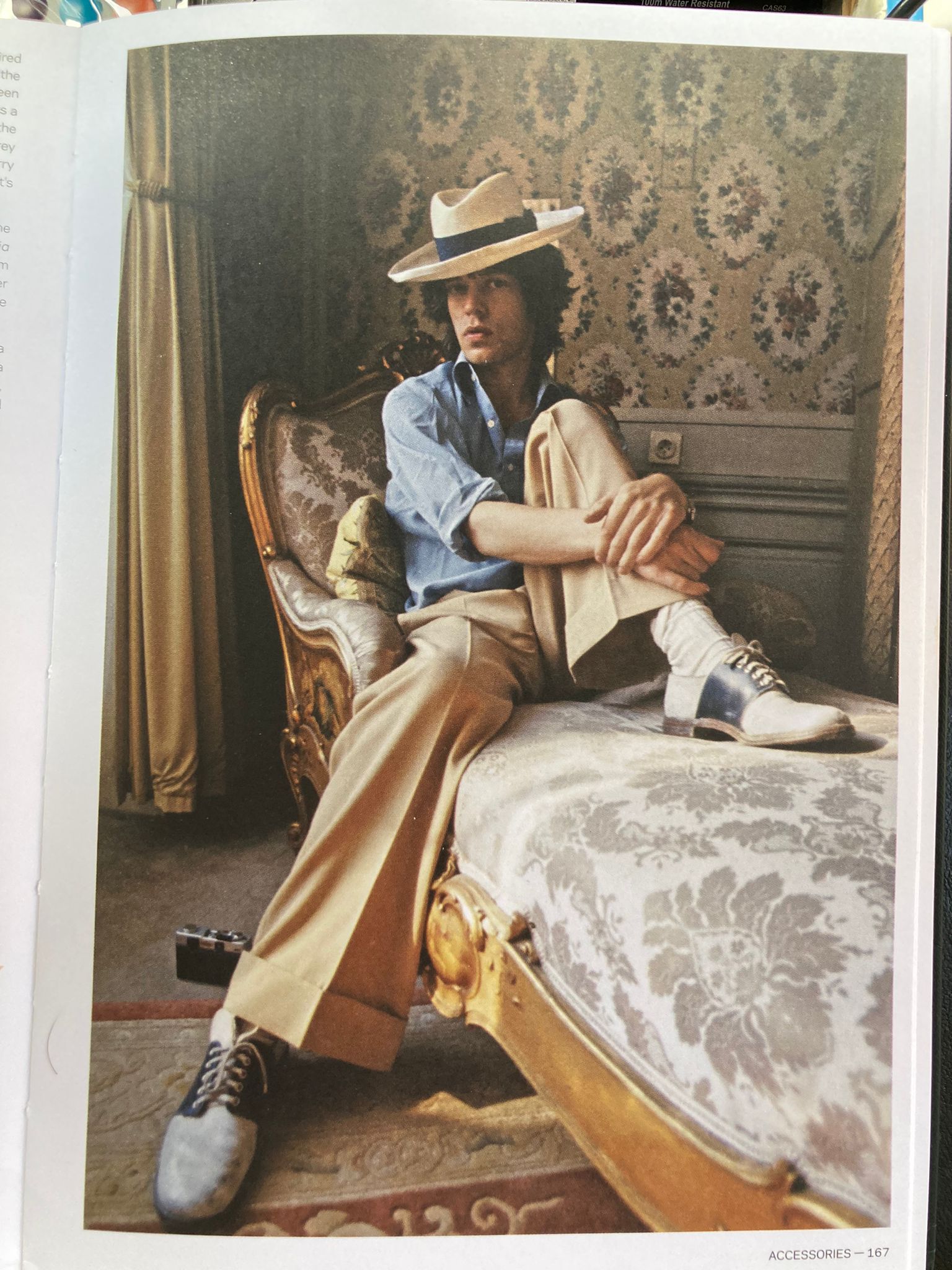 If you are on a budget I would look closely at the Borges & Scott The Hudson Fedora Panama Hat (below) and then look to change the colour of the band if so required. Available on Amazon. 80 GBP. 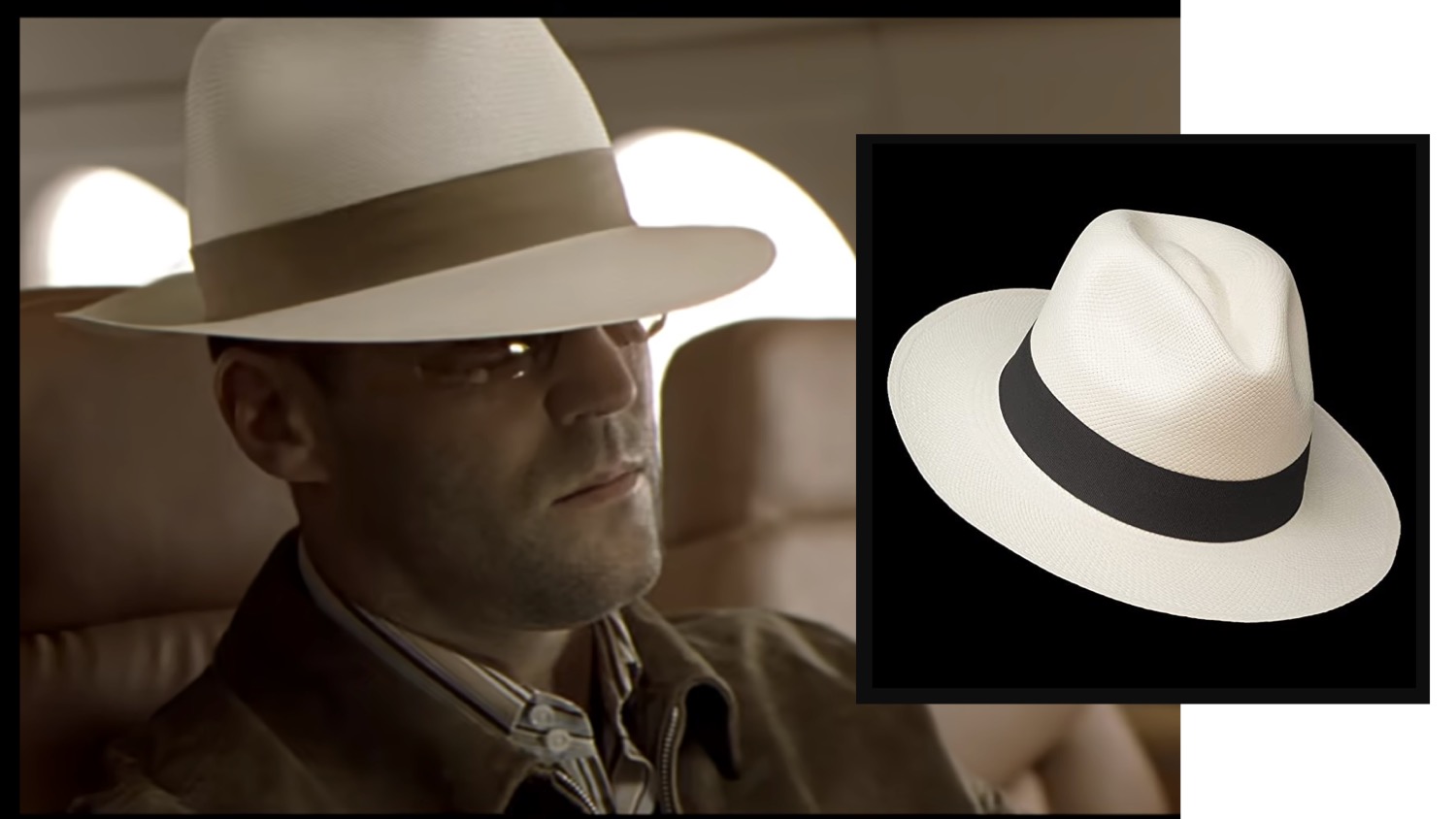 Chaos is available to buy on BluRay on Amazon. You can also support the blog and treat yourself to some Jason Statham artwork done by yours truly on our Redbubble page. (Seen at the top of the article).