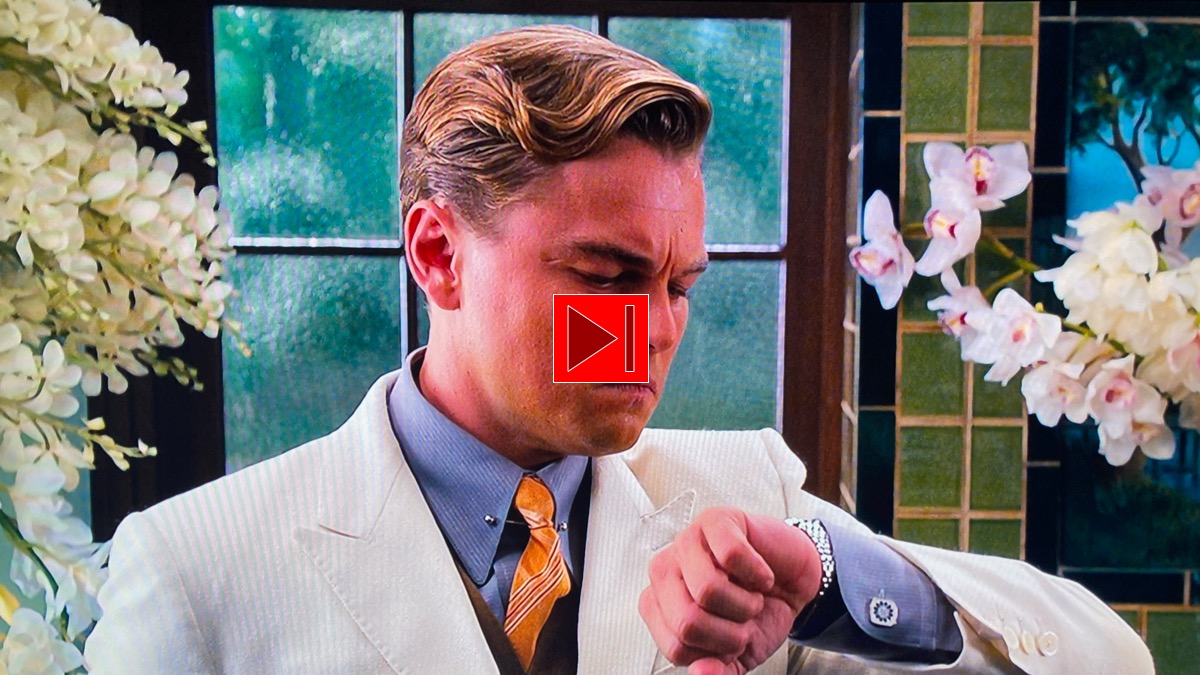 I felt like Clouseau being attacked my Cato in my own living room. Baz Lurhmann is so busy trying to get you to look at the story, rather than tell the story. But that’s not to say it doesn’t have it’s moments of redemption. The by now famous raised glass meme of Gatsby to Gershwin’s Rhapsody in Blue is pure cinema. Cinema at it’s finest. And there are arguably hundreds more meme-quality shots. However, a hundred solid memes does not a decent movie make.

On this episode of the From Tailors With Love podcast I speak with menswear writer Jovan Gauthier-Vincent and Daniel Stroupe from Turnbull and Asser about The Great Gatsby (2013).

Master Tailor Martin Greenfield in his early eighties coordinated all the production for DiCaprio’s and Maguire’s suits. In total the company [ Brooks Brothers ] supplied 500 ensembles for the cast and extras made up of 1700 including shoes ties and shirts. (Quote pulled from Fashion in Film by Christopher Laverty). 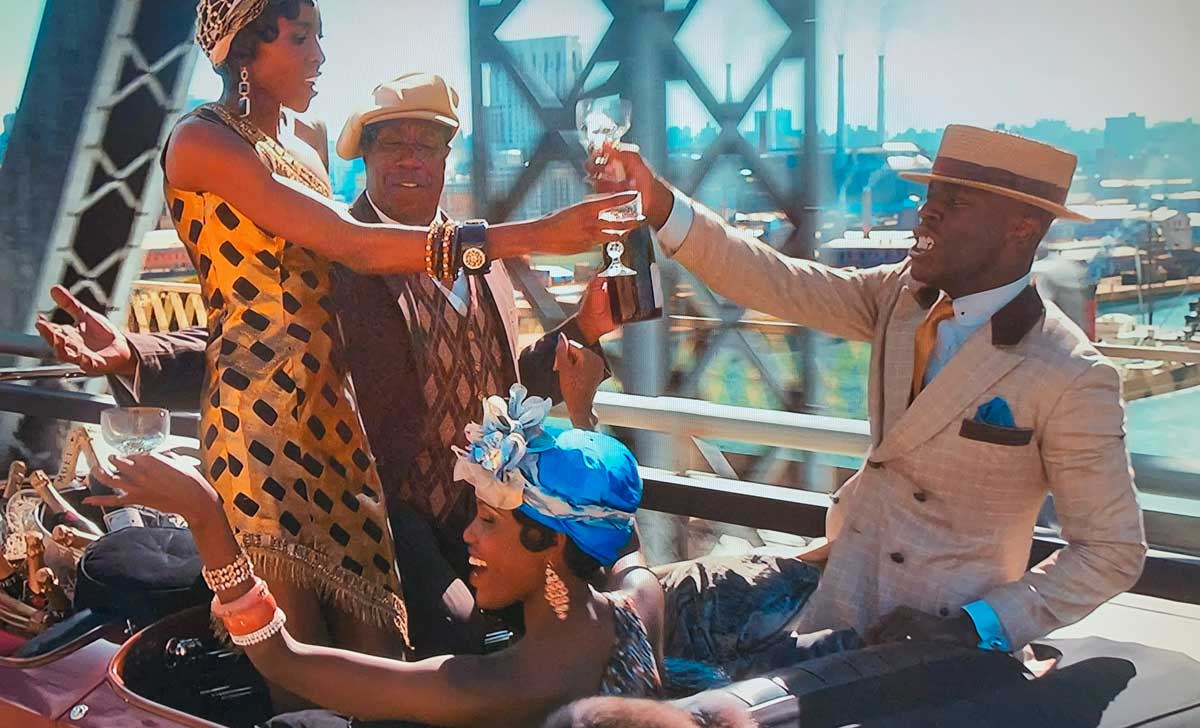 Leonardo DiCaprio from his ‘GMA’ Interview 2013

I think people that people identify with Jay Gatsby is that he is the iconic american dreamer. He’s holding on to a relic of the past in Daisy Buchanan but she’s a mirage and she no longer exists. That’s what I became interested in portraying was his obsession. (Catch that full interview here). 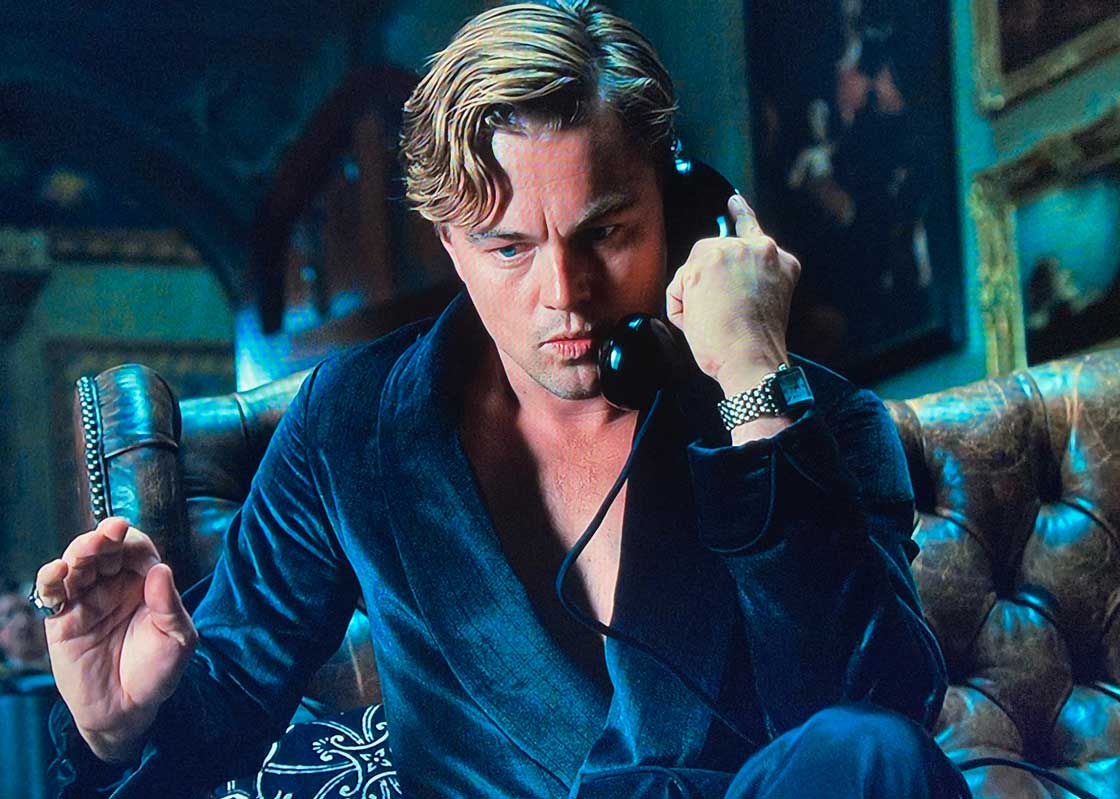 Transcribed from the podcast – Daniel Stroupe

In terms of clothes they are in the detail […] more period correct. In the menswear, in the womenswear I don’t think so. AND mainly the suiting. The lapels are thinner in comparison to the 1974 Redford version, the size of the lapels are much thinner and appropriate to the era. The general costuming was fine except the suits were far too tight in the fit and also in my opinion a little cheap in construction. 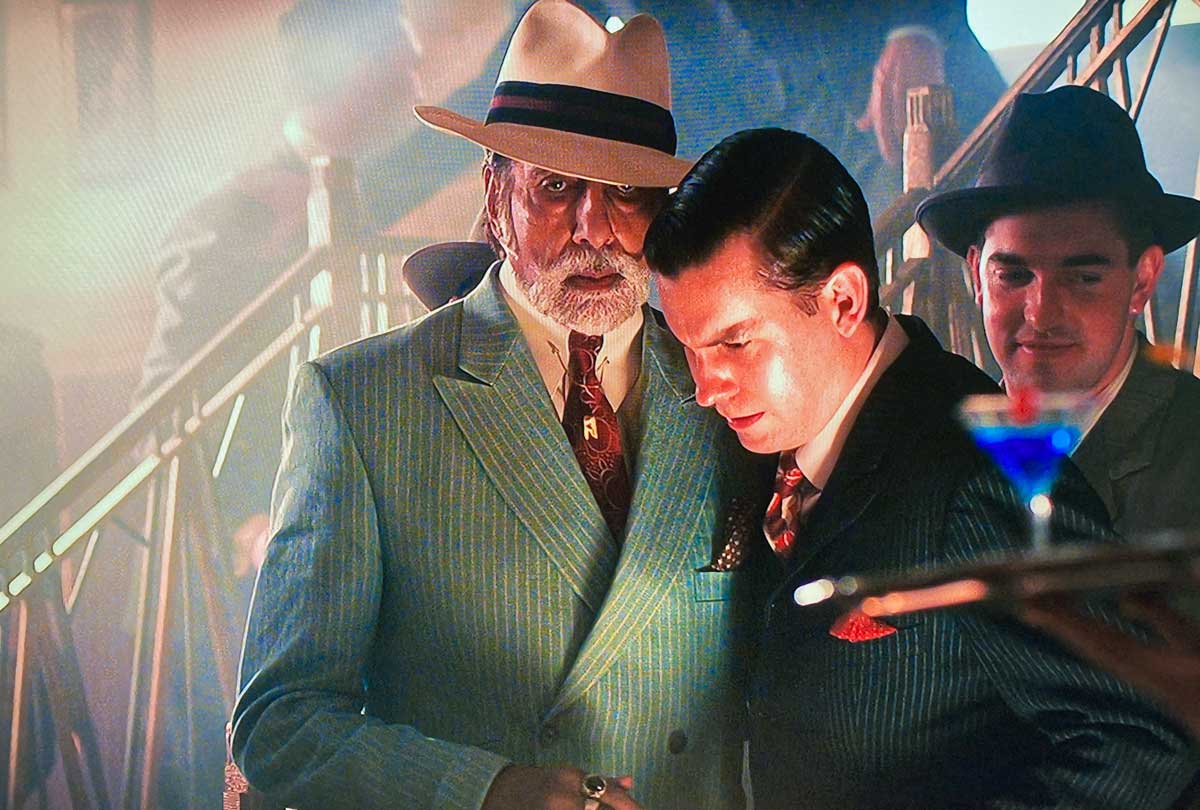 Transcribed from the podcast – Jovan Gauthier-Vincent 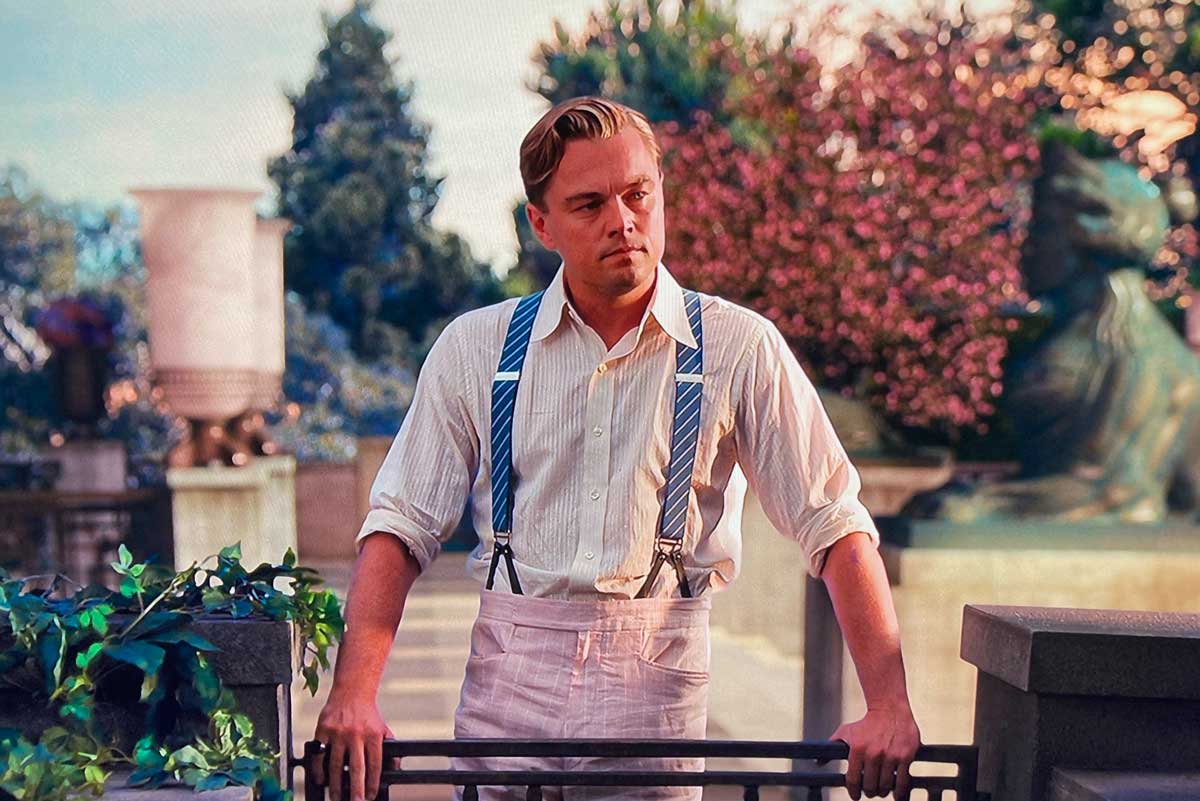 I really enjoyed the DiCaprio version, but in many ways Redford really captured the Gatsby of the novel in his version. The Brooks Brothers clothes in the newer film though not period accurate were extremely dapper and really suited DiCaprio. Good job old sport, keep it up Pete. 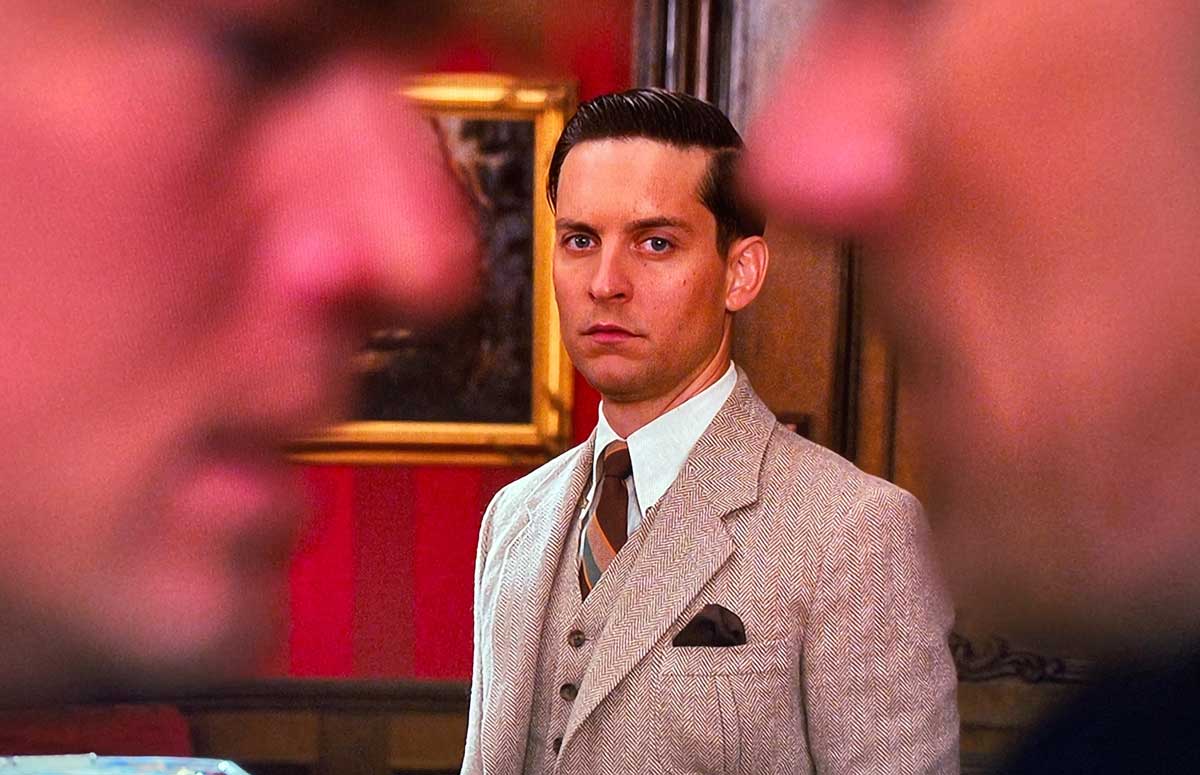 The full episode is available to listen in the player below or on iTunes, Stitcher or Spotify. Don’t forget to leave a review on your smart phone there.

A pencil sketch of Jay Gatsby is now available through our Red Bubble store. I have sold a total of zero sketches to date, so pride yourself on being the first. Thanks for supporting the show old sport. 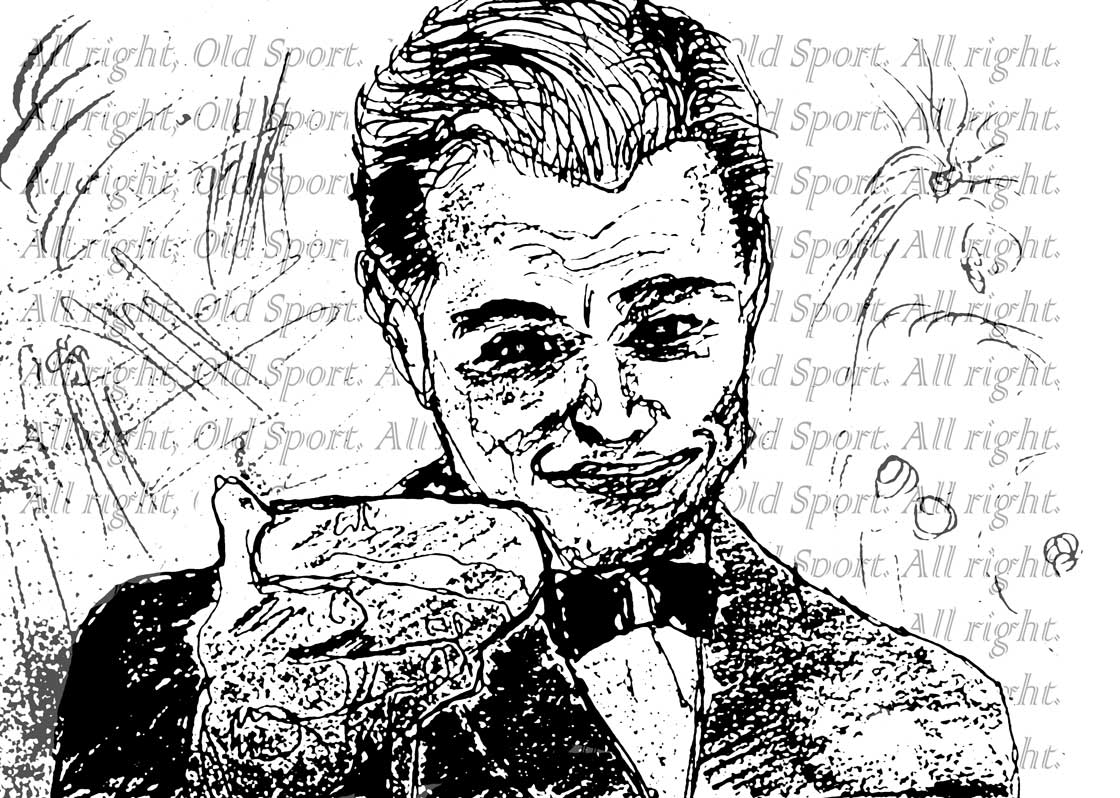 The Great Gatsby (1974) The Story Behind those Beautiful Shirts

The 2013 version of The Great Gatsby, based on the book of the same name by F. Scott Fitzgerald is available to buy on Blu Ray. Next on my reading list will be 1920s Fashions from B.Altman and Company.