The Arnold Schwarzenegger Museum – What to Expect and Review

The Arnold Schwarzenegger Museum is tucked away in a little town called Thal, just outside of Graz. It was a short stop off on route to Maria Worth Am See, where we would be detoxing for a week in the Viva Mahr clinic. The buzz and excitement of seeing this museum had me in giddish-fits as we parked up outside. 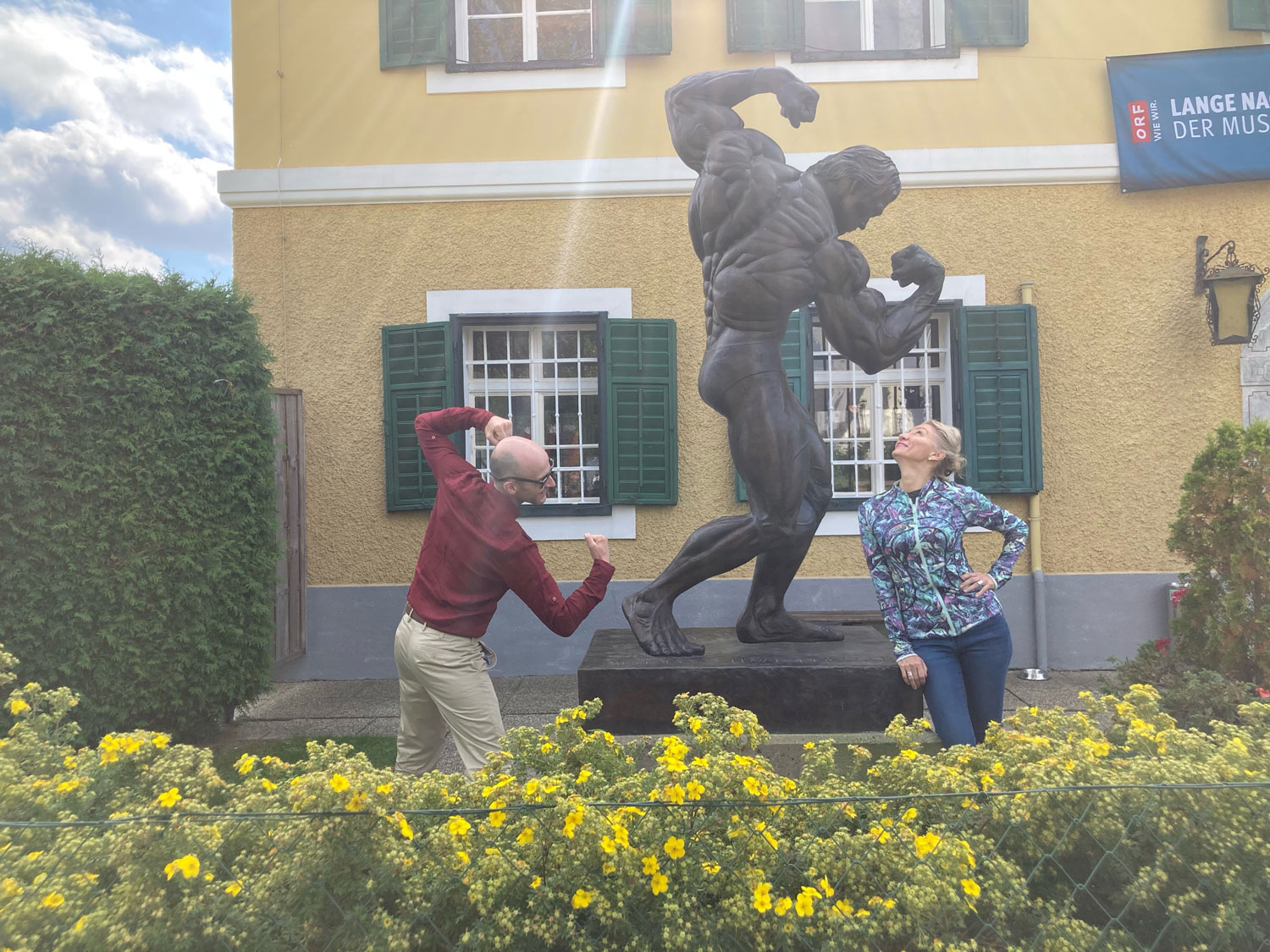 The girl on reception mentioned that Arnold was just here last week filming a documentary about his life for Netflix. She wasn’t here however. And that’s as far as the conversation went. I circled round the reception lobby, that was also the gift store. The merchandising is sadly, a little anaemic. Plenty of posters of Arnold Schwarzenegger’s biography Total Recall: My Unbelievably True Life Story. But no actual copies for sale. (Still you can buy on Amazon.) 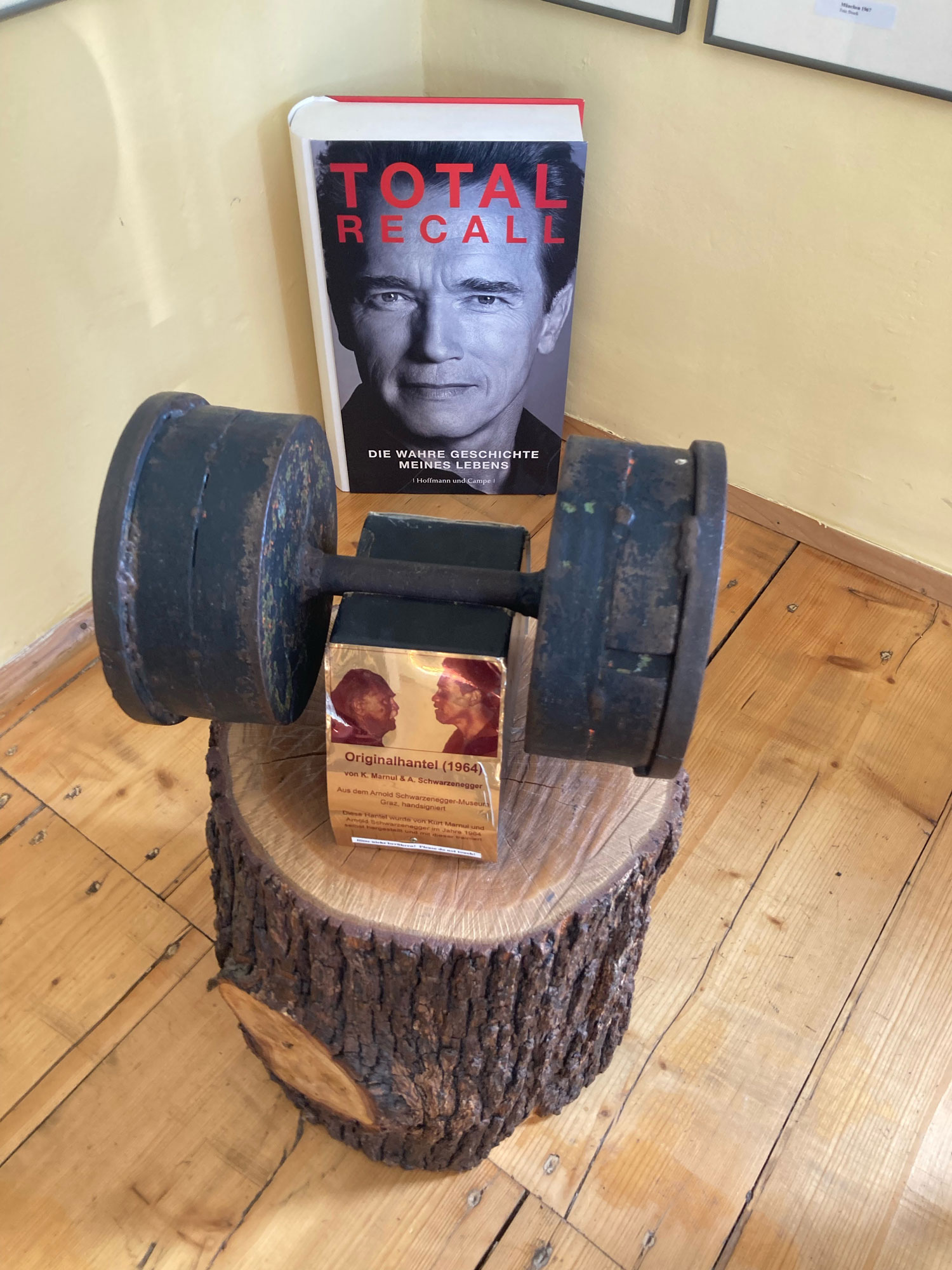 If you’re going to look for costumes then you’ll be mildly disappointed. Some random jackets from his time in government have been souped up to make pretend their significance. One from Last Stand and a couple of military clothing peppered around some footlockers.  The Bates Leather Highwayman jacket from Terminator 2 is there, cloaked on the severed Stan Winston T-800. 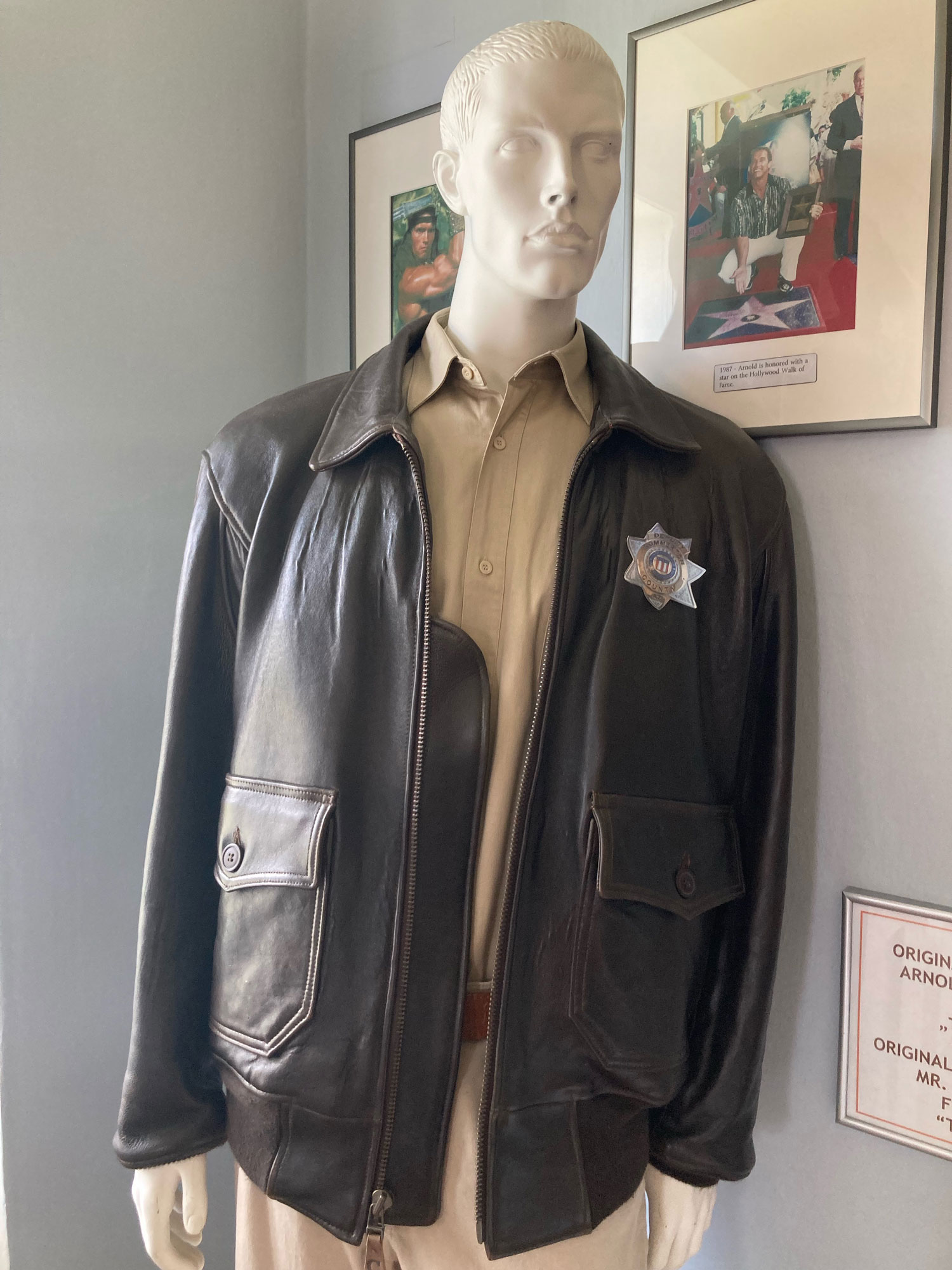 There are some old weights, and a bench, and some artwork. Unsure the significance of the weights whether they were his or just period accurate. There is a motorbike, presumably a Fat Boy Harley, screen accurate. The original sold at auction for 500k.

I enjoyed the early photographs of Arnie and the overall through-line of his naissance to becoming a bodybuilder, actor, politician and life coach. A short video of him doing a listical of rules to live by is on a loop. Some zingers like, ‘you’ll never climb the ladder with your hands in your pockets,’ and ‘If you get 8 hours sleep every day, then sleep faster and get up earlier’.

The artwork is great but feels a little uncoordinated to the rest of the museum. 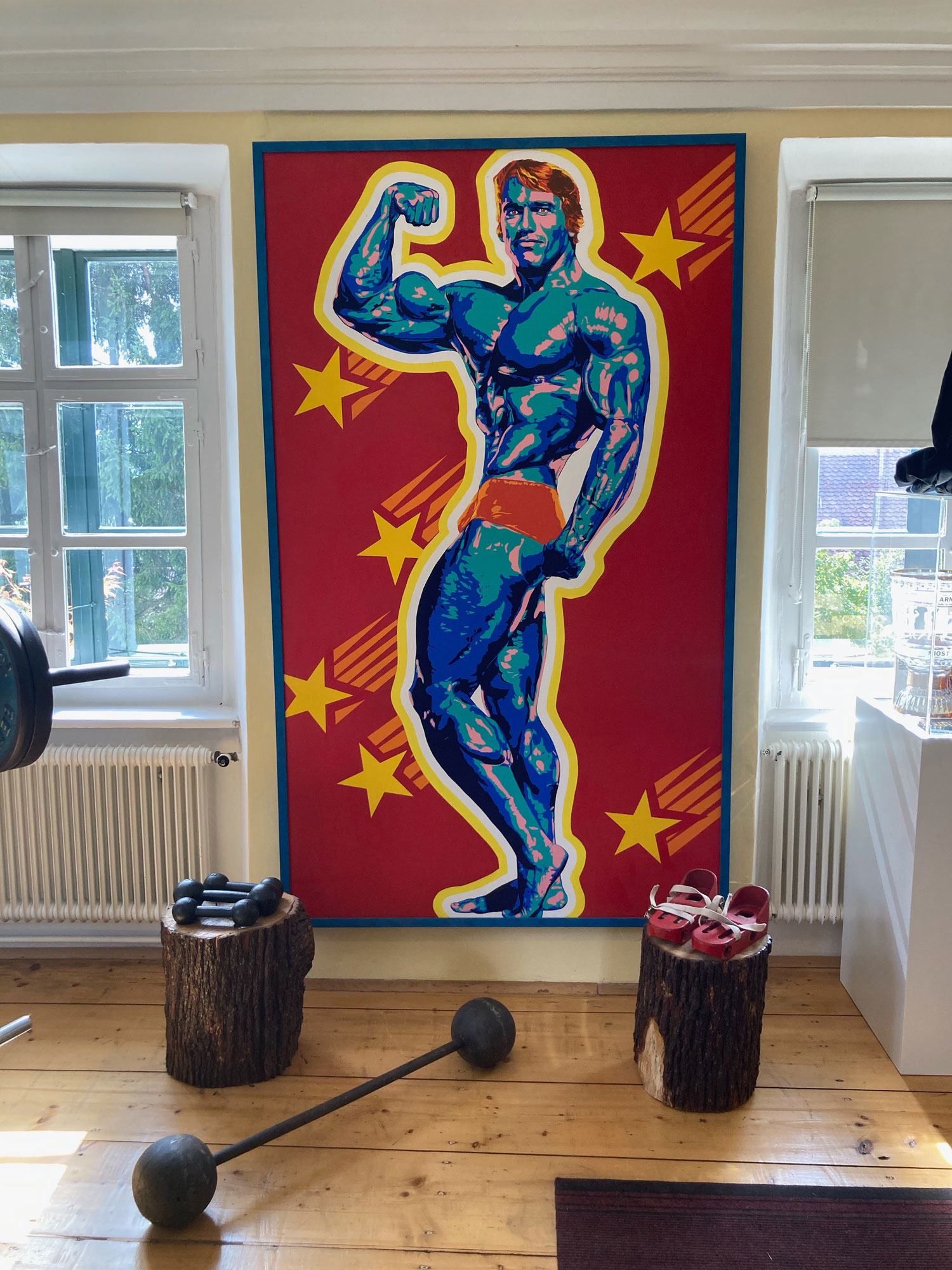 Only if it’s on route. Arguably the beautiful surrounding vistas of rolling Austrian countryside, creeks, rivers, rolling fields and mountains has more to offer. But then that’s nature, I’m sure Arnie would agree. There is at least some attempt to honour Arnie here. And they were open Sundays with free parking. Small wins. For more info check out the Arnold Schwarzenegger Museum website.