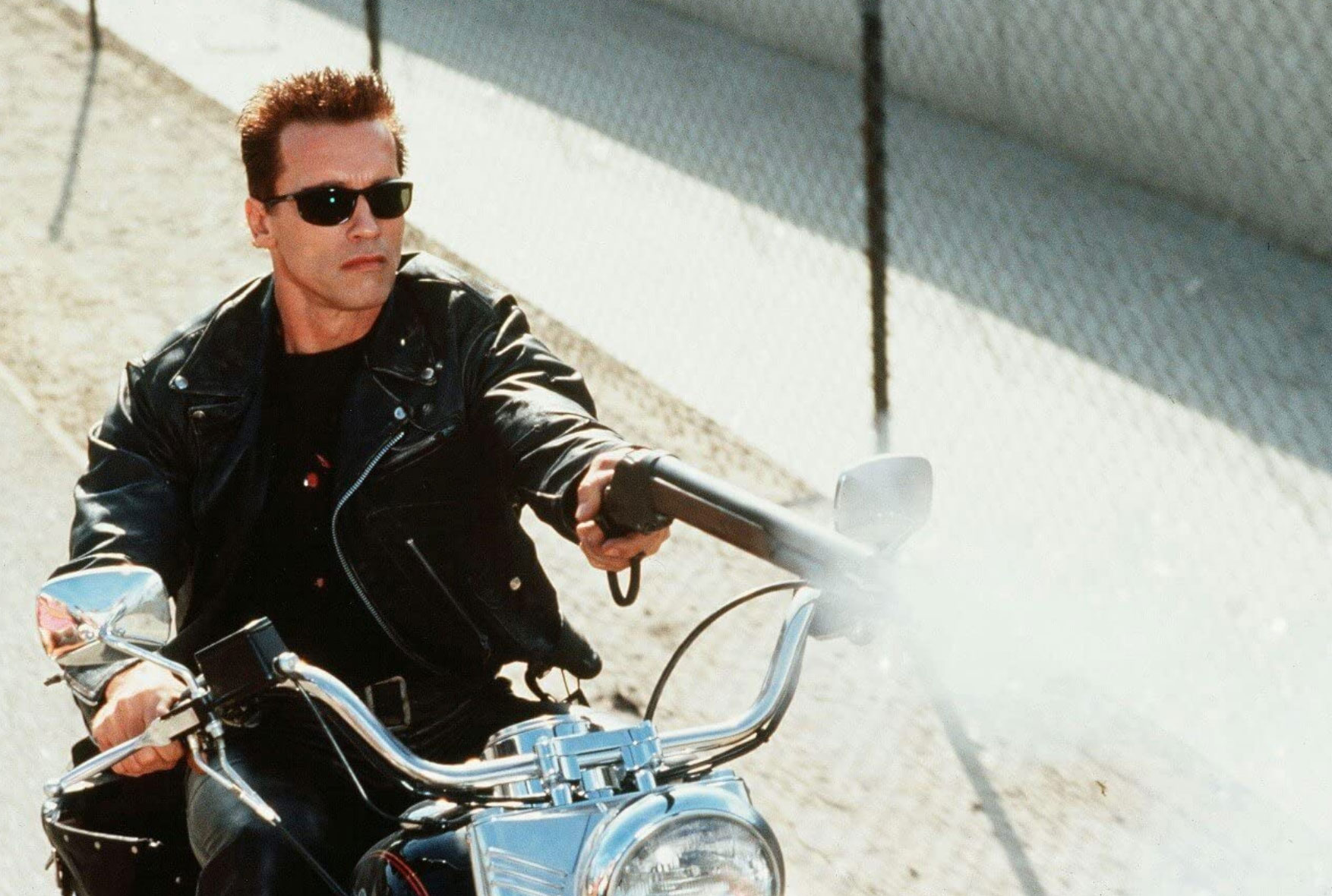 In this episode I speak to Dana Grindle, one of the family member owners of Bates Leathers. Bates Leathers supplied all the leather jackets for Arnold Schwarzenneger in The Terminator, Terminator 2 Judgment Day and Terminator 3 Rise of the Machines. As well as many other movies such X-Men 2.

Here are some short excerpts transcribed from the interview with Dana focusing on those jackets she made for Arnold. You can also catch the interview on our YouTube channel. 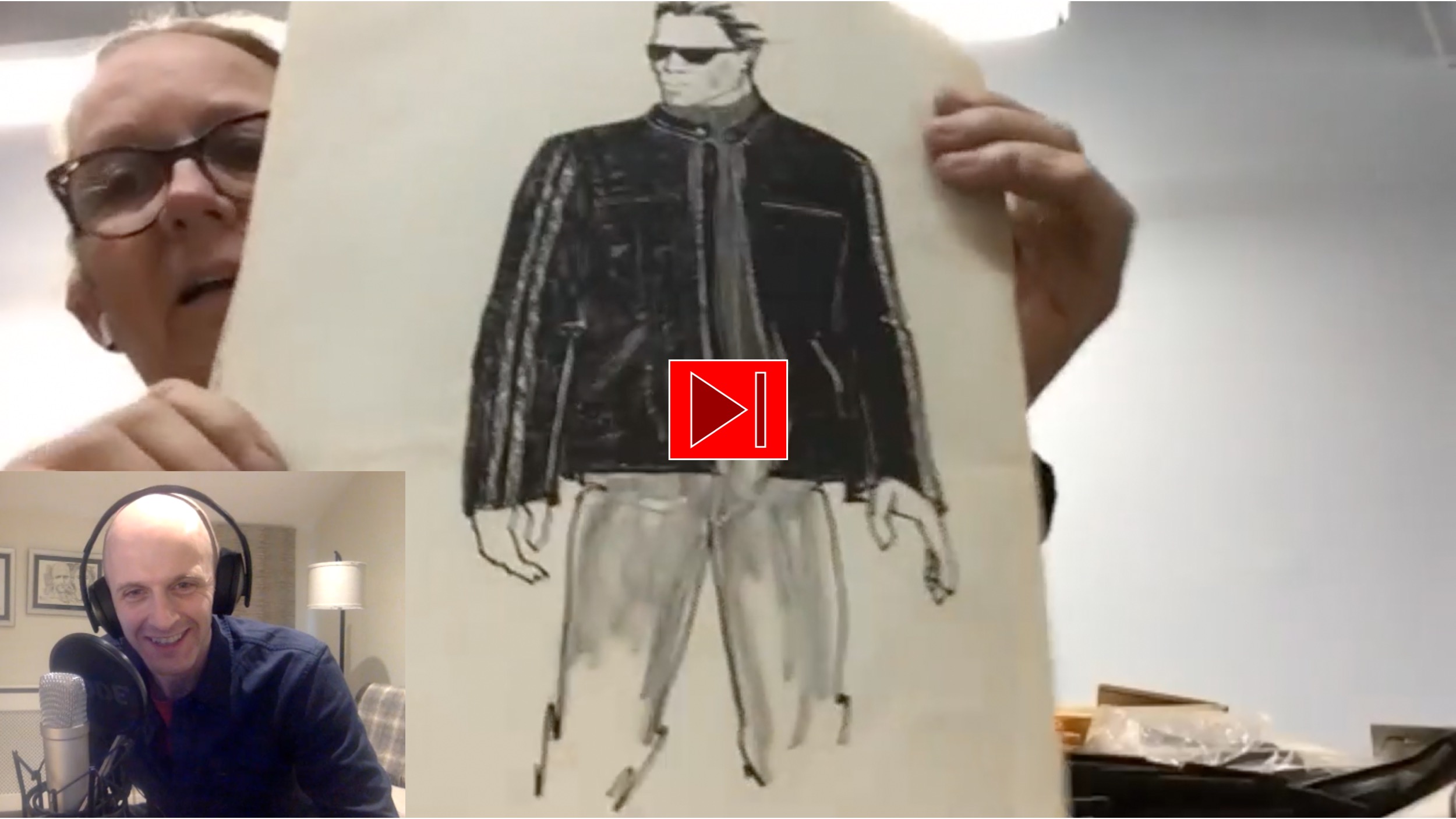 How did Bates Leathers get involved with The Terminator franchise?

DG: For T1, Arnold comes to this country, he knows of us already before he comes here. And he tells them to come to us to do this film (The Terminator), and that’s when he was first starting out.

Can you tell me more about the T1 Jacket?

DG: The T1 jacket is just a standard jacket of ours with a hard kidney belt in the back. Your standard police jacket is what it was. Very simple, we did a rigid back in it. That’s my favourite. I like the T1 jacket because it’s just black shiny and cool.

DG: For T2 there were 50 sets, so you have sets for stunt, you have sets for Arnold, Arnold only needed two or three different sets. his PA told me they got out to the desert out in Barstow and Bakersfield and they were dragging that thing in the dirt, they were throwing it in the cement mixer sanding it with the DA and they had to do it for 50 of these. But Arnold’s they do special sets with these, everything for Arnold’s were perfect.

They have to be custom made or we’re not going to do it.

T2 I make a lot of those jackets, they’re in excess of 2800 dollars and every pattern from his jacket is made from his pattern. I don’t make standard sizes in that product at all. 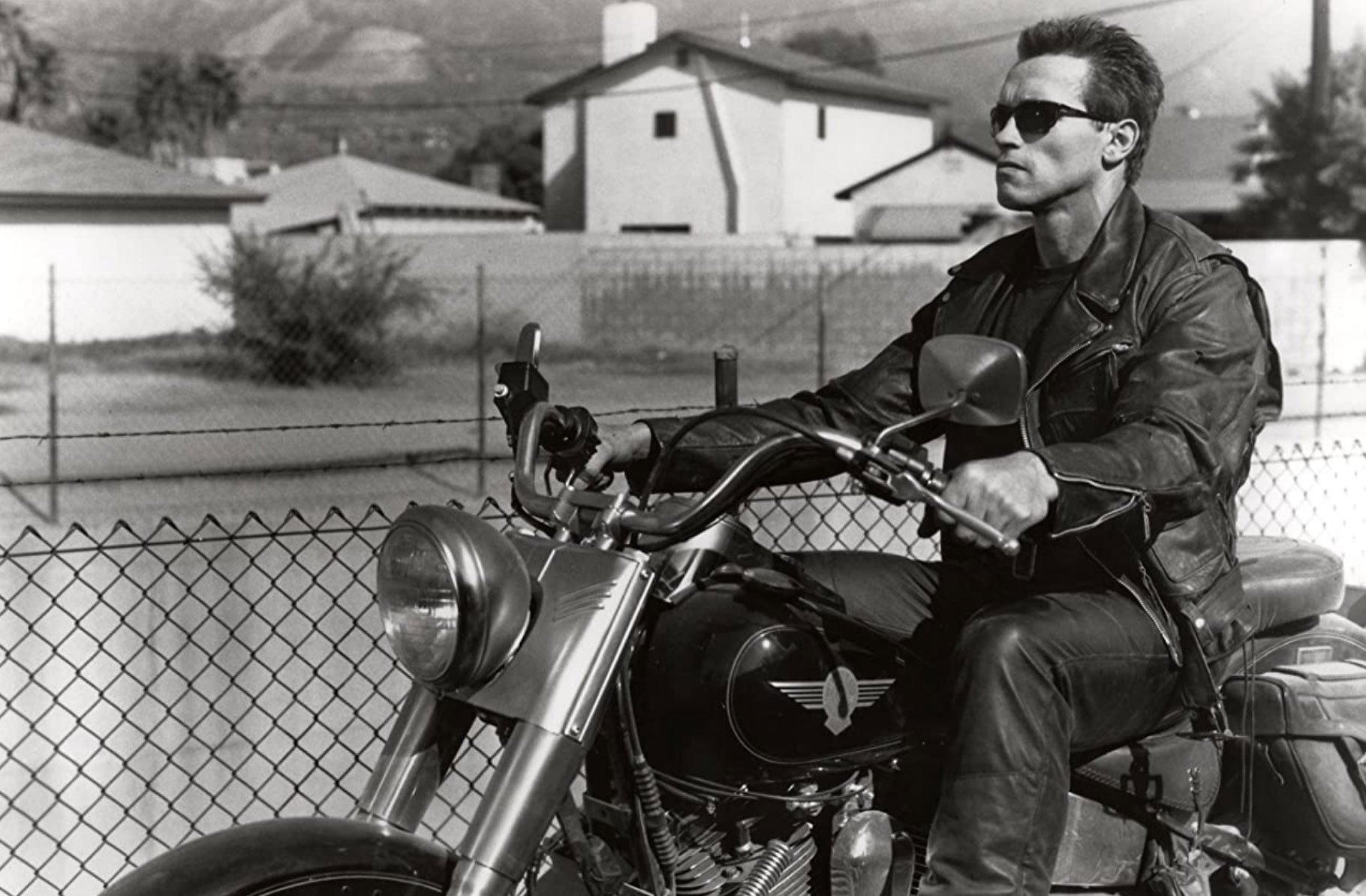 I did the design work on 3. He actually wore the one I designed in the movie because I made it for him. He wore the one we made. We couldn’t do mass production of them at that time, we had to run off and do Daytona. That’s really what happened there.

Does Arnold have a say in the designs?

He has got a lot to say about what he wears.

Bottom line – they have a certain look that they want him to look like and then he picks the toughest looking jacket. I know he picks. I know he has got a lot to say about it. He’ll pick what’s comfortable and what’s right the whole shebang. 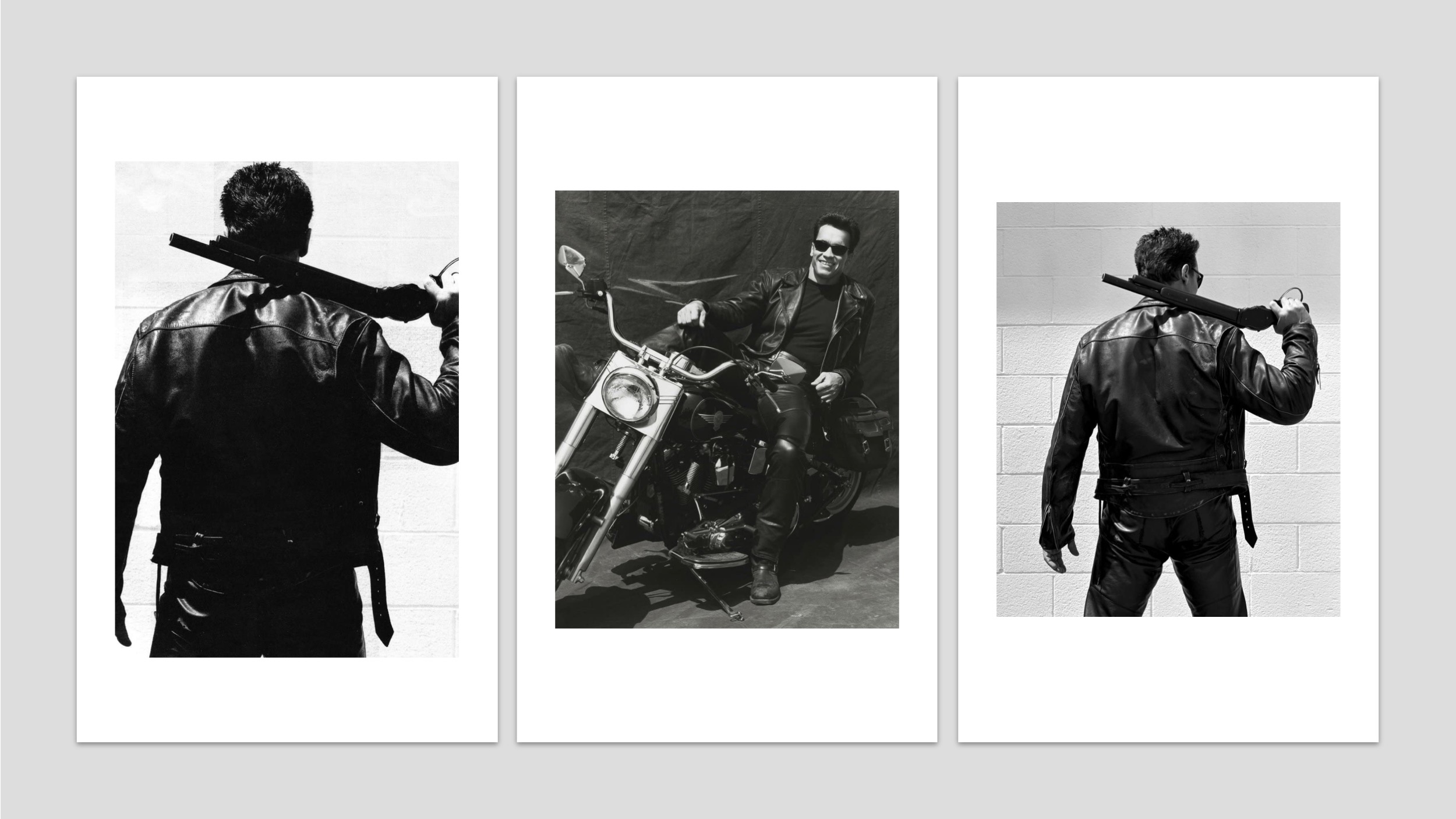 Have you ever met Arnold?

DG: I am a huge Arnold fan anyway, he is my idol. I’ve never even met him. The Governator sent us a beautiful letter saying I’ll be back and thank you for my great stuff and he does wear our jackets outside of movies, he’s always done that.

How popular are those Terminator Jackets for your customers?

DG: They are pretty popular. We have a year waiting list for them. We don’t mass produce anything. What is around is people that make leather jackets, a tonne of them. They come over from China. I absolutely will not do business with China at all. That has nothing to do with the virus it has everything to do with cheap, poor quality and just crappy construction. Period. 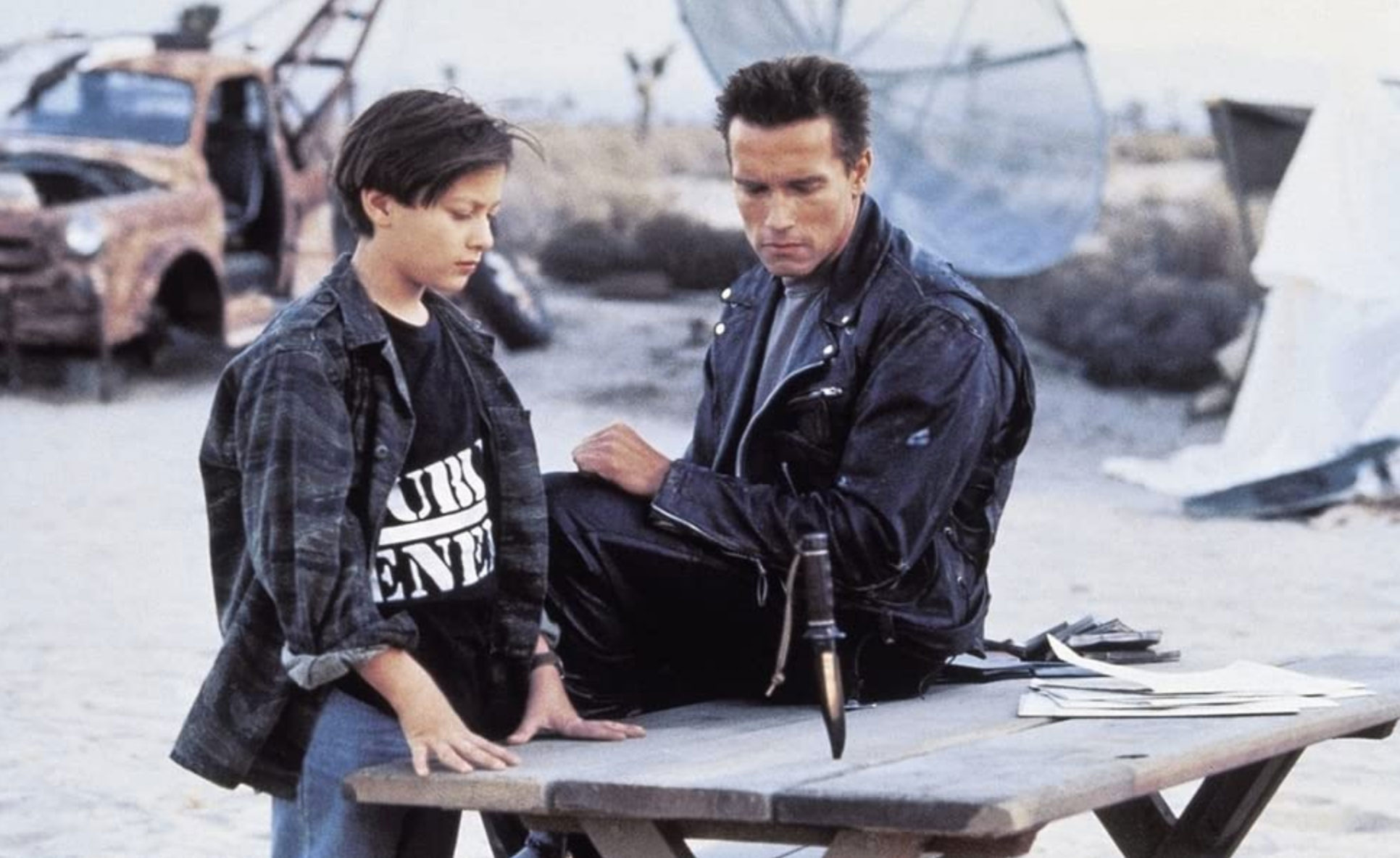 What Arnold says about the costumes

From Arnold’s autobiography Total Recall, My Incredible Life Story, Schwarzenegger gives little mention of the costumes from The Terminator films. Although he does speak fondly about his clothes and his appreciation for luxury clothes coming from humble beginnings. He does briefly mention that he often sent his nephew Patrick some T-Shirts from The Terminator productions (presumably crew tee shirts).