Skip to content
Tales from MooreFest at The Cinema Museum

This weekend gone I attended the fourth anniversary of MooreFest at the Cinema Museum in South London. 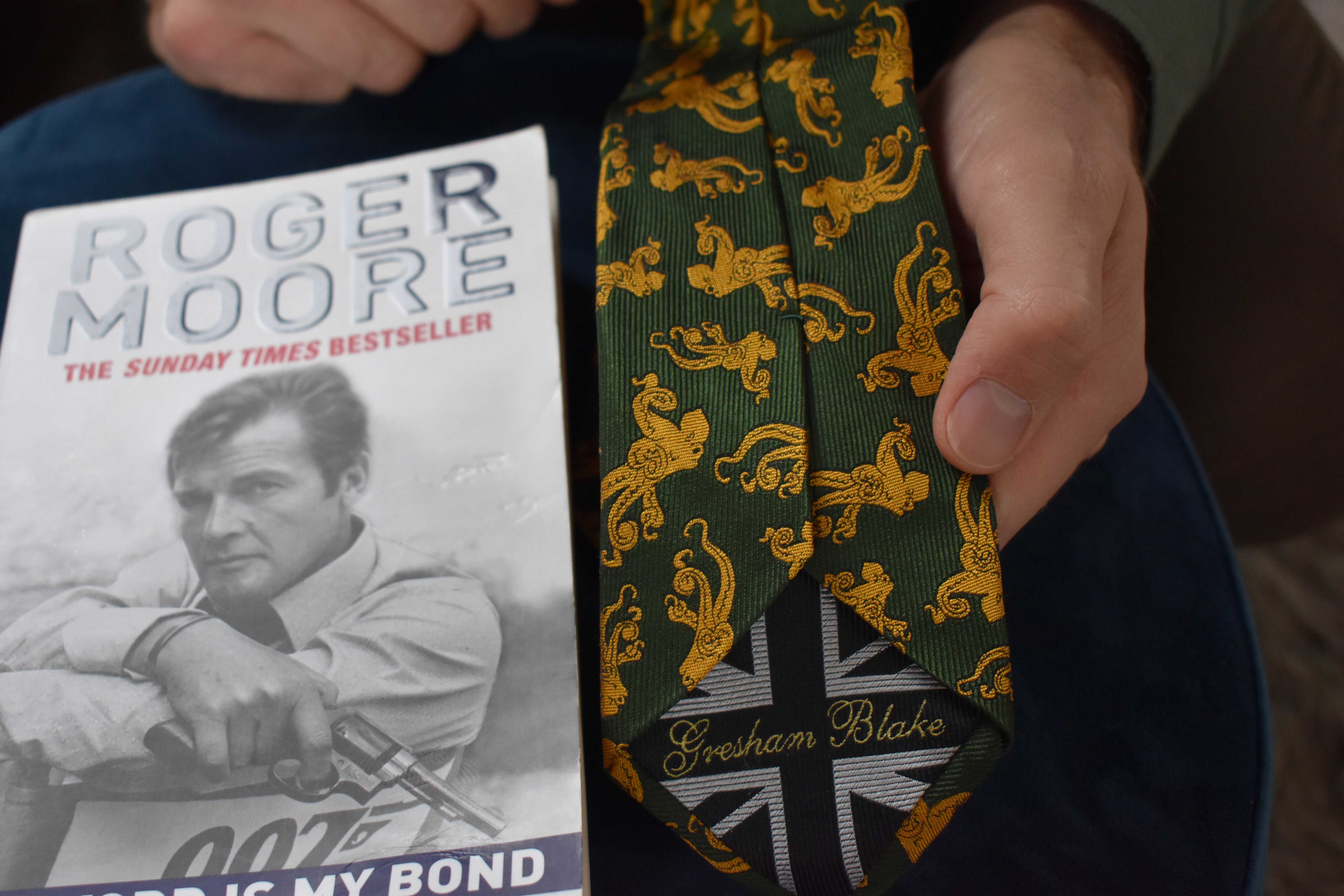 How it was made

The Jacket and shirt was handmade in Hoi An and you can catch a mini holiday Vlog/doc of the process in the video below.

The shoes I bought in Italy a few years ago and I only remember buying them because the gentleman who sold me them was smoking a cigar behind the counter, with a no smoking sign behind him. I took a photo, I wish I kept it. 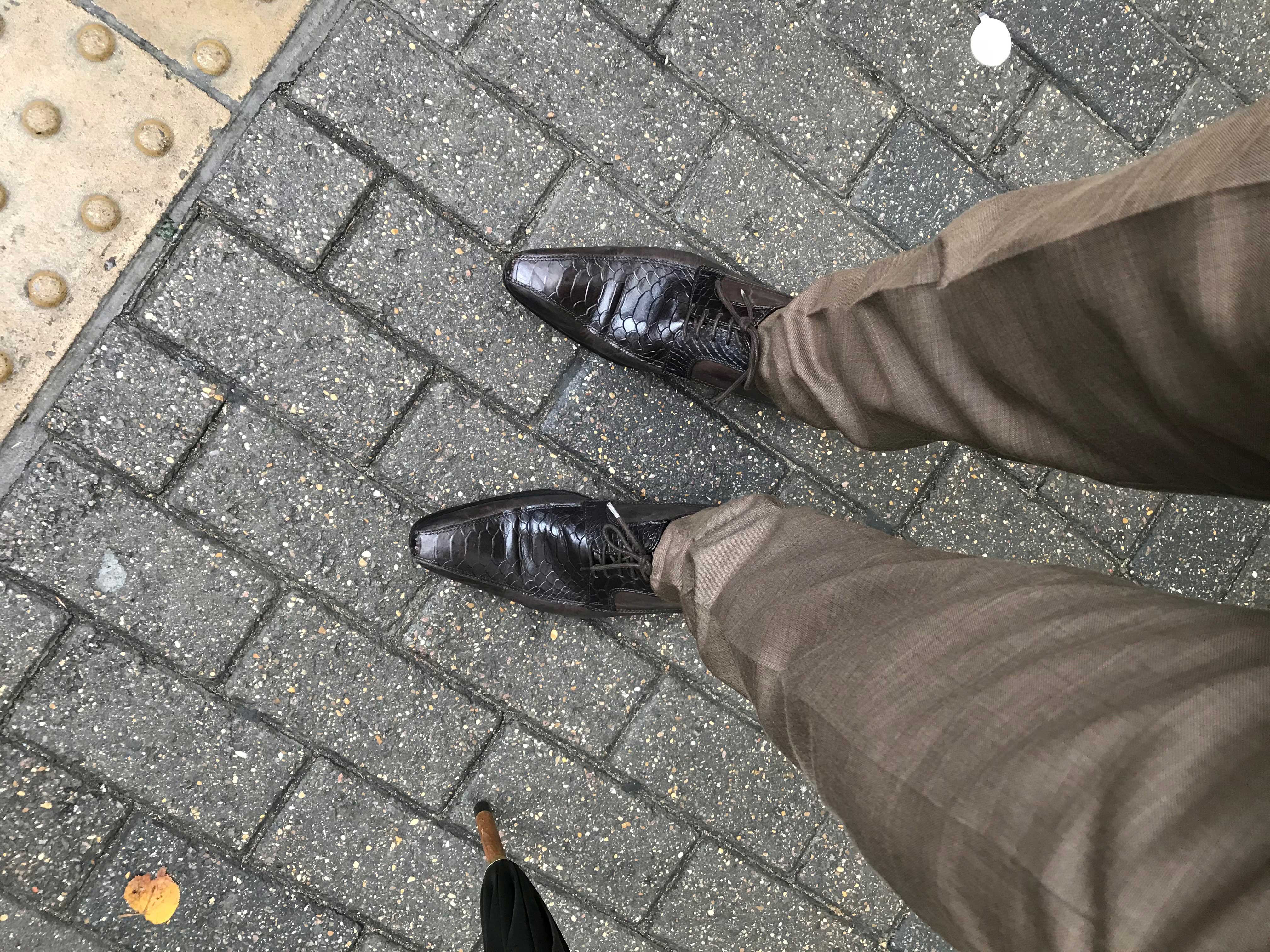 I caught this gentleman queuing for the toilets behind me. I normally make a rule never to take photos in public toilets, but couldn’t resist on this occasion. 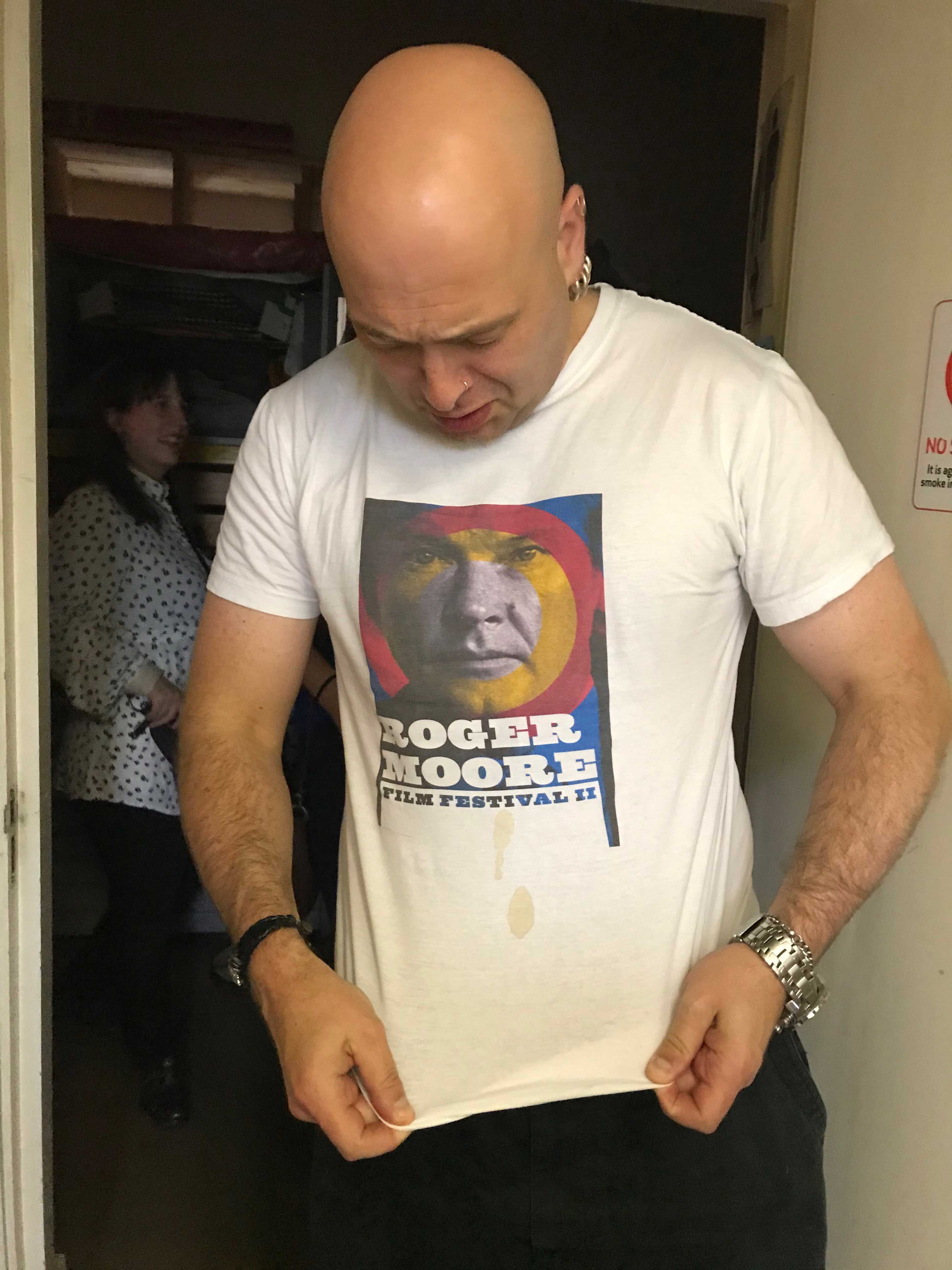 I got to catch up with Terry and Graham from the OddJob podcast. (Left and Right of me). They have an upcoming episode dedicated to the character Q. You can catch their show on iTunes here. 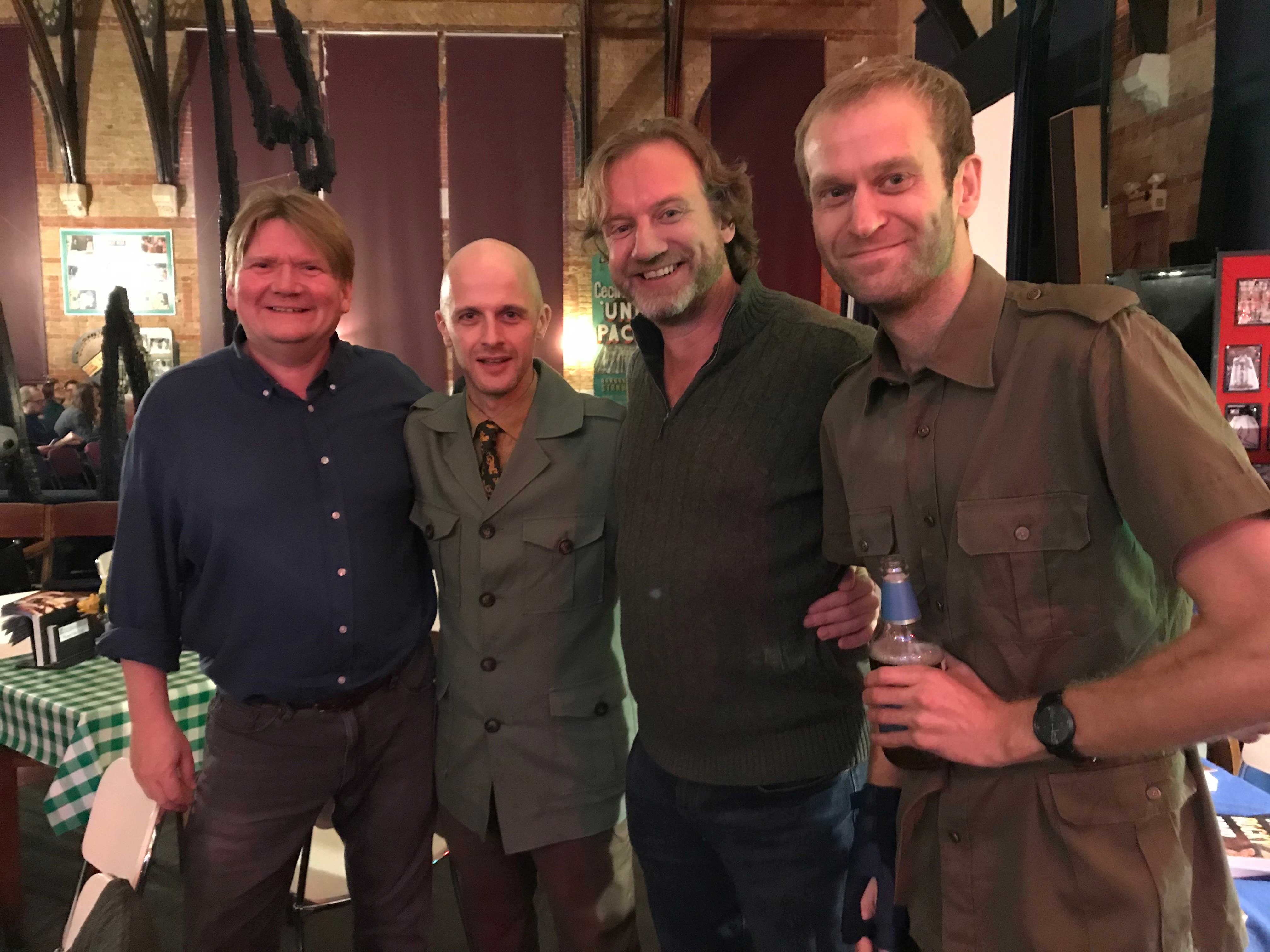 From left to right Terry, me, Graham, Andrew

The man behind the magic

To the far right is event organiser Andrew Sturtevant dressed in a safari shirt he bought on eBay. I interviewed Stuart for a bonus episode of the podcast about the logistics of putting on MooreFest. You can find a link to that episode on iTunes or in the player below.

Playing at MooreFest this year was two Roger Moore films, The Sea Wolves and Fire, Ice and Dynamite.

The Sea Wolves was actually quite a slog for the first thirty minutes. It has a very pedestrian pace and the dialogue isn’t in any slick or memorable. But it has some nice Roger moments. The wardrobe was quite fantastic and Matt Spaiser from The Suits of James Bond has written about some of the outfits on his blog.

He is clearly at ease with co-stars Gregory Peck and Barbara Kellerman who played the devious yet demure Mrs Cromwell. 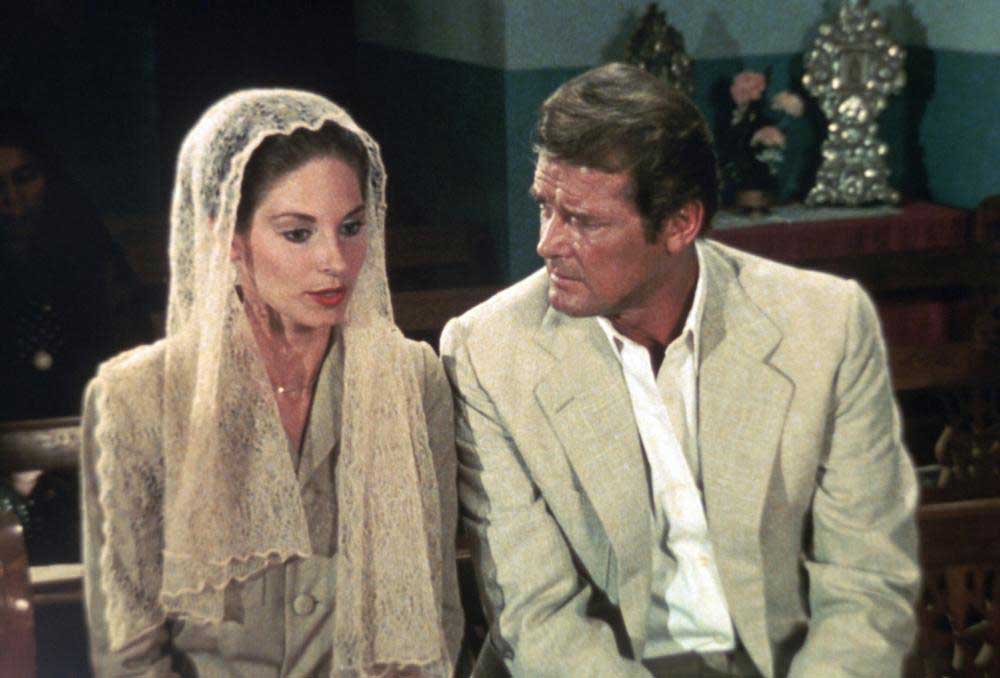 It does get going eventually

When the two of those are on screen the film has the most intrigue. Same too when David Niven arrives with the veterans from Calcutta Light Horse.

The film really hits it’s straps by this point and if it was ever remade, the dynamics of these retired military men gagging for some action would have to be introduced sooner.

Before the second film there was a Q&A with stuntman Rocky Taylor who doubled for Roger Moore in The Saint and a couple of scenes in Octopussy. The Q&A was hosted by the gentleman of Behind the Stunts podcast (I didn’t catch his name).

I will include some audio of that interview in the next episode of the From Tailors With Love podcast.

Lastly there was a showing of Fire, Ice and Dynamite which at best can be described as a 2 hour long Pet Shop Boys video. Sadly, but perhaps rather fortunately, I had to leave early.

The future of The Cinema Museum is uncertain and you can find out more information on their website for links on how to support the venue. I’ve included some imagery below. I recommend checking out the listings and finding an event that you’ll enjoy. 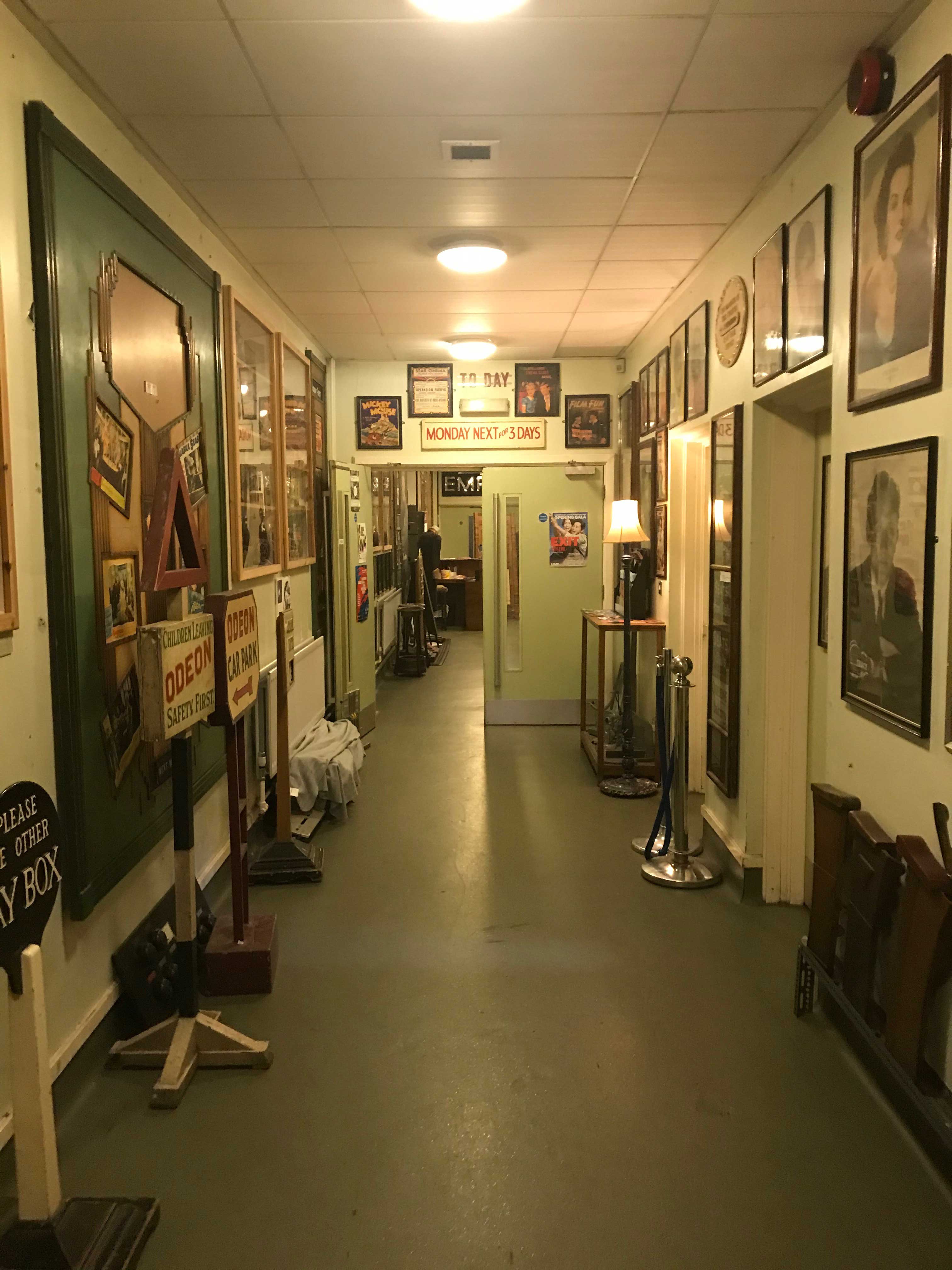