Stories from Pinewood – John Glen ‘I fought for Maurice’

Today I’m going to recite some stories from the Q&A at Pinewood which I attended in early November 2019.

Gareth Owen, PA to the late Roger Moore and co-event organiser was the compere of the Q&A. 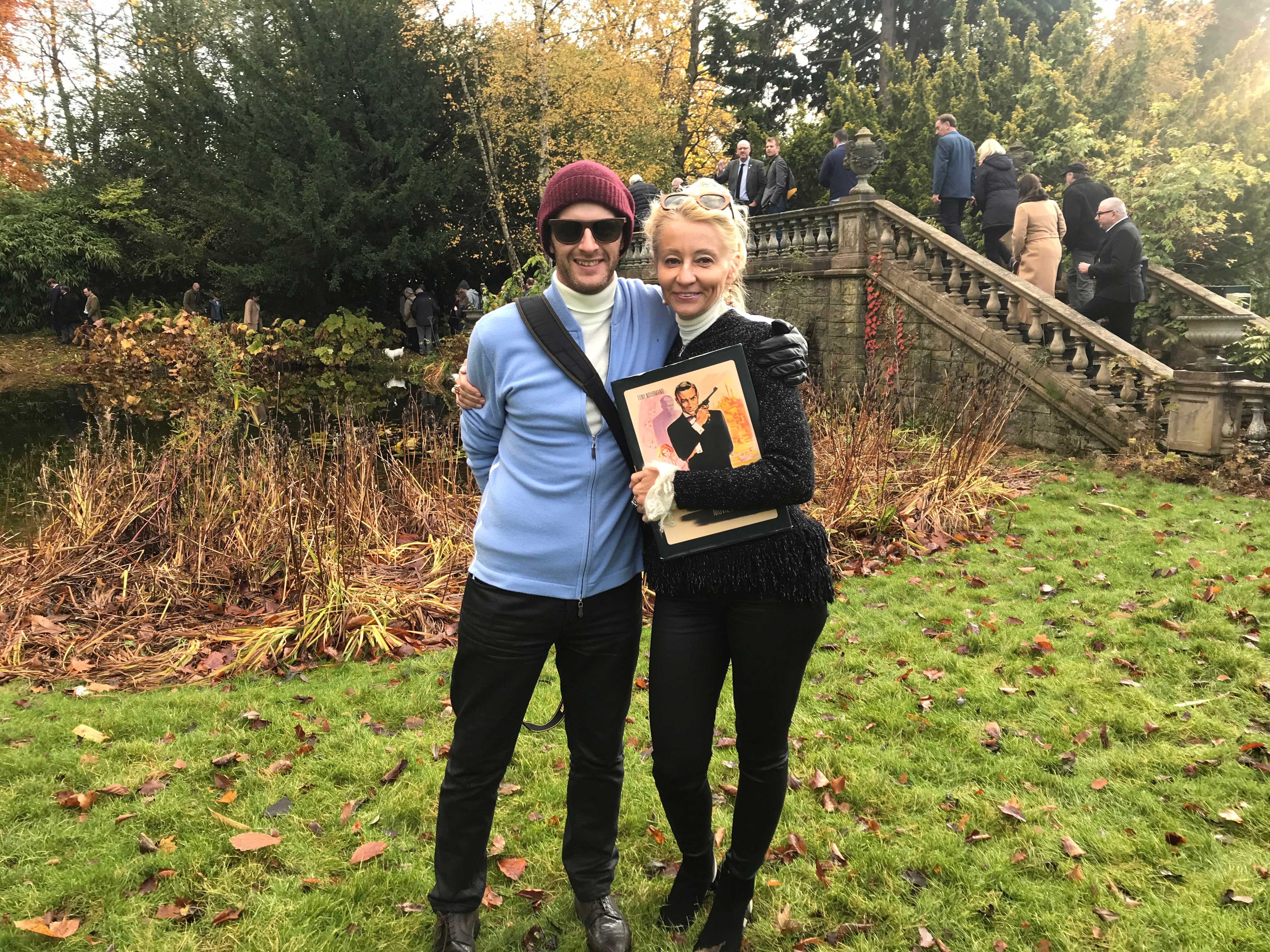 From Russia With Love location in Pinewood Garden Tour

He (Maurice) would always leave everything until the last moment, he never seemed to have any plans, it was all very haphazard.

They would often called me onto the set to try and get some kind of organisation in to what he was doing. I fought for Maurice on one occasion. Barbara, (Brocolli) she found a commercials directors that should replace Maurice. 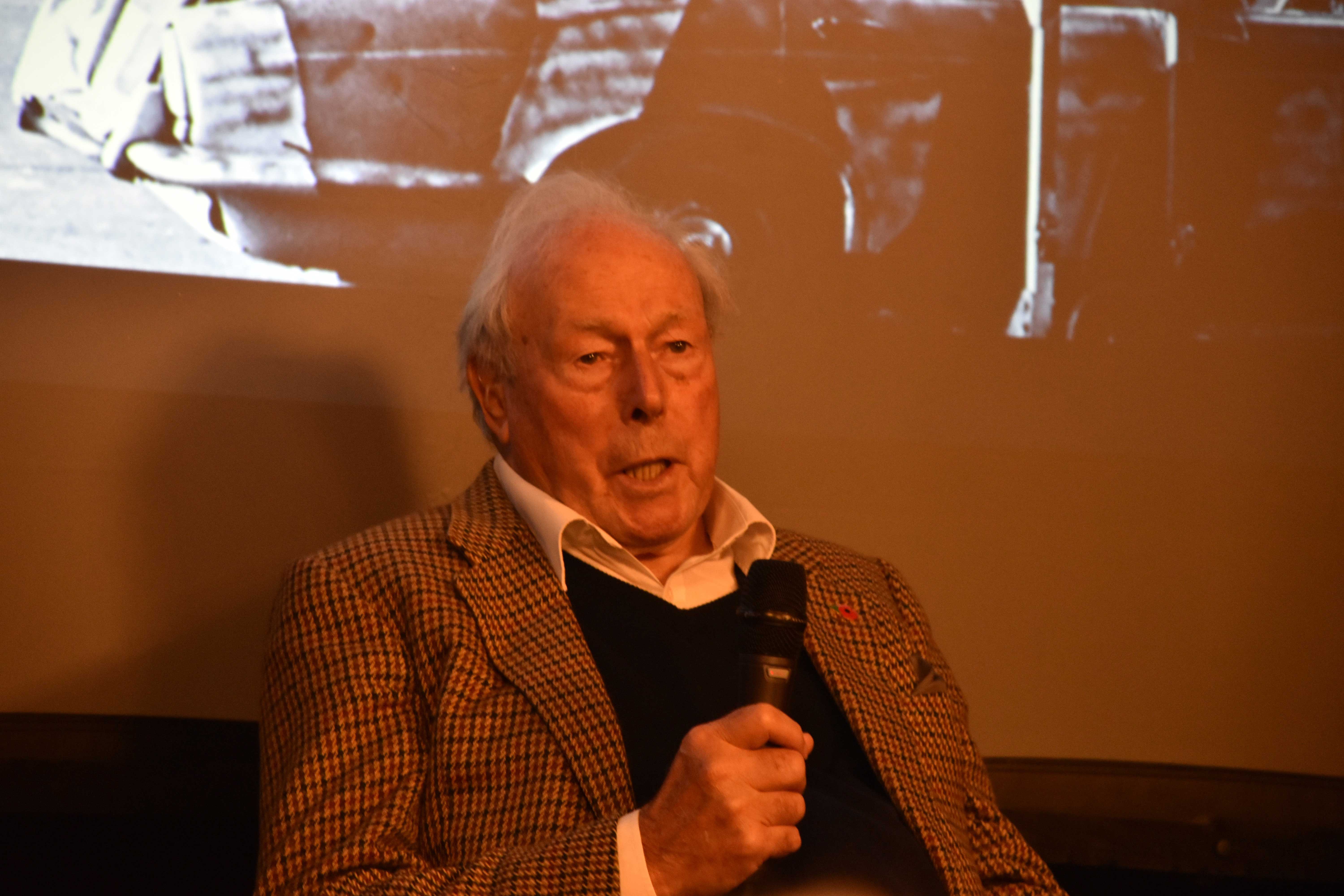 John Glen on Maurice Binder ‘like all great artists, they come up with the goods in the end’.

I was called into the office one day and they’re all sitting round the table and discussing whether they should get rid of Maurice and employ this young guy.

I listened to all the arguments and then Cubby (Brocolli) looked to me for my opinion. My response was “When I had the premiere for my first film in the boys club in New York, when Maurice’s titles came up and his name come up on the screen ‘Main titles by Maurice Binder’ the whole place erupted and they stood up and applauded. I said Are we going to throw all this away?” 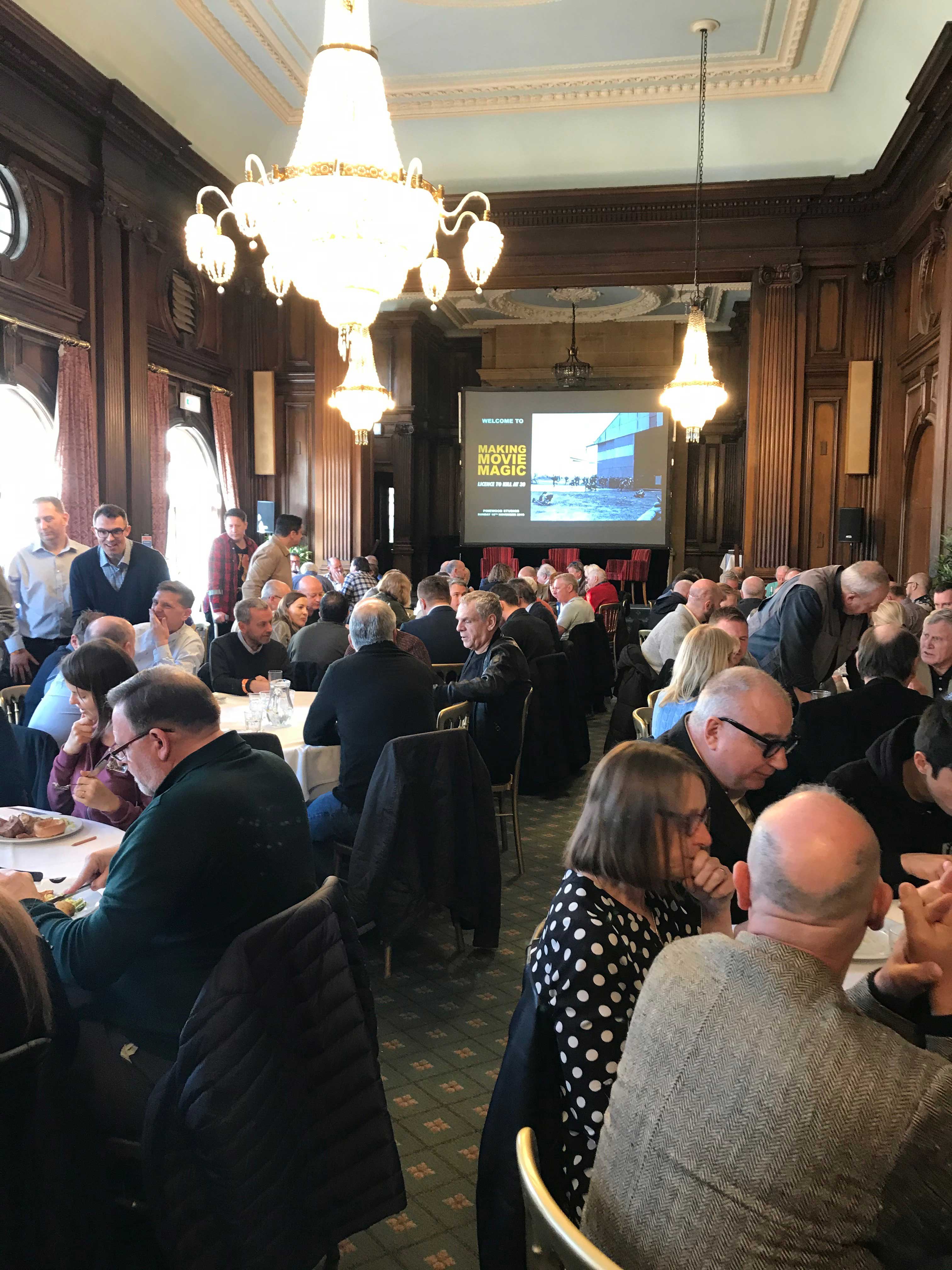 The reputation this guys got? Yes he’s a pain in the arse, but at the end of the day he’s like most artists, they come up with the goods in the end. On one occasion I was premiering the film in America and I got a phone call from Maurice on the day of the premiere.

He said “I’ve just been sent by special messenger a new set of  titles over, would you cut them into the print?” I said absolutely not and put the phone down on him. 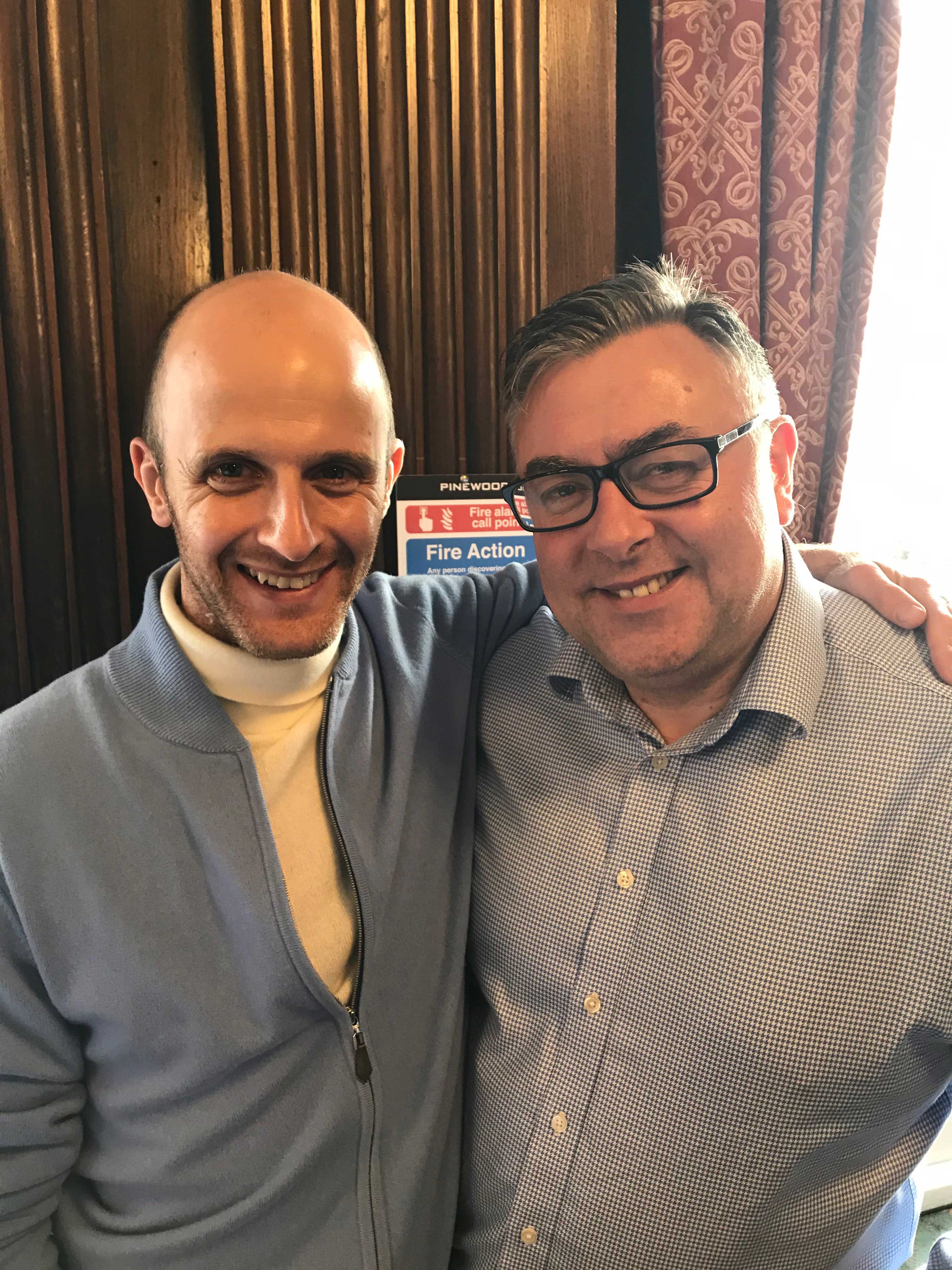 John Glen on the censorship of Licence to Kill

Paul Western did the stunt. It was a full body burn, very dangerous. We put petroleum jelly all over him and we had less than two minutes to get the shot and get him out before he perished.

It was a wonderful shot and I was very reluctant to take more and more frames out and keep chipping away at it. In the end it was a fraction of what it should have been. I think today it would be allowed, the censorship rules has changed over 30 years.

Sometimes I look at the scene on television and think, maybe they could put some stuff back. I certainly hope they do. 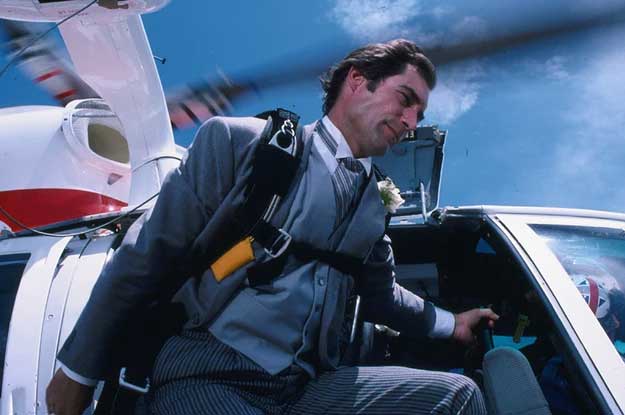 GARETH OWEN: Would you be tempted to go back and do a directors cut?

JOHN GLEN: No I don’t think so. The drug scene was a terrible business they kill the people and blackmail and kill families. When we researched it, Michael Wilson and I said, the only way we can do this film is not soften it, but show it in all its horror.

I loved him dearly, Roger (Moore) in particular loved him. We had one week shooting with him in Mexico and they didn’t pay him a whole lot of money.

That money had to last him two years between films. Every time Desmond came on set Roger rubbed his hands with glee and work out the jokes he could play on poor Desmond.

When Desmond came out to Mexico, bear in mind it’s not the healthiest place for an 82-year old and the insurance companies wouldn’t touch him.

The producers came up to me and said we can’t take Desmond to Mexico it will cost us a fortune. I said Desmond is such a professional. If he’s going to die, he’ll die after the last line of the script. 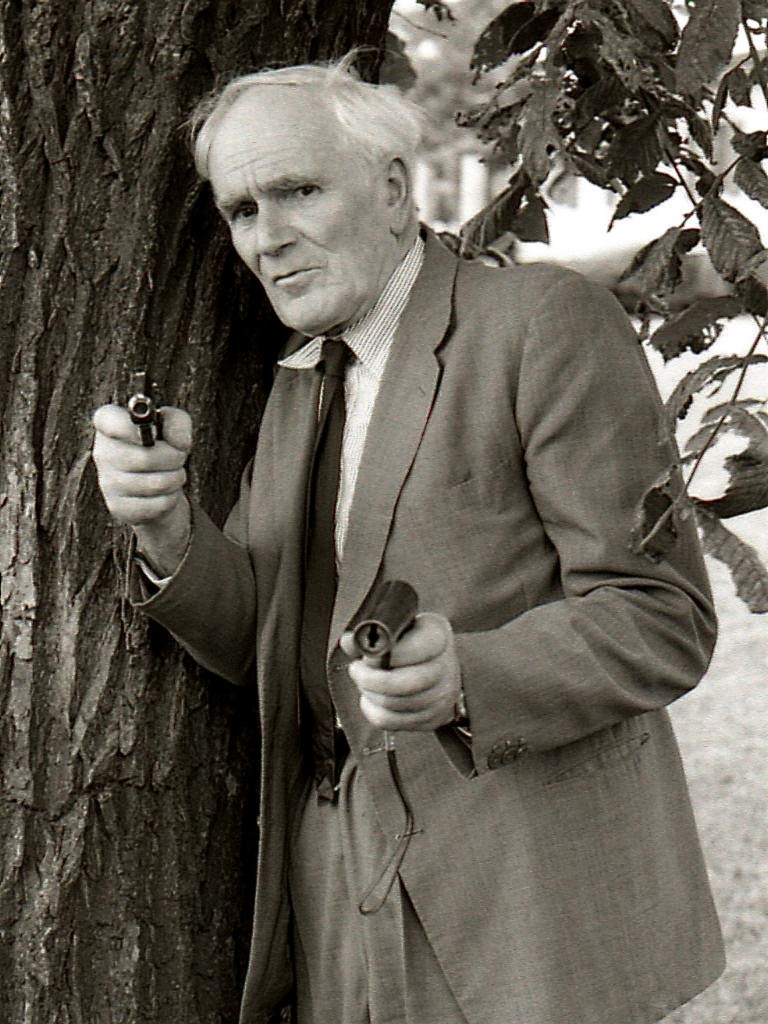 It’s true he was so professional. This guy had gone through the Second World war, was captured at Dunkirk and put in a prison camp. He spent the whole time in an officers’ prison camps.

Later when we did a publicity tour in Germany one of the television presenters asked Desmond, ‘have you been to Germany before?’

You can imagine what he said. He was a lovely character and I traveled the world with him and his wife. We were like a double act. 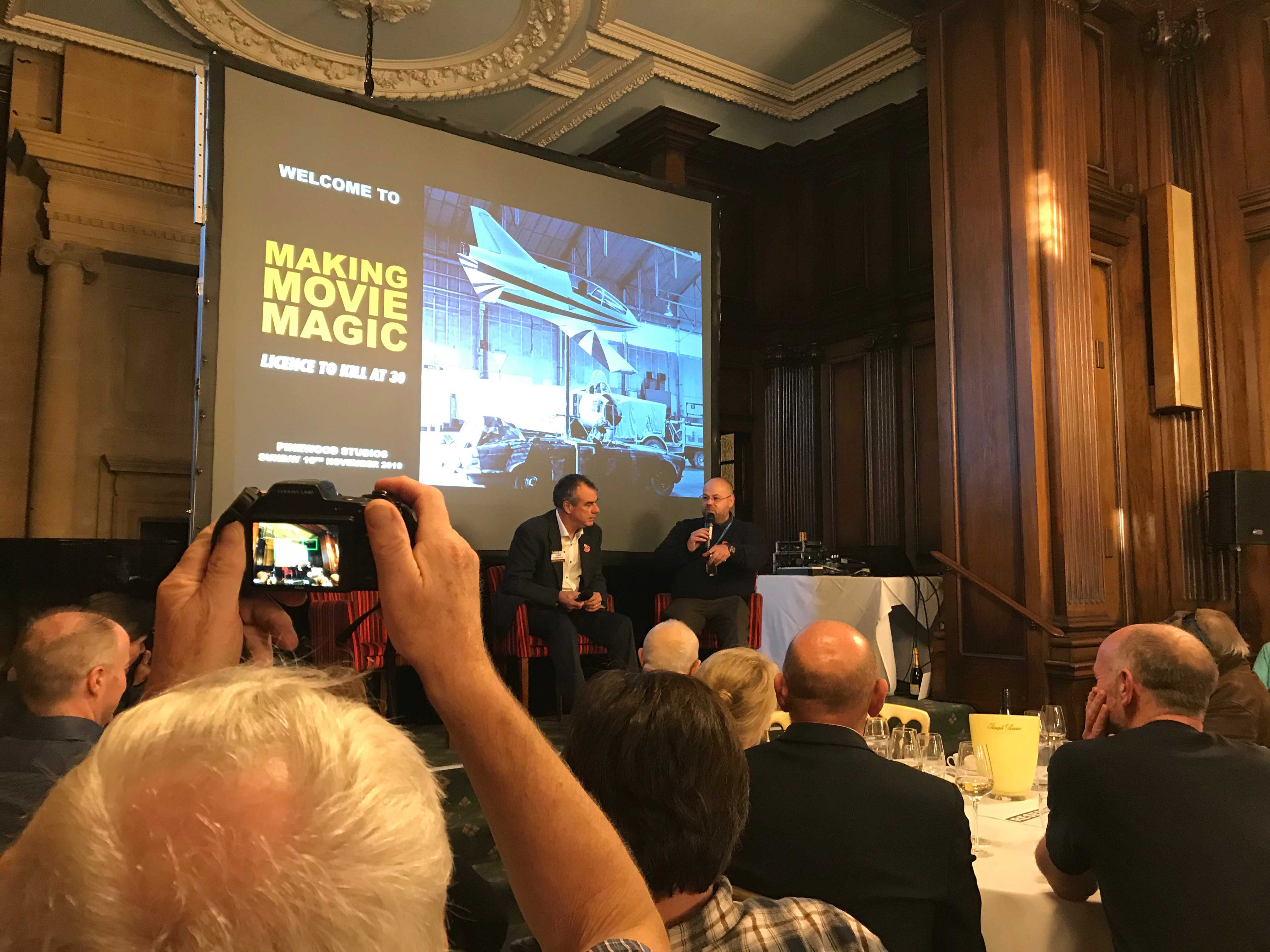 I’ve got very fond memories of every single one of them. The sinking house in Casino Royale, the tube train sequence in Skyfall etc.

For the Venice scene in Casino Royale Barbara brought a load of MGM executives on set one day and we started sinking it with all of them in there. One particular woman freaked out. Although we did manage to pacify her.

GARETH OWENS: Is there too much CGI in films these days?

CHRIS CORBOULD: There is a lot more CGI coming into it, but with Bonds it’s still based in reality. We try and get as much as you can for real, sometimes it can be too easy to do it post production. I always say lets put ourselves out, lets work hard.

Special effects supervisors should be fighting to do stuff for real because I really think it shows up on screen. 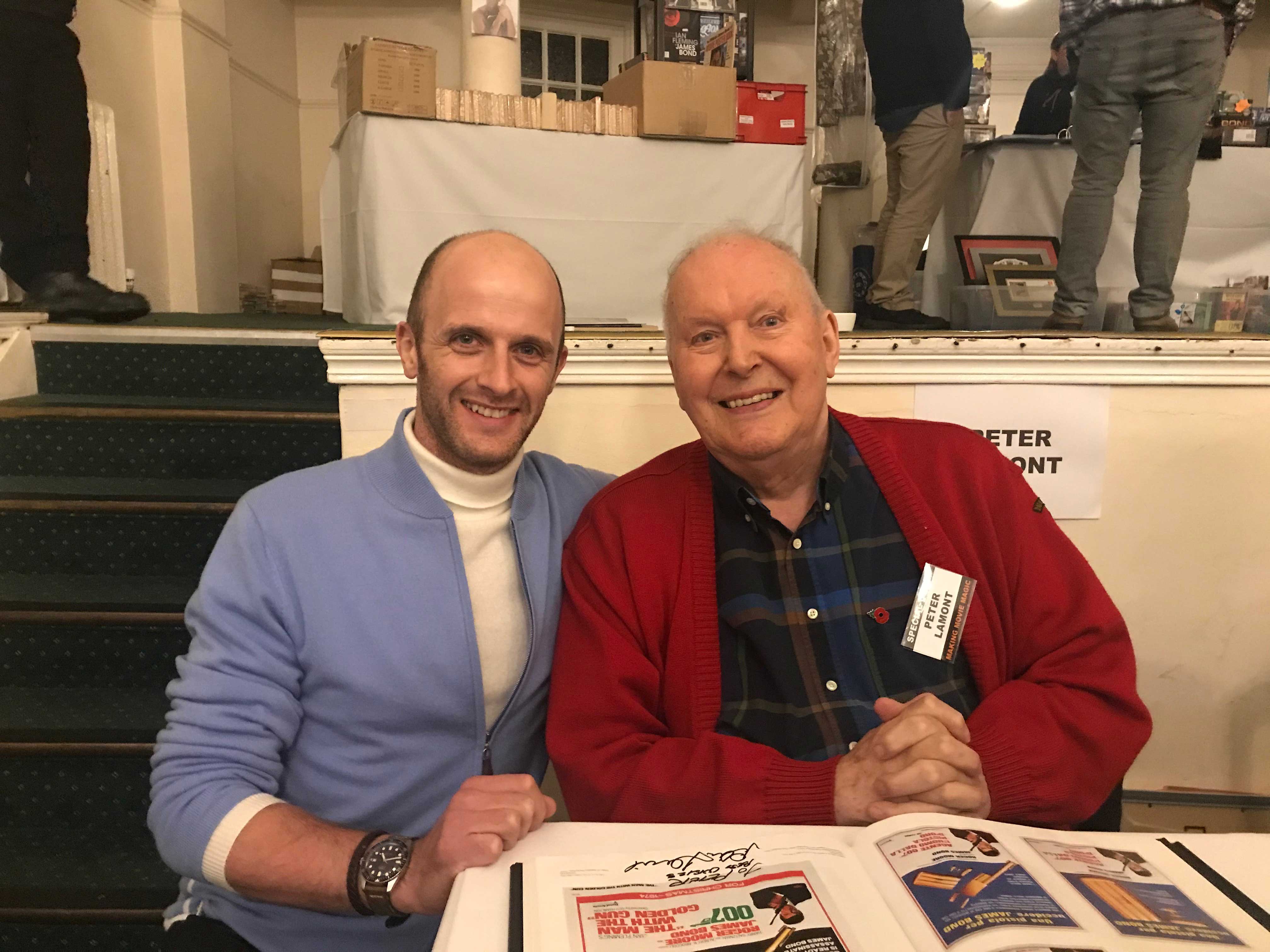 Peter Lamont on working on Licence to Kill

Nothing was wasted. The stages in Mexico were terrible, we relaid them. Everything was recycled. If you want a work light they banged cables into the floor with nails.

I thought Christ almighty someone is going to get killed. I was walking around one of the workshops on set one day, I heard this hammer going.

Someone was straightening the nails on the anvil. I thought now that’s going too far.

Listen to me talk about meeting John Glen and Peter Lamont on the upcoming episode of From Tailors With Love. Available on iTunes.

Check out the podcast section of the blog and chose your favourite episode.