When the men go shopping they do so with purpose and with one thing in mind; will this bring me closer to James Bond? 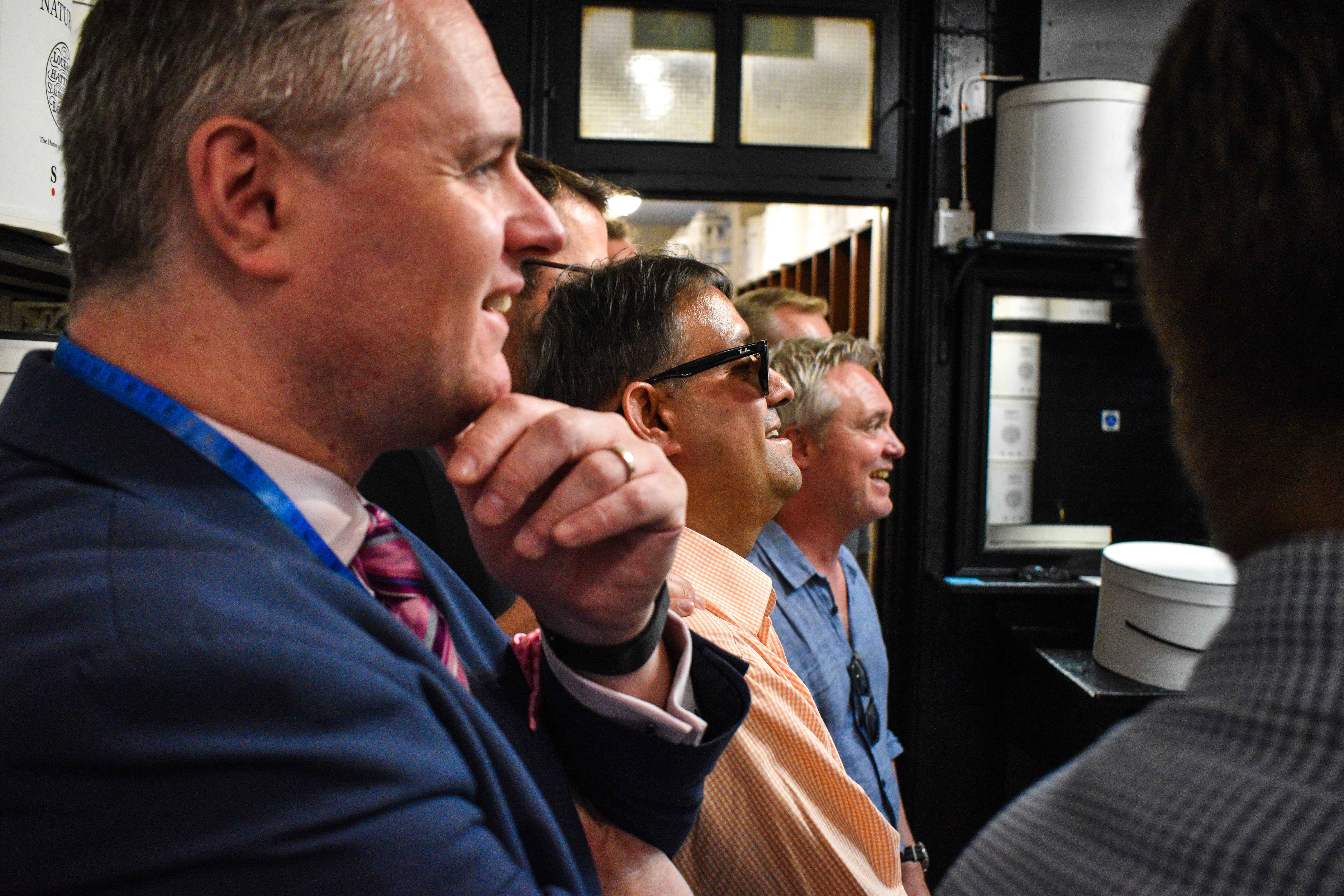 It’s safe to assume we all know that Tom Ford has been clothing up our fictional super spy since taking over from Brioni in Quantum of Solace in 2008, but other brands have played an integral role to the franchise. Many continue to do so. 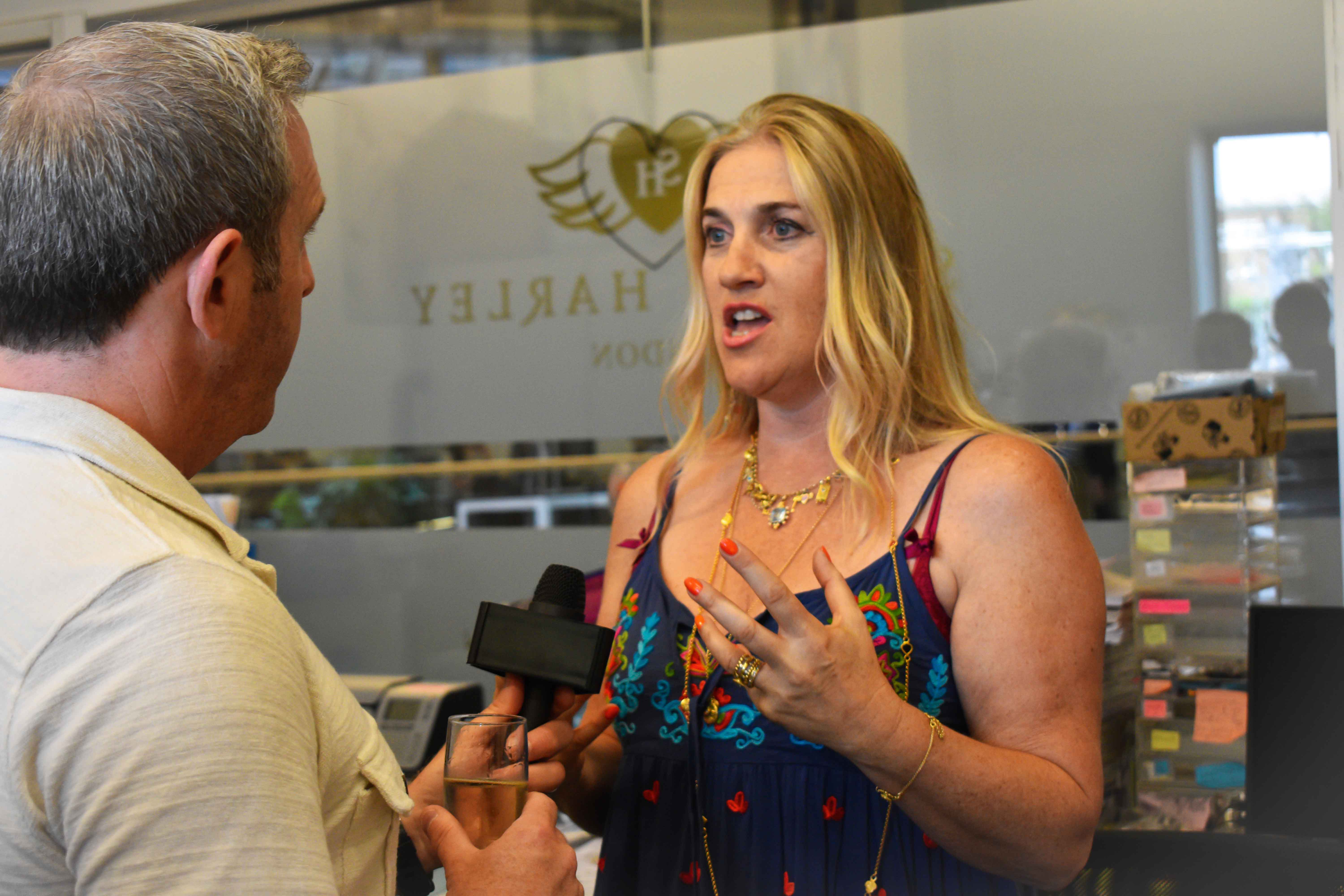 Your first stop will be by appointment at Sophie Harley London, nearest tube Westbourne Road. Sophie is a regular at the studio and is more than happy to talk Bond.

She was commissioned especially by Lindy Hemming (costume designer for Casino Royale) to design a necklace for Vesper, played by Eva Green. 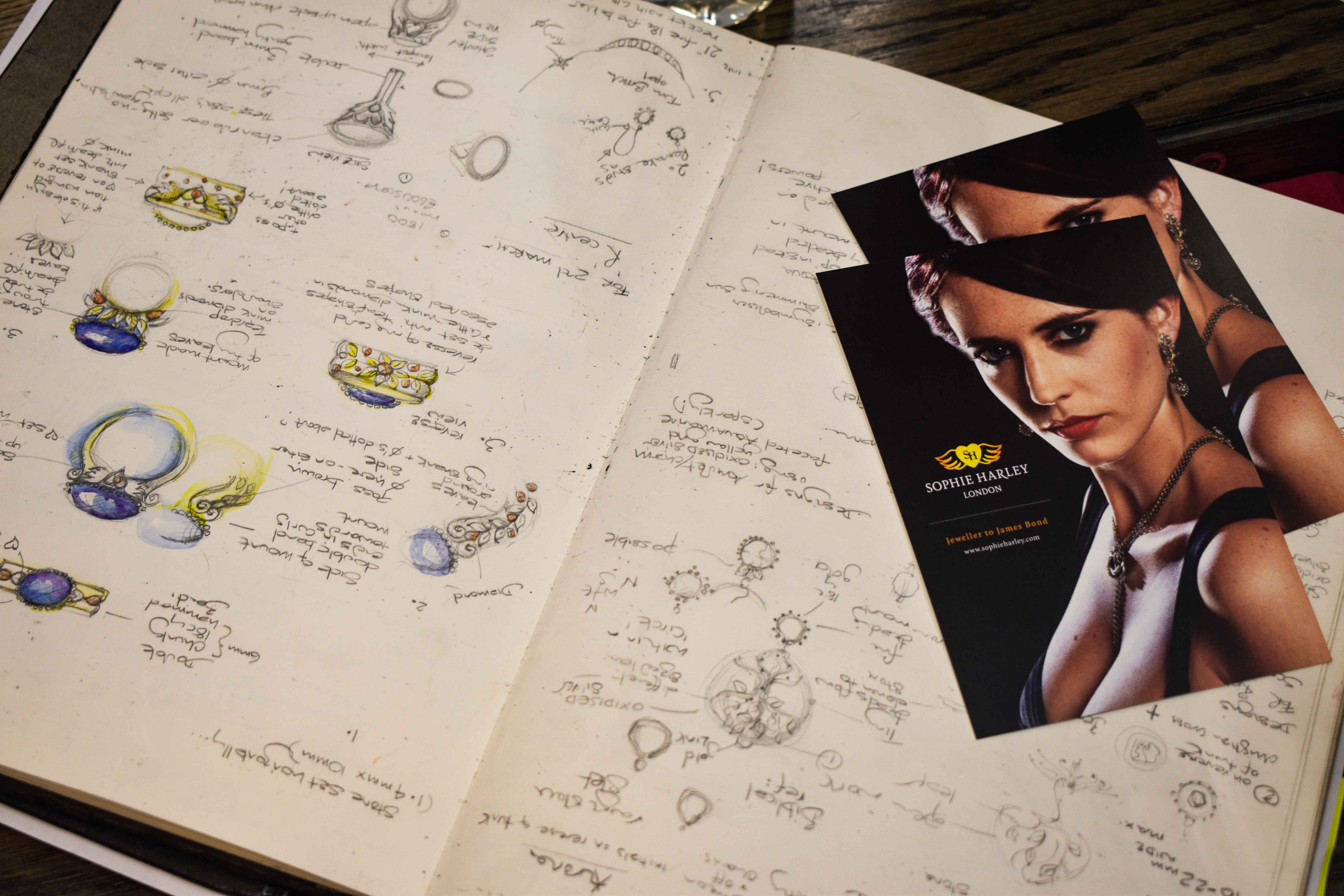 Not only Casino Royale but also

This turned out to be the Algerian Love Knot that would later play an integral role and feature prominently throughout the film and into Quantum of Solace.

Sophie has many clients that fly in from all over the world. You can visit existing collections at the studio or design bespoke pieces with Sophie in her studio.

More photos from inside the Sophie Harley studio can be found here.

Catch a more in-depth interview with Sophie taken on the day with David Zaritsky from The Bond Experience below.

As seen festooned across every other London double decker. The Orlebar Brown boutique off Westbourne Road is a quick ten minute walk from the Sophie Harley studio.

Inside you’ll be transported to a world not too dissimilar from life on Amity Island, minus the 25 feet rubber shark.

Pique wooden floors, it’s downstairs walls cosseted in aqua blue, as if you’re taking a literal deep dive into the world of Bond.

Orlebar Brown were originally featured in Skyfall. The clipper shorts that Daniel Craig wore when taking a moonlit swim in Shanghai, though actually shot on location at the Virgin Gym in Canary Wharf.

You can find our review of the James Bond Orlebar Brown collection in the video below.

The new 007 celebration collection features some uber-subtle retro inspired pieces from the franchise such as a piped navy blouson from A View to a Kill, a pleated dress shirt from On Her Majesty’s Secret Service and the now infamous Goldfinger Onesie.

This piece is sadly out of stock (at the time of writing) but there will be a re-release of some pieces due to popular demand. 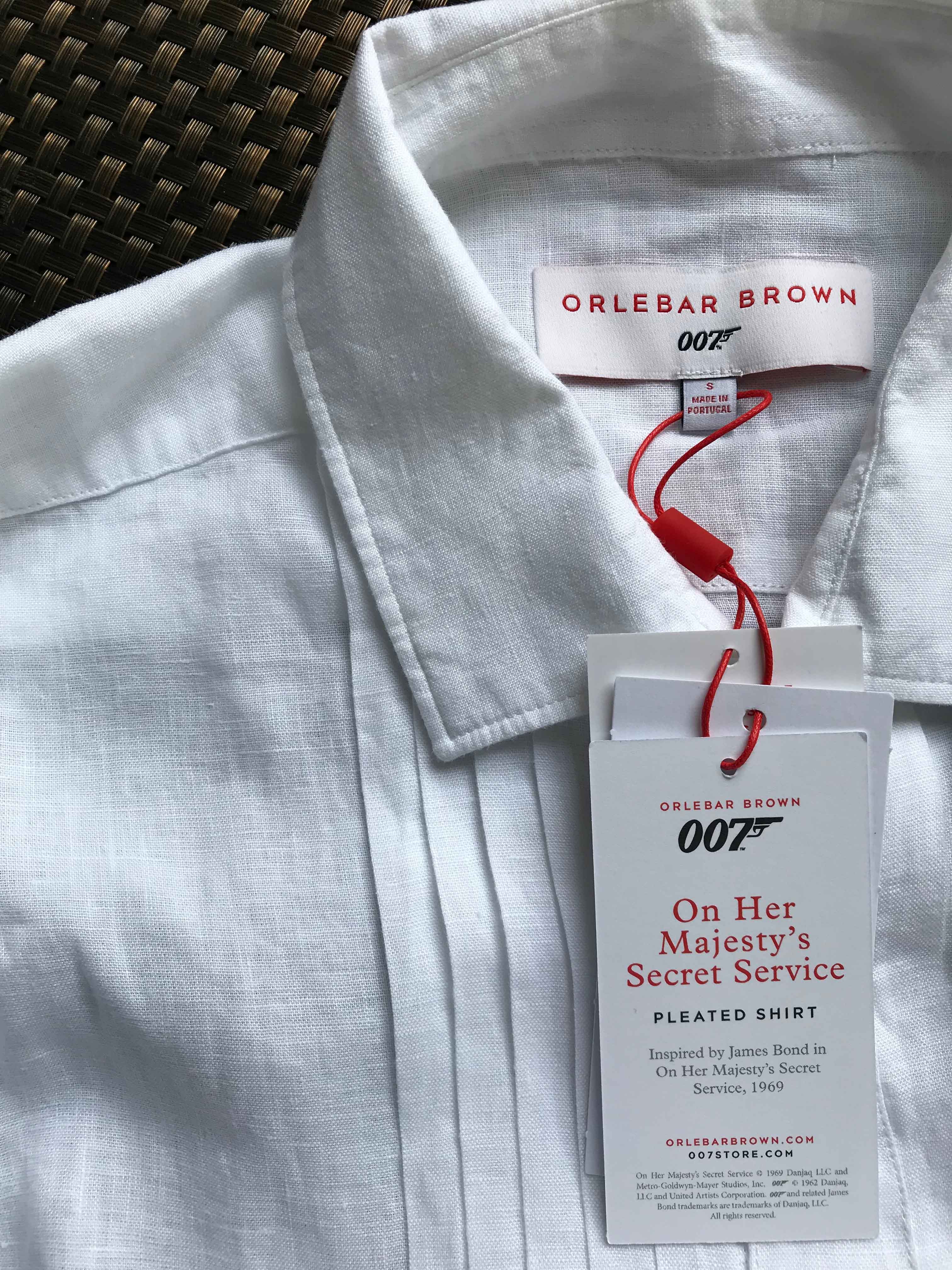 Westbourne Grove has some nice eateries if you’re looking to stop for a bite to eat. Although if you’re hosting a tour or have gathered some ‘Bondian moss’ than you might want to book ahead. The Australian restaurant Granger & Co. is very popular.

Next stop on the tour is a 30 minute walk and tube ride to N.Peal on Burlington Arcade. (Walk to Notting Hill and get the central line to Oxford Circus).

N.Peal is a stunning boutique, a hidden treasure tucked away at the North end of Burlington Arcade.

They joined the franchise in Skyfall but truly rose to dominance in Spectre with Daniel modelling their cashmere and silk turtle neck sweater on the movie’s poster.

This dark charcoal turtle neck sweater is crafted from a cashmere and silk worsted yarn 70% Cashmere 30% Silk and is still available to buy online and in store. 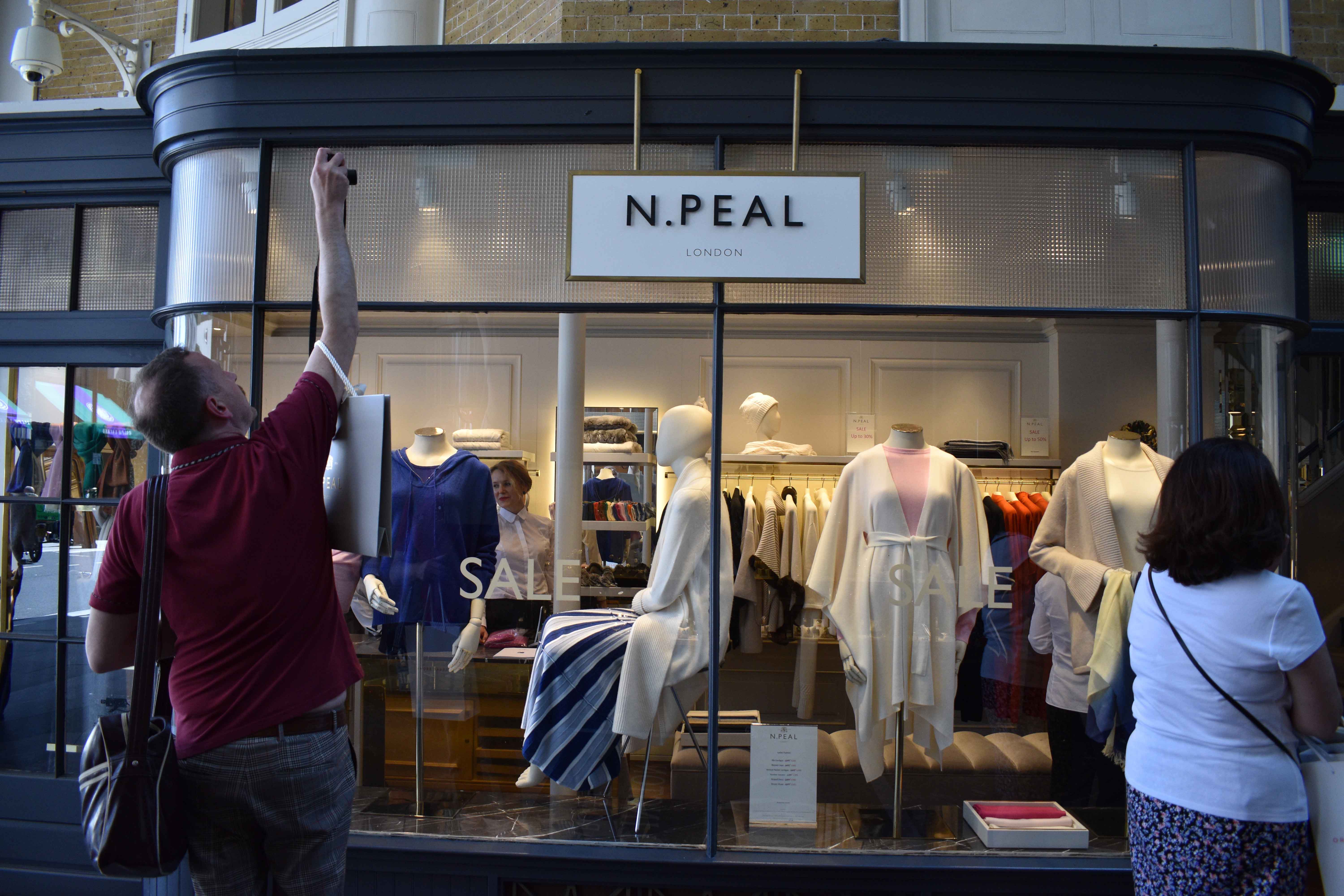 In store we spoke to Anahita from the N.Peal team. “We weren’t sure what was going to wind up in the film, when the poster came out for Spectre, that’s when we knew. 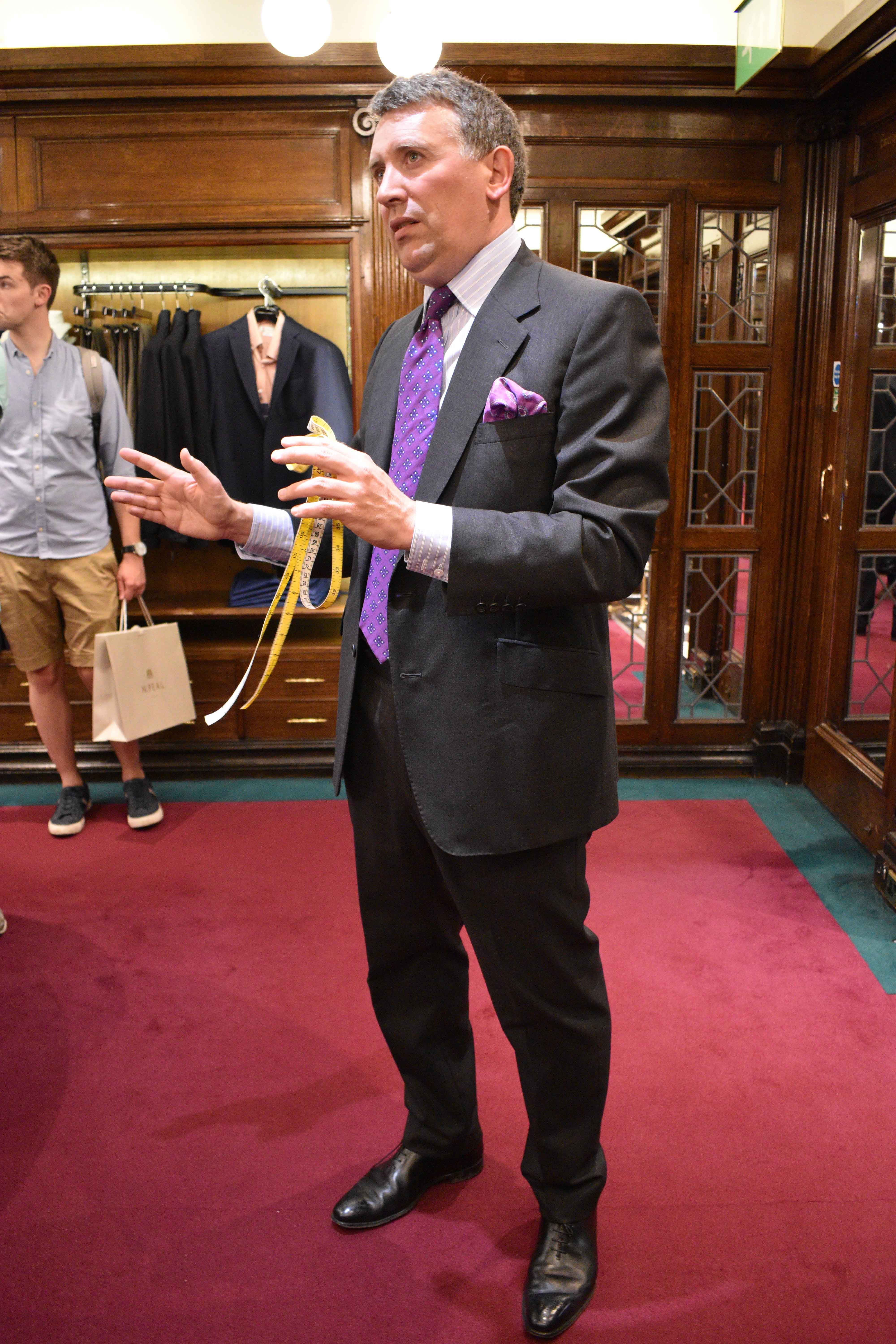 If you get the opportunity try and book an appointment with James Cook, store manager of Turnbull & Asser. He has some fantastic stories having featured as an extra in Die Another Day.

Turnbull & Asser has an illustrious history with the James Bond franchise.

In the flagship store on Jermyn Street you can even stand in the exact same spot that Sean Connery stood when getting measured for Dr. No by the late Michael Fish.

They have a separate bespoke entrance to the building where Daniel Craig stood to get measured for Casino Royale. 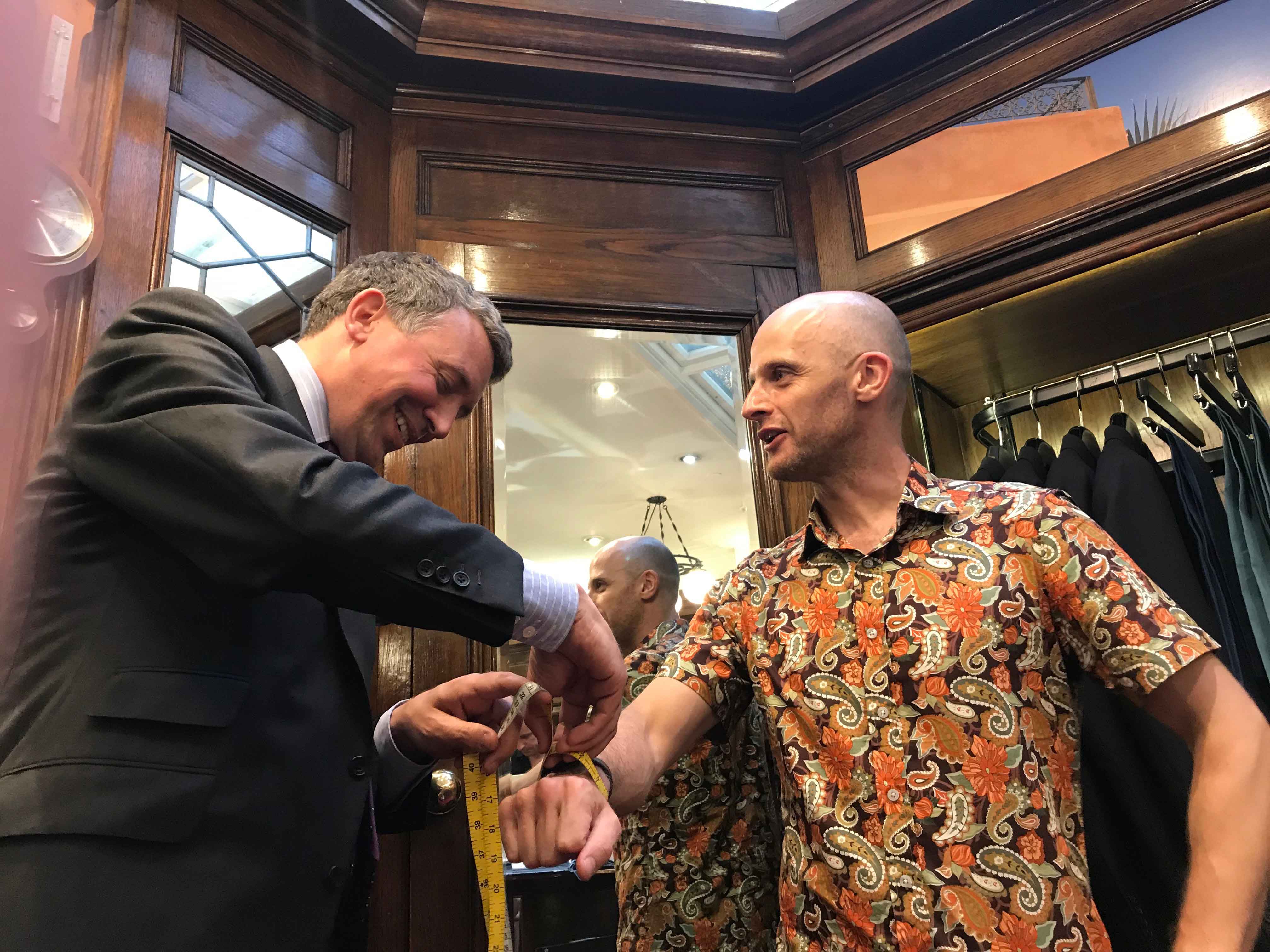 You’re on the home stretch here. Jermyn Street is truly the home of both Ian Fleming and Bond. Sunspel is a quick 4 minute walk as the crow flies from Turnbull & Asser.

Their journey in the James Bond franchise began when they tailored one of their original Riviera polo shirts for Daniel Craig to wear in his role as 007 in Casino Royale. 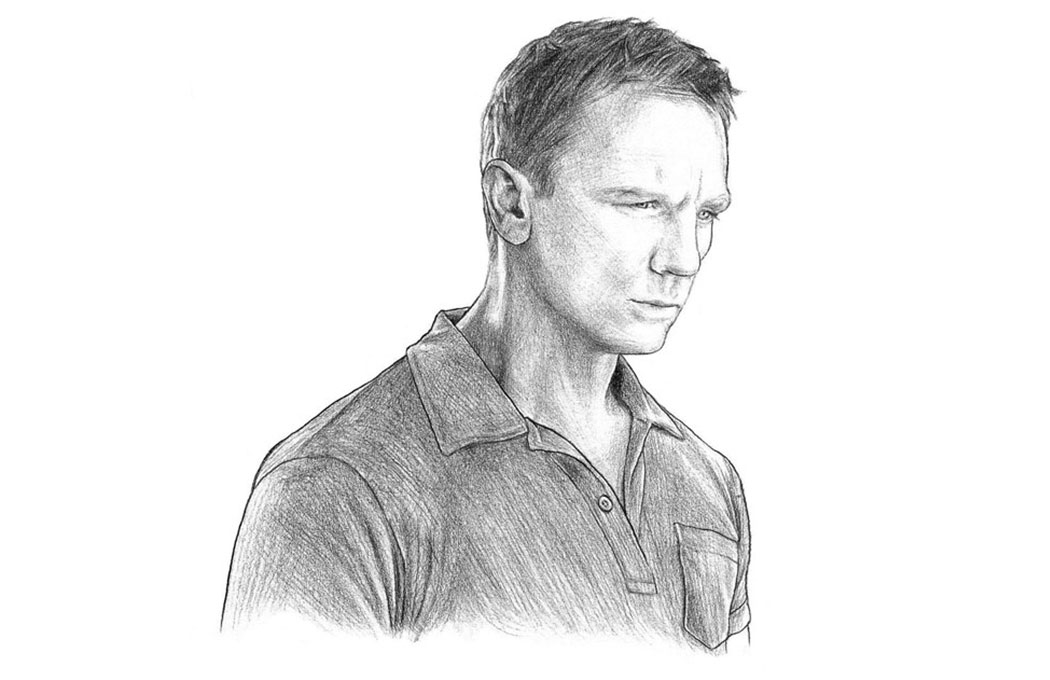 Store manager Louis Vincent spoke to us on the relationship Sunspel has with James Bond. “It’s become one of our best sellers.

It’s changed since the original design, it was tailored for Daniel Craig. The sleeves are shortened and more form fitting around the chest. Much more tailored.

Here at Jermyn Street we have more of a traditional customer. Underwear is the biggest seller, the Levi’s advert that featured our underwear kicked it off. We were the first to kick it off in the UK market.” 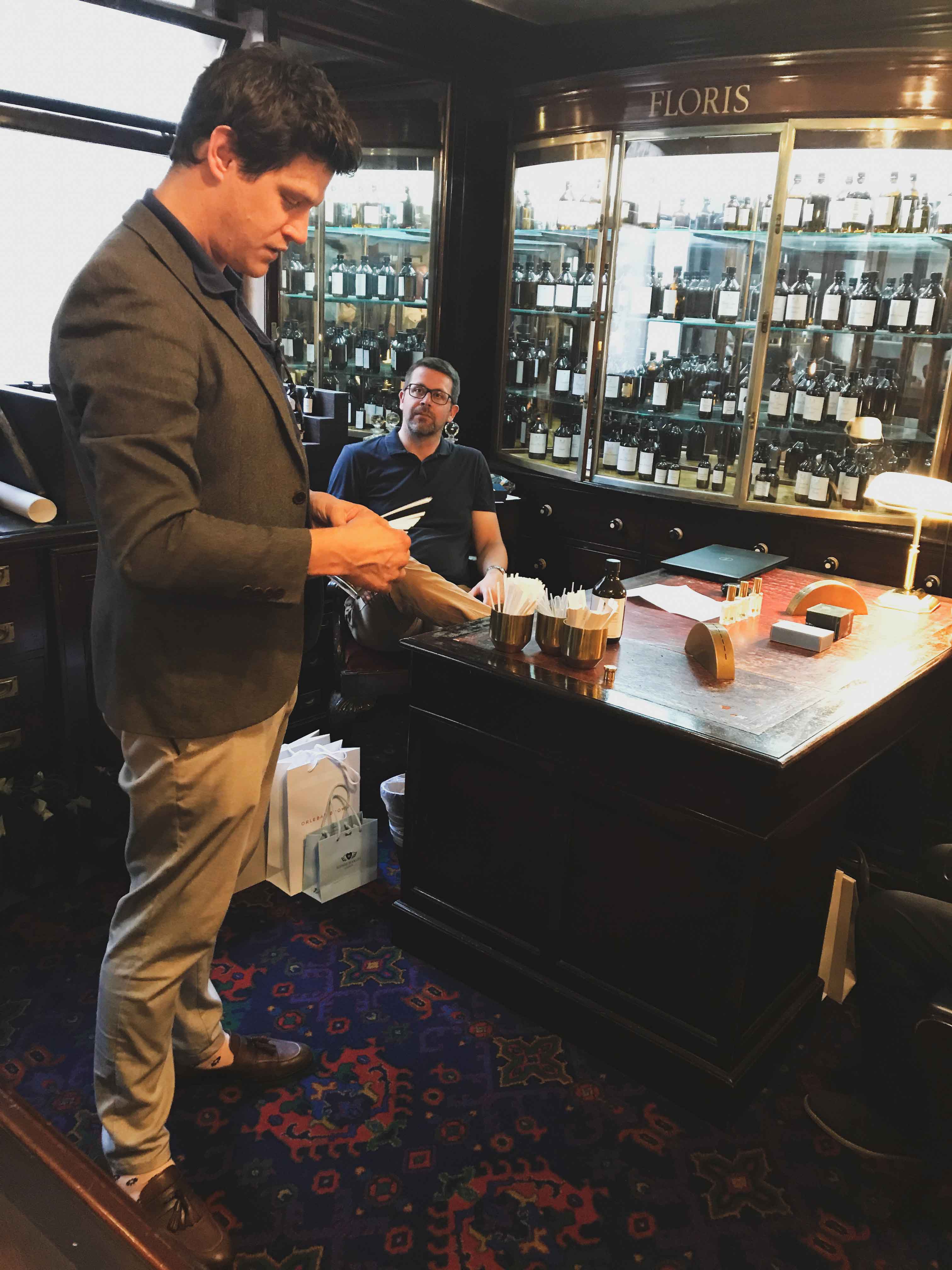 One of the most beautiful shops on all of Jermyn Street is undoubtedly Floris London. Not only will you find a swathe of beautiful artisan fragrances inside, (where Fleming surreptitiously requested the now infamous No.89) but you’ll be in awe of the Dickensian and beautifully preserved interiors.

On hand to discuss the history of the brand was Head of marketing and E-Commerce Alex Oprey.

“This building dates back to the 1600s. Initially it was a barbers shop, then a perfumery in 1780. It’s a global business but a small team, the only bricks and mortar in the world. The business has been handed down through the generations.

The cabinets date back to 1851, we brought them as jewellery cabinets from the great exhibition. We over saw a refit two years ago.

Floor and ceilings, we wanted to make this space (the shops backroom where they house some of the archives) less cluttered. 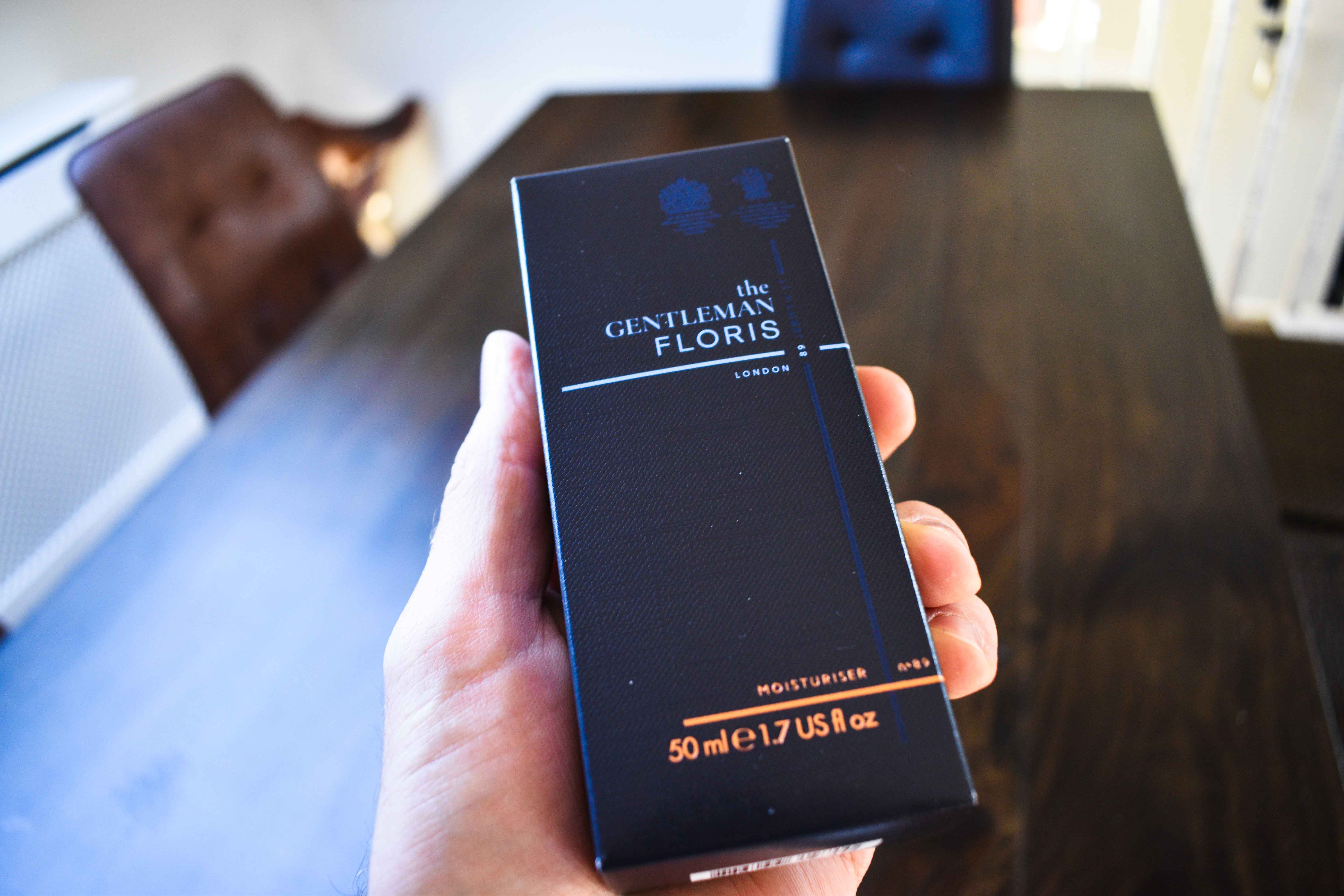 We have some famous customers. Of course Ian Fleming, but he doesn’t write about 89 in the books. The fragrance was released in 1951 but we have never actively promoted it.

People that care have found out. It’s in the domain now. We don’t discuss what the queen buys, people have taken good guesses, but we never verify that.” 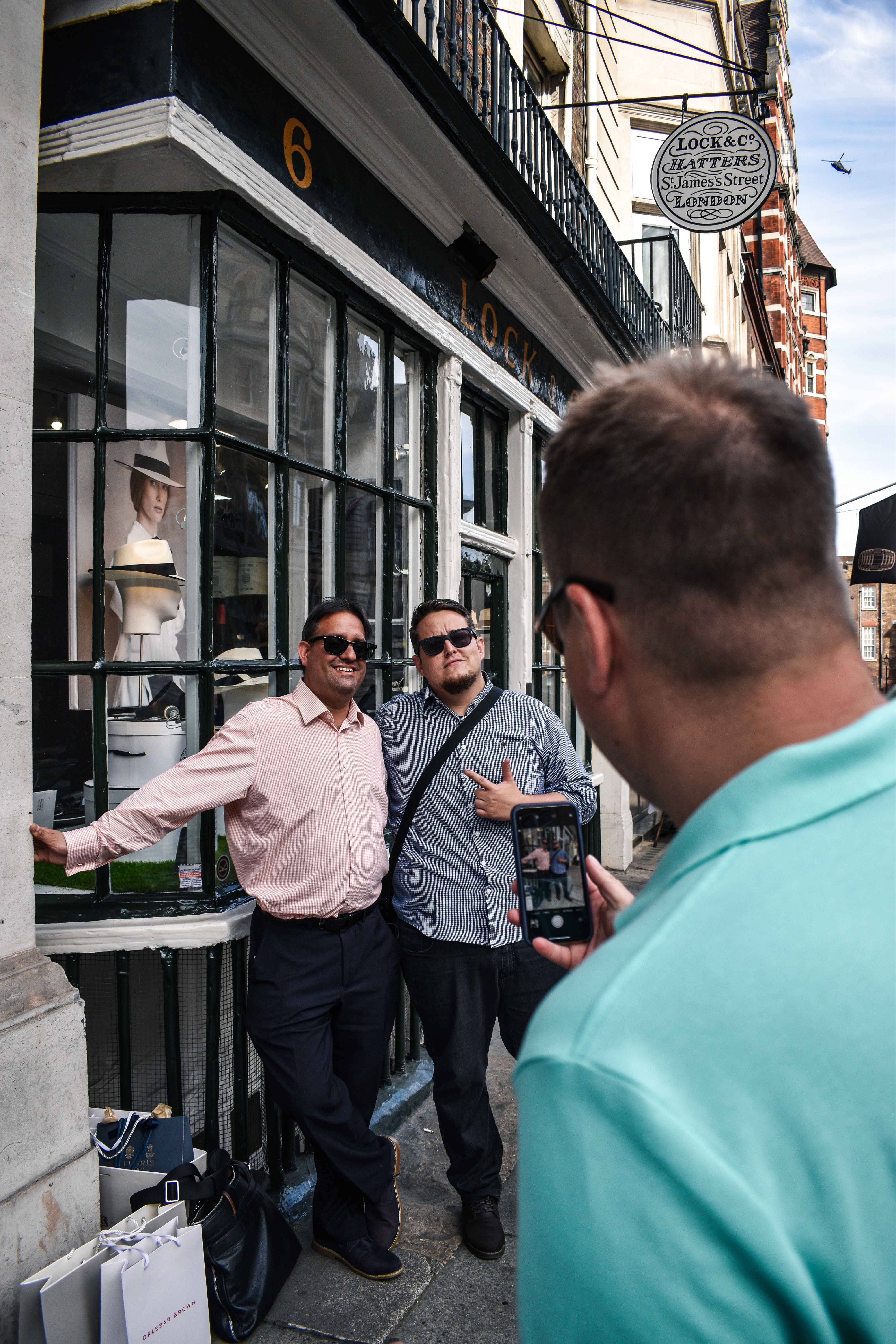 And finally to end the tour (unless you fancy some Vesper Martini’s in Dukes) the official Bond milliner, Lock & Co. At a canter, a five minute walk to James St.

This is one of the oldest shops in Britain. There is a Butchers in Devon that claims to be the oldest, but it’s quite possible that Lock & Co is the second eldest.

Who wants to be a Milliner

Upon entering you’ll notice it has all the charm of a Disney film set. No wall or floor is straight and the hats are kept in large circular trunks that adorn the floor-to-ceiling shelves.

Lock & Co are credited for the trilby that Connery first wears in Dr. No when he arrives in Jamaica. However, the company have made hats for a number of stars and luminaries.

Their client roster can be seen displayed on the wall with 1/6th ratio templates, framed. 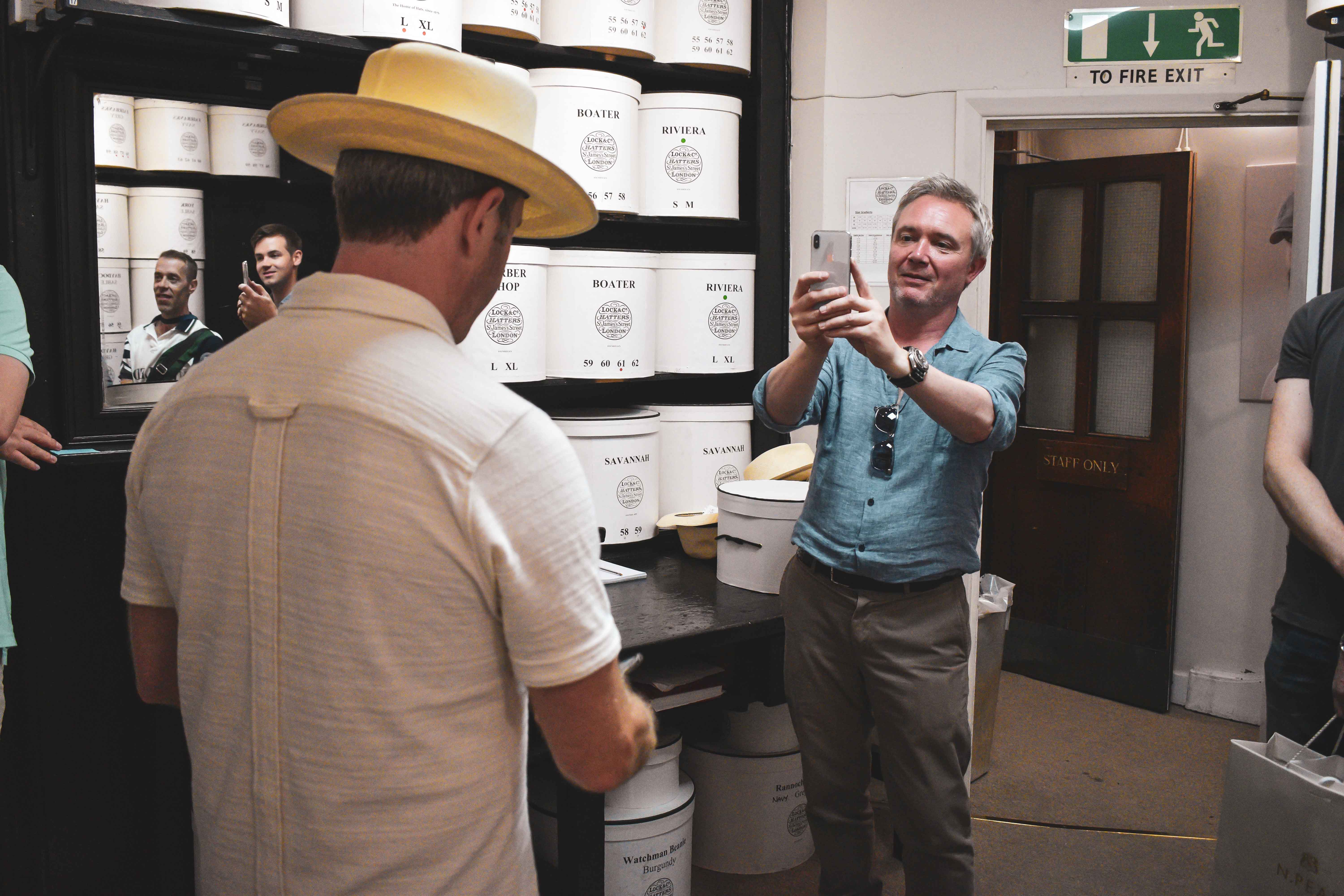 A special thanks to David Zaritsky from The Bond Experience for organising an amazing day out in London shopping the brands of James Bond. An additional thanks goes to Blair Ballard and co-author of Some Kind of Hero Ajay Chowdhury for being location guides.

For transparency I was gifted a cashmere hat from N.Peal, a signature tee from Orlebar Brown and a Gentlemen Moisturiser from Floris London. 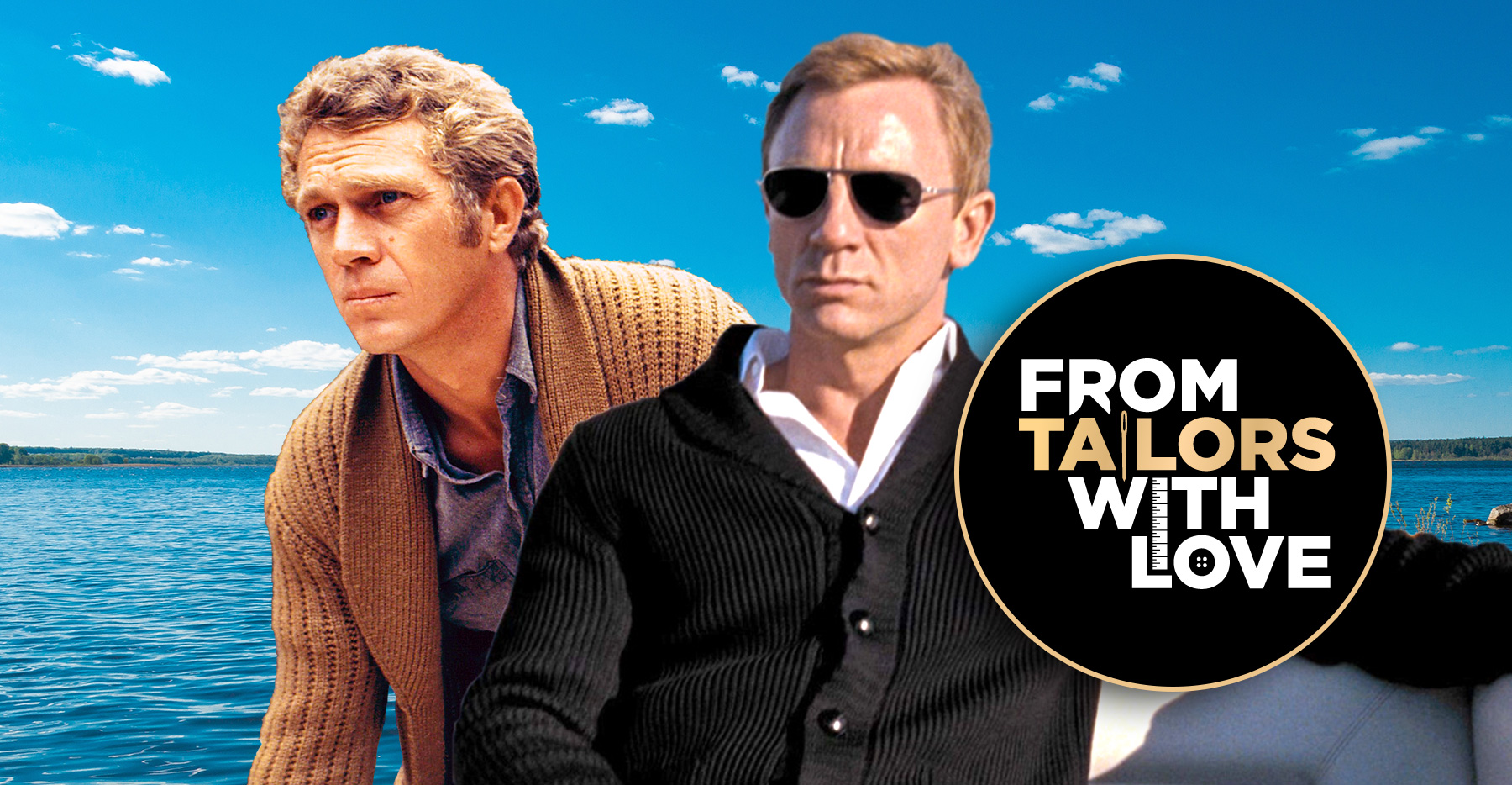 If you enjoyed this article on the Brands of James Bond then don’t forget to subscribe to the podcast From Tailors With Love; co-hosted by Matt Spaiser from The Suits of James Bond & myself.

We look at the styles of all the actors and give you the latest from all the brands involved, past and present.