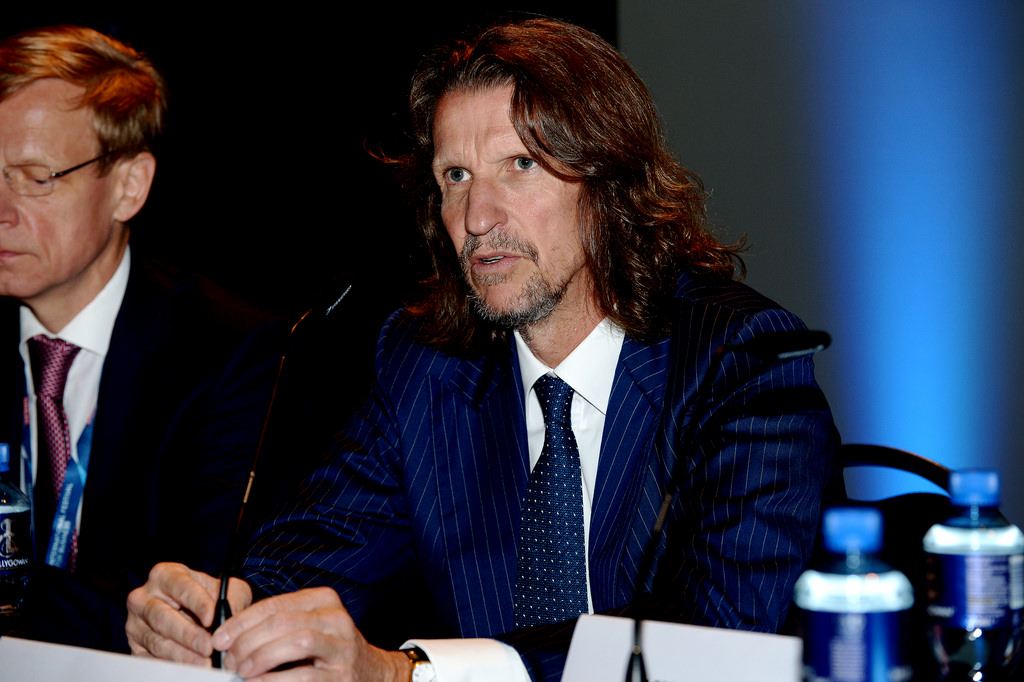 I had the pleasure of speaking to Pierre Lagrange, owner of the Huntsman, a tailor in Savile Row now synonymous with the Kingsman movies.

I managed to box him into a corner once the room had evenly dispersed and cut right through the crap cake and asked him:

Pierre! Have you ever been approached by EON to do the wardrobe for the James Bond Movies?

He said emphatically, “no!”

I was in Sotheby’s for the Huntsman online only Luxury lifestyle sale. It features an array of bespoke pieces from the private collection of Huntsman owner and financier, Pierre Lagrange.

But on my wishlist would be the Huntsman Bespoke Tangerine Smoking Jacket, worn by Taron Egerton in the movie ‘Kingsman: The Golden Circle‘. 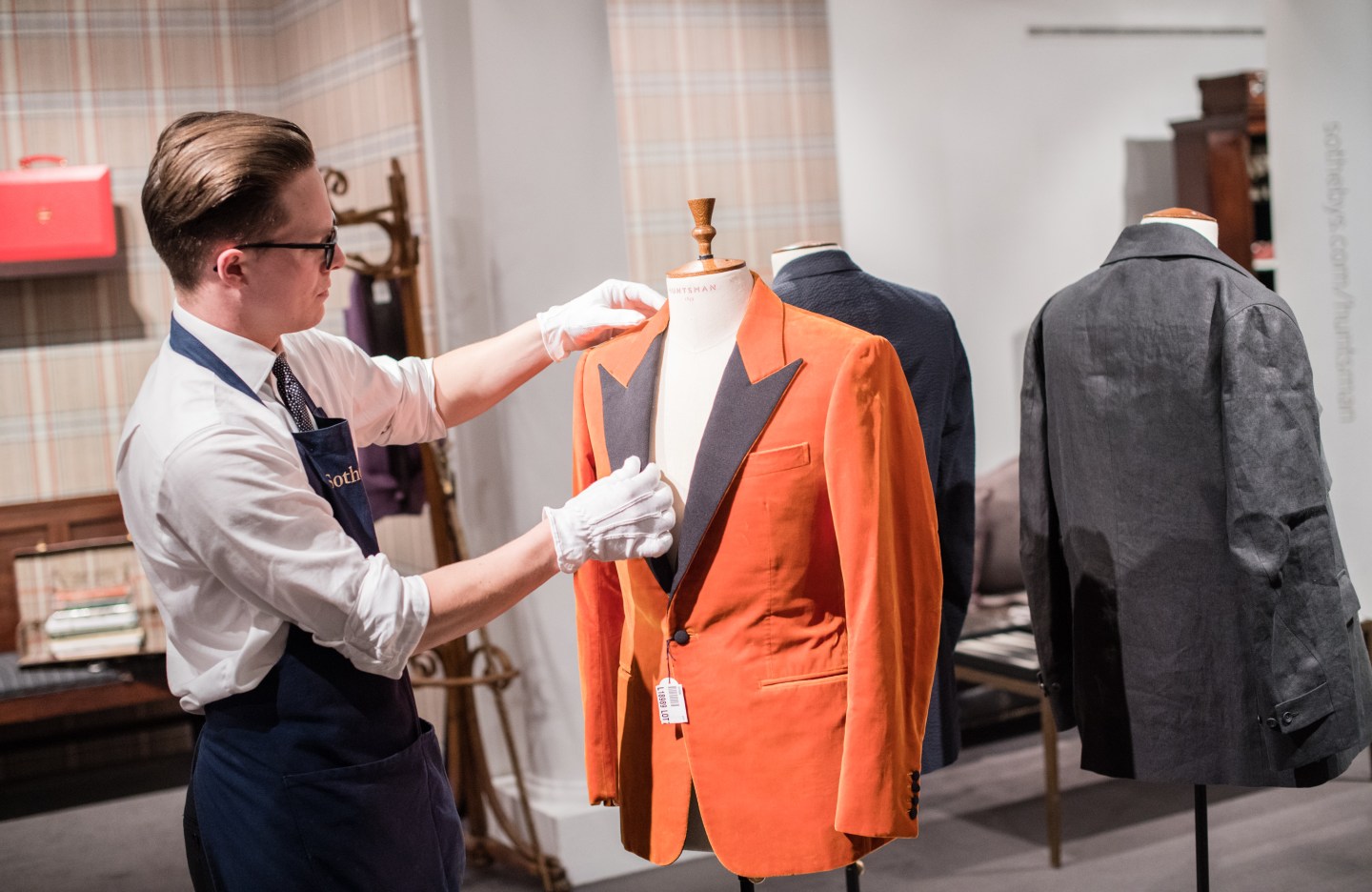 Although it’s not the original, anyone looking to bid for this jacket would have a bespoke version of this prototype tailored to their measurements by the head cutter Campbell Carey.

The Huntsman x Sotheby’s auction has already been and gone I’m afraid.

If you’d like to see some top picks from the auction then I’d recommend checking out the post by Carl Thompson. 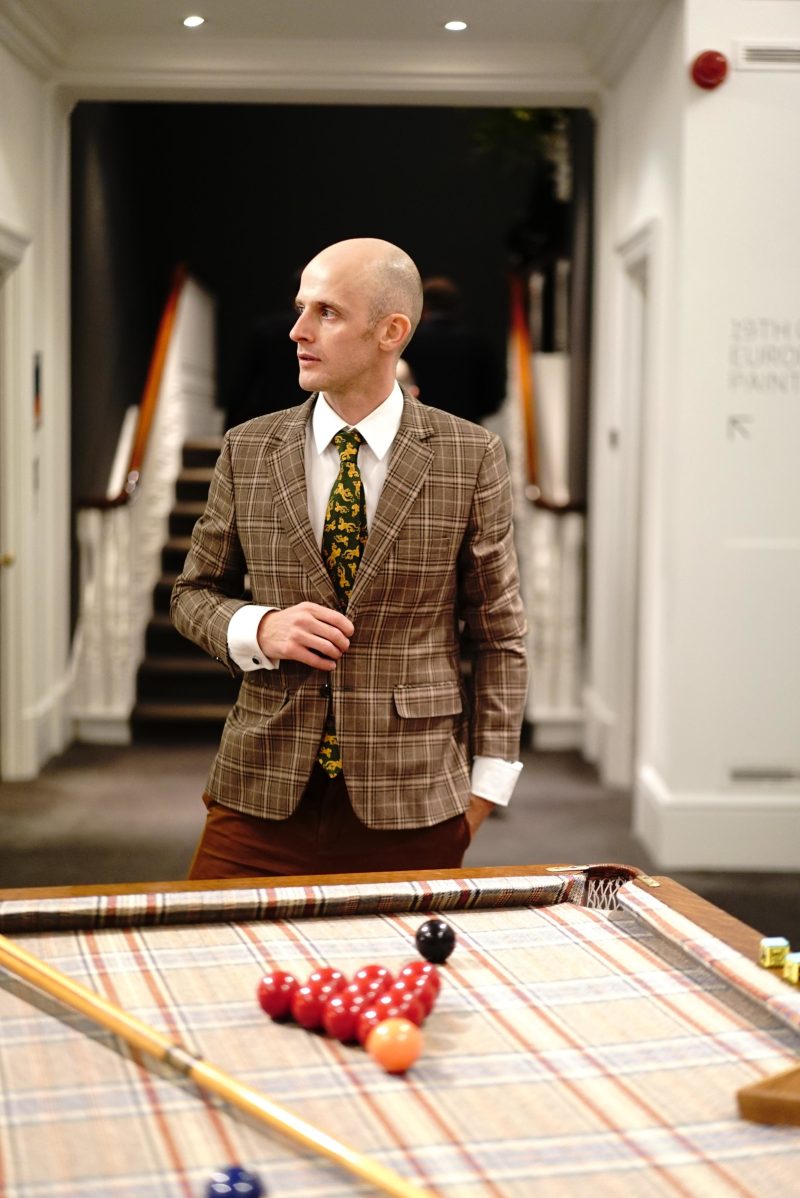 OK ENOUGH ABOUT THE AUCTION PEDRO, WHAT DID PIERRE SAY ABOUT JAMES BOND?

Like I said the chat was fleeting, and it’s not on record. The YouTube video I put at the bottom of this video doesn’t contain any of the conversation below.

But here’s how OUR conversation went.

WHAT DO YOU THINK OF HOW DANIEL CRAIG WEARS HIS SUITS?

I don’t like it. The suits are too skinny and tight on him. If you want to see James Bond at his best then look at what Brioni did with Pierce Brosnan. That’s a classic look.

IF YOU WERE APPROACHED WOULD YOU SAY YES?

Absolutely. But there’s no way I would pay to be in a movie (alluding to the reports that Turnbull and Asser were asked to pay sponsorship fee to be in the movie. When they declined Tom Ford took over the wardrobe in Quantum of Solace).

There is only one way it would work for us and that’s to offer the customer the same suits you see in the movie. I don’t know why they don’t do that.

NB – Tom Ford did have some pieces from the films Quantum of Solace and Spectre available through his store and Harrods back in 2016. However, Harrods have long since sold out and although the collection is still on the Tom Ford site, there is no option to buy.

Kingsman: The Secret Service with Campbell Carey from Huntsman