‘I wear all this Italian shit because underneath I still feel like the Bronx. I think I need these clothes and this watch.’ – Stu Shepard, Phone Booth. 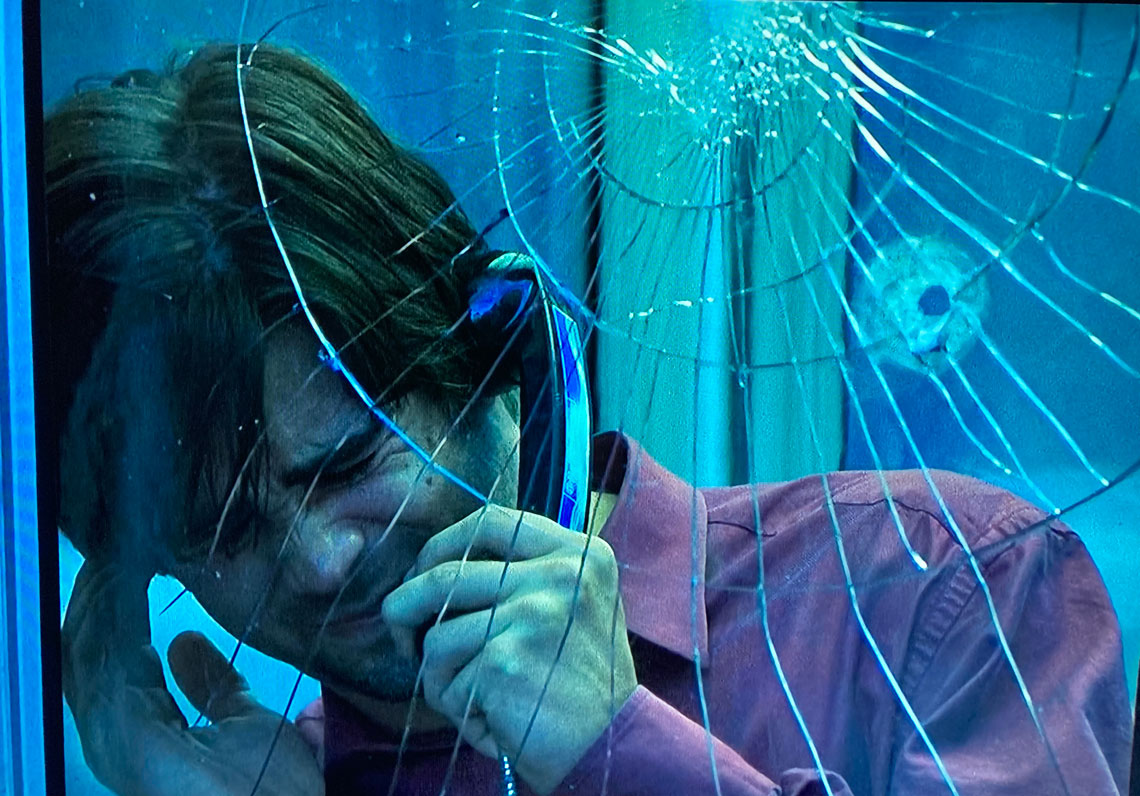 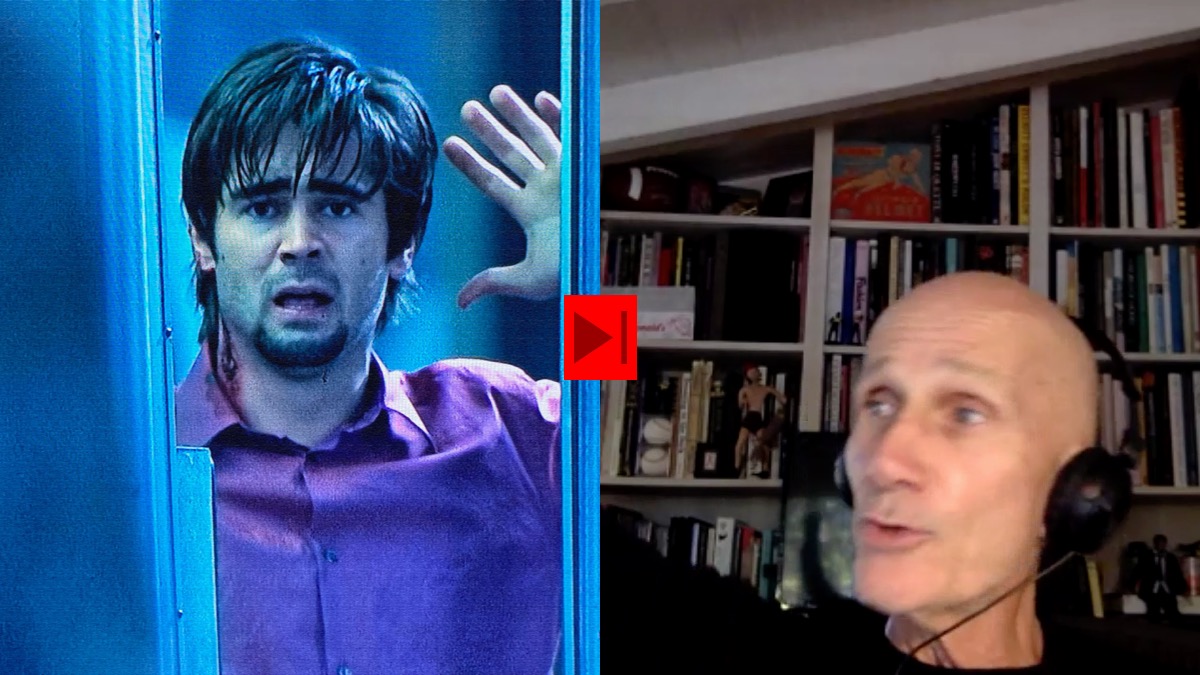 You’ll enjoy this film for what it is, a breezy high-concept movie that doesn’t outstay its welcome. Farrell is convincing enough and his speech at the end about being a charlatan and not doing anything for others unless they do something for him first, could resonate with quite a few of us I’d say. Although I would have taken the pizza. He was exceptionally mean to the pizza guy. 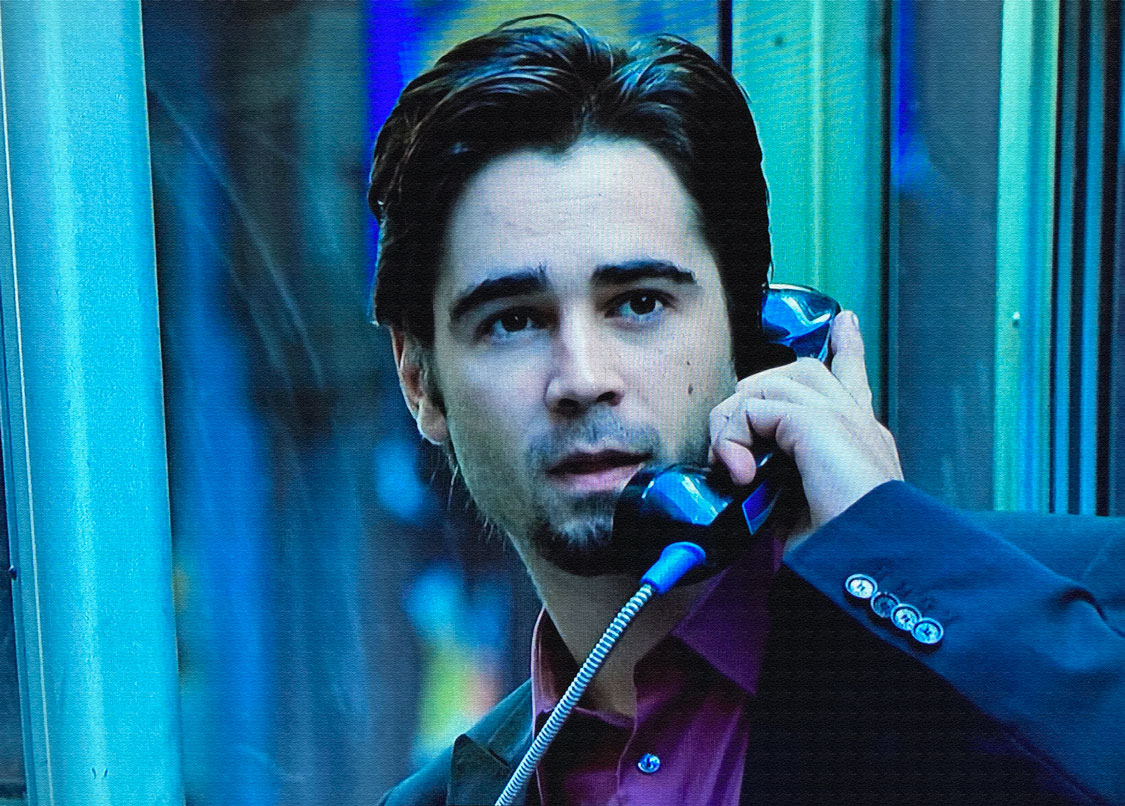 Joel (Schumacher) said he wanted him to have this lavender shirt, but then we found this Dolce & Gabbana iridescent cherry shirt. And when Joel saw that he said ‘absolutely’.

Here’s the thing, the prototype that we made that we fit on Colin, Dolce was making the rest of them for us – they never arrived until the last day of shooting. So we had one suit and two shirts for the whole shooting, and he gets shot twice! Thank god we shot in order because we could not go back. 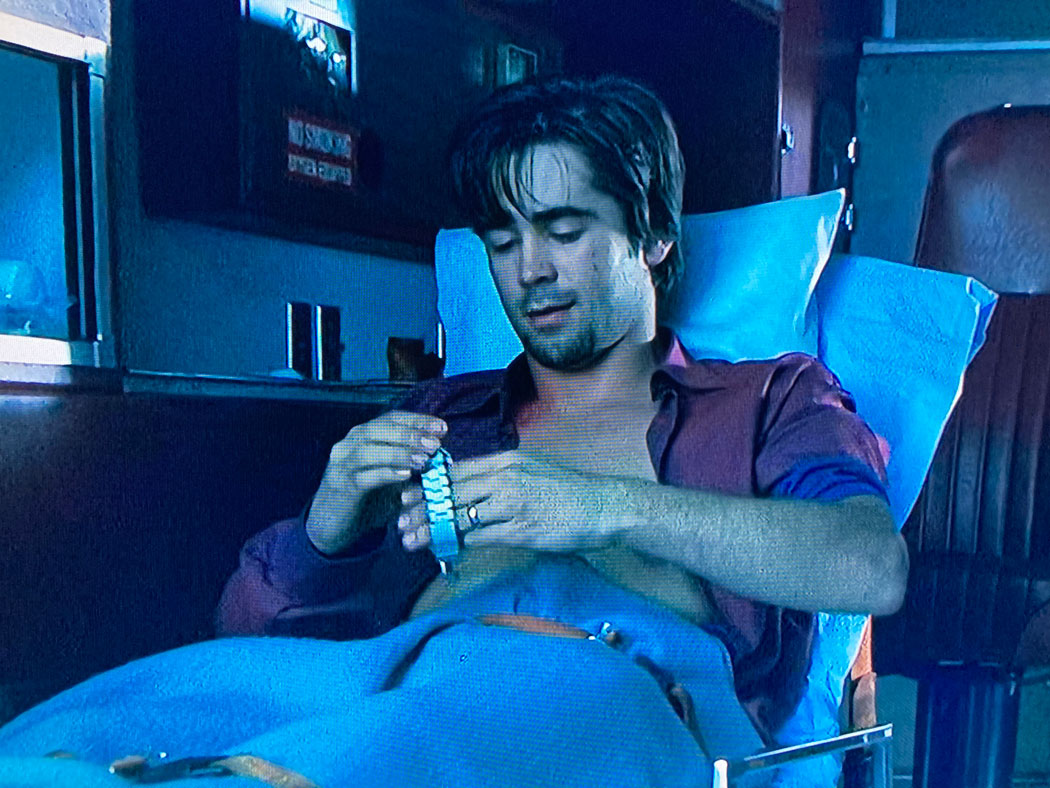 Joel (Schumacher) was very visual. He had a big hand in selecting the watch. Big wrist smothering flashy watch. Because a publicist is all about fake anyway, making a story where’s none. 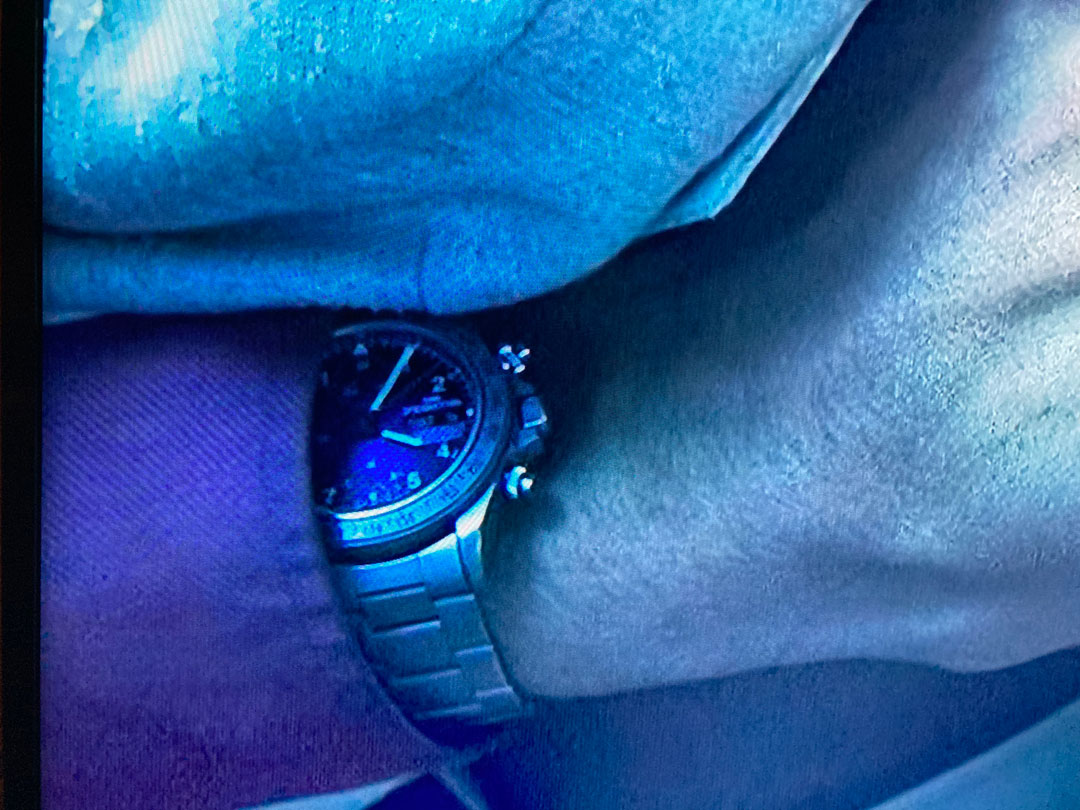 Where is that suit that Colin Farrell wears in Phone Booth now?

It was Fox so they own it, they own the clothes. But the suits that arrived on the last day, the publicist from Dolce said ‘you know you’re the same size as Colin why don’t you keep one. So I kept one for myself, which I still have in the garage. 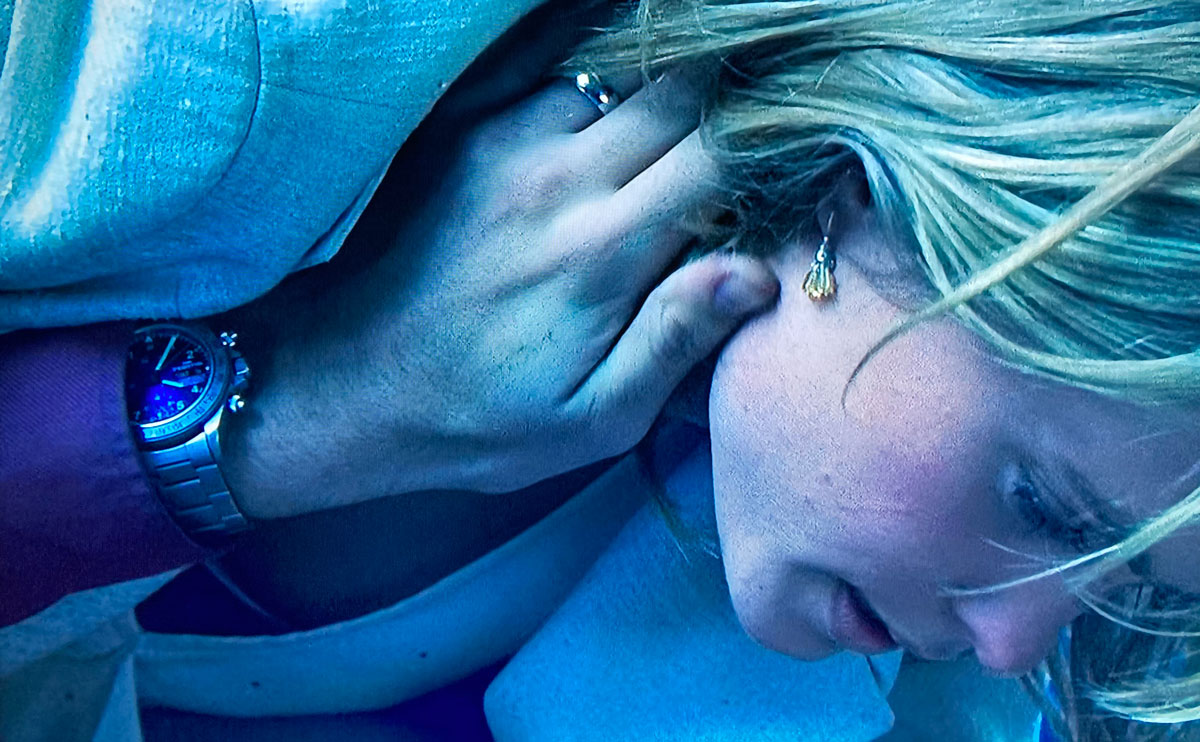 The full interview with Daniel Orlandi is available to listen in the player below or on iTunes, Stitcher or Spotify. Don’t forget to leave a review on your smart phone there.

I have added a pencil sketch of Colin Farrell in Phone Booth to the RedBubble page. You can buy this as a mug, postcard or even as a sticker to put in an actual phone booth. Yes, that’s the rub! Although I don’t condone fly-posting. Just to be clear. 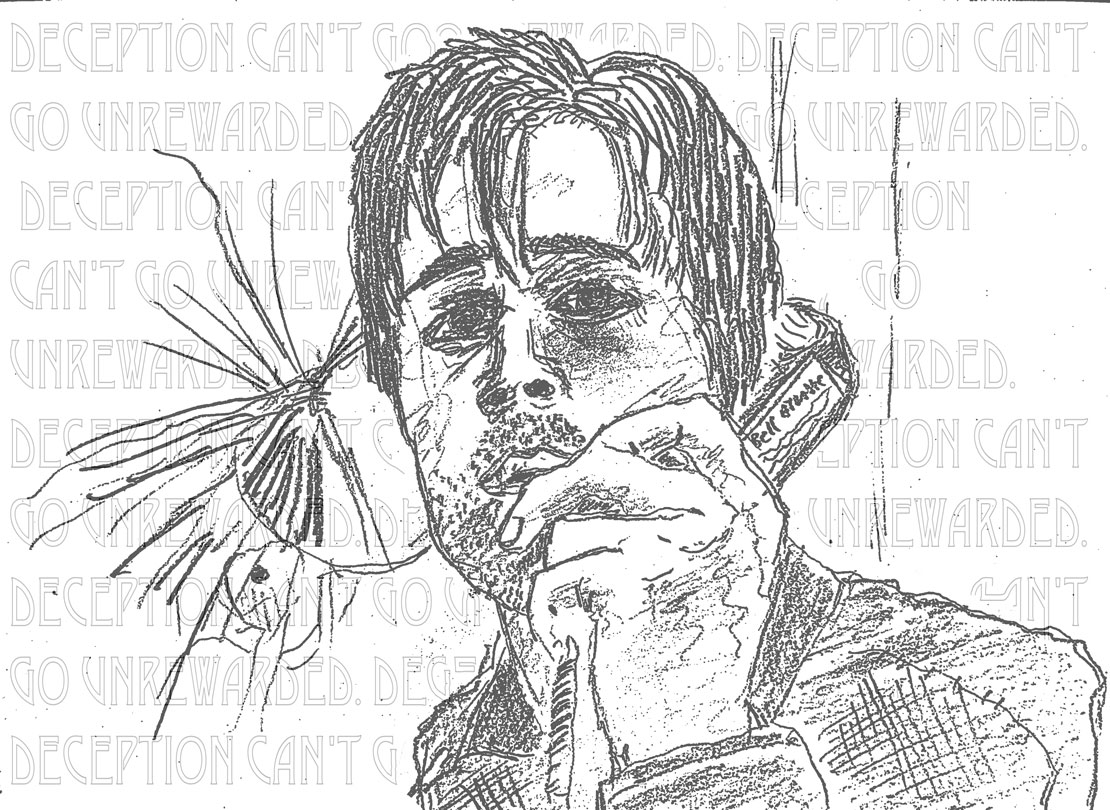 Phone Booth is available to buy on Blu Ray. I searched for decent reading on Joel Schumacher, Kiefer Sutherland and Colin Farrell and sadly found nothing that I could recommend. Some biographies, but nothing I would buy personally. Instead I will put this down next on my reading list; Iconic: The Masters of Italian Fashion by Megan Hess. Seeing as the Dolce & Gabbana shirt was so heavily featured.