This is the most harrowing episode of the series thus far. As Jack Crawford walks a groggy sleep deprived Will into a motel room and assures him that he has ‘just the thing to wake him up’. This is more of a message to the audience than it is to Will. And when Will straightens with a reply, after seeing the splayed bodies, ‘I’m awake’, we the audience are speaking vicariously through him. 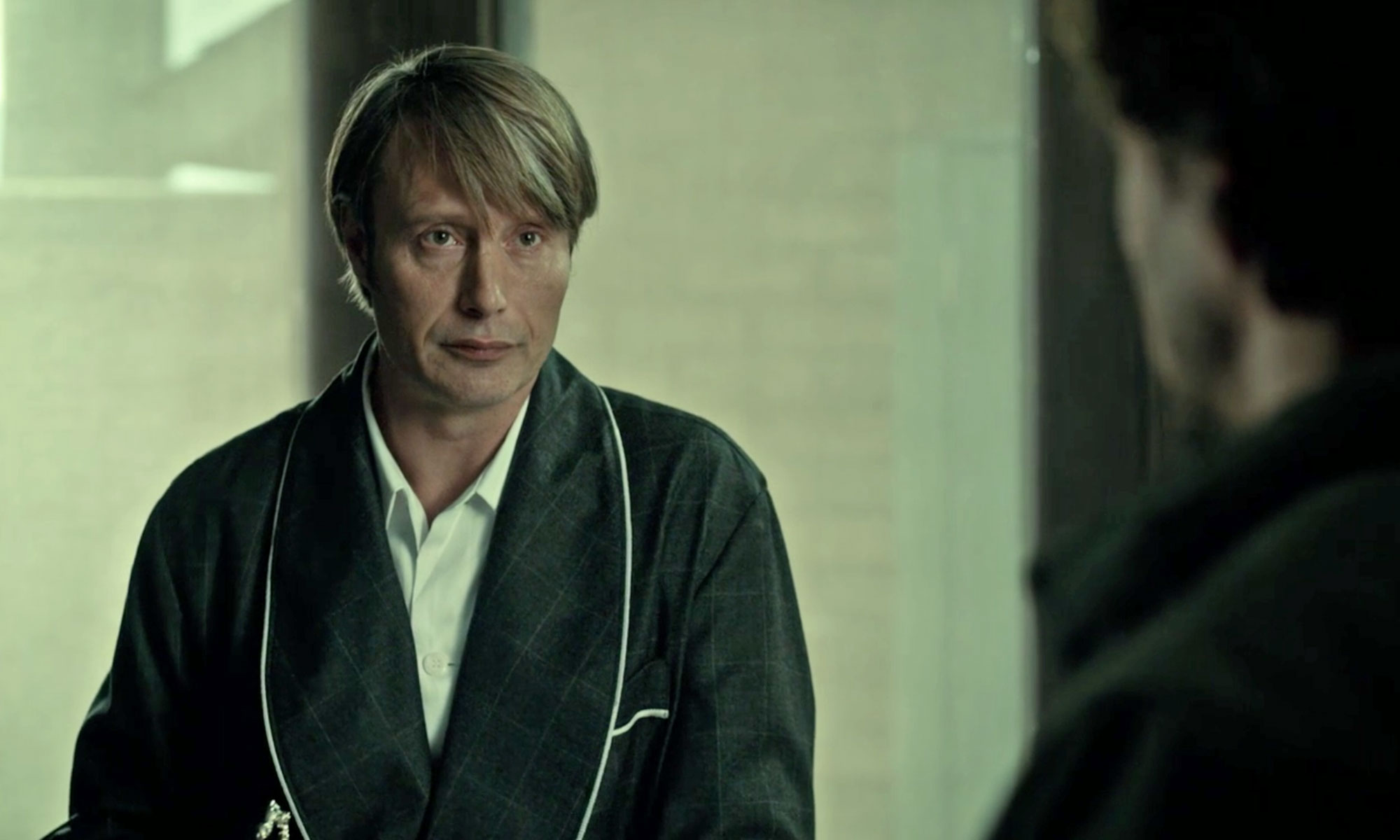 It’s a difficult scene to digest, (pun intended) indeed I had to forewarn Anastasia not to come upstairs during several moments of this episode.

But let’s pull our focus away from the gory mutilation and concentrate on what really matters here. This beautiful shawl dressing gown that Hannibal is wearing with his kitchen meeting with Will. There is a subtext in Dr Lecter’s dialogue to Will as he apologises for the unsociable hour, ‘Never apologize for coming to me. Office hours are for patients. My kitchen is always open to friends.’ Does Hannibal mean he cooks his friends exclusively in his kitchen?

The dark charcoal shawl dressing gown by Holt Renfrew, has a very deep belly. It stands out with it’s white piping around the lapels, cuffs and pockets. There is a light windowpane check that is hardly there, and Hannibal has his hair flopped forwards informing the audience of the hour. He is also wearing a white shirt beneath the robe. We have yet to see Hannibal wear an outfit that does not have a collar of some kind. Incidentally this robe sold at auction for $1,900. 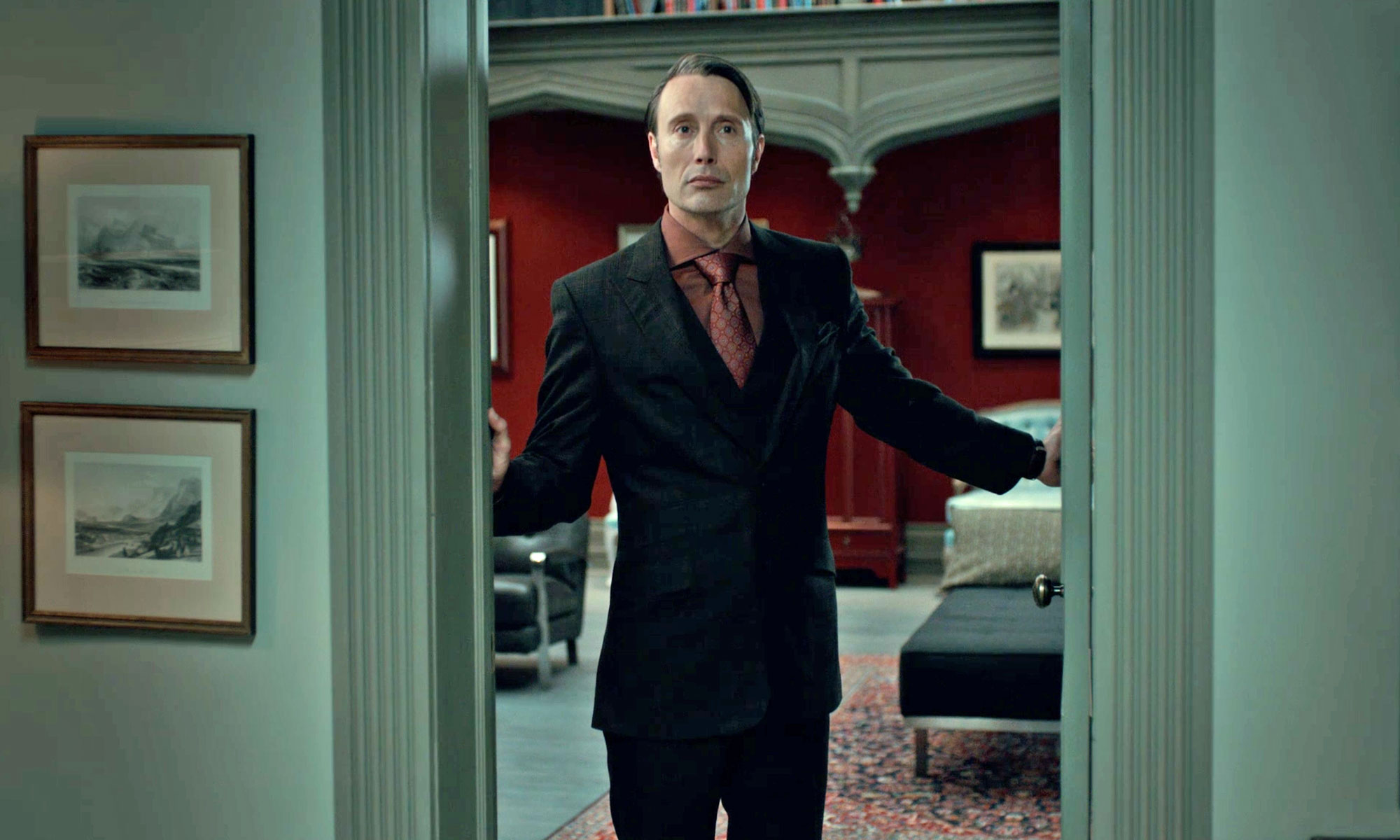 During various office scenes we see Hannibal with Jack Crawford’s wife Phyllis, or Bella. This particular look might be my favourite look so far. Although it’s understated in terms of suit colour, (a dark grey and black check with red shadow check) it’s projected by the red shirt beneath and a pink and blue geometric medallion tie, tied in his usual double windsor knot.  It’s possibly the most fashionable look we’ve seen him wear to the office since the light blue suit in the pilot episode.

The scene is also lit to perfection (photos are enhanced to see more details on the clothes). Hannibal is half lit, enabling the reds to shine beneath his face. He is motionless, watchable and inscrutable throughout the scene. Outside of the clothes there are some nice references to the films that you can find on IMDB. 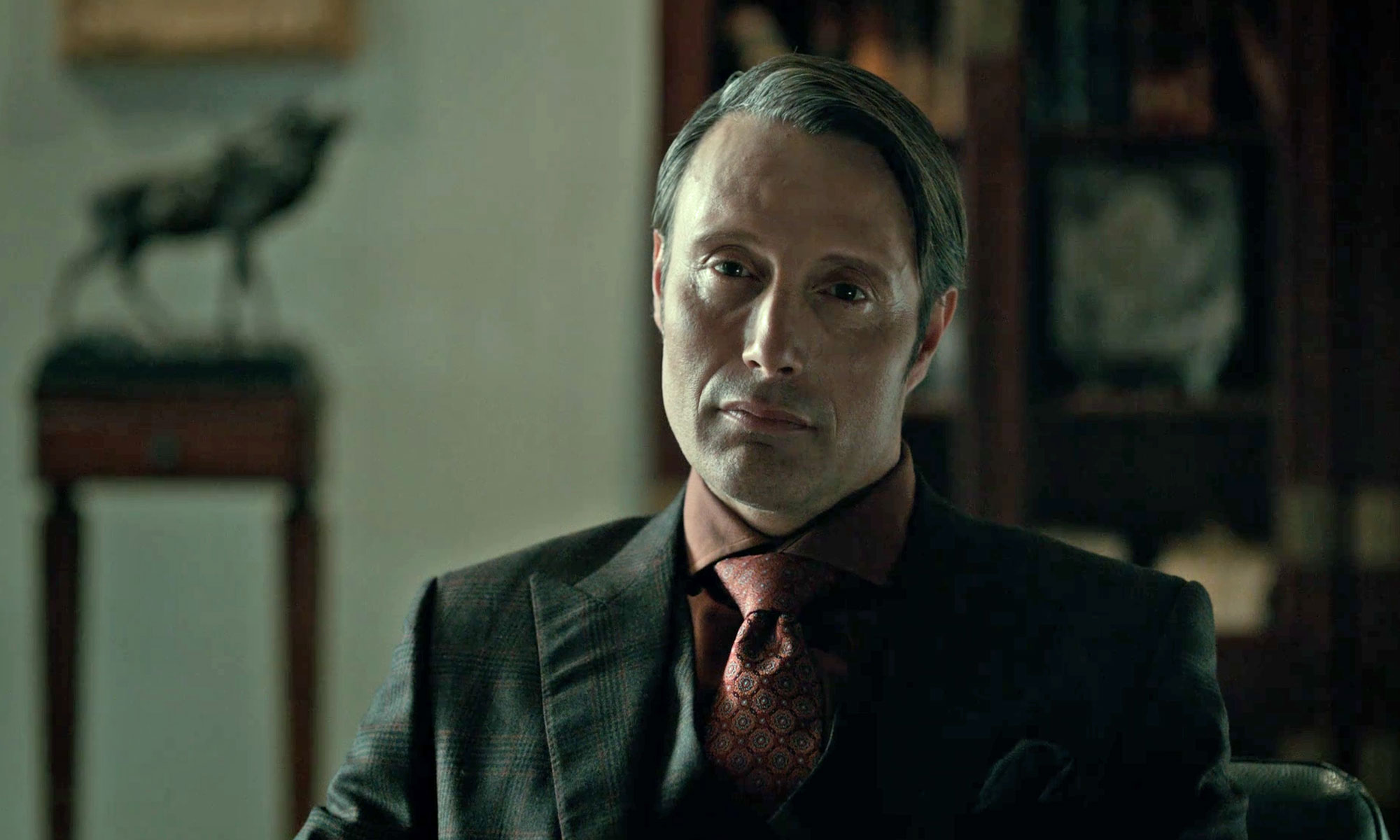