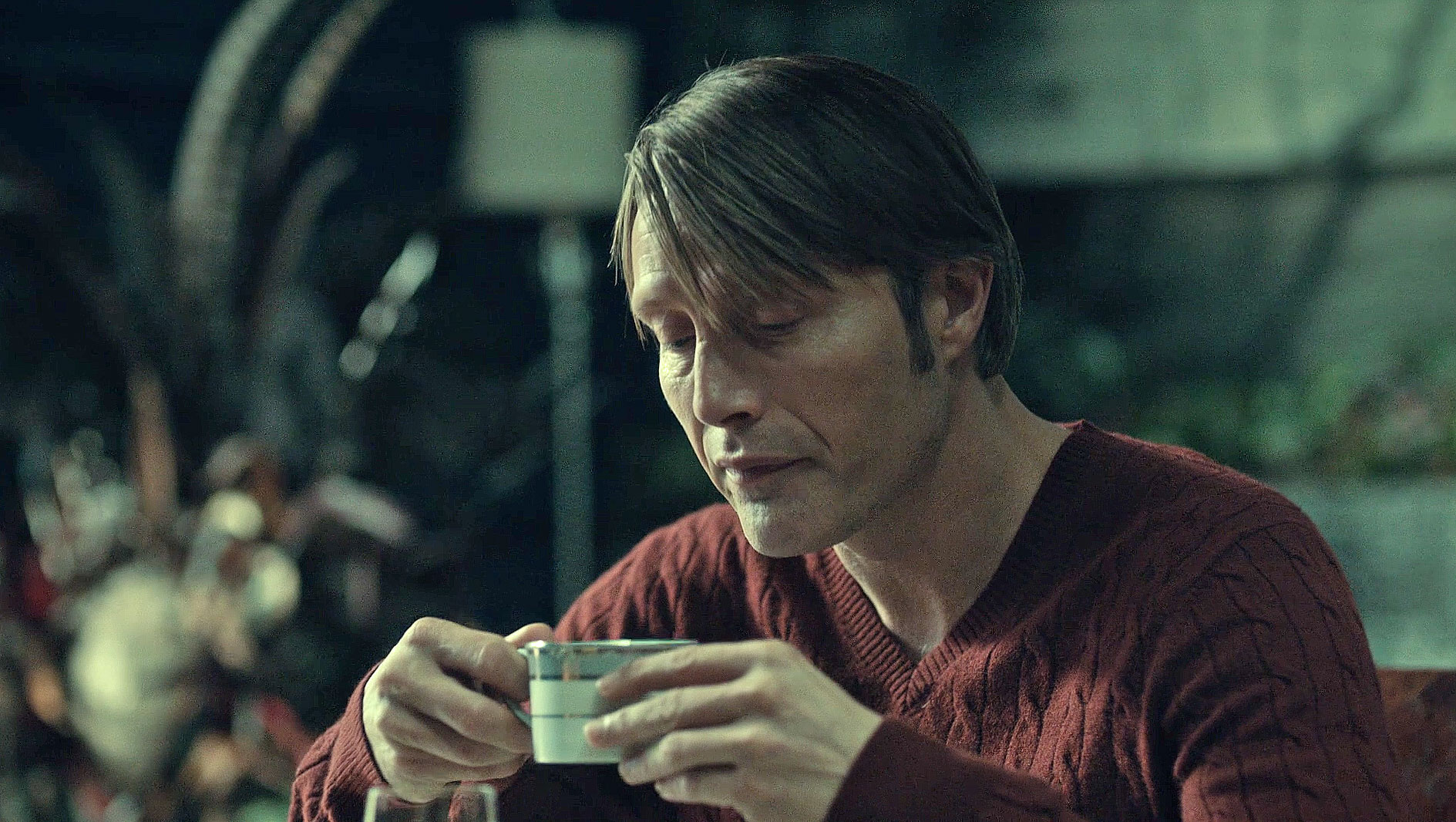 For a casual breakfast with Jack, Hannibal has elected to wear a maroon V Neck Cable knit sweater and slacks. It’s a sombre breakfast as Jack is coming to terms with Bella’s suicide attempt. There is some candour in this scene as Hannibal is consoling Jack. Whilst he down plays his abilities as a therapist, Jack reflects on his friendship with Hannibal with, 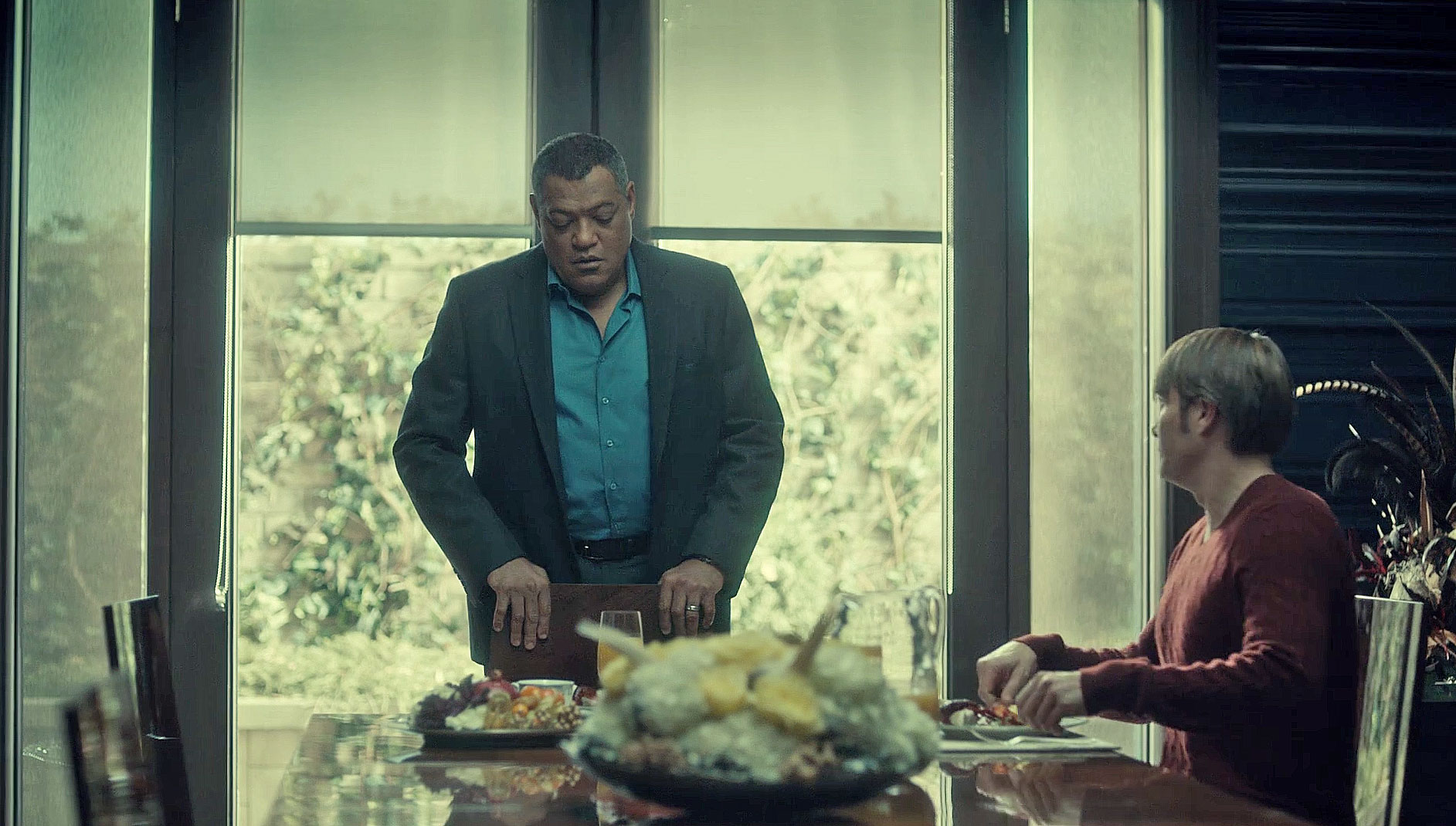 It’s also a mark of their friendship that Hannibal can relax in casuals for this meal. The tactile nature of knit sweaters is intended to make someone more affable, welcoming. Hannibal genuinely appreciates and respects his friendship with Jack, and by wearing this cable knit, he is recognising that their friendship has a nice shorthand. Very few people get to see Hannibal in anything other than his immaculate 3-piece suits. 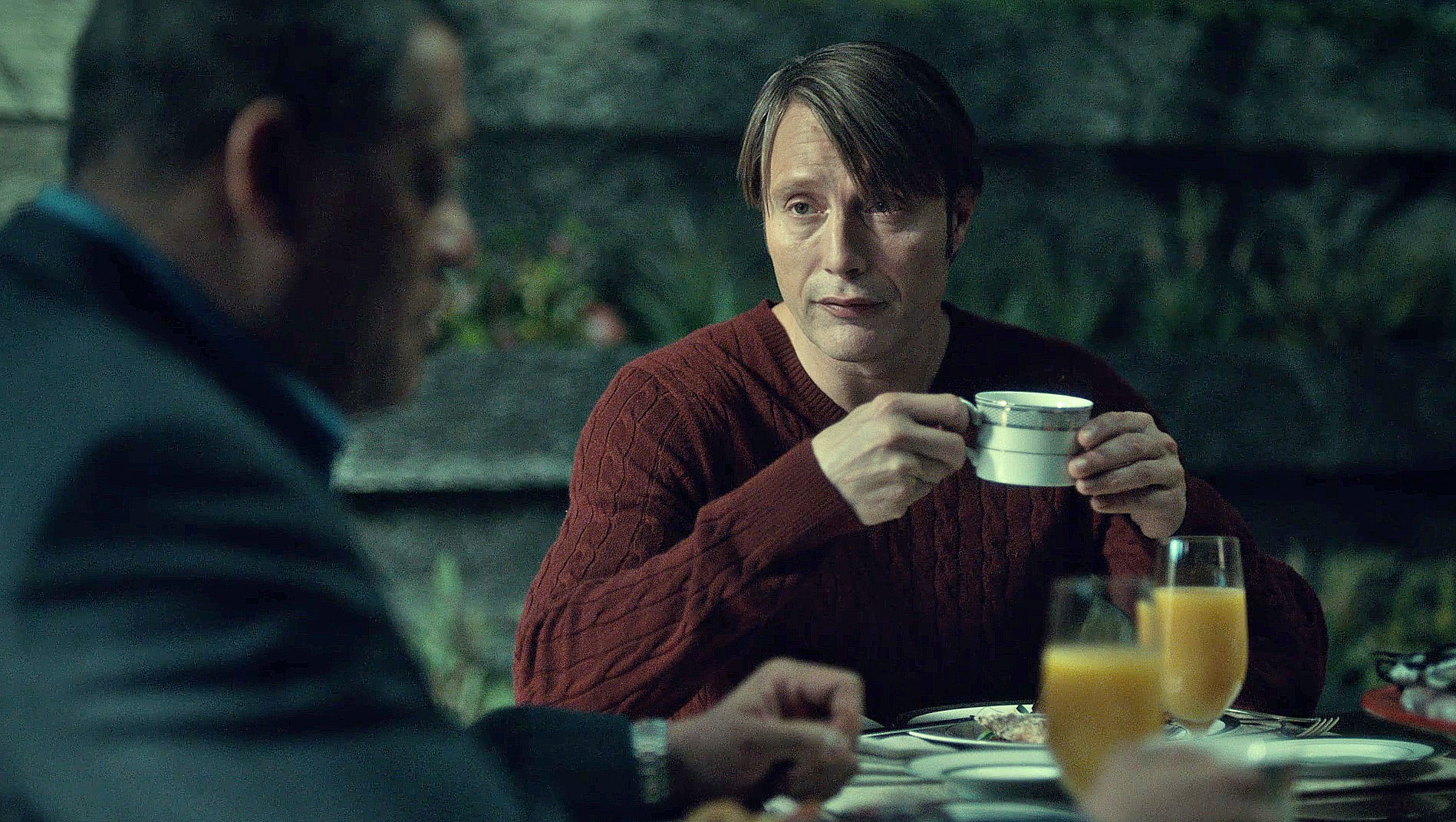 Thanks to the Prop Store auction we know this Cable Knit Sweater was a Holt Renfrew sweater, and the colour is described as Maroon. The Holt Renfrew website is currently down so I will revisit this article in time to see if they still stock this item. Holt, Renfrew & Co., Limited is a Canadian luxury department store chain. With the production being filmed in Toronto it makes sense for the casual clothes to be sourced locally. Hannibals slacks are also Holt Renfrew. Although we don’t get to see them in the scene, Hannibal is wearing,

Versace loafer-style shoes (size 43) are made of blue suede and feature a metal decorative bar crossing over the top. 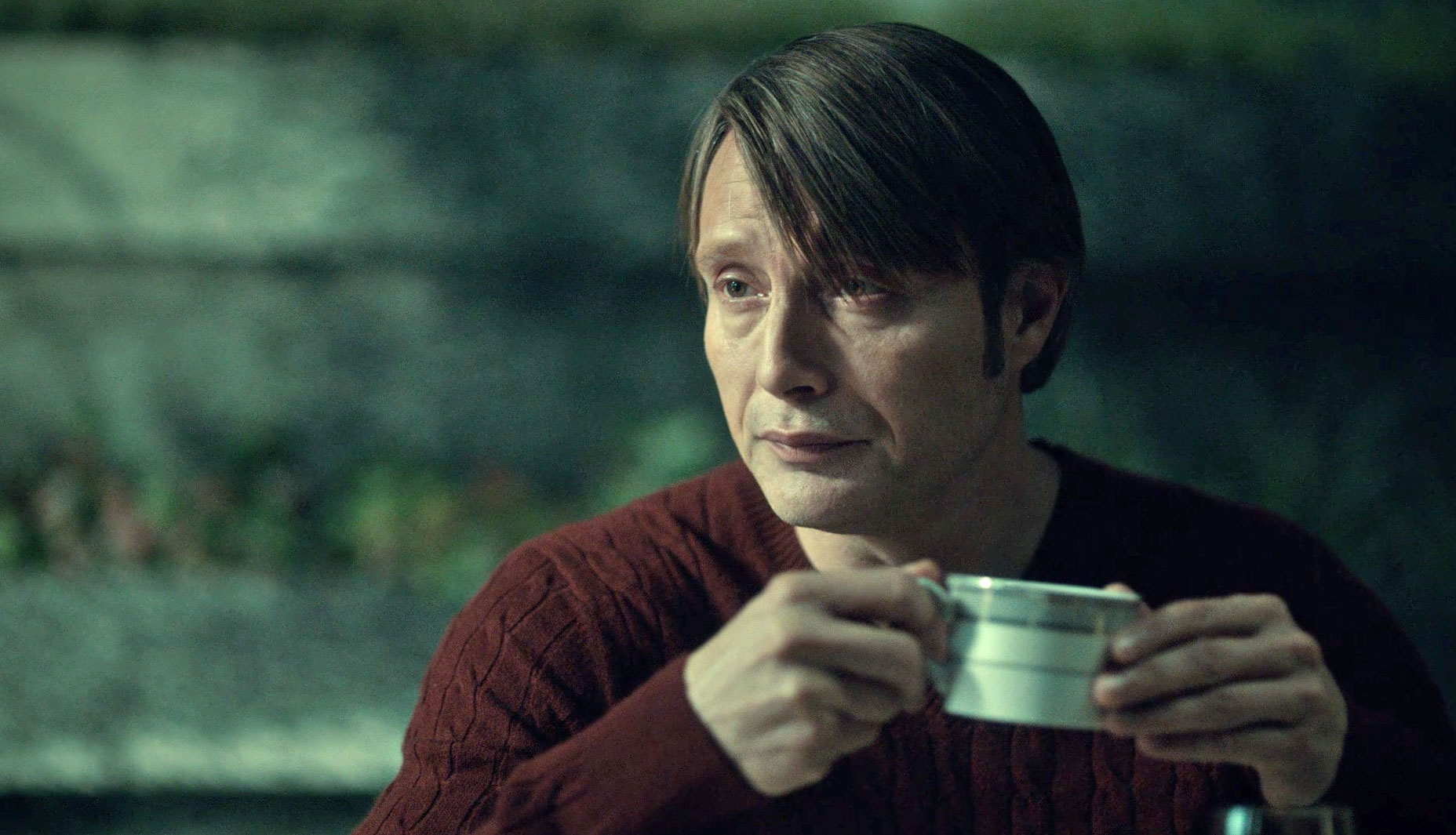 Typically I’m not a fan of V-Neck sweaters. The worst of any kind being the one Michael Douglas wore to the club in Basic Instinct. However, Michael Douglas was wearing that in a setting that would require a bit more sartorial fore-thought than a simple V-Neck. Here Hannibal is simply having a casual breakfast, and this sweater actually gives him some trace of compassion and humanity.

I do own some Cashmere garments from N.Peal which I have reviewed in several blogs. Whilst their cable knits do not have V-Necks, they do have 70% Cashmere 30% silk V-Necks in terracotta red amongst other colours.