An interesting episode this that will probably be best remembered for the final fight sequence between Hannibal and fellow psychopath Tobias. Before that crescendo Hannibal entertains Tobias at his home for dinner. 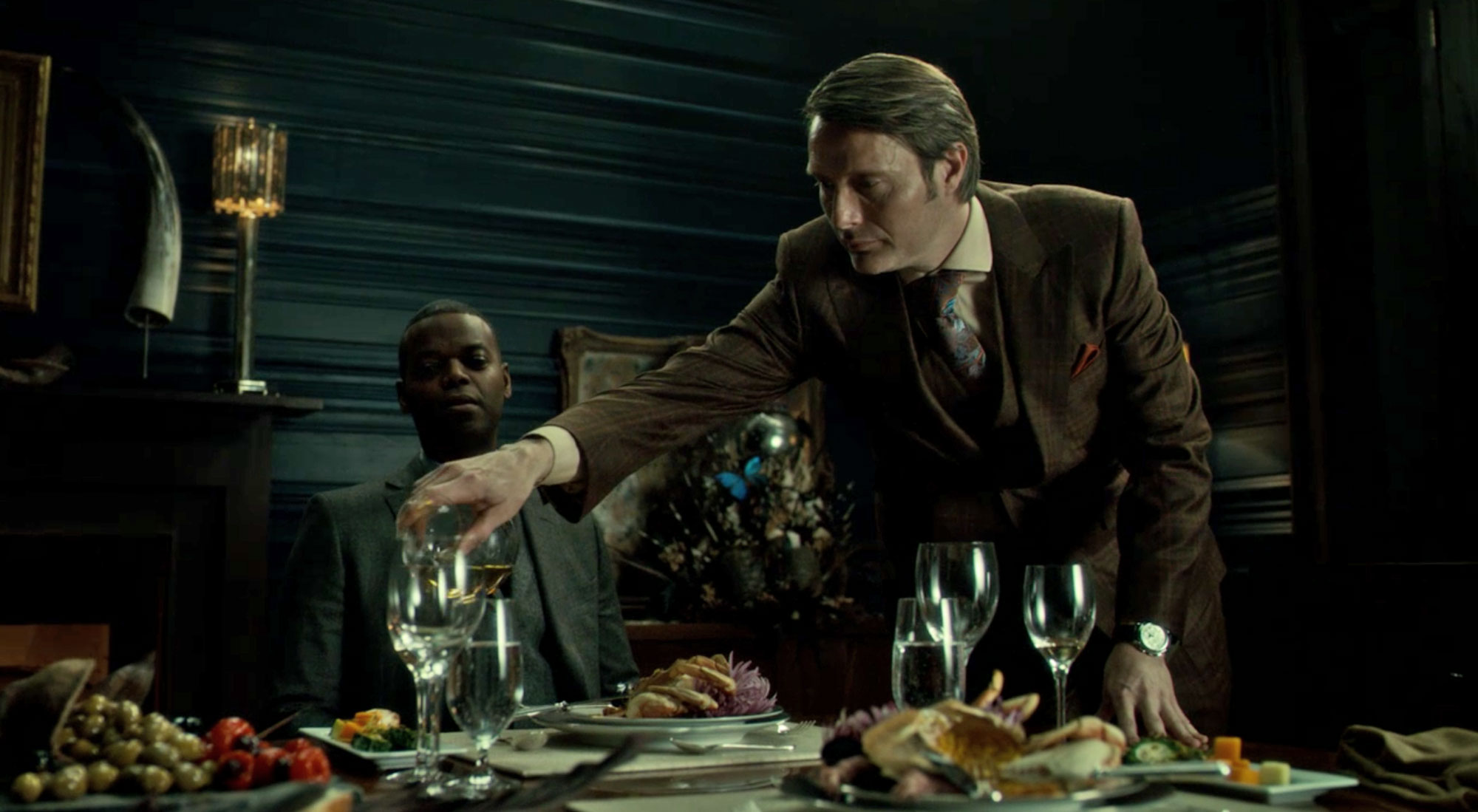 Hannibal has dressed in a Brown & Green Suit with peak lapels and burnt orange over check. He has toned down any temptation for flamboyance by only opting for the singular point on his red silk pocket square that pokes suggestively through his barchetta breast pocket. The browns and orange hues can also be found in his silk paisley tie along with some steel blue, same colour as Mads Mikkelsen’s eyes.

It’s worth noting here, I haven’t seen Hannibal adopt any cufflinks, and his watch has been the same throughout. I’ve not done any further digging at this stage. Any ideas on this please DM me on my Instagram. 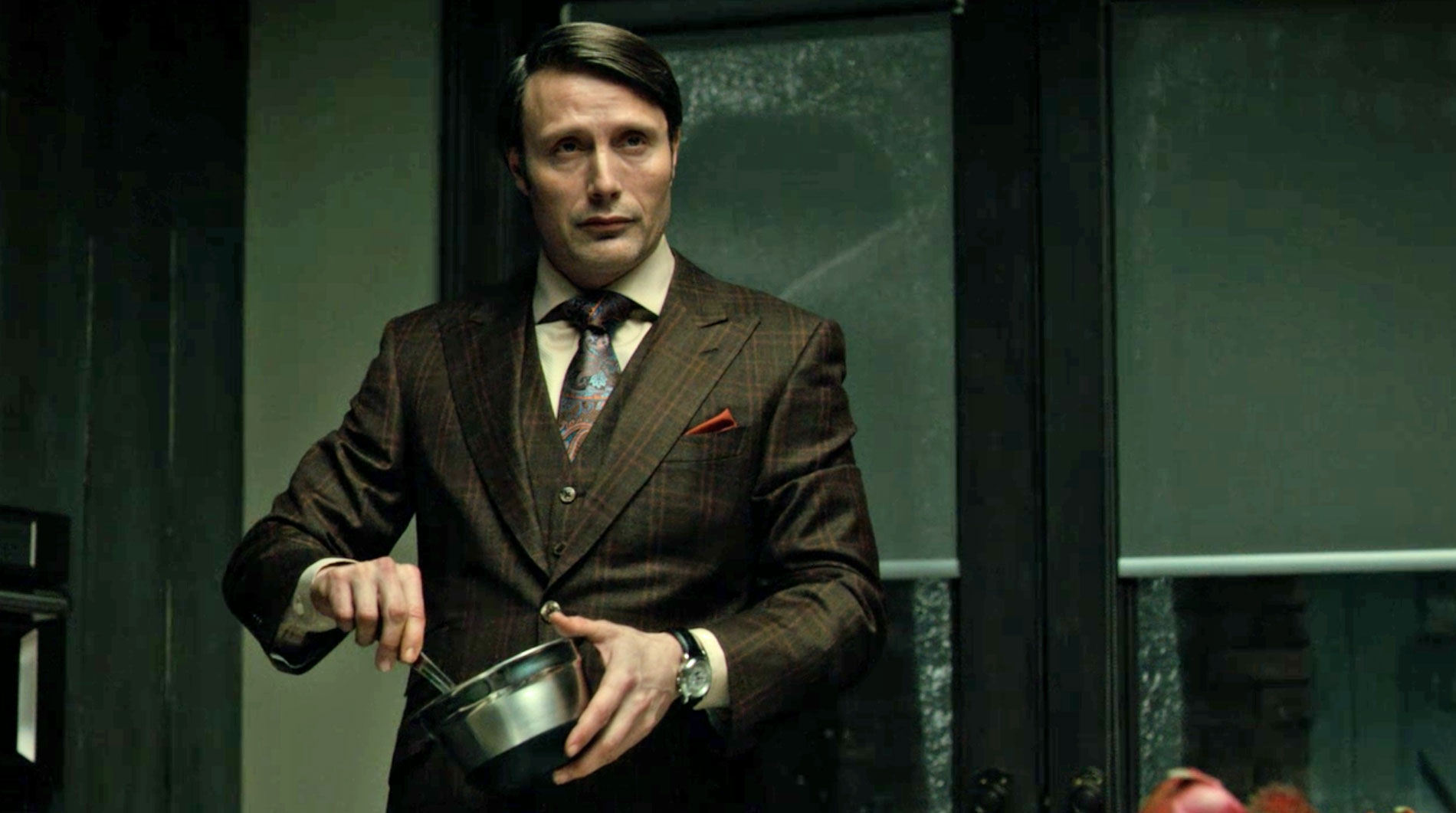 To contrast the style of Hannibal we have Tobias on the other end played by Demore Barnes wearing a 3-piece grey fleck flannel suit. His brown and gold diamond tie pair with his skin tone. He has chosen a button down collar that looks to be closer than a typical semi-spread collar.

Tobias doesn’t have the angular features on his head that Hannibal has. His chin and face are more rounded so having some points on his collar is a good balance. Overall Tobias has dressed elegantly, but much like a mature musician teacher as opposed to a young musician or a string gut manufacturer would. It’s conservative, and would be a little flat looking had it not been for the material. 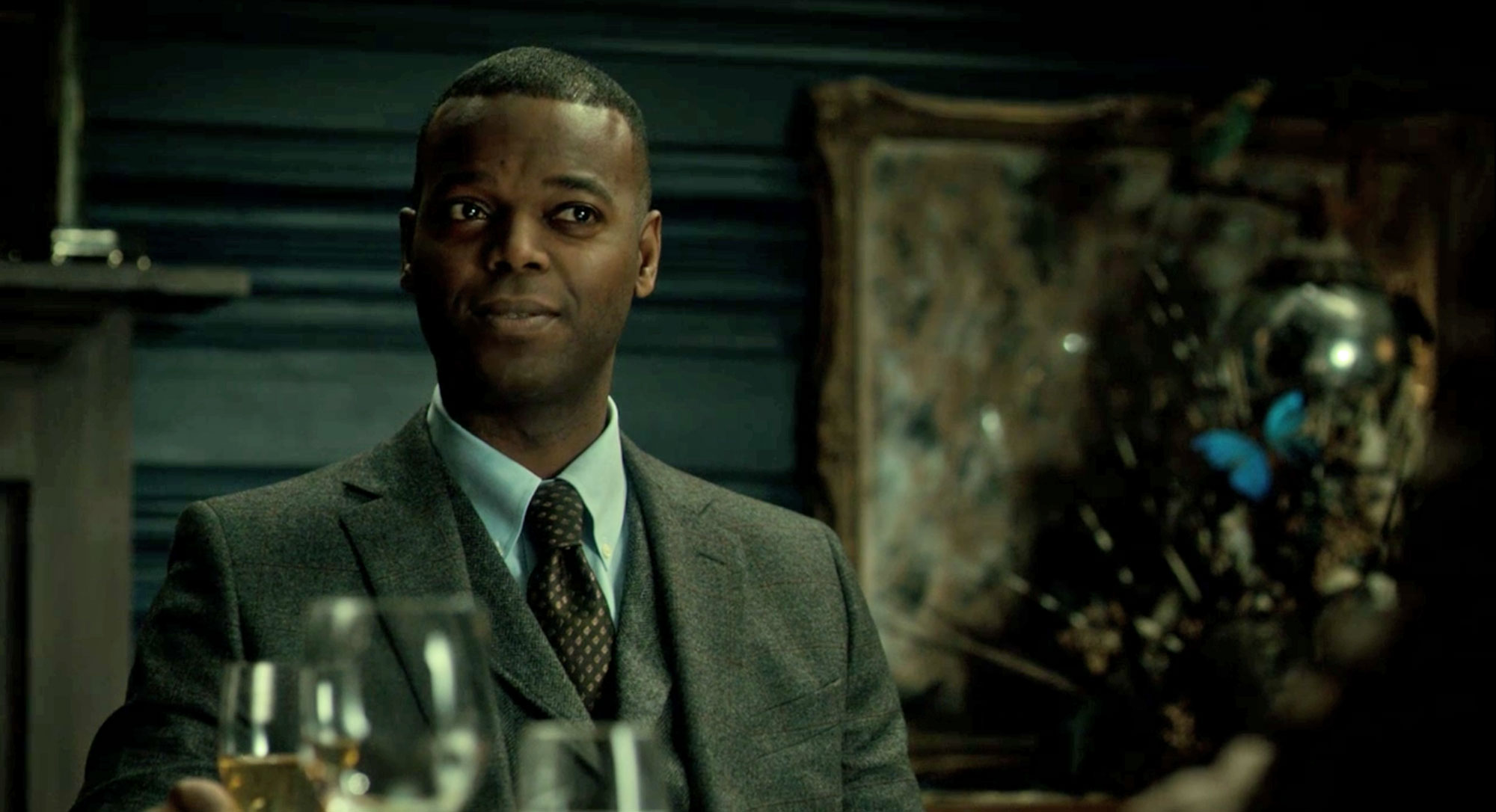 This episode also sees the end to the Franklin character. Arguably killed in the crossfire between Hannibal and Tobias. Before his swift dispatch, we saw Franklin try to emulate the style of Hannibal who he was clearly in awe of. He’s done this very well, albeit in a more smart casual way as opposed to the 3-piece formality of Hannibal. 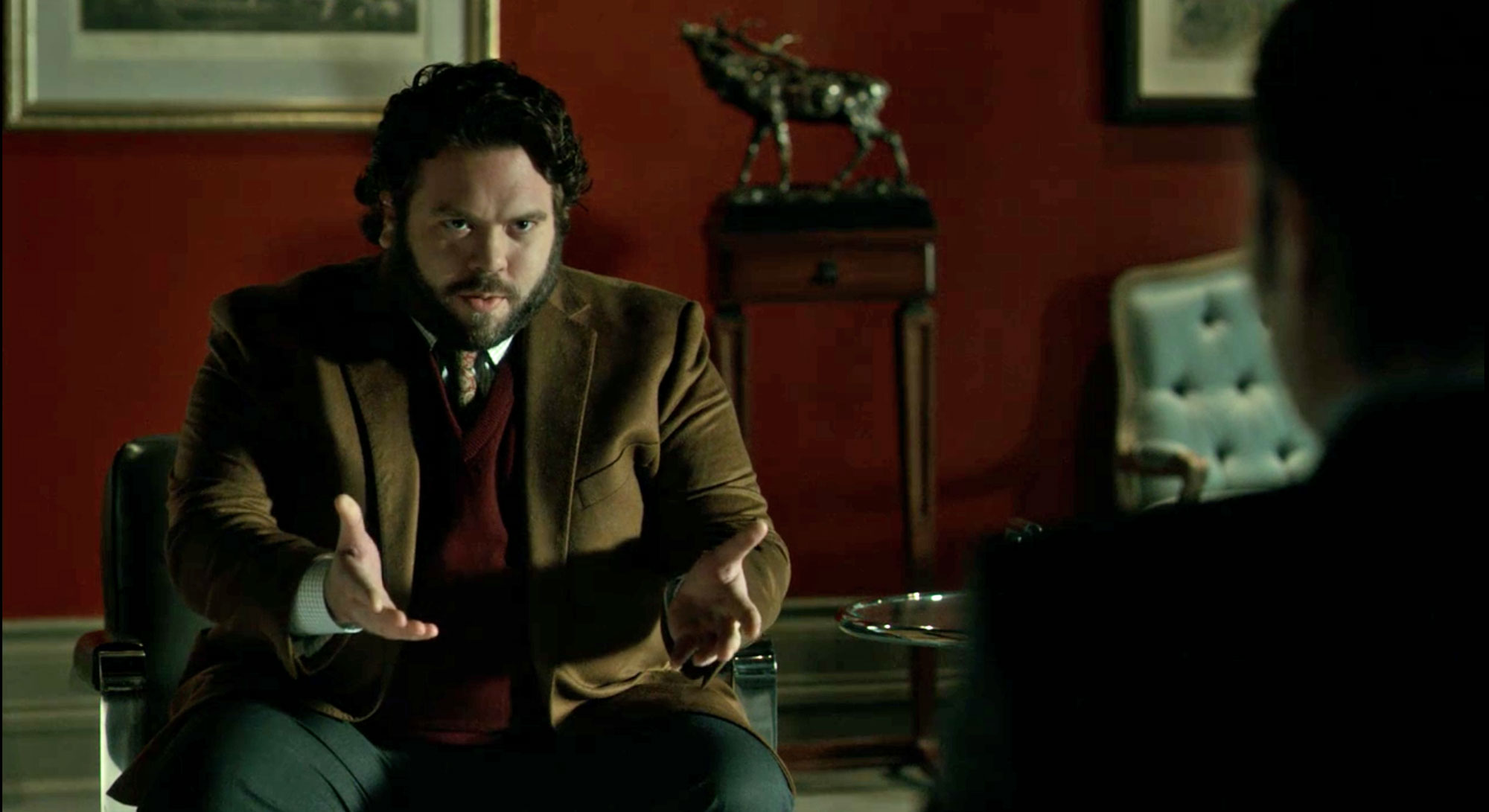 More articles on the Style of Hannibal (season 1) can be found here.