Behind The James Bond Clock Tower From Moonraker

This is a repurposed blog from my long weekend in Venice, visiting the James Bond Clock Tower (Torre dell’Orologio) as featured in Moonraker back in November 2016. Please bear in mind this was a holiday and not a press trip.
I’ve documented as much as I can about the clock tower and have included links to the places we stayed and ate. Click on any photo to follow me on Instagram where you can message me if you have any questions. 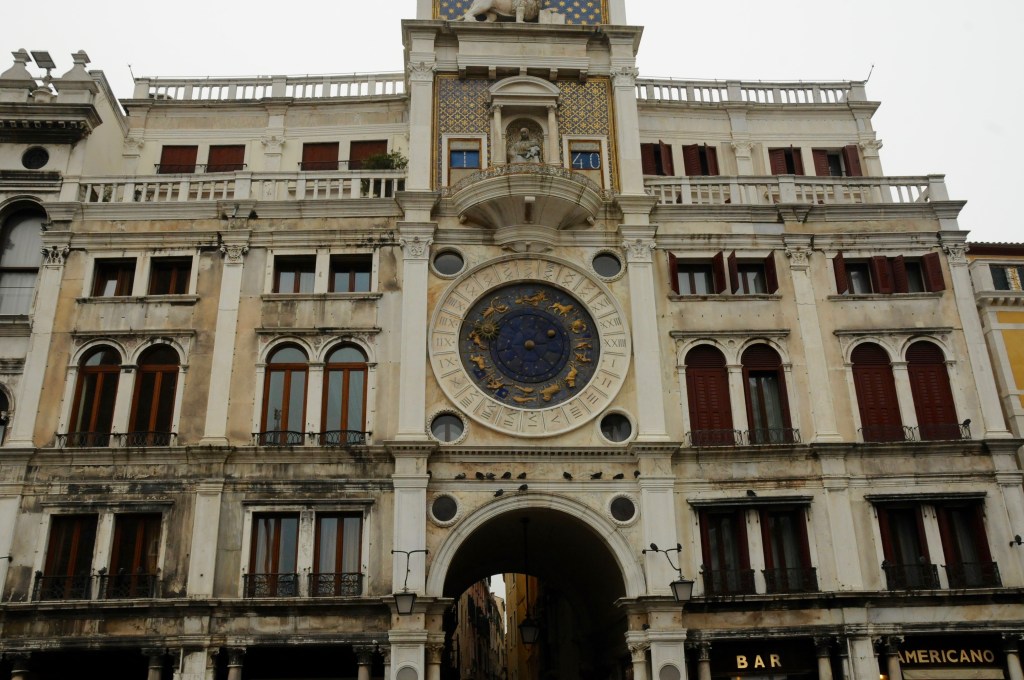 The infamous James Bond Clock Tower otherwise known as Torre dell’Orologio can be easily located on the on the Piazza San Marco. This is where Bond dispatches Chang through a glass clock window 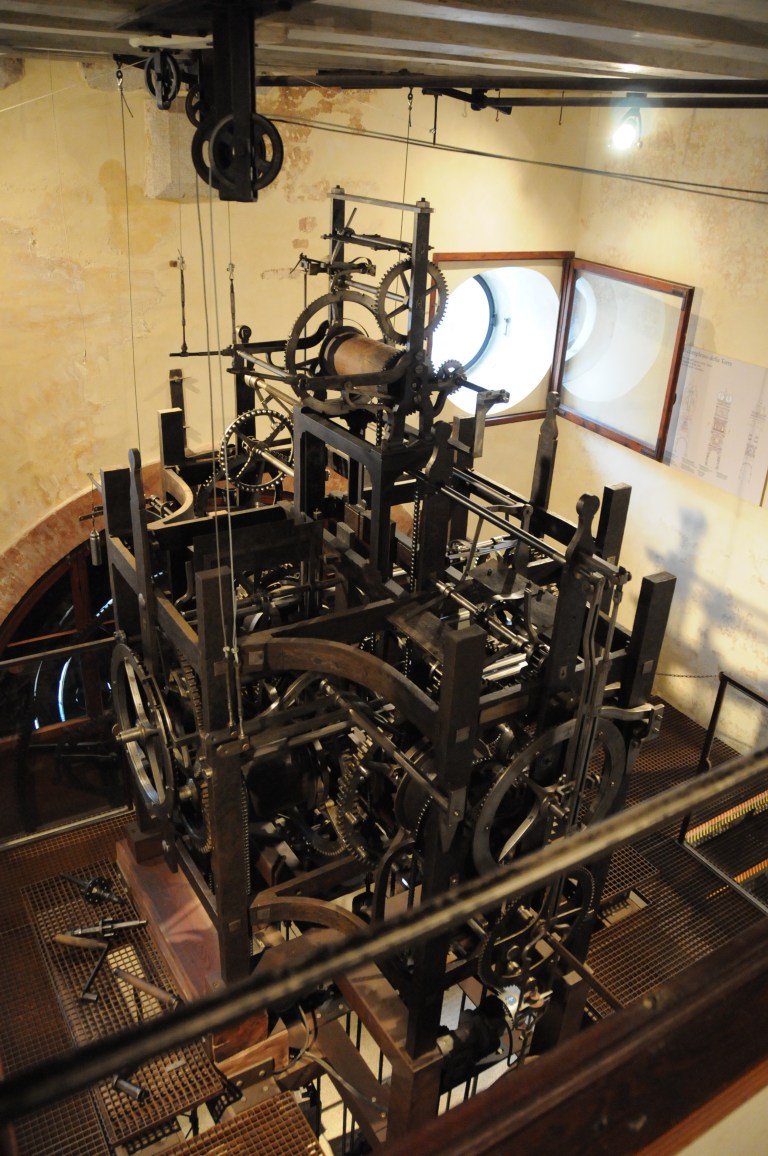 Interestingly in Moonraker, ol’ Rog launches Chang through the clock face, crash landing on a piano below. 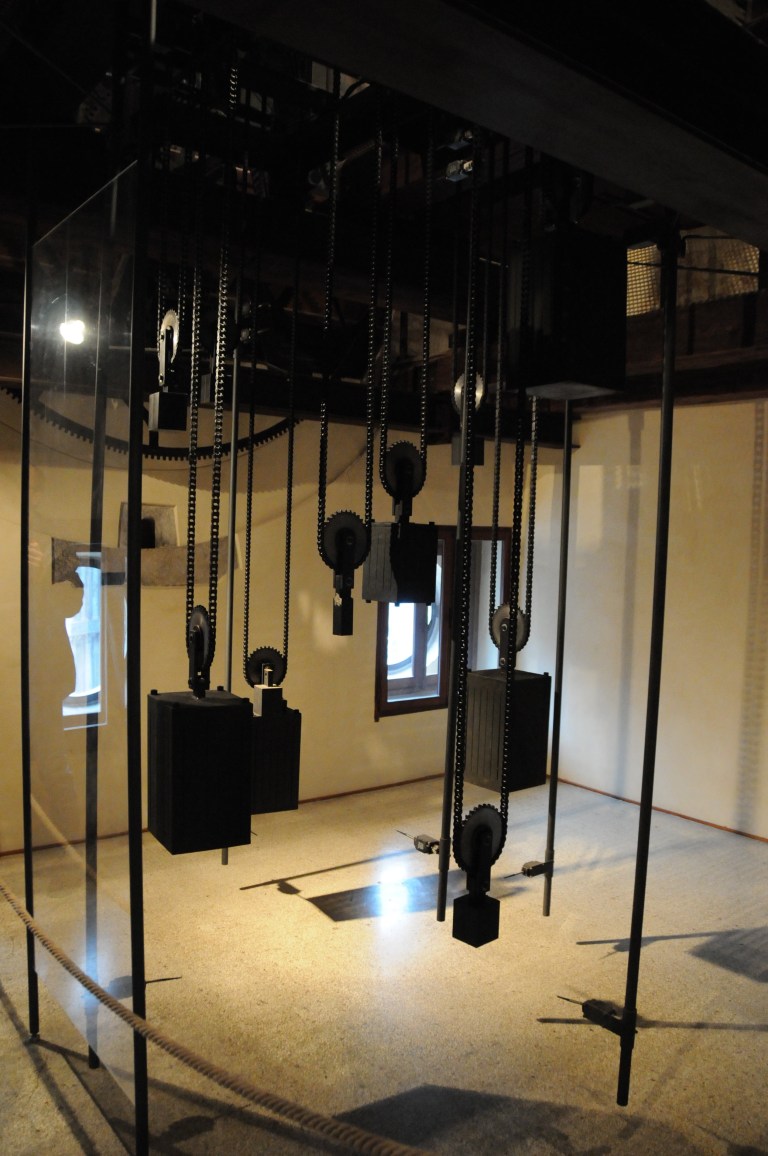 Inside the James Bond Clock Tower

WHY IT COULD HAVE NEVER HAPPENED

However, this would actually be impossible in real life as the clock-face is bricked up, and the face itself, made out of wood. It was only then I realised that James Bond wasn’t real! That James Bond was nothing but a sordid rouse. 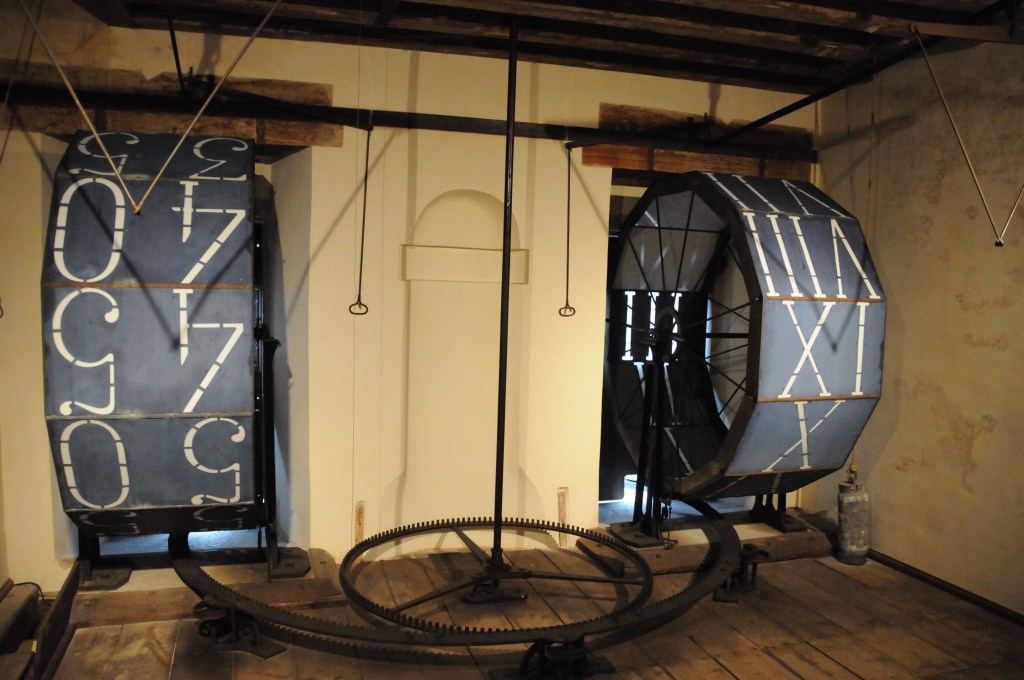 A machiavellian masterpiece concocted to make me drink whisky during the day and behave like a misogynistic bastard. 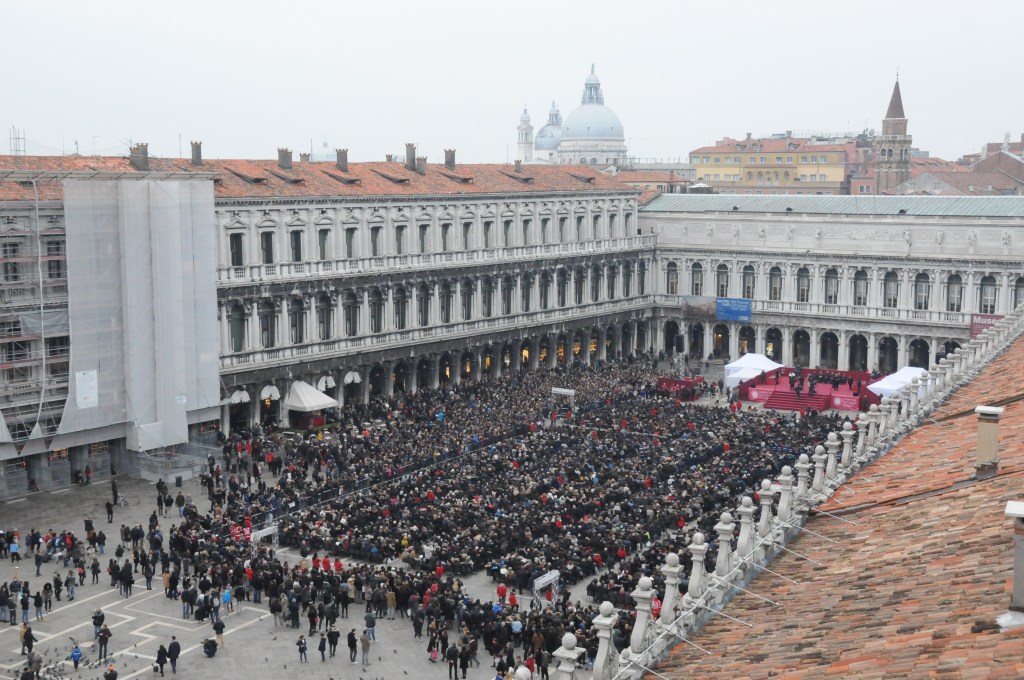 What the tour guide said?

Our tour guide for the Torre Dell’Orologio  (the St Marks Clock Tower) took umbrage with films like Inferno for suggesting there are secret tunnels that run serpentine under the famous museums and cathedrals, intimating a lack of respect for the city.

Inside are some statues of various ecclesial statues 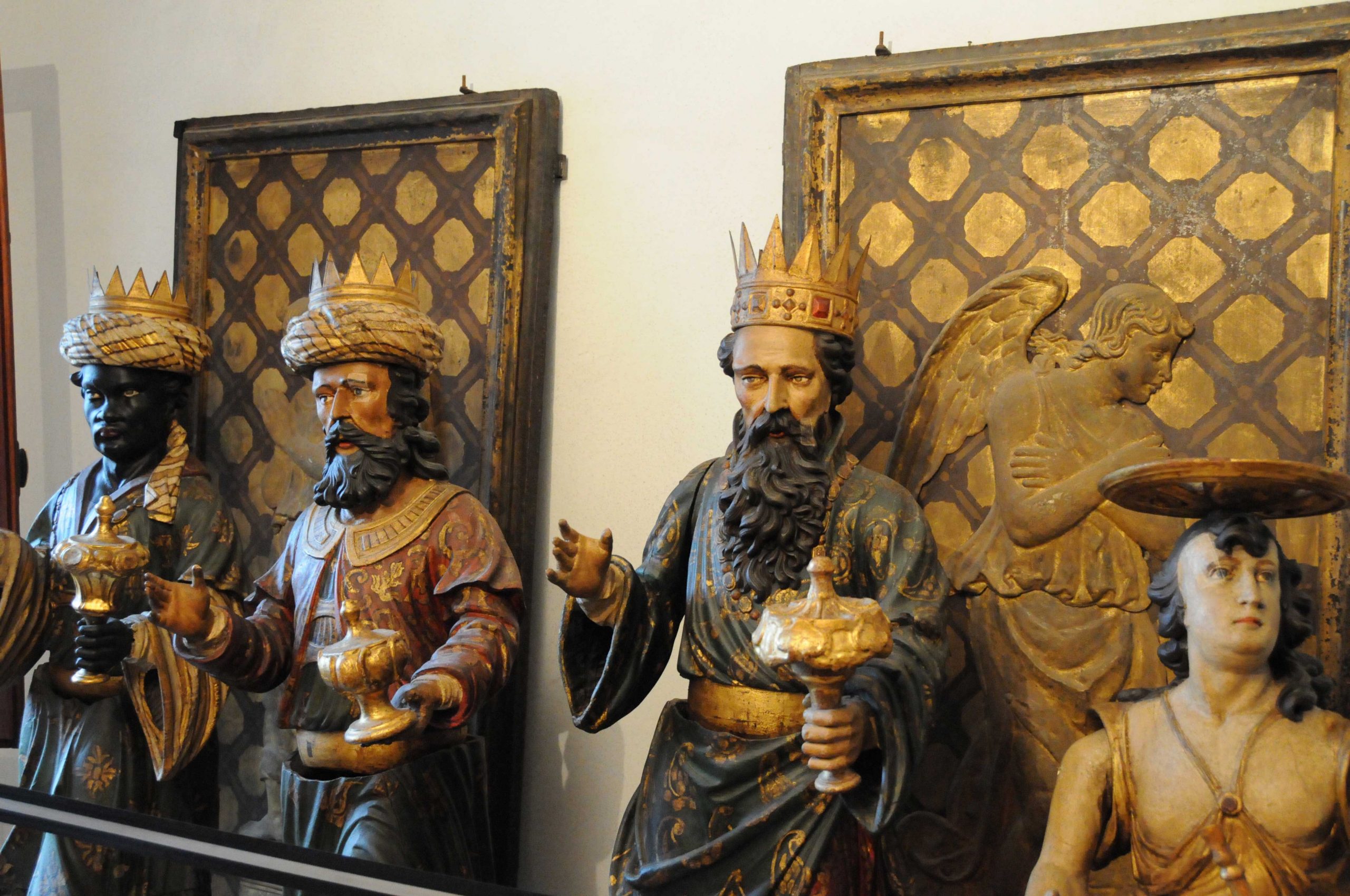 See below the view from the roof. 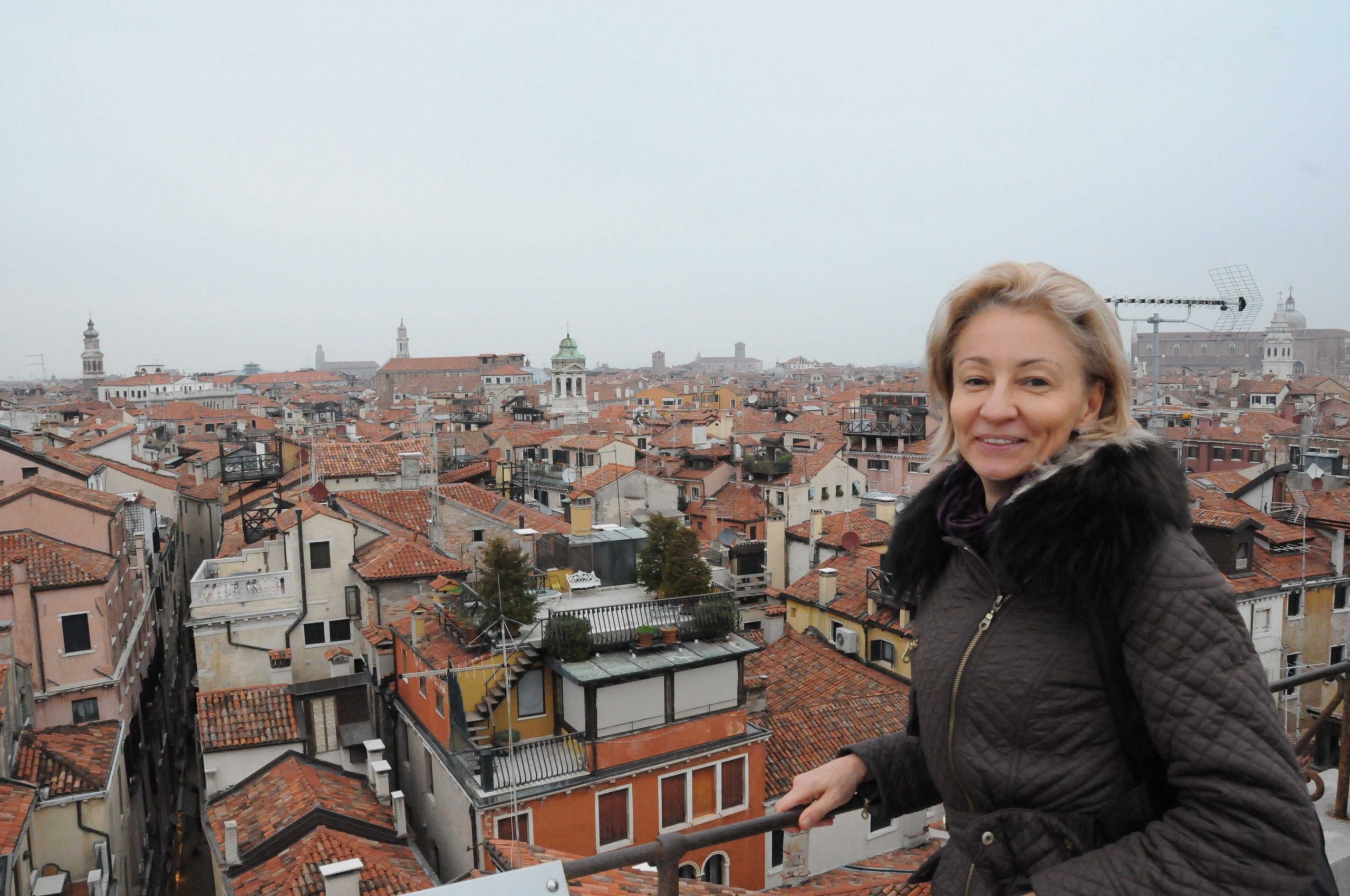 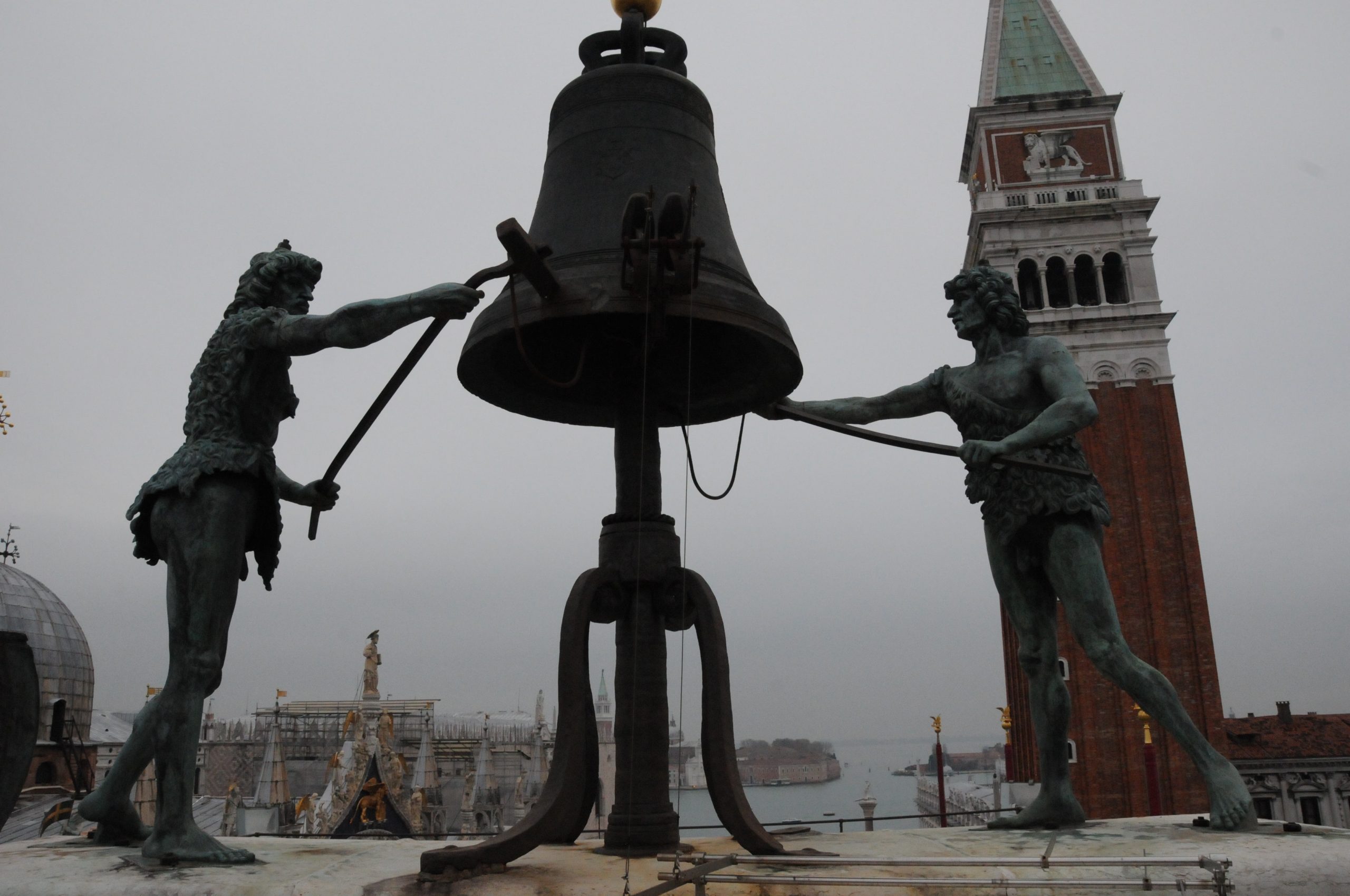 The view from up top the Torre dell’Orologio. 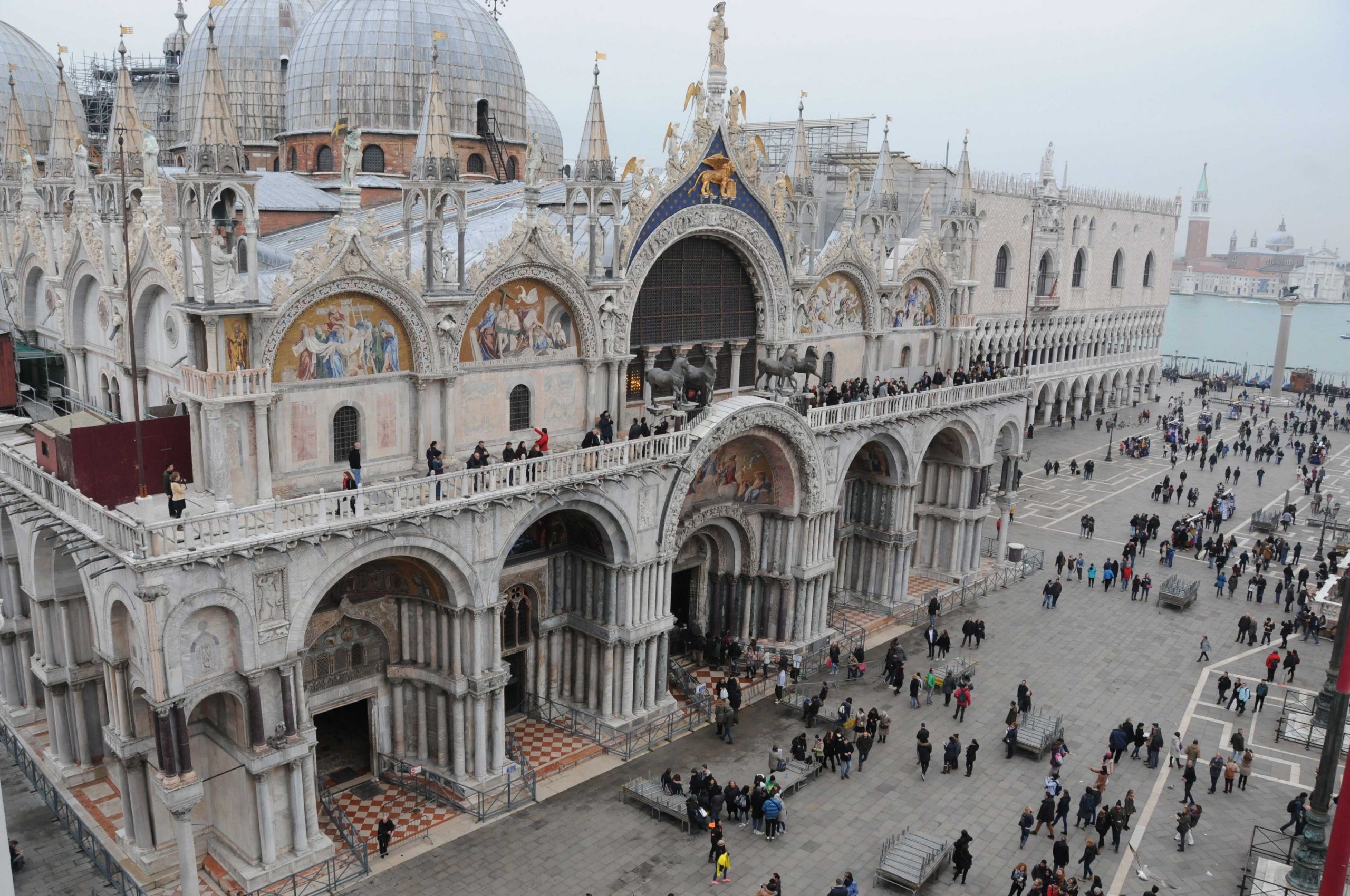 But if any city is susceptible to movie making mythomania, it’s Venice. It looks like something from a film set, each building weathered, rustic, distressed broken-brick, on the piss, on its last legs.

Take any building in isolation you could call it a ruin. Put them altogether then it has a magical, almost Capra-esque film like quality.

We got utterly lost on the way back to the apartment, but this would turn out to be a recurring theme of the trip. 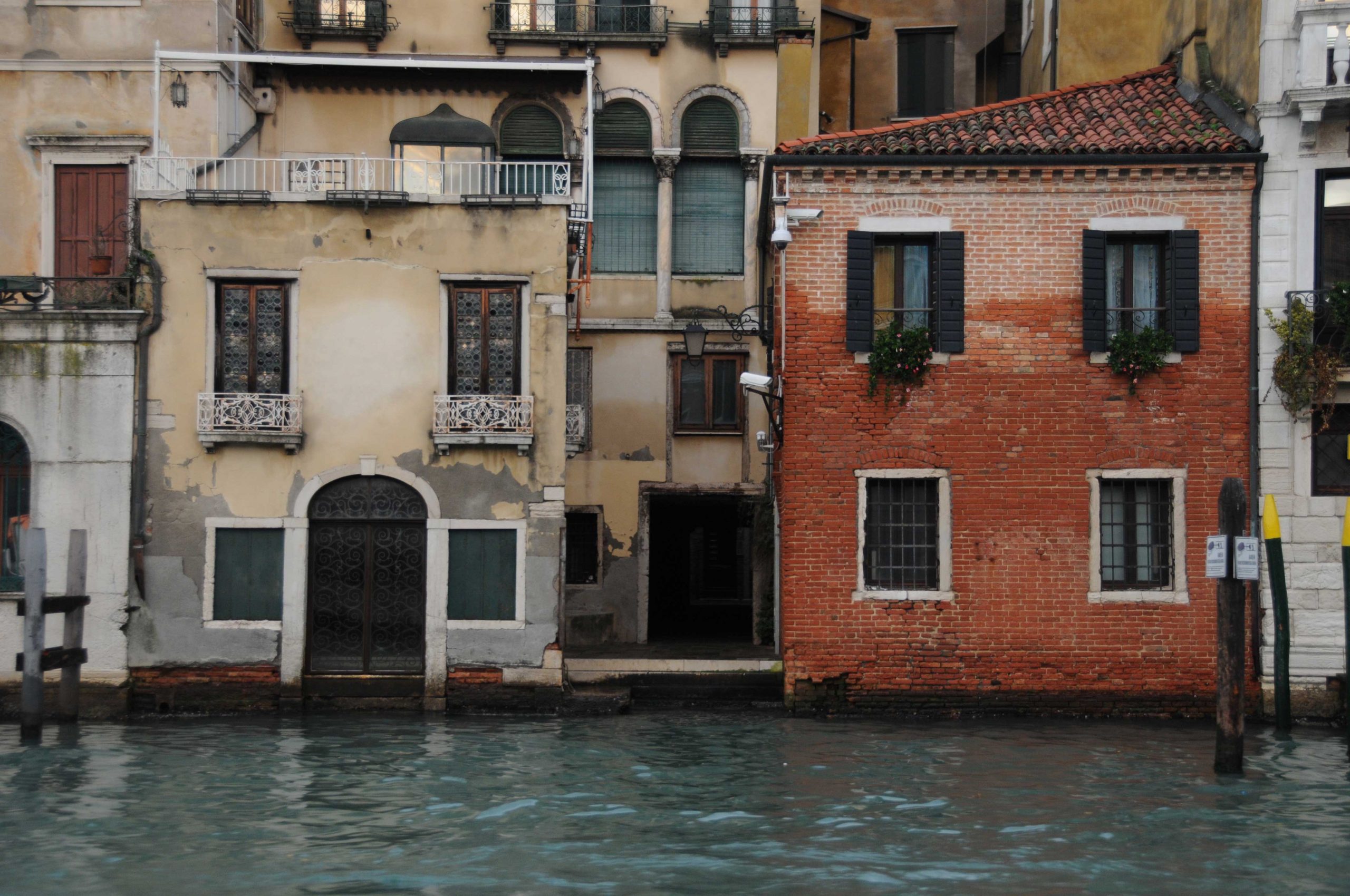 OTHER THINGS TO SEE IN VENICE

With more than 20 million tourists visiting each year, Venice is undoubtedly a city that will be on most peoples bucket lists.

However, aside from the Gondola rides and the welter of photo opportunities, is it really worth the pilgrimage? The lofty prices? Is it worth the hype? Here’s ten reasons for and against. 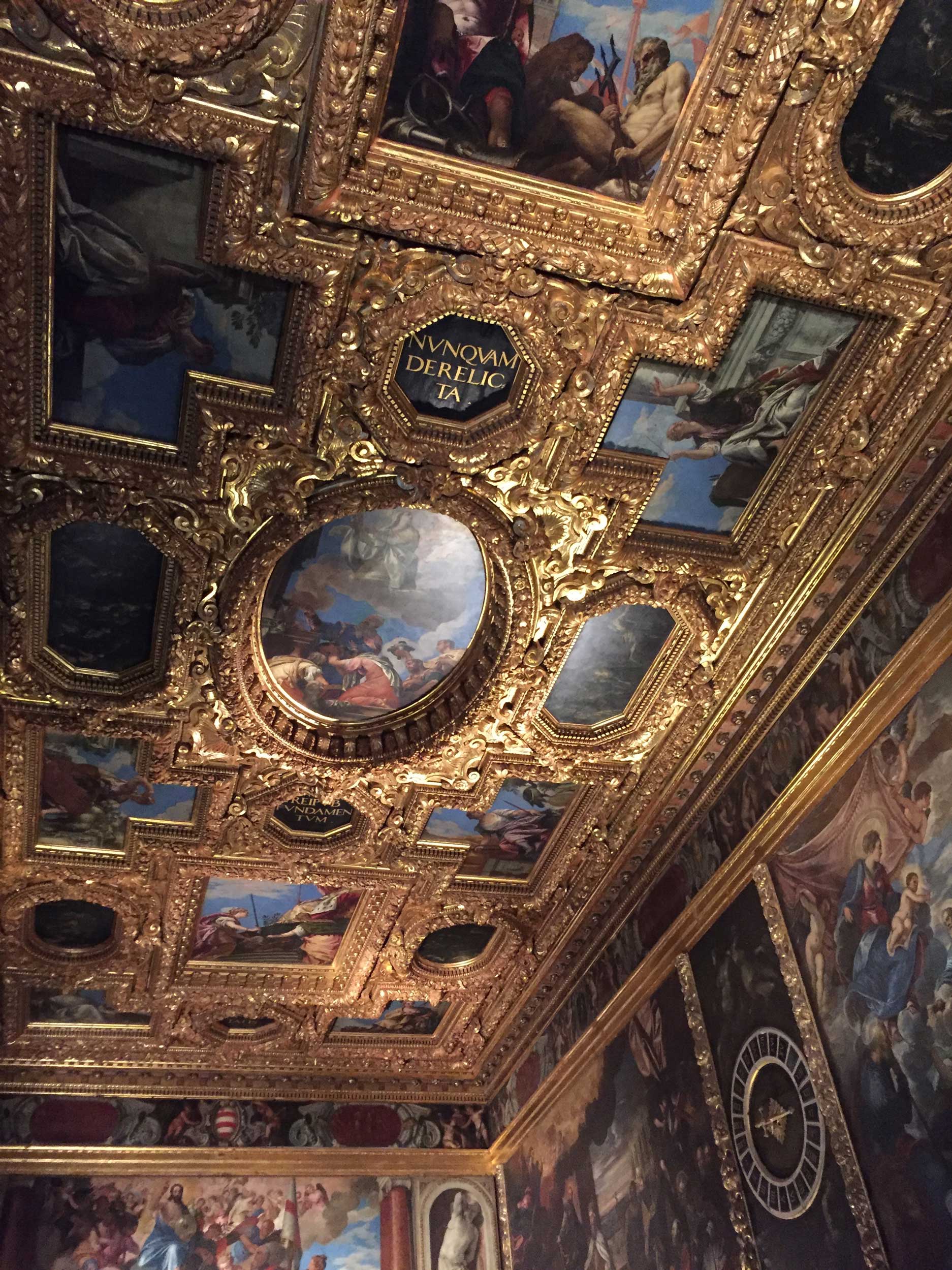 The enclosed bridge made of white limestone that passes over the Rio di Palazzo connecting the New Prison (Prigioni Nuove) to the interrogation rooms in the Doge’s Palace.

Called the Bridge of Sighs because prisoners would take one last look out of the stone-barred window before being beheaded, or prison. Can’t remember which. Maybe both. 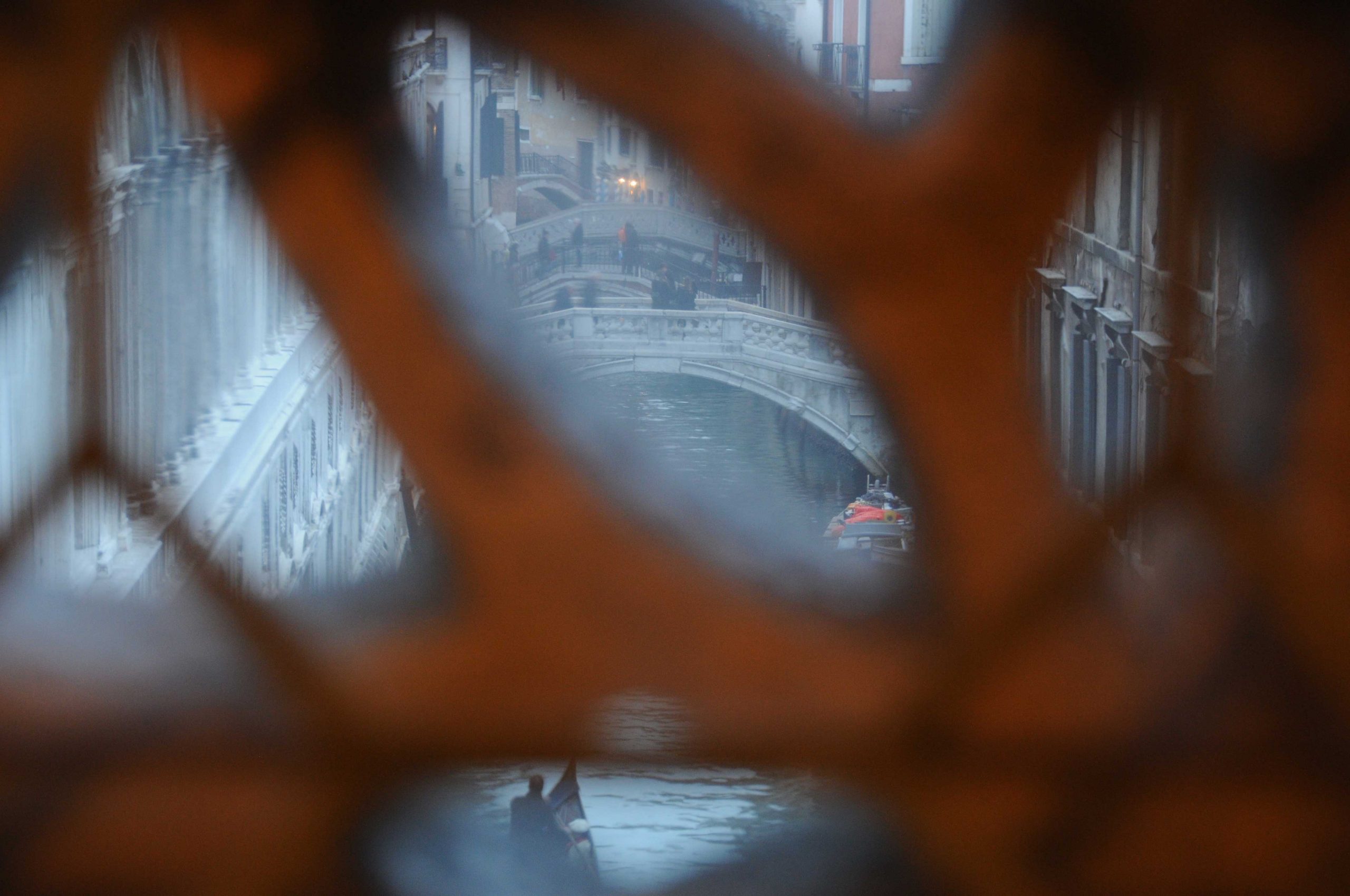 Get the bus from the airport to the mainland in Venice. It’s €20 return and takes 20 minutes. Apparently free wi-fi on the coach but they want to know everything down to your last sperm count. 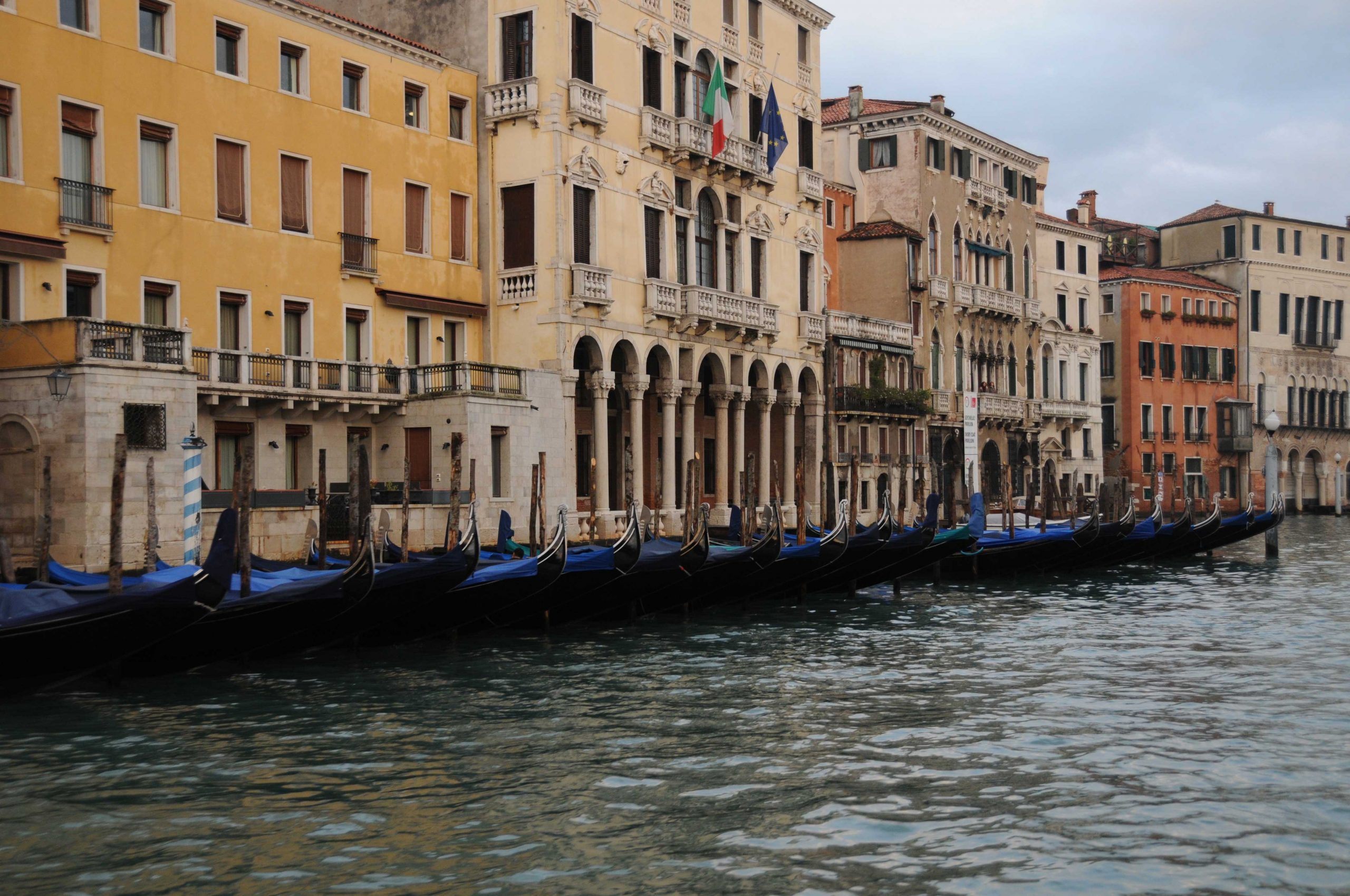 We stayed in the Alberghiera Venezia because it was a five minute walk from the bus station. If you arrive after 7pm there’s a late check-in fee, of €40 which I thought was harsh but apparently parr for the course.

It’s cheap at €180 for three nights, (out of season prices). These go up to €350 a night during peak season. The apartment was plenty big enough, clean, quiet and running hot water. The wi-fi was slow to the point of non-existent. That’s life sometimes.

We ate like Gremlins after midnight at the Al Vecio Bragosso without a booking. A wonderful find, although I should say they don’t open beyond midnight, the Gremlins thing is a reference. Nevermind. 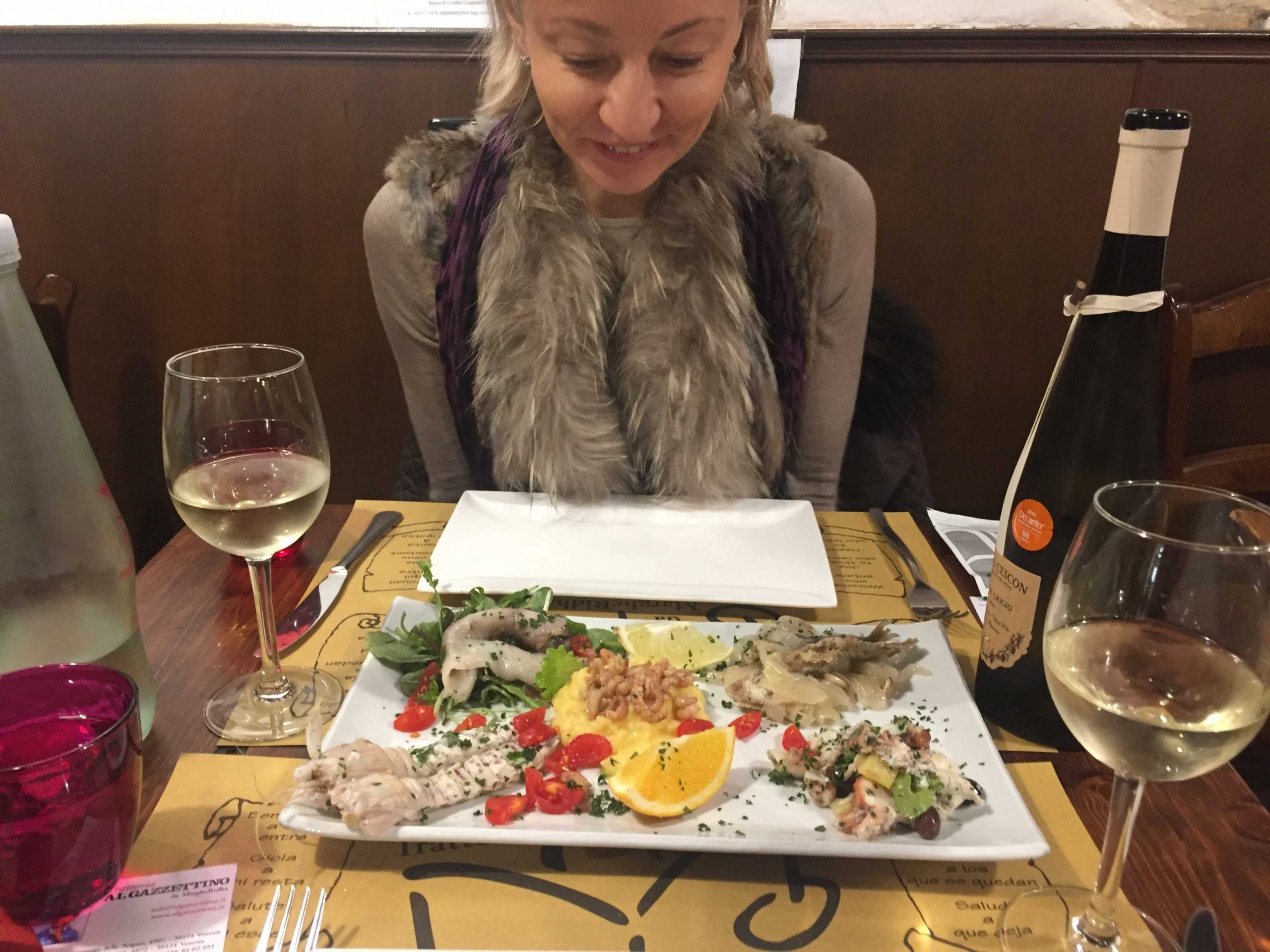 With no cars polluting the city, one of the first things you’ll notice upon arrival is just how fresh and breathable the air is.

Especially on the canals and on the water taxis and in the more exposed areas between the islands in the lagoon. 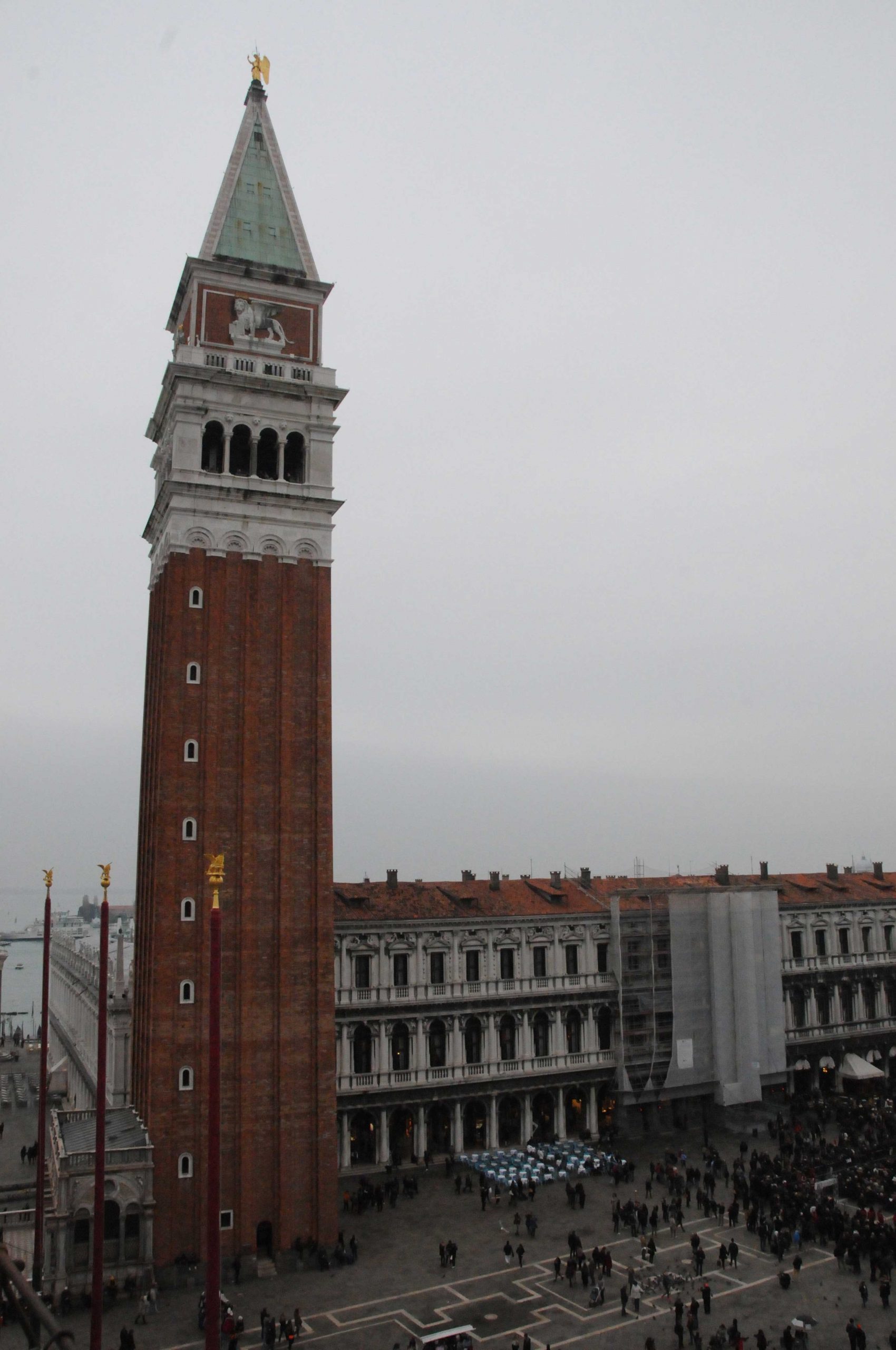 WHAT ARE THE BEST MUSEUMS IN VENICE?

Only a couple of places in the world can rival some of the collections that Venice has to offer. From the infamous frescos that adorn the majestic ceilings of the Doge’s Museum, to the current Tancredi collection in the Guggenheim museum.

An artist often compared to Van Gogh for being a troubled genius who shared the same tragic fate.

The Correr museum in St Marks Square also gives the history of the MOSE project, an $8.8 billion dollar project designed to temporarily separate the Venetian Lagoon from the Adriatic Sea when unusually high tides occur. 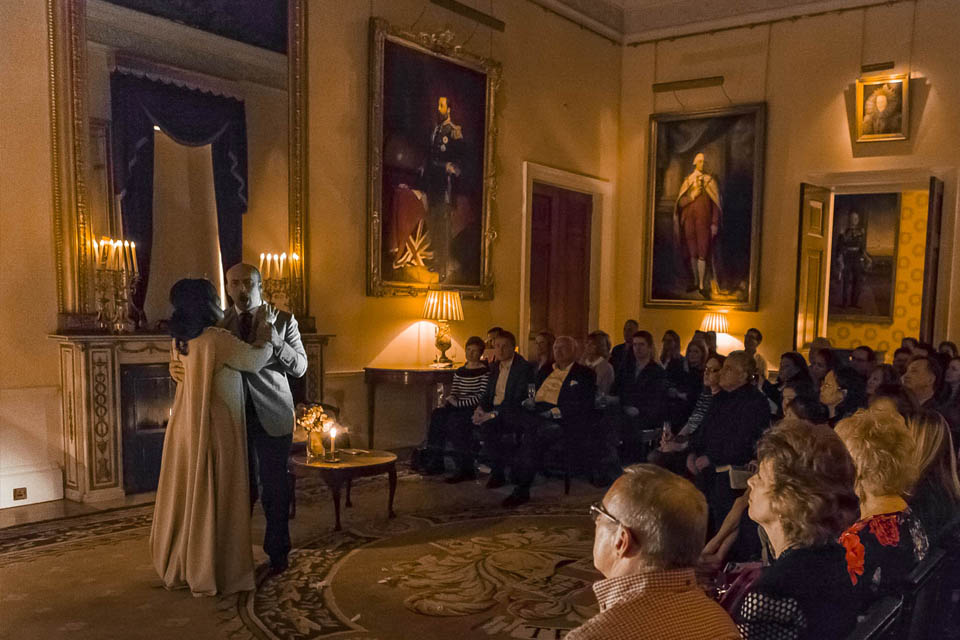 THE BEST THINGS TO SEE IN VENICE?

The Musica a Palazzo is a travelling opera show and each act is set in a different hall of one of the most fascinating Venetian palaces: Palazzo Barbarigo Minotto.

Depending on which night you attend you could see one of three performances. The most popular being La Traviata by Giuseppe Verdi which has strong links with Venice.

During the first scene the small audience are actually playing the role of the Violetta’s guests (Traviata): she drinks a toast with them and among these she will meet Alfredo.

BEFORE TRAVELLING TO VENICE MAKE SURE..

If you’re heading over to Murano to see some of the Murano Factories then you’ll need to ensure you’ve got there on a week day as they are closed for the weekend. 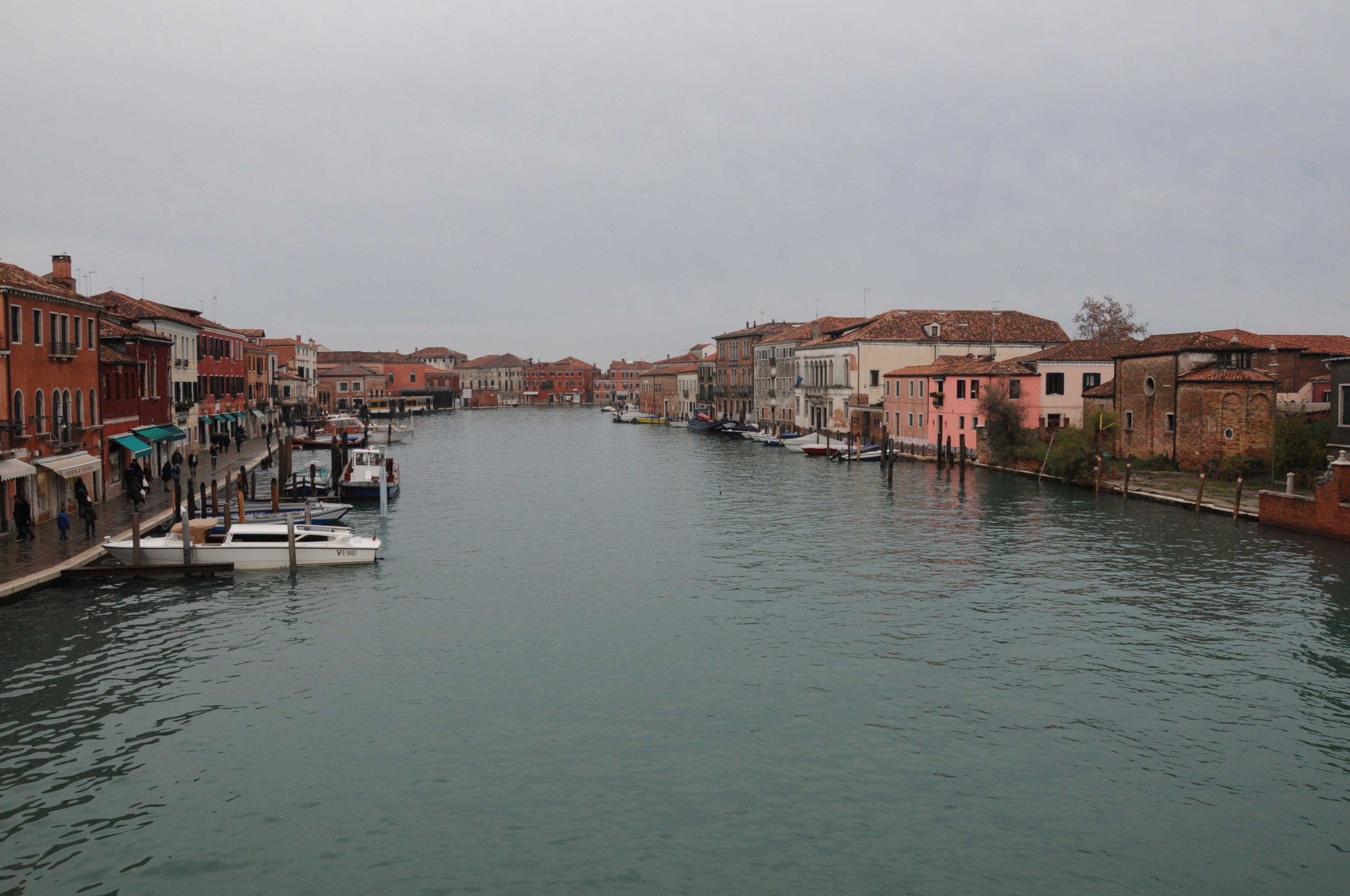 Good to know about weekend closures

The island itself is beautiful and the outlets along the canal are festooned with innumerable chandeliers and glass-shaped trinkets, cups and gondolas.

However if you’re just in Venice for the weekend the Murano Factory tour won’t be on the itinerary. 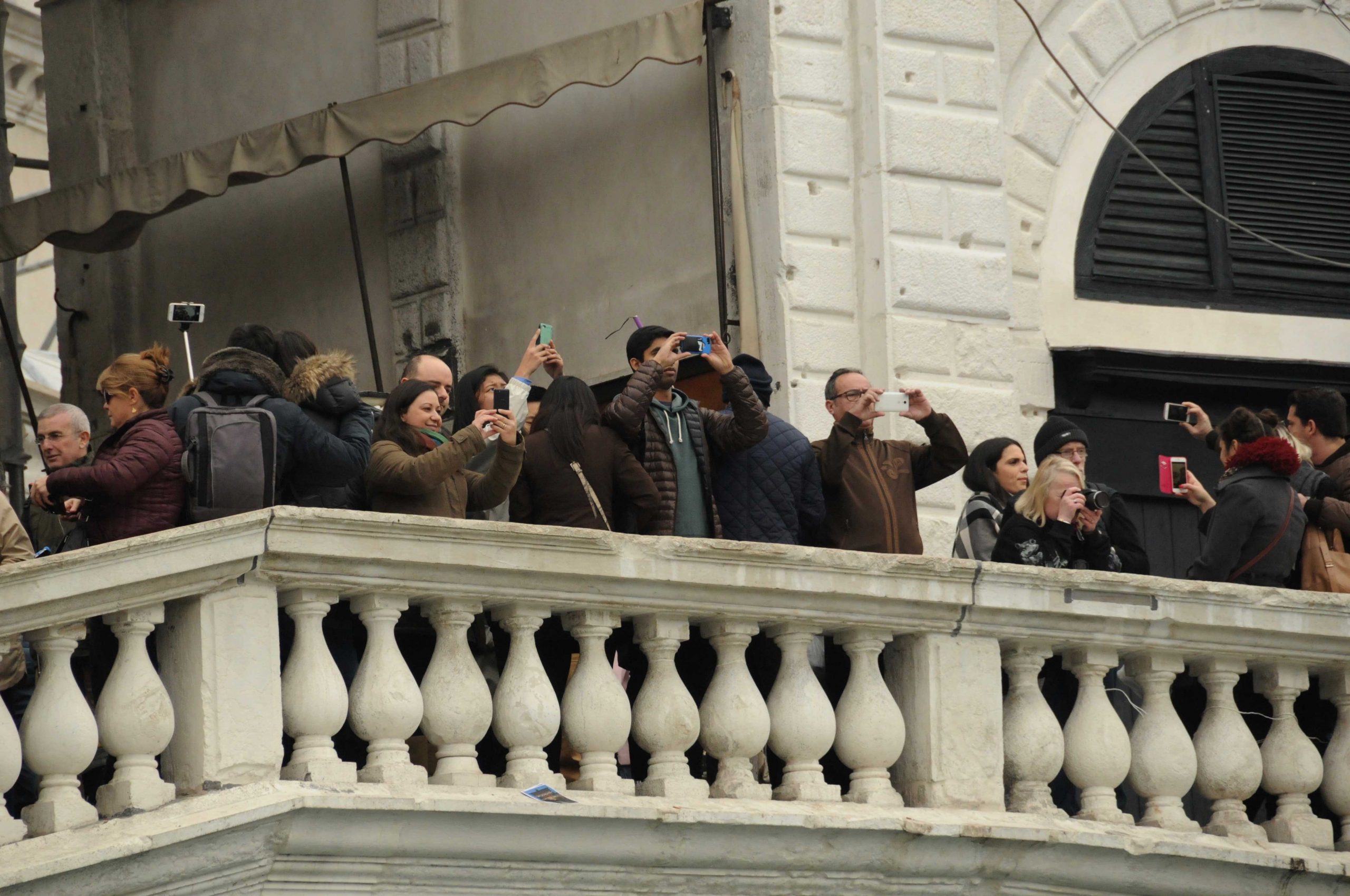 IS VENICE TOO TOURISTY?

It will be an arduous task to negotiate your way around Venice without accidentally photobombing someones perfect holiday snap.

The Rialto bridge is not only book-ended with the homeless and selfie-stick vendors, but possibly the most congested spot for tourists looking to get that ultimate romantic selfie. 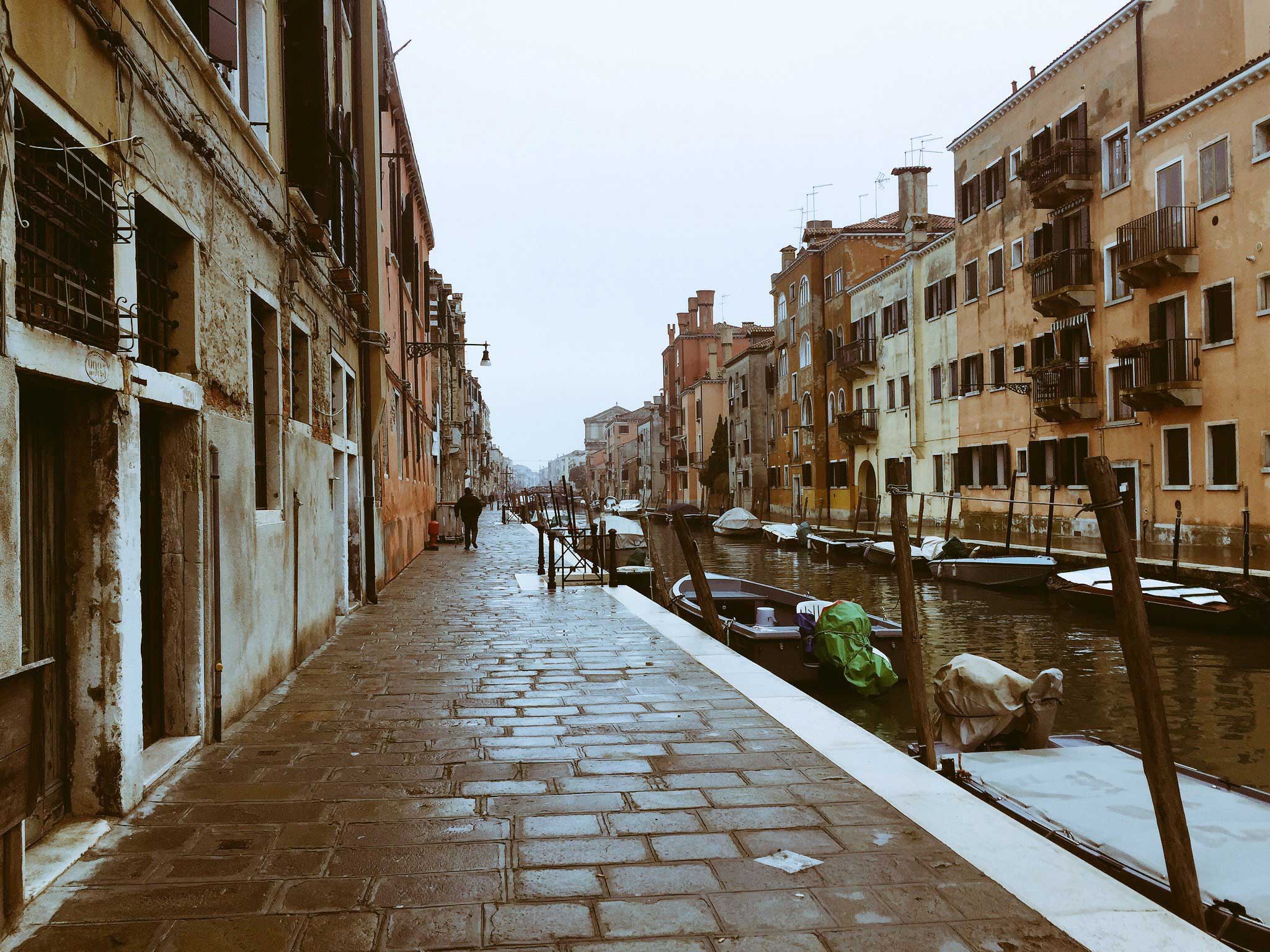 The shops in Venice are predominately leather bag shops, Murano Glass souvenir outlets with the odd clothing or quill and pen atelier.

If you’re just looking to have a nose around, you’ll find the majority of shop assistants are eager to close any deal, like they’ve been binge watching episodes of The Apprentice.

Typically the exchanges will be pressurised and uncomfortable, especially if you’re merely just window shopping. 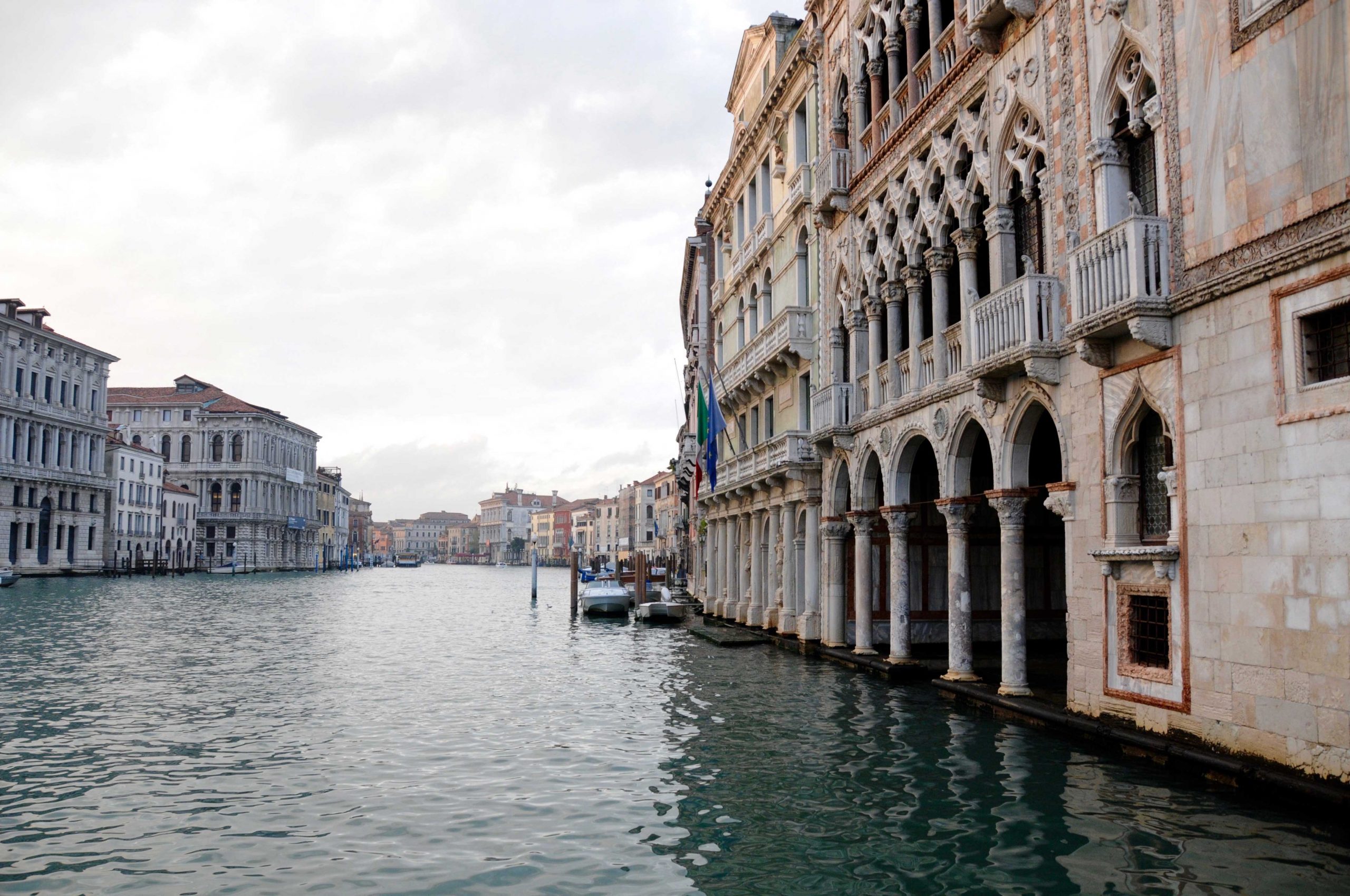 As ever make sure you have the On The Tracks of 007 book to hand if you’re looking for James Bond Locations in Venice. (In my collection).